The first - and only - wedding held in SPACE (PHOTOS) 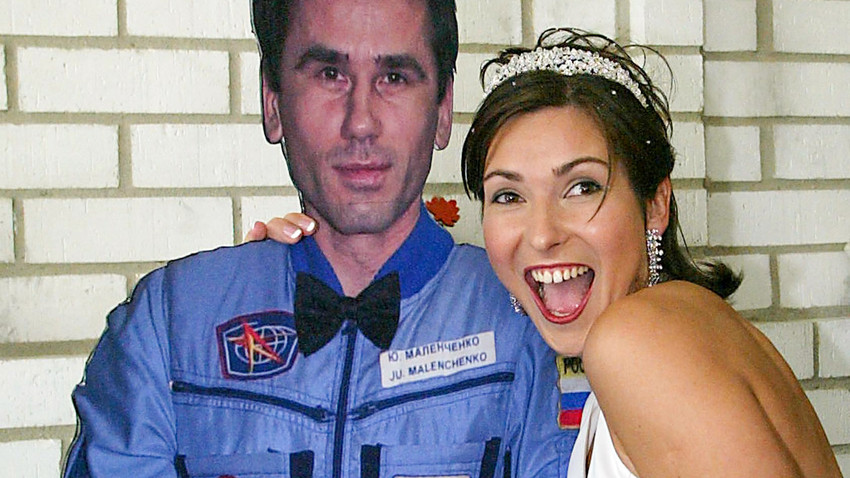 James Nielsen/Getty Images/AFP
In 2003, a Russian cosmonaut married a U.S. citizen while still on a space mission. The event had some repercussions.

The bride is a tall brunette in a classic wedding dress, ordered from the most prestigious wedding salon in Houston. She enters the hall, where about 200 guests have gathered, to the accompaniment of David Bowie’s song ‘Absolute Beginners’ and smiles radiantly at the groom on the video conference monitor - who is 402 km over New Zealand in space. She puts on her wedding ring herself and blows him a kiss. He does the same.

The date is August 10, 2003. The couple are Ekaterina Dmitrieva, a U.S. citizen of Russian descent, and Russian cosmonaut Yuri Malenchenko, who got married via a satellite video link. She was at NASA headquarters, wearing her white dress. He was on the International Space Station, wearing his standard uniform, to which he had added a bow tie to mark the festive occasion.

Although, technically, only one half of the couple was actually in orbit, the first ever “wedding in space” is still one of a kind. And its consequences made themselves felt years later.

During his professional career, Yuri Malenchenko, born in 1961, went on five space missions and spent more than two years in orbit in total. He is number two in the ranking of cosmonauts who have spent the longest in space (having clocked 827 days and nine hours) and is a holder of Russia’s highest award, the title of ‘Hero of Russia’. But, ironically, he owes his fame not to his professional record, but to his space wedding.

Yuri was 41 when he met 27-year-old Ekaterina in Houston at a party in honor of Yuri Gagarin and the first ever manned space flight. Ekaterina had emigrated to the United States from the USSR with her parents when she was four years old. Her mother worked at NASA as an orbital programs specialist and her father taught at one of the universities in Texas. At the time, Yuri was training in Houston as a crew commander before his third space mission. He proposed four months before the start of the mission. 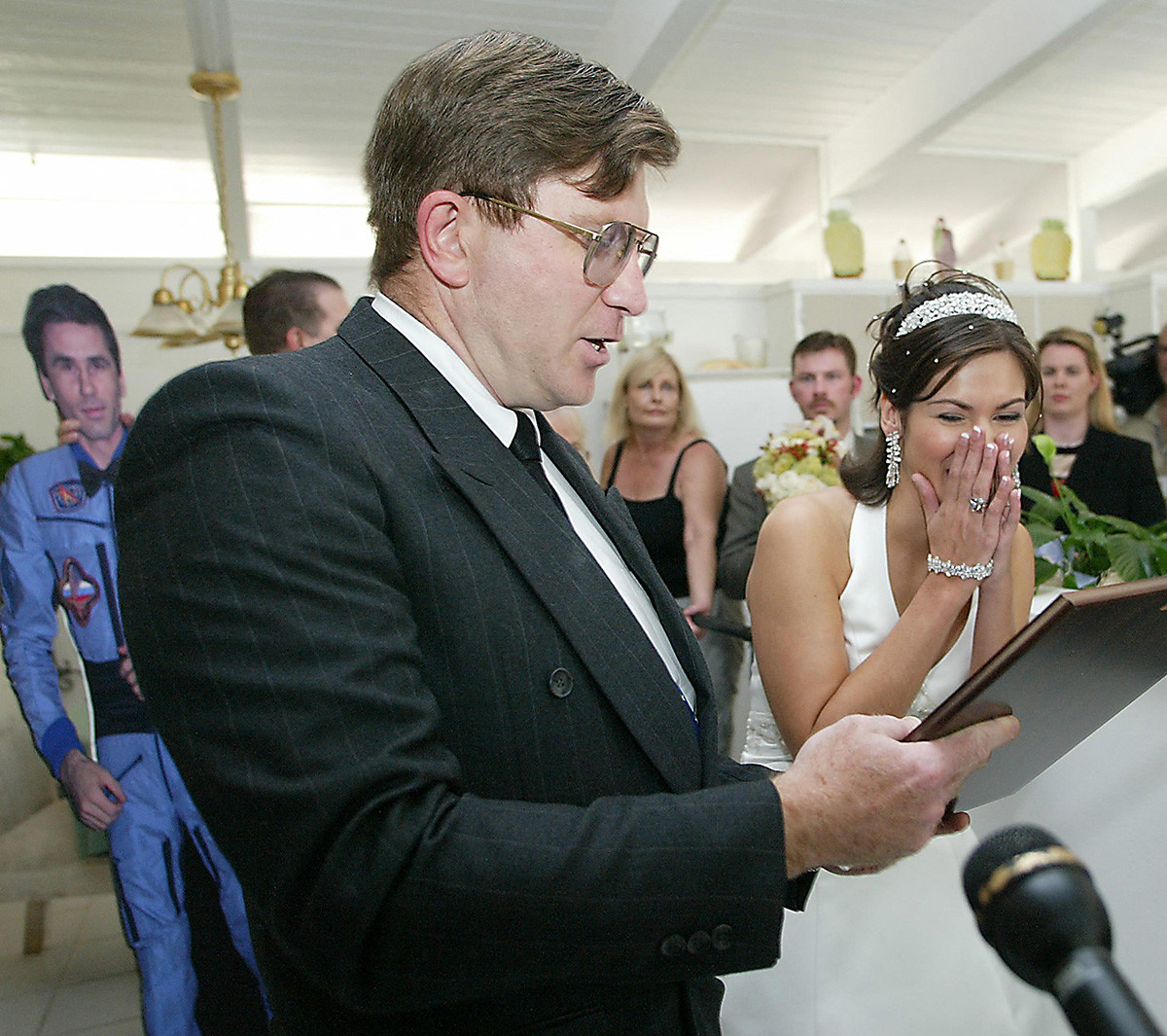 The wedding was scheduled for August, when Yuri was due to be back from his flight. However, the mission was extended until the end of October, which the cosmonaut learned when he was already in orbit. But there could be no talk of postponing the ceremony: Yuri’s profession was a dangerous one and anything could happen before his return, especially as the space shuttle Columbia disaster (in which all seven crew members died 16 minutes before landing) had happened less than six months previously.

However, the Russian side was not convinced by this reasoning. The reaction of the Rosaviakosmos (Federal Space Agency) and the Russian Mission Control Center was harsh. “Unfortunately, Yuri put us in a very awkward position. He did not warn us about this at all. While his fiancée sought permission from the authorities and officially notified NASA, Yuri chose to act differently. He did not say anything before the flight, but called us from orbit and presented us with a fait accompli,” Sergey Gorbunov, the then press secretary of Rosaviakosmos, said. 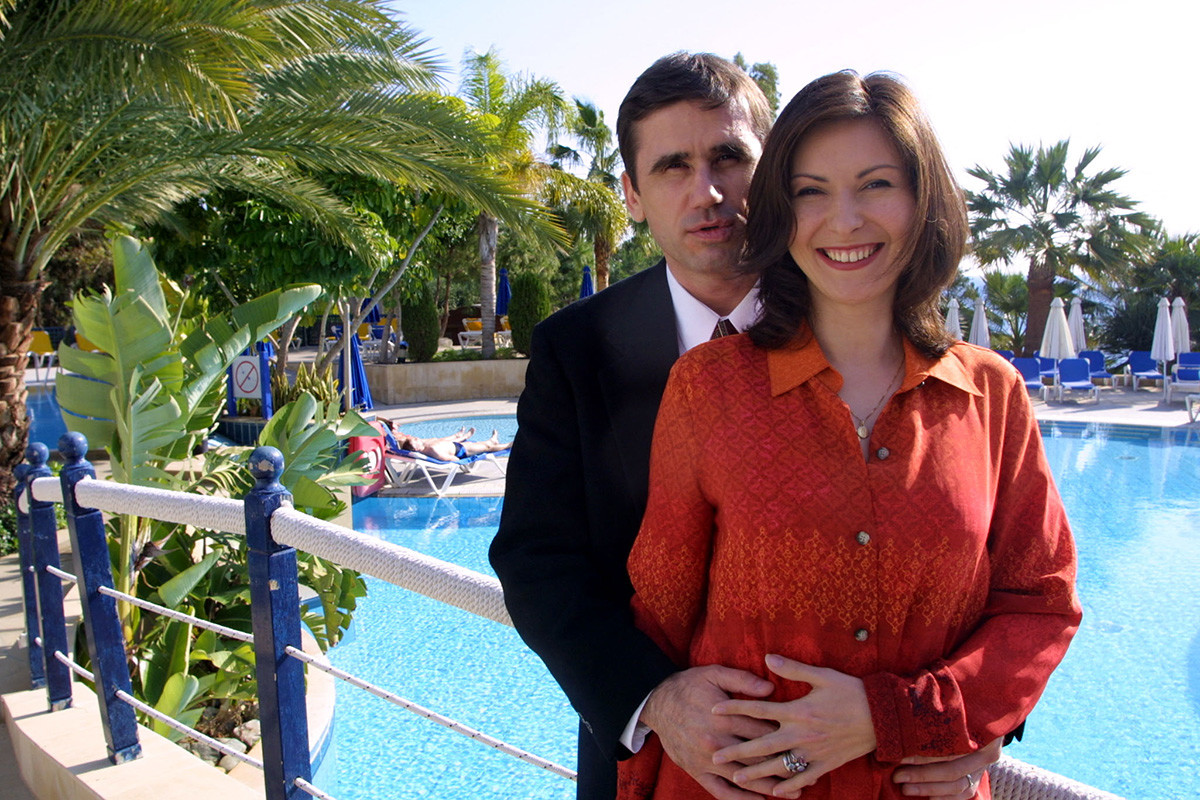 “We did not forbid him to do it, but he must behave like a cosmonaut, not like a movie star,” said Colonel General Vladimir Mikhailov, commander of the Russian Air Force. The argument was that an active Russian officer, who had access to state secrets, was required to first obtain permission to marry a citizen of another state and to do it only on the ground.

But Yuri Malenchenko had a different opinion.

The couple were supported by the leadership of NASA. Under Texas laws, marriage can still be registered if the groom cannot be present for a valid reason. The couple were allowed to have the ceremony at the NASA mission control center in Houston. 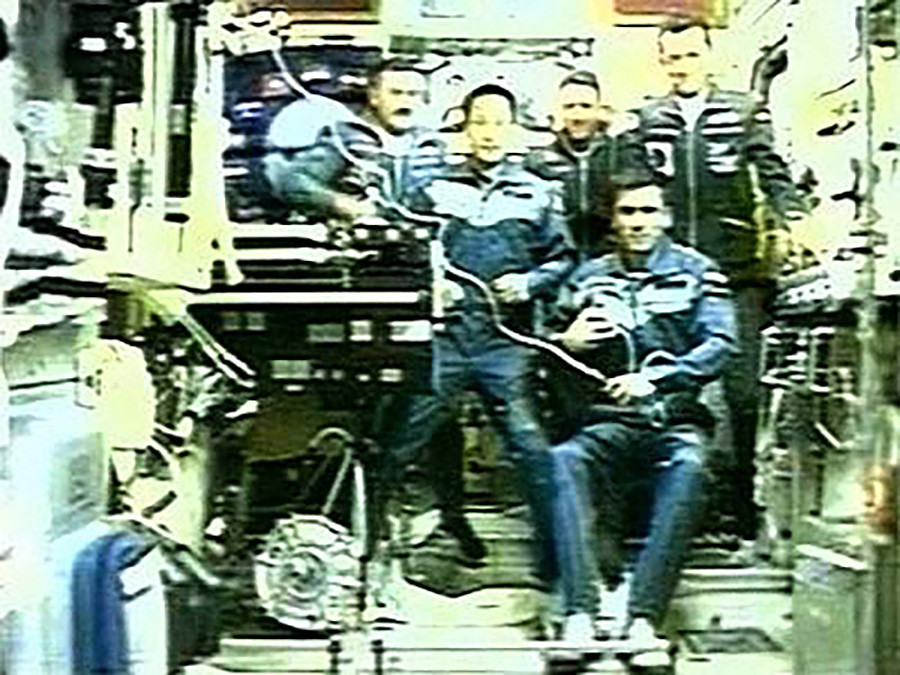 To this end, on the day of the wedding, a video conference with the ISS was set up, which was officially classified as a private family conference and was therefore not broadcast publicly on NASA television. Earlier, a bow tie and a wedding ring had been delivered to the ISS in a parcel on a Progress cargo spacecraft: the ring was identical to the one Ekaterina had – with precious stones set in gold in the form of planets, the Sun and the ISS itself.

The whole ceremony took 25 minutes. “About a third of the guests spoke Russian,” one NASA employee recalled. Instead of Malenchenko, the documents were signed by his authorized lawyer. American astronaut Edward Lu, the second member of the expedition to the ISS, witnessed it and performed Mendelssohn’s ‘Wedding March’ on a portable synthesizer in space, which Joanne Woodward, the organizer of the space wedding, described as “very sweet”. 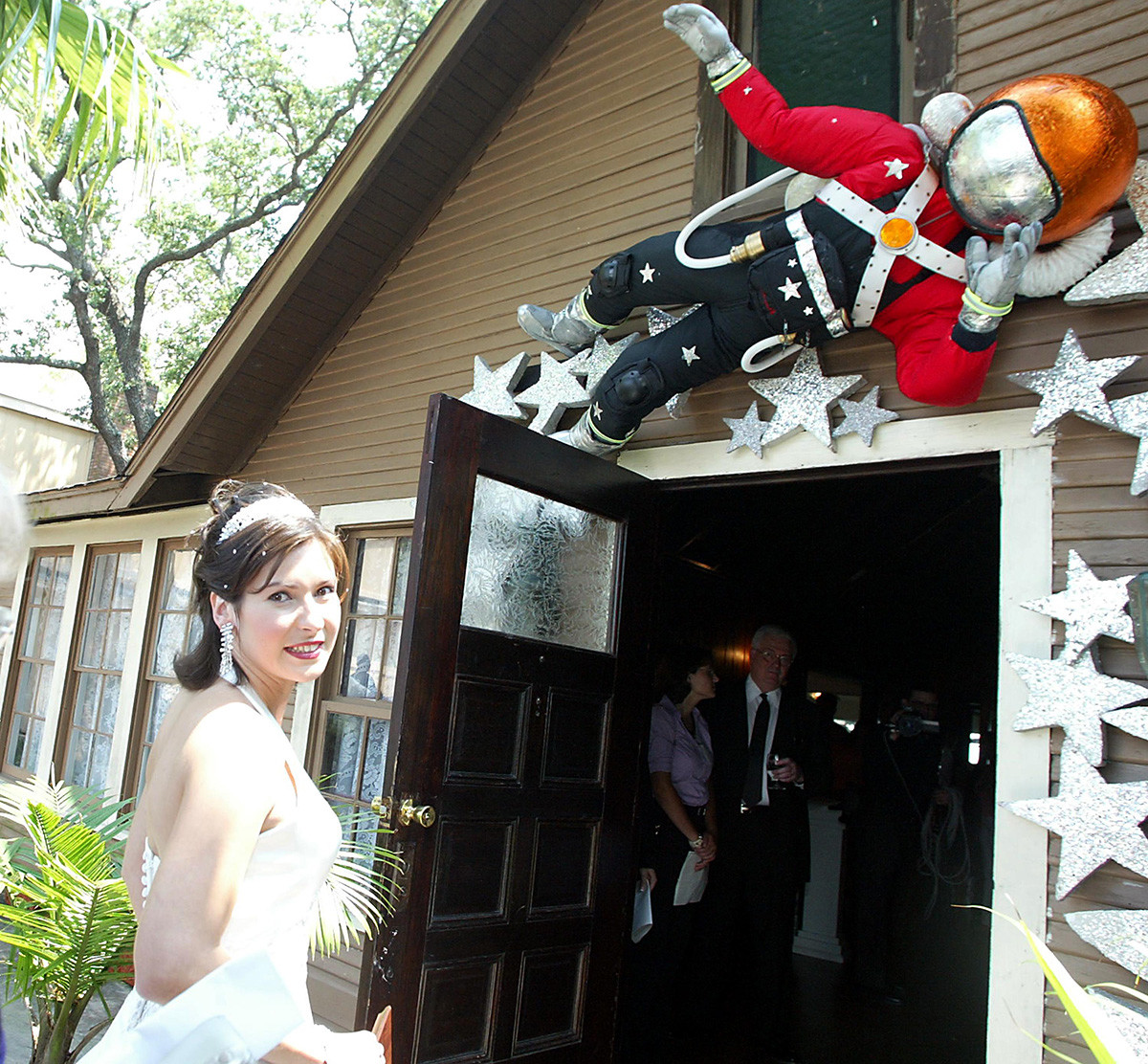 “As Yuri was further away, he was closer to me because of the communication we have,” Ekaterina Dmitrieva told The New York Times on the day.

After the ceremony, Ekaterina and her guests went to the Italian restaurant Villa Capri in Clear Lake near Houston, where… a life-size plywood cutout Malenchenko was waiting for them. 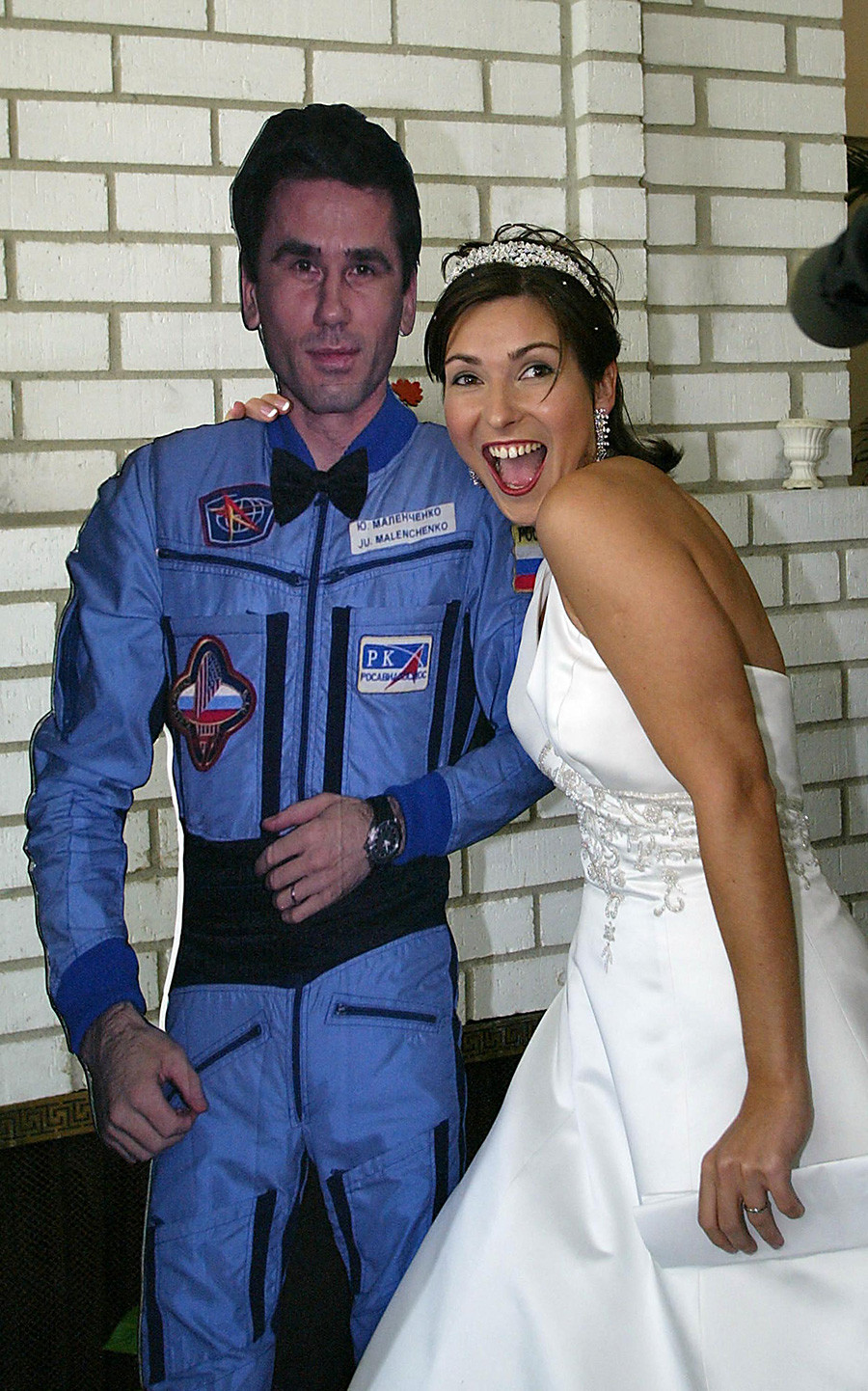 On that day, the Russian Mission Control Center never got in touch with the groom, saying that the wedding was his private business, so there was no cause to spend any state resources on that. “We will not be holding any press conferences or fireworks on this occasion,” Sergei Gorbunov said.

No more weddings in space 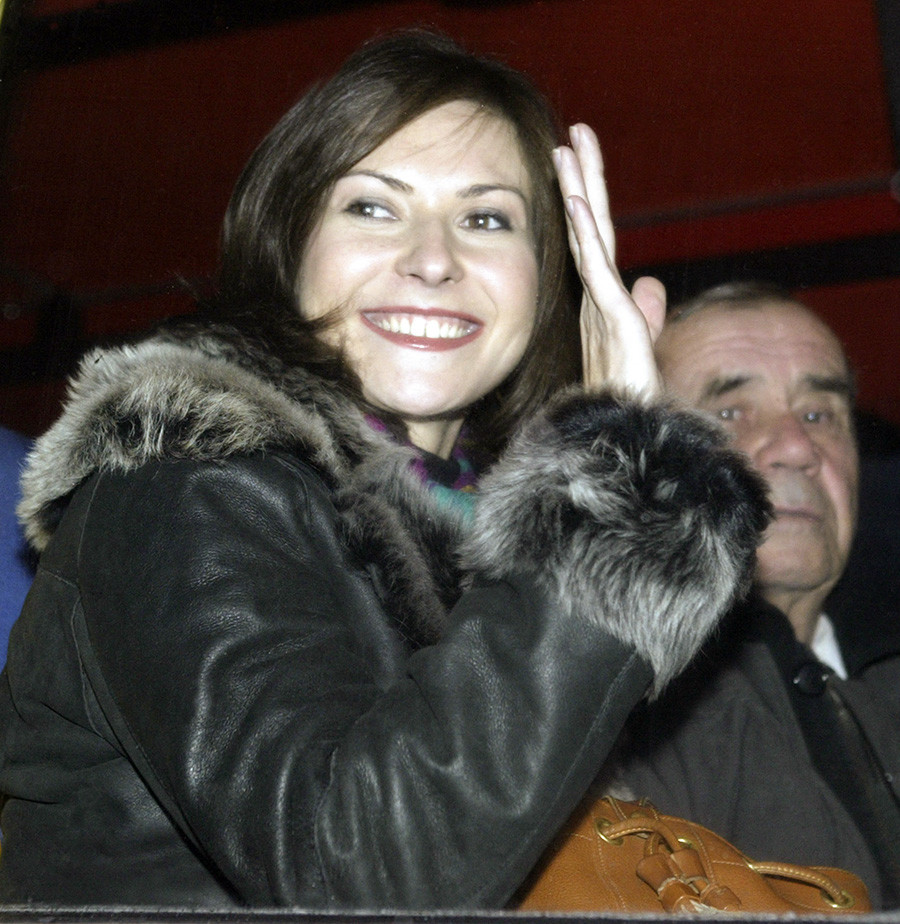 Yuri Malenchenko returned to Earth two months later and Ekaterina was at the airport to greet him. She had moved to live in Russia, but had not renounced her U.S. citizenship. The following June, they were married in a small church in Yaroslavl, a city north of Moscow. In 2006, the couple had a daughter, Camilla. 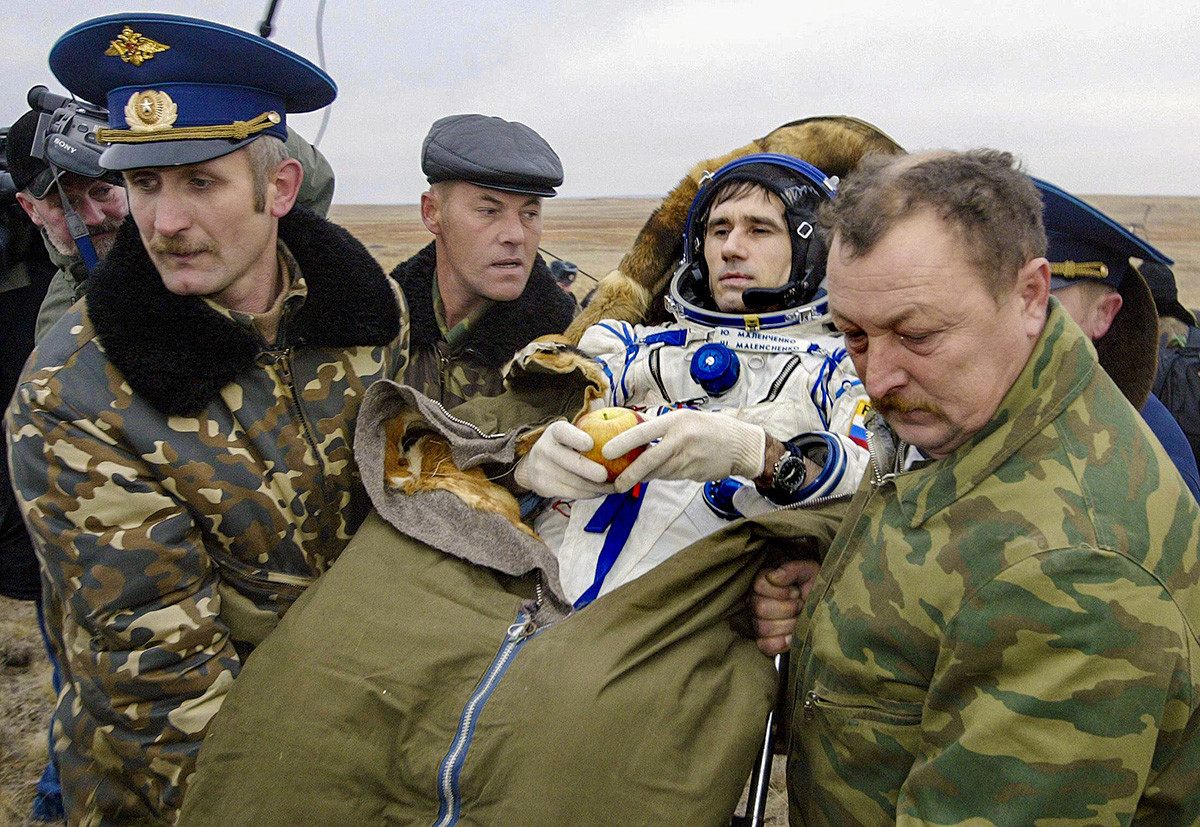 At the time, many experts predicted that Malenchenko’s career was over, since he had dared go against his superiors, but the cosmonaut went on two more ISS missions after that - in 2007 and in 2012.

And yet, the space wedding did leave its mark. After it, contracts that cosmonauts sign before space missions have a clause banning them from having wedding ceremonies in orbit. 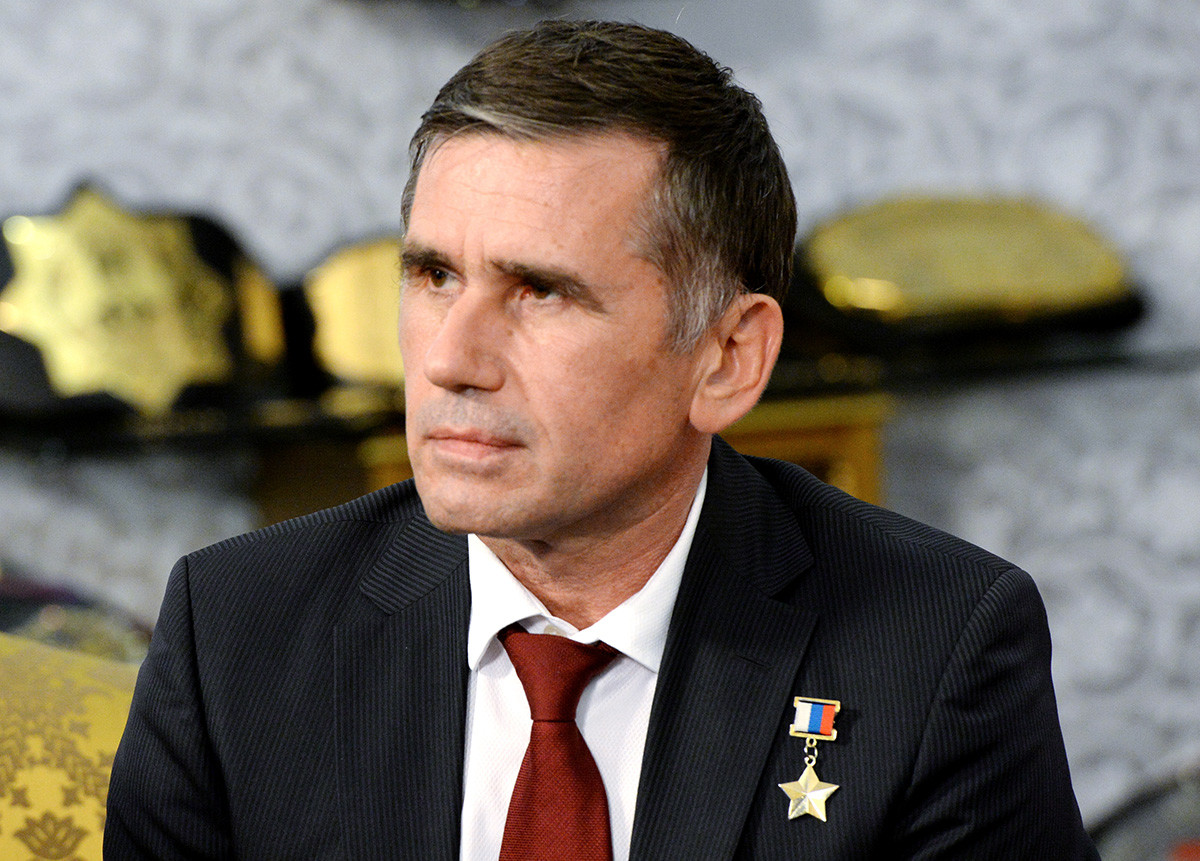 The main consequence of his space wedding caught up with Malenchenko in 2019. By then, he had already retired from the Armed Forces and from the cosmonaut corps and held an administrative position at the Cosmonaut Training Center (CPC). This time, he was denied a promotion – to the post of the first deputy head of the CPC. According to sources in the rocket and space industry, the reason was the fact that he was married to a U.S. citizen. Malenchenko’s candidacy was not approved by the Roscosmos security service, since the position of the first deputy head of CPC envisaged access to classified information.