Moscow graffiti through the eyes of Vasiliy Kudryavtsev (PHOTOS) 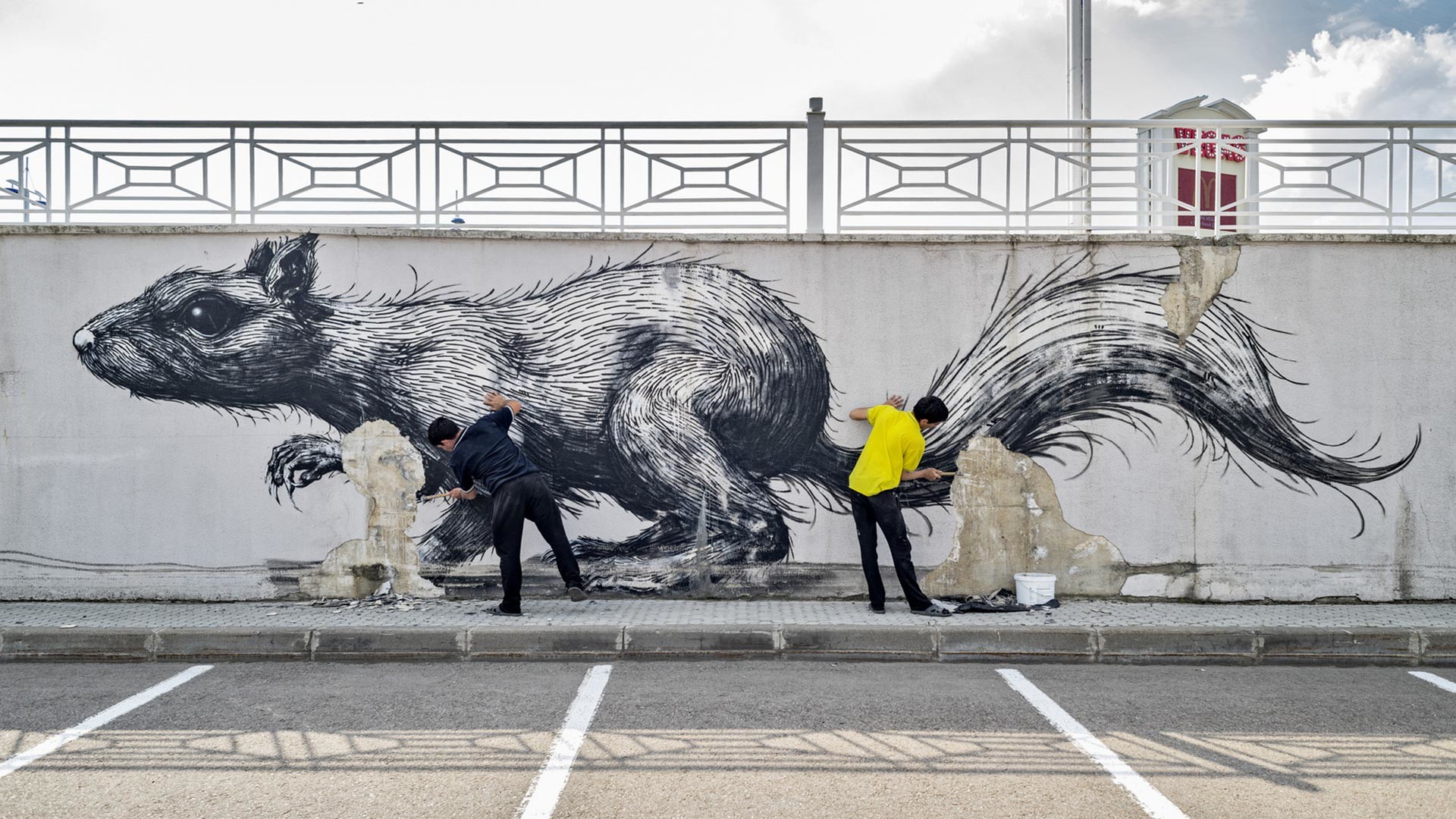 Vasiliy Kudryavtsev/vasiliykudryavtsev.com
His lens captures the most unusual images that appear on the streets of the city. Many of them have hardly been seen by anyone, but the artist himself and the photographer.

For 30 years, Vasiliy Kudryavtsev has been taking photos of superstars, from Daniel Craig snuggling up to Eva Green at the Moscow Kremlin to Roberto Cavalli literally holding his model up in the air. Lady Gaga, Marilyn Manson, Jared Leto, Frédéric Beigbeder and hundreds of others have posed for the photographer in all sorts of circumstances. Since the 1990s, his images have appeared on the covers of all Russian fashion magazines.

But, apart from that, the photographer also travels around the world taking pictures of ordinary street life, in which graffiti has a special place. It is his passion. And the most unusual murals, from New York to Seoul, are captured by the photographer’s lens. Every graffiti artist in Moscow knows him. And it is a source of pride for them to end up in his frame. 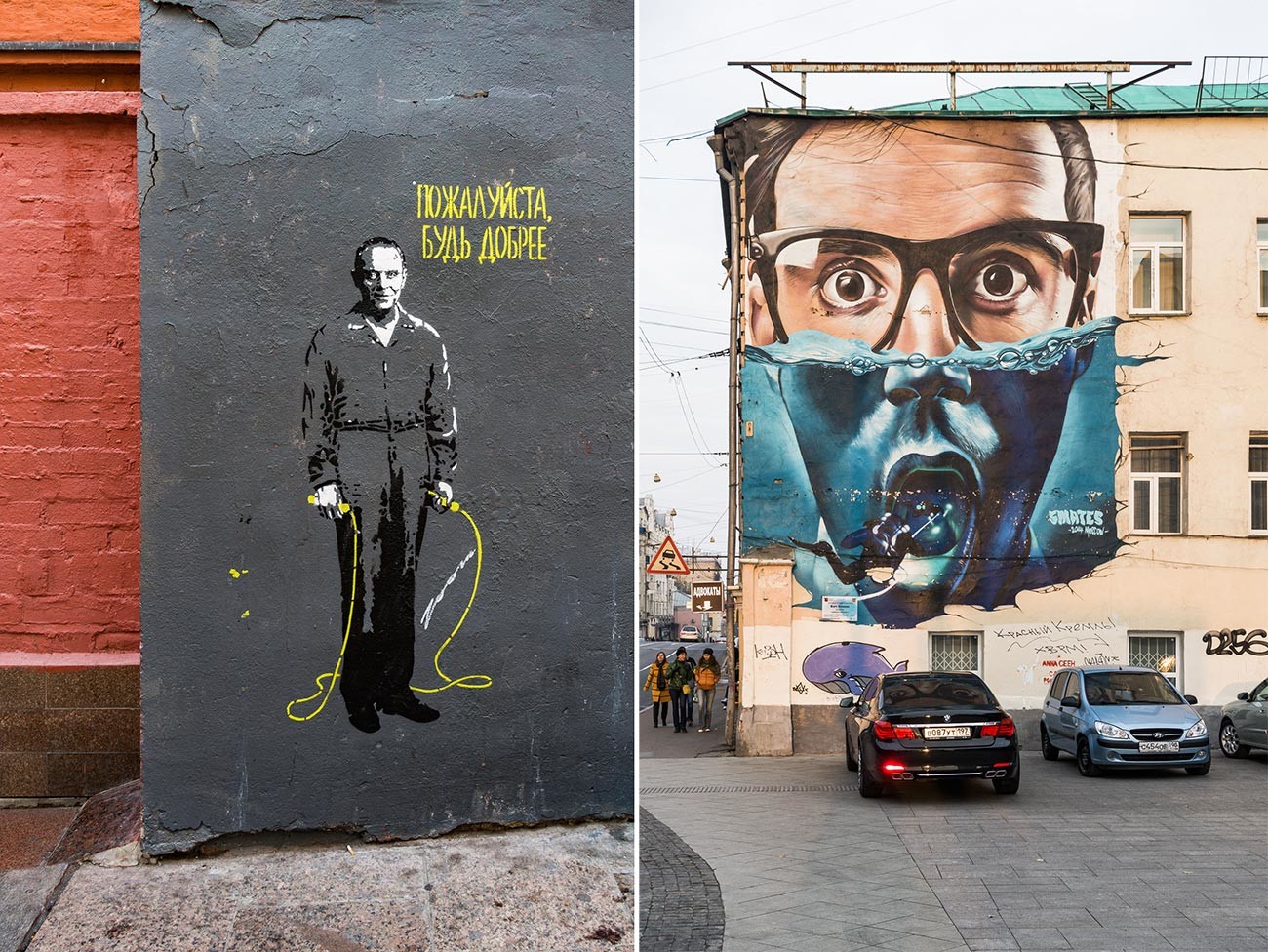 “Graffiti culture is attractive because of its versatility,” Vasiliy says. Russian artists may have all sorts of styles and paint all sorts of subjects, but the level of quality and execution is very, very high, according to the photographer. 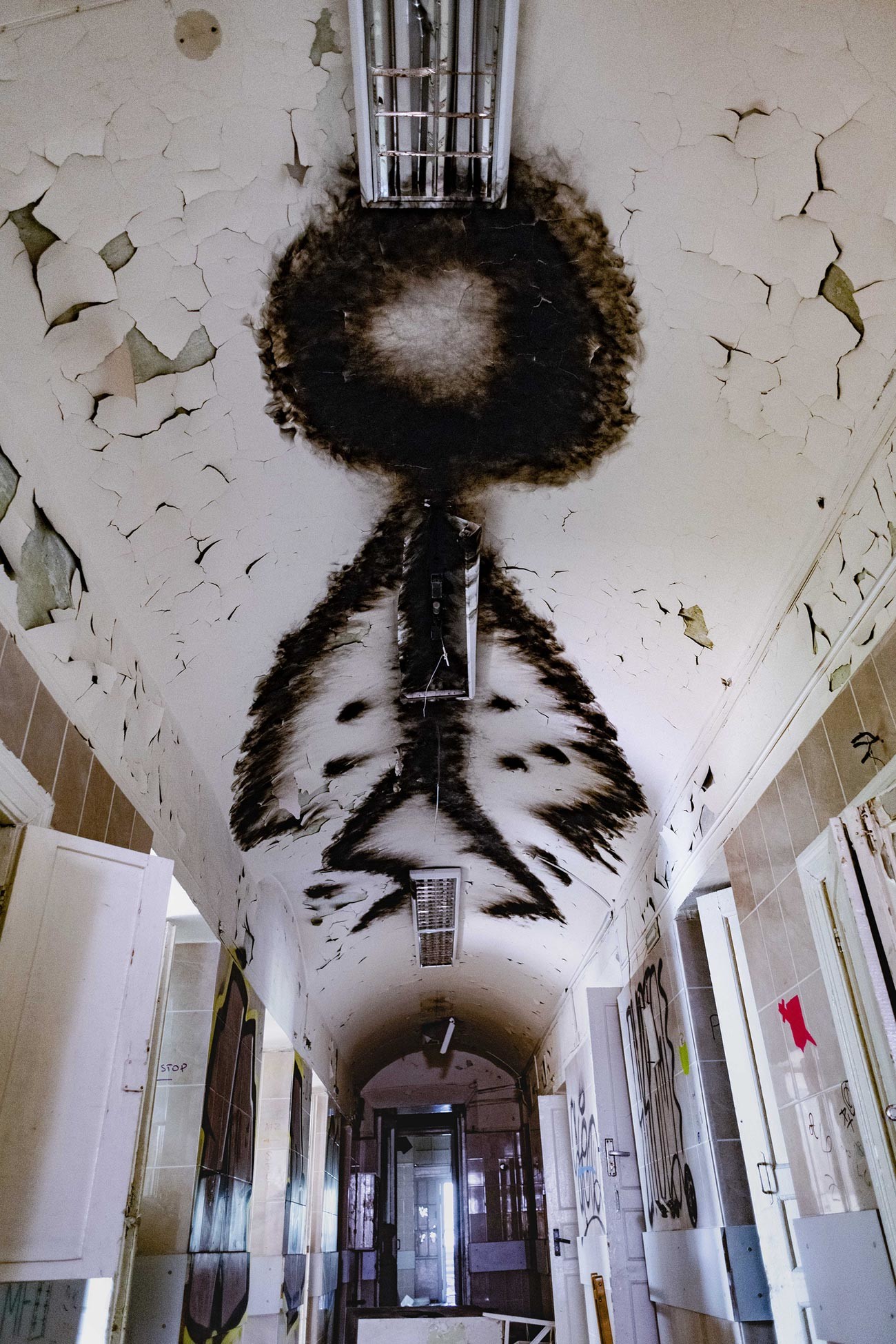 Vasiliy is convinced that Russian street art is in no way inferior to its Western counterpart and that there are a huge number of good artists. “Our cinema is worse and this doesn’t change.” 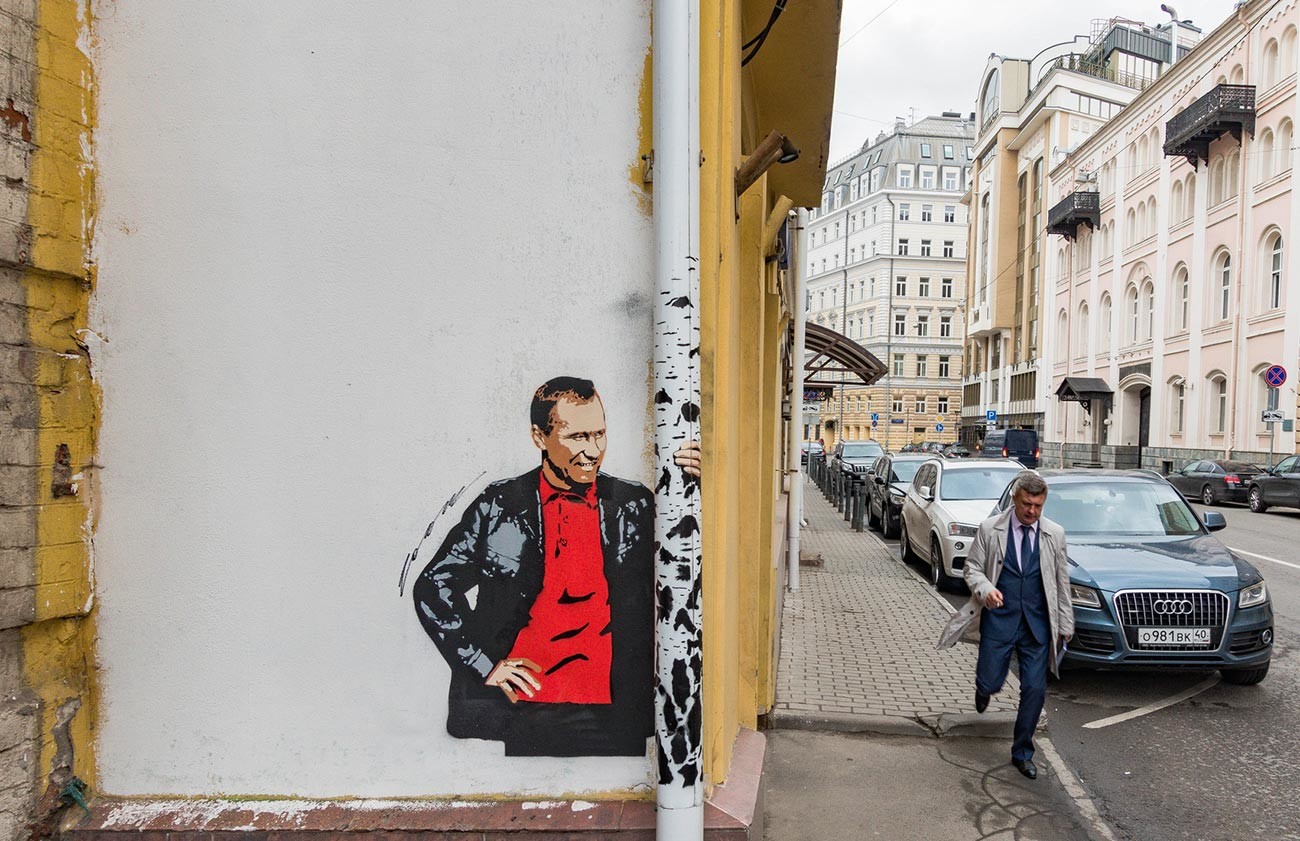 “Arguably, we have even more genuine street art and graffiti - i.e. works that are executed illegally,” the photographer says. He explains this by the fact that too many sites in the West are controlled, while in Russia there is still a lot of space for wildcat street creativity. 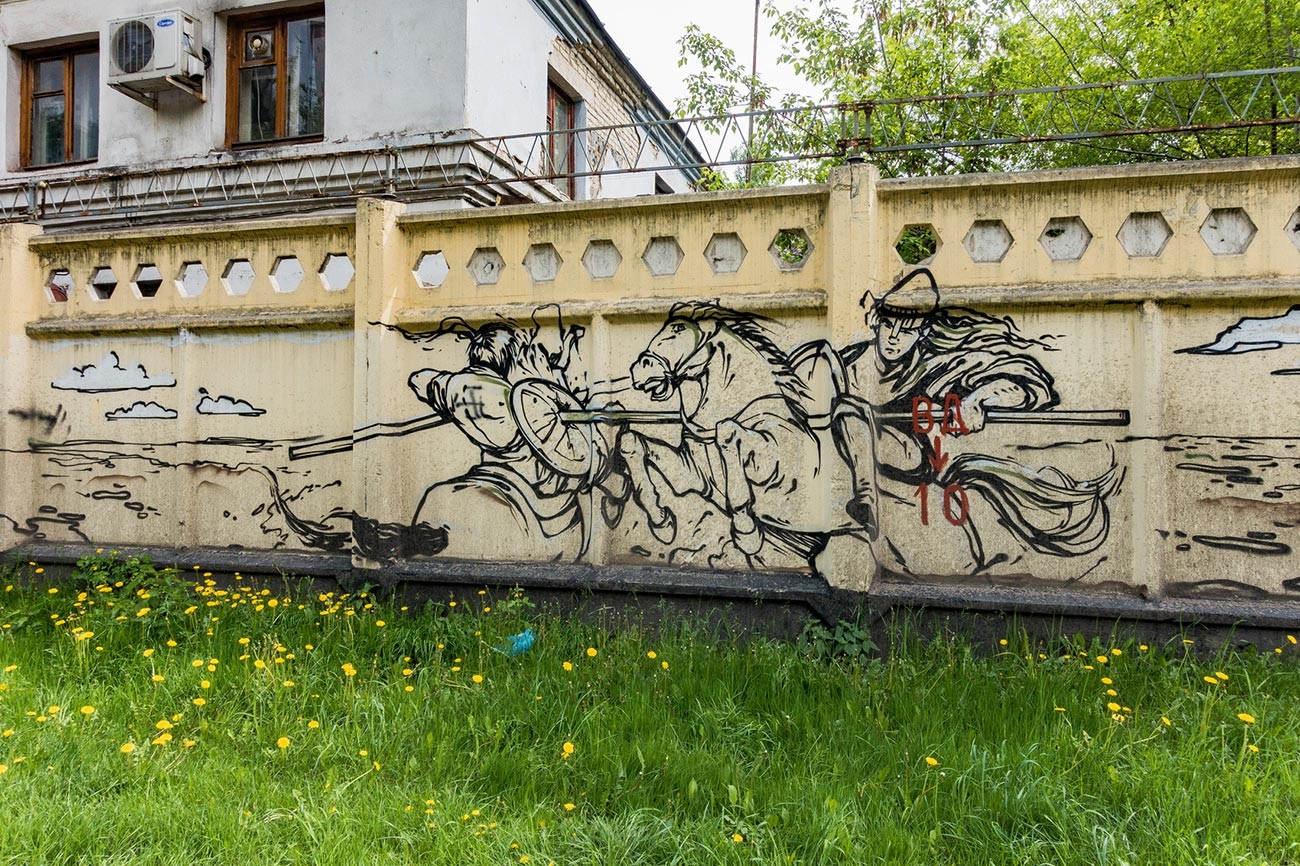 In his opinion, this genuine street culture is precious because, apart from anything else, it is very fleeting. “Some murals can last for only half an hour. An artist paints it and the municipal authorities immediately paint it over,” he explains. 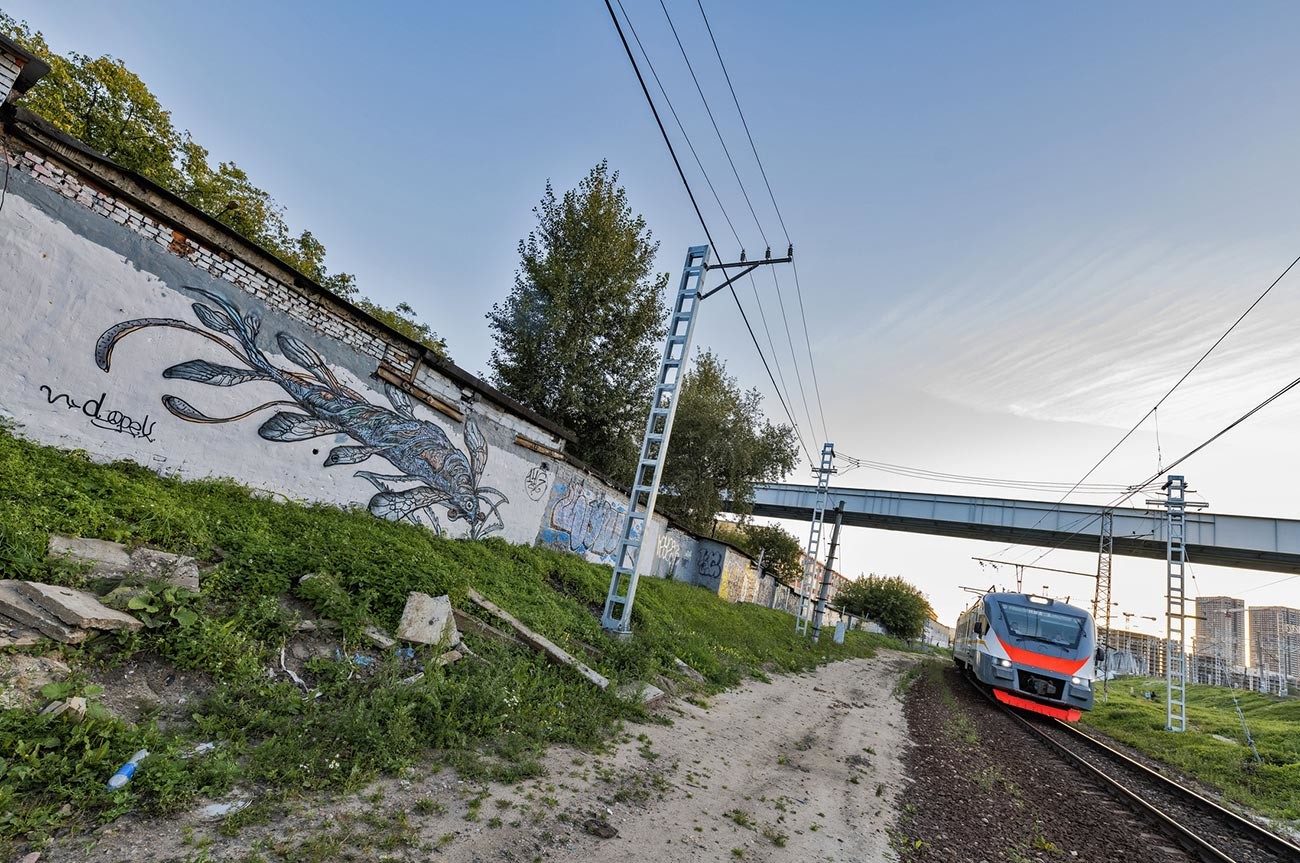 For Vasiliy, taking a photograph of any particular graffiti is often pure luck - he stumbles upon them absolutely by accident throughout the city. 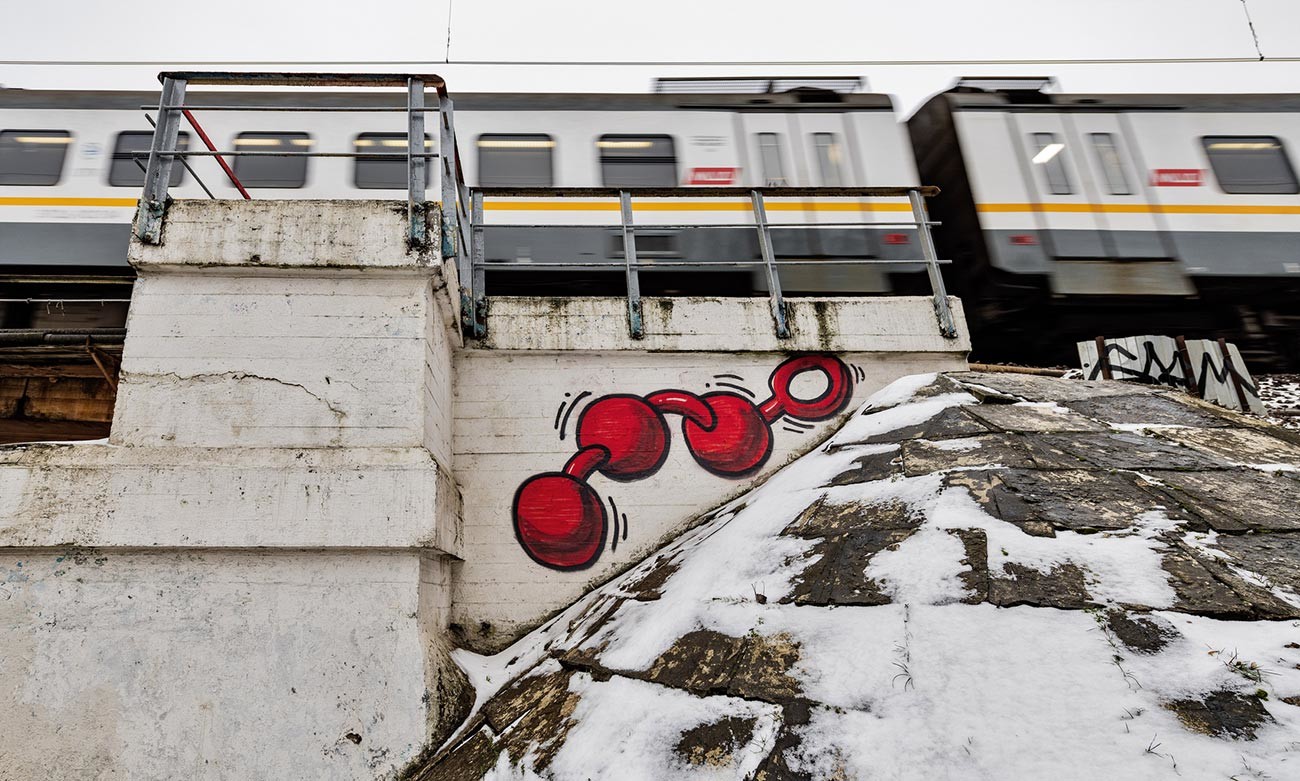 But the photographer also knows where new images might appear, so if he is in the vicinity on an errand or on business, he makes a point of going over to see what’s changed. 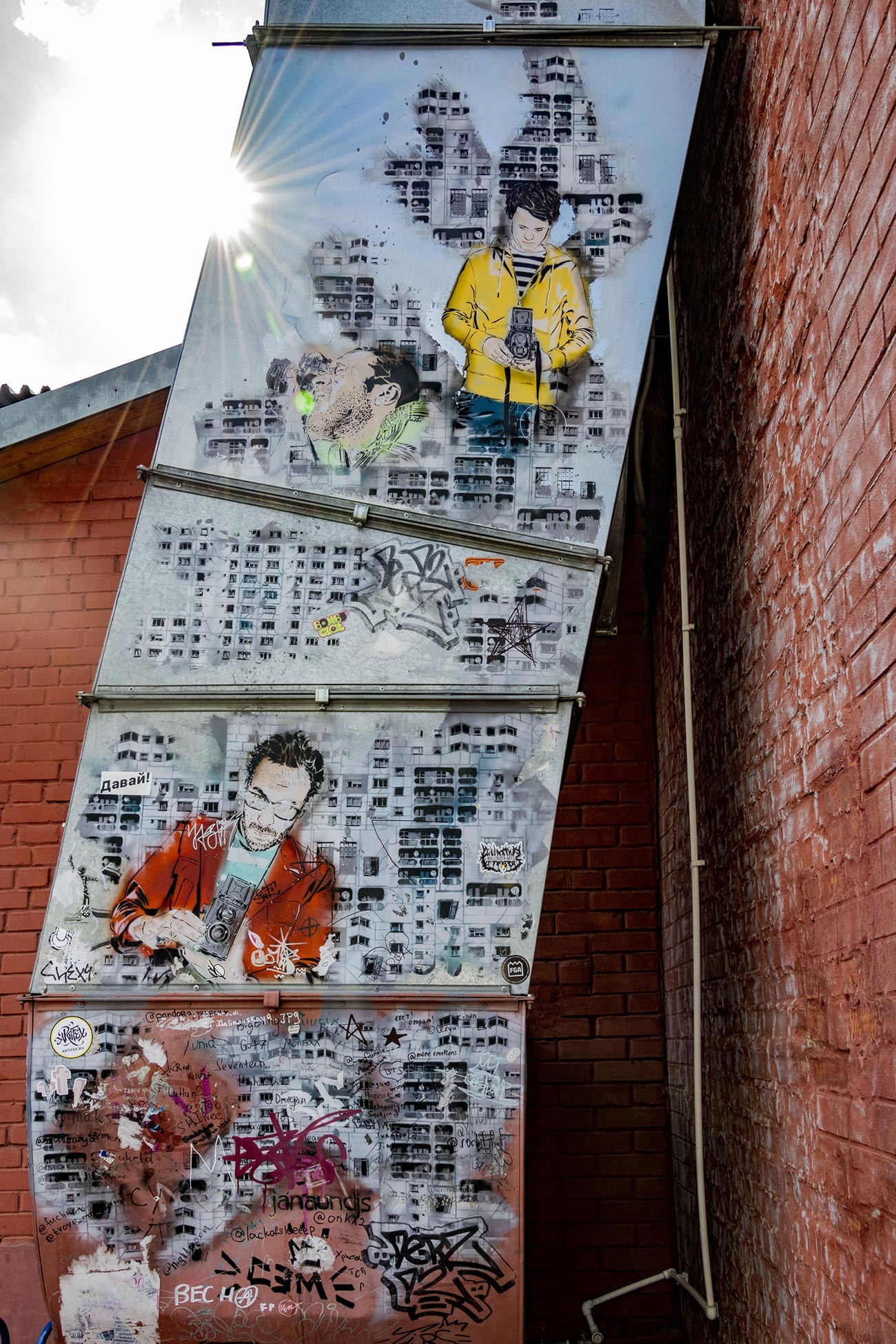 Next to the Mendeleevskaya metro station, for instance, is a wall where new graffiti is constantly appearing. “Here, no-one is chased away, and you can ‘cover over’ [i.e. paint over] any you like and then, two days later, someone will cover yours over. There is often something interesting there.” The wall is proof of the fact that there are phenomenal artists out there. “Take, for instance, this green creature [see photo below]. It’s a fantastic bit of drawing!” 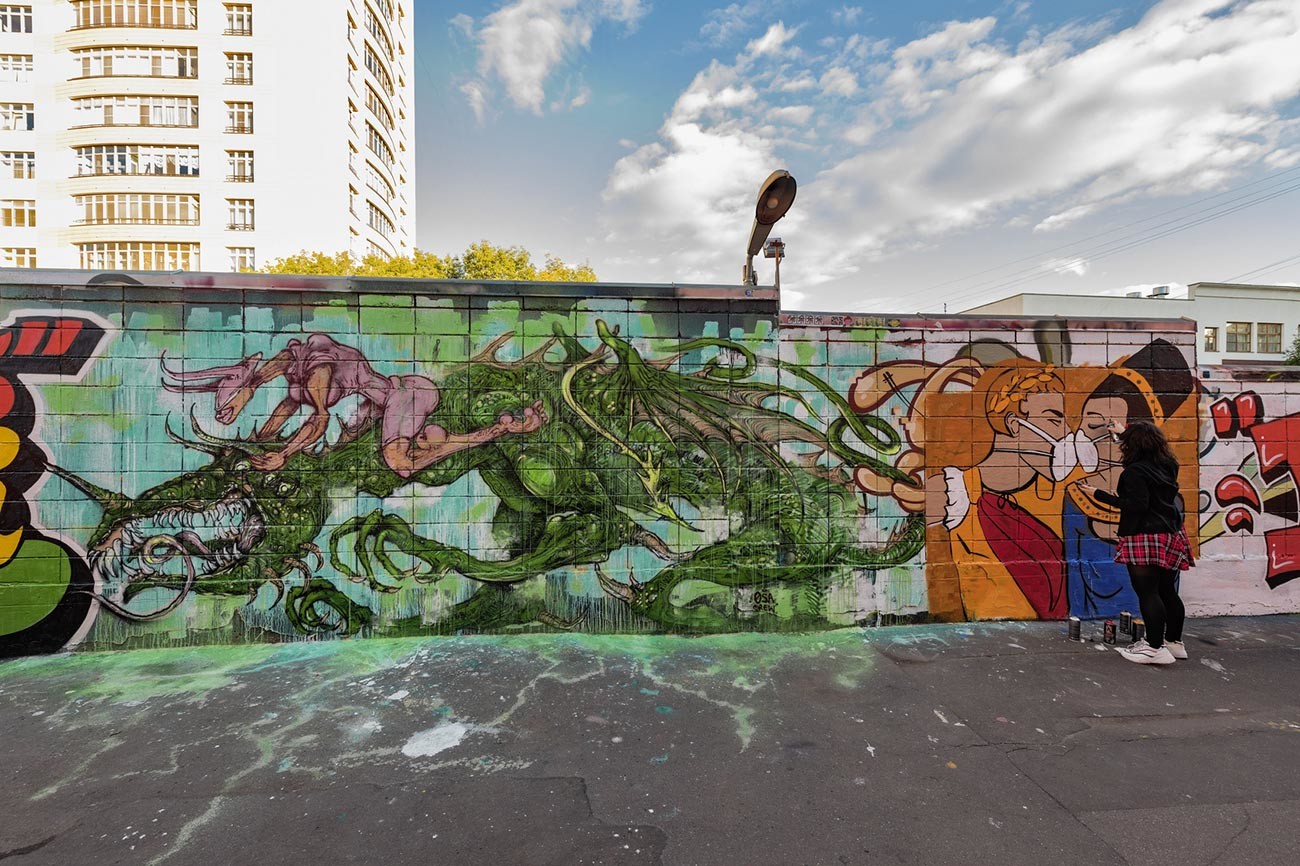 We don’t have a home-grown “Banksy”, according to Vasiliy. “But Banksy is more about statement than craftsmanship, although he knows how to make a picture, of course. In Russia, we skipped this more than 20-year-long subversive stage - we never had one, but then a lot of the most varied street art began to be painted, including large-scale and interesting work. But over there, it was a very long process to get to the same point.” 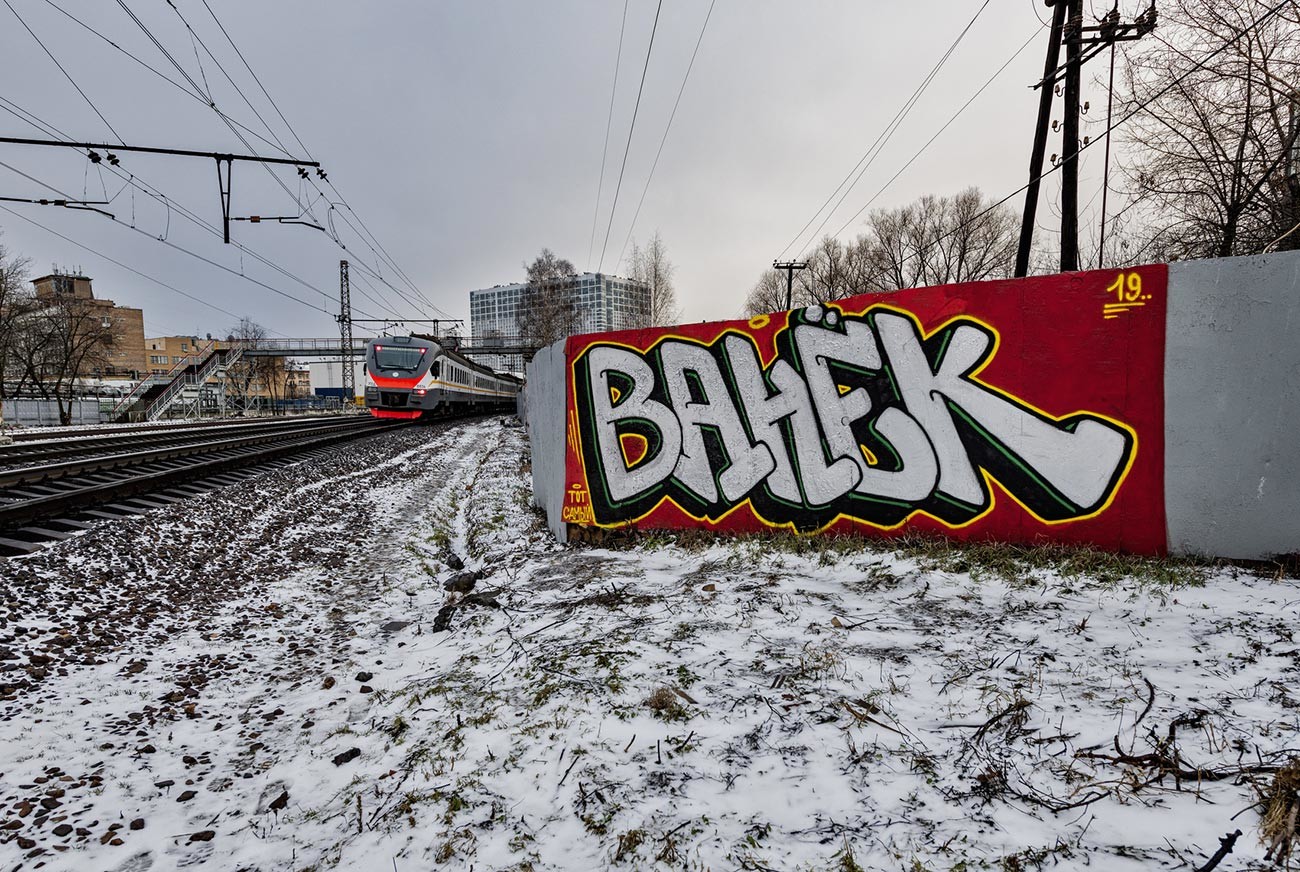 Last year, in the midst of the pandemic, Vasiliy studied Moscow’s derelict buildings, suburban railway tracks and other secret places: “They are all guarded and it is difficult to get in and almost no-one has seen the things that have been painted there.” Vasiliy believes there is something cool about the idea that artists paint things that no-one sees - perhaps they like it that way, or they are just practising. 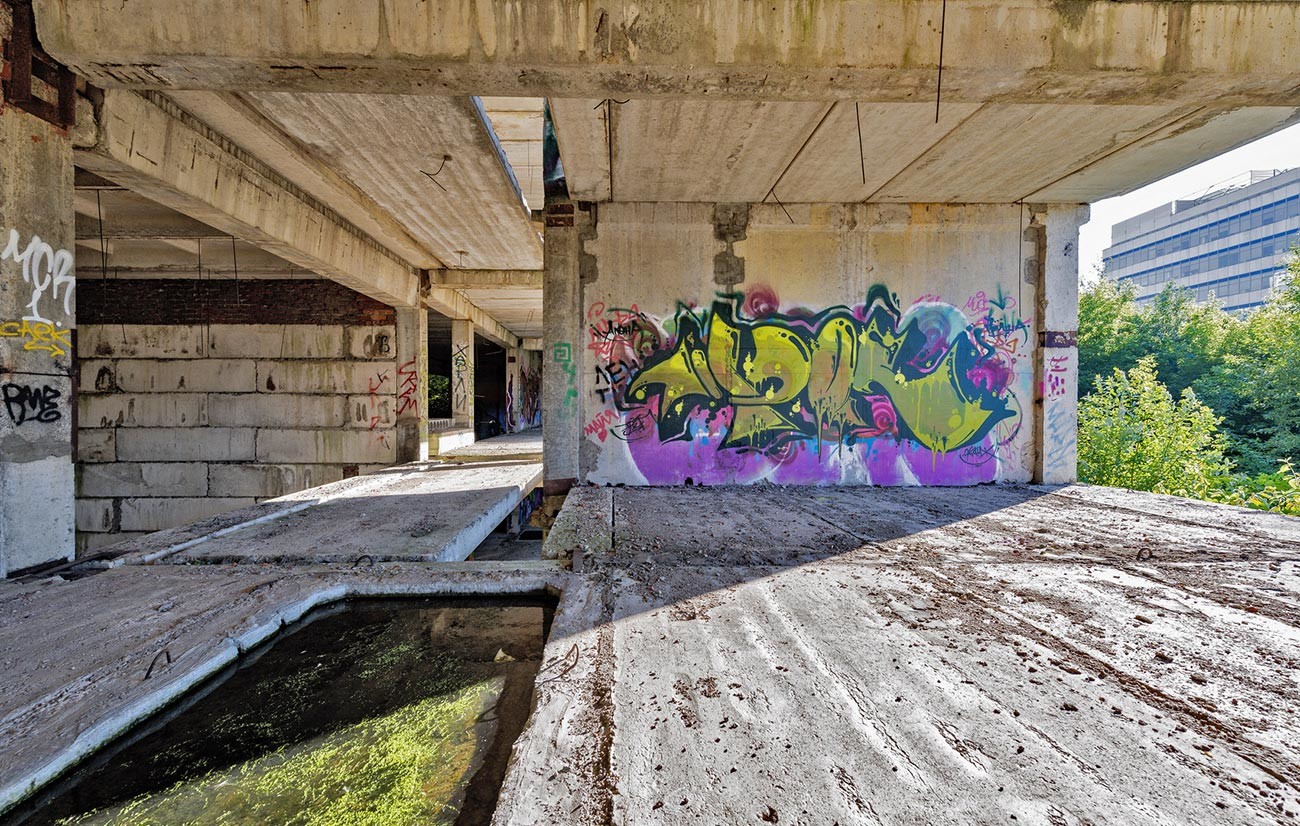 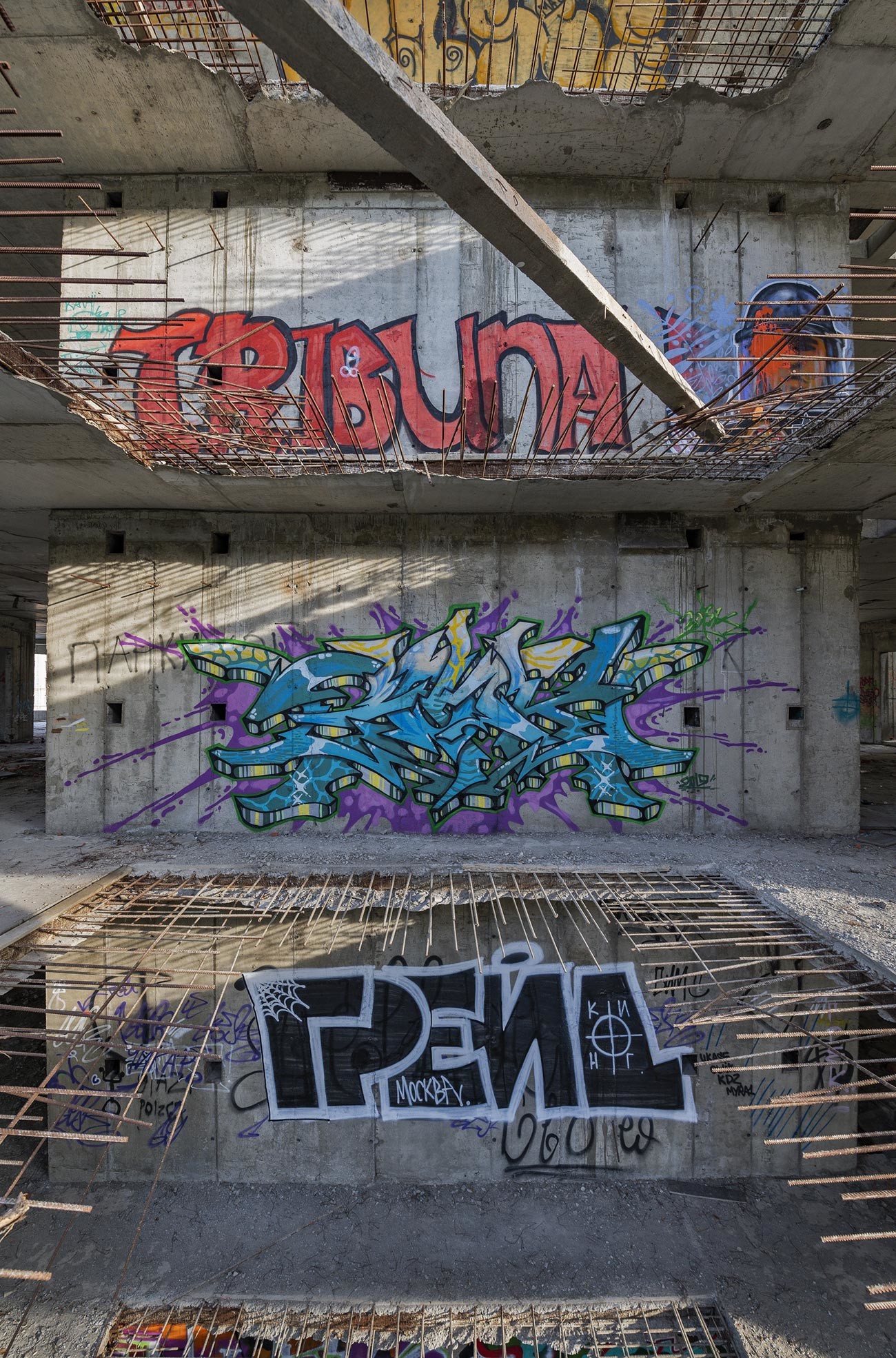 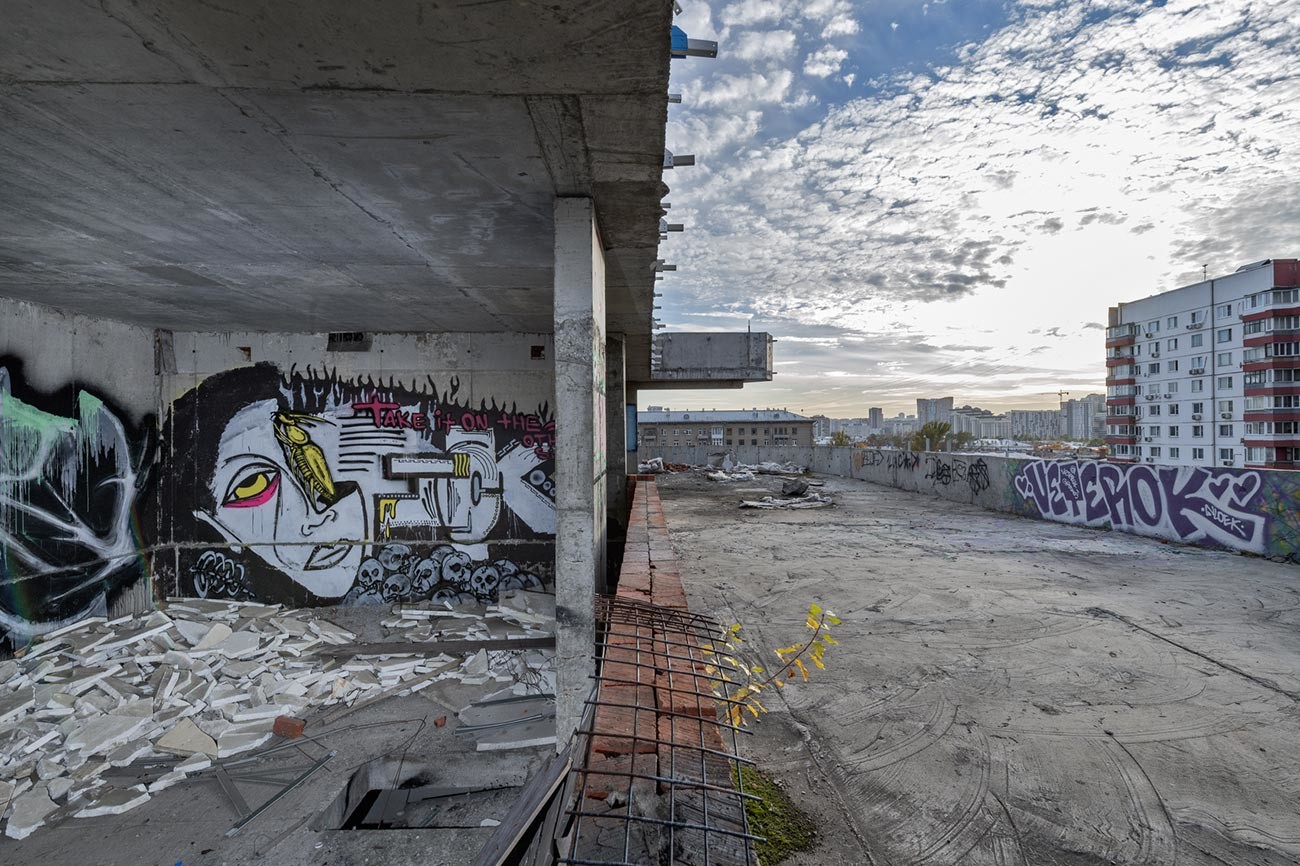