OPINION: Nicole Kidman’s Russian sounds so hot... but so OFF! 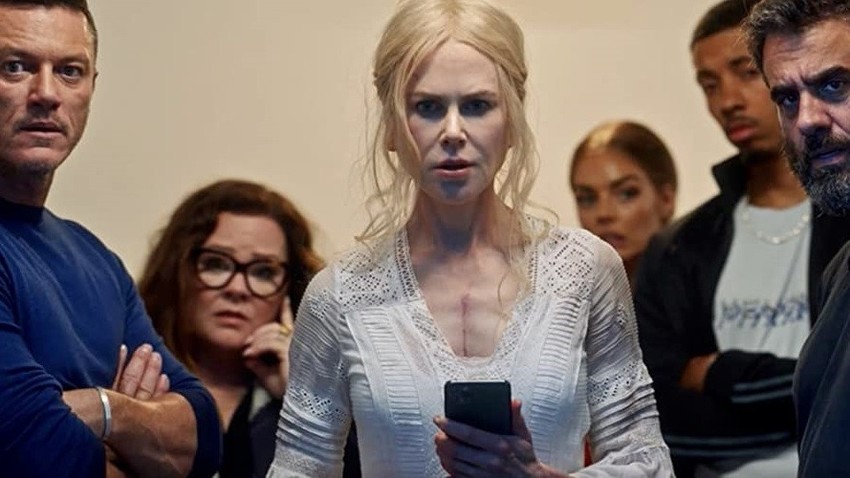 Jonathan Levine/Hulu, 2021
The Hollywood icon is the star of the recently released miniseries ‘Nine Perfect Strangers’, where she plays a Russian woman by the name of Masha. But does she speak Russian? If you ask me, she sounds pretty darn hot, but that’s it.

Let’s get something straight first: I simply adore Nicole Kidman. I think she’s а wonderful actress and a stunningly beautiful woman. If we presume that every marriage has an actress to blame for jealousy, Nicole Kidman would be the one in my case. Every time I say, “Jeez, there’s a new movie online with Kidman, let’s check it out!,” my wife rolls her eyes and says, “Maybe I’ll just leave you two alone, huh?”

So, I'm watching Nicole Kidman playing a Russian woman by the name of Masha (with the rather Ukrainian surname of Dmitrichenko, which we learn about at the end, but nevermind). Suddenly, the number of Google searches began to skyrocket: anyone who wasn’t a Russian speaker was trying to find out what lapochka meant. The more enterprising users were rushing to upload their own explanations to YouTube to get those view counts up. All that activity is, of course, thanks to the witch-like beauty from Tranquillum House. 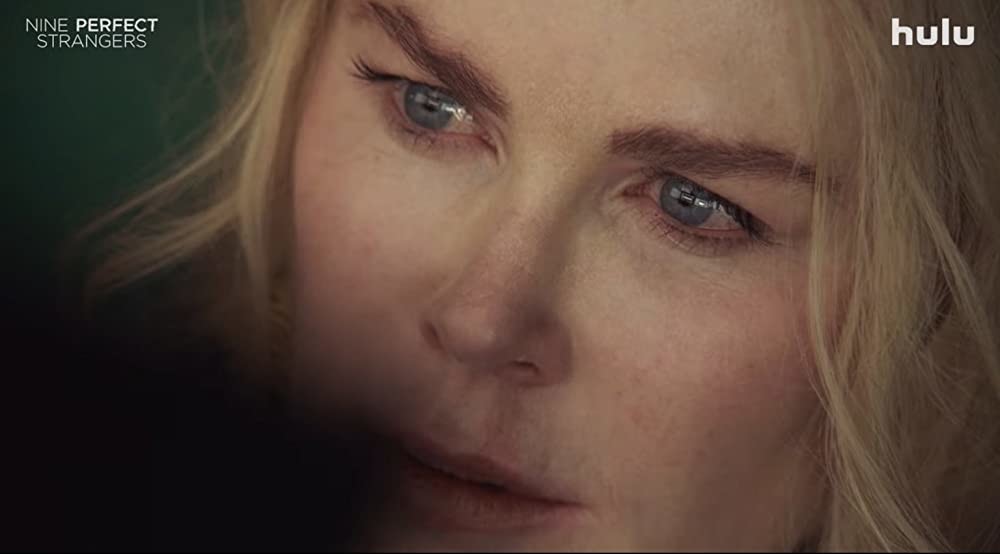 Masha actually hardly gets any chance to slip in some Russian throughout the entire story, as she’s surrounded almost exclusively by Americans. That doesn’t stop her from saying the word “la-póchka” as many times as possible in one episode. Every woman on the show is a la-póchka, as well as her daughter… At one point, a different character even addresses Masha with the words: “So, what now, la-póchka?” I was seriously expecting that Masha would name her beloved village goat that name, as well (at least, one could easily imagine a genuine Russian woman doing so), but, much to my dismay, the goat was only referred to as “hey, baby”).

But what does “la-póchka” actually mean? Sadly, absolutely nothing! The word póchka - the way Nicole pronounces it - means “kidney” or “bud” (as in the part of a plant), nothing more. And, seeing as Russian isn’t French or Spanish and doesn’t belong to the Romance group of languages, we only really say “la-la-la” when we’re singing a song.

Nevertheless, the mysterious word that Nicole should have been saying does exist - and it’s pronounced “lápachka” (the second vowel being an “o”, but pronounced as “ah”). It’s one of the many words you can call a child, or any loved one really - it’s a diminutive term for things like baby, honey, darling, sweety, etc. Today, many believe that the diminutive word “lápachka” comes from “lapa” (this is also how you can call your loved ones) and means (little) paw. But, alas, this is not accurate. Long before lápachka they said lápushka and no one remembers why... 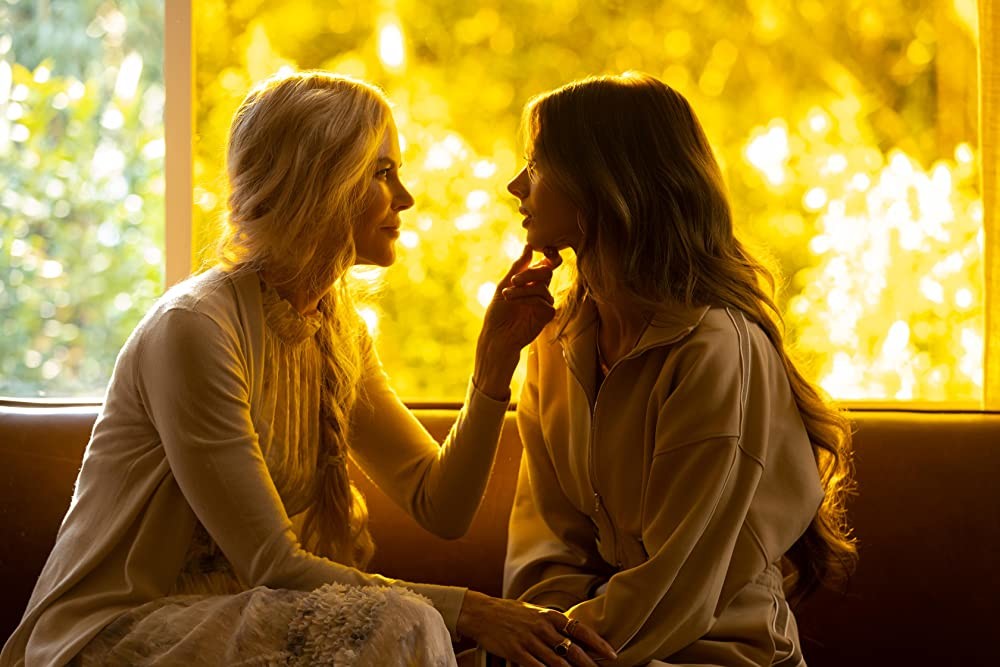 The most famous English word is, without a doubt, the ‘F-word’. There’s hardly a Hollywood movie that doesn’t use it. The Russian Masha also uses it liberally: “This is Tranquillum. I mean to f– with all of you.” It’s a simple word: ask anyone on the planet to curse in English and it’s the first word they’ll say - in perfect English, too. Russian is the other way around. You may have excellent command of the language and only learn much later (if ever) how to pronounce the famous and ubiquitous ‘B-word’ (while we’re on the subject: this is not a direct translation of the English F-word...for that you’d need a certain ‘E-word’. But we’ll save that discussion for another time).

The B-word in Russian denotes - how can we put this delicately - a fallen woman and is used as an interjection and serves to convey strong emotions of either happiness or irritation and rage and everything in between. So, why do people find it so difficult to pronounce? Well, the answer might lie in its phonology being difficult as F! I mean, B, how hard it is...

If you wish to say /blajæt/ properly, do what works, but never listen to audio courses made by people whose native language isn’t Russian. It’s simple: none of them can pronounce it correctly. And you can trust me on this, as I’ve been studying the language for over 20 years and I have absolute pitch, so the speech apparatus is in order - and I still avoid the B-word at all costs. 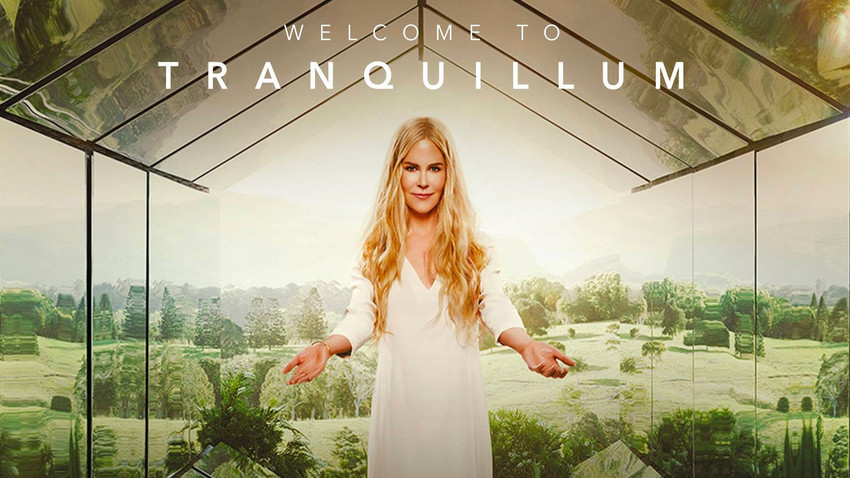 What I’m getting at here is that making Nicole Kidman pronounce it is a huge misstep on the part of the show’s writers: it ends up coming across as /blet/, which, again, doesn’t mean anything. Had the production involved a single Russian language speaker or specialist, they surely wouldn’t have chosen to use a word that 99,9 percent of foreigners can’t pronounce. You really don’t have to reach deep into the hat with Russian: there’s everyone’s favorite ‘P-word’, the already mentioned E-word, the ‘S-word’ - even yo-mayó, or the more exotic, but not lesser known, yókrniy babái. All alternatives are good here, you really needn’t reach for /blajæt/ (By the way, I may do a separate explainer on the other expressions mentioned here, if the readers wish. Let me know in the comment section!).

‘Let me speak Russian from my heart!’

The show’s creators evidently decided that Masha’s “Russianness” needs to be emphasized with more than just two words. So, in one of the episodes, they have her say the following entire phrase: “Schyastye, chto my zdes!” (“How wonderful that we’re all here!”). The pronunciation was on point here, despite the fact that she didn't know how to say “how” in Russian, so she mumbled something like “it’s schiastye…”, but it’s a minor point.

The crown jewel of Nicole Kidman’s “Russian” was saved for the final sentences in one of the episodes. The English subtitles went as follows: “He’s here, isn’t he? It’s you. You’re the key,” which Masha says in the following way: “On zdies, nie tak ly? Etó fso dla tebe.” 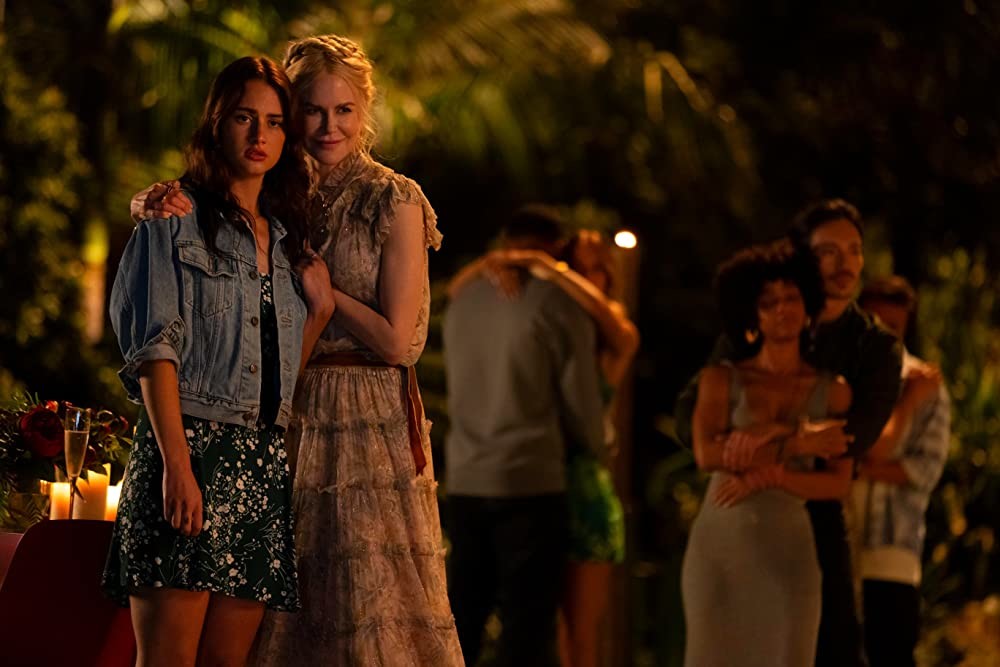 Aside from the fact that she never says “you’re the key”, instead saying “it’s all for you”, there are problems here with pronunciation, accents and intonation. But since it’s a thankless task going over every little bit that foreign actors get wrong, allow me to remind you about this Russian gentleman, who “spoke from his heart” in English. Just listen and picture Nicole doing the same thing in Russian.

Anyway, I admire Kidman. I’m not impressed by the miniseries, but she always impresses me. And if my wife ever leaves us alone for a chit-chat as promised, I certainly won’t wait for Nicole to speak Russian. Most likely, I will be lost and unable to remember a single English word to tell her how sorry I am for writing this dumb article!