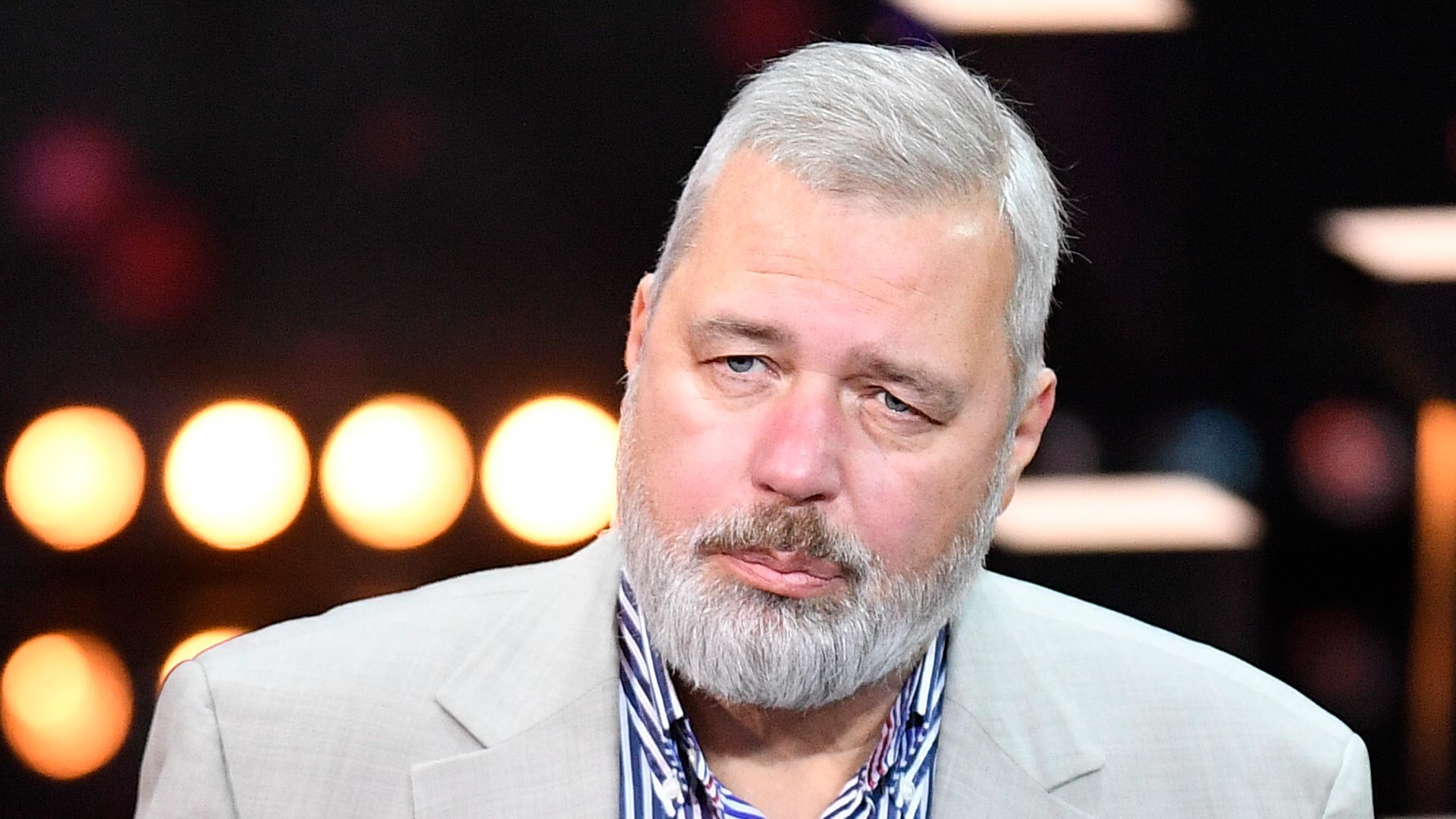 “I’m laughing. I didn’t expect it at all. I’m having a crazy time here. I saw the call from Norway, but I thought it was a spammer calling!” This is how Dmitry Muratov, one of the founders of ‘Novaya Gazeta’ newspaper, commented on the news that he had become the Nobel Peace Prize laureate in 2021 in an interview with the publication ‘Podyem’.

On October 8, 2021, the Norwegian Nobel Prize Committee in Oslo announced Muratov as one of two Nobel Peace Prize laureates. Before him, human rights defender Andrei Sakharov (in 1975) and the first president of the Soviet Union Mikhail Gorbachev (in 1990) were the only Soviet people to receive the Nobel Peace Prize. 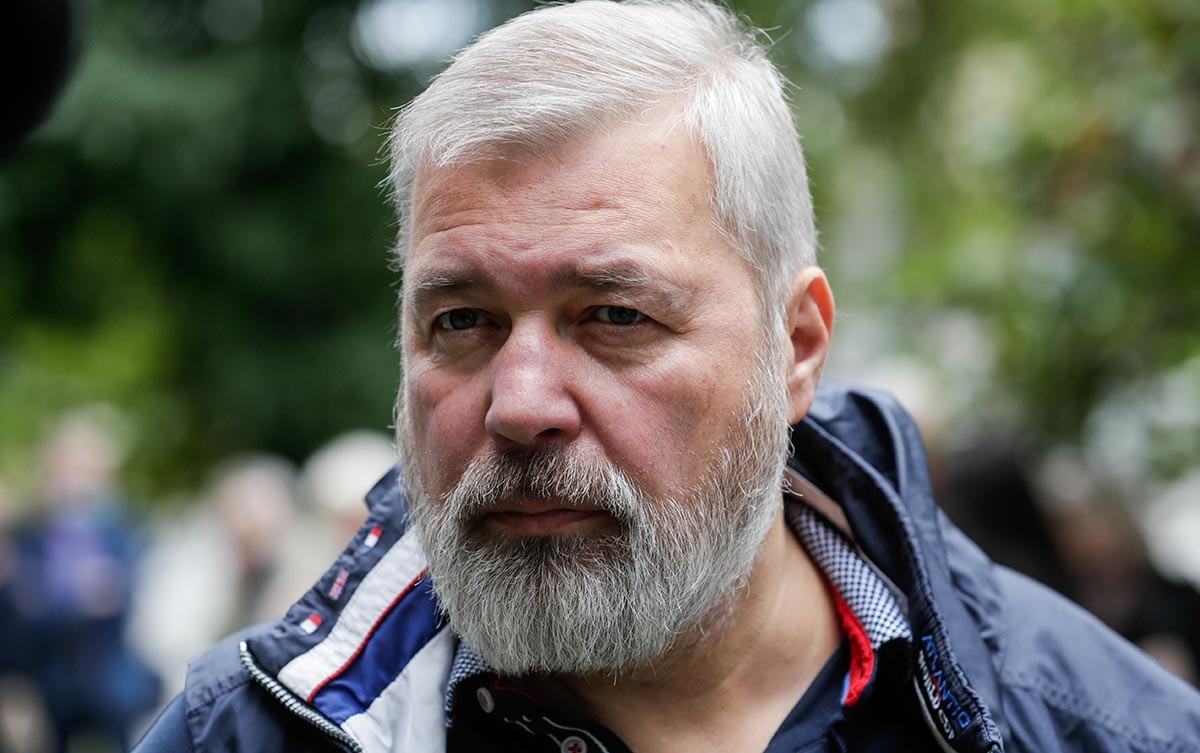 Muratov was born on October 30, 1961 in Kuibyshev (now called Samara and located 2,500 kilometers from Moscow). In 1983, he graduated from the Department of Philology of Kuibyshev State University. His first job after serving in the army was with the newspaper ‘Volzhsky Komsomolets’, then he moved to ‘Komsomolskaya Pravda’.

In 1993, Muratov ran a column in the newspaper called ‘Rating of Lies’, where he collected stories in which high-profile government officials openly lied. At the end of each month, the newspaper determined a “liar of the month”. At the same time, Muratov joined the paper’s editorial board and became its deputy editor-in-chief. 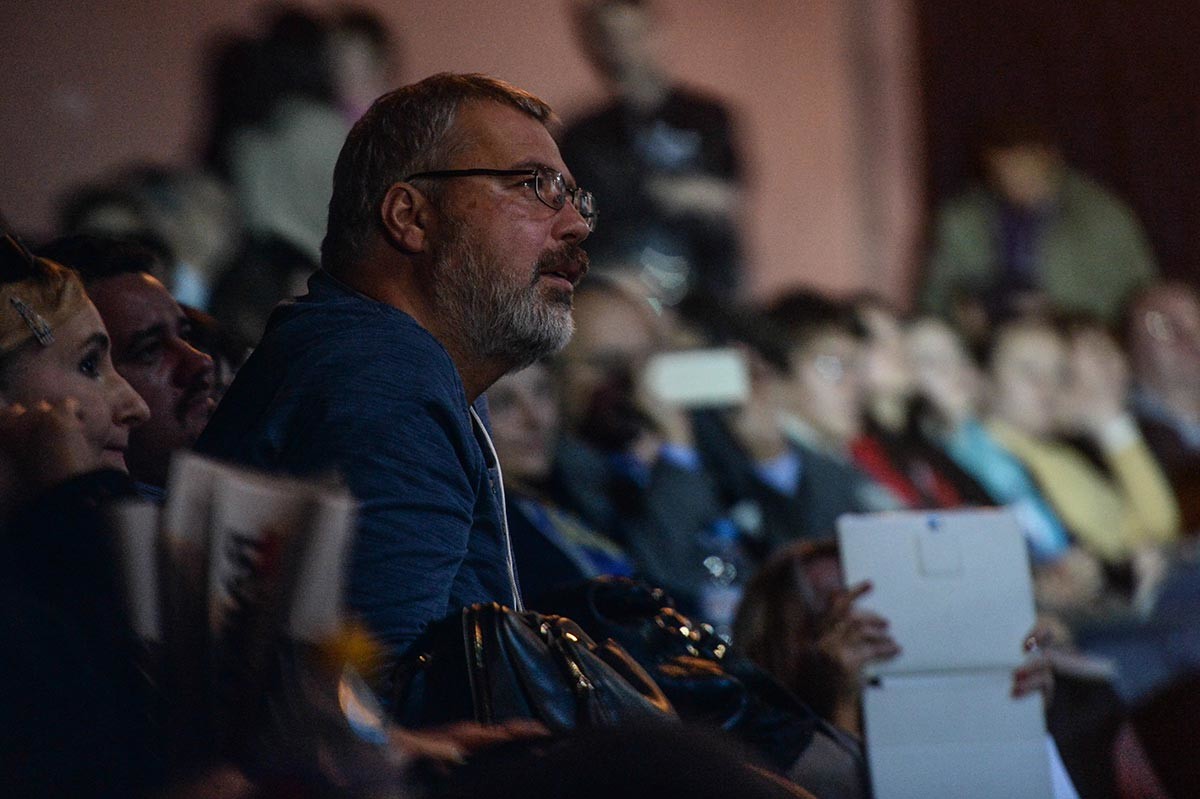 Novaya Gazeta editor-in-chief Dmitry Muratov attends the RockUznik charity concert in support of those involved in the Bolotny case at the Mir concert hall. 2013

For many years under his leadership, the newspaper has published critical articles about corruption, illegal arrests, election fraud, police violence and other important political and social issues in the country.

Novaya Gazeta had Anna Politkovskaya, who wrote about the war in Chechnya and often criticized the government. She was shot in the elevator of her apartment building on October 7, 2006. An investigation identified and convicted the organizer and perpetrators of the murder, but those who ordered it have never been named. Politkovskaya’s murder was linked to her journalistic and human rights work. Novaya Gazeta journalists, led by Muratov, are conducting their own investigation to find out who ordered the murder.

“We don’t have one point of view about the person who ordered the murder. Several people in the editorial board have been dealing with the Politkovskaya tragedy in great detail. <...> We have demanded many times that the case be continued, in order to establish who ordered the murder. On October 7 [2021], it will be 15 years since the murder and that is the statute of limitations. That is, the ones who ordered the murder may be found someday, but they won’t go to prison. We want to get an extension of the statute of limitations on this case so we can continue the search for the criminals,” Muratov told Komsomolskaya Pravda.

In addition to Politkovskaya, five other Novaya Gazeta journalists were murdered and several other employees survived assassination attempts. In a column after he was awarded the Nobel Prize, Muratov wrote that it was they who deserved the prize, not him. 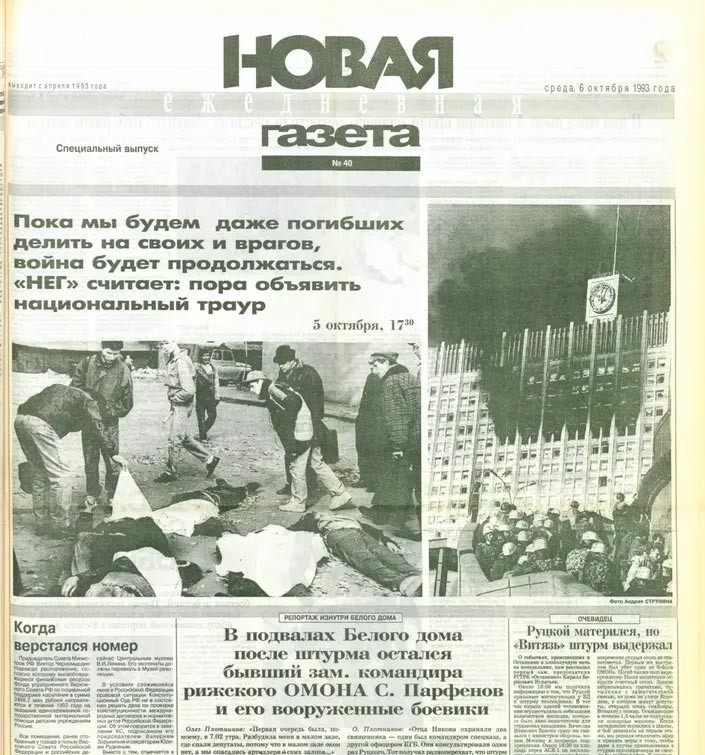 Meanwhile, the paper’s journalists have won more than 60 professional awards, including the Pulitzer Prize.

“Despite the killings and threats, editor-in-chief Muratov has refused to abandon the newspaper’s independent policy. He has consistently defended the right of journalists to write anything they want about whatever they want, as long as they comply with the professional and ethical standards of journalism,” said Berit Reiss-Andersen, head of the Norwegian committee.

Muratov will donate part of the Nobel Prize (approx. $1.14 million) to the Circle of Kindness Foundation, which helps children with serious and rare diseases.

The Kremlin also congratulated Muratov on receiving the prize.

“We can congratulate Dmitry Muratov. He works consistently on his ideals, he is committed to his ideals. He is talented, he is courageous,” presidential spokesman Dmitry Peskov said at a briefing. 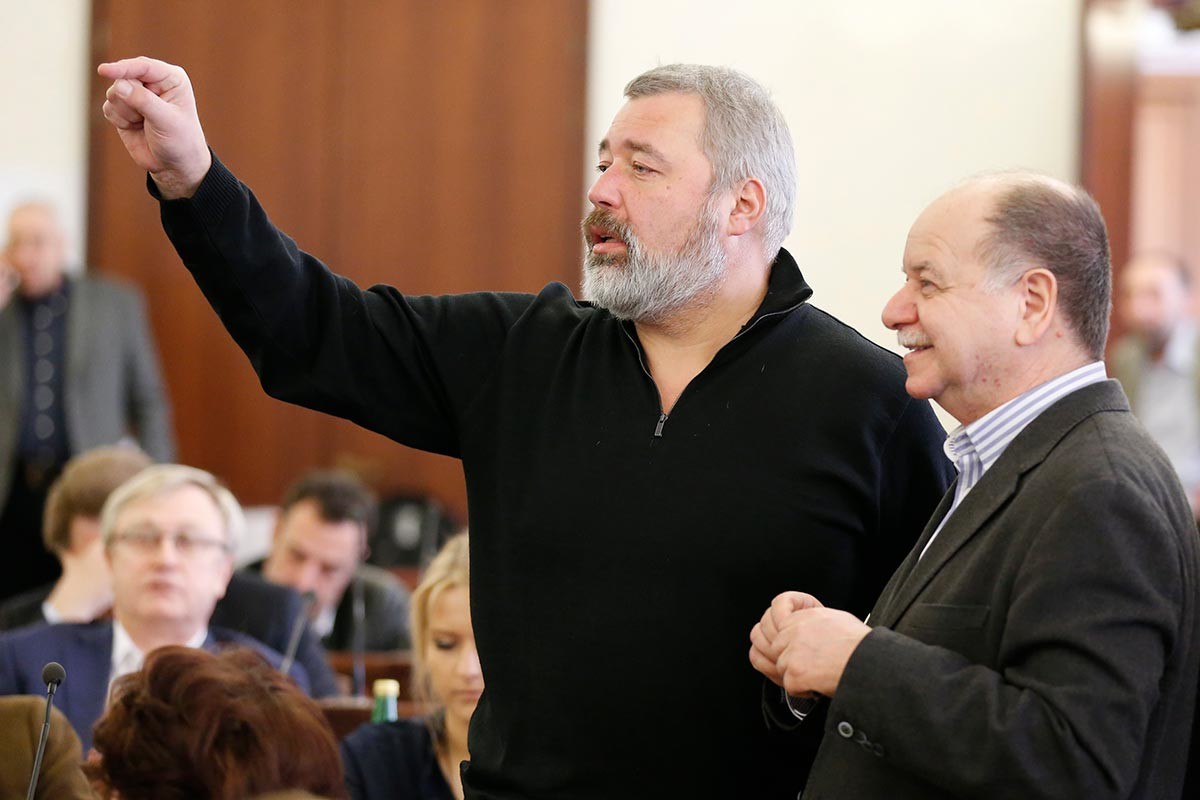 From left: Novaya Gazeta editor-in-chief Dmitry Muratov and culture scholar Daniil Dondurei before a special session on "Media of Civil Society: The Challenges of Formation. 2014

Muratov himself, in a comment about receiving the award, drew attention to the fact that a number of publications and individual journalists in Russia today have been recognized as foreign agents; because of this status, they are losing advertisers and some are closing down.
“I can tell you this: we are taking this prize on behalf of Russian journalism as a whole and it is being repressed right now. That’s all. We will try to help people who are now recognized as agents, who are now being persecuted, who are being expelled from the country," Muratov said.