Why do Russian apartments have multiple doors? 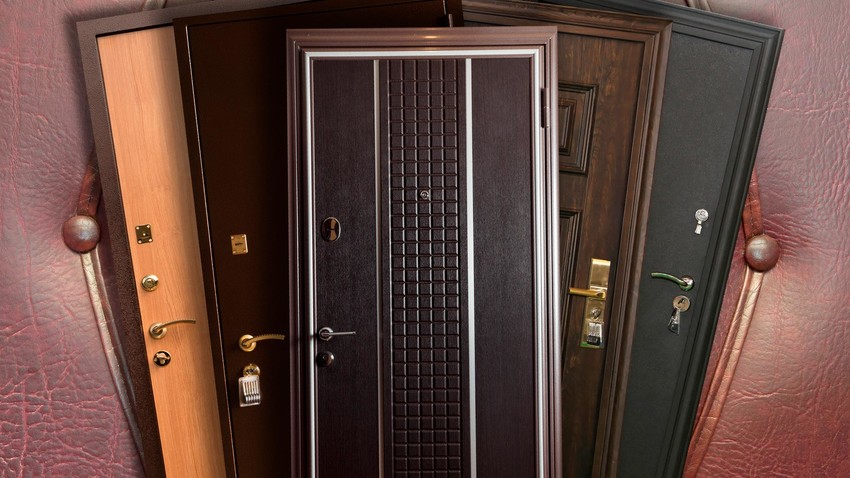 Russia Beyond (Legion Media)
For Russians, it’s perfectly normal to have 4-5 different keys to their apartment doors. Because you usually have to open several doors before you get inside. What are they afraid of?

“Can somebody explain to me why Russian apartments often have multiple front doors? I just moved from a hostel to a rented apartment,” my foreign colleague wrote recently, “and here I have three front doors in a row, and two of them have just 2 cm between them! Are the locals still afraid of bears? Or Napoleon's army?” 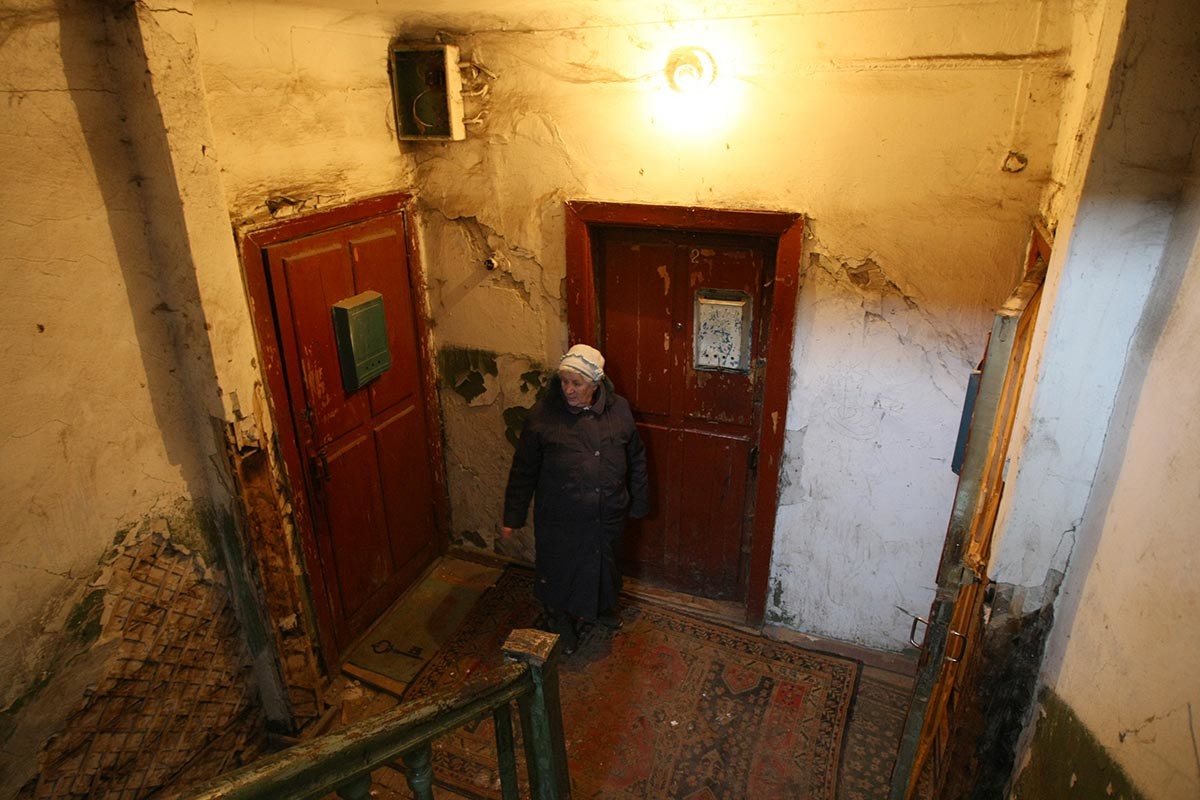 A woman standing in the staircase of her apartment house in Novosibirsk, Russia. Notice the old wooden doors.

Privacy has always been a problem in Russia, a country that had long-standing traditions of communal living and collective decisions even before the Bolshevik revolution. The church, as well as local rural communities, often defined the rules of living for their members and intruded into their private lives.

In Soviet society, people started owning separate apartments in the cities. Starting from the mid 1950s, cheap apartment houses called “khrushschyovkas” after Nikita Khrushchev, were built all around the Soviet Union. And these apartments had really lame doors, not even exactly wooden. “I disassembled ‘a door’ once, inside there were wooden blocks and cuts, glued to sheets of woodchip,” a user says on a Russian internet forum. No wonder such doors weren’t soundproof. Sitting in a kitchen, one could hear almost every step on the stairwell – and vice versa.

READ MORE: Behind the mystery of wall carpets 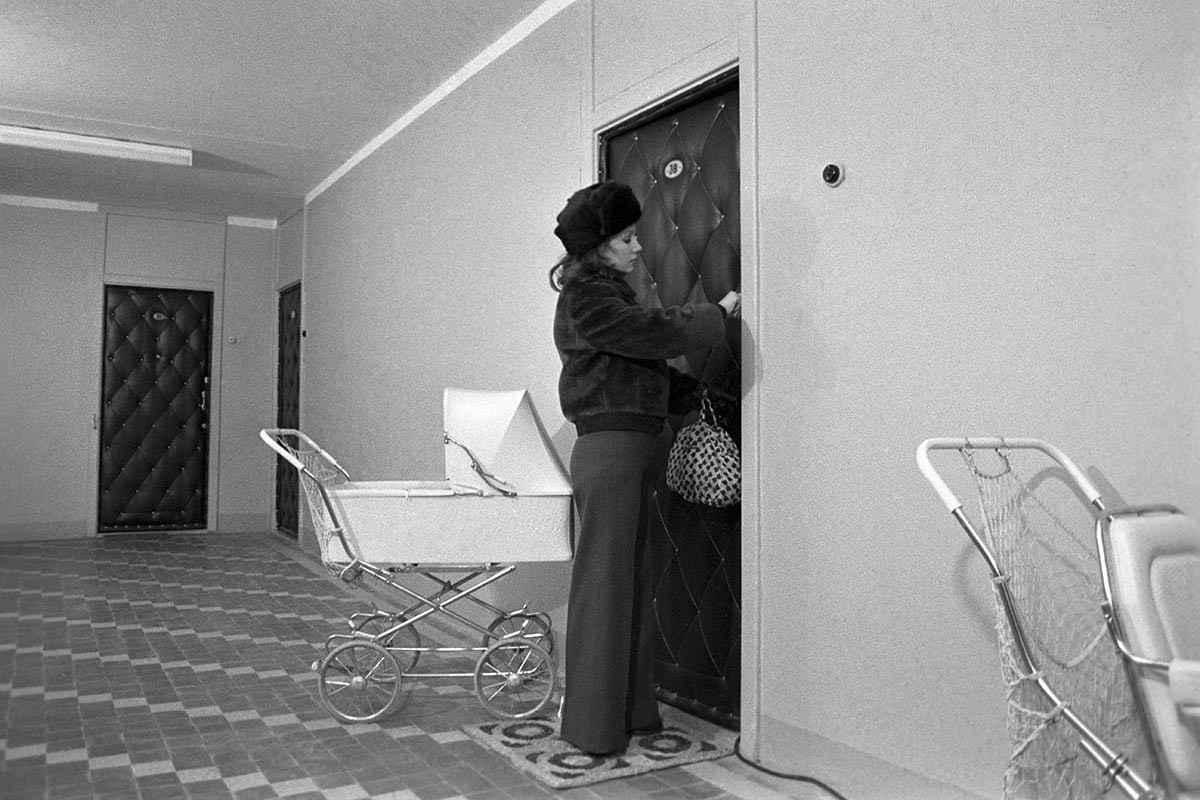 Those doors were also poorly insulated. After a while the wood shrank, and drafts began to appear. All these reasons made Soviet citizens improve their apartments’ front doors with artificial leather, sold under the name дерматин (dermatin) – also known as fabrikoid. It made doors look “richer” and also helped them last longer – looking for a new door in the USSR could last months.

Why are they so thick? 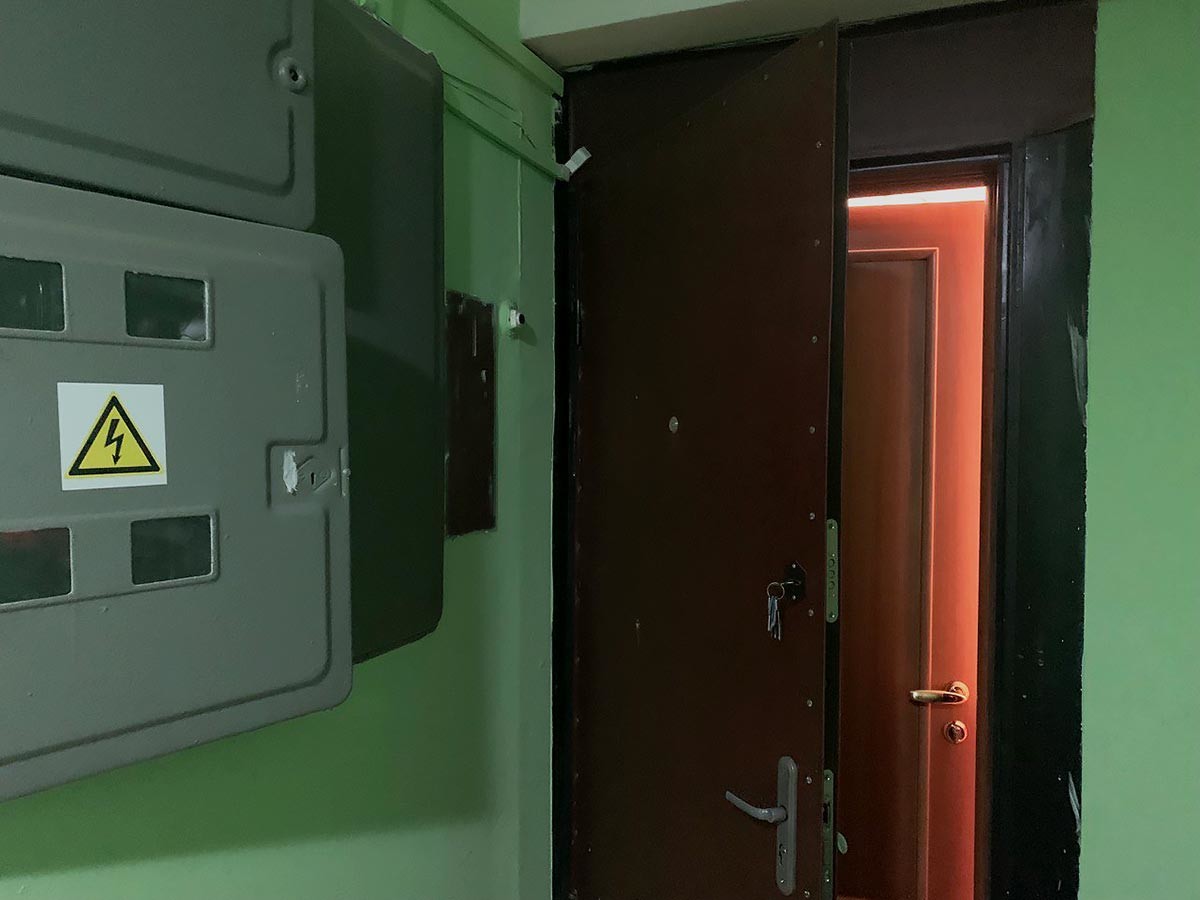 A double front door in an apartment house.

Of course, there were burglaries in the USSR, and people were very concerned that the doors were so poor and could be hacked through easily.

Why, then, didn't the state supply its citizens with theft-proof apartments? Surprisingly, there were political reasons, induced by the Communist Party. The bolsheviks thought that producing and installing iron doors would not only be costly – it would undermine the ideological basis of communism. Naturally, why would one need iron doors in a country where everything belongs to the people, and militia carries out its service perfectly. And also, what would you want to hide behind iron doors? In a society with low levels of privacy, anyone who wanted to isolate themselves would attract suspicion and gossip.

READ MORE: What was wrong with life in the USSR?

In the later years of the USSR, installing thick, often multi-layered or multiple iron doors became a big thing – and also, railings on windows appeared, that could protect from burglars breaking in through the windows. Even if you didn’t really have millions or a stash of diamonds in your 30-meter two-room apartment, you could install an imposing door and show off to your neighbors. But the main reason behind the popularity of thick and multi-layered doors is surely psychological – after years of insecurity behind thin small doors they overcompensate now by installing several ones.

Why did most Soviet doors open into the apartment? 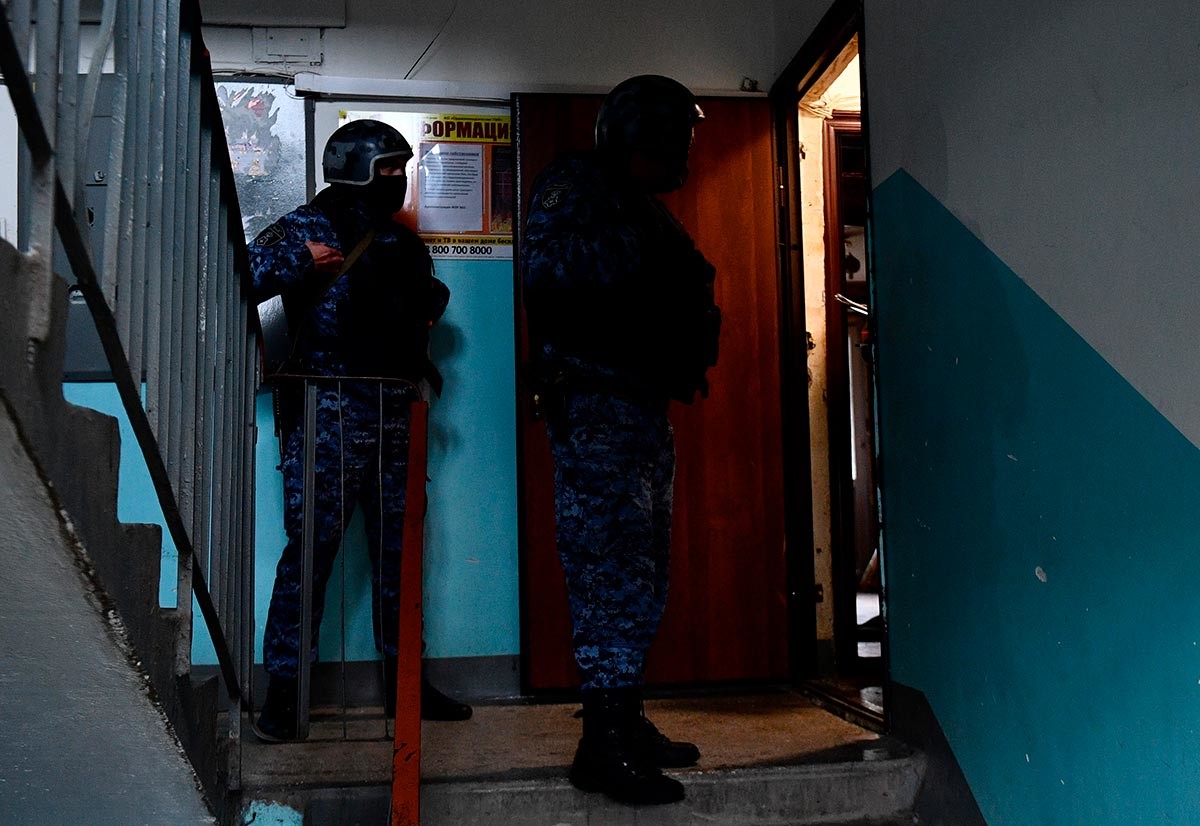 There’s also a recurring Soviet myth that most doors into the Soviet apartments opened to the inside because of state security – the KGB allegedly wanted the apartments to be easily broken into in case someone dangerous locked themselves inside.

Of course this is pure fiction. The Soviet KGB could enter or crash into any home if they needed to, no matter how thick the doors were or which side they opened to. The real reason is much simpler – the staircases in khrushchyovkas are really small. If the doors were made to open outwards, they would simply need more potential space in the stairwell. And in some houses, doors of neighboring apartments were so close to each other that one could open his door and involuntarily hit his neighbor with it, while the neighbor was fiddling around with his own lock and keys. So the doors opened on the inside – and when reinstalling those doors in the 1990s, many citizens changed the frames and made them open on the outside – to provide more space for them inside the apartment.

READ MORE: 10 things about Russian homes that will shock you

Funny that Russians still preserve their love for thick doors. “​​I will never be able to spend the night with such a door in such a house, much less leave my children and wife there. It's ‘come in who wants!’ And you never know what!” – a Russian internet user wrote about American front glass doors and wooden doors. Probably he has a point? Tell us in the comments!