The weirdest orders in the Russian army 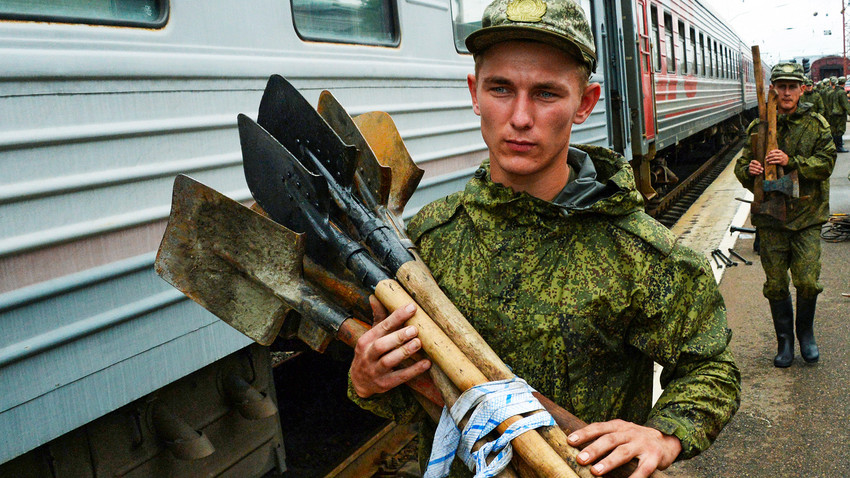 Vitaly Ankov/Sputnik
Anyone who serves as a conscript must be ready to "run from here till lunchtime" and "paint the grass" before the commander arrives. Our correspondent tells about his personal experience of Russian soldiering.

The main goal of army life is to produce fighters who will rush fearlessly into battle under a hail of bullets. Therefore, it is believed that future soldiers must unlearn the art of thinking and be programmed to instantly follow orders, no matter how crazy or stupid they may seem. Otherwise, the brain and self-preservation instinct will kick in, and the war will be lost.

Some army orders really are crazy and stupid, whichever way you slice it.

Dig a trench from here till lunchtime 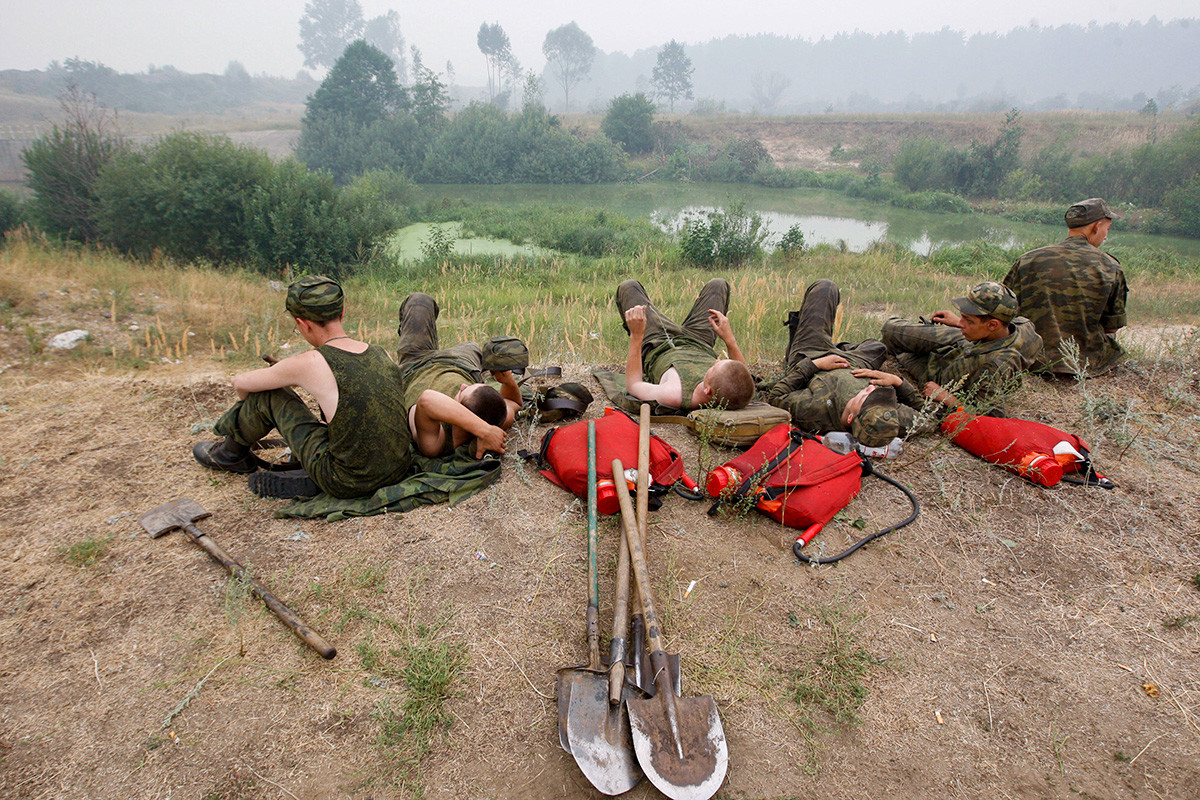 The expression to do something “from here till lunchtime” applies to many aspects of military life: running, working, cleaning, shooting practice, etc. It means to do it till your body aches.

There is a completely rational explanation for this. A large number of young, testosterone-charged men need an outlet for their energy, otherwise they’ll just attack each other. And that would be dangerous in a place with easy access to firearms.

This is an army drill that trains a unit to get quickly dressed and undressed when the alert sounds. Like firefighters faced with an emergency, they need to be able to don their gear in a matter of seconds. It’s no different in the army.

You, together with your entire unit, are trained to get dressed and run out of the barracks inside a set time limit. The "training game" begins in bed under the covers, and on the order "Company rise!" you leap out of your bunk and race to put on your uniform.

In summer, you are given 50 seconds to complete the task; in winter, a minute fifty.

If someone doesn’t manage it in time, the commander shouts “Company retreat!”, and you all run back to undress and climb into bed, and everything is repeated in an endless loop until everyone has completed the task within the allotted time. Or until lunch comes – even war can wait for that.

Funeral of a cigarette butt

In the army, smoking is allowed only with the permission, and in the presence, of a superior. And if you are seen with a cigarette in the smoking-room (or anywhere else) during duty hours, you will be sent to “bury the cigarette butt”.

This means you must take a shovel and go into the forest beyond the unit grounds. There you will have to sweat for several hours digging a full-fledged grave. When done, you will have to place the butt at the bottom, deliver a funeral speech and then cover it with earth.

But that's not all. The cherry on the cake is extra dirty-work duties for the week.

Everything in the army should be spick-and-span. If something isn’t shining, it needs polishing sharpish. Especially before a visit by a high-ranking official or, God forbid, a general.

Army recruits regularly paint the walls and baseboards, but sometimes the view is spoiled by withered and yellowed grass, in which case you have to paint it an optimistic green color.

"Flash on the right"

During forced marches and morning runs, commanders like to shout out "Flash on the right!", "Flash on the left!" and other commands to train their underlings to react to a mine or grenade exploding in the immediate vicinity.

On hearing the "Flash..." shout, you must hurl yourself to the ground in the opposite direction and cover your head with your hands until the commander yells, "Company, at the double!" To an outside observer, it looks like crazy rabbits dancing.

In the army, even those who have never held a needle will have to learn cutting and sewing skills. Every day you will have to sew a piece of white fabric to your jacket collar. This is not for the sake of appearance, but to prevent dirt and sweat from eating into the fabric, which doesn't get washed so often and can become a breeding ground for microbes and bacteria, causing skin irritation and disease.

If your sewing skills are not up to scratch, or your commander doesn’t like your handiwork, he will keep tearing off the hem until you sew it on properly. You will also have to sew name tags on your possessions and mend torn trouser and jacket pockets, because you are given only one set of army clothing for your entire period of service.