Why does modern Russia need the Cossacks? 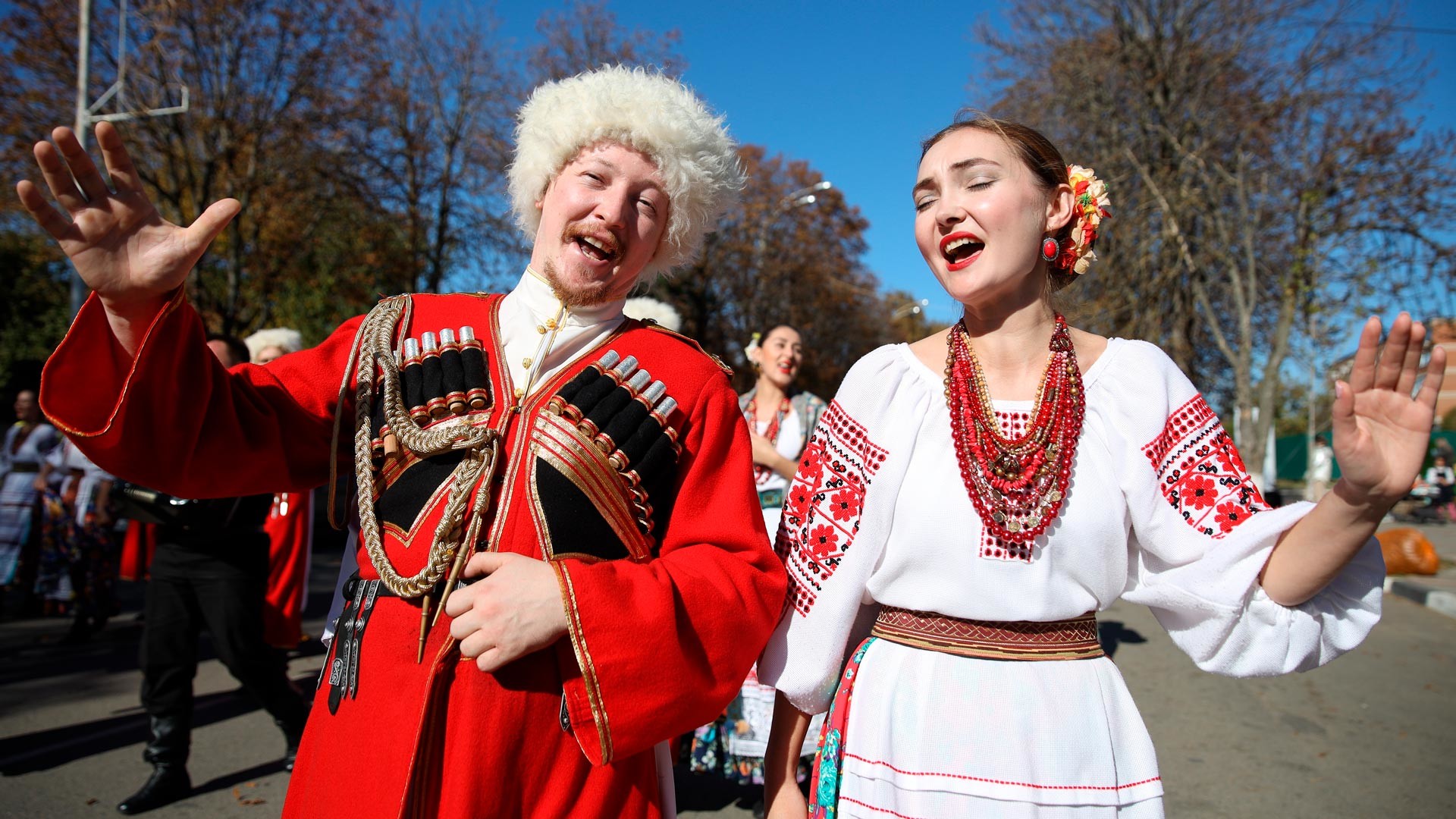 The Cossack song ensemble "Krinitsa" at the festival of Cossack culture "Alexander Fortress" in Krasnodar Territory.

Vitaly Timkiv/Sputnik
In the Russian Empire, the Cossacks formed a special social class. They were distinguished for their great military prowess and tasked with defending the country’s frontiers. But Cossacks still exist today.

"We take our shashka [a Cossack saber] in our right hand and hold it firmly,” says a sturdy, gray-haired man wearing a linen shirt adorned with an ethnic design. “Now I'll show you a trick," he says, placing a bottle of water on the table. He then makes a light movement of his hand, we hear a swishing sound, and the sharp blade cuts through the neck of the plastic bottle while leaving the bottle itself still standing in the exact same position. The spectacle attracts a whole crowd of onlookers. 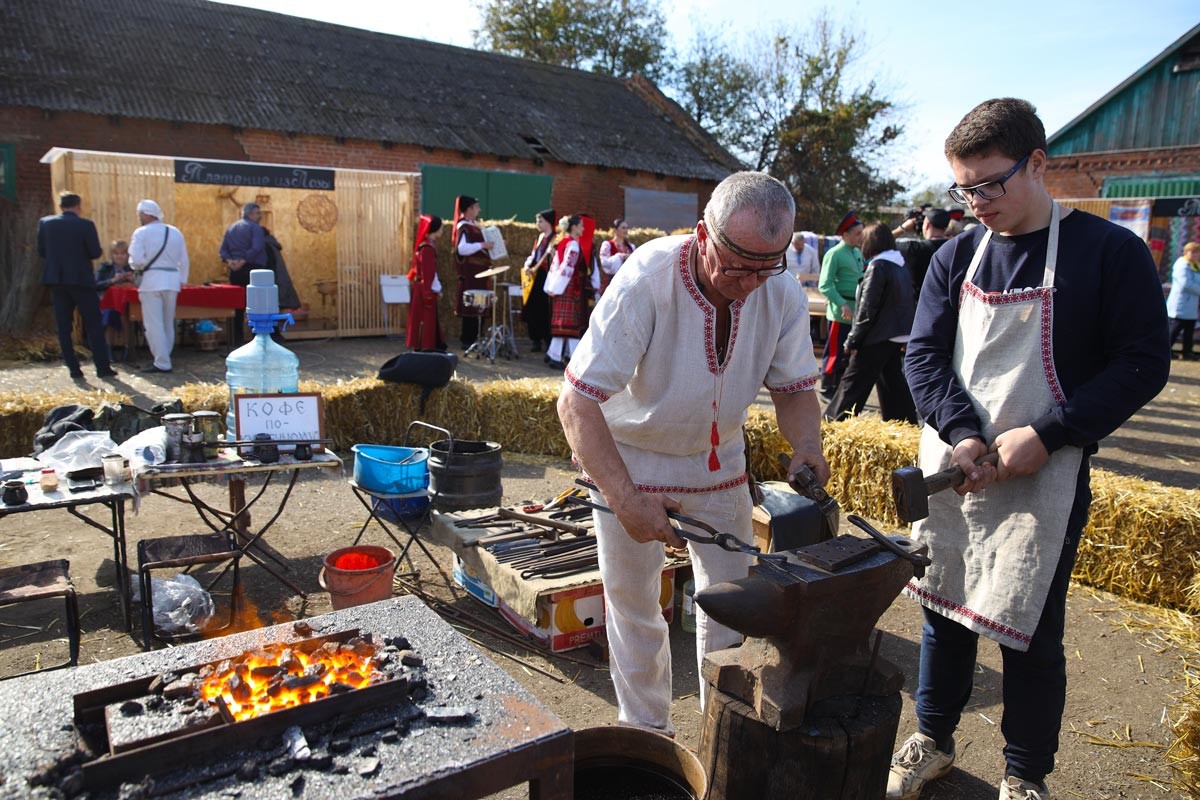 A Cossack at heart

Anatoly Kramarenko is a hereditary Cossack. In modern Russia, Cossacks no longer perform the same role as in pre-revolutionary Russia, but for their descendants this still remains a major part of their identity.

"I am a Cossack, a khorunzhy, an officer and a warrior," he says. "My grandfathers and great-grandfathers were also Cossacks." Khorunzhy is a Cossack junior officer rank—roughly equivalent to second lieutenant—that is awarded by the ataman (leader) of a Cossack community. The community includes men with a military background, many of whom are now trying to revive the traditional skills of the Kuban Cossacks.

Naturally, nowadays all hereditary Cossacks have regular professions to earn a living. For instance, Anatoly became a blacksmith and for more than 40 years has been transforming pieces of metal into delicately shaped roses, sturdy horseshoes and Cossack sabers. Today he shares his skills at the festival of Cossack culture organized by the Oleg Deripaska Volnoe Delo Foundation, in Ust-Labinsk (about 50 km from Krasnodar), a former Cossack settlement. 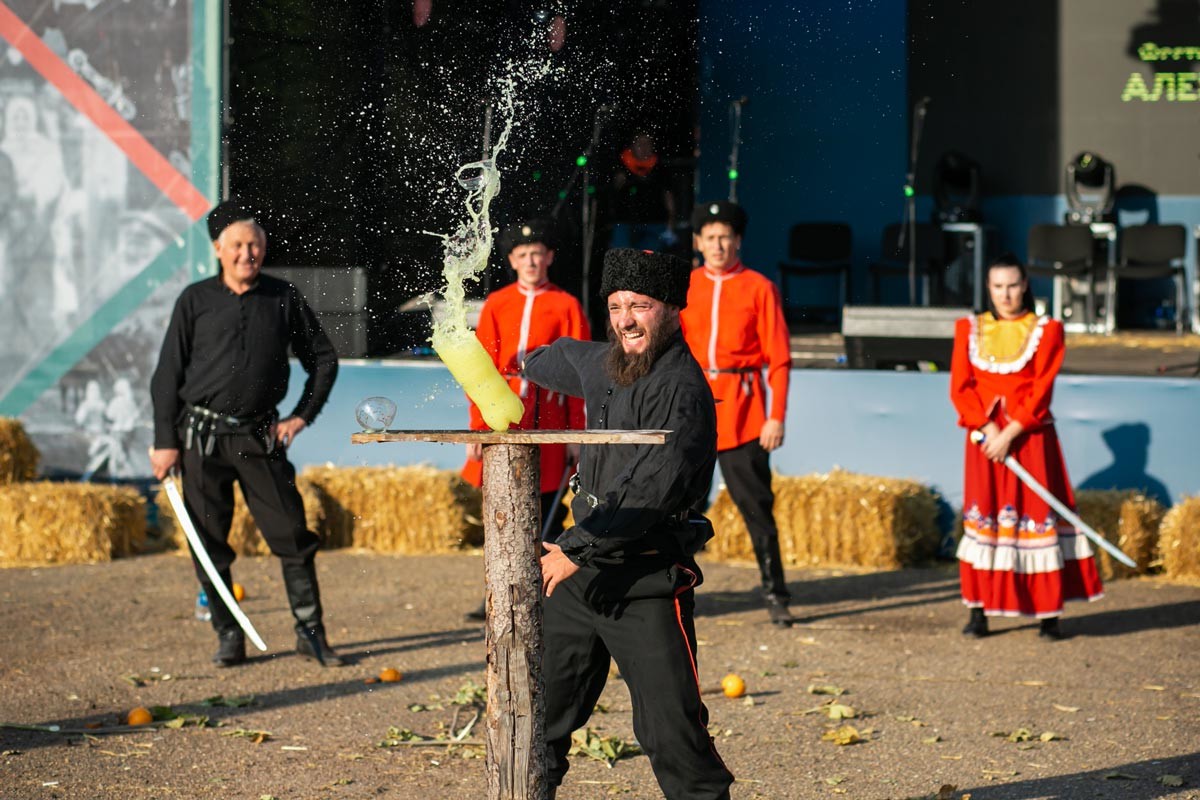 How to become a Cossack?

Before the 1917 Revolution, the Cossacks constituted a major military-service class in Russia, numbering over three million people (around 2.5 percent of the entire population). Their ancestors were "fugitives" of all sorts who had fled from the authorities to the outskirts of the empire in search of a free life. The Russian state ultimately opted to use the Cossack forces in its own interests and granted them considerable freedoms in exchange for guarding the Russian borders against external threats. 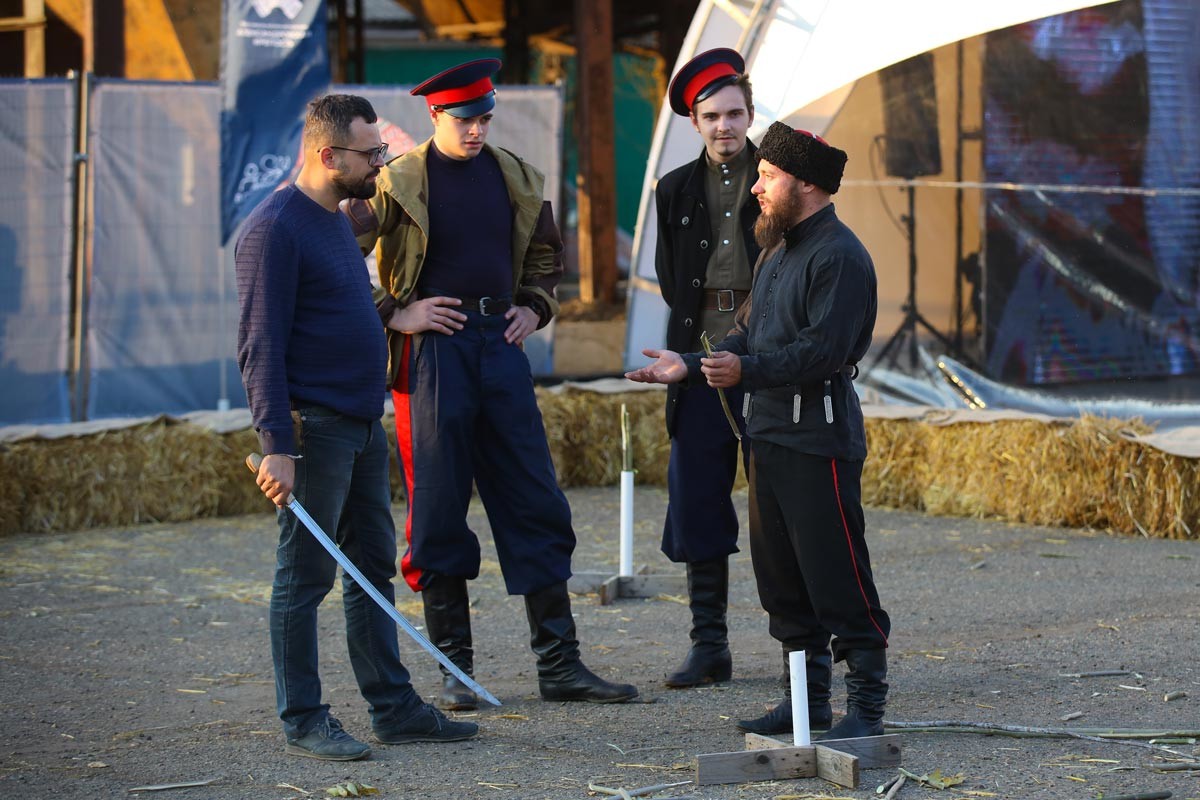 Although the Cossacks came from entirely different ethnic groups and belonged to a variety of different religions (Orthodox Christians made up the majority, but there were also Muslims and Buddhists), with time they developed their own traditions, culture and dialect (“balachka," which comes from from the verb "balakat," meaning to chatter). As a result, sociologists regard the Cossacks as a distinct ethnically-based group. 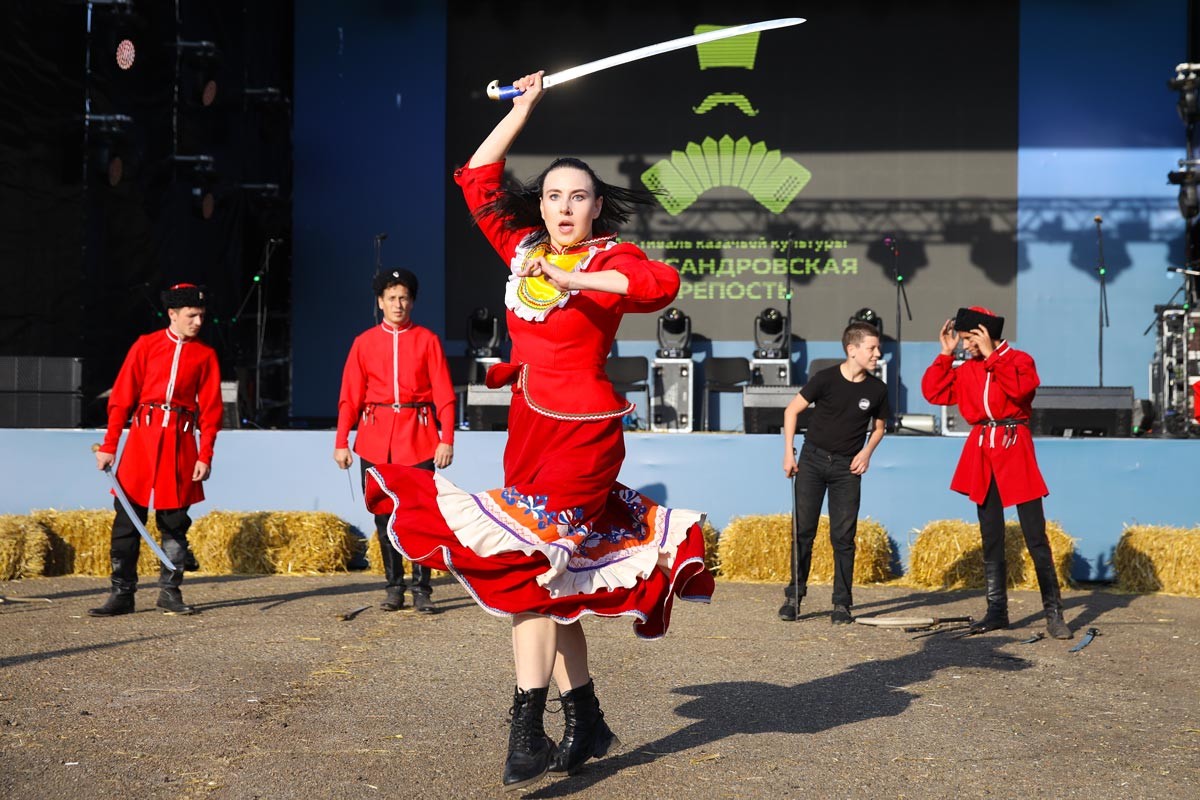 After the Bolsheviks came to power in 1917, the attitude among Cossacks toward the new regime varied. A large number of the senior ranks joined the White Movement, but many others adopted the idea of social equality and went along with the Bolsheviks. Nevertheless, in the early years of the new Soviet state, the Cossacks—especially wealthy Cossacks—were subjected to repressions. Their assets were confiscated and their families deported. This was called "decossackization," just as "dekulakization" referred to the Soviet campaign of political repressions against prosperous peasants known as the kulaks.

Because of this, up to the very end of the Soviet period people were reluctant to talk about their Cossack background. According to the 2010 census, around 70,000 people now identify as Cossacks, predominantly in the Krasnodar Territory and the Volgograd and Rostov regions, where many local people have Cossack roots. 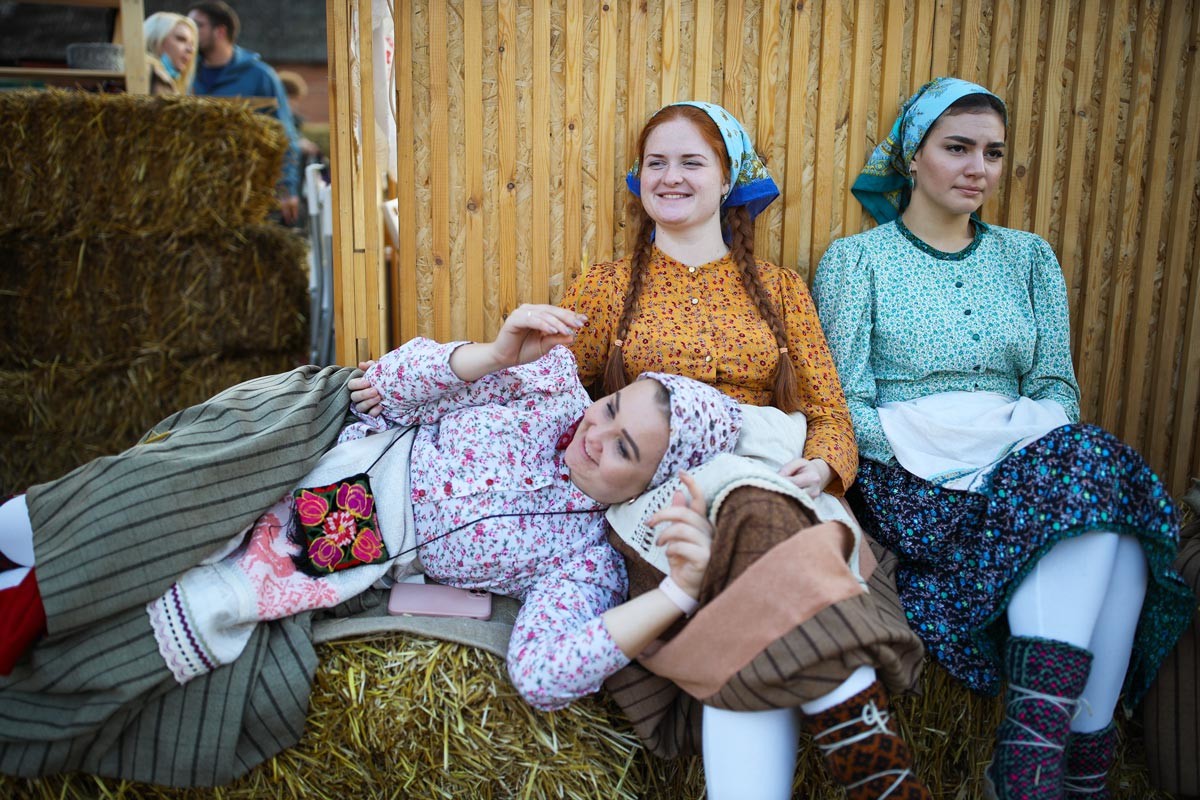 A wish woven from a thousand knots

Cossacks have historically learned to ride a horse from an early age ("without a horse a Cossack is an orphan," went one saying), including stunt riding (called dzhigitovka). They also had to become versed in how to handle bladed weapons, along with flankirovka—the art spinning and manipulating a saber. 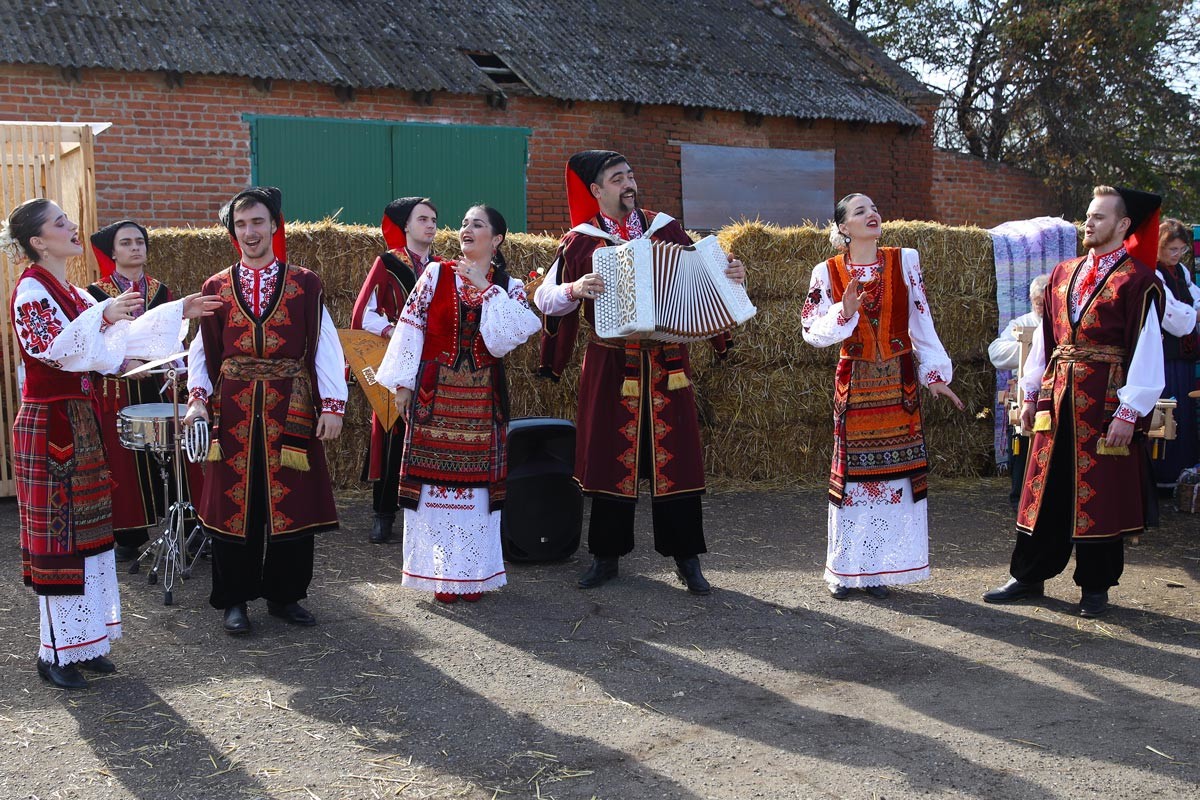 They were skilled in singing and dancing as well.

Nowadays, in the Kuban region, children and adults still have the opportunity to learn about the culture of their ancestors through traditional handicrafts. 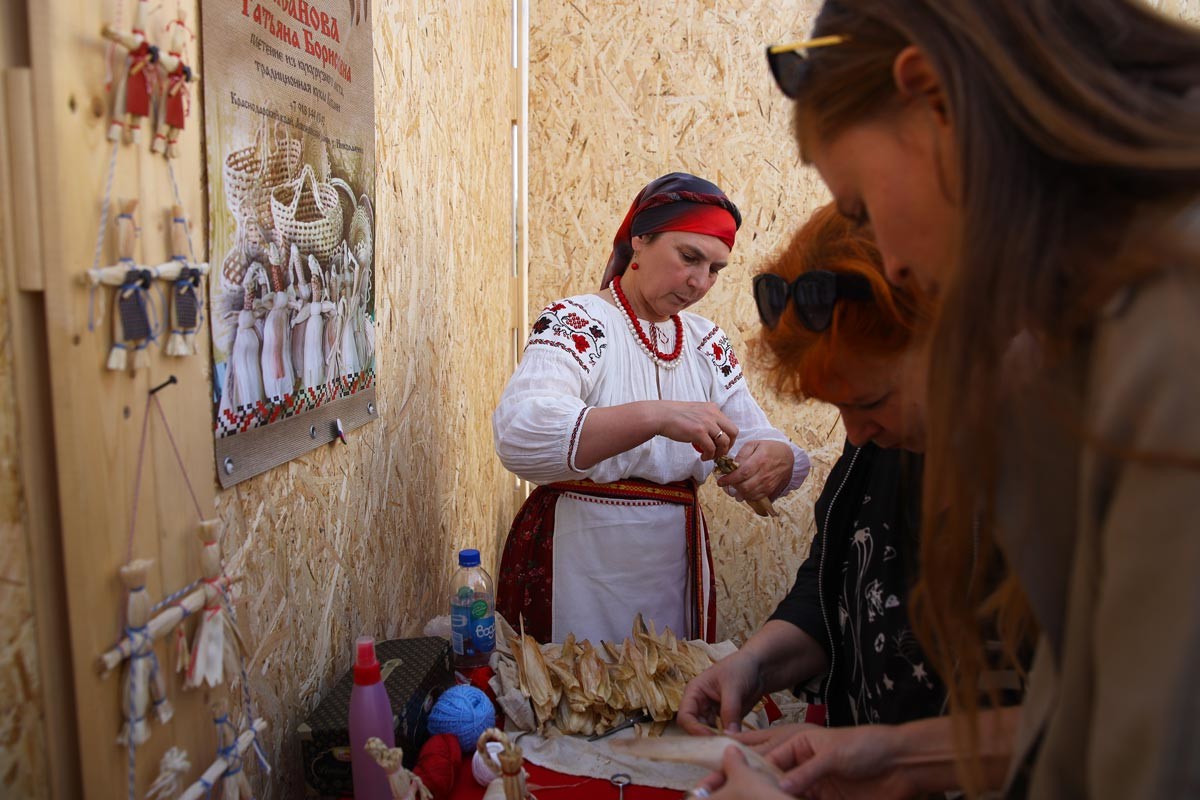 "When we started to teach folk arts, we literally had to interrogate our grandmothers about how it had all been in their time," says Tatyana Asanova, who teaches at a school of traditional crafts in the Kuban region. Asanova received an academic art education and used to teach at an art school. One day, she saw a report on television about handcrafted items made from maize leaves in the neighboring Republic of Adygea and was inspired to learn more about this type of folk art. This was back in 2007, and has been involved in the craft ever since. "In the end I became hooked," she says. "This craft has its own wisdom and knowledge that enrich you from the inside." 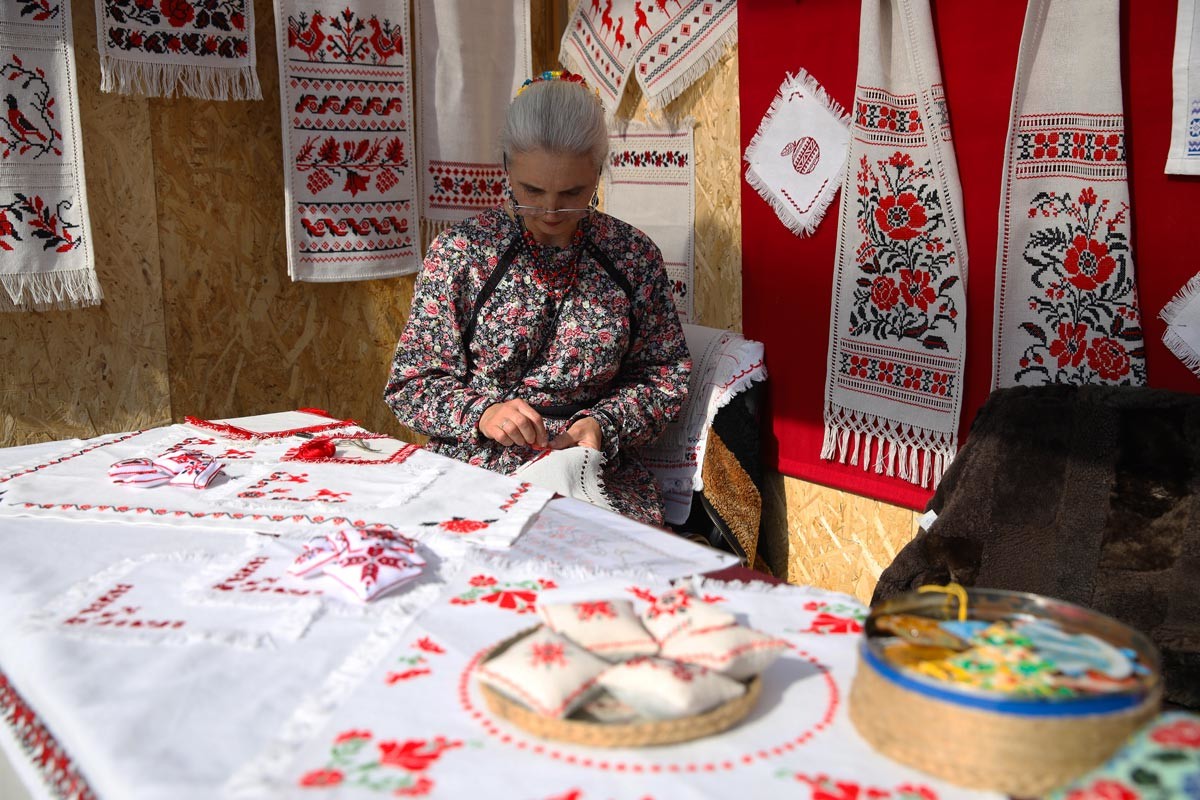 Tatyana teaches young people the craft of weaving items from maize leaves, known as talash (which in balachka means the "shirt" or husk of the corn). Baskets made from talash are particularly popular here for shopping since they can hold large weights, last for decades and are completely environmentally friendly. 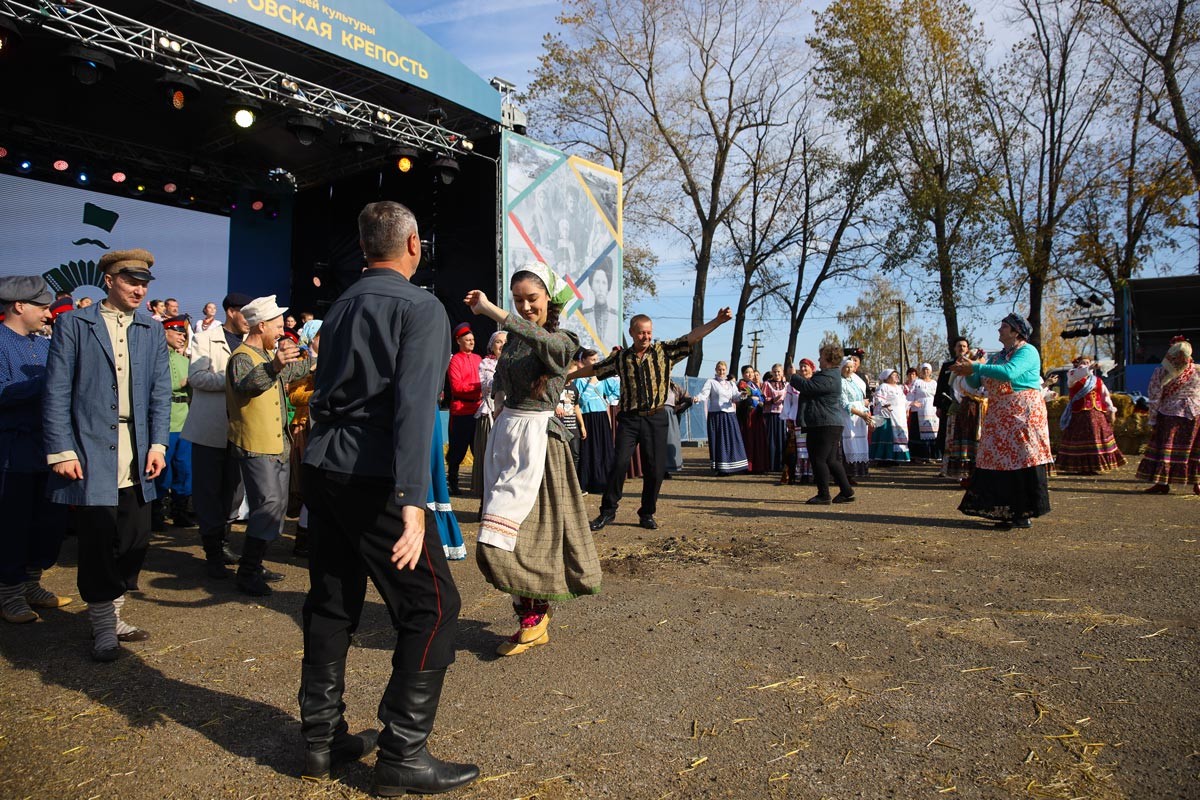 The school also teaches traditional embroidery and how to make folk costumes. For Cossacks, the belt was always a very important detail of the costume, especially the knots used at the ends. "In tying a knot, we enshrine our thoughts and wishes, and we should never untie other people's knots," explains Tatyana. "We know the story of a woman who wove a belt with thousands of knots for her husband, who was about to go to war, and she ‘tied’ into it her desire for him to come back. And afterwards the husband said that there had been moments when he would turn to the side to adjust his belt, and a bullet would fly past. And towards the end of the war he and others were taken prisoner and, on the way to be executed, a German saw his belt and this man was the only one whose life the German spared."