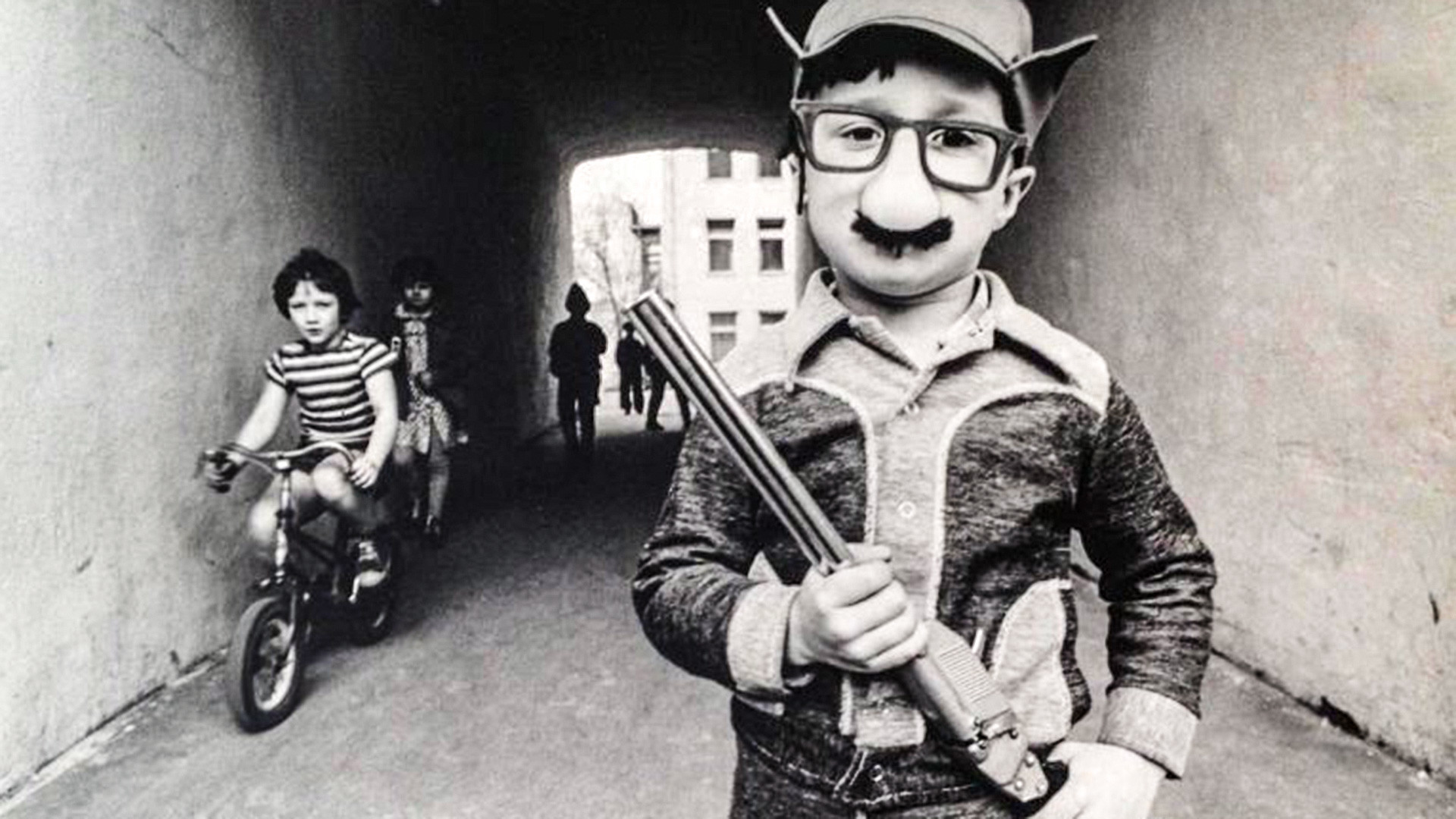 Valery Shekoldin/MAMM/MDF
They didn’t have tablets or even TVs, so they were incredibly creative in everything that was on the outdoor playing field.

From the early 1930s, Soviet propaganda had introduced a physical training program called ‘Ready for Labour and Defense of the USSR’, so many kids were very enthusiastic about it - while quite literally getting ready for the defense. Playing “war” was very popular. 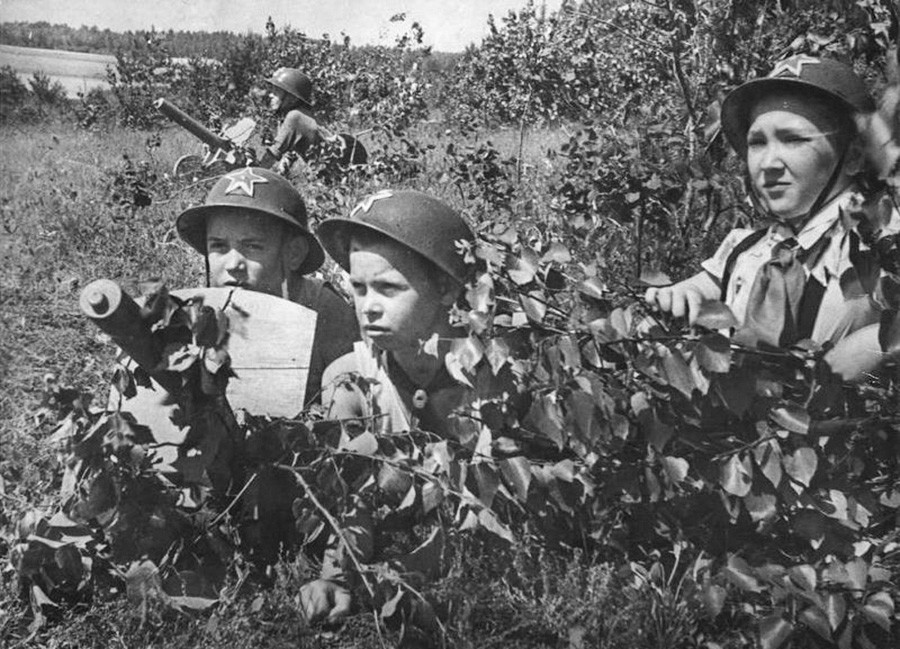 Of course, kids would use toy guns, which were very affordable, or make their own out of wood. 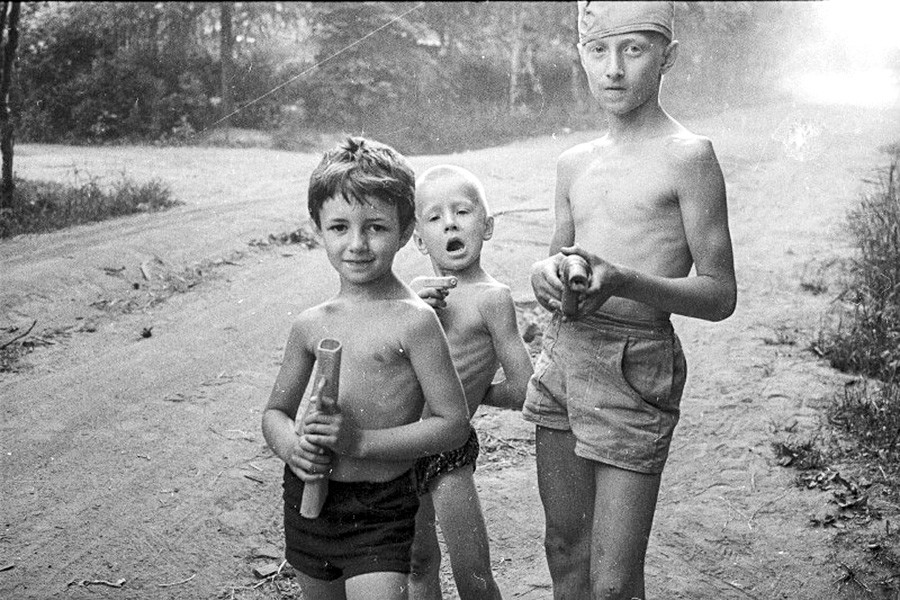 Different guns… After World War II, kids no longer played in any abstract “war”, their game was aimed at defeating the ‘Nazis’. And, of course, no one who played ever wanted to be the Nazis. 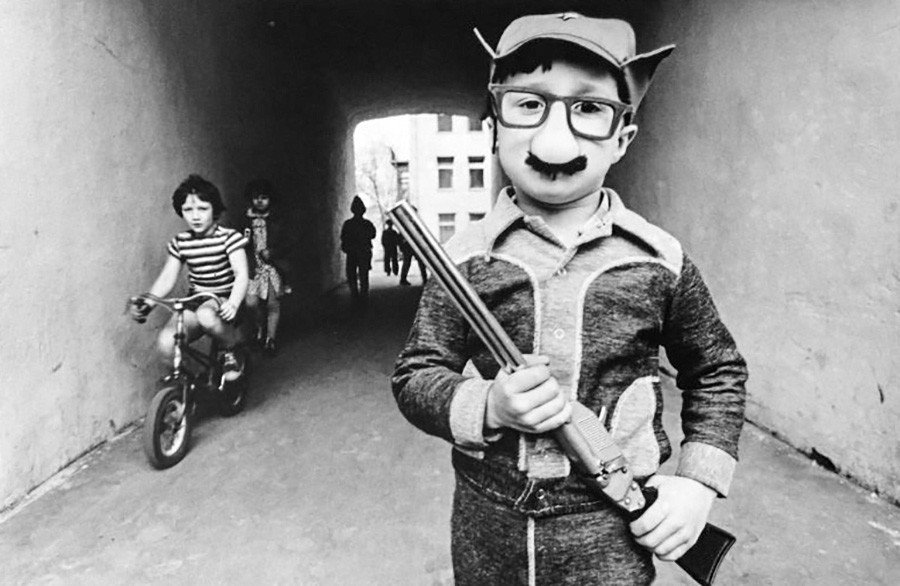 But to have a reason to play, someone merely had to have a regular ball. Kids could also find and use any other item for their games: from glass bottles to used cans. 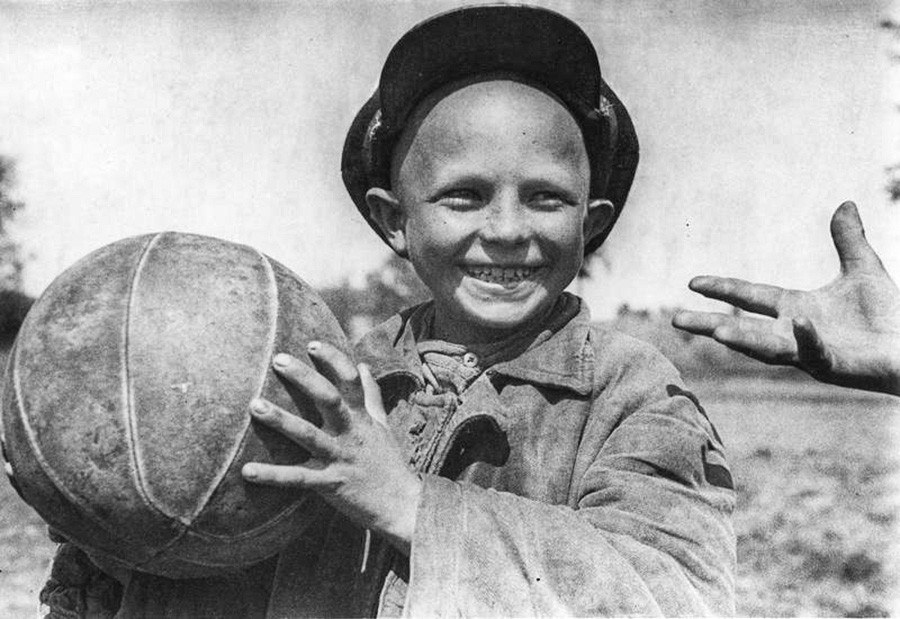 The more complicated games were most often played in pioneer camps and kindergarten. Pictured below are kids playing in a skittles table game. 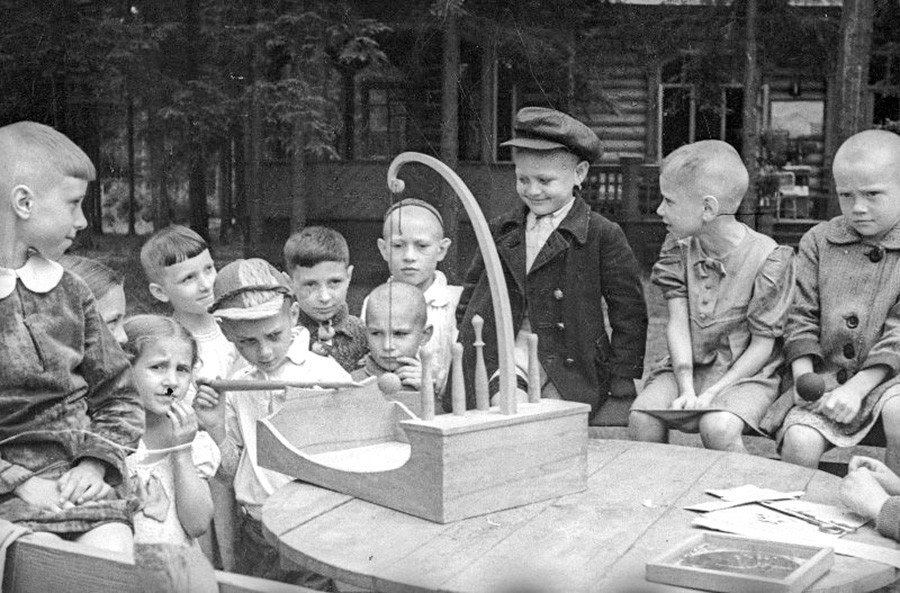 One of the most popular activities among girls was rope jumping. Girls did it literally everywhere - during school break, after classes, the whole day long during the holidays and even at home - annoying other inhabitants of small Soviet apartments and posing a risk to chandeliers and lights. 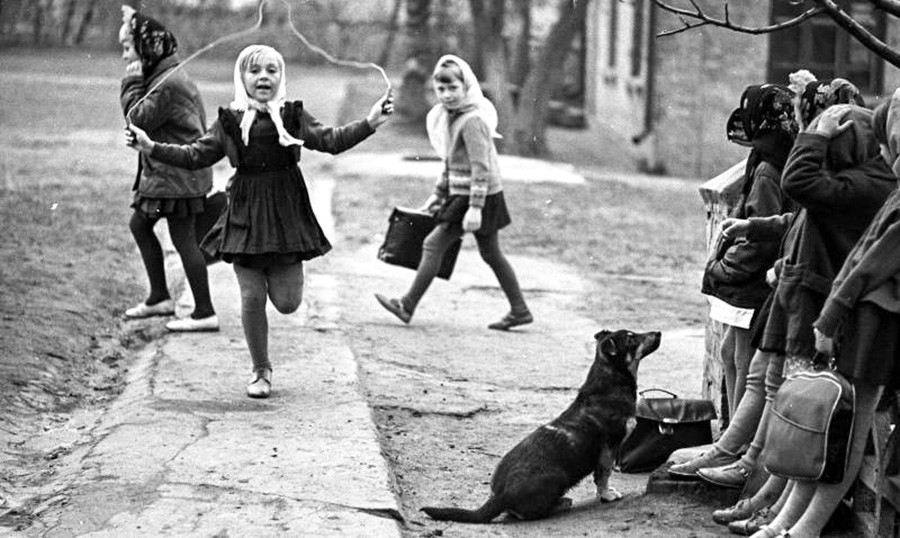 And it was easy to involve a group - two girls would swing the rope, while others jumped one by one. Who jumped more - won. 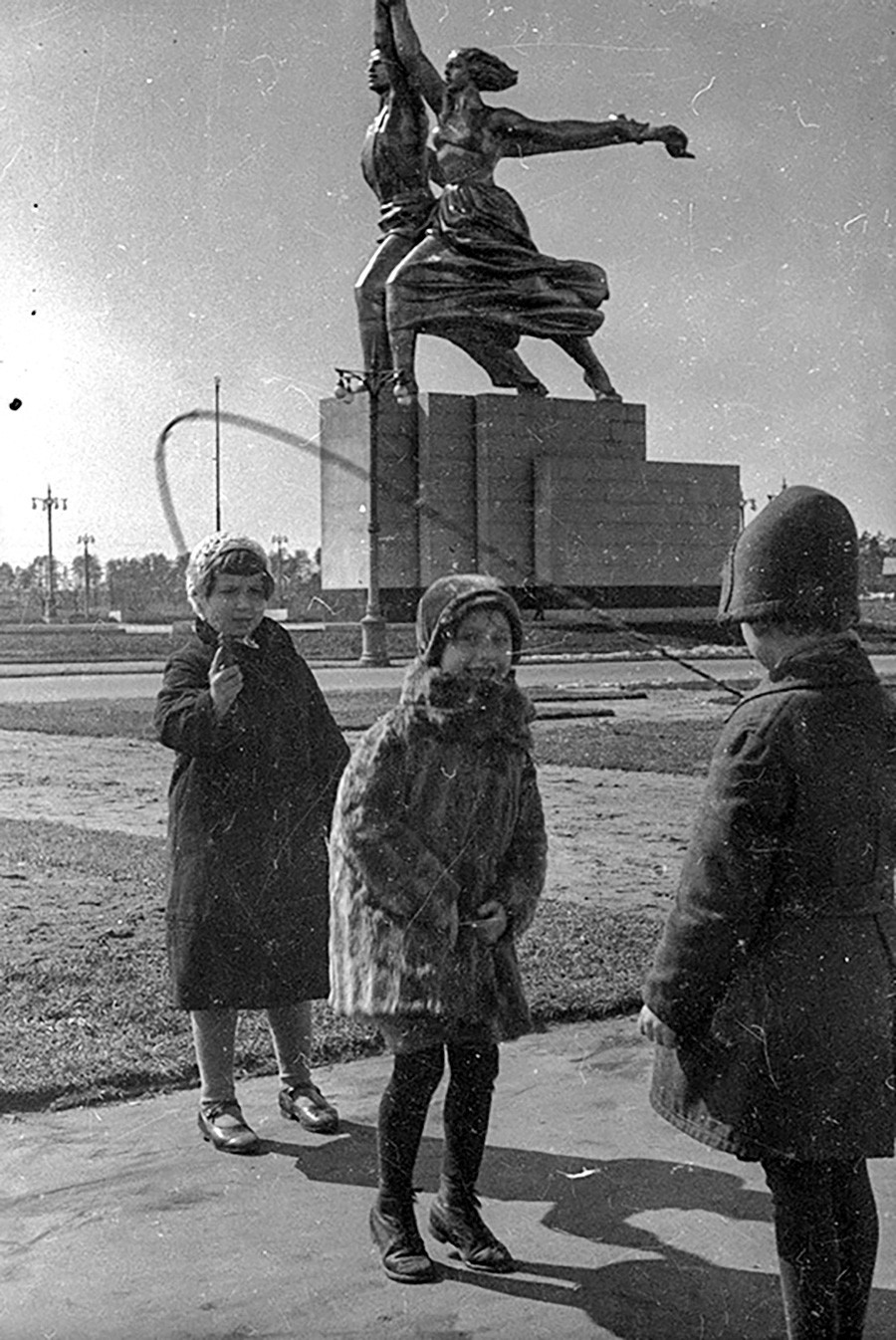 Later, many rope jumping girls would turn to rubber band games, which were tricky and very interesting. They were even permitted to play in school corridors. Adults understood the importance of physical activities to give young minds a rest. 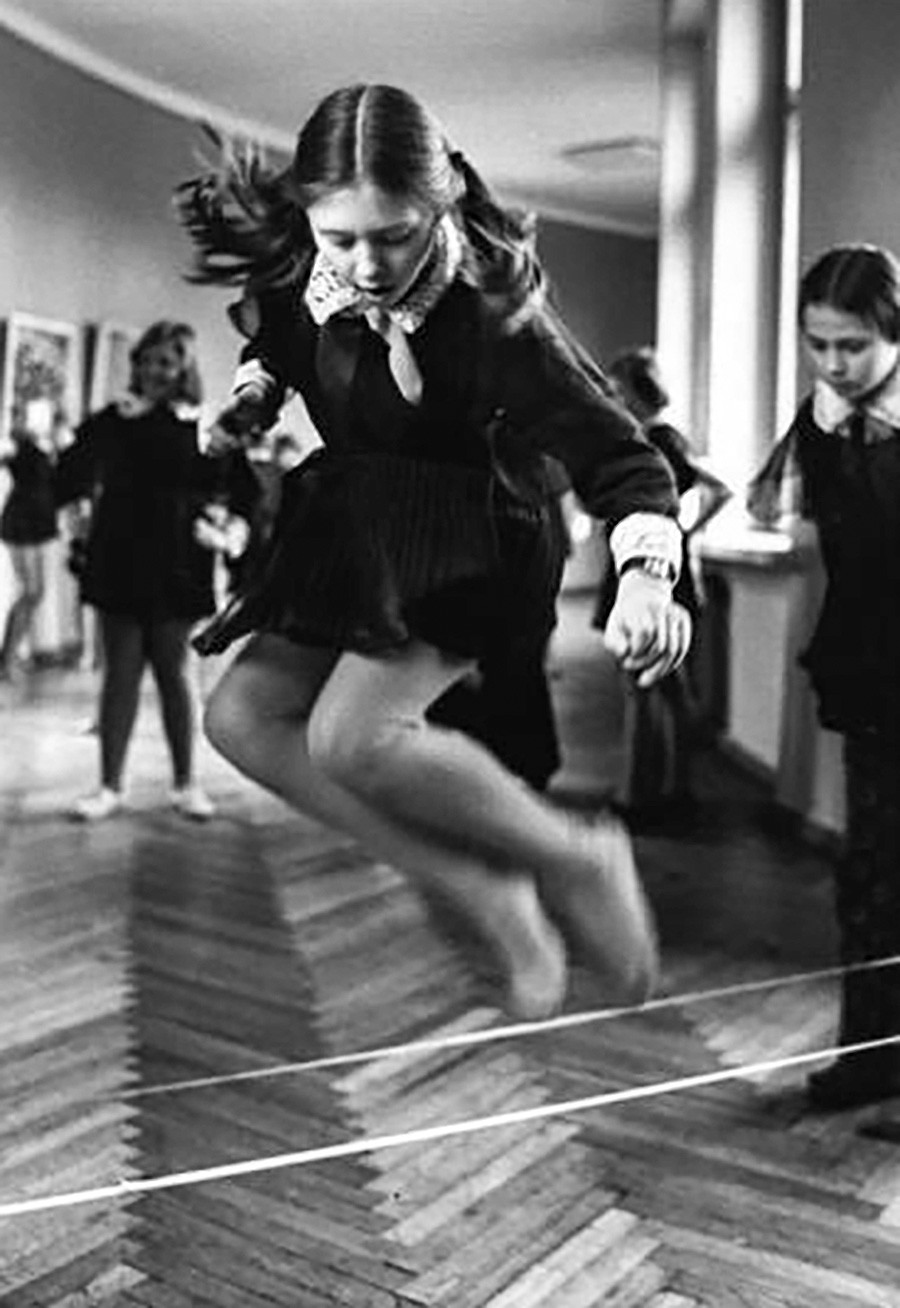 And girls, of course, played a lot with dolls. Sometimes, a doll could be “inherited” from an older sister or even through several generations. Soviet dolls with missing legs, arms or empty eye sockets could often be found at trash dumps and looked terrifying. 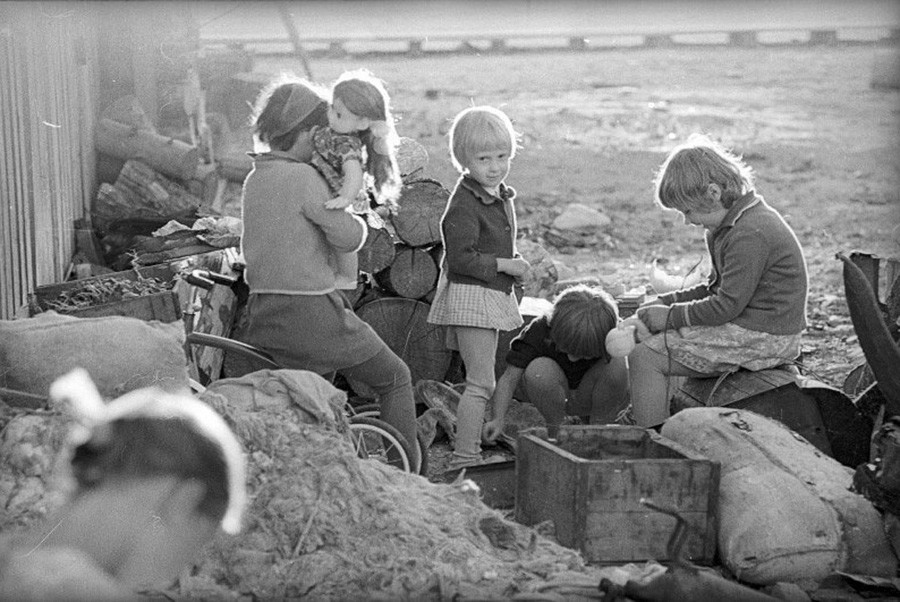 Every Soviet kid dreamed of having a toy car and those lucky ones who had one, were considered demi gods among their friends. A matter of honor was giving everyone a go with it! The Soviet Union was all about sharing. 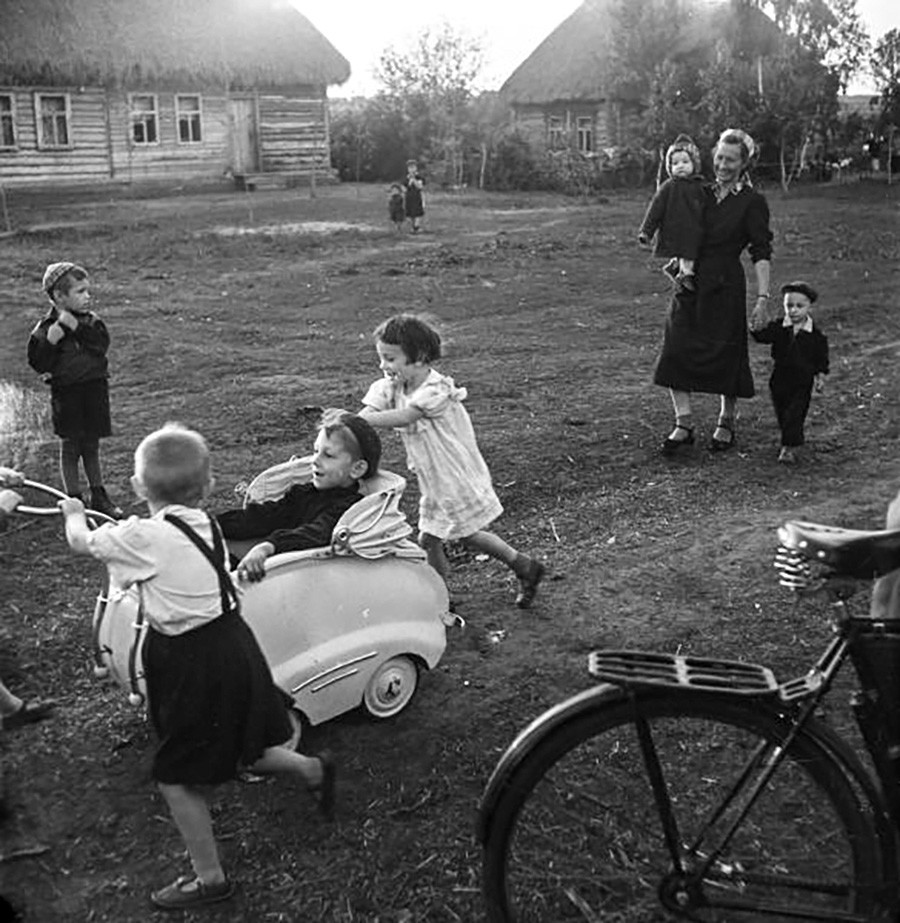 However, if you didn’t have a car, anything that has wheels - an old shopping cart or a baby stroller - would be enough to have a great fun. 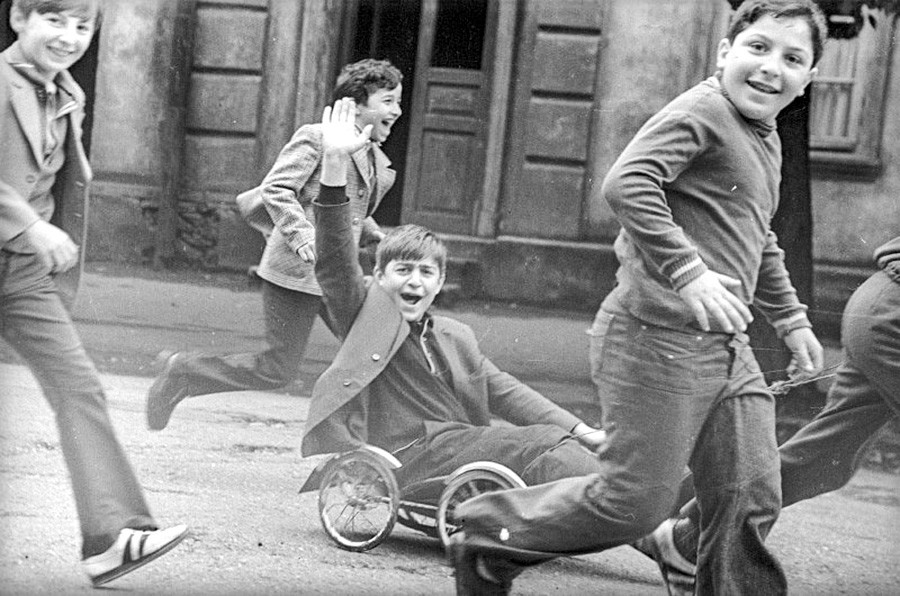 You can still find sandboxes in many yards in Russian cities. That was one of the most favorite ways to spend time among Russian kids - and they could sit there for hours! Kids had plastic forms to build ‘cakes’, castles and different animals. 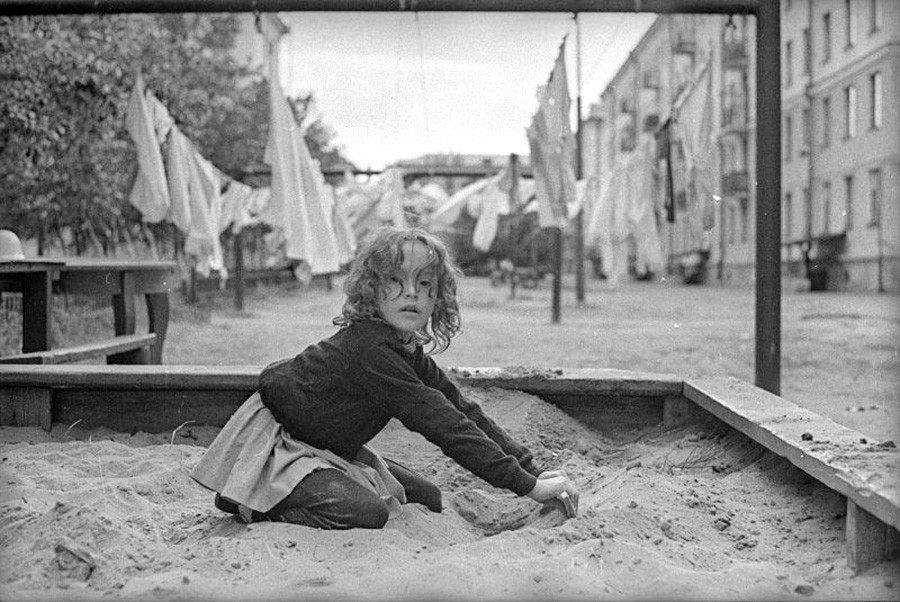 Sometimes, you don’t even need a sandbox and forms… Just some random sand and an old mug would be enough to entertain yourself! 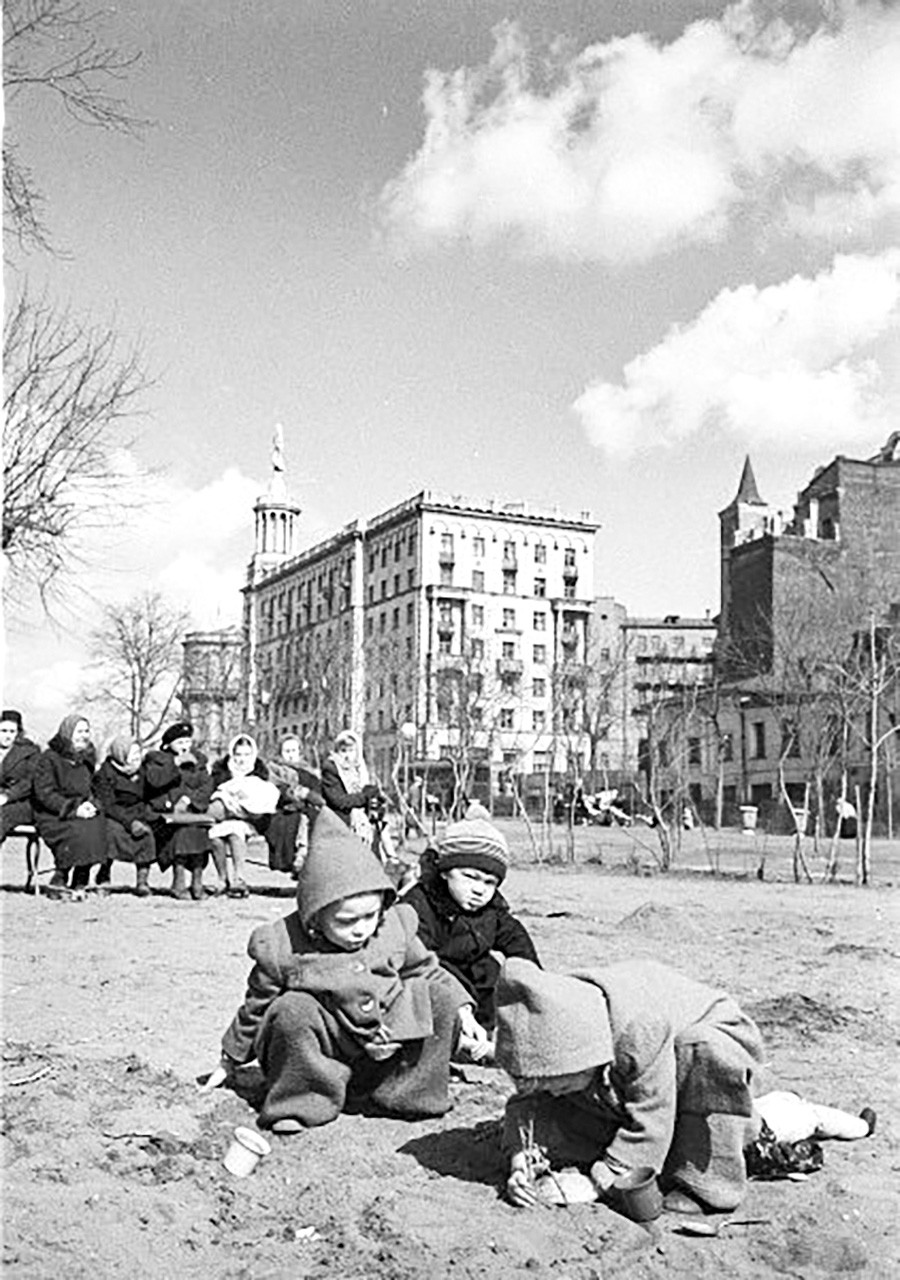 However, sometimes, these games became a complicated engineering process. 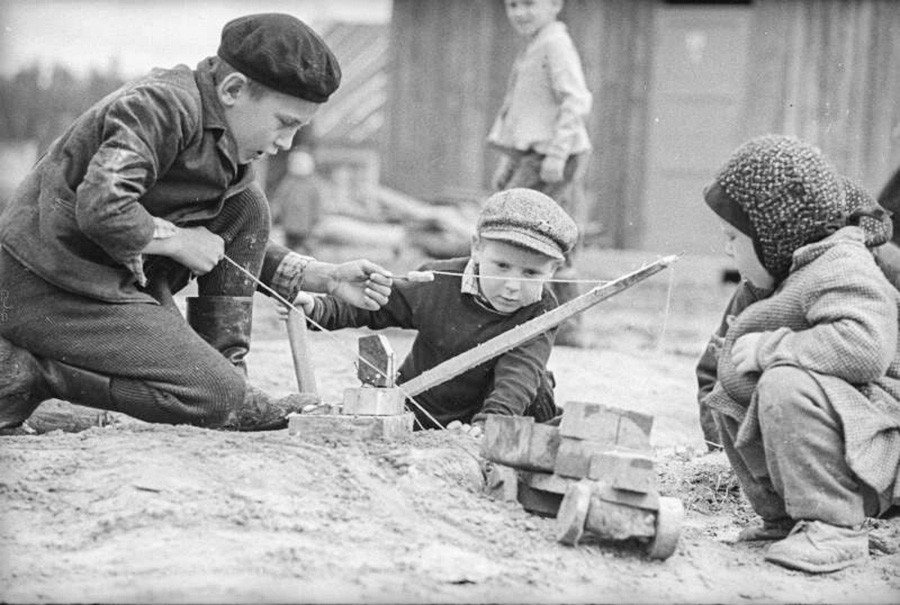 Two games are pictured here. Soccer - literally the USSR’s most popular game, with boys playing all year round. And crayon drawing. There was asphalt almost everywhere, so it was easy to find a “canvas”. 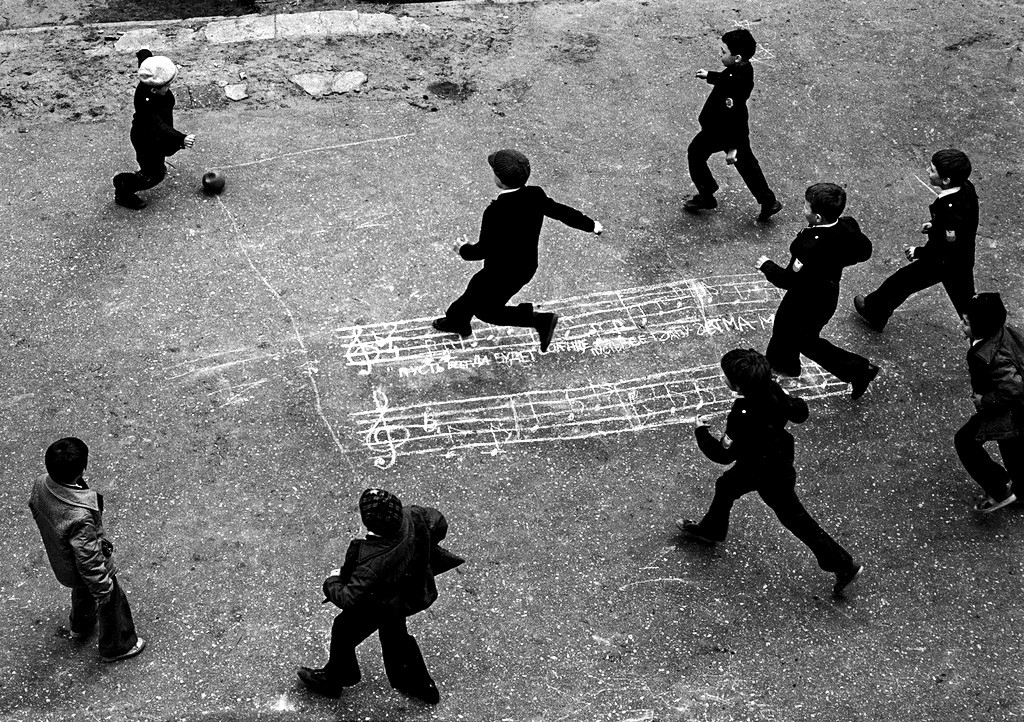 Many Soviet kids dreamed of becoming pilots and were keen on aviation construction. So many would build their own mini planes. 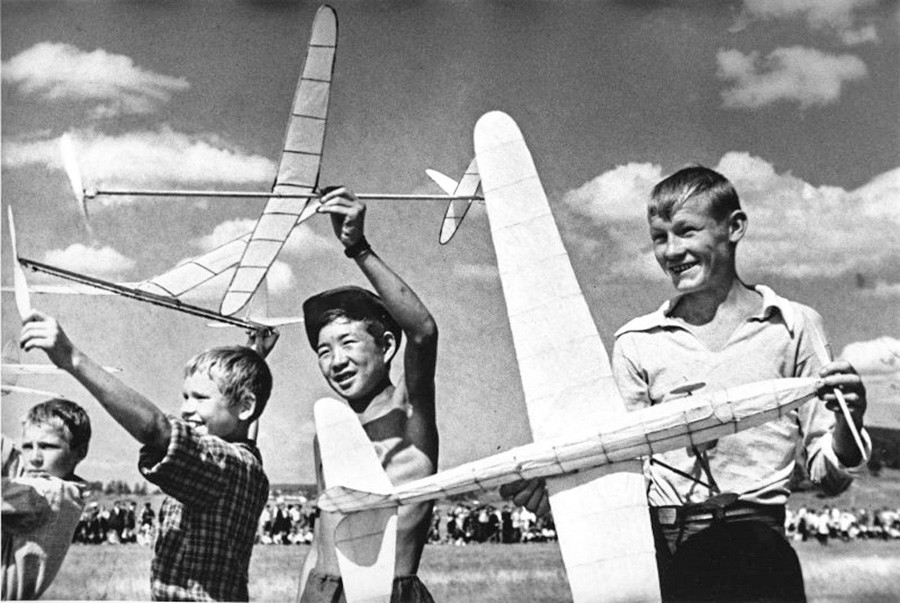 But even without any items, tools or equipment there were lots of fun games. For example, the one pictured below is called ‘Breaking chains’. A member of one team has to try to break the chains of hands from the opposite team. 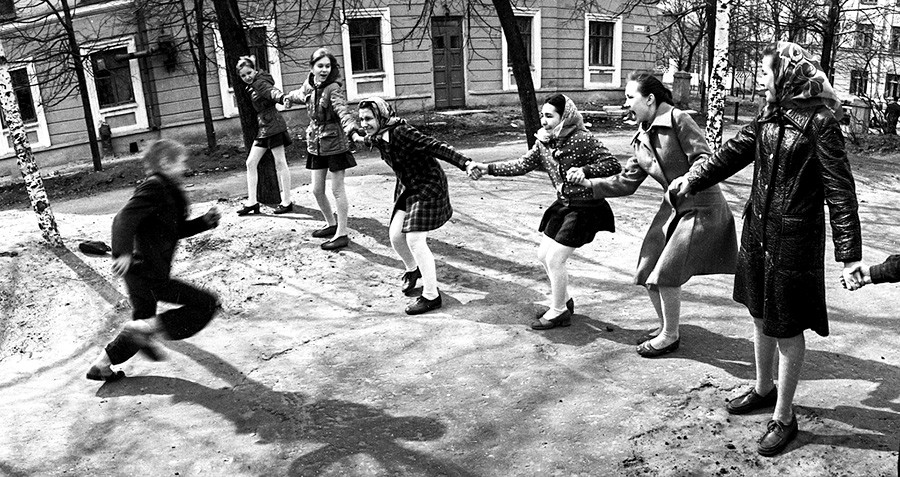 Many courtyards had playgrounds and different types of carousels, monkey bars and swings were a common sight. 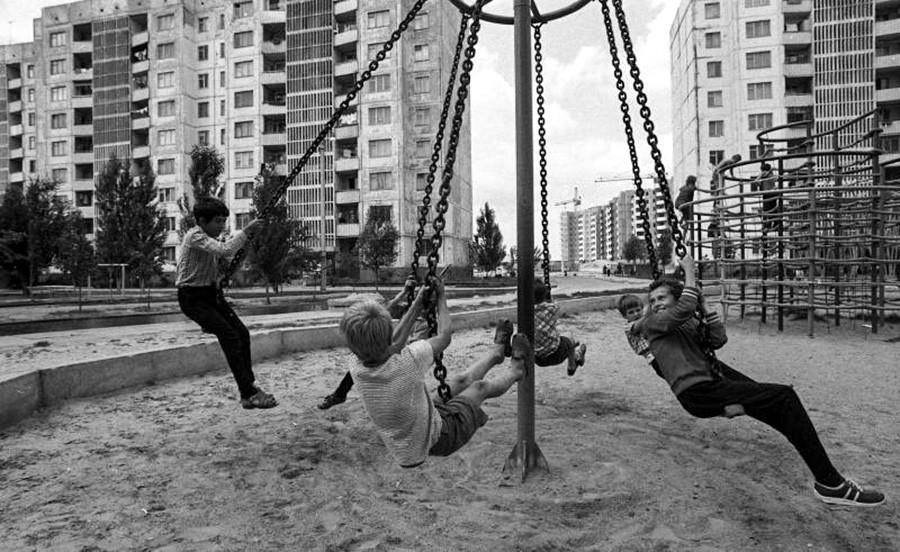 Some kids pulled off such extremes on this equipment that parents wouldn’t handle to see and imagine nowadays! 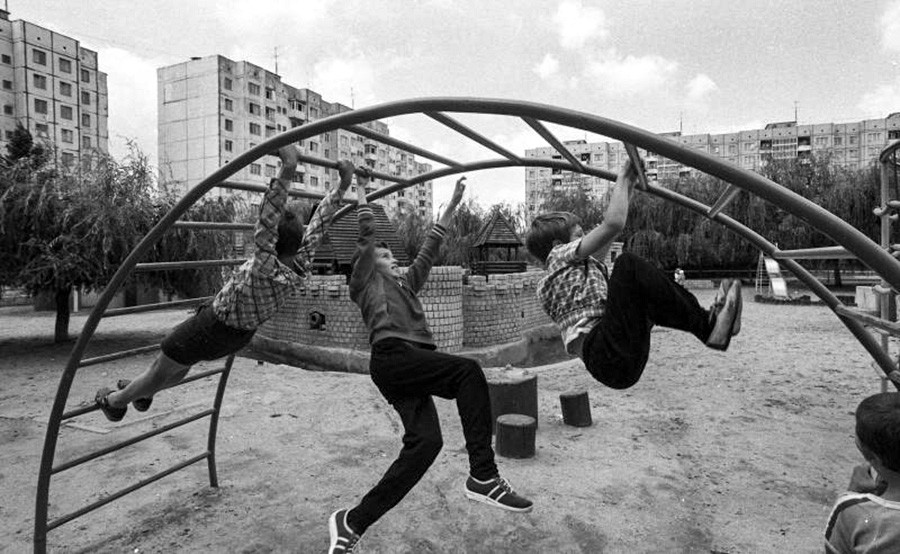 However, Soviet kids, both urban and rural, could find any place to play… and if they got bored in their yards, they took off in searching adventures - including in trash, abandoned buildings and other places where they were not supposed to be. Parents didn’t follow them a lot, so they explored life... 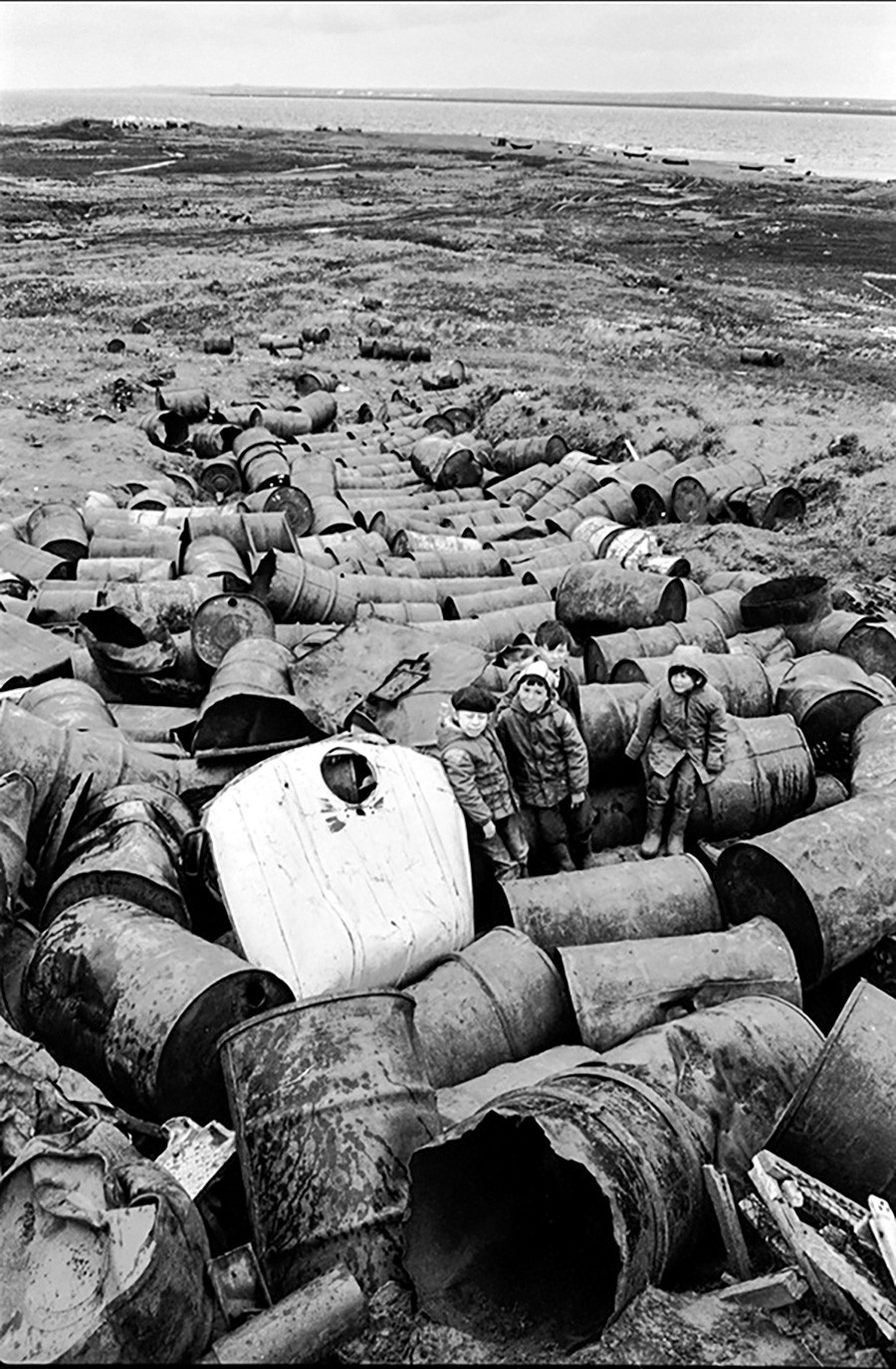