Is it true that the center of Asia is in... Russia? 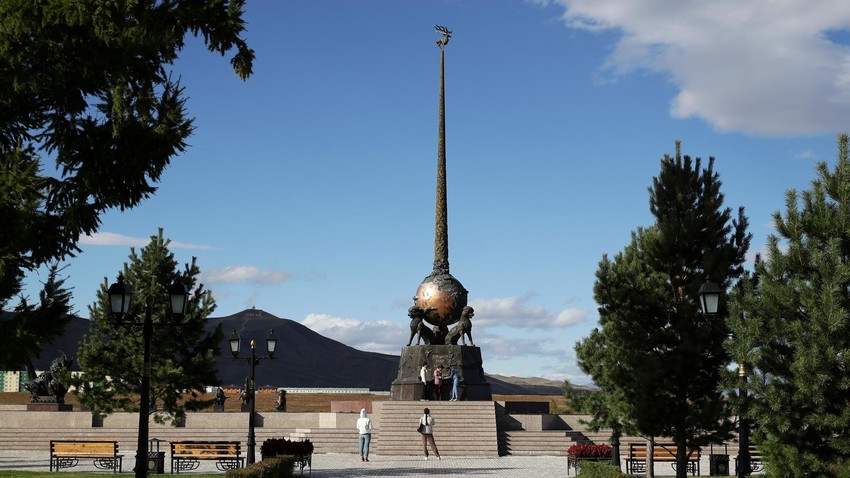 Kirill Kukhmar/TASS
This spot is believed to be the geographical center of Asia. But who decided that this was so and when?

There are only two locations seriously in the running for the title of the geographical center of Asia, the largest continent on Earth, and their dispute has been going on for several decades now, with no resolution in sight. So, if you really want to travel to the heart of the Asian part of the world, you’ll have to decide which one to visit or go to both to avoid getting it wrong.

So where is the center of Asia?

One center is located in Russia, in the city of Kyzyl (4,706 km east of Moscow) in the Republic of Tuva. It is marked by a tall obelisk with the self-explanatory name ‘Center of Asia’, located on the Kuzhuget Shoygu Embankment of the Yenisei River. The embankment is named after a prominent Tuvan official and father of the current minister of defense of the Russian Federation. 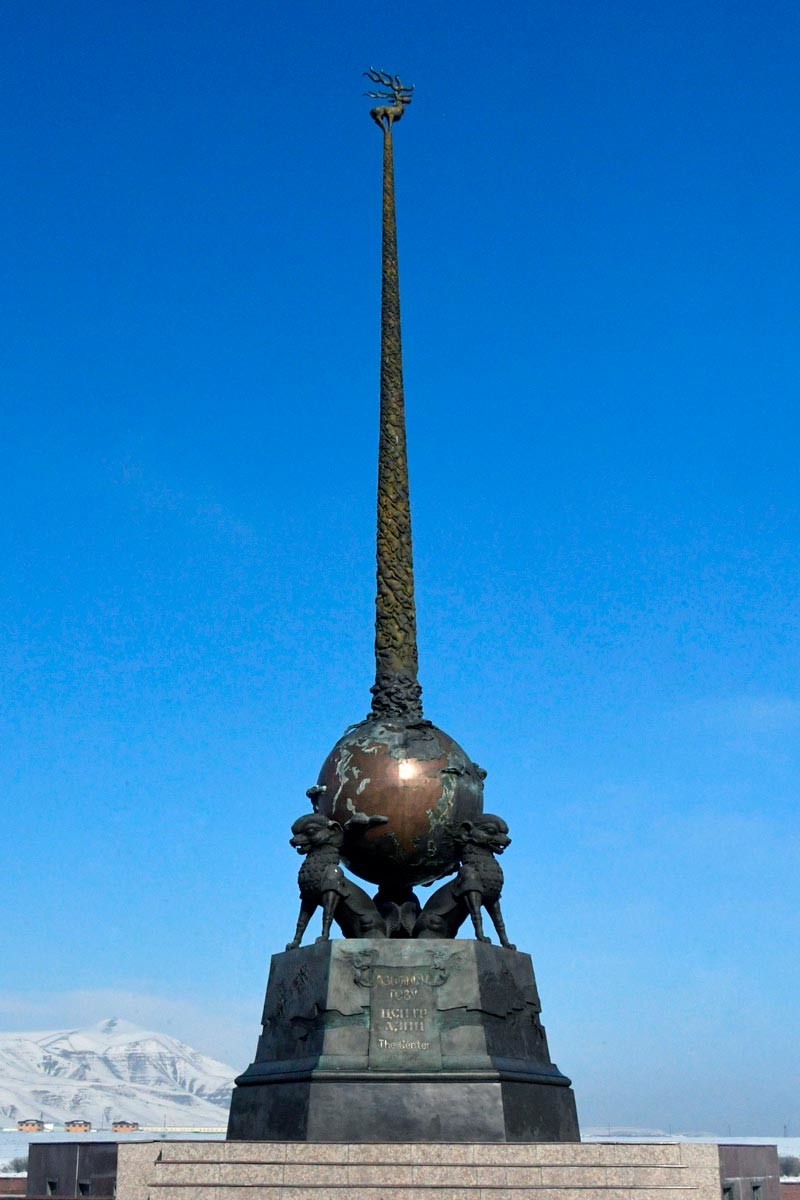 The Chinese center - the “Geographical Center of the Asian Continent” - is about 700 km to the south, in Yungfen, China, and it appeared much later. 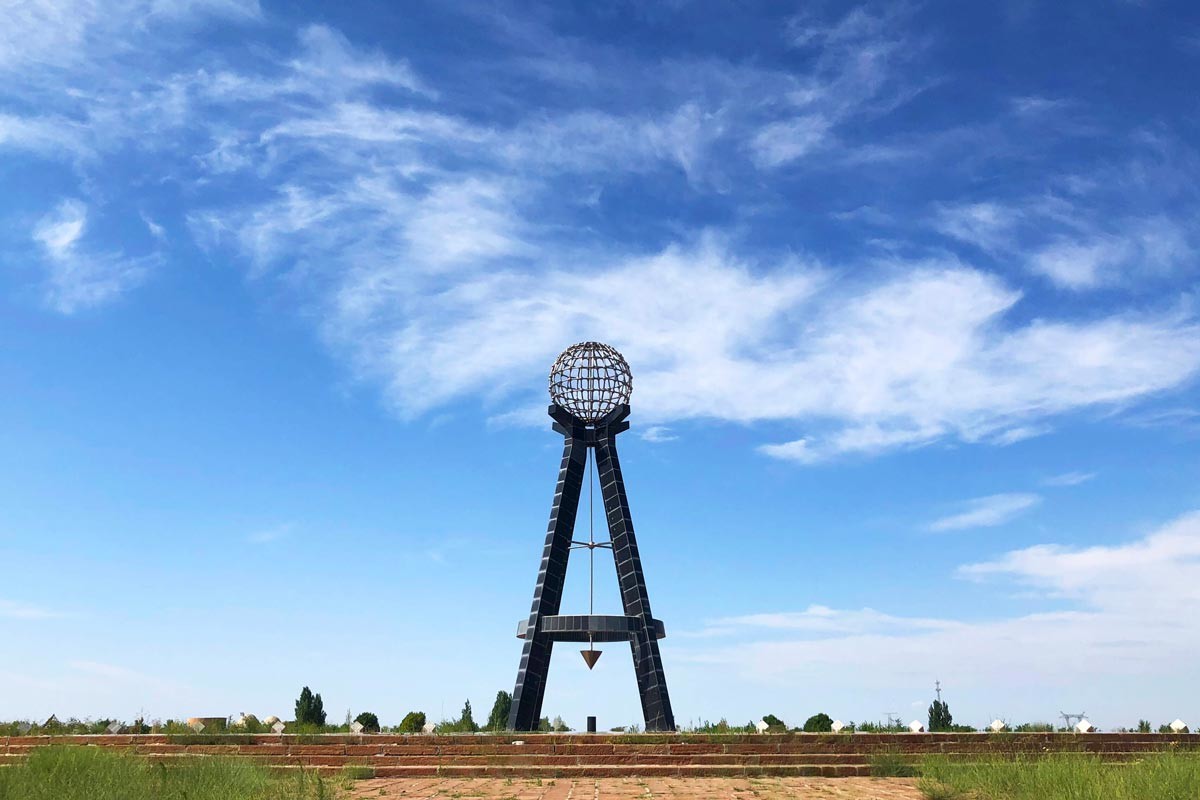 Geographic Centre Of The Asian in China

How did this situation come about? The answer lies in the different methods of calculation (and a little bit of politics).

How was the center of Asia worked out?

A geographical center is usually defined as a point equidistant from the boundaries of a territory. Asia is neither a separate continent nor a landmass, so its boundaries are calculated on the basis of the territories of the countries included in the region. Another matter of debate is whether to regard certain distant islands as the extreme points of Asia or not.

The notion that the center of Asia is in Kyzyl first appeared in the writings of hydrology engineer Vsevolod Rodichev in the early 20th century. In 1910, he published his ‘Essay on Uriankhai Krai (the Mongolian basin of the Yenisei River)’, in which he told the story of an English traveller visiting the Chinese Province of Uriankhai (territory of modern Tuva) in the 1890s. The center of Asia was his destination - the eccentric Englishman allegedly travelled the world with the sole purpose of “logging his presence” at the centers of the world’s continents. Asia was fourth on his list - he had previously visited the central points of Europe, Africa and Australia. 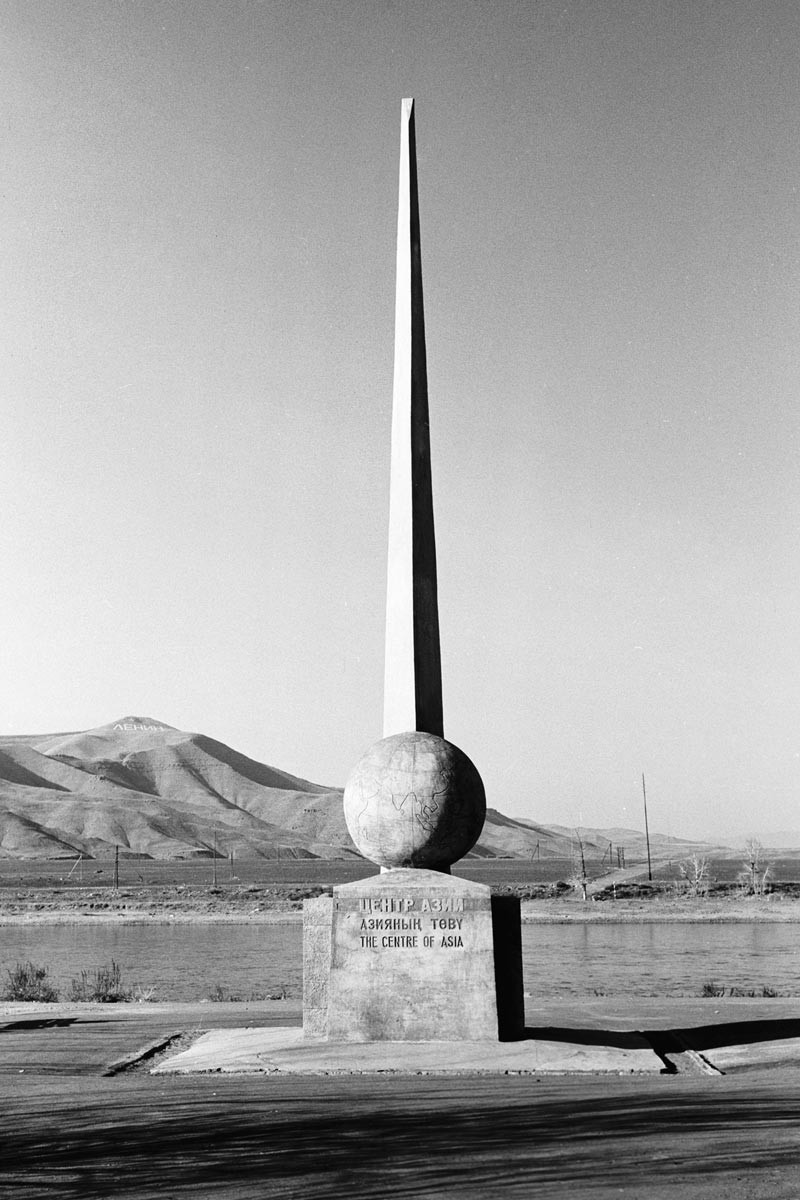 The Englishman’s name is unknown, although several sources refer to his existence. By his calculations, the heart of Asia was in the upper reaches of the Yenisei, on the banks of the river, right in the garden of an estate belonging to Georgy Safyanov, a local trading post owner. According to legend, the Englishman sought permission to erect a monument to mark the spot, right “among the carrot leaves” - and he was given the go-ahead.

It has to be said that today’s researchers are sceptical about the story (it’s strange that the Englishman’s name is not mentioned in any of the sources). There is a theory that the monument in the garden was put up by Safyanov himself, who would have had his own agenda. 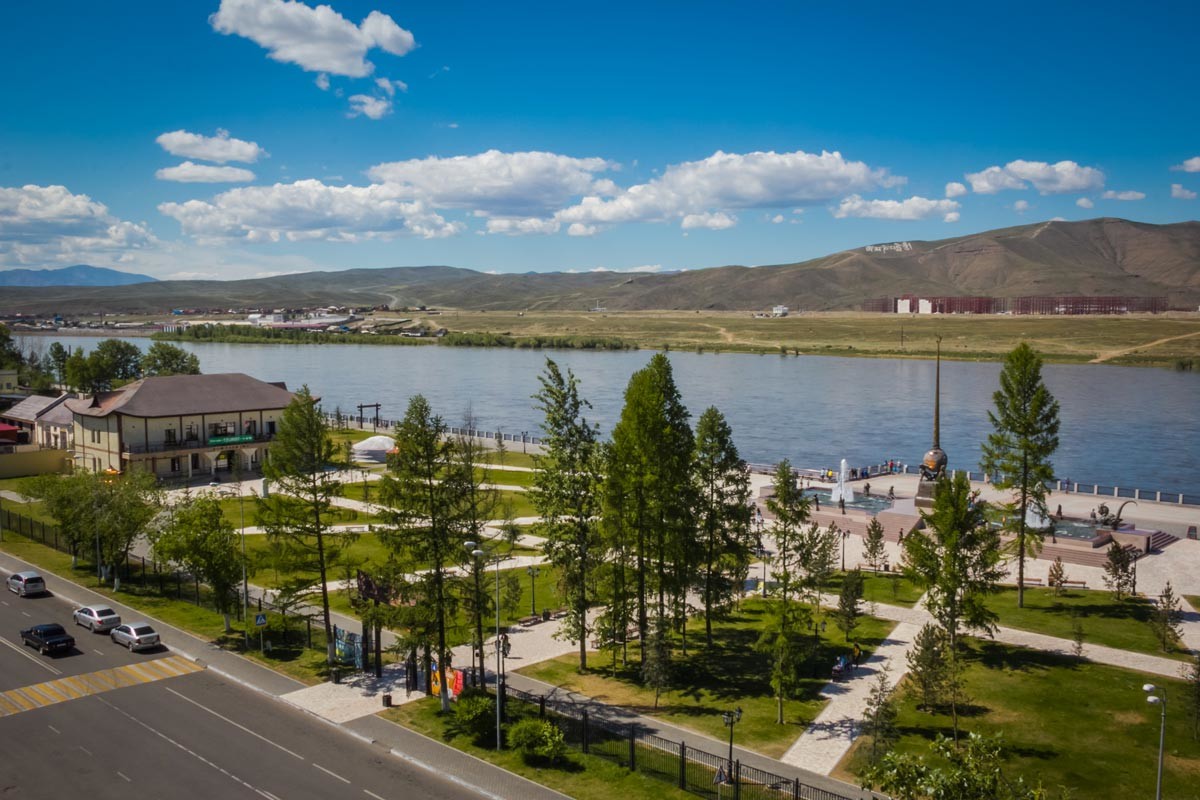 Georgy Safyanov was a member of the Imperial Russian Geographical Society and practically all Russian travellers arriving in the Chinese province of Uriankhai at the time would stay with him. What better “tourist gimmick”?

One way or another, the monument stood there for several decades and no-one was particularly bothered about the center of Asia. But, in 1964, Soviet authorities decided to revive the subject to mark the 20th anniversary of Tuva becoming part of the Soviet Union (after ceasing to be part of China, the republic was an independent state and Russian protectorate until 1944). An obelisk by sculptor Vasily Demin - ‘Center of Asia’ - was erected to mark the occasion. Naturally, it was no longer located in the garden - the concrete monument, tall and majestic, was positioned slightly to the west of the village on the city’s embankment, which was regarded as the perfect place for it. Prior calculations were made to discover whether the center of Asia really was at least somewhere in Tuva and the answer came in the affirmative. There are no grounds for regarding this location as a precise geodesic point, but as a symbol it is perfectly justified.

The Chinese version - and the Russian response

The “second”' center of Asia appeared much later, in 1992. Right after the collapse of the USSR, Chinese experts decided to dispute the true central point and, making their own calculations, decided that the center of Asia was located at Yungfen. The calculation was based on the geographical centers of 49 countries, including island states such as Cyprus and Japan, while Palestine and Sikkim were counted as independent states out of the People’s Republic of China's own political sphere. 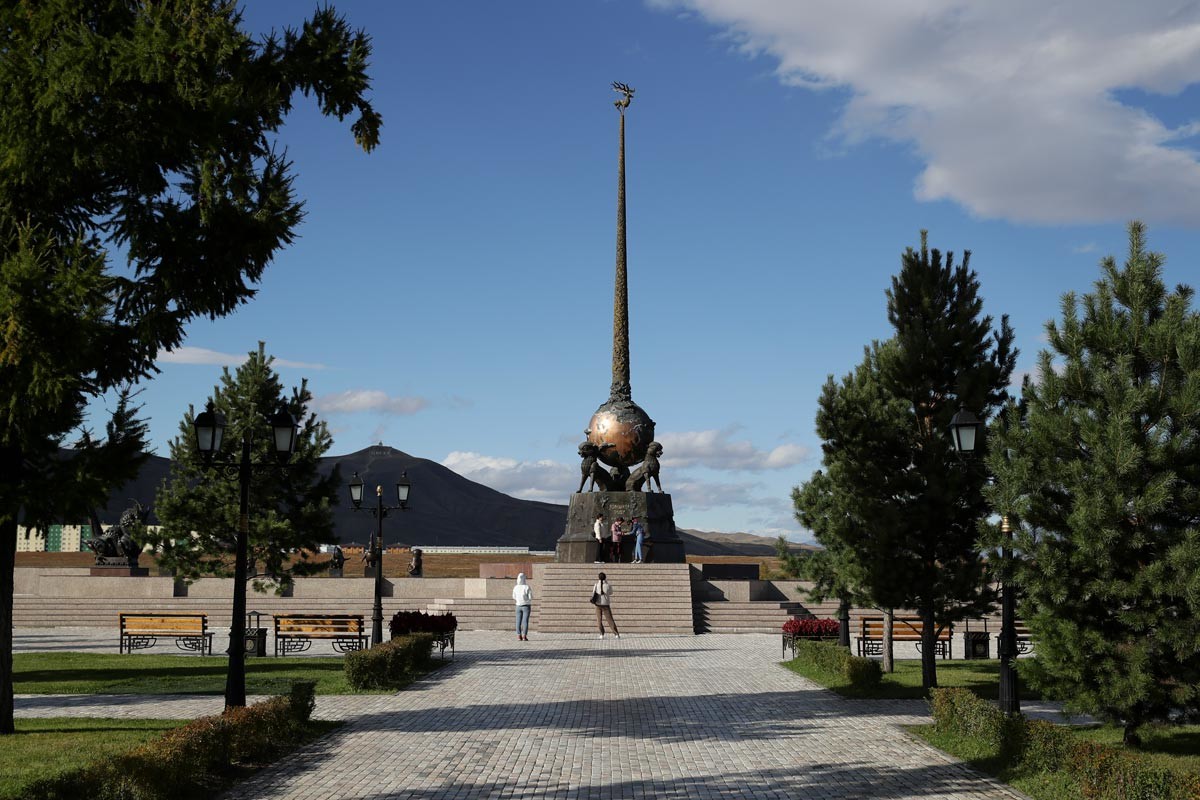 A village that had stood at the spot had to be relocated to make way for the Chinese center (the village was renamed ‘Heart of Asia’) and the center was marked with an 18-meter monument - a tower in the shape of the letter ‘A’ (for Asia). 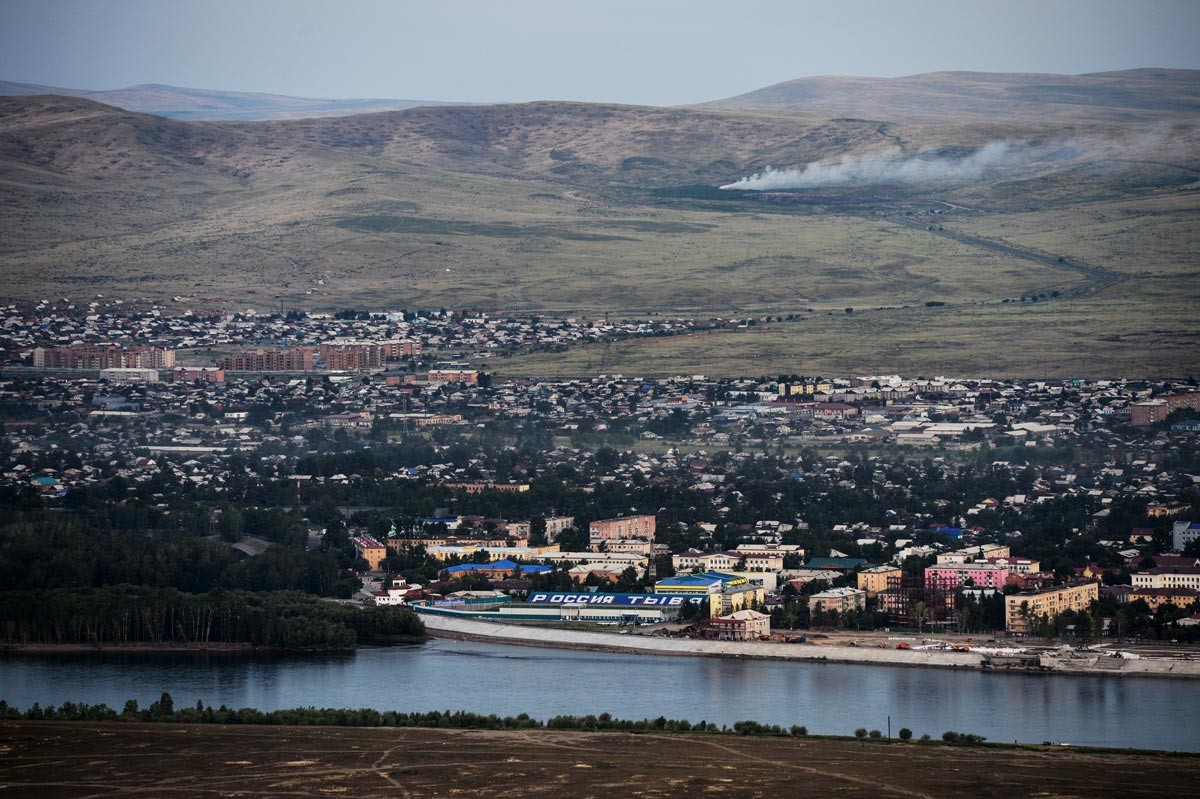 View of the Yenisei and the city of Kyzyl in the Tyva Republic.

But this did not change things significantly. Russia’s response came in 2014: The 1964 obelisk was replaced by a new, even grander and more graceful one - in the spirit of early Buddhist culture. This time, it was to mark the 100th anniversary of the incorporation of Tuva into Russia (counting from 1914, when Tuva became an Imperial protectorate). It was designed by Buryatian sculptor Dashi Namdakov, using Scythian motifs.

For more on Tuva and how Asian it really is and how the Scythians come into the story, click here.