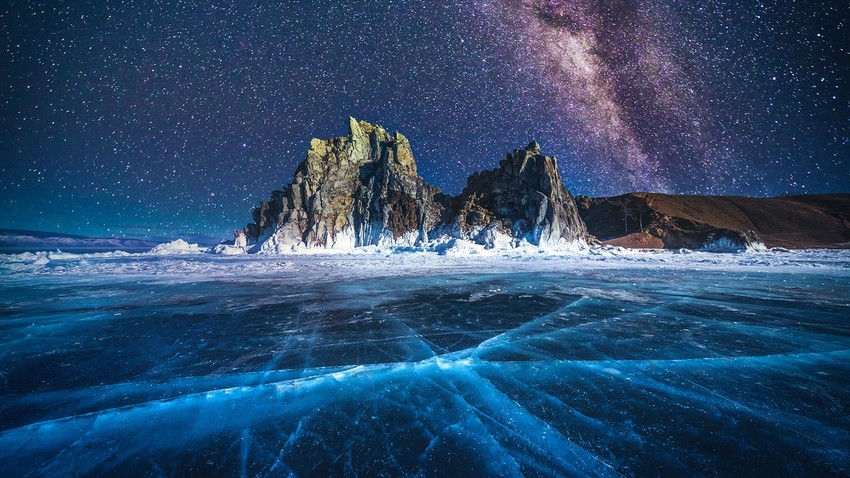 Getty Images
These ethereal sounds produced by the deepest lake on the planet can barely be registered by a microphone, but some have managed to successfully record it. It’s reminiscent of space weapons one might hear in a ‘Star Wars’ movie!

“I actually thought someone put in corny sfx… wow!”

One often encounters such comments online whenever a new video of the Baikal crackling-ice phenomenon pops up. As it becomes covered with ice, the deepest lake in the world gains the ability to make some truly terrifying sounds. Except, they have nothing to do with ice actually cracking.

“I thought it was really odd that people were commenting on how cool the noises were when they were obviously fake. Lolol I had no idea that was the actual noise of the ice cracking!” a Reddit user wrote.

Listen for yourselves - the sound really reminds you much more of the sounds you would hear in a game of lazer tag than actual ice cracking.

One of the people who recorded such a video was photographer Aleksey Kolganov. In February 2021, he went for a ride on the frozen shell of the lake on skis and captured the ice cracking underneath his feet (and yes, it’s as scary as it sounds!).

“An ordinary tourist, seeing Baikal ice for the first time, is scared of precisely that - the depth of the lake beneath the transparent shell and the sudden, ethereal sound of the ice. On top of that, you’re getting a video with visible cracks appearing,” Kolganov wrote. 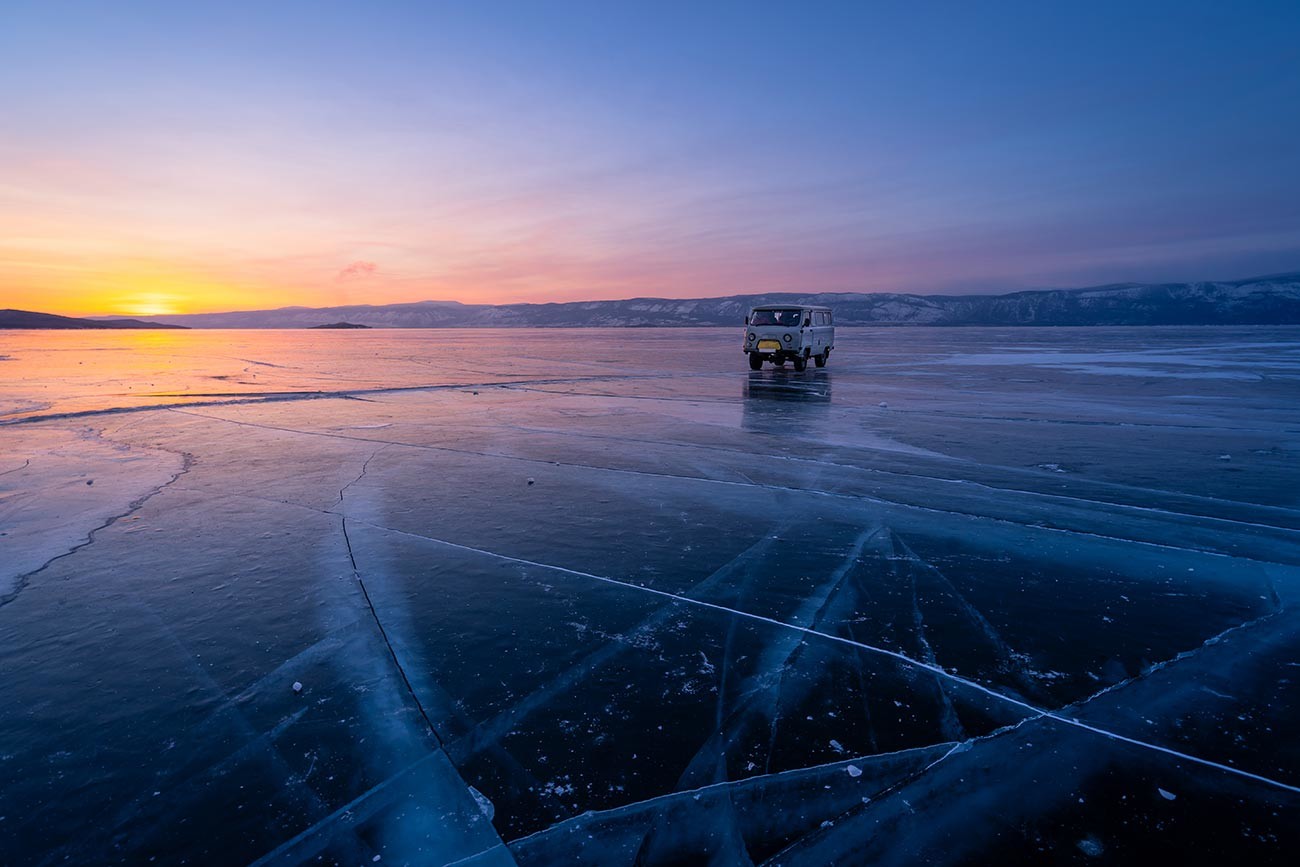 Speaking to ‘Siberian Times’, he described slowing down the recording and increasing the volume, as capturing this characteristic sound with a simple camera mic is often really difficult.

Despite that, one gets a good view of massive cracks and the water underneath the super-smooth, crystalline surface: it’s also the cleanest freshwater lake in the world, which is why you get such a good view of what’s happening below the surface. 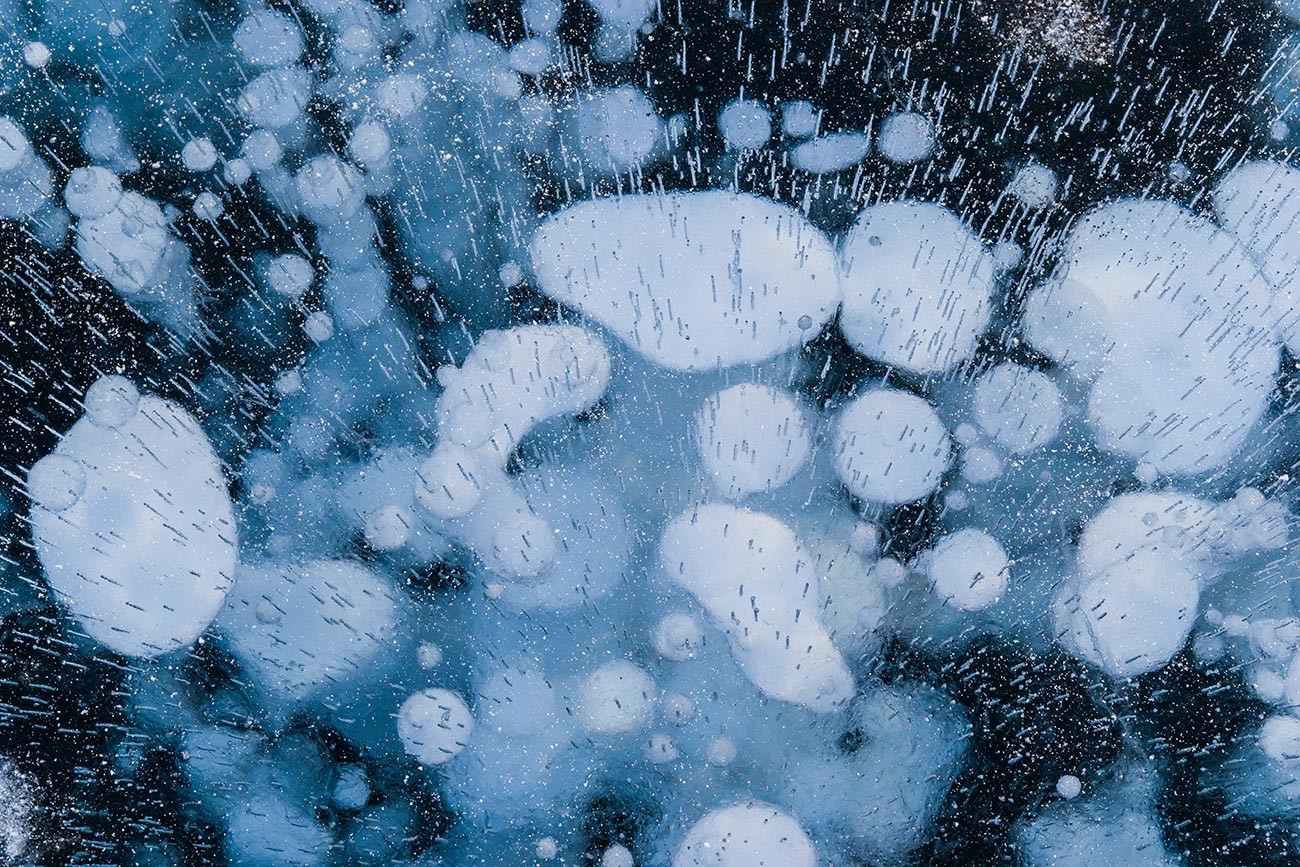 Kalganov clarified that the ice he skied over is about 50 centimeters thick, so the appearance of cracks isn’t all that scary. 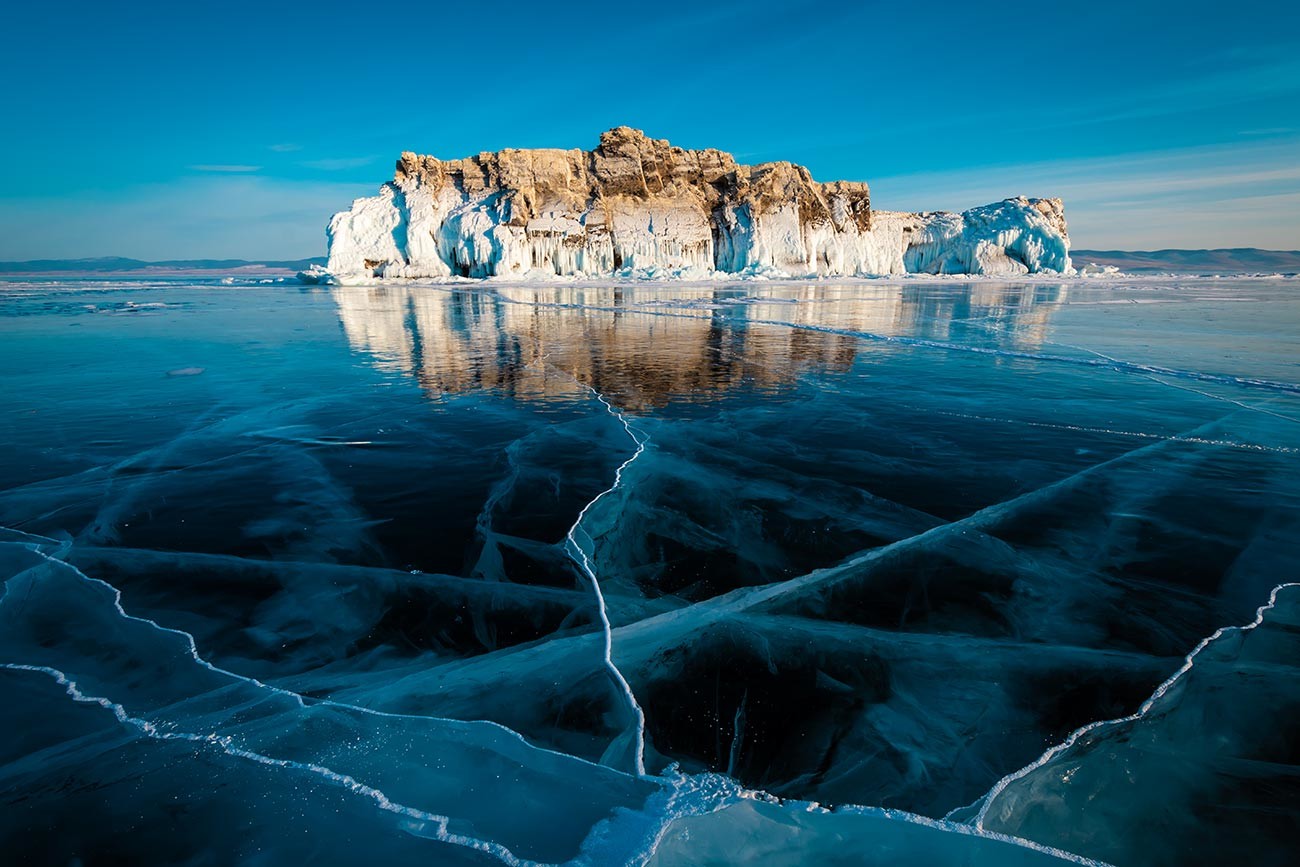 Many visit here during winter, in order to catch a glimpse of the “Baikal miracle” - several dozen different types of ice, from vertical whitish cracks to sharp spikes and millions of frozen water bubbles.

But, back to the ethereal sound, which seems so fantastical. The name given to this natural phenomenon is ‘acoustic dispersia’. The sound that reminds one of laser guns being fired happens when particular sonic frequencies traverse space faster than others. When the sound spreads through air, its frequencies usually move at the same pace and reach the human ear at the same time. However, when passing through solid space, a sonic wave behaves differently - high and low frequencies split up. As a result, their splitting becomes audible in the form of varying tones being heard. That’s acoustic dispersia doing its thing.

The ice has the capacity to expand and contract, which leads it to crack and create vibrations (with the added effect provided by seismic activity). These vibrations pass through ice at unequal speeds, which causes us to hear the “pew-pew” sounds.