Why snow leopards bite their tails, and other facts about this gorgeous high-altitude cat 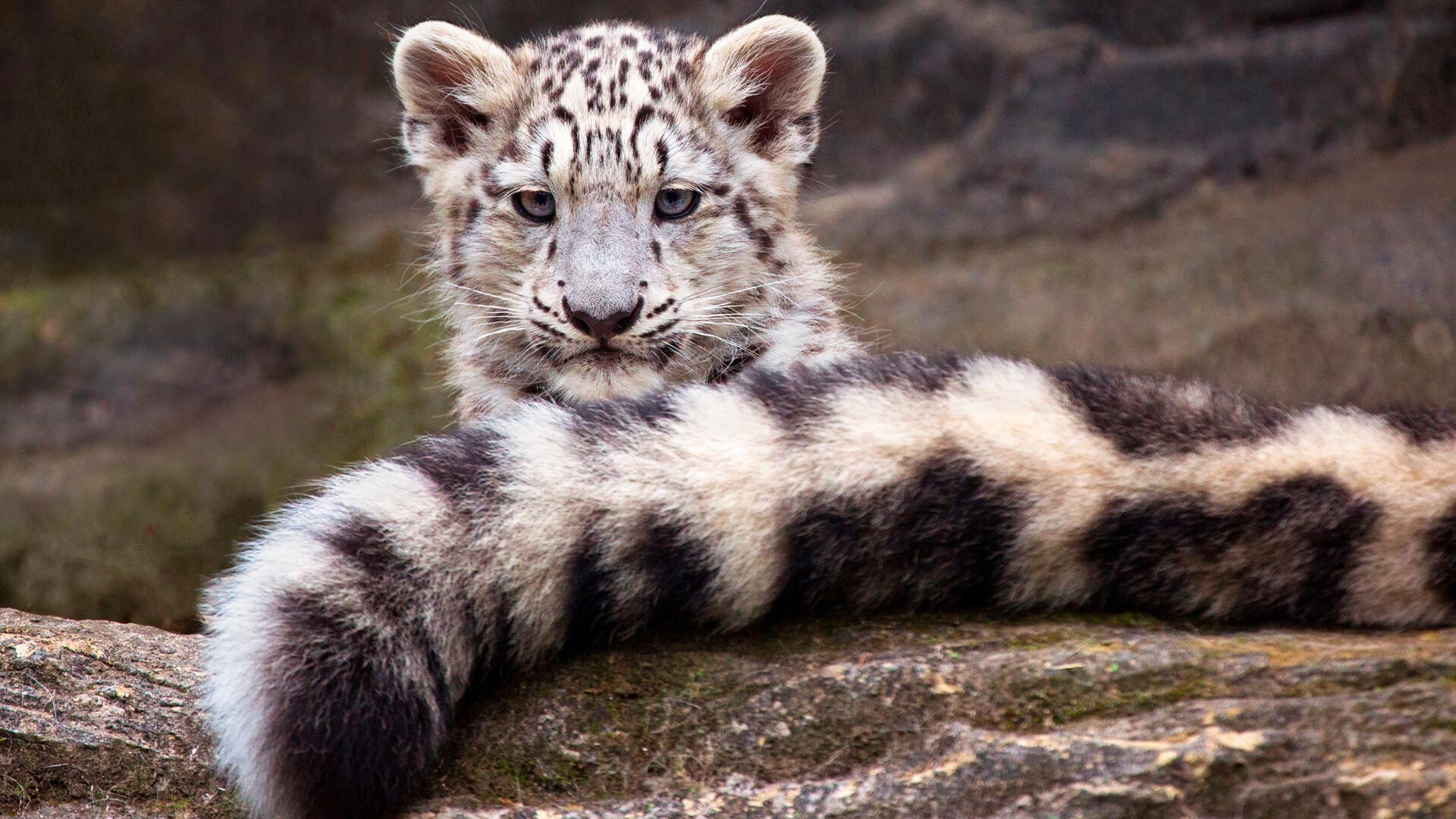 Legion Media
The snow leopard, which is called irbis in Russian, has the longest tail of all cats. In pictures, snow leopards can often be seen holding their tails in their mouths. Why do they do this?

Generally, cats like to climb up high to somewhere where they feel safe and can watch others. In this respect, the snow leopard, aka the ounce, is superior to other felines. This wild spotted cat lives high in the rocky mountains of Central and South Asia and can be found in the Tien Shan, Pamir and Himalayas at altitudes of 1,500-6,000 meters above sea level. In Russia, the snow leopard lives in the southern part of Siberia, in the Eastern Sayan and Altai mountains. There are only a few thousand of these stunning animals left in the world, and everywhere they are protected by the state. 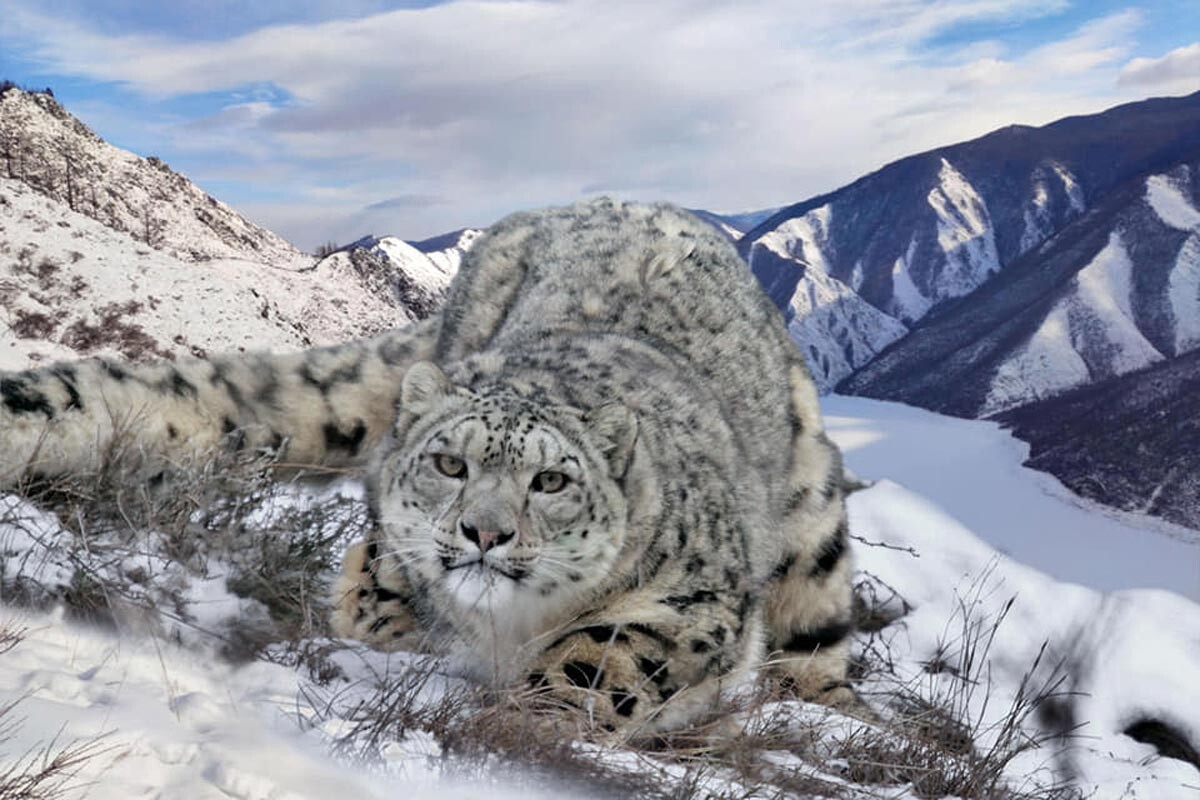 A 'hunting' for camera traps.

Since they live in such remote and hard-to-reach places, relatively little is known about snow leopards. One of the mysteries has to do with their tails because in photographs from nature reserves and zoos this wild cat is often seen with its tail in its mouth.

Why do they need such long tails? 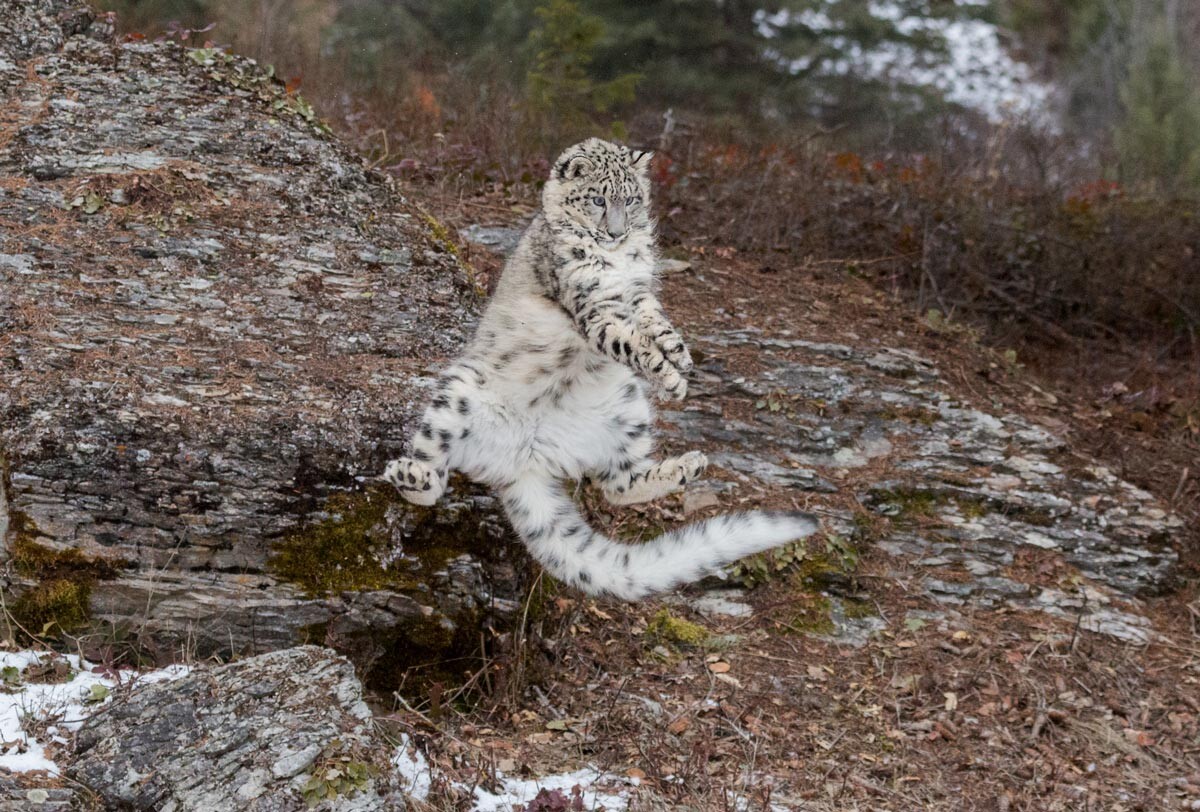 The snow leopard is actually not a very large cat. They are less than a meter long and weigh around 50 kg. For comparison, they are smaller than leopards, much smaller than tigers and slightly smaller than the forest lynx. But that is without the tail. And snow leopards have truly gorgeous tails that are massive, fluffy and sometimes as long as the animal's body. They have the longest tails of all cats, but in addition to being beautiful, the tail has a practical purpose too. Running on rocks and through gorges requires lots of skill and grace, and the tail helps the snow leopard keep balance while performing these acrobatic feats.

Take a look at how this snow leopard runs across sheer cliffs! And all without even looking down.

To keep its nose warm

In moments of rest, the snow leopard, like an ordinary house cat, curls up into a ball and takes its fluffy tail into its mouth. One of the reasons they do this is to keep warm. It is very cold in the mountains, and, although the snow leopard grows a warm “fur coat” for the winter, it is still hard to keep warm. Mothers even cover newborn kittens with their tail to keep them from freezing. 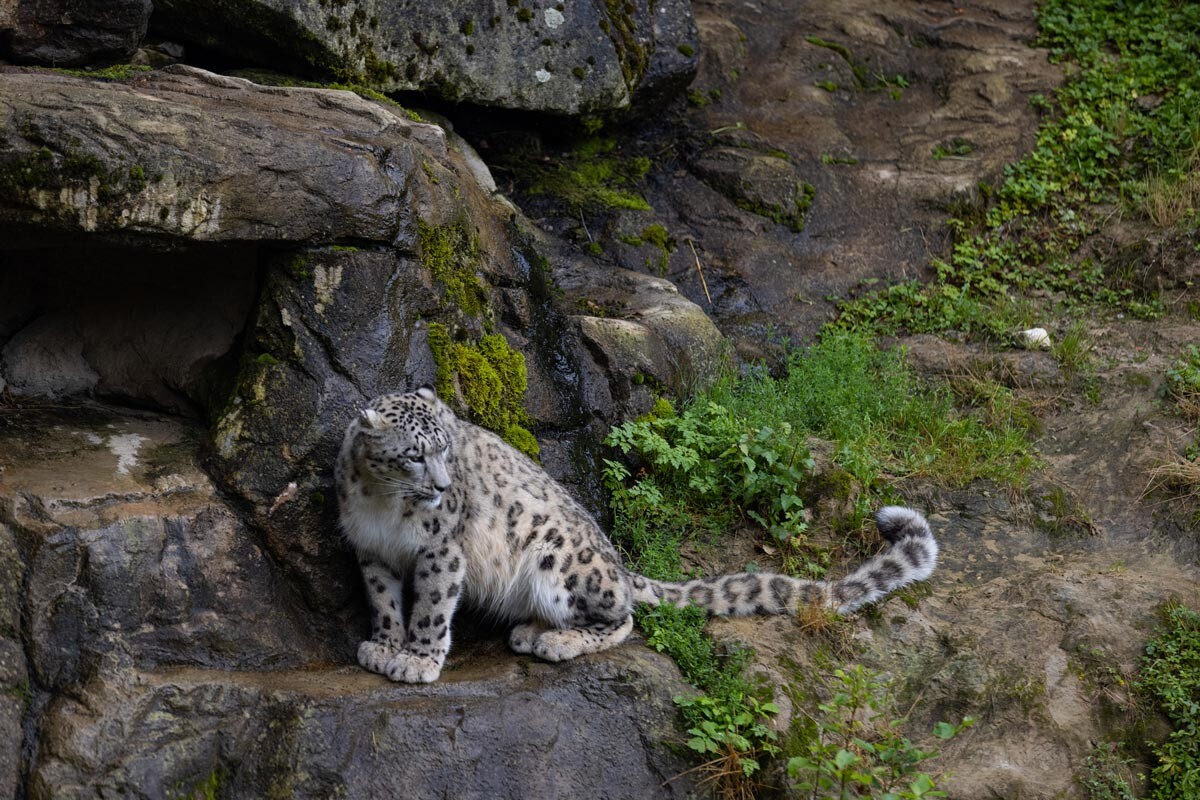 The tail is tired...

Sometimes snow leopards hold their tails between their teeth while walking too. This is because the tail is really heavy and holding it up all the time gets tiring. 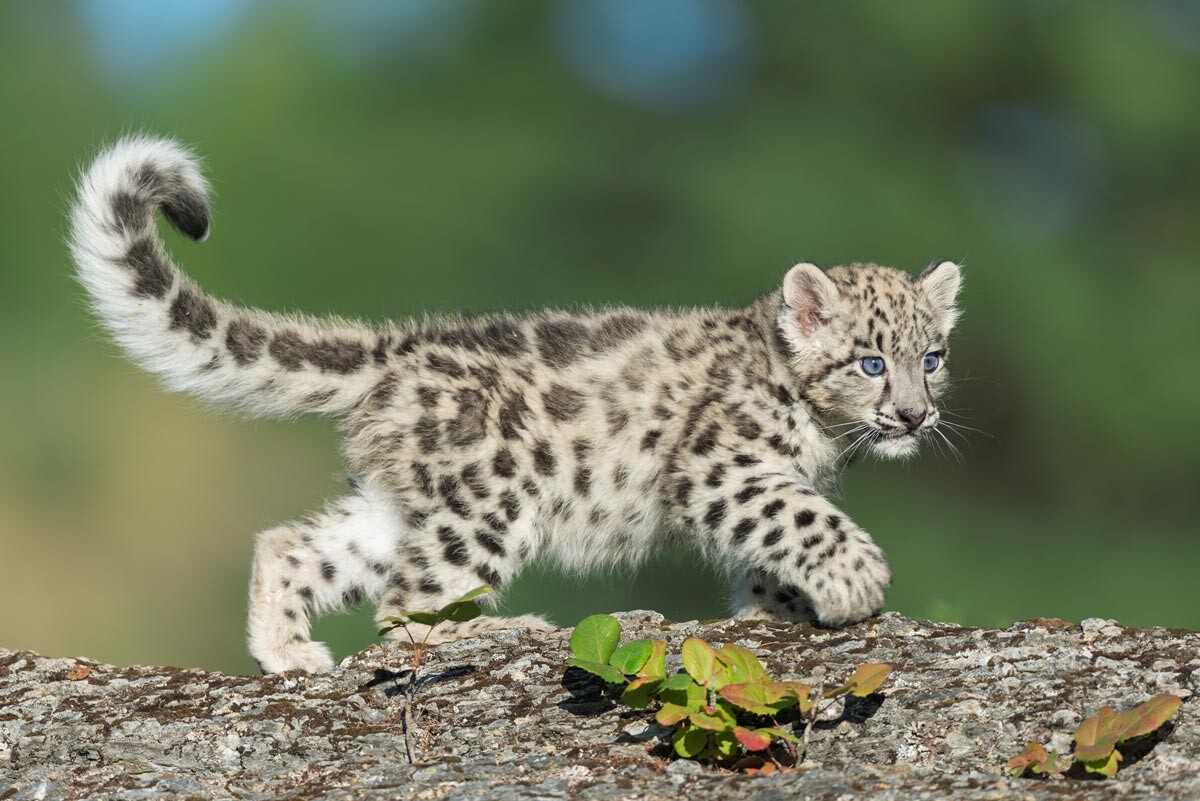 The irbis cube with the long tail.

The tail not only serves as a “blanket” and to keep balance though. Snow leopard mothers use their tails to teach kittens how to hunt and for play. And when a snow leopard gets bored, it can always entertain itself by hunting its own or someone else's tail. They also love rolling around in the snow and sliding downhill.

Generally speaking, snow leopards have a very playful character, and cameras installed in nature reserves often capture young cats jokingly attacking each other in the most unexpected moments. For example, take a look at these young leopards at the Sayano-Shushensky nature reserve:

Interestingly, snow leopards do not snarl but they do purr like domesticated cats. You can hear what it sounds like here: