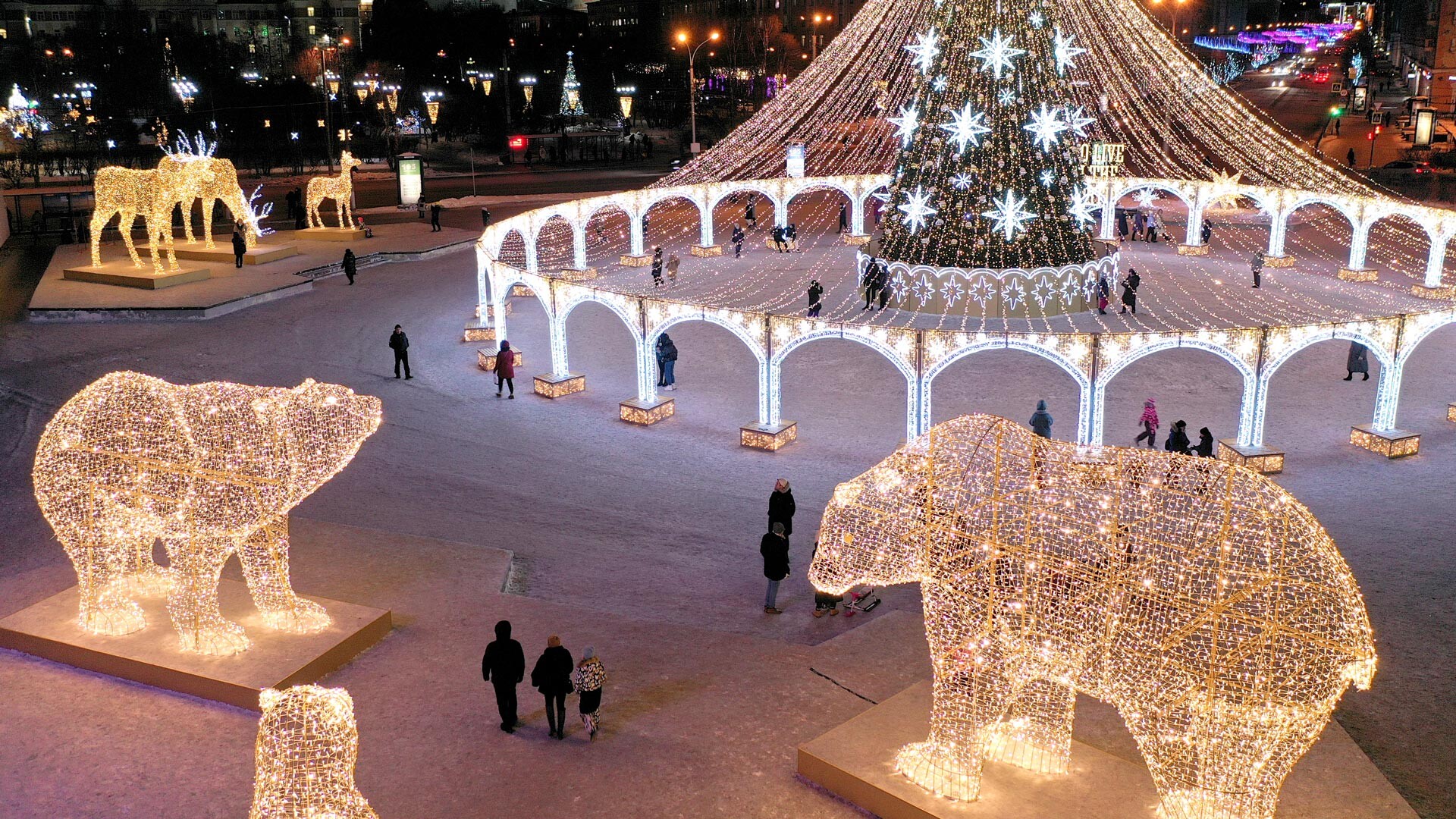 Lev Fedoseev/TASS
Glowing figures of bears and deer, huge, brightly lit trees, fairs with delicious pastries and carousels: the festive season is in full swing in Russia and all the large and small cities are preparing to celebrate the new year!

1. St. Petersburg. The New Year tree on Palace Square. The main tree of the city is decorated in a classic style with small flag, ball, house, snowman and horse ornaments and a glowing star on top. 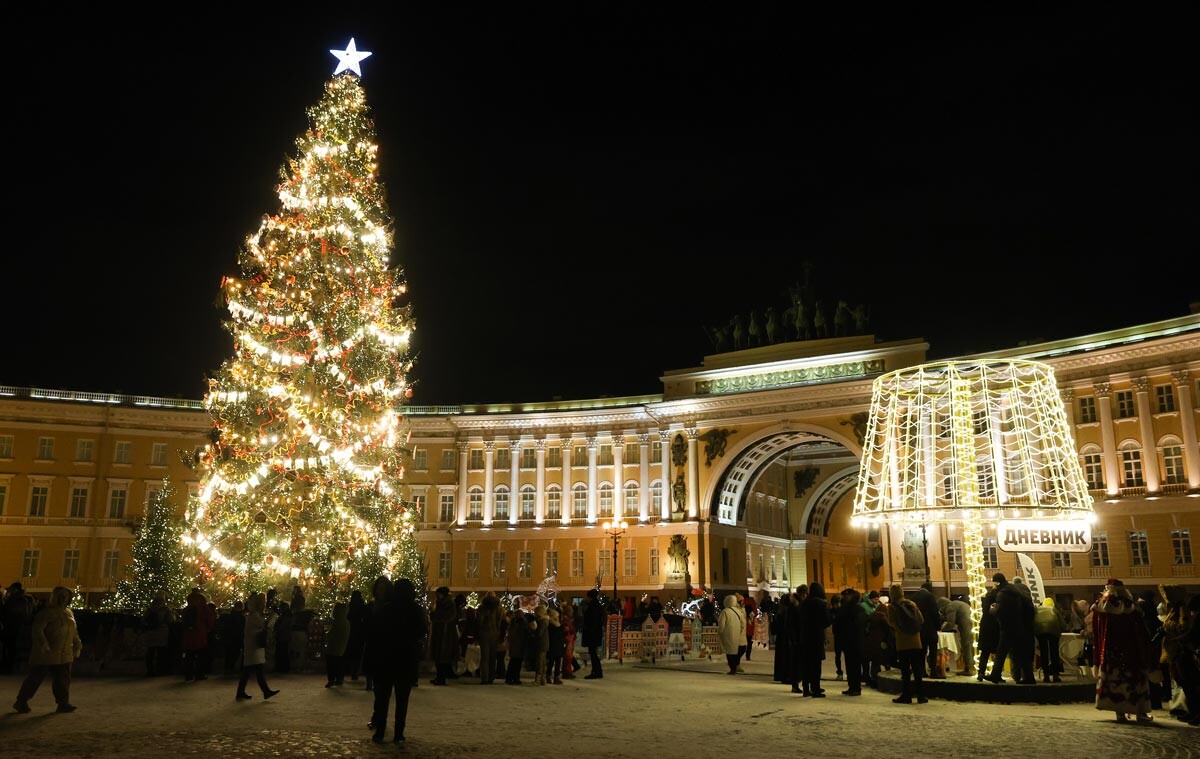 2. The main square of Murmansk in the Russian North is occupied by the huge figures of Polar animals: bears and deer! People can visit the festive fair for gifts and local goods. 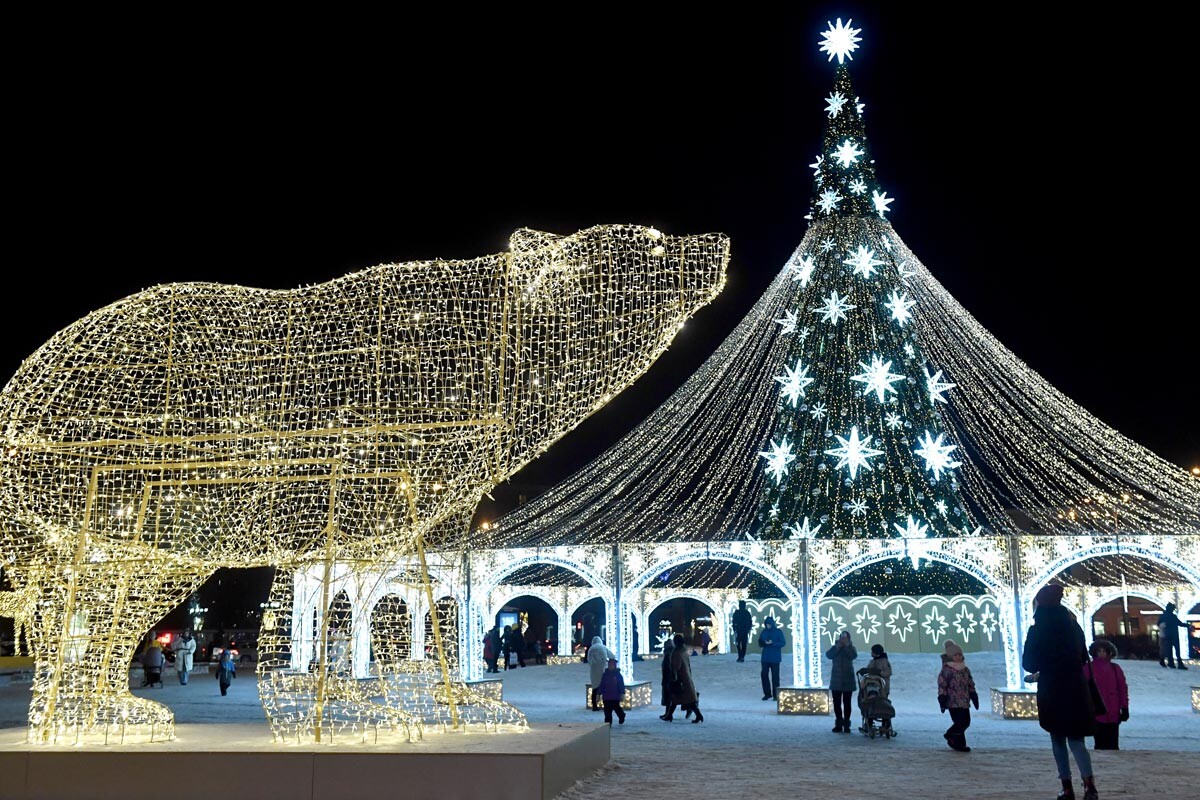 3. Yakutsk, the capital of Yakutia, the coldest Russian region, was one the first cities that lit up New Year lights. 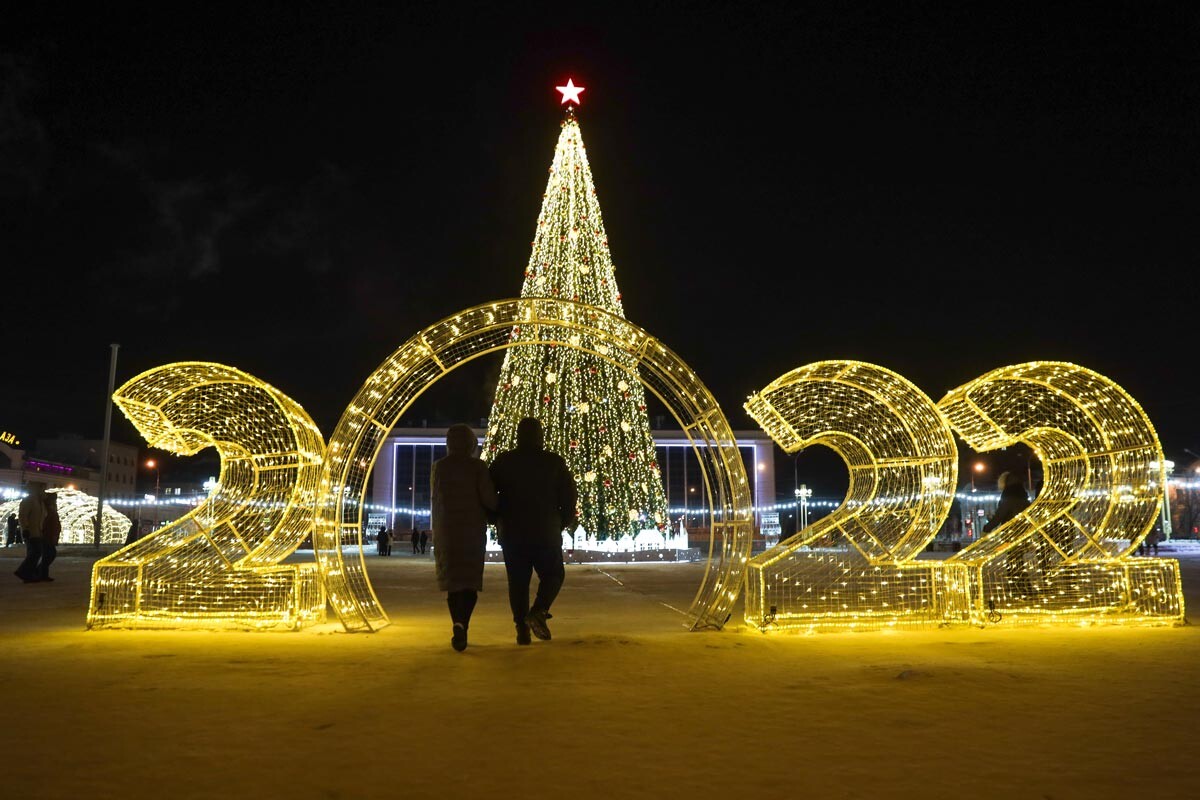 4. The white Kazan Kremlin attracts tourists and locals alike with its beautiful lights. It’s not easy to pass it by without taking a photo! 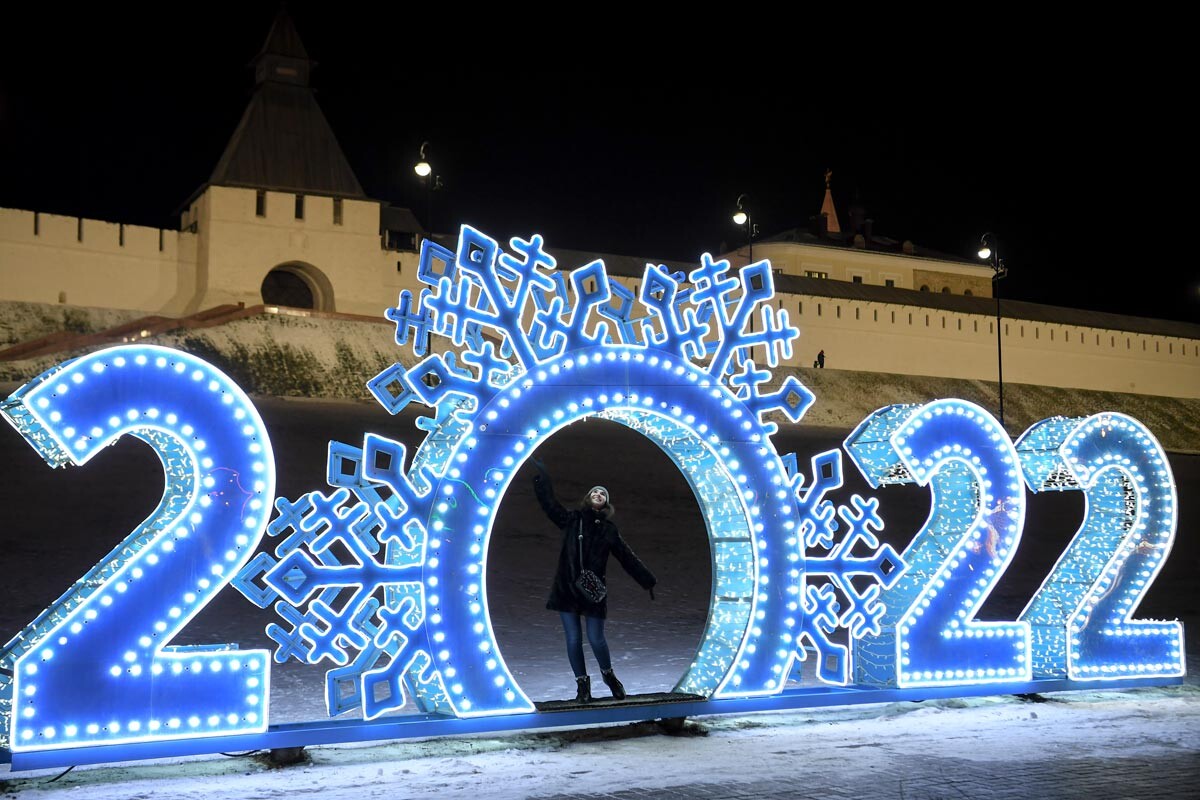 5. This park in Krasnodar in the south of Russia is one of the newest landmarks (and new favorite of locals) in the city. The snow is a rather rare phenomenon, but the New Year mood is still in the air. The trees are simply glowing! 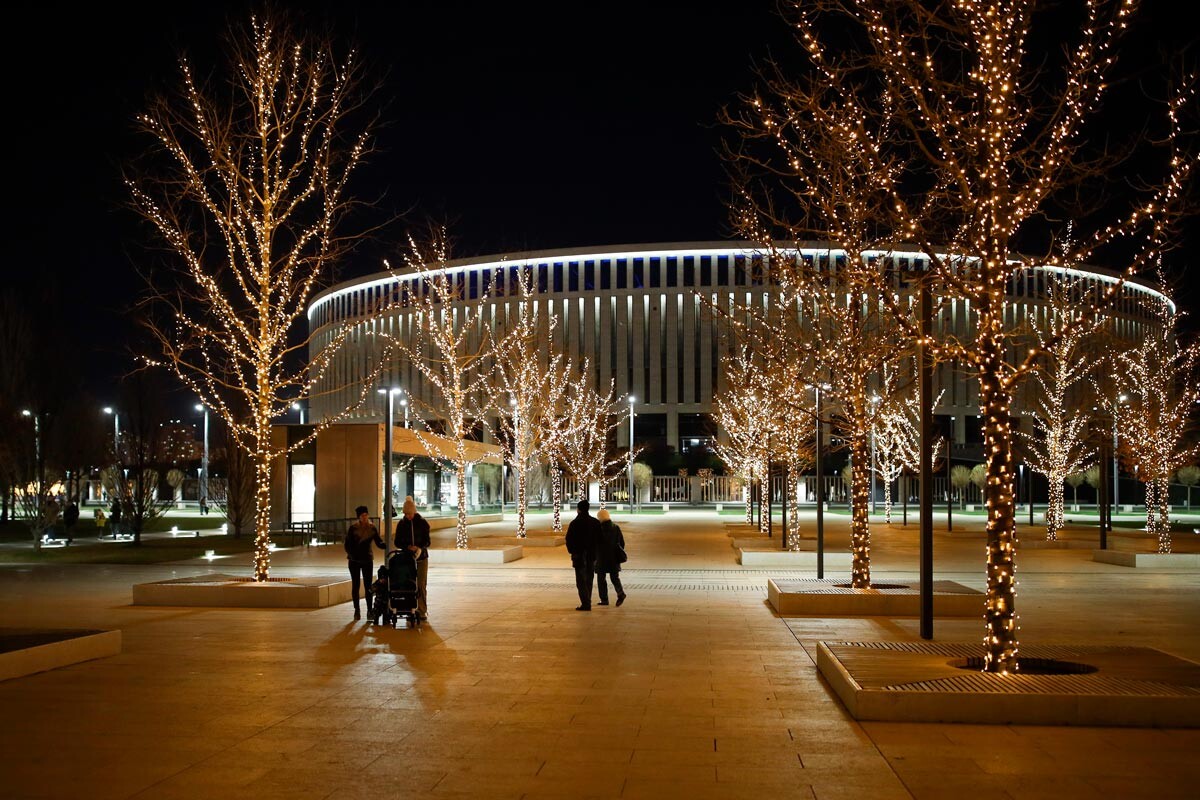 6. The New Year tree and festive lights appeared in the Chechen capital of Grozny, which also has one of the warmest winters in Russia. 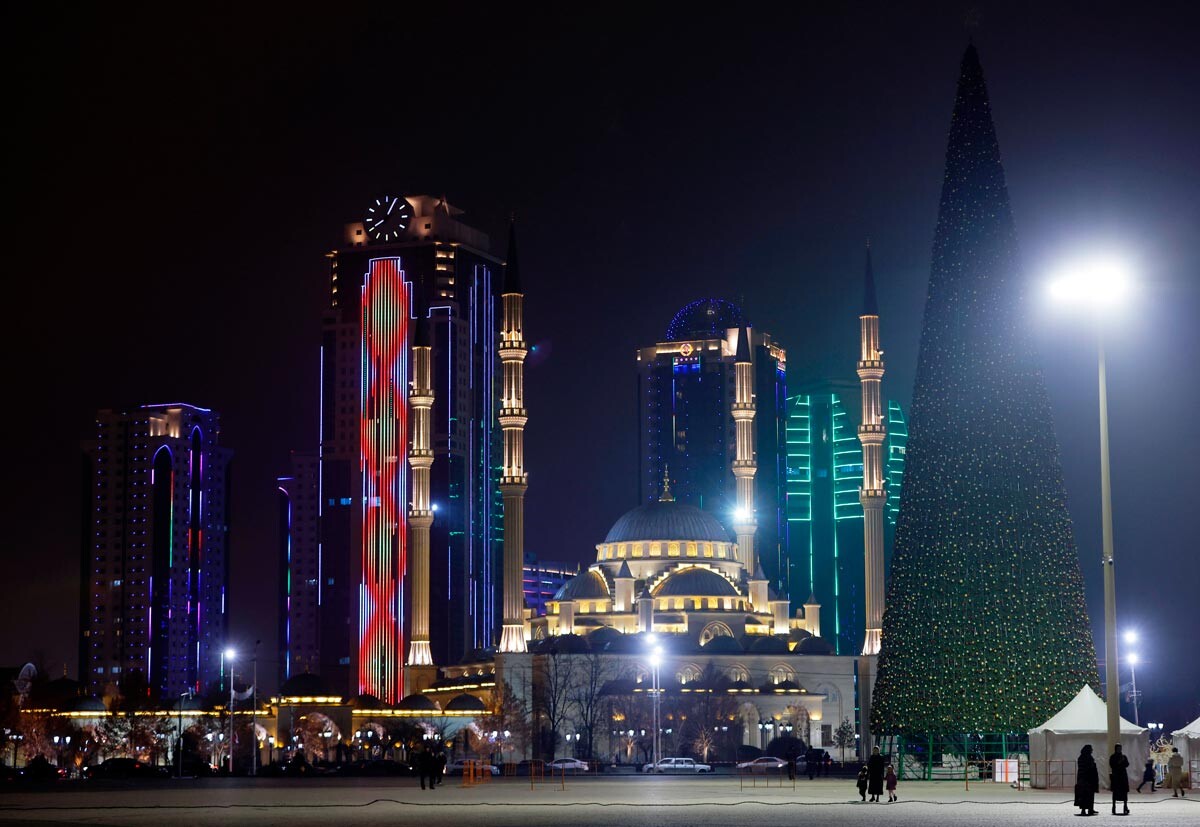 7. It’s too cold to swim in the Black Sea right now, but people from the resort town of Gelendzhik still enjoy the mild weather and festive installations along the coast. This tree is so bright! 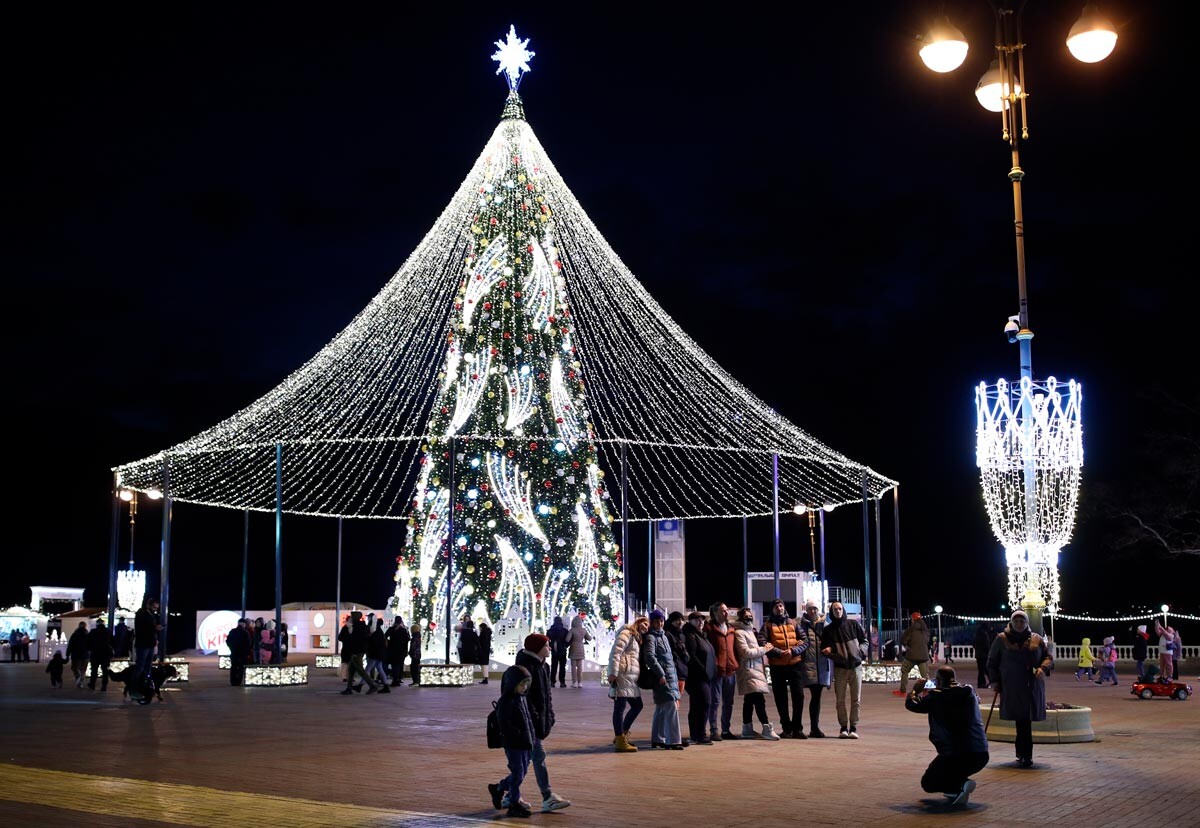 8. The westernmost Russian city of Kalningrad decorated its majestic cathedrals and streets. 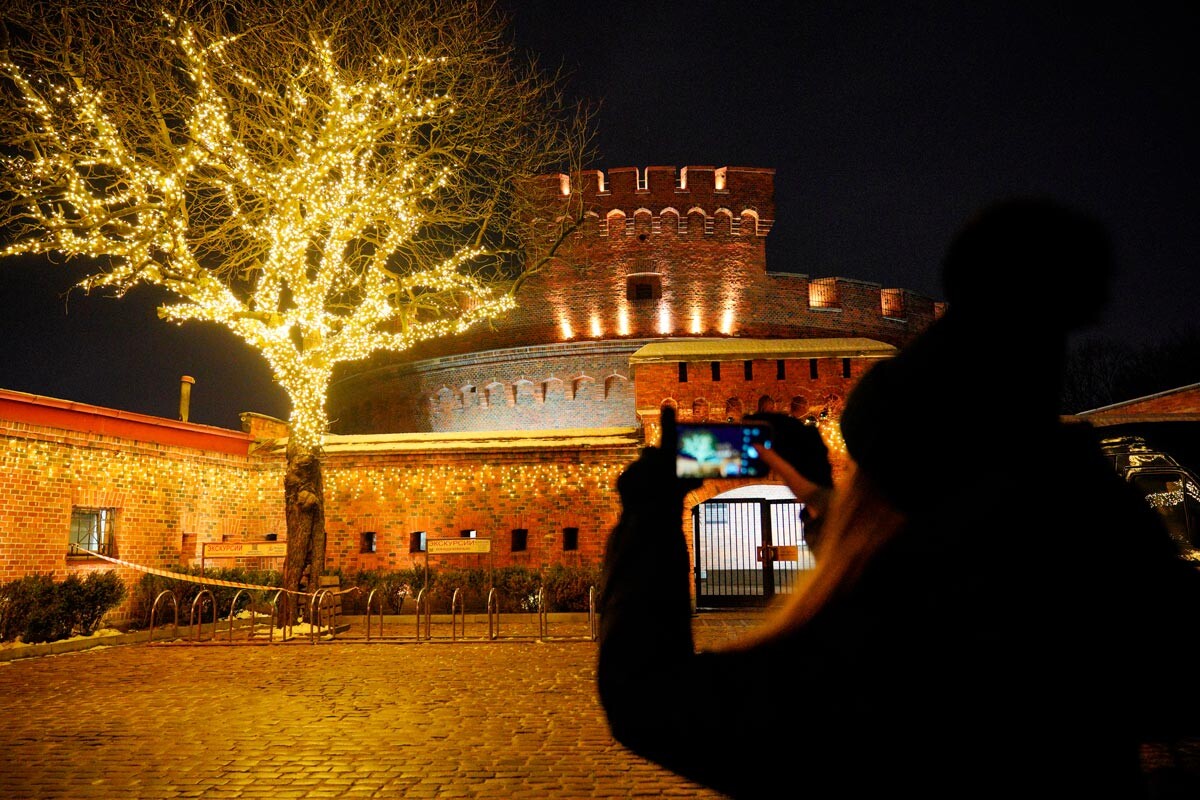 9. The New Year tree and an ice rink on the Lenin Square in Novosibirsk. This year, there will be no mass night events here, but the rink will be opened until 10 pm on December 31. However, people can still enjoy the lights! 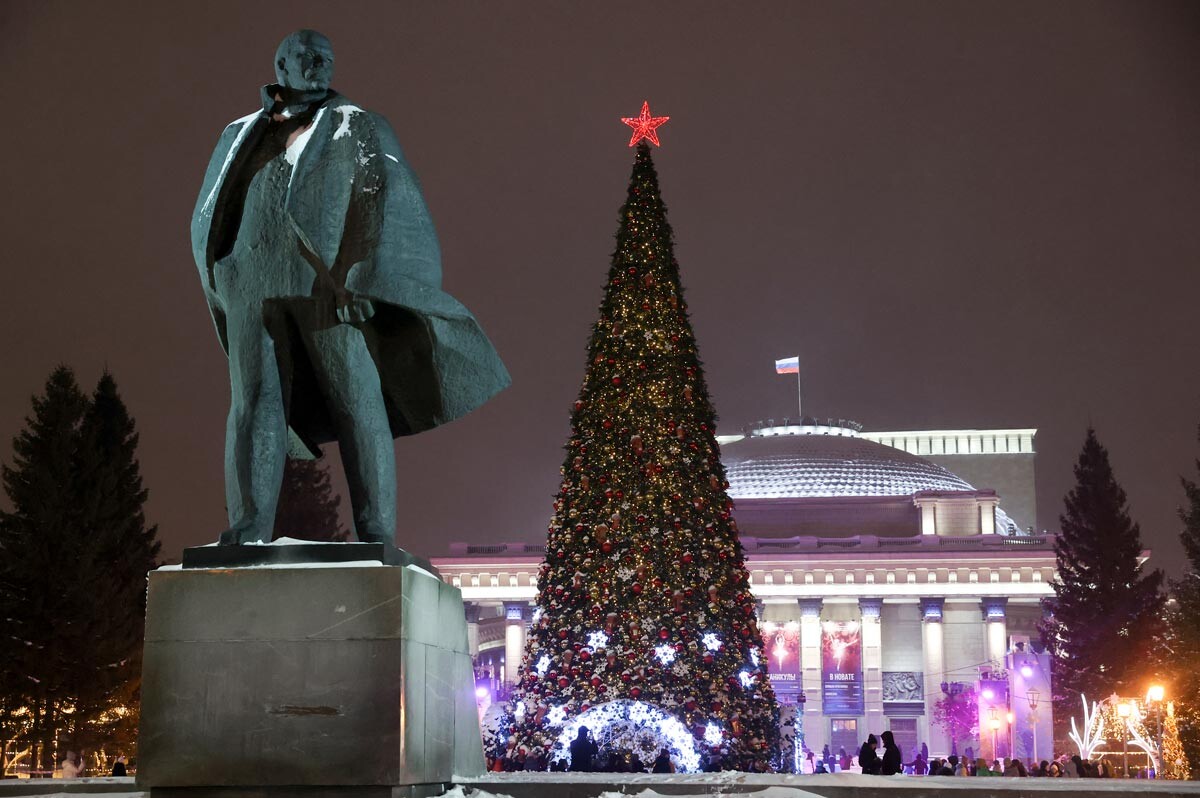 10. In the southern city of Belgorod, the lights of the Christmas tree were lit during the festive performance. 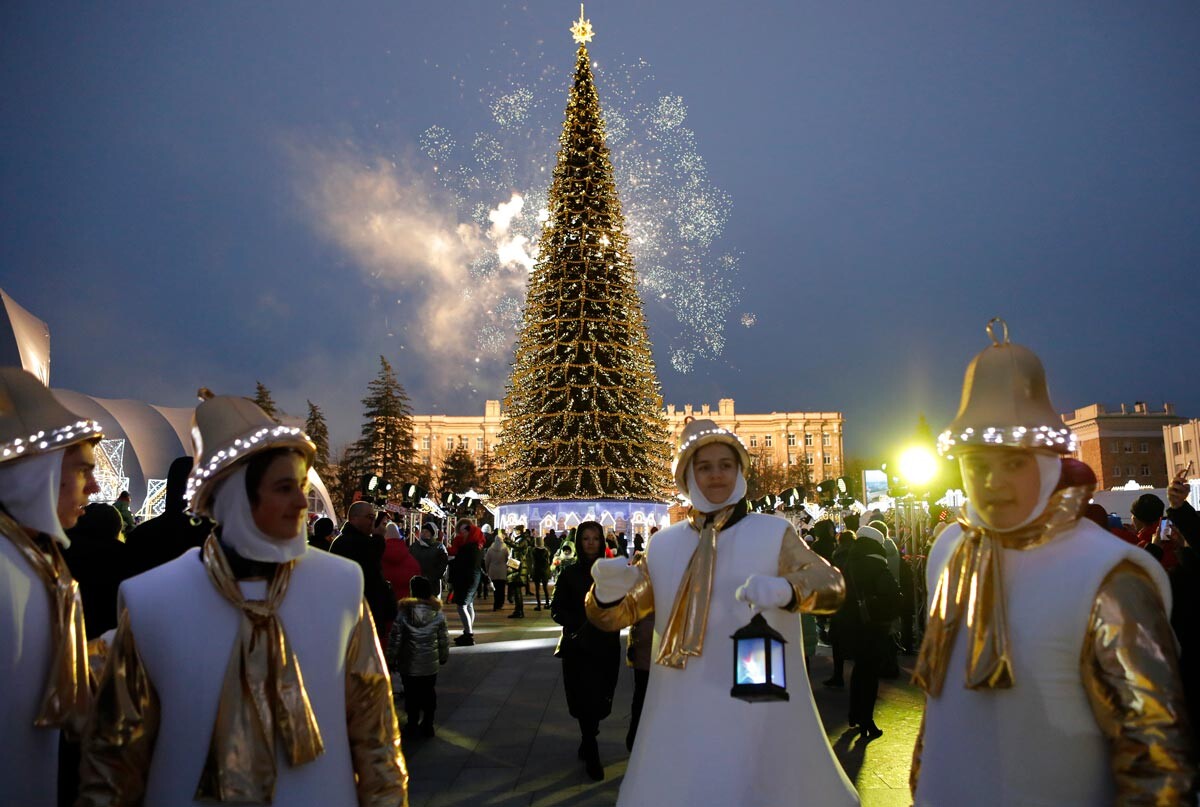 11. Ho-ho-ho! Seems, that we found the Russian Santa. Father Frost, as he is called in Russia, is captured in Krasnoyarsk in Siberia with his deer and some gifts. 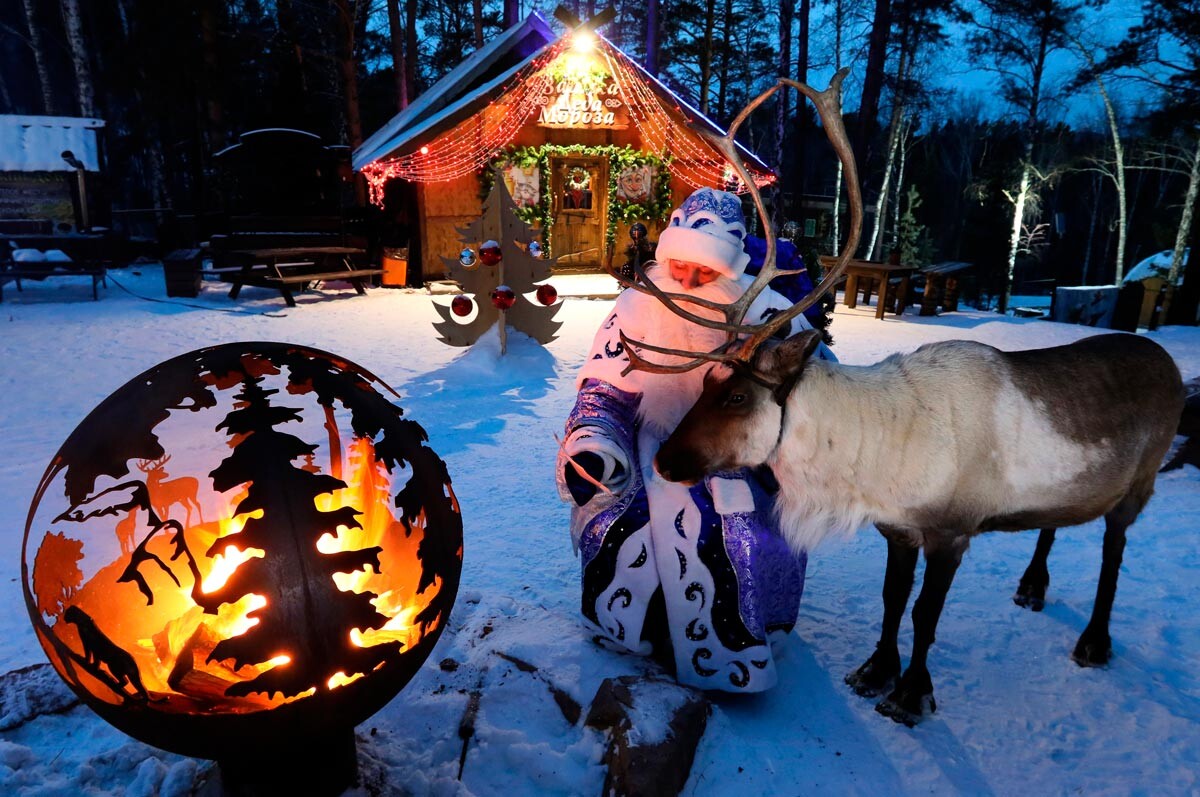 12. These glowing bears are found in one Moscow district outside the center. Take a look at Moscow’s 2022 decorations! 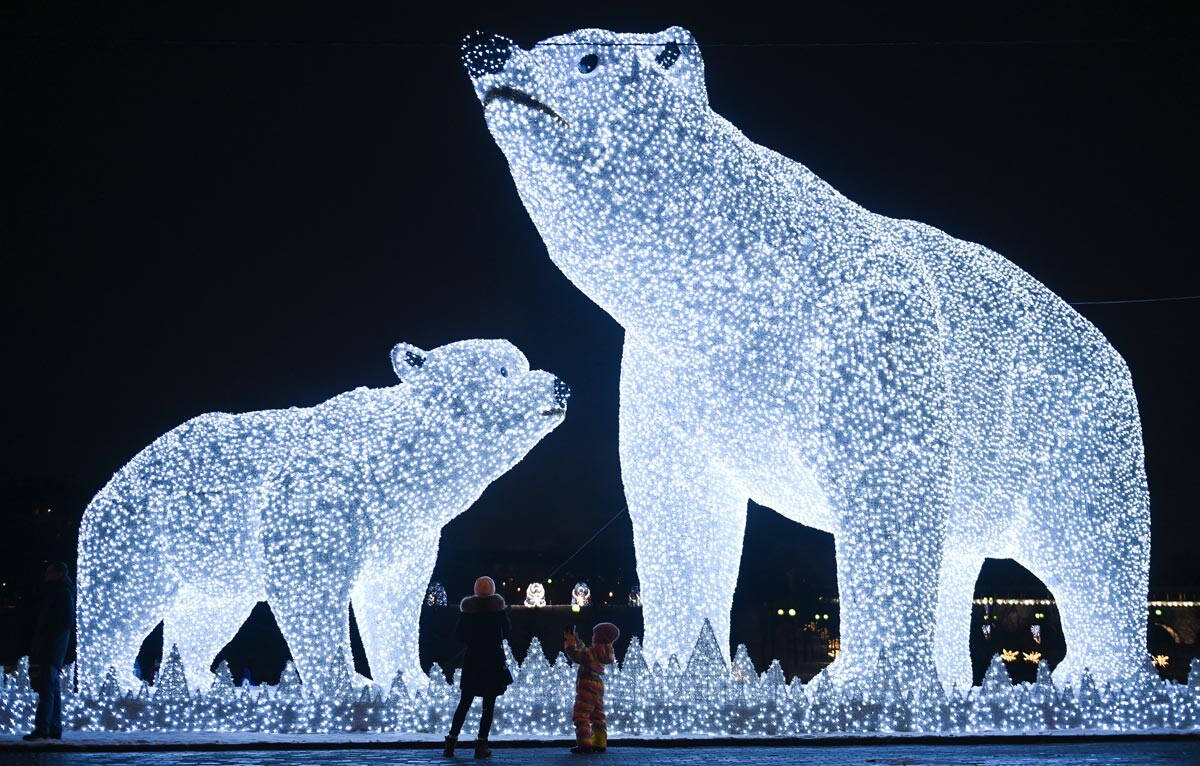