10 facts about Siberian cats, the most cold-resistant domesticated feline 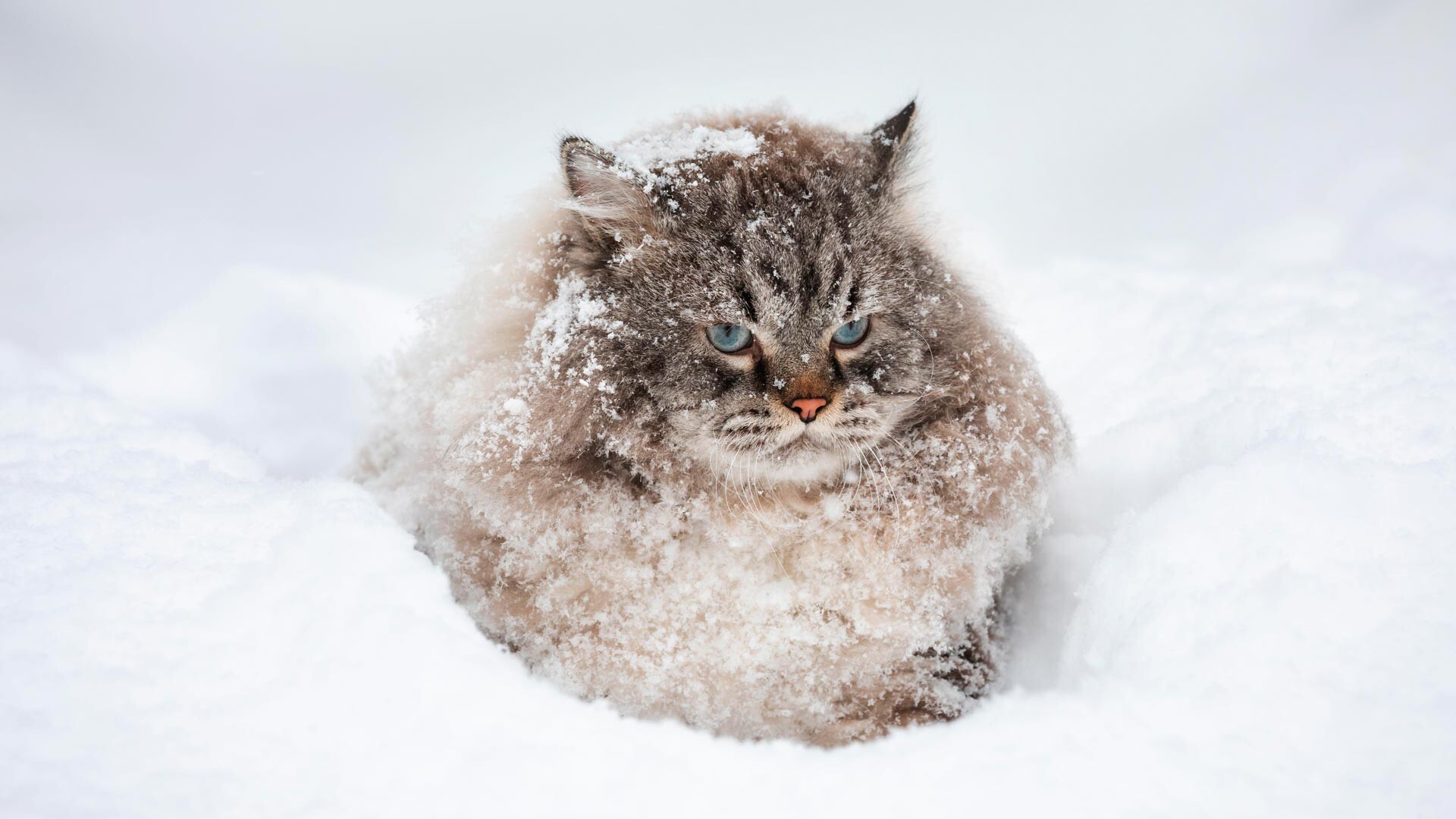 Legion Media
This Russian cat breed is huge and fluffy and not afraid of winter. They can survive in the wild and carry on conversations with humans.

The Siberian is the most famous Russian cat breed. At first glance, they look as if they were out hunting in the forest all day and have just come home just to greet their owner. In Russia you actually can meet these cats in the wild sometimes, and they are definitely not going to give up their freedom for a pet from a human. But we bet you’ll want to make friends with one after reading this story!

1. They have Asian roots 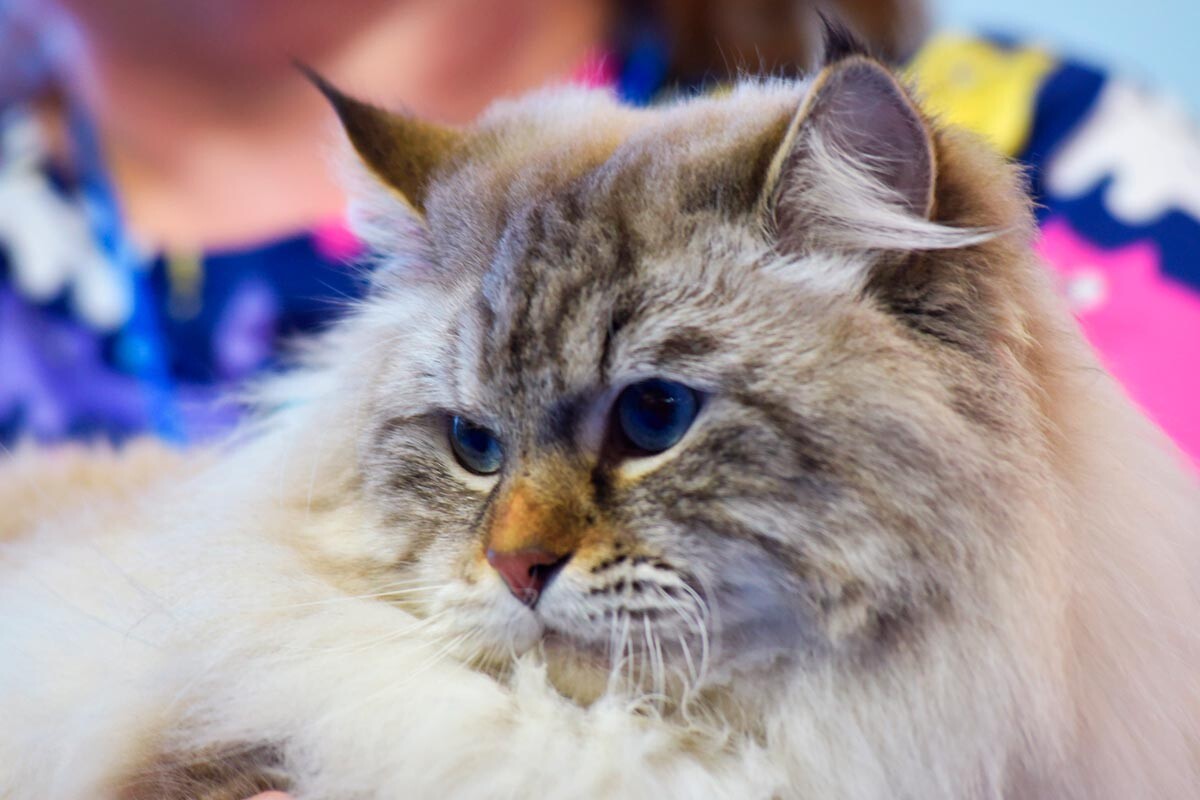 The Siberian cat has been around since at least the 17th century. Strictly speaking, in ancient times all cats that were brought from Siberia to central Russia were called Siberian. They were the most common tomcats, came in all sorts of colors and had longer fur. The ancestors of these cats were Asian (Bukharian) cats, which were brought by merchants to Siberia to provide rat control for settlers. Over the next several centuries later, the cats adapted to the cold climate and developed their characteristic fur coat. They also spread throughout the country since it was believed that Siberian cats were the best at hunting rats. 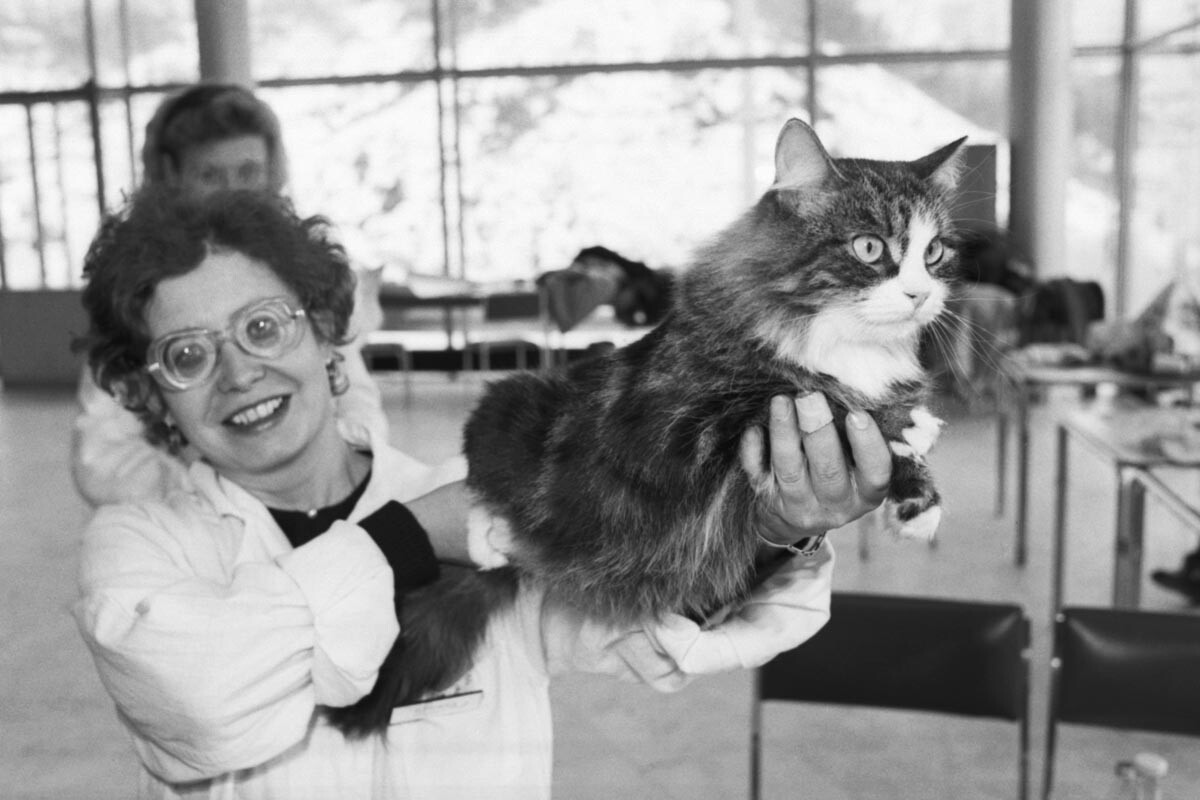 The Siberian cat was officially recognized as a breed only in the late 1980s in the Soviet Union. Then in 1992 it received international recognition, becoming the first Russian breed registered by international organizations. The breed stands out as a big heavy cat with fluffy fur and a rounded head. The color varies and can include tabby, a solid color pattern and tortoiseshell among others. The Siberian cat is distinguished by having a pair of fluffy "pants” and ”shirt front" under the chest. Usually they have bright green eyes. Professionals refer to this breed as the Siberian Forest Cat. 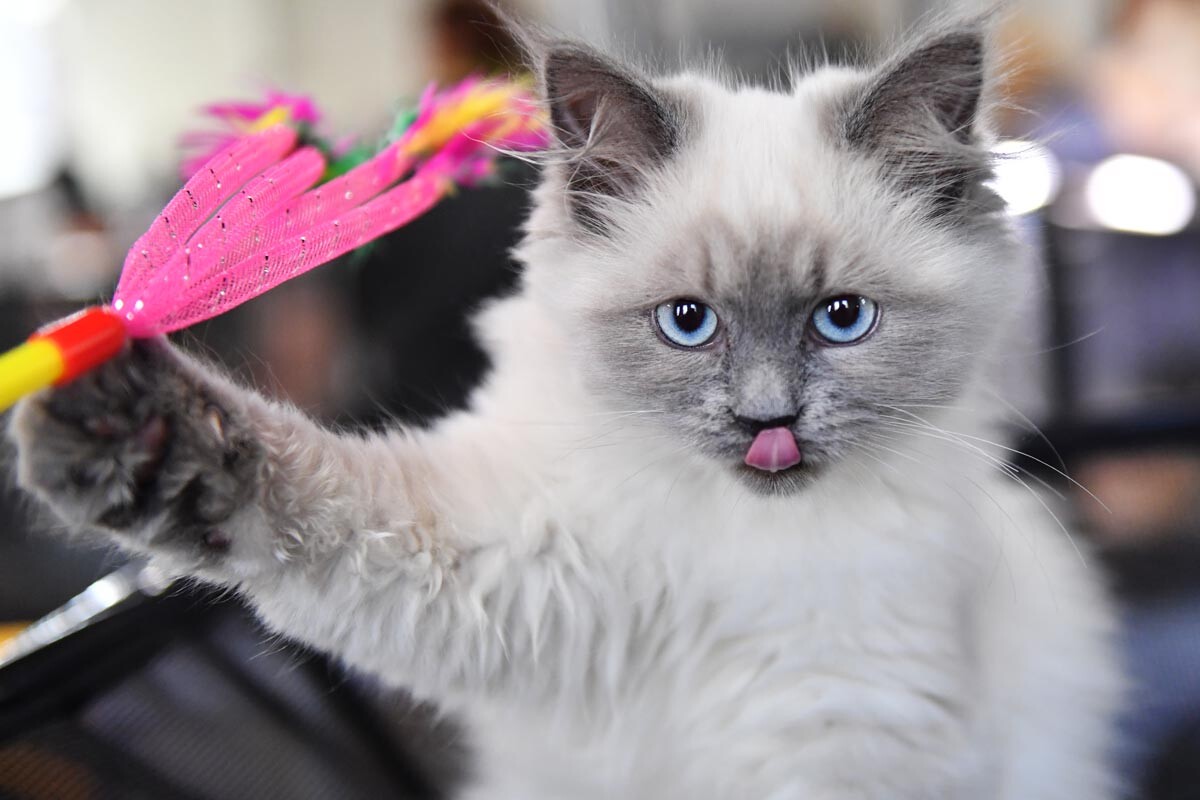 4. Snow and frosts are not a problem 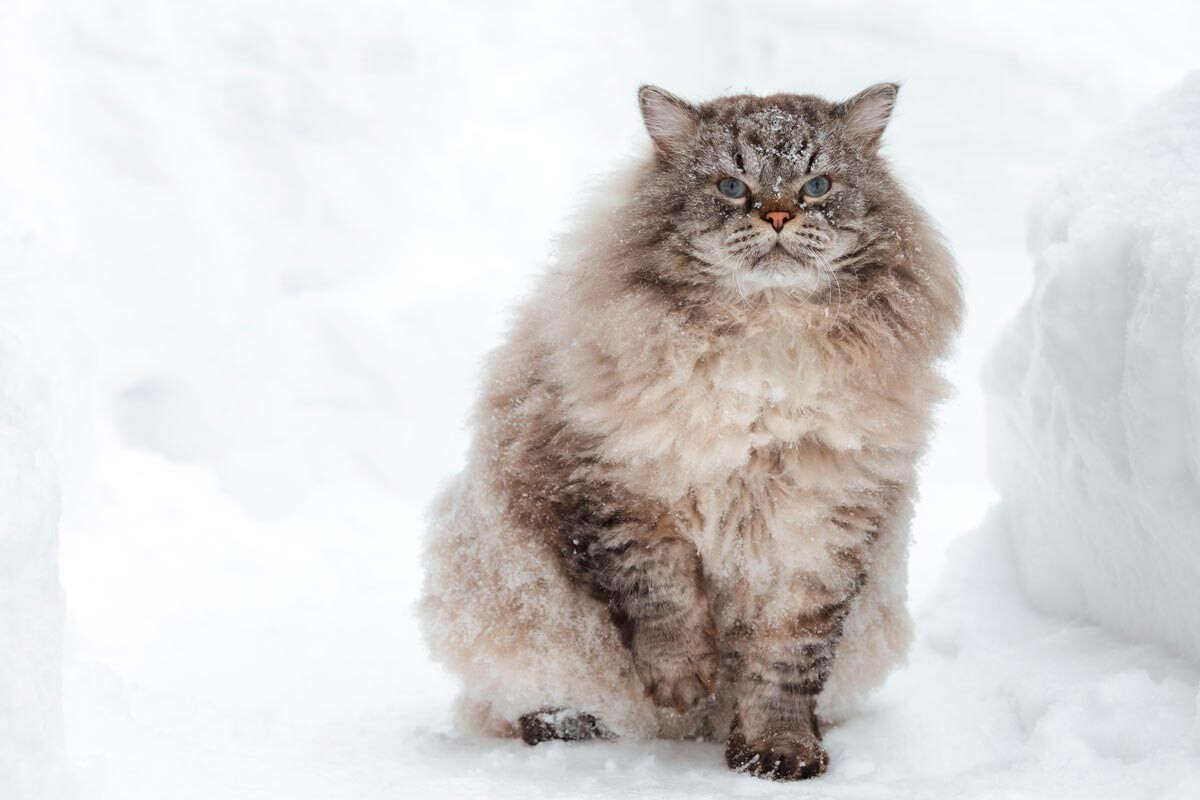 The Siberian cat is considered the most frost-resistant domestic cat. This is all thanks to its fur, which is long, thick and resistant to moisture. The ears are also "heat-insulated” and have “tassels.”

This fur coat protects the cat's strong paws and massive body from the cold and frost, allowing them to be outside even at temperatures of minus 10-15 C. At the same time, the fur generally does not cause trouble at home (except when they are shedding, of course).

5. Weighs as much as two normal cats 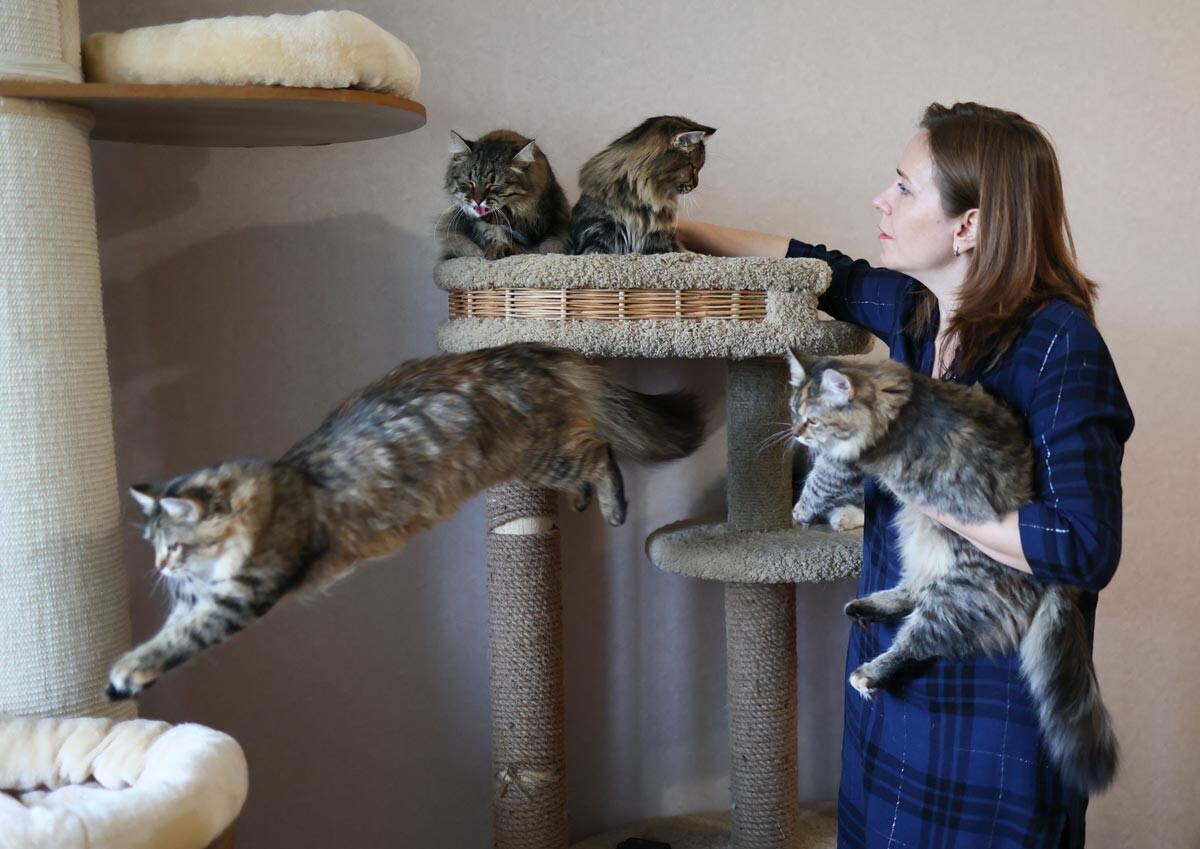 Siberian cats need more space for their enormous tails and paws! Adult female Siberians weigh about five or six kg, but males grow up to 10 kg and sometimes even up to 12 kg. These are real Russian bogatyrs! 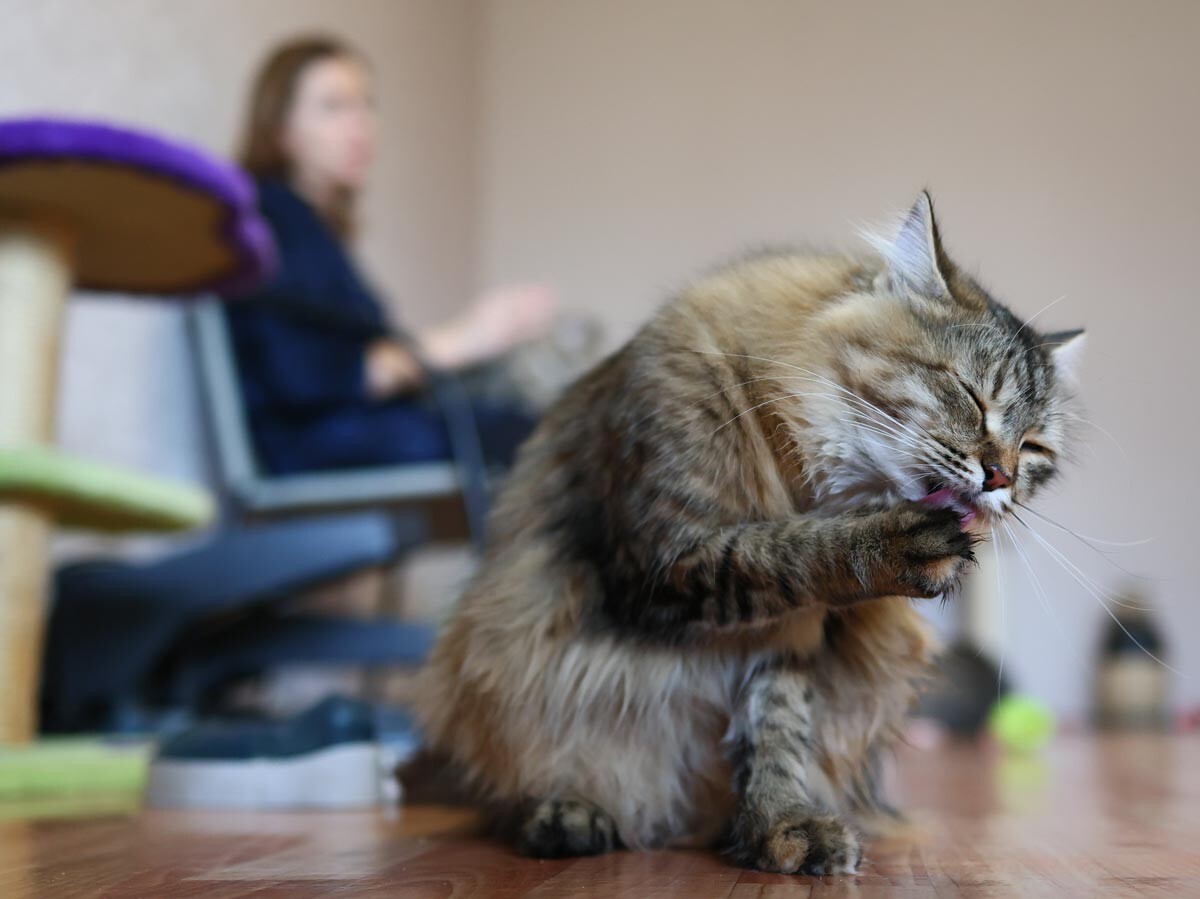 These cats value their freedom even if they live indoors. You shouldn't expect them to sit on your lap all the time. They have a lot of things to do while you are at work to earn money for their food and toys. Siberians are not welcoming towards strangers and will rarely let an unknown person pet them. If you let the cats go outside, don’t be surprised if they periodically bring you “gifts” since they are excellent hunters. They can even catch small fish! 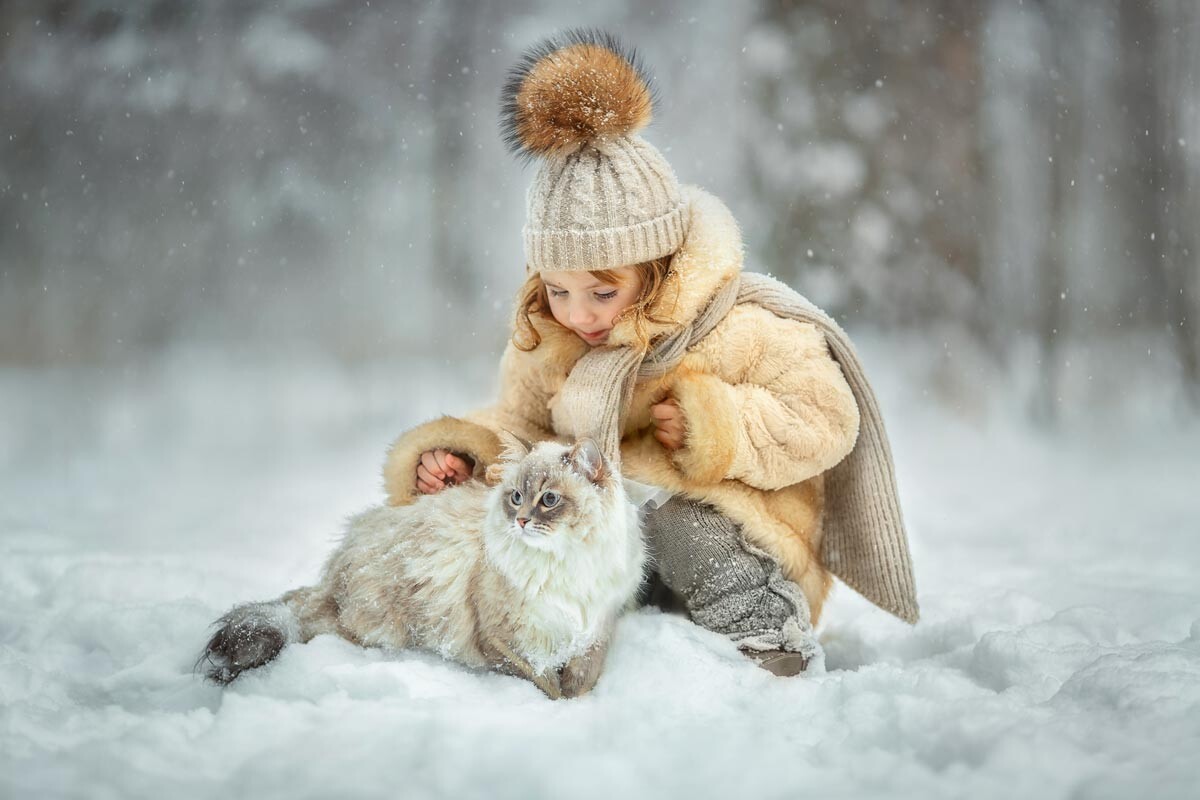 Despite keeping clear personal boundaries, Siberian cats do understand family ties. Father cats take care of kittens like a mother does. They also like human children and will protect them as their own. Social media is full of cute videos with cats “nursing” babies. And have you heard the story about a Siberian tomcat named Masha? She found a newborn baby abandoned in a residential apartment, saved him from the cold with her warmth and then called people for help.

8. They always have a plan 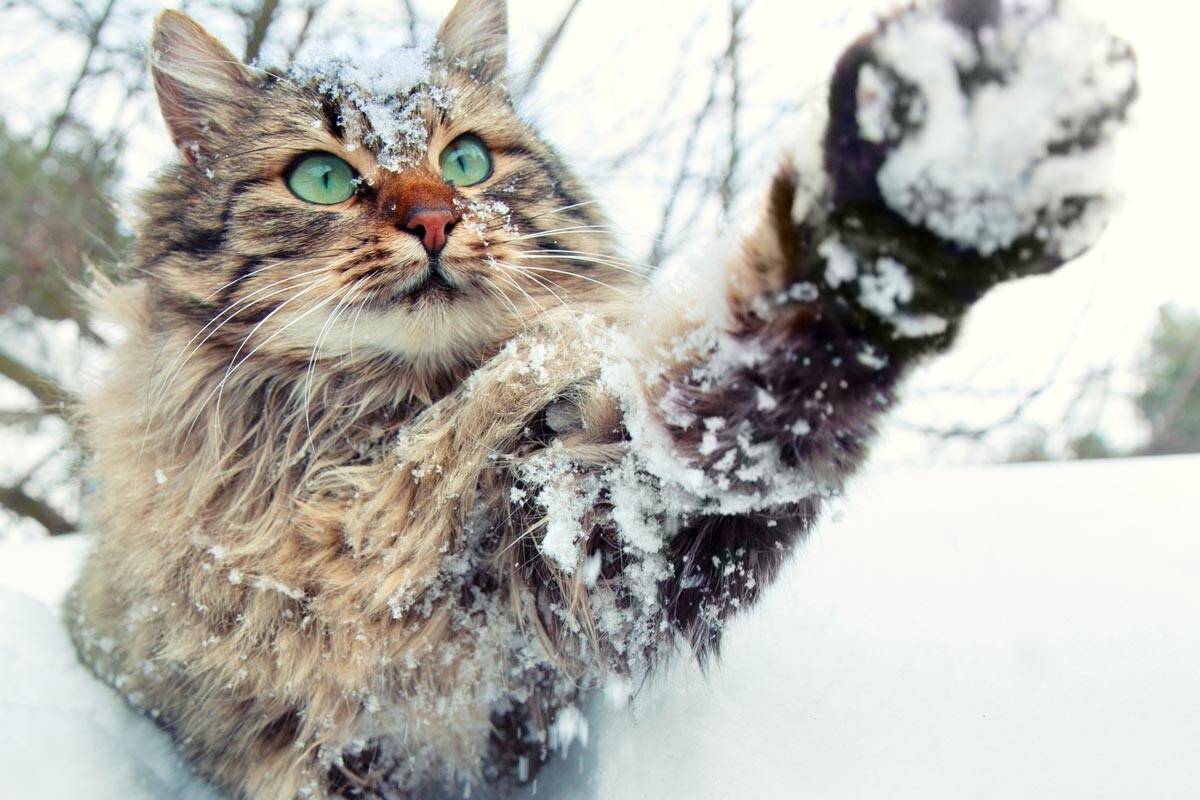 One of the Siberian cat’s main features is its high intelligence. Since this breed developed under harsh climate conditions in Siberia, the ability to think and plan was important to survive. Tomcats understand what humans want from them and can even learn some commands like "fetch” and figure out how to open doors with their paws or turn off the lights. The breed prefers to avoid conflicts and will, in most circumstances, hide instead of fight. 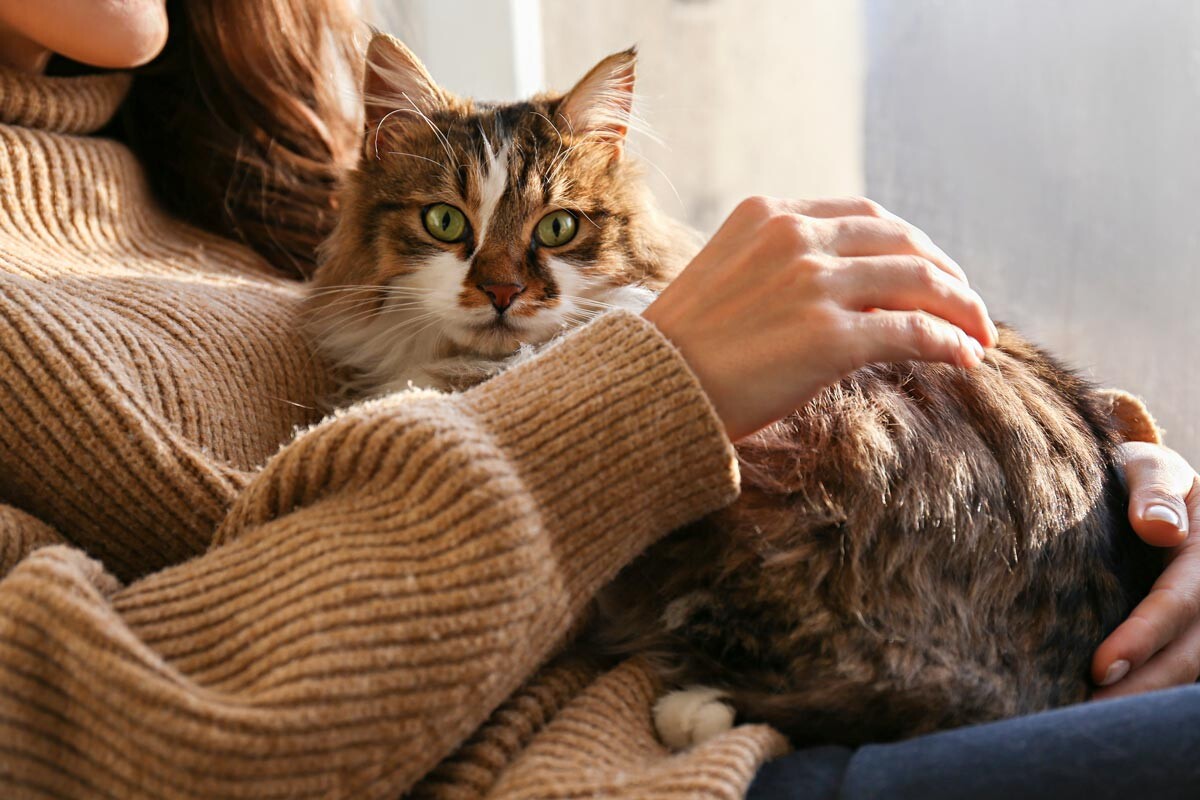 Do you like to discuss your day with your cat? We do too! The Siberian cat not only listens to humans, but they even actively meow in response using different intonations. Had a hard day at work? The cat will give a sympathetic meow. Had a great day? The cat will meow with a happy voice. It sometimes looks like a dialogue, but scientists have not yet figured out what the cat actually thinks about humans. Check out this video of a tomcat named Nikifor, who is forbidden to lie on the stove but argues the point with his human to the very end. 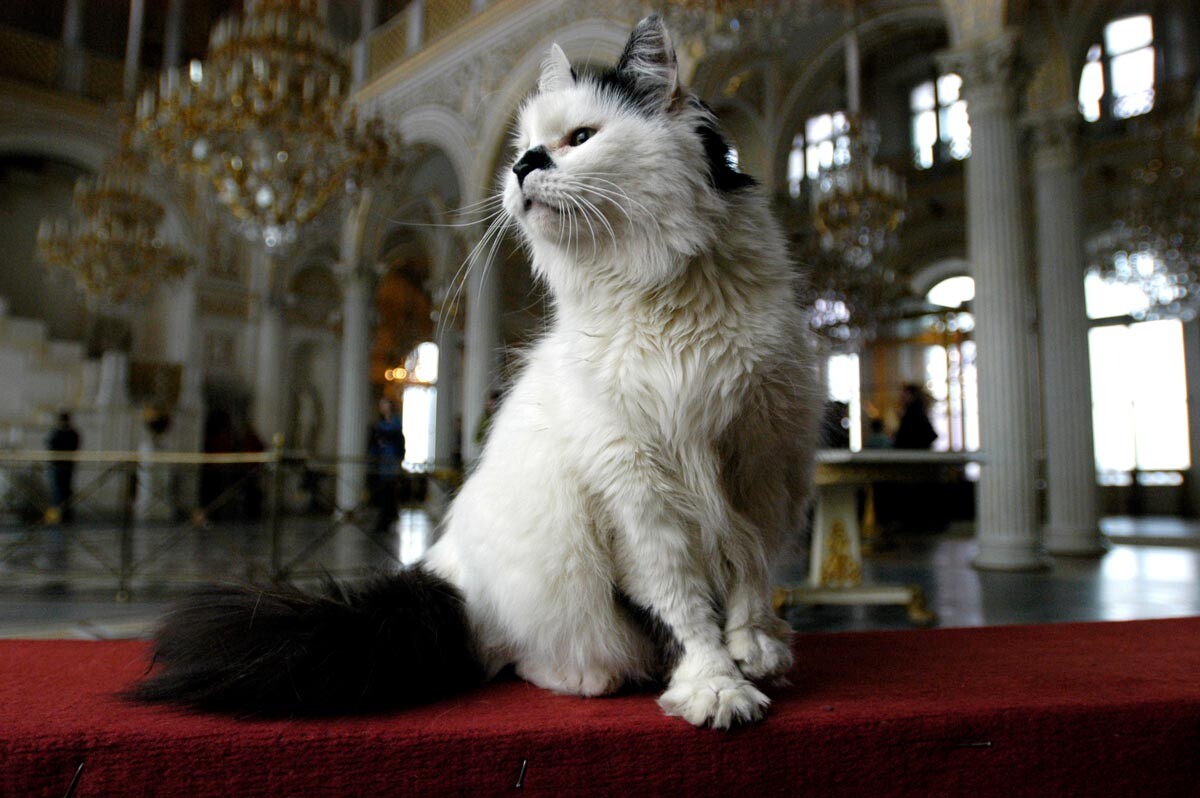 In the center of the city of Tyumen, there is a square dedicated to Siberian cats. It was built in memory of the Siege of Leningrad during World War II. Russia’s main museum, the Hermitage, had become inundated with rats that threatened to destroy valuable exhibits, and so residents of other Soviet regions decided to help the city and set up collection points for cats. One of the largest was in Tyumen, and in total around 5,000 Siberian felines from Tyumen, Omsk and Irkutsk were gathered and sent by train to Leningrad. All the rats were promptly killed, and the descendants of these cats still live in the Hermitage and handle pest control. Read the amazing story here.