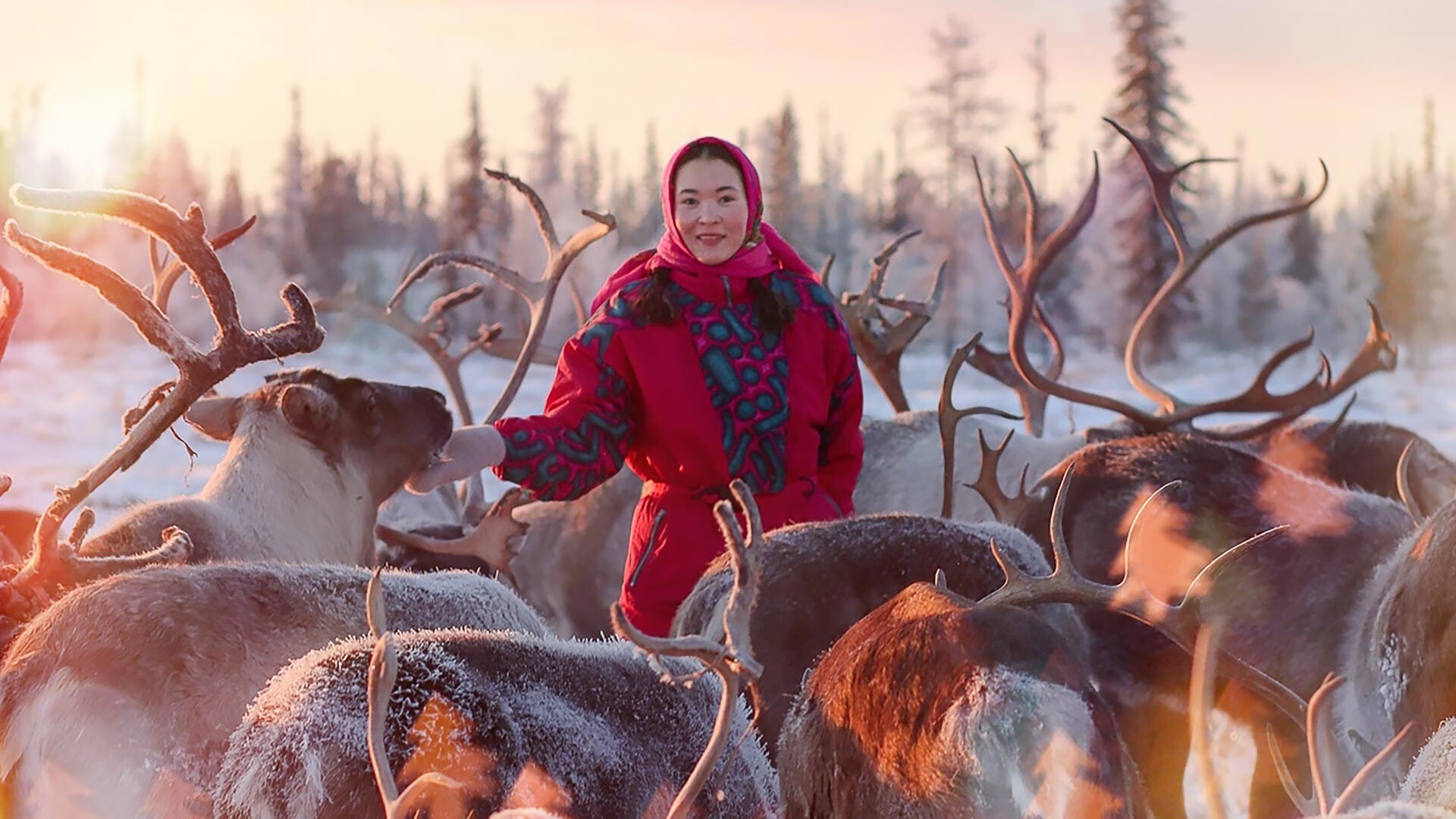 olenevod.me
Set up a ‘chum’ (tent) in the morning to hunt some game, throw it in a stove during the day, then disassemble the chum and harness the deers and be on the move in the evening. Falling to your death in a gorge or encountering a bear aren’t a guarantee, but could still happen. Deer herder Oksana Yar spoke to us about the numerous dangers faced by members of her profession, as well as the cultural customs and day-to-day life of a deer herder.

It’s winter. Twilight. The ‘Buran’ snowmobile is towing a sled and making its way across the Yamal tundra, heading into a blizzard. The snow-covered relief hides a gorge up ahead, but the driver fails to notice it in time and tumbles down together with the sled. Riding along with him are his wife and young daughter, who is yet to start primary school.

“I remember the snowmobile falling in first, the sled after it and we basically fell right onto the Buran, where my father was sitting. It all turned out well that time, we made it out and no one was hurt, but we were very frightened,” recalls Oksana Yar, who was the little girl in the story. The incident took place in 2003. 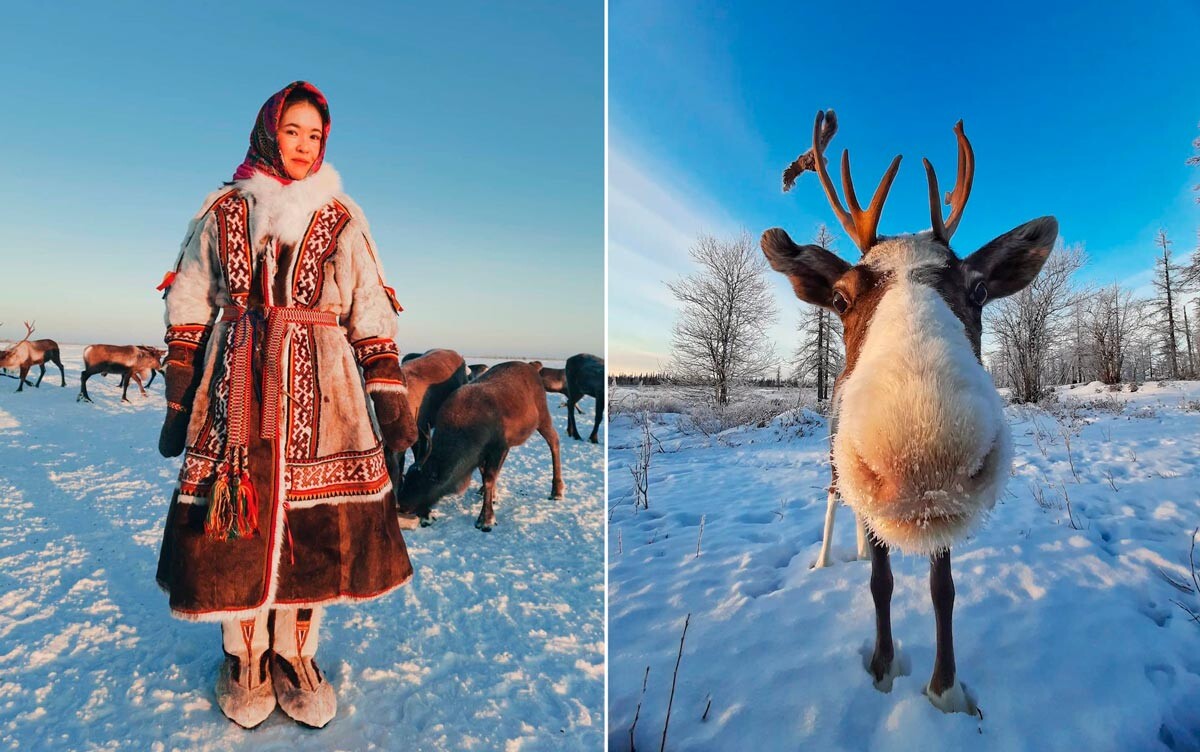 Oksana was born into a deer herder family in the small national settlement of Syo-Yakha (“River Neck” in the Nenets language) - the northernmost national settlement of the Yamal Peninsula. She lived as a nomad with her parents, learned how to watch over the herd, remove antlers and keep the house tidy. A snowmobile accident isn’t even close to the top of the list of dangers you face when living such a lifestyle, she says.

You grow up quick in the tundra

Oksana’s birthplace, Syo-Yakha, numbers no more than 3,000 residents and is situated about three kilometers from the Gulf of Ob. The young girl would live there with her sister during the school year and visit her parents in the tundra during the holidays. Her mother worked as a paramedic and the father was a deer breeder, who occasionally helped her out. 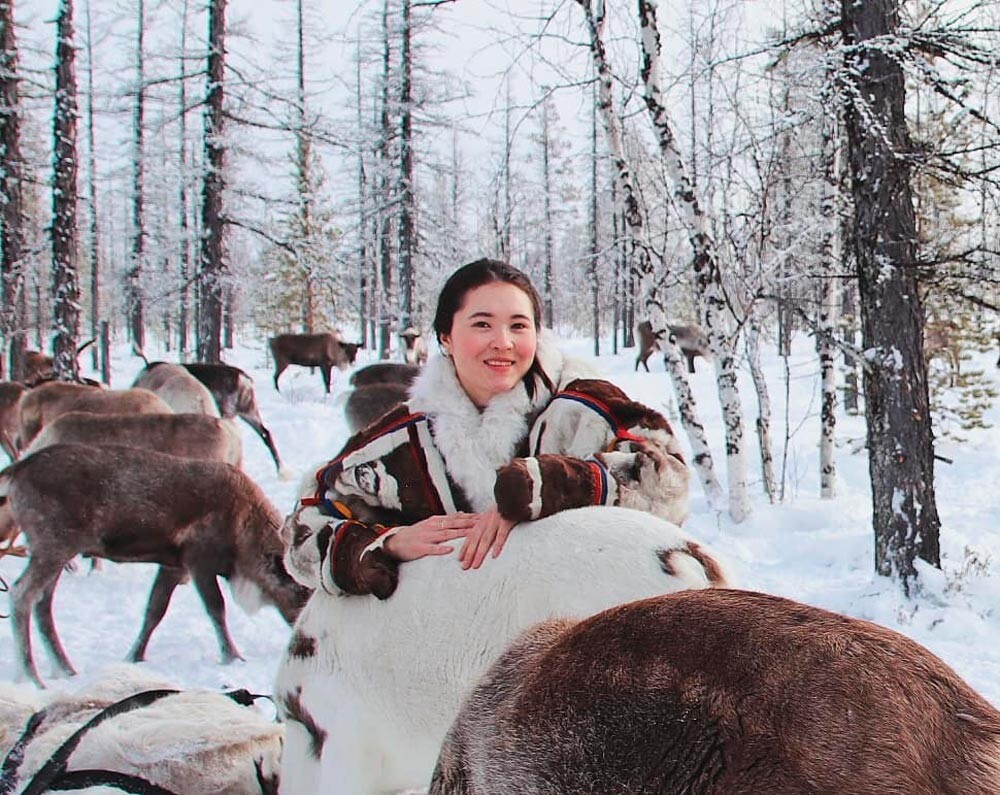 “Mother would visit chums (a mobile tent that herders live in - ed.), treating people, sometimes delivering babies. The weather on the peninsula, especially in the winter, was harsh. Strong winter storms and blizzards were commonplace, so Dad would often take Mom, as he was always able to find the path to the given chum. During the holidays, my sister and I would tag along and visit the chums, as well, it’s one of the most vivid childhood memories I have,” Oksana remembers.

Children in deer herder families learn to run the household from childhood - at first, by “playing house”, then more seriously, as they mature, she explains. For instance, boys of four to five years old learn to make a type of lasso from rope. It’s a special instrument for capturing deer, consisting of belts, woven together like a pigtail. They use it to catch dogs, or deer by the antlers - and sometimes each other - such are the children’s games. Some boys learn to make a bow and shoot, while girls build toy chums. 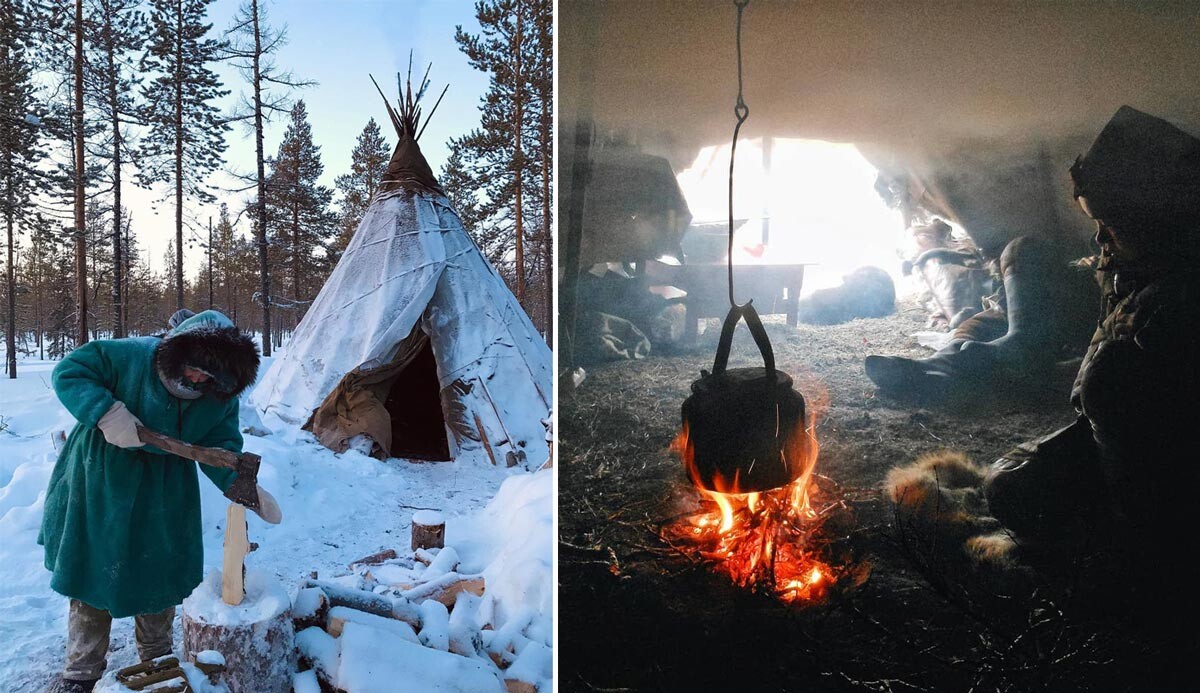 At seven-eight years of age, the boys begin to help the father to harness and unharness deer, learn their way around a snowmobile. The girls assist with firewood, water, washing dishes, help with the laundry and feed the dogs. When they reach their teens, the children can control the narta (sled) with deer on their own, as well as help out with the younglings.

According to customs, the man grows up to become a deer herder, while also building chums, foraging for meat, fish and game, as well as selecting the place for the future chum and herding grounds. The woman tends to the children, keeps the chum in order, assembling and disassembling it; she also cooks, sews clothes for the family, processes animal hides, takes care that there’s enough water and gathers firewood. 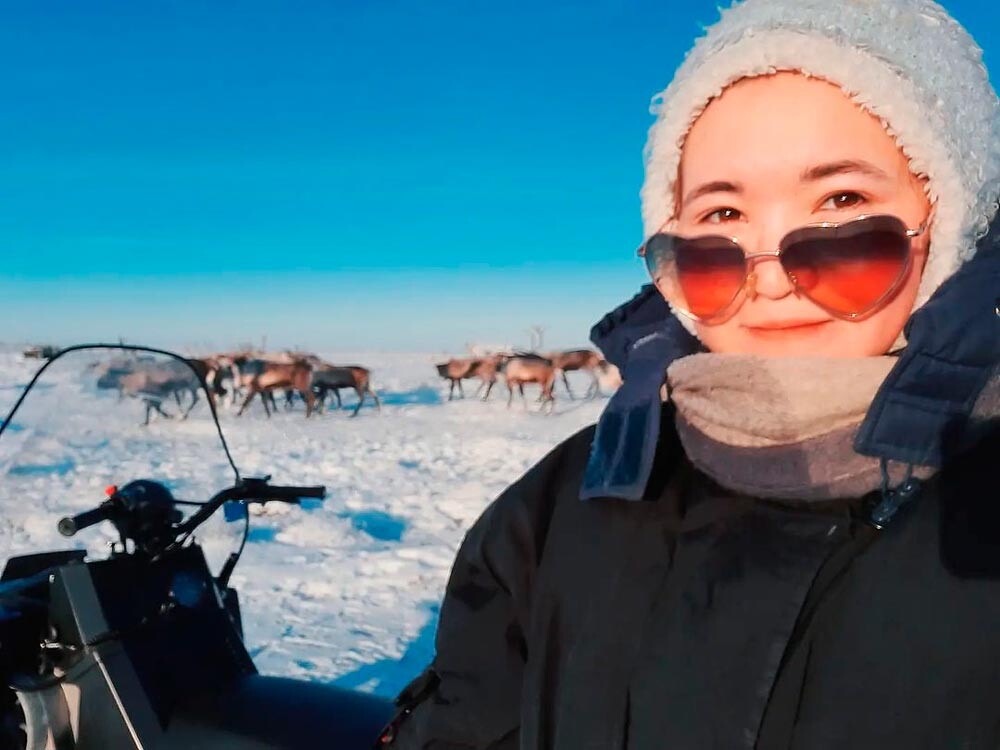 Some Nenets follow the shamans, while others practice Christianity; however, most believe in the spirits of nature. 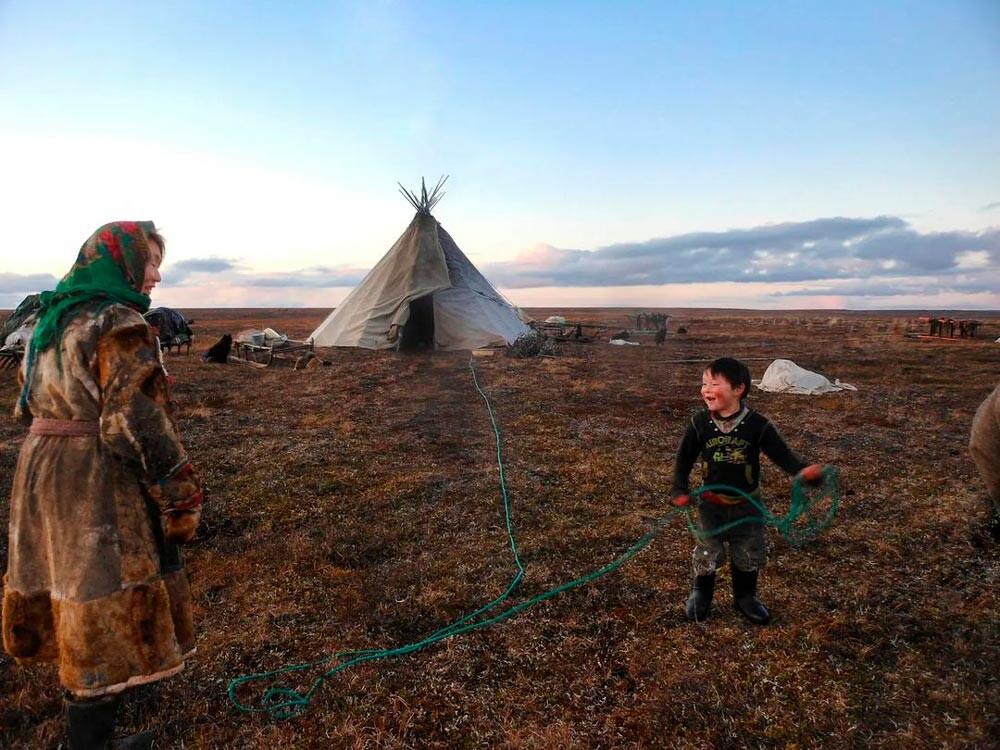 “For example, they believe in Num - the spirit of the sky. He is formless and faceless. There is also N’a - the spirit of death and disease, he lives underground. Then there’s Ya-Nebya - the Mother of the Earth, and the guardian angel of all the women. And, in the chum, you will also find Myad-pukutsya - ‘the one who tends to the household’. She is usually found on the women’s side - whether it is on the pillows, or the bag hanging above the headboard on the woman’s side,” Oksana explains.

Tradition dictates that there must always be the female and male portion of the chum. The former is situated at the front, the latter - a little further. In the center, where the two meet, is the hearth. As the woman is considered its keeper, the man must not touch it. The woman, meanwhile, cannot cross over into the man’s portion of the chum. Another rule is that she must pay close attention to various items and obstacles in the street. 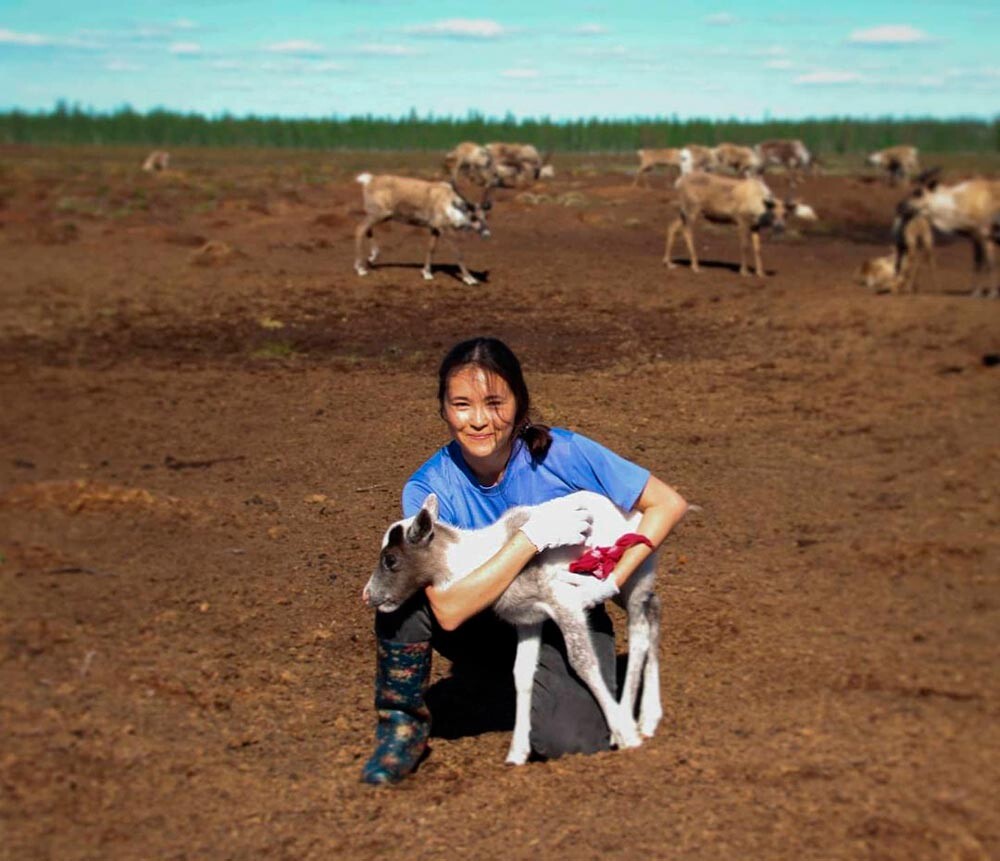 “The woman must not step on any object or a piece of rope in the street, everything must be avoided. If a woman were to step on a rope or an item, she must smoke it with juniper. This is all linked to the notion of the female being sacrally impure - connected to the underworld,” Yar continues. 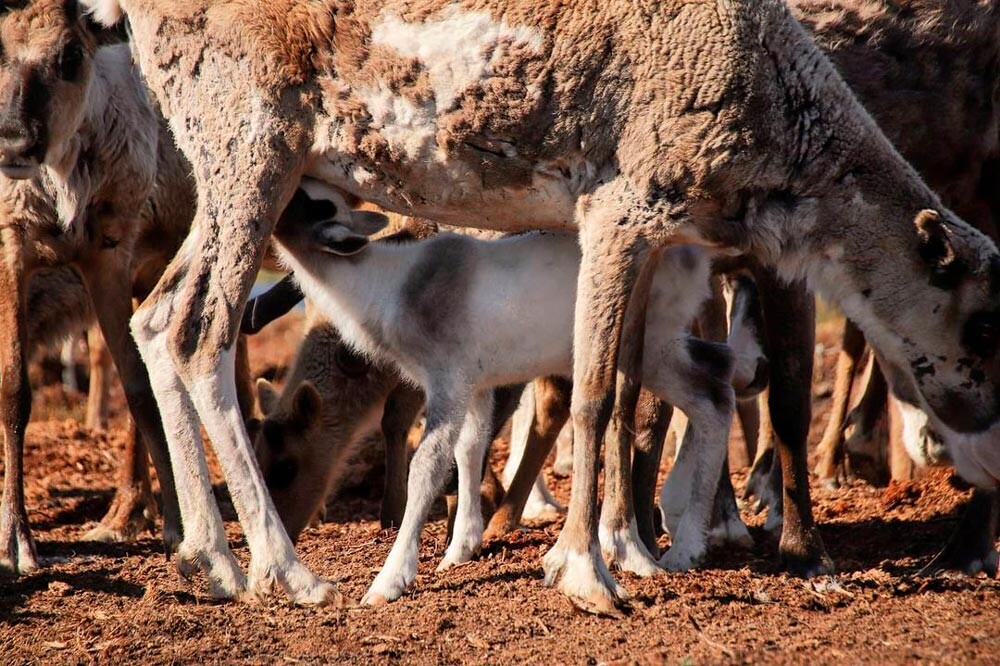 Furthermore, nearly every Nenets family has a sacred sled - or narta, which are used for storing sacred and ritualistic objects handed down from previous generations and a box with idols. Only a man can approach this sled.

“But all of these bans are not considered to be demeaning - they are naturally accepted,” Oksana says.

Another source of danger for deer herders, aside from gorges, is thin ice over lakes and rivers.

“Many deer herders stupidly heat mobile stoves (buran) on these surfaces and, sadly, sink to their deaths. Fishing on the Ob or the big lakes and wide rivers can also result in numerous disasters. Big waves can rock the boat and the fisherman, without a means of rescuing himself, is also in danger,” Oksana explains. 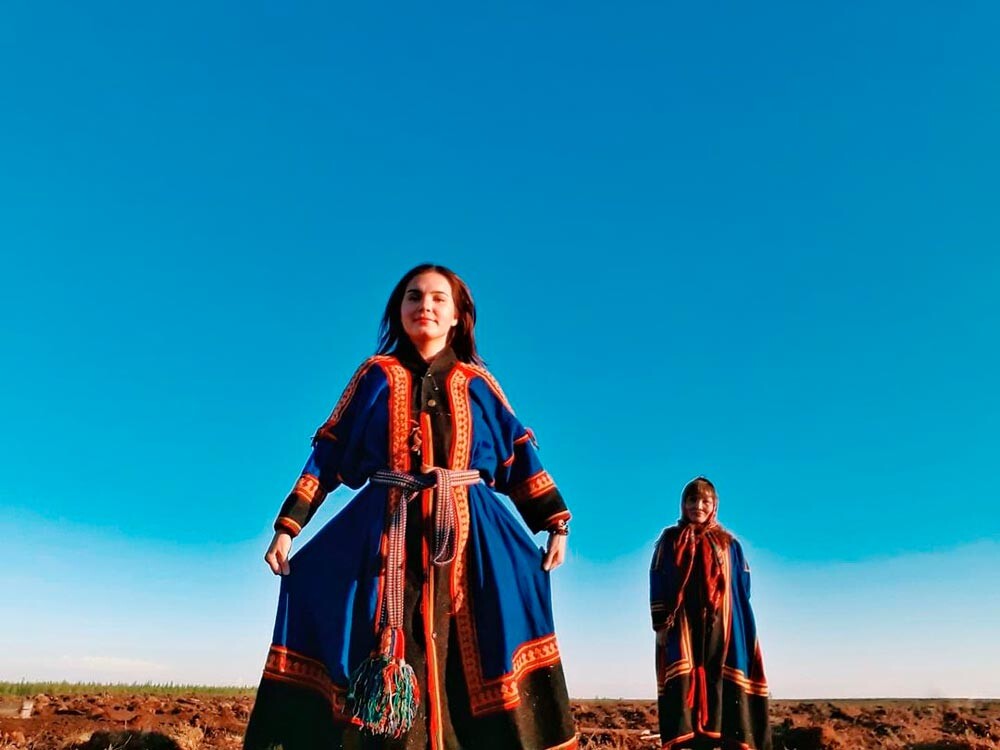 FInally, a deer herder can easily encounter a bear in the woods or not far from the chum. 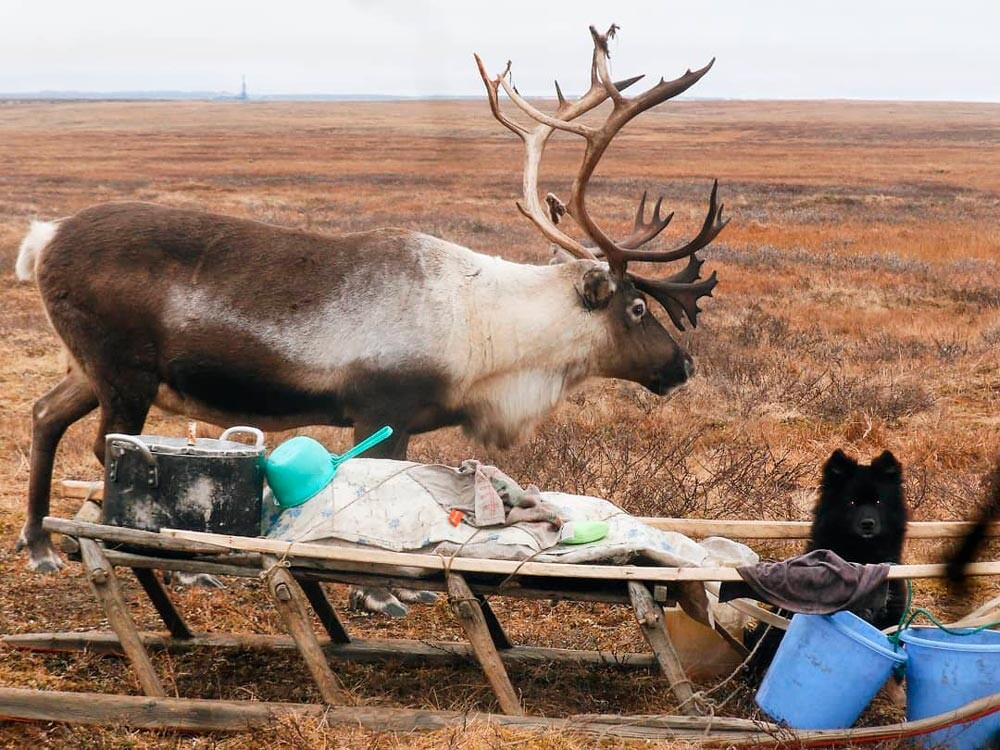 “My father encountered a bear, but he was accompanied by dogs and the bear got frightened and ran off. But we do find tracks on our lands all the time. Sometimes, you go for a morning trip to the woods, then come back some time later and see a bear’s tracks. This is almost a regular occurrence,” the deer herder adds.

Connection to the modern world

According to Yar, her family can be classified as modern and lives both - in the chum during the summer and in a hut in the forest-tundra zone during the winter. They no longer practice nomadism every five or seven days, while the deer are fenced off in a karal most of the time, aside from winter. 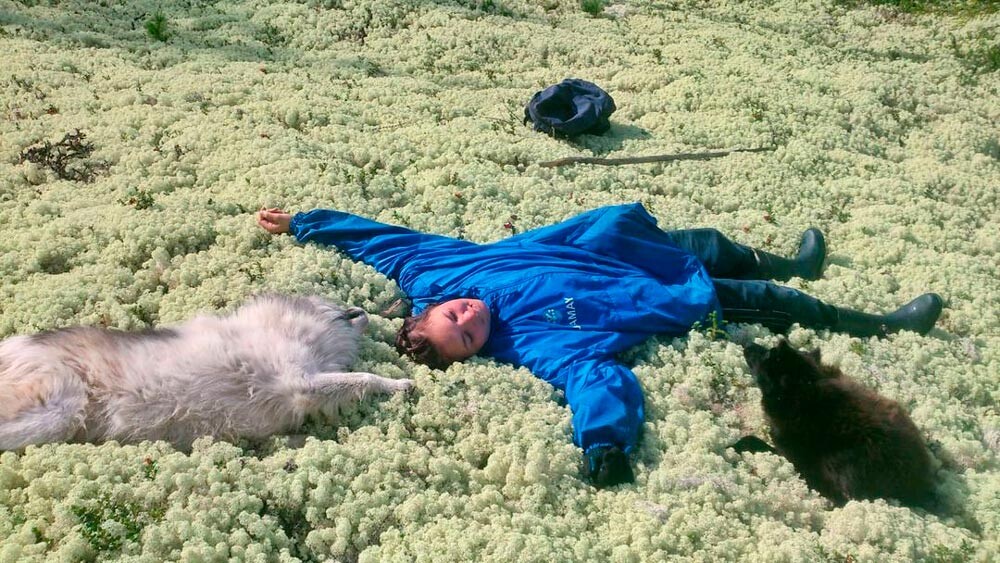 “You get up during the winter, heat the stove, put on the kettle, wake the family, everyone washes up, has tea, then we - the women - clean up, go to get ice for the water, bring firewood, feed the dogs, someone may be sewing something, while someone else will help the father with the buran, or heads out to check on the herd,” Yar continues.

During the summer, the family tends to the herd, captures weak deer, treats and vaccinates them.

“We always make bonfires - the thick smoke wards off gadflies and mosquitos; this way, the deer can more easily bear the harsh summer days. Then, in July, we may cut antlers (panti), which can then be sold,” Oksana says. 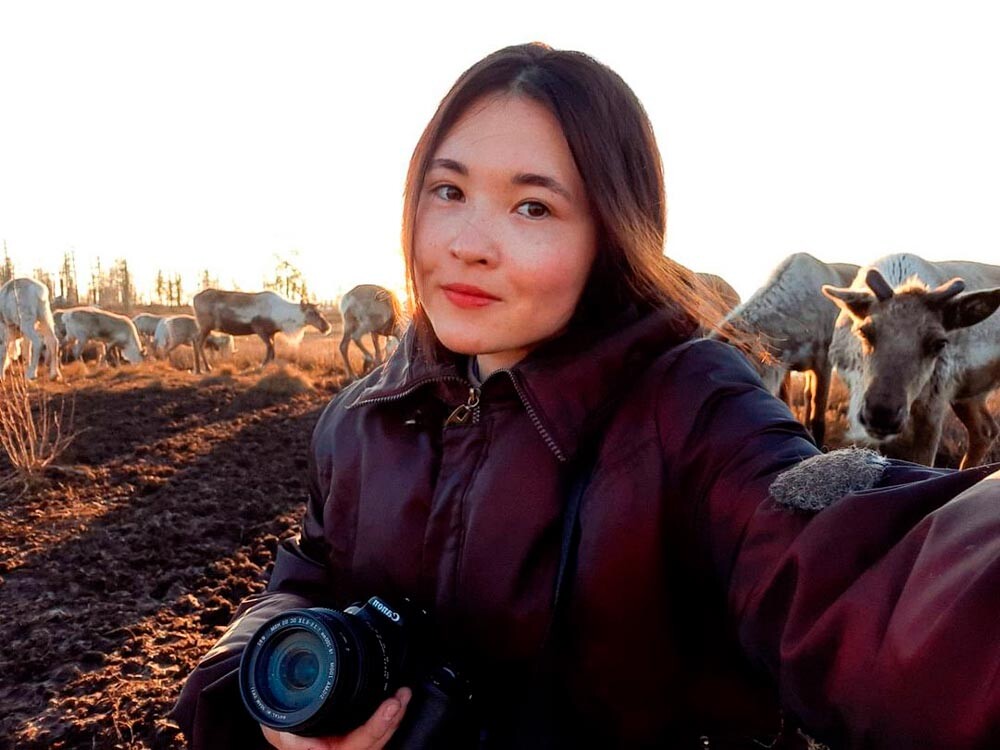 Some Nenets opt to use solar panels instead of ordinary electrical generators. They are used for powering TVs, laptops with internet access and lighting. And out in the tundra, many use potbelly stoves, instead of electrical ones.

“This stove is a good source of heat, it can be used for cooking, it’s light and easy to transport.” 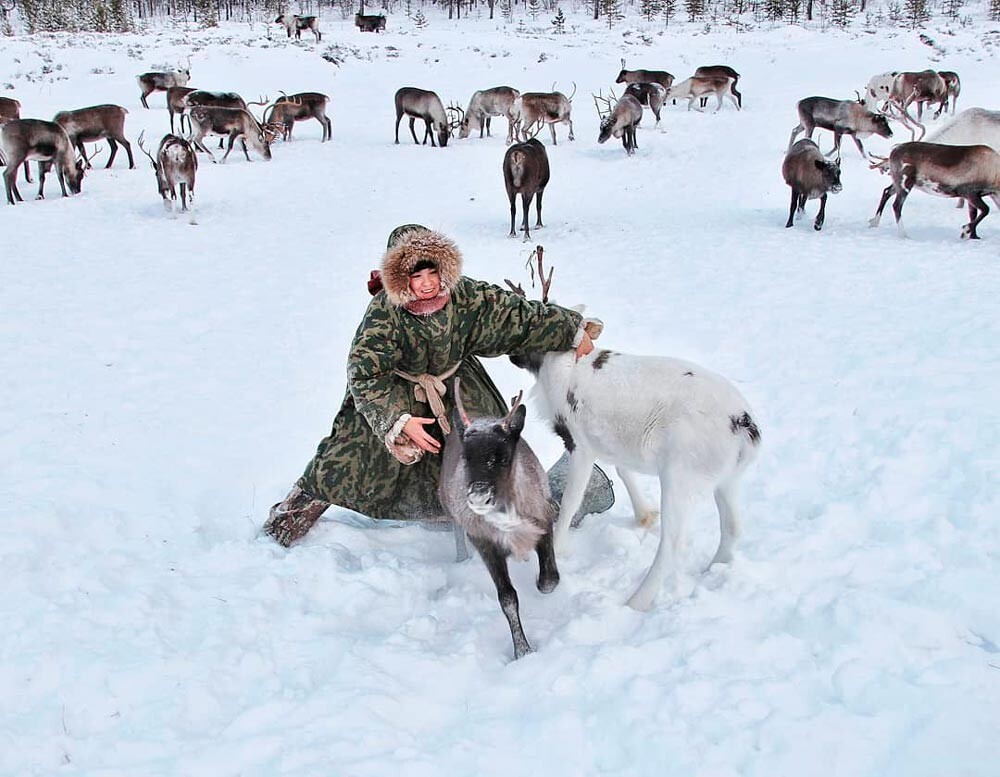 Manye deer herders also receive a higher education: Oksana received her Master’s degree in December 2021, in Kirov. Her specialty is ‘Safety in the Technosphere’. She is currently into photography, as well as hand-made jewelry, inspired by the nature in Russia’s North.