What’s the difference between TUNDRA and TAIGA? 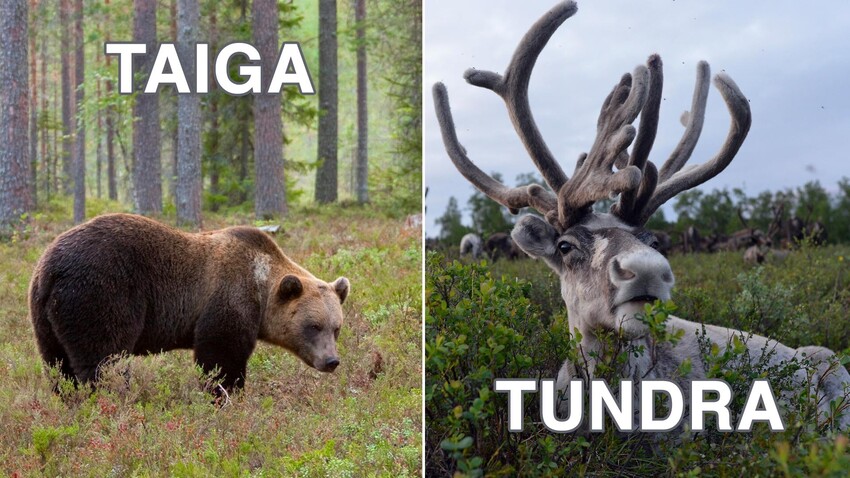 Russia Beyond (Getty Images; Alexei Kudenko / Sputnik)
Still get these two most popular Russian landscapes mixed up? Find out why the summer is not the best time to visit the taiga and how not to get lost in the tundra!

There are eight terrestrial ecosystems in Russia, from impenetrable forests to real deserts. But the largest ecosystems here are the taiga and the tundra, which is spread throughout the country. What is the difference between them?

Taiga is the dense coniferous forests 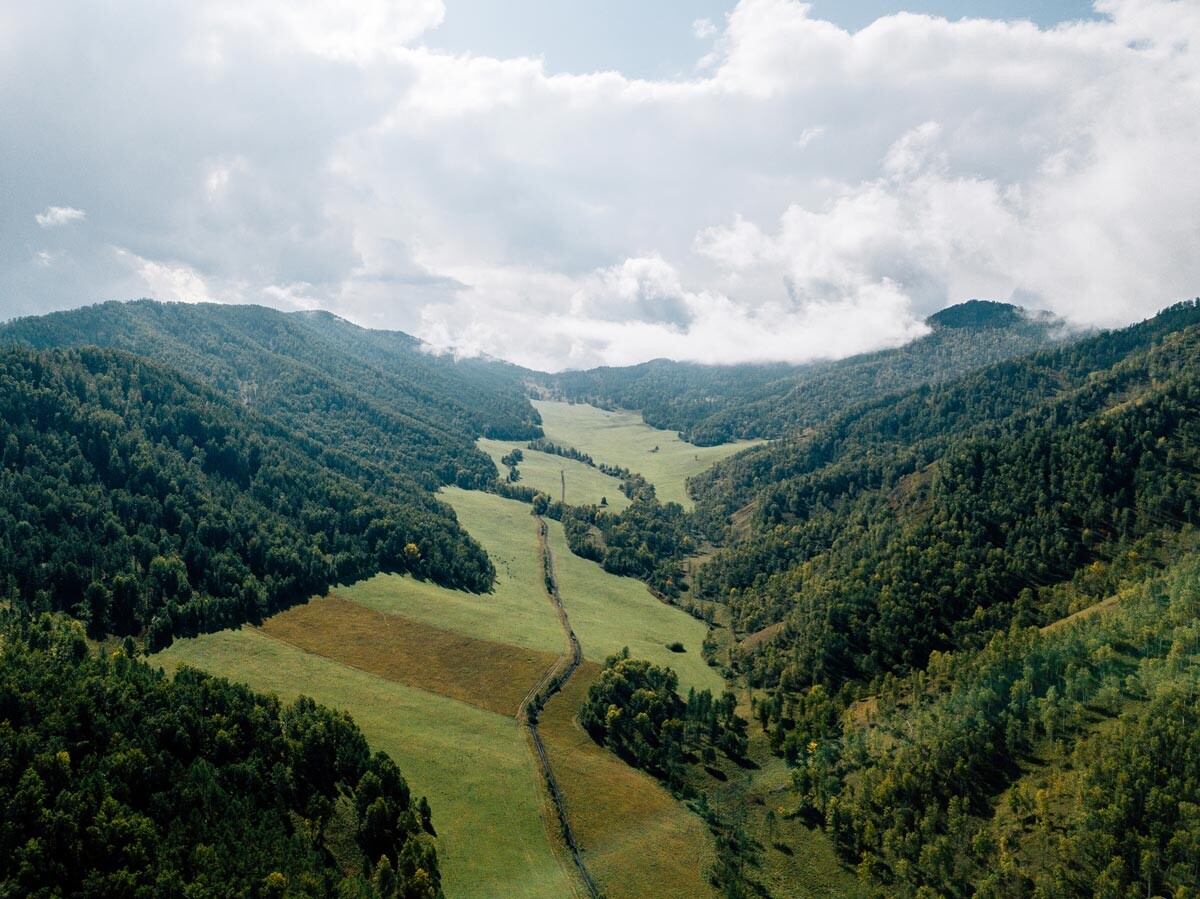 Taiga is the largest zone in Russia by length and width. It covers the territory from Pskov to Magadan! This ecosystem mostly consists of coniferous trees and swamps: The northern taiga has more pines, while the southern part of the forest is occupied by fir. It is here that brown bears, deer, Siberian musk deer and the northernmost Amur tiger live. But, if you visit the taiga in summer, you’ll definitely meet the most scary representative of the Russian wildlife - mites, horseflies and giant mosquitos that are called ‘gnoos’ in Russia. Here’s why!

Of course, many Siberian and Urals cities are surrounded by taiga, including Kemerovo, Krasnoyarsk, Perm, Tobolsk. But it’s better not to go too deep in the forest, especially alone, in order not to get lost. 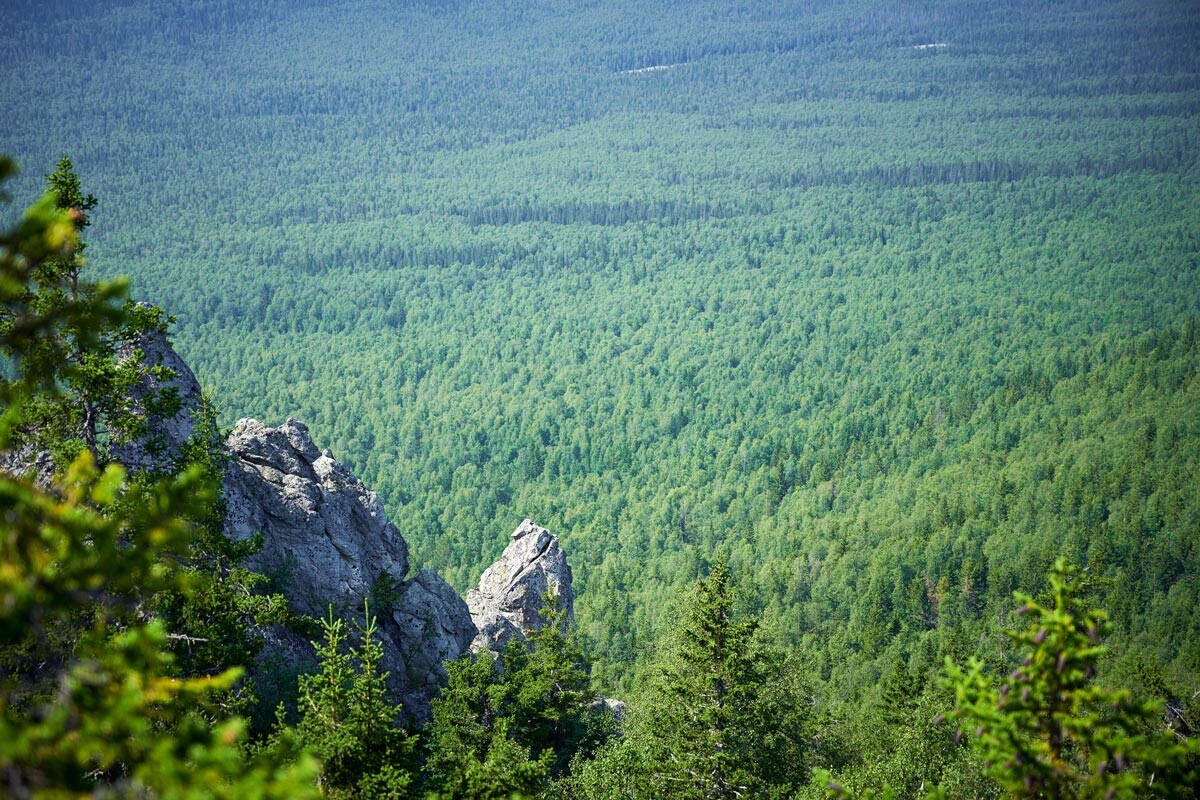 However, in different parts of Russia, there are many national parks for nature enthusiasts and those who like to take a rest from civilization.

Camping, fishing, boat trips, conversations at the evening campfire - this is how many Russians spend their holidays, even Vladimir Putin! 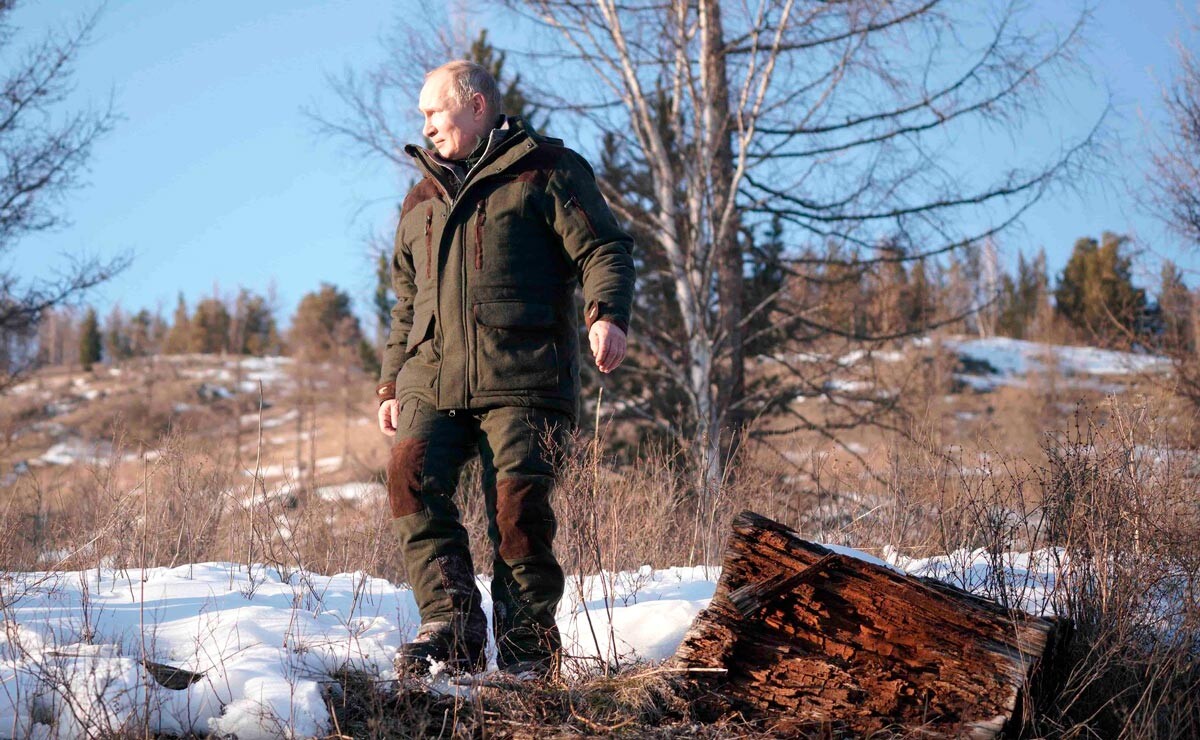 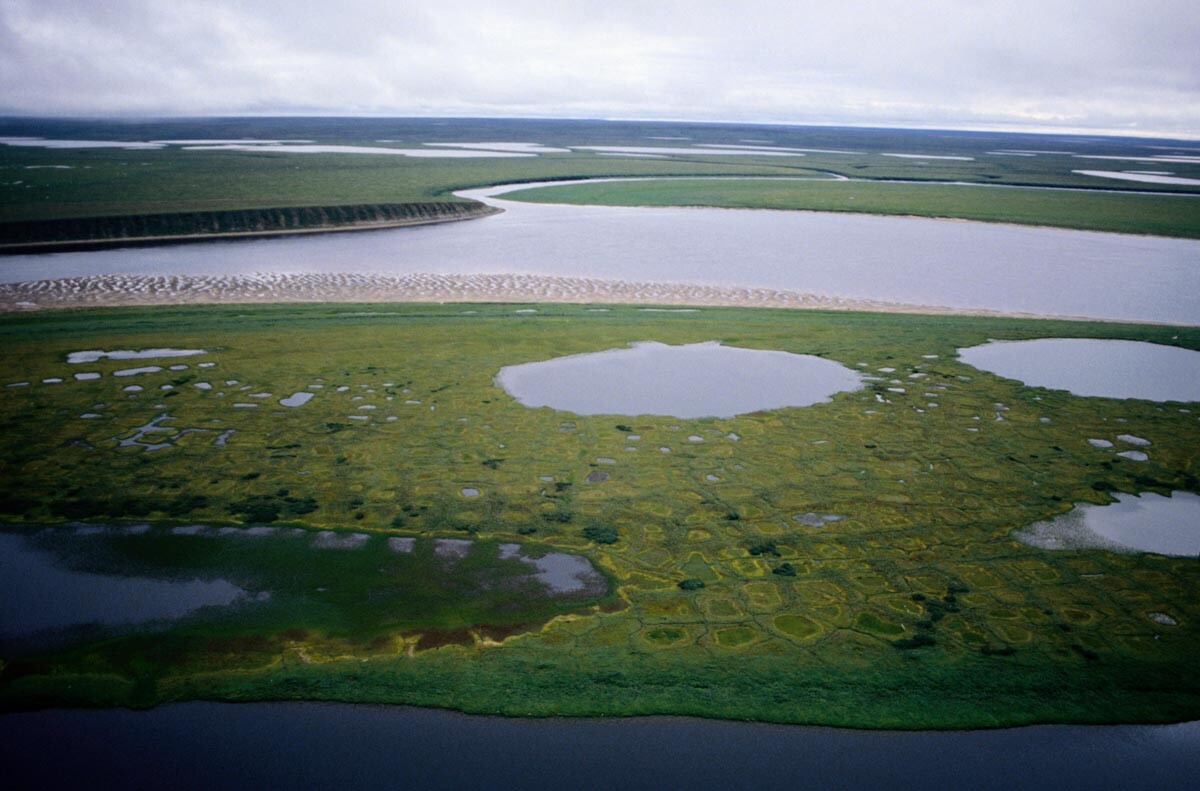 The tundra zone is located in the north of the taiga - approximately where the Arctic begins. There are few trees there and they are mostly dwarf sized. Further north, trees are replaced by shrubs, mosses and lichens.

But this does not mean that there are no beautiful places in the tundra - local landscapes sometimes look absolutely fantastic! The many canyons, hills, waterfalls and lakes make you fall in love at first sight. The Putorana Plateau and the Kola Peninsula are the dream of many travelers.

And just because there are no trees, it does not mean that it is not difficult to get lost in the tundra. This is an illusion. The endless flat space that stretches for hundreds of kilometers is very disorienting, especially for the first time.

In the tundra, the light is diffused and there is an interesting optical feature: distant objects seem close, but small blades of grass and hummocks are large and distant. Magnetic storms often occur here, which make it difficult to use not only modern gadgets, but also old-style magnetic compasses. Also, do not forget about Arctic polar days and nights, when it’s impossible to navigate by the stars and the sun. At the same time, during the polar day, you can do without lanterns.

Experienced tourists and locals can follow the tracks, as they persist even after a storm and can lead to people. There are few roads here - only directions. 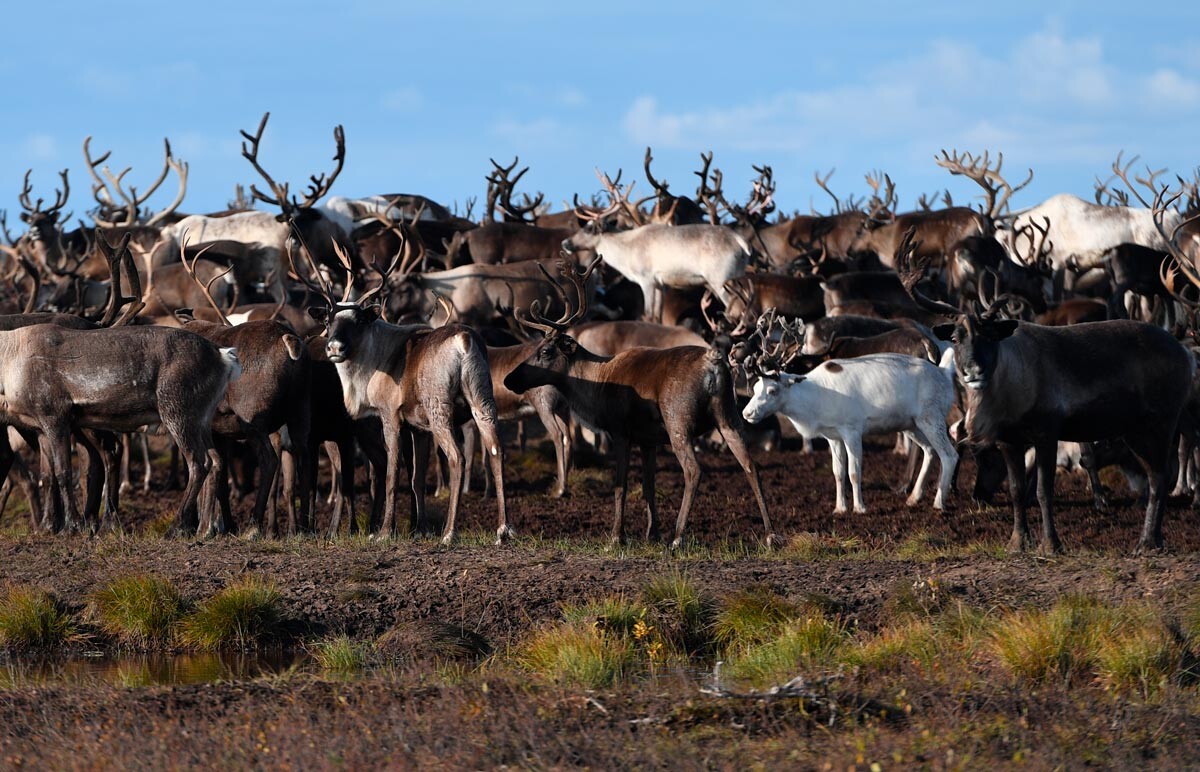 Agriculture in the tundra is quite problematic, but humans adapt to everything. There are cities like Norilsk, Dudinka, Murmansk, Salekhard, Naryan-Mar, Vorkuta, where thousands of people live and work. In the tundra, there are many minerals, including iron ore, coal and non-ferrous metals.

The tundra is also inhabited outside of cities - as a rule, indigenous peoples who historically engaged in reindeer husbandry live there: Evenks, Khanty, Mansi, Chukchi, Nenets, Dolgans.

Actually, reindeer are the most populous animals of the tundra, as well as Arctic foxes, who often enter residential areas, like stray dogs.

Forest tundra: A border between the ecosystems 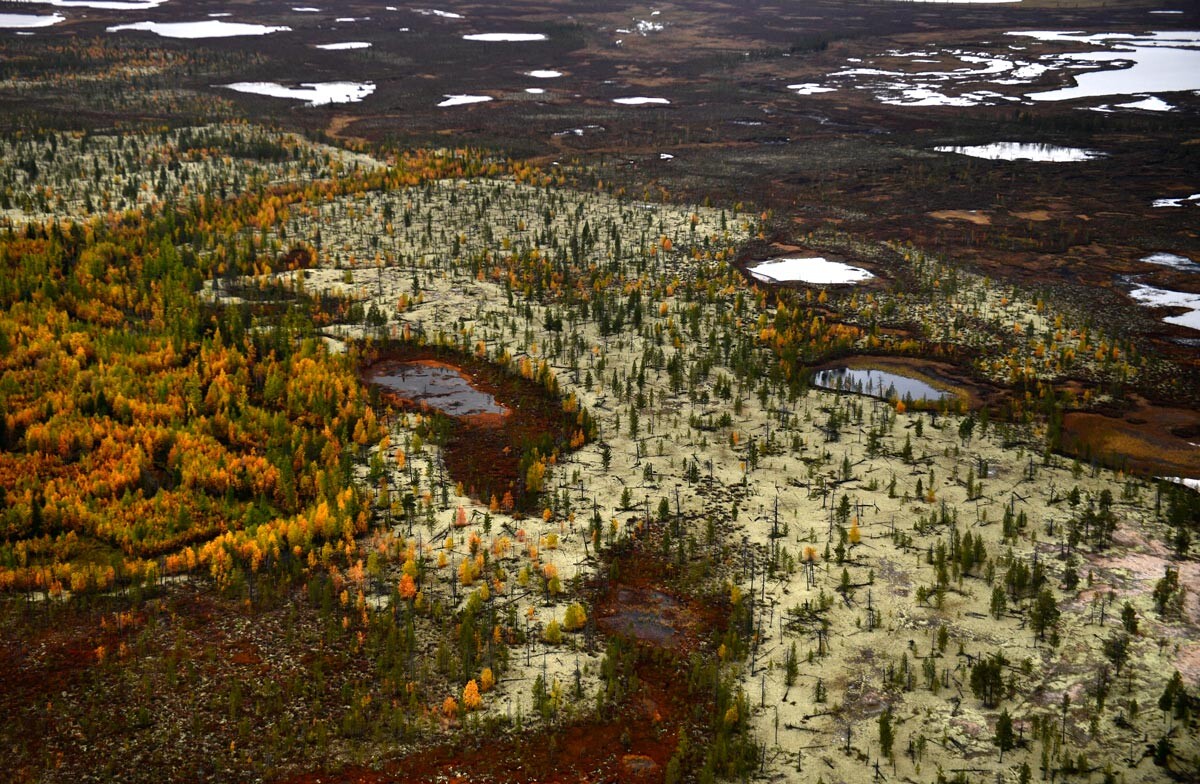 There is no sharp contrast in nature separating one ecosystem from another. So the taiga forests are not replaced by lichens immediately. This happens gradually: the further north, the lower the trees become, the fewer swamps and more stone soil. This border strip is called the forest tundra. It looks like a rare coniferous forest, with swamps and lakes and an abundant amount of moss. It stretches for 20-100 kilometers almost all over northern Russia and looks incredibly picturesque.