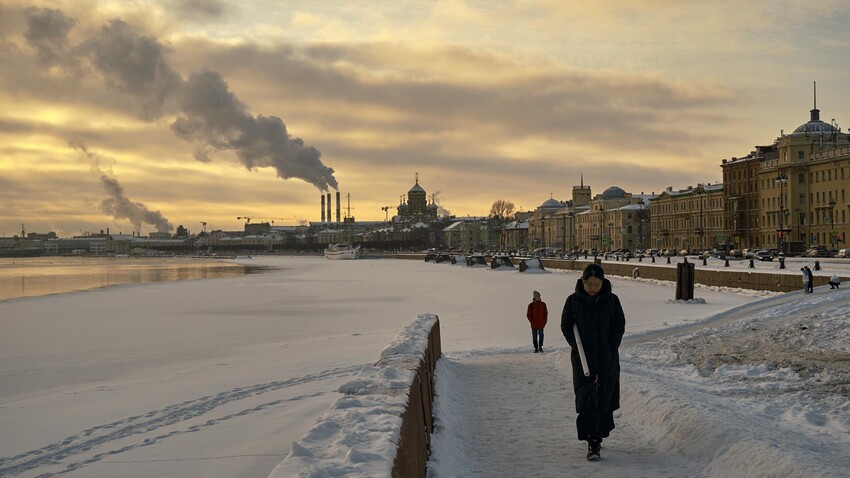 Alexei Danichev/Sputnik
St. Petersburg has no trouble maintaining its romantic image of ‘Venice of the North’ in the summer, especially during the White Nights season. However, in winter, Russia’s northern capital becomes a testing ground for its residents’ resilience… and the strength of their bones!

January 2022 became quite memorable for residents of northwest Russia. This region does not get severe frosts, as in Yakutia, for example, but it can get heavy snowfalls. On Instagram, it all looks like a marvelous winter fairy tale, but, in real life, this weather becomes a difficult trial for local residents. The municipal services cannot keep up with the amount of snow falling from the sky, so residents have to use their own shovels to clear paths for themselves in the snow. 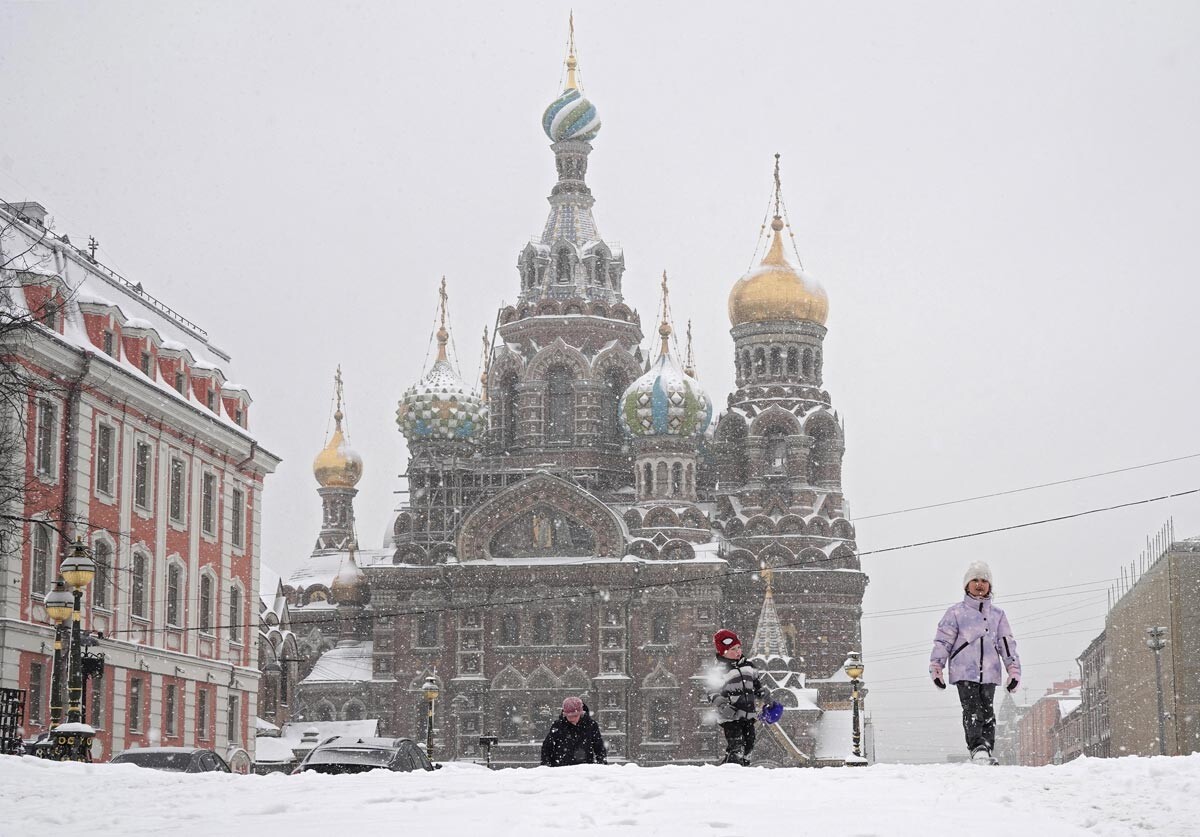 A St. Petersburg resident’s daily journey to work looks more like an obstacle course. If overnight snowfall makes snow in the streets 15-20 centimeters higher, local residents know they will have to make their way through it like pioneers. 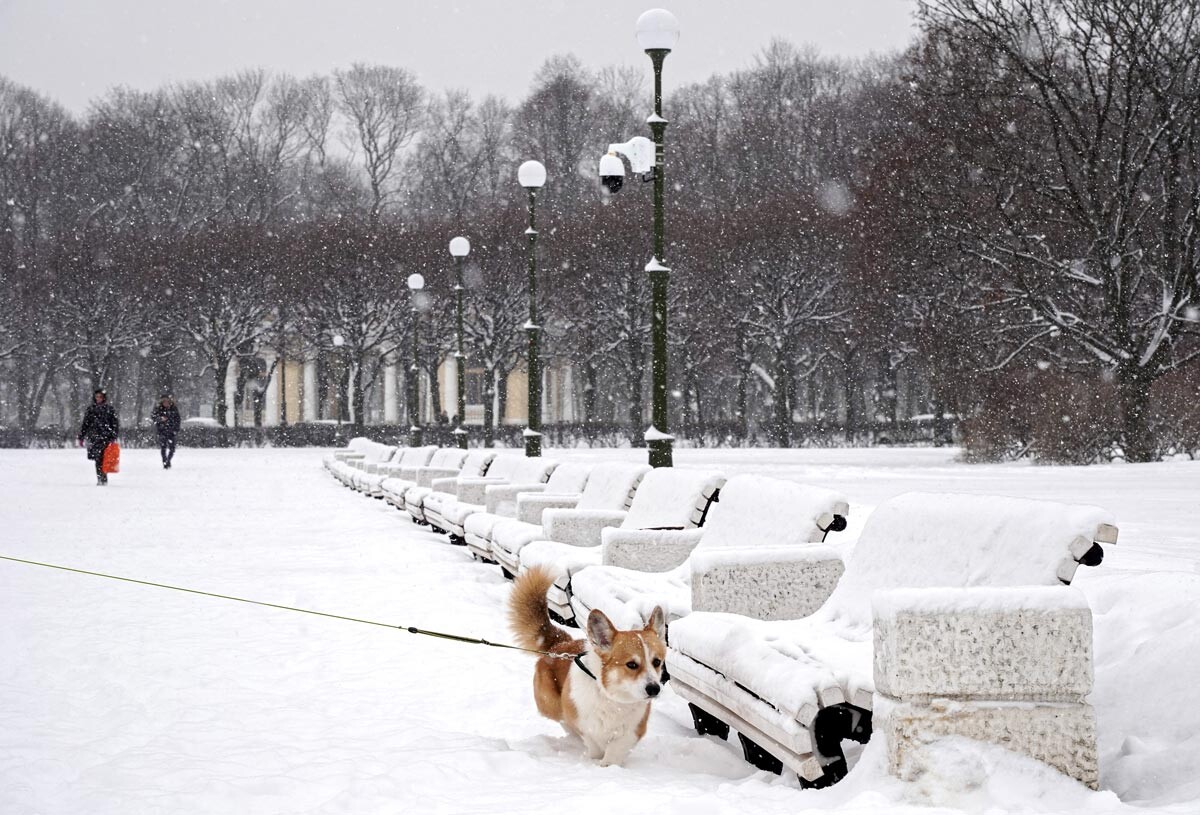 First, they will need to make an ant trail to the nearest metro station or bus stop. Then - if they are lucky enough to work in the former imperial capital’s majestic historical center – they will have to overcome an obstacle course, with icy surface hidden by the snow under their feet and long icicles, similar to stalactites, hanging above their heads. Sometimes these icicles fall. 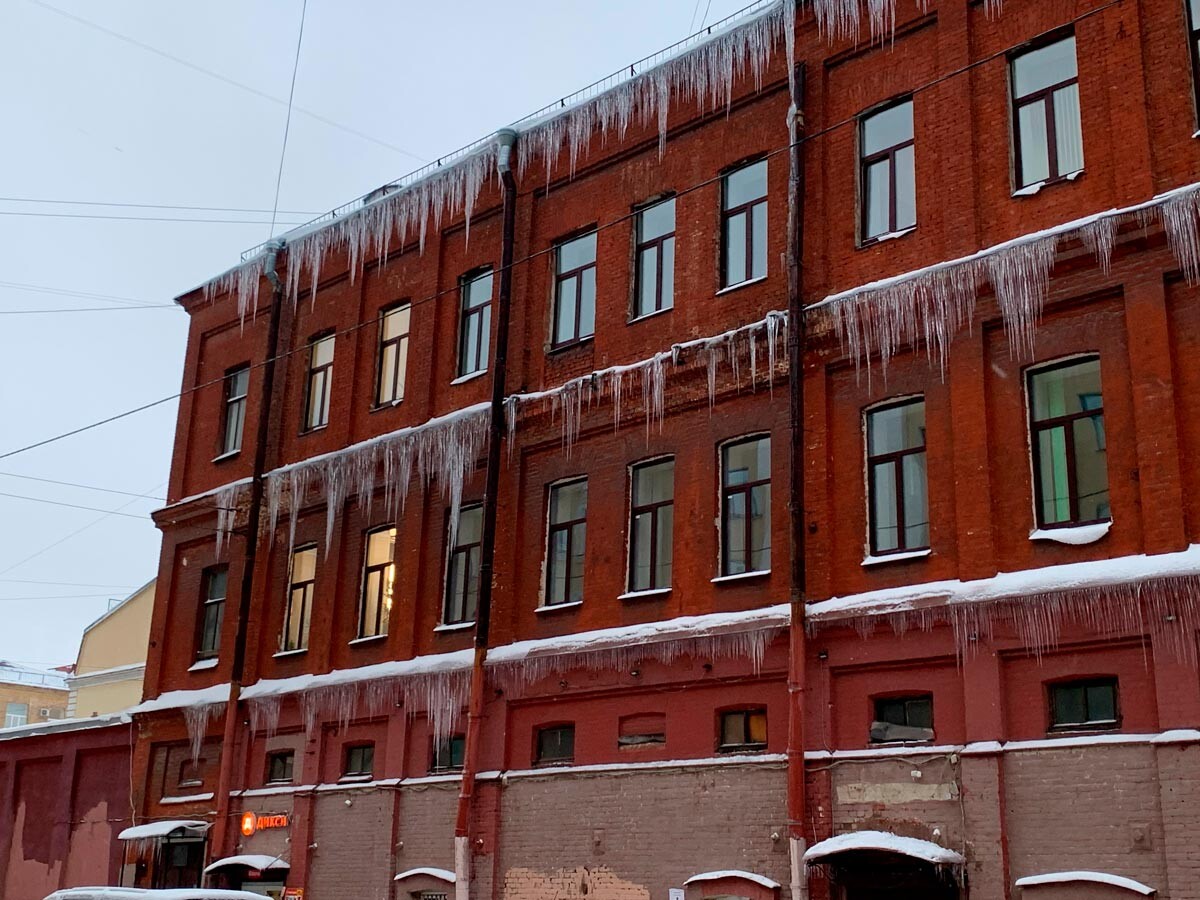 For a motorist, things are not much easier, either: when an army of snowplows is dispatched to clear the city’s streets, this creates long traffic jams all over the city. Parking one’s car on the side of the road or outside one’s apartment block works only for those who have a nice car insurance package (remember those icicles?) or who have time on their hands and a shovel (in order to dig out their car from under a snowdrift that has grown overnight). 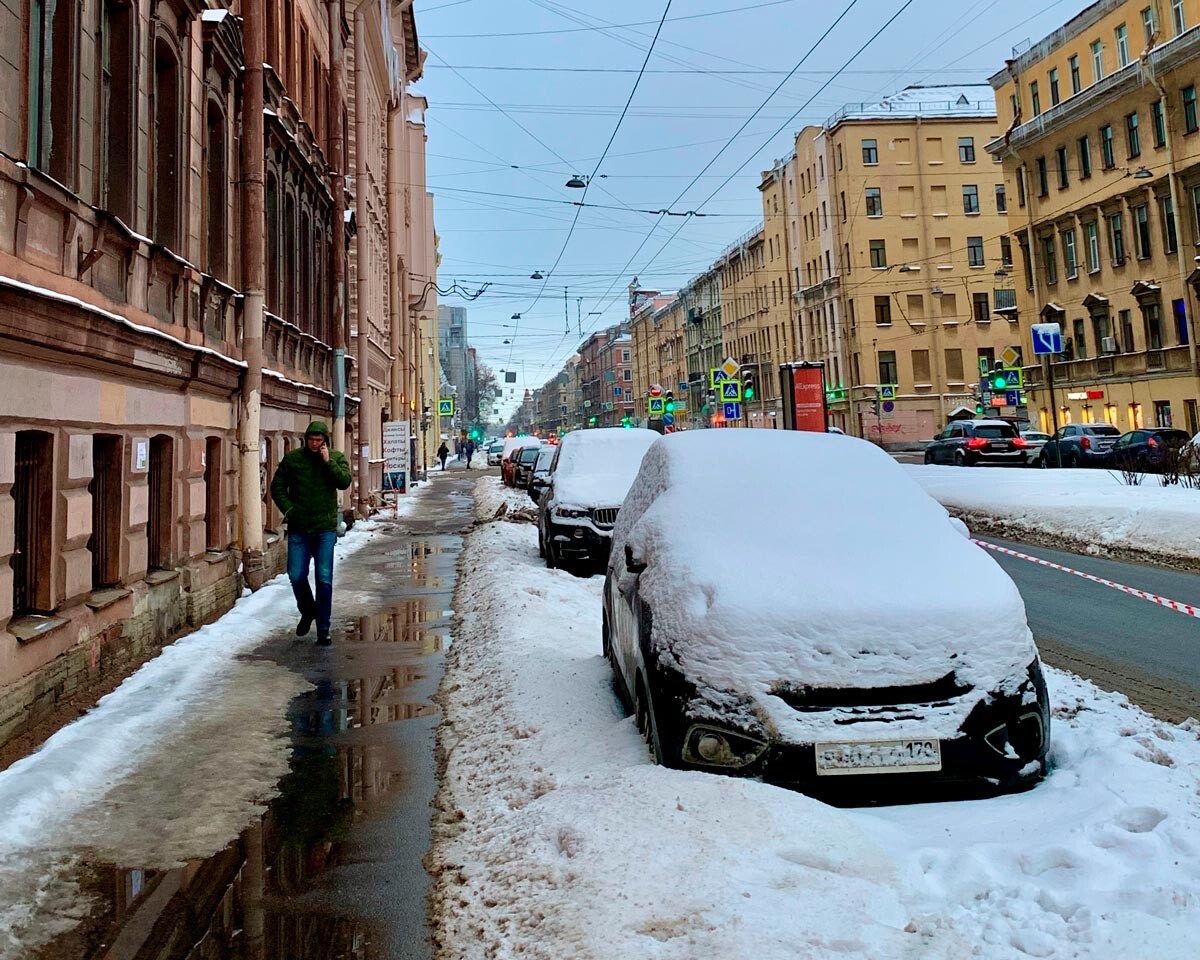 When it gets warmer, this does not change the situation much for the better: instead of skates, St. Petersburg residents put on rubber boots and galoshes to face the gray slush made of melted snow and mud, which fills the streets. 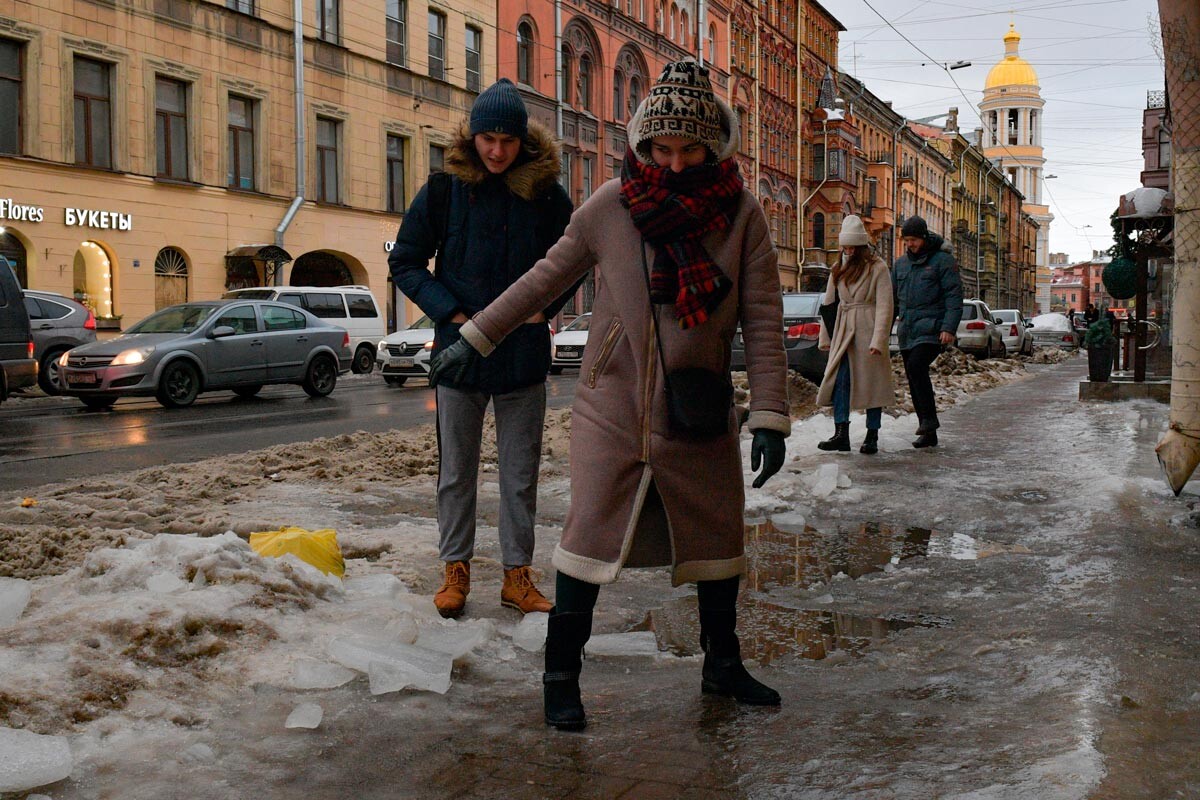 The cause of this year’s weather chaos is the North Atlantic cyclone Nadia that has hit the European part of Russia.

But St. Petersburg residents are known for their resilience. Even people with disabilities are not daunted by the elements.

Here, an elderly woman, who had survived the Siege of Leningrad, is clearing snow outside her apartment block, because she could not get through to her local municipal services provider.

Some brave characters ride their bicycles in the city center and they are not all delivery people. 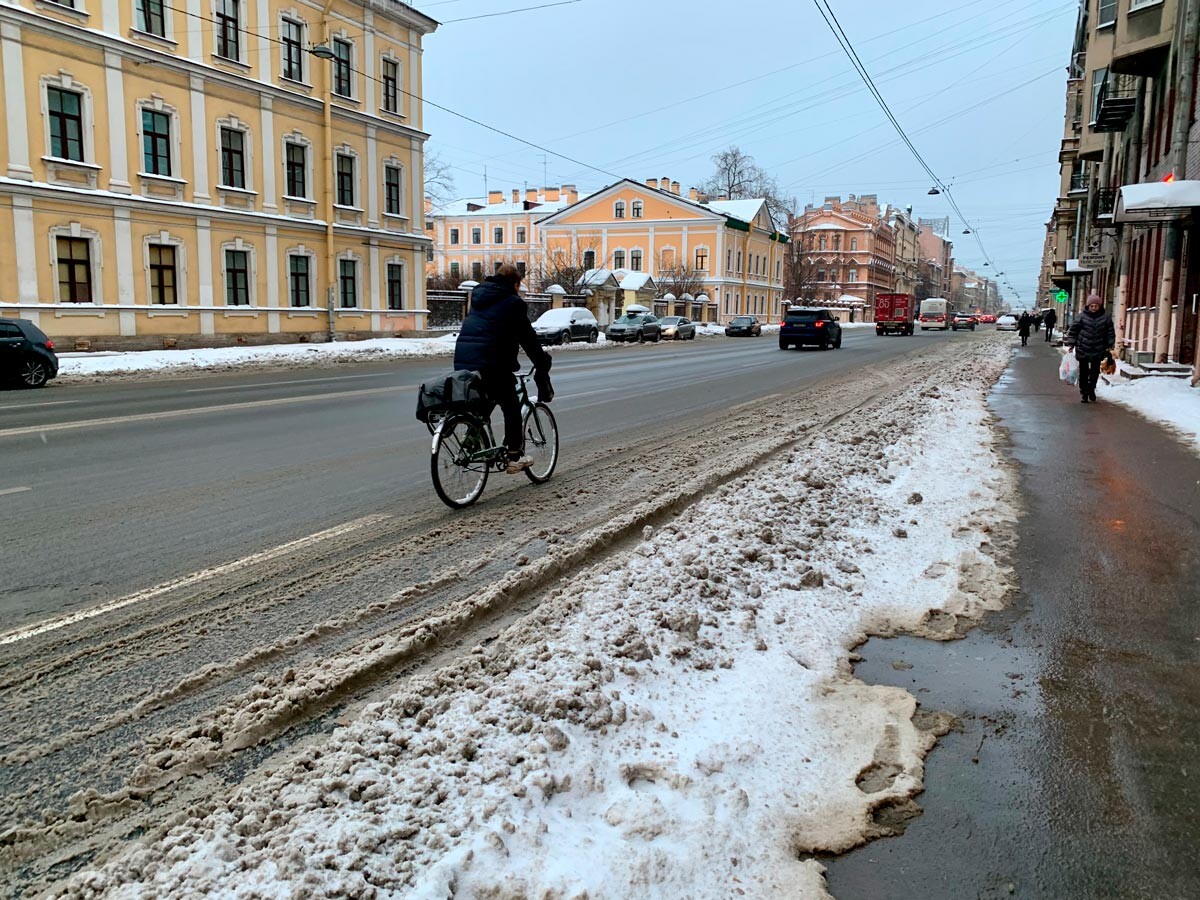 Some people even involve cats in clearing the snow!

While others just sit at home and post last year’s memes.

Some resourceful citizens decorate piles of snow with scathing messages to the city authorities - in the hope that it would prompt the latter to act and that piles of snow will be cleared sooner.

Meanwhile, the city administration reports that on February 1 alone over 42,000 cubic meters of snow were removed from the streets of St. Petersburg, while since the start of the cold season, the figure has reached more than 2.7 million cubic meters. “This is twice as much as for the whole of last winter,” the city administration’s press service reported, emphasizing that every day there are around 1,200 street cleaners and more than 1,000 special vehicles clearing the city’s streets of snow and ice around the clock. 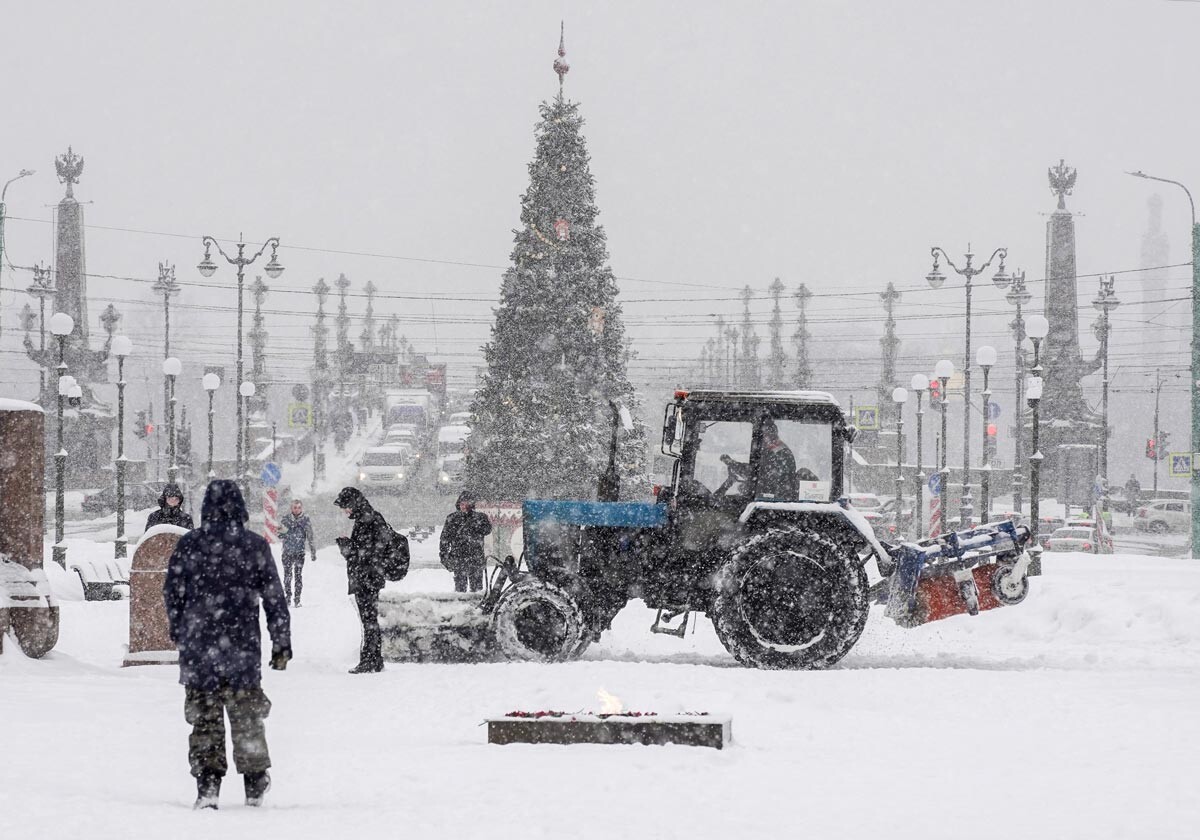 Winter in St. Petersburg is likely to last for two more months: spring in northwest Russia will not be early. Groundhogs Izhorik and Avgustina from the Leningrad Zoo agree. While their counterparts in the U.S. and Canada were celebrating their “professional holiday”, these animals slept through it all.

“According to tradition, if, on February 2, a groundhog emerges from its burrow and, seeing its own shadow, retreats into its den, then spring will come in six weeks. Whereas, if it leaves its den, then spring will come earlier. This year’s winter in St. Petersburg is moderately cold and very snowy. Our groundhogs Izhorik and Avgustina are fast asleep in their shelter and have no intention of waking up,” the Leningrad Zoo said on its social media accounts.