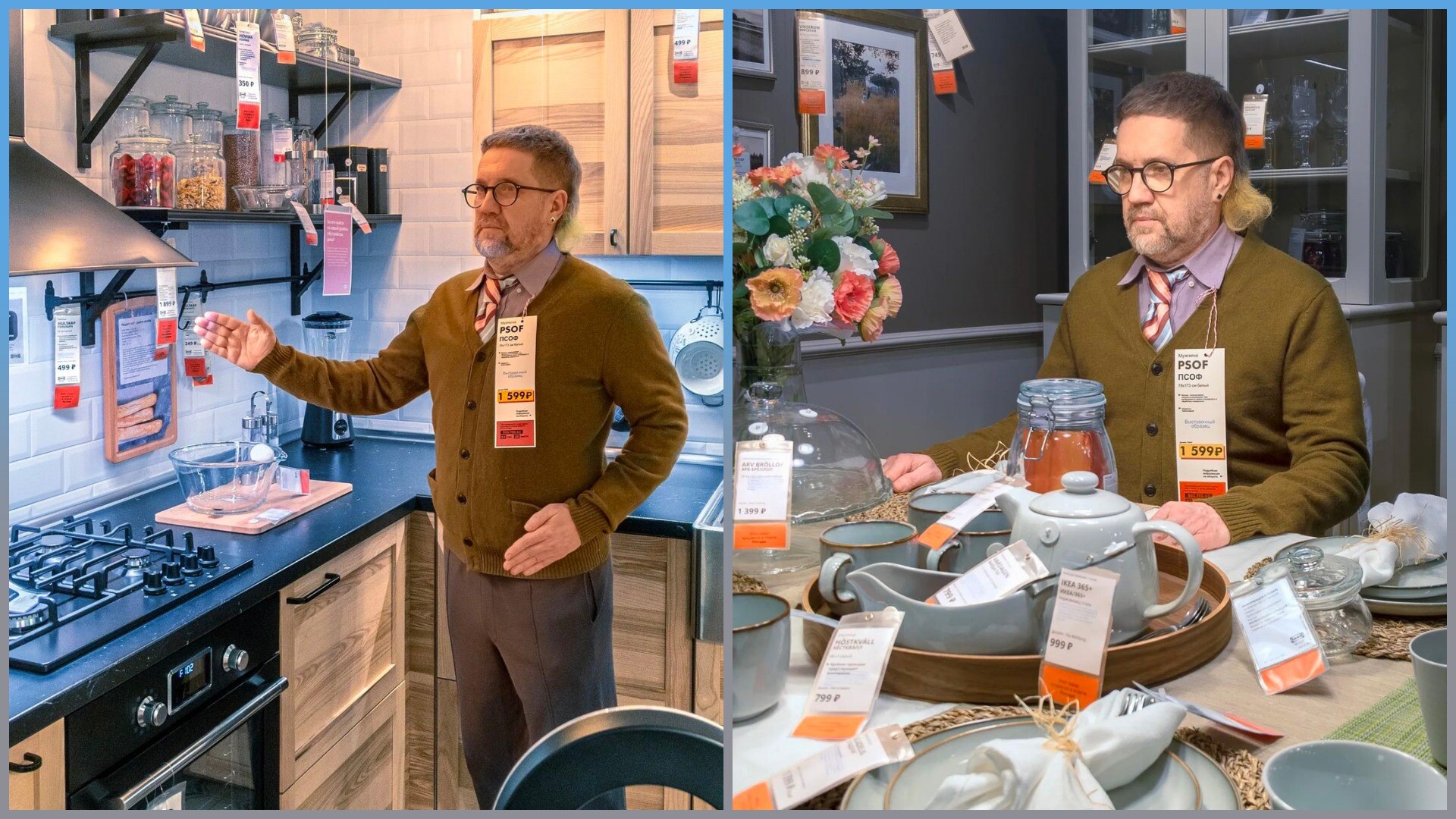 Imagine: you walk into IKEA looking for new napkins, candles and plates and, in the perfect kitchen interiors, you find a man with a price tag - for just 1599 rubles (approx. $21). 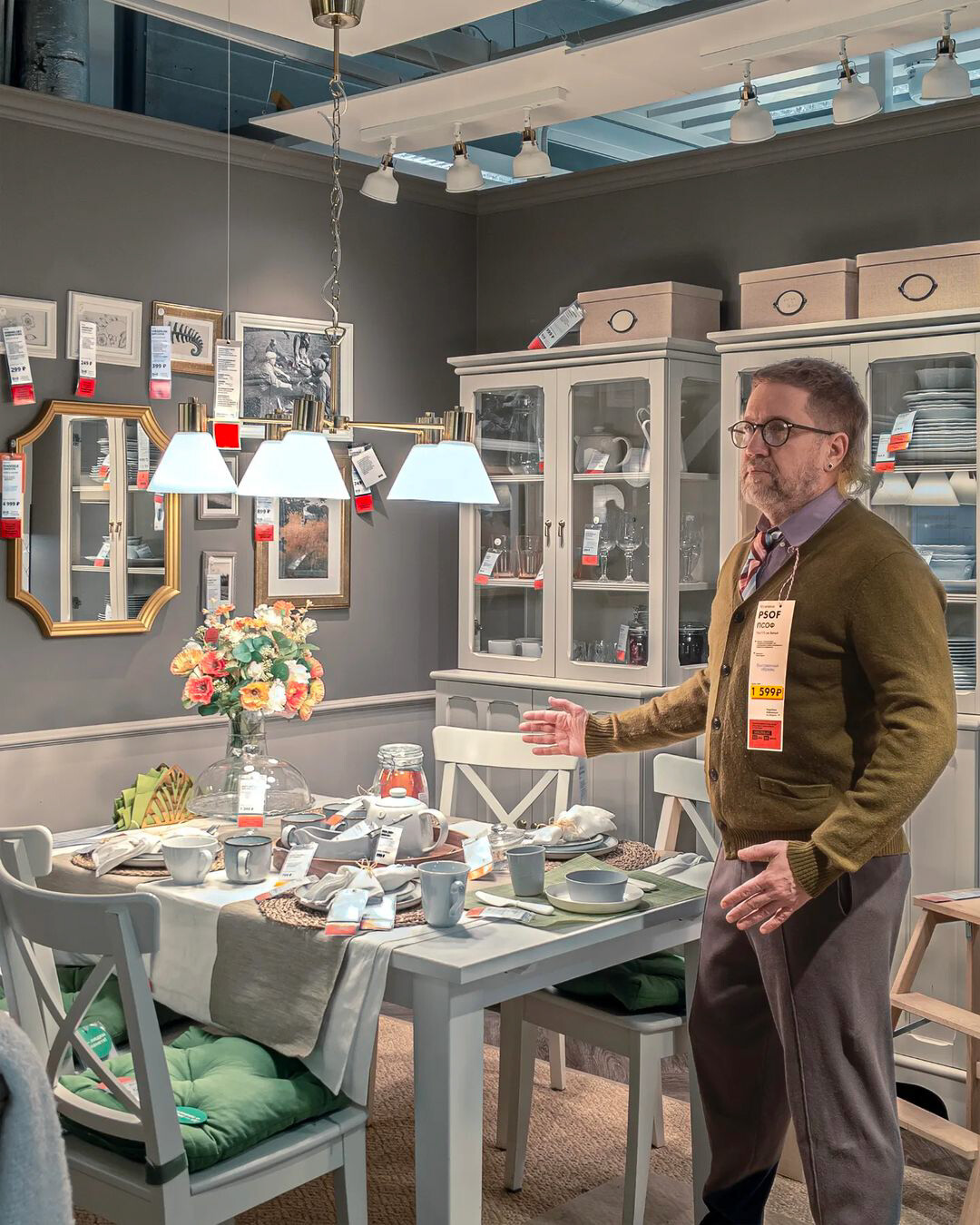 Moscow-based artist ‘Psof’ set up such an action: he went to a store, put a tag on himself and posed with it in the interiors of a Swedish furniture manufacturer, as if he could also be bought.

Next to the price, he wrote: “Psof. Male. White. 78 × 173. Exhibition specimen.” He added on his Instagram account that it was not exchangeable. 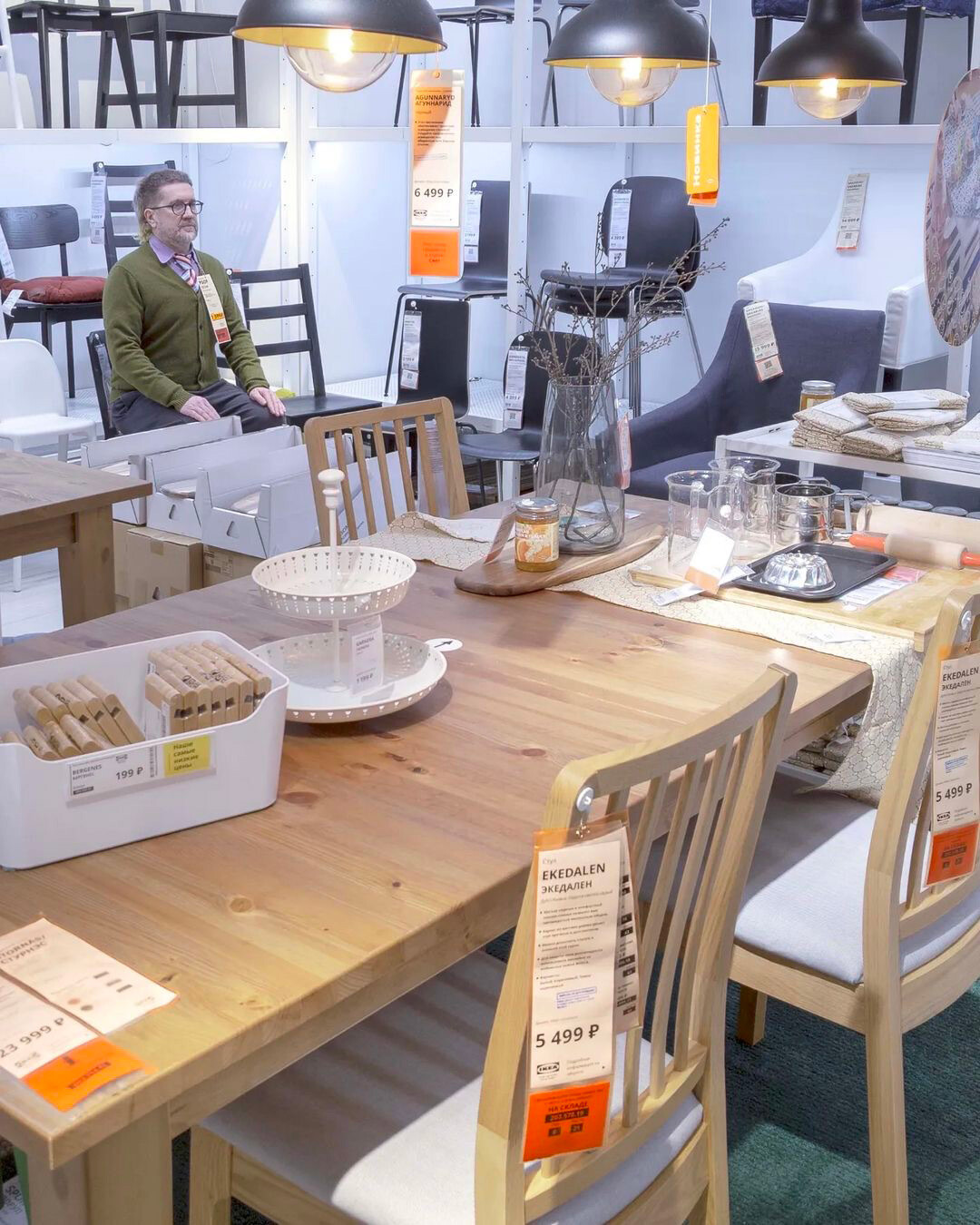 “I was just curious to see what would happen if IKEA was used in other ways. For example, not as a store, but as a museum. Or a person not as a customer, but as part of this exhibition world of furniture,” the artist explains. 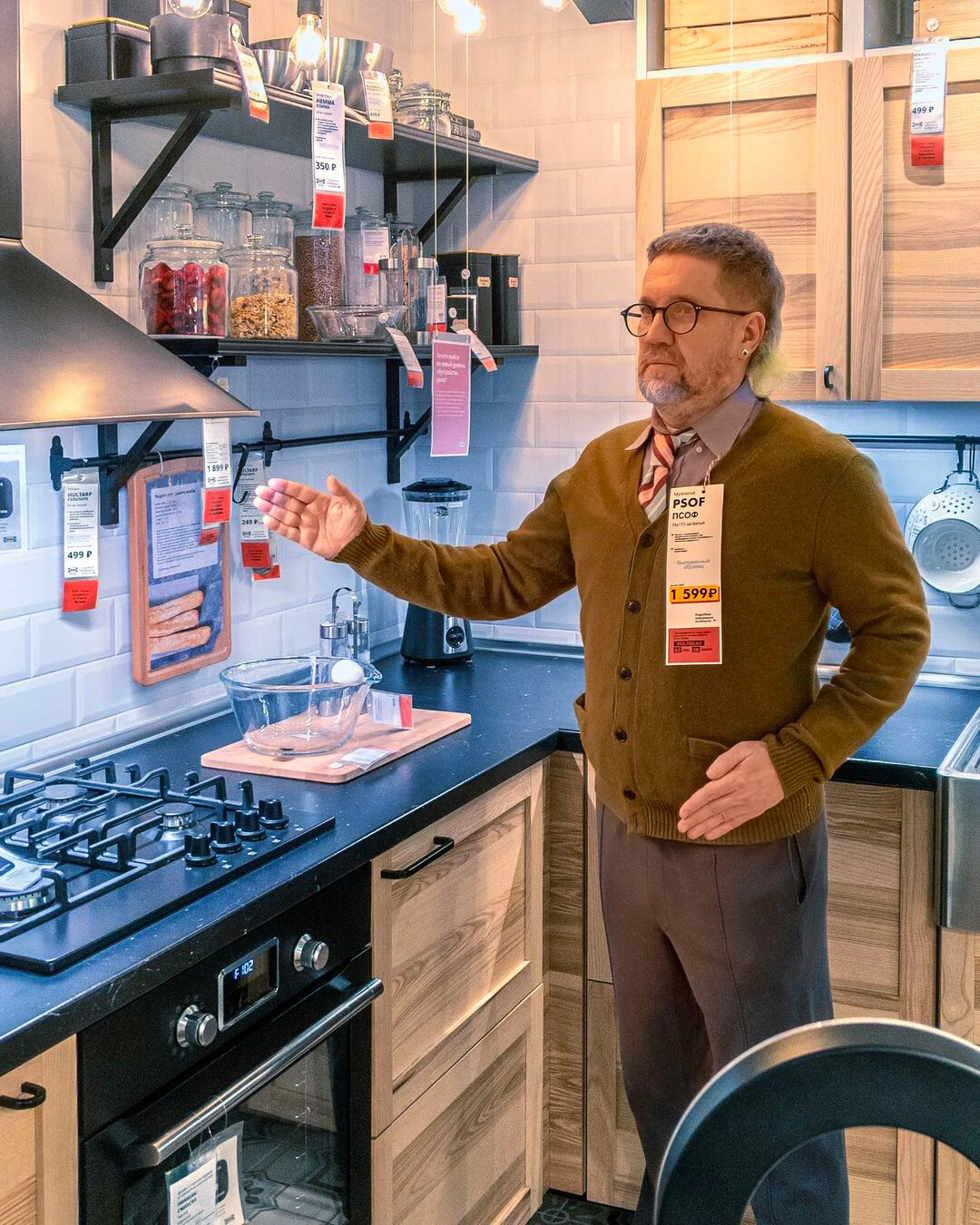 According to the original idea, it was to celebrate the New Year in the store - along with olivier salad and champagne.

“It was supposed to give the impression that the man is very lonely or he mistook the world of IKEA for the real one. But, due to very difficult circumstances, we had to postpone the realization, so in the end we shot it as we shot it,” Psof says. 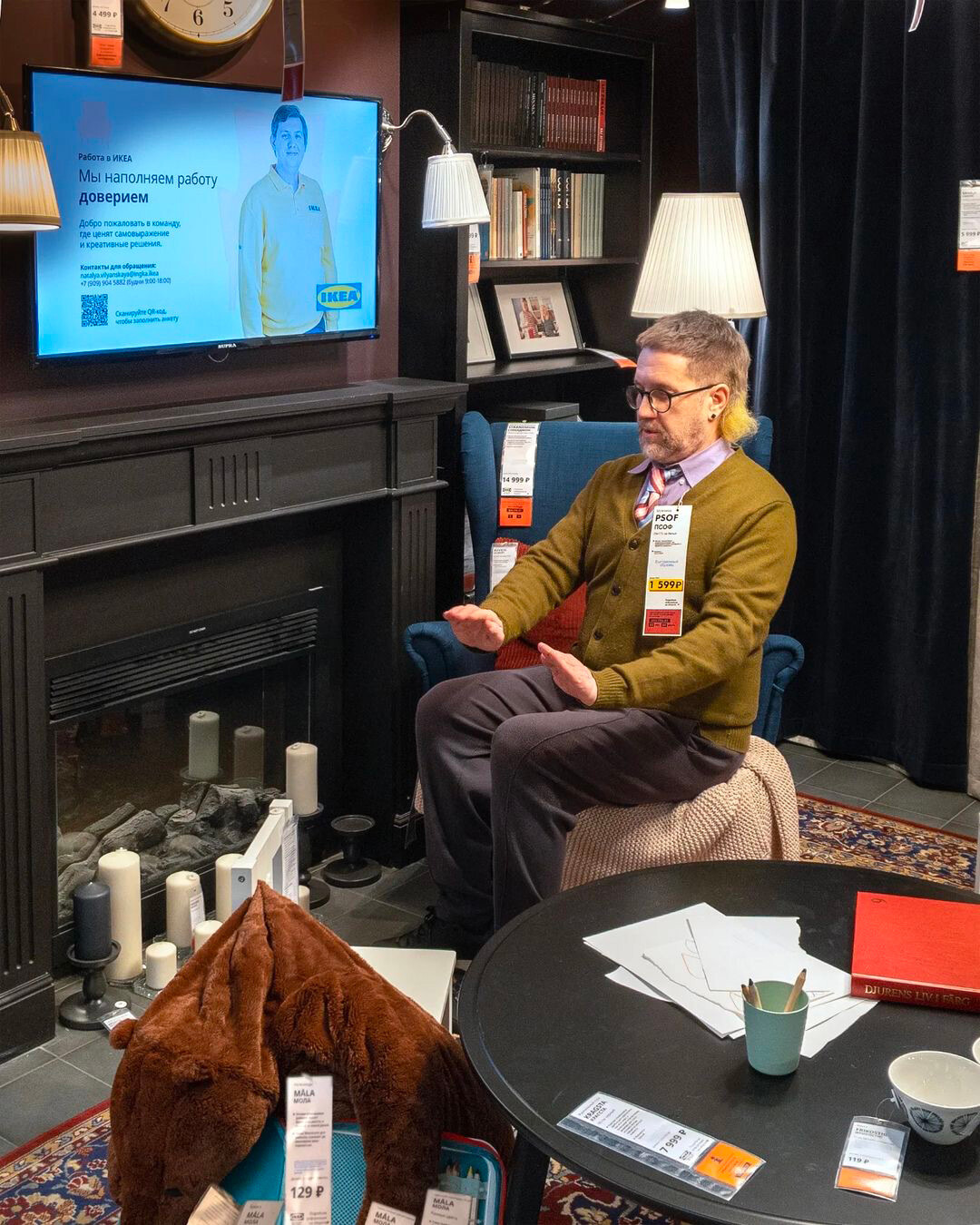 During the shoot, almost no one was paying attention to the artist.

“People at IKEA have very serious things to do, like buy this closet or a bed or a sofa and get on with their lives. But there are some artists running around, they didn’t care about me,” Psof says. 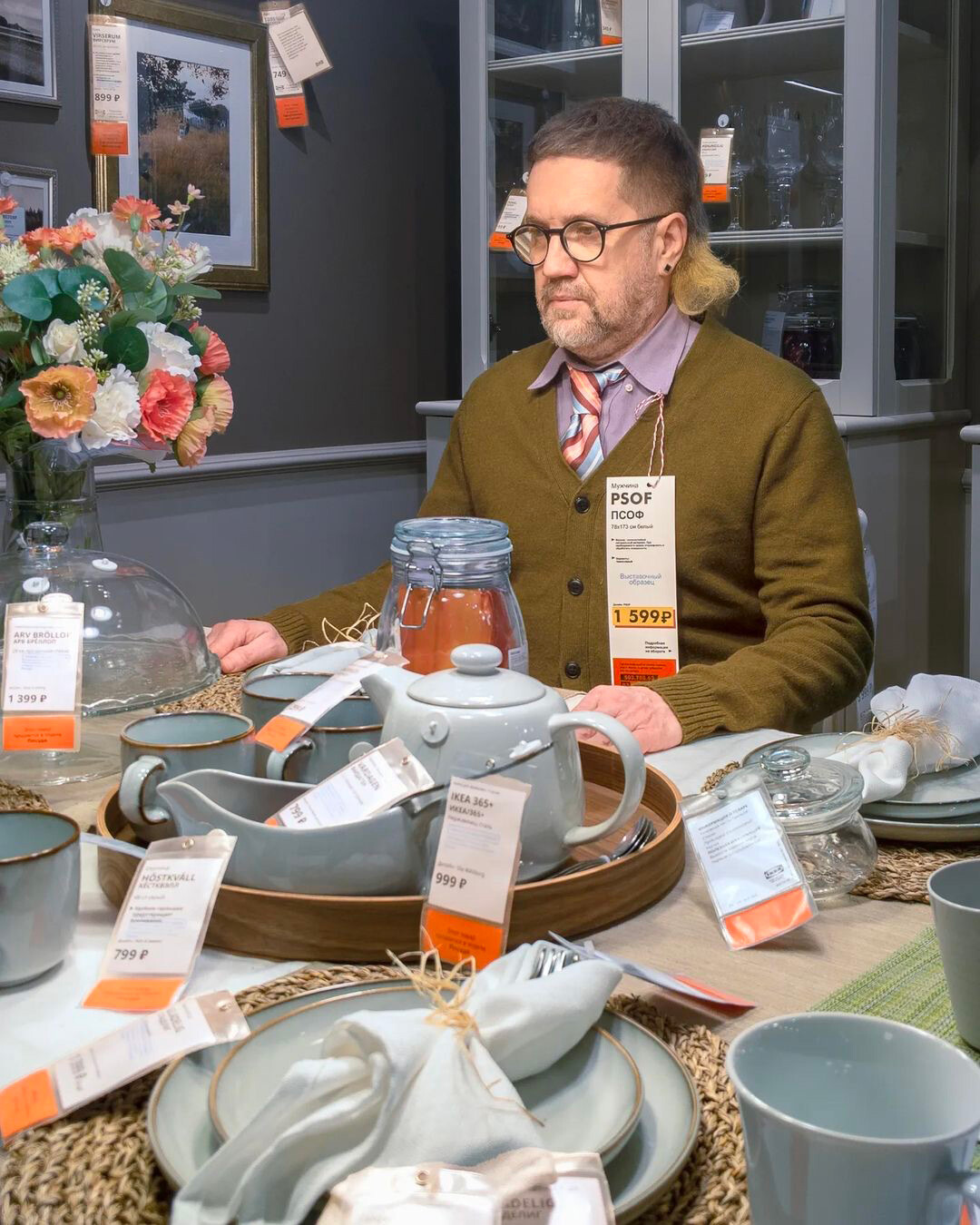 The artist’s action has caused a lively reaction from users of social networks - they began to ask questions and comment on the “goods”, such as, “Are there other colors? Or only white?” “China?” “Will the product be in assembled form?” and “Yay, I’ll finally have a man!”

By the way, this isn’t his first chain-store promotion.

In one video, he walks around the store with a Sims badge, posing as a character from the game.

In another video, he stands in a funny hat outside the store with a cardboard sign that says: “Leaving Ikea without any shopping. Married discounts!”