10 most famous cats on the Russian internet (PHOTOS) 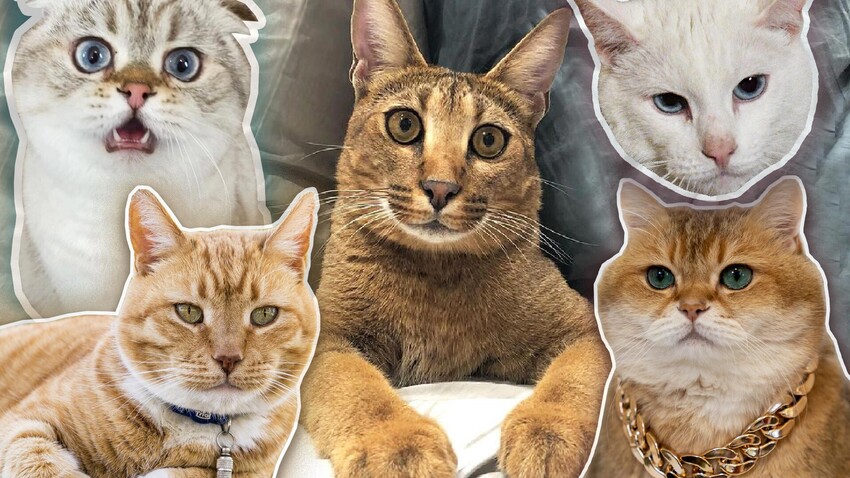 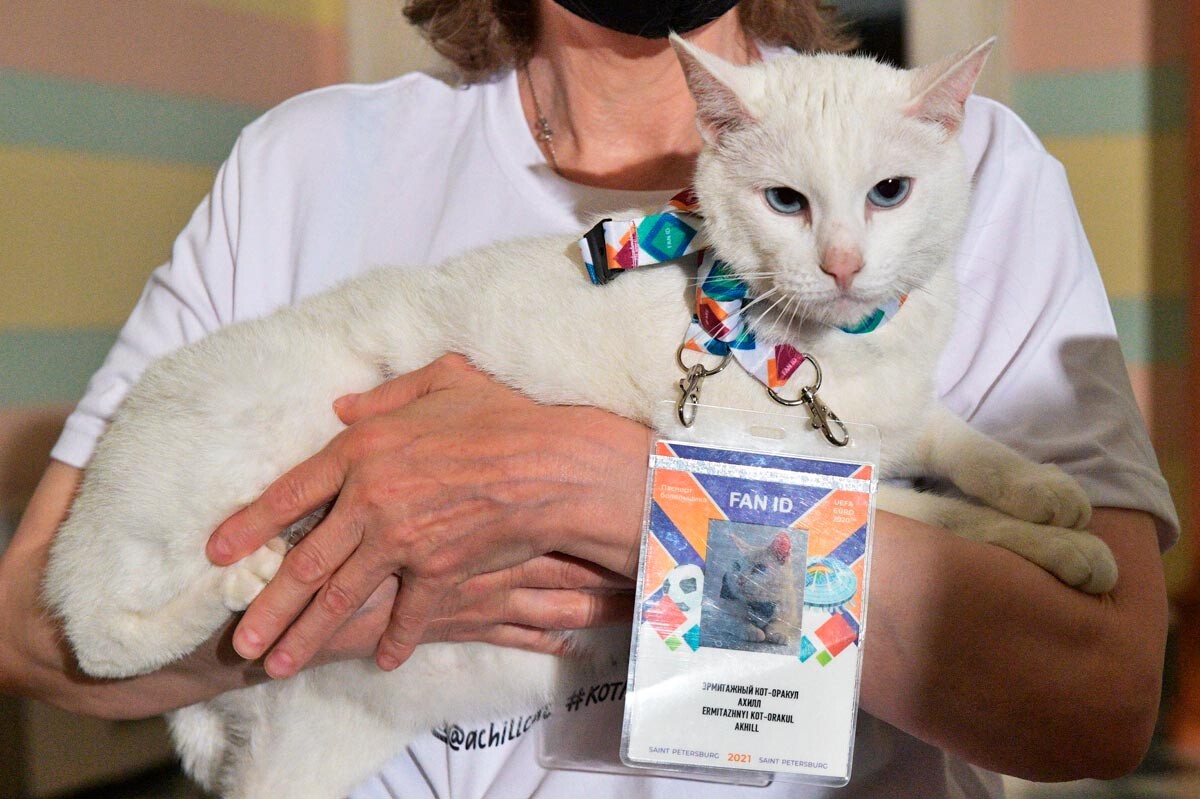 Who will win the football (soccer) match? This snow white cat from St. Petersburg knows everything! Achilles started his career in big sport after predicting the results of the 2017 FIFA Confederation Cup (four of them came true) and immediately went viral! He ended up being cited more than 300,000 times in the news. Achilles then predicted the results of the 2018 FIFA World Cup in Russia - five of them were correct! He guesses which team wins by choosing from bowls with country flags.

Achilles is deaf, which is why he doesn’t stress out at public events. Before Summer 2018, he lived in the Hermitage museum (check out what cats do there) and then he was adopted by the museum’s vet, Anna Vadimova. She was chosen (yes, her, not the cat) from several dozens of human applicants. Now, Achilles also works as a “felino therapist” in nursing homes. As Anna admitted, he is a very kind and careful cat and people always want to feed him - that’s why she even had to put him on a diet once. 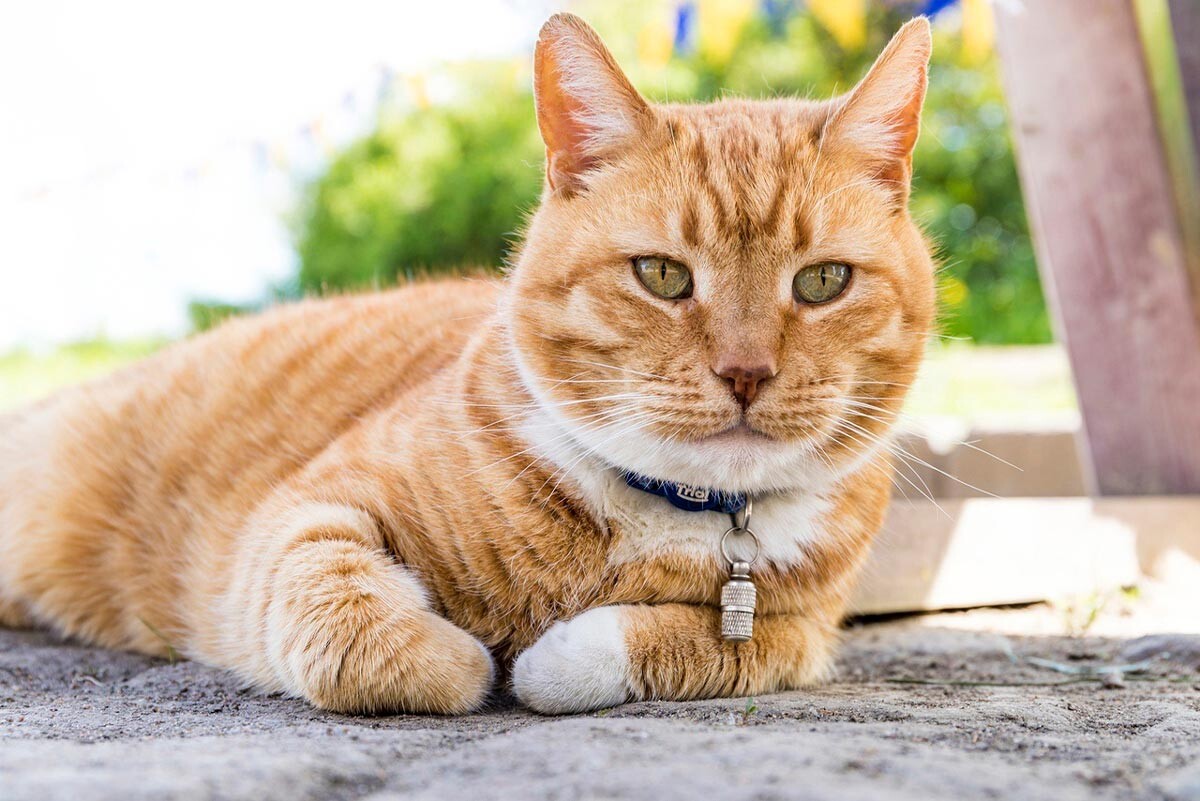 The medieval castle in Vyborg (north of St. Petersburg) is a famous tourist attraction in Russia and a great area for archeologists and historians. And what a surprise - one of the castle’s workers is a ginger cat. According to the museum’s official website, Sir Filimon is its senior ‘meow’ researcher, hired in 2015. Every morning, he walks around the Vyborg Castle inspecting the territory. From time to time, he attends the opening of important exhibitions. As his personal assistant Anna Avdukova says, Sir Filimon chooses only big events. Anna helps him to update his blogs in different social media and to communicate with thousands of followers - not because of his paws, he is too busy with his scientific work! 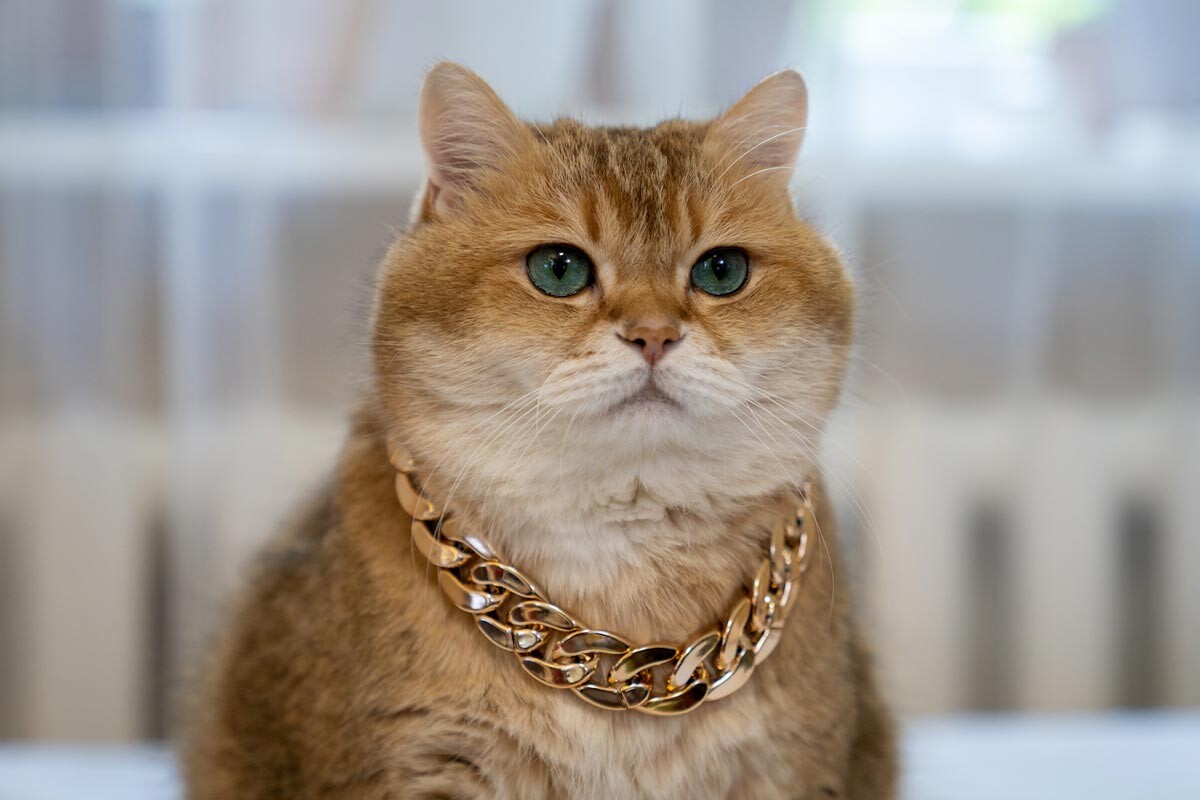 One of the most popular cats in the world is from Russia. His owners, Ksenia and Roman, live in Moscow and film funny videos about the life of this very charismatic Scottish Straight cat. The Japanese name Hosico, which means “star child”, was suggested by their daughter. She also asked her parents to create blogs about their pet. Now, Hosico has around two million followers and many collaborations with pet stores and cat toys. A real star!

4. The most popular Maine Coon Kefir 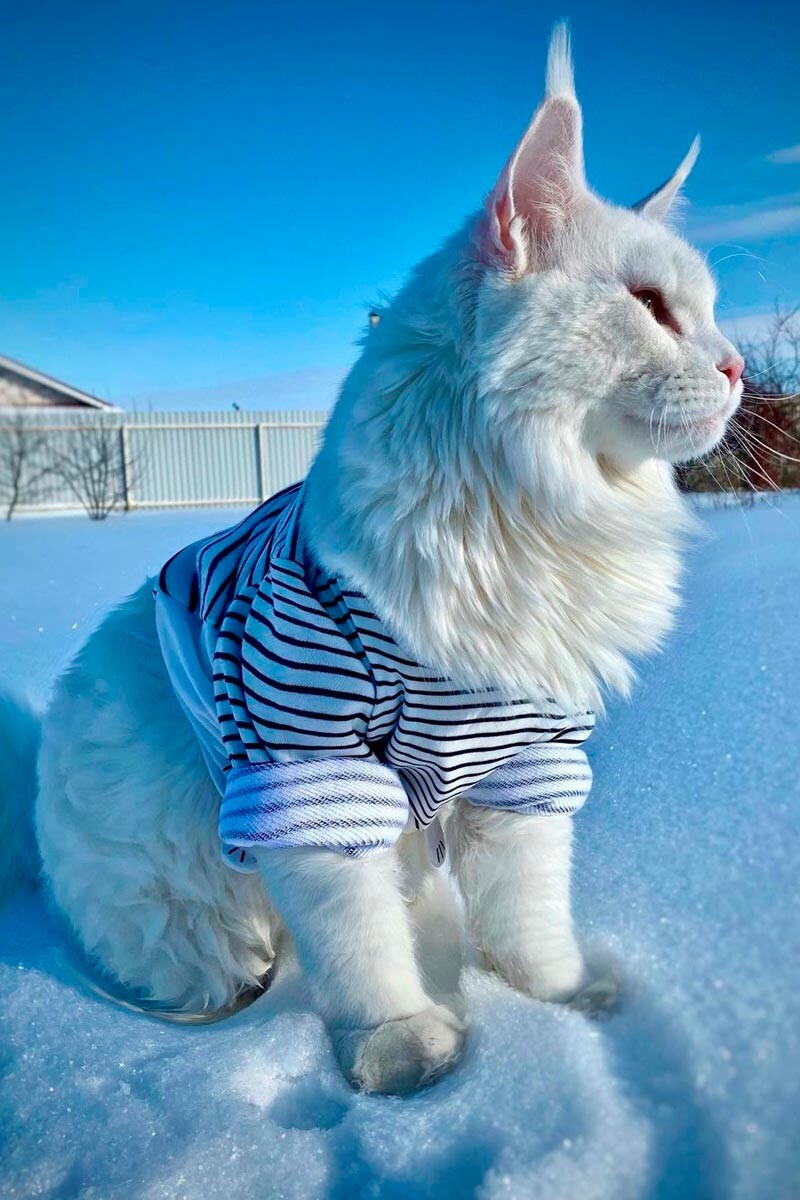 This enormous fluffy cat weighing over 12 kg has won millions of hearts worldwide. Maine Coon Kefir has lived in the town of Stary Oskol (495 km from Moscow) with his family and their two kids since March 2020. Initially, he was very thin, but now, only his childhood photos remind of that. “He’s just like a human. He’s very smart. Even sits with us at the table when we eat dinner, he has his own chair, so he keeps us company,” mom Julia says, adding that he still has a habit of sleeping on her. “When he was a kitten - it was ok. But now, when he suddenly lays down on my chest at night… well, I have to chase him away,” she explains. The cat became popular when Reddit users noticed his blog.

5. Kayt: from a garbage bag to deputy minister 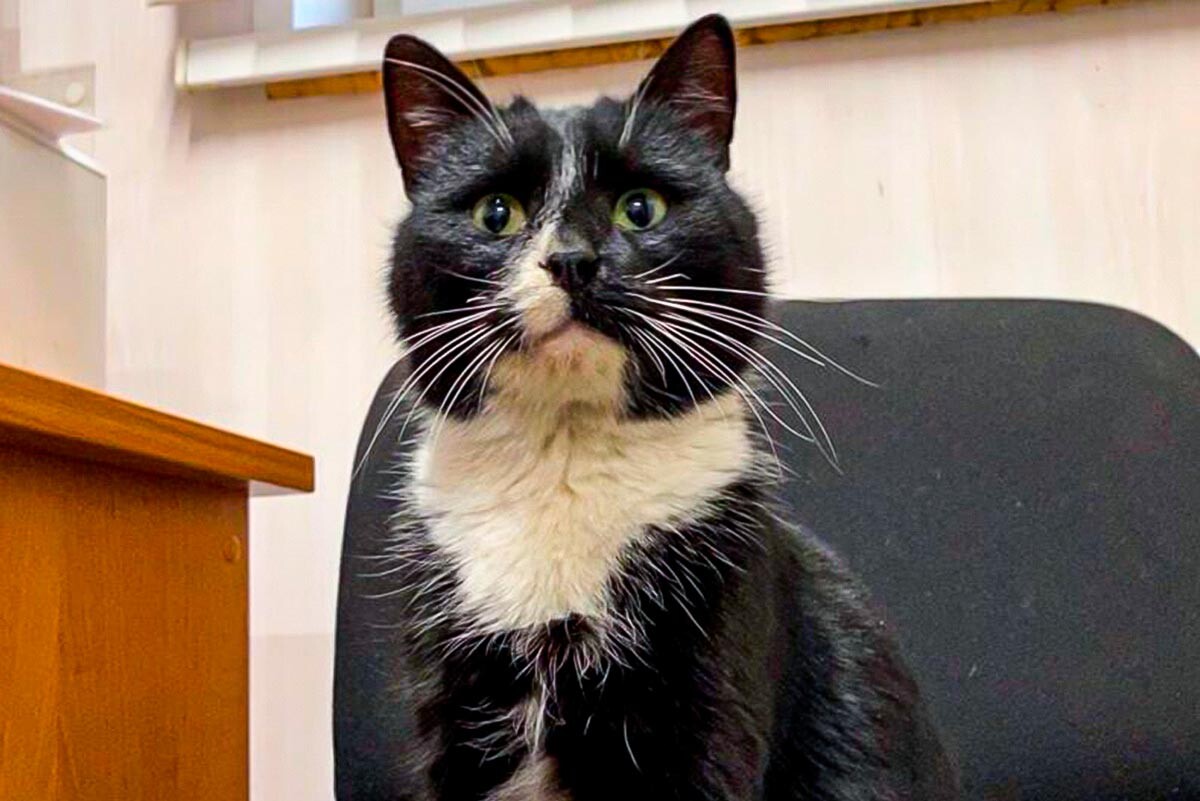 In December 2020, employees of a waste-sorting complex in Ulyanovsk (704 kilometers east of Moscow) were processing the garbage. Suddenly one worker saw a black and white cat in one bag. “I saw eyes looking at me! I was surprised, cut it wider and pulled out the cat. Surprisingly, the cat didn’t meow or even move in the bag,” he said. The cat was domestic and well-fed. This story was followed by local media and soon after, the employees received lots of praise from people, so the Ulyanovsk Region’s Ministry of Nature and Cycle Economy decided to reward the cat savior with a letter of thanks and money gift. It also introduced a “position” in the ministry for the lucky cat!

They named him Kayt and appointed him as the region’s Deputy Minister for the protection of wildlife. The press service also said that the cat spends most of his time in the ministry’s reception area and, most of all, he likes to sleep in a chair.

6. Lelik and his fluffy family

Have you ever watched Big Brother? Could you imagine a kind of such reality show…  with cats? They communicate with each other, argue, fall in love and even fight. Over two million people follow the life of this Scottish cat family: the youngest boy, Lelik, his mother Misa, his uncle Tima and granny Savvi. Ah, and a black Scottish Fold named Leya - she is just a guest in this big house. The owner of this house is a young lady who also sews nice felted toys depicting her pets and sends them to her subscribers.

The caracat is the largest domestic cat whose ancestors are wild caracals. They are very rare, but also incredibly charismatic with a bright appearance. One of them is Ariel, who literally conquered Russian Internet users’ hearts. She has lived in the family of Ksenia and Egor since 2017 in a typical Moscow apartment. For their cat, they installed a three-meter labyrinth toy, so that she would not get bored. She also often walks outside in her harness. They share photos and videos on social networks - and already have half a million fans.

8. The cat Lesha who understands his name

In fact, Lesha (Alexei) is a human name. But this is also the name of this Persian cat, who already has more than one million followers on social networks.

“Once, my mom told me that we needed to clean the house tonight, as a boy was coming to visit us tomorrow,” his owner Anastasia says. “In the morning, she went to work, I was asleep and I heard her  come back early with a white fur ball in her hands. And she said: ‘Meet our boy named Lesha.’” The mother said she knew he was Lesha as soon as she saw him.

Interestingly, the cat only responds to his name - he doesn’t respond to other people’s names. Anastasia conducted a lot of experiments, calling her cat in other ways, but he really is very smart. And he also likes to travel - recently, they spent six days on the Khabarovsk (Far East) - Moscow train. 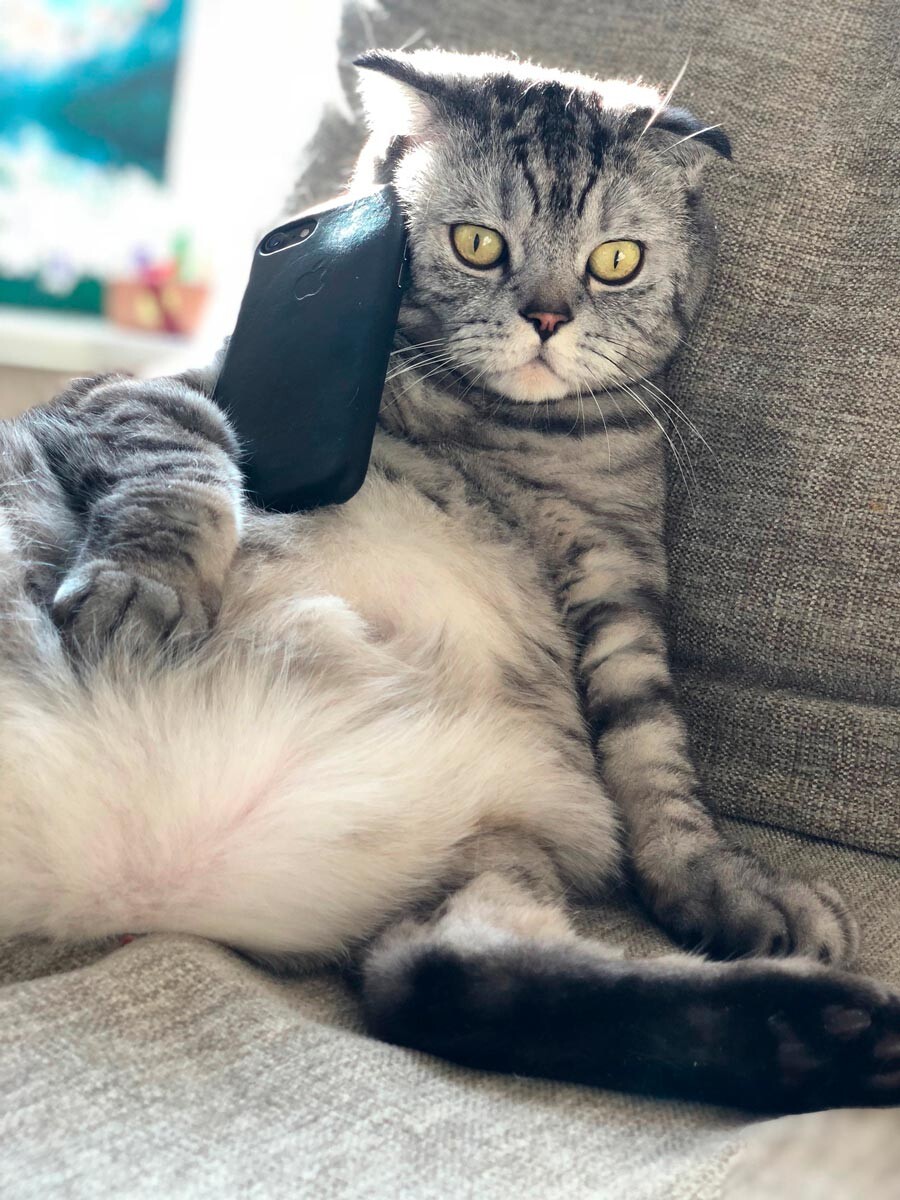 “If you just sit in one place, you won’t achieve anything” - a familiar phrase, isn’t it? Well, Niki the cat dispels it completely. Amazing cat Nicky, who likes to sit like a human, quickly gained popularity - he already has about 200,000 fans. His owner Victoria Virta says that Niki likes to stand on his two hind legs near the couch and sit, so he looks like a human.

He has also starred in many TV shows, while even The Daily Mail, Mirror and Buzzfeed have written about him. 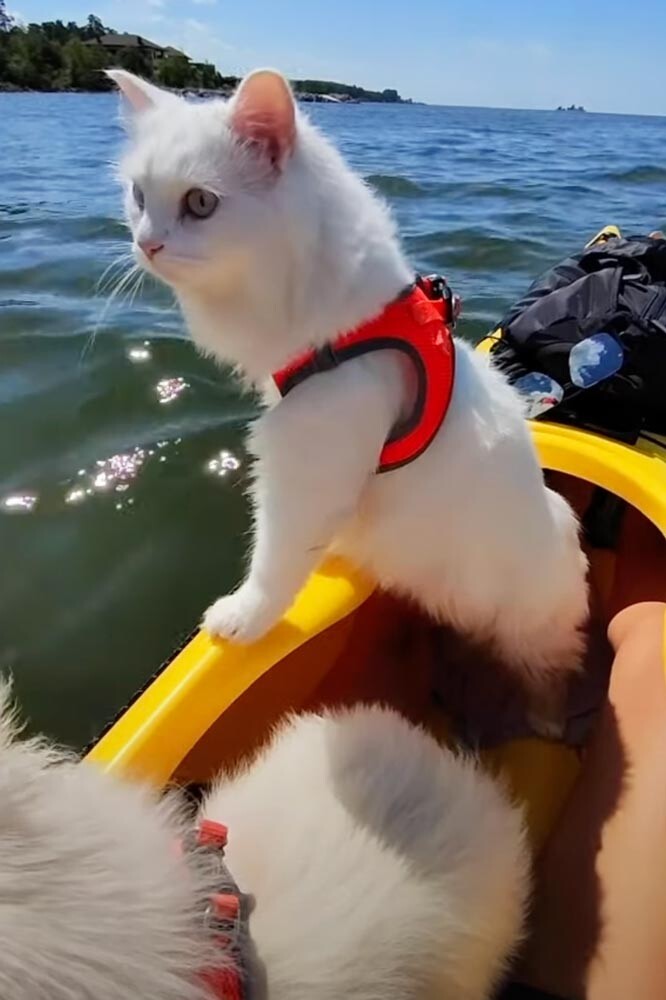 Susha the Cat and Tisha the Dog are best friends who love to travel and do everything together. Their owner Tatyana Burkatskaya says that the cat repeats everything after the dog and she then posts their adventures on social media. Tisha is a Chihuahua, while Susha is a mix of Angora and Turkish Van cat breeds. The cat has white fur and multi-colored eyes - blue and green. When Susha was a kitten, Tatiana used to take him for walks in her neighborhood, where he slept peacefully. Now he is three years old and he goes on nature trips with his family and travels around Russia by car. Their videos are gaining millions of views on social media!