What is life like in remote parts of Russia? (PHOTOS) 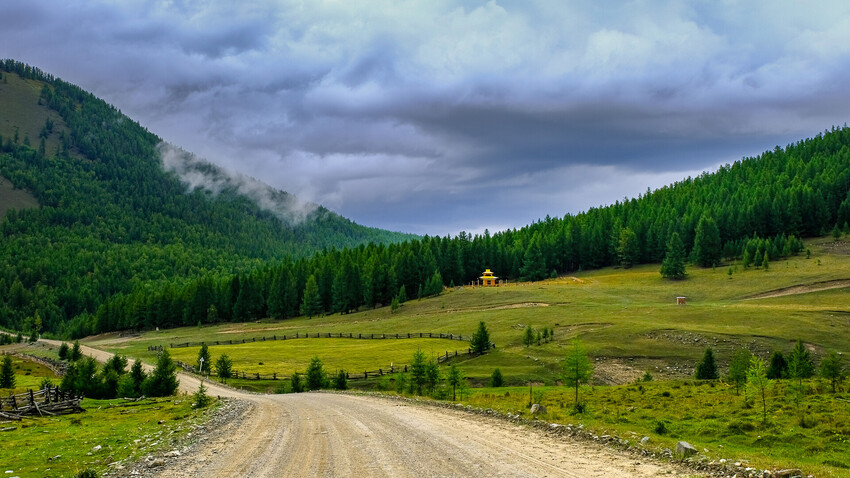 Andrey Enkin
Traveler Andrey Enkin has covered 33,000 kilometers in his pickup truck. He saw Russia as you have probably never seen before.

It was a long-standing dream of Andrey Enkin to cross Russia by car. An experienced traveler who had covered almost 300,000 kilometers before this trip was able to fulfill his dream in 2020, when the Covid outbreak restricted international travel. In his own words, the trip became the before-and-after event of his life. 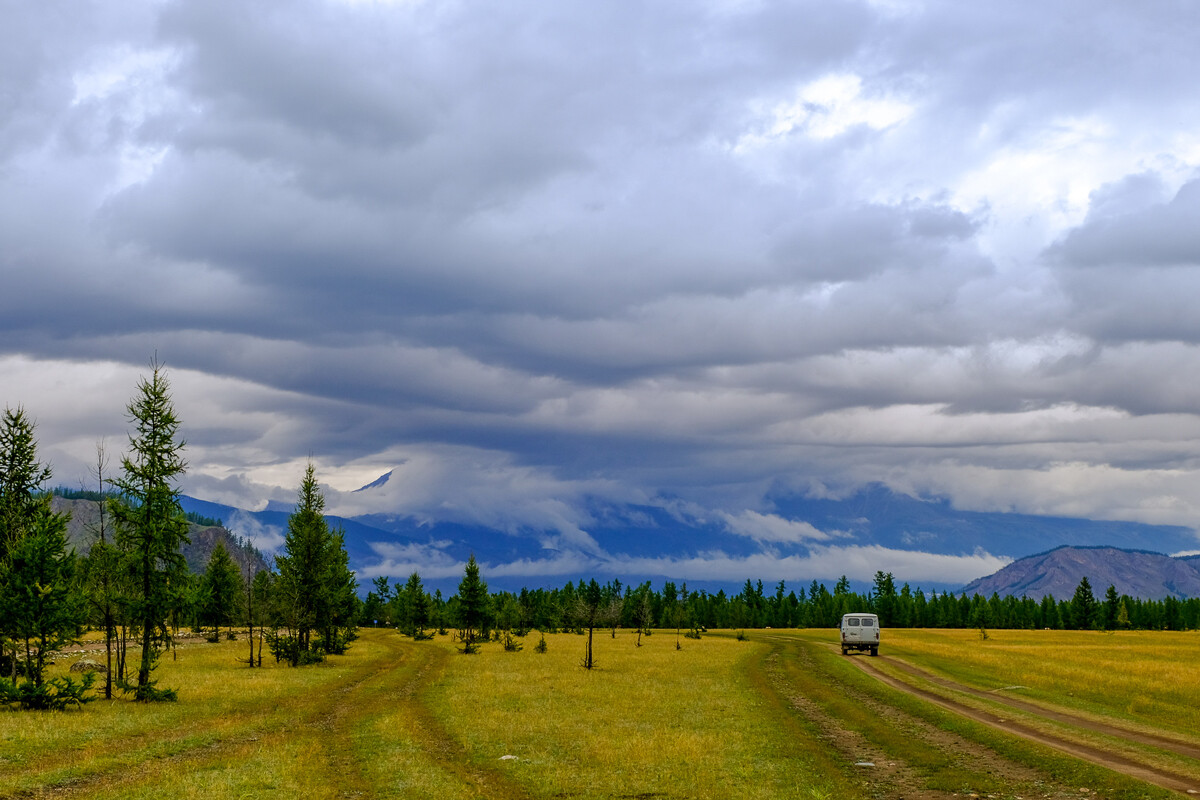 “Only when you have traveled all the way to Magadan can you say that you understand something about Russia,” says Enkin.

For people who only visited the European part of the country – including Moscow and St. Petersburg – discovering the East of Russia can be a revelation. Mostly, because people and the way they live differ a lot. 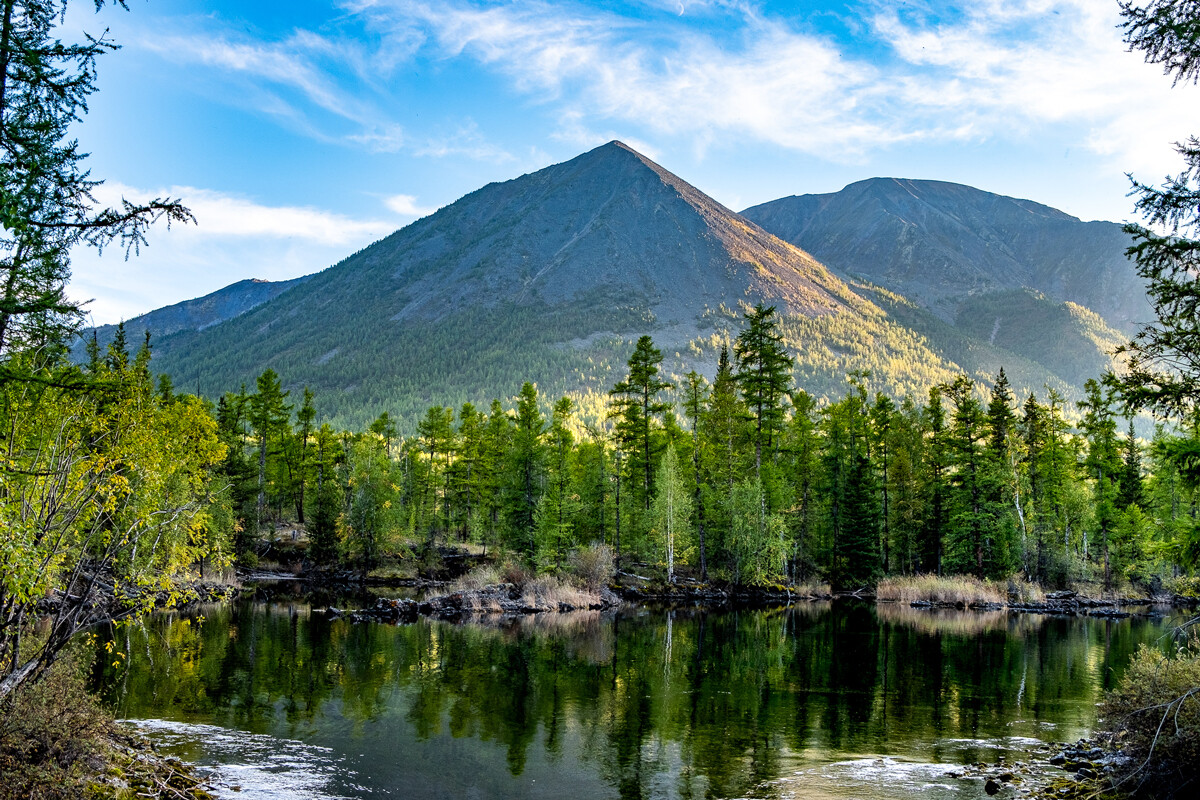 Their lifestyle is conditioned by long distances. According to Enkin, this impacts virtually every aspect of their lives.

“There, time flows differently. In the remote parts of the country, it takes weeks, not days, to buy something and have it delivered. Everyone adjusts everyday life to these huge distances. It’s hard to measure something there in hours and days. Everything is measured in big units of time,” says Enkin. 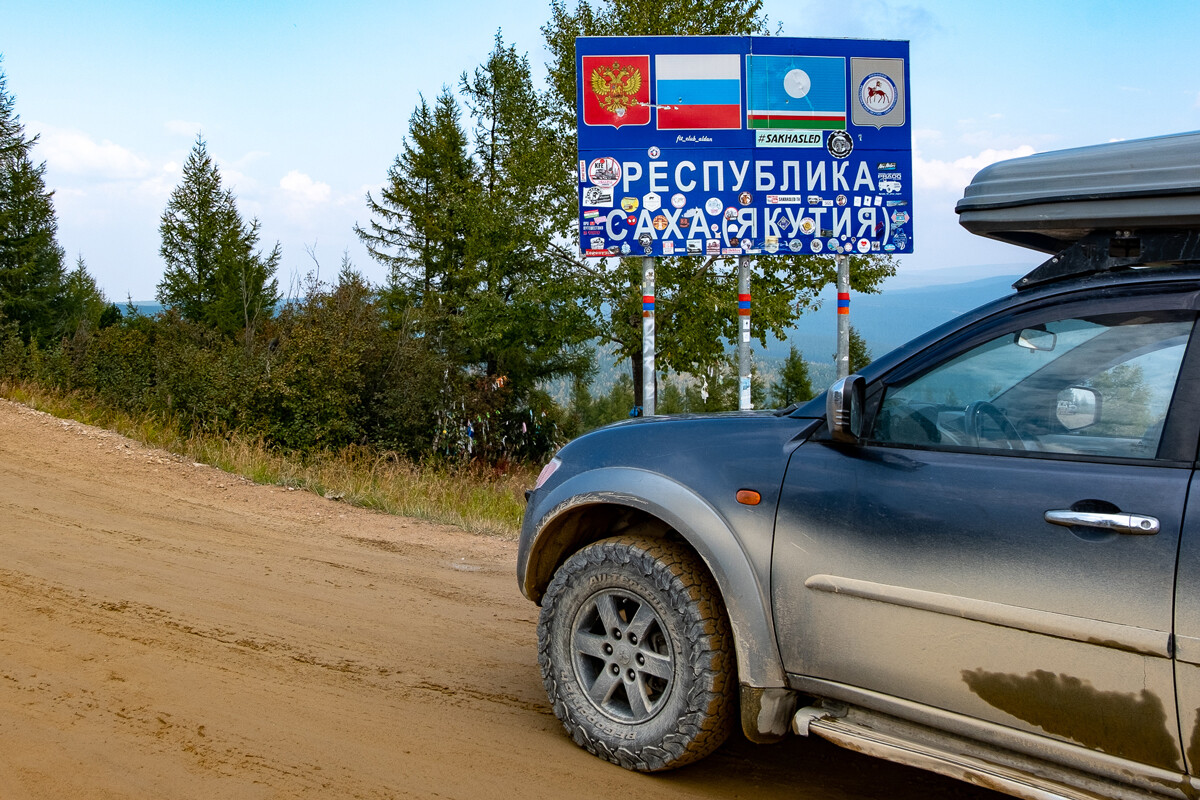 “They have a more sedentary lifestyle. For example, we arrange to have a car fixed. They promise to fix it today. They don’t do it, because something happens and they promise to do it tomorrow. Unlike in Moscow, no one gets the feeling that someone is running out of time, someone is slowing down the process.” 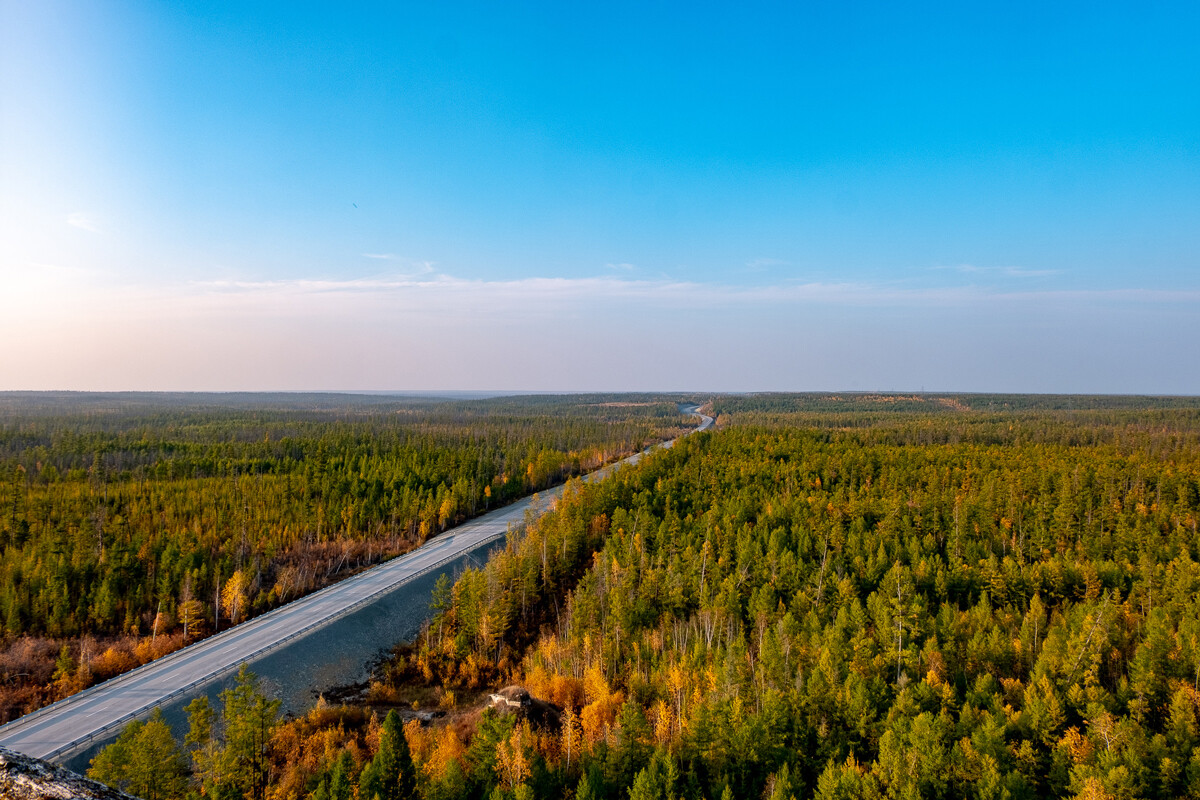 According to Enkin, who covered 30,000 kilometers from St. Petersburg to Magadan in four and a half months, people living in remote parts of Russia tend to think of themselves as standing aside from the rest of the country. 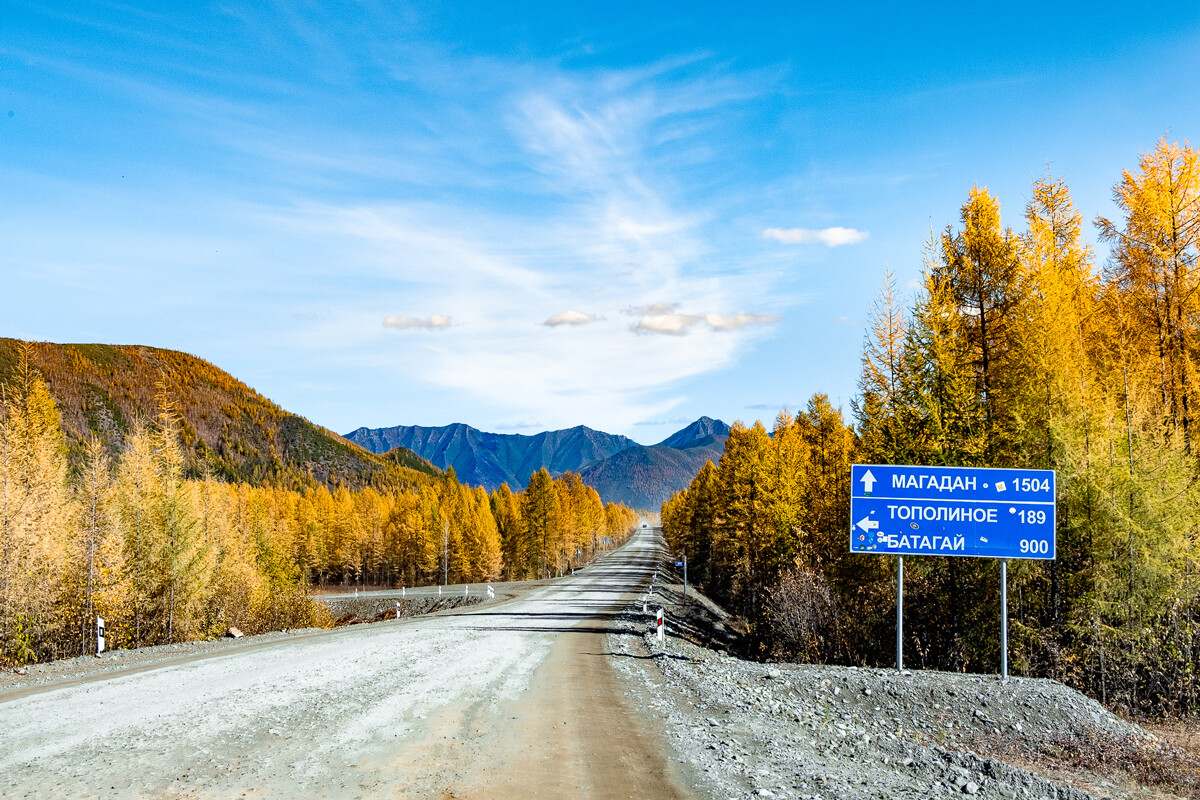 “When they speak about Moscow, they say that it’s in Russia. When they speak of themselves, they emphasize the fact that they are on their own, somewhat separated [from the rest of the country],” says the traveler. 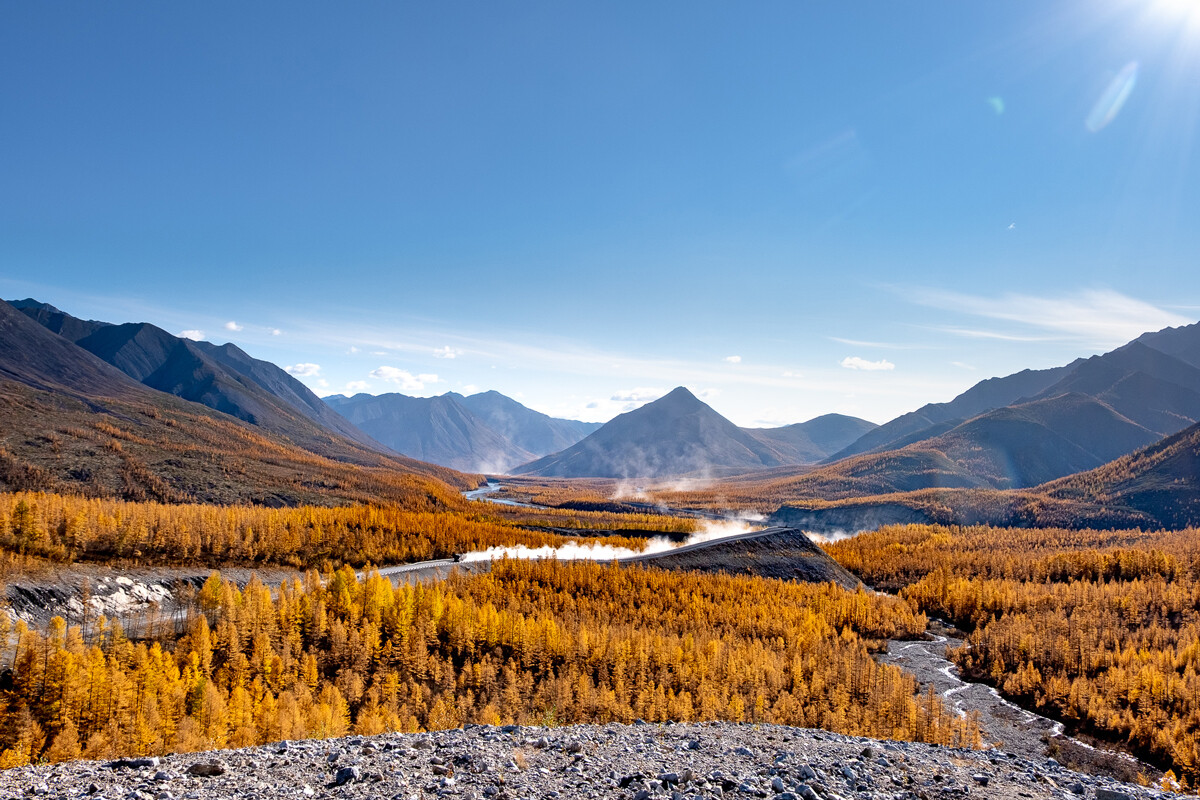 Long distances and separation from big cities impact prices and quality of services. 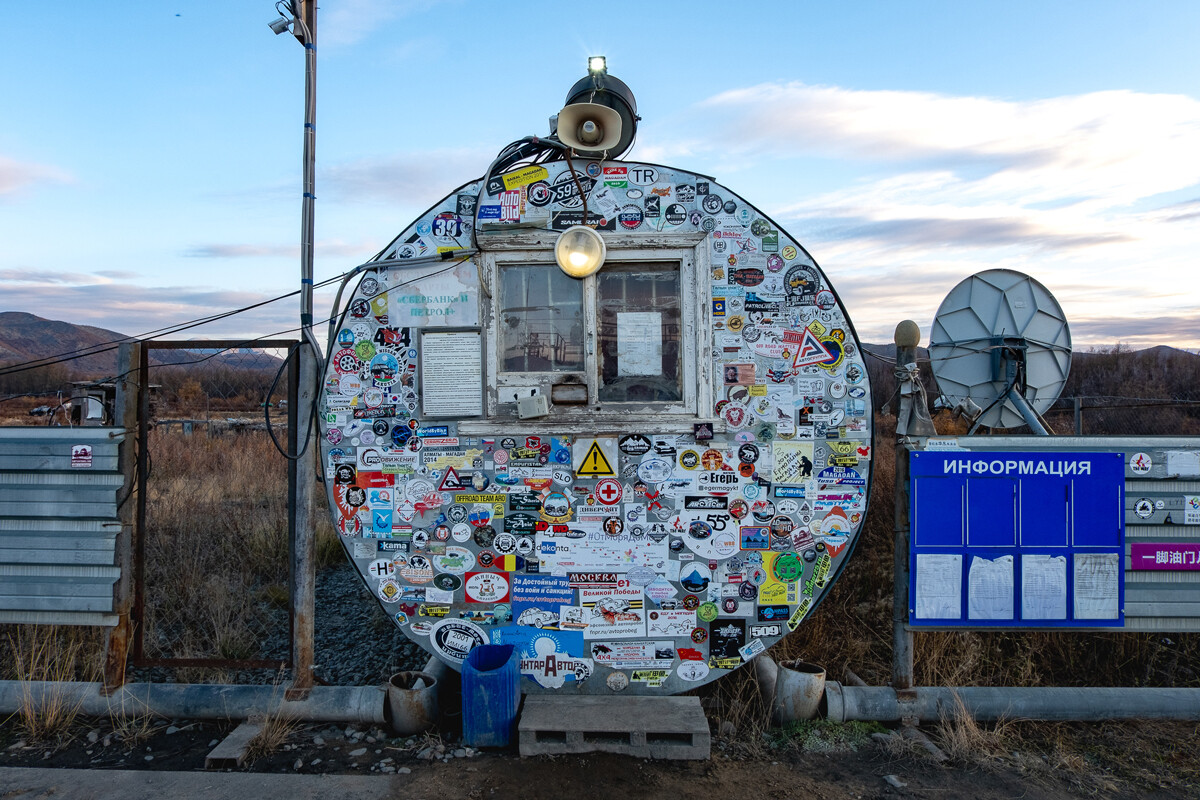 “It’s nonexistent. Imagine that there is some gas station or cafe on the road, the only one for the next 150-200 kilometers at best. There is no alternative. For people working there, it’s not just an idle job, they’re doing something important. It turns out that everything depends on the individual. As a result, service there is not about processes and standards, it’s about hospitality,” says Enkin. 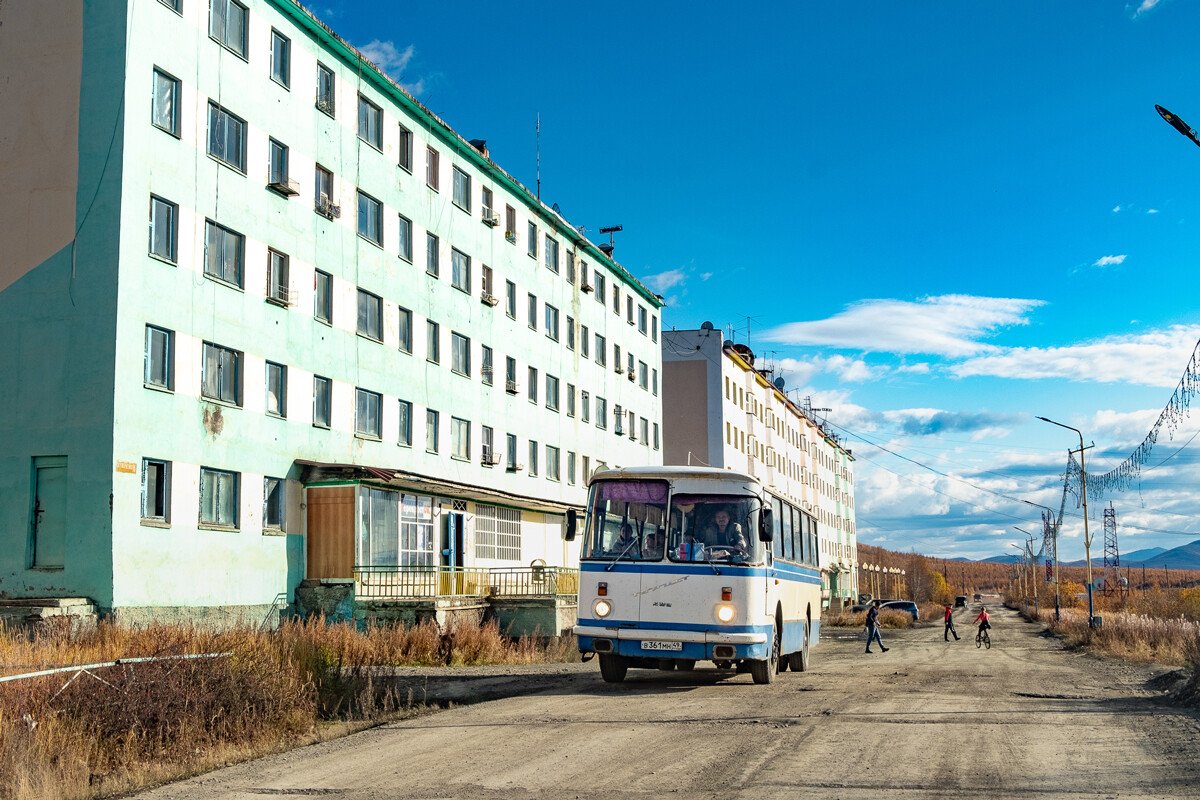 Somewhat surprisingly, prices for basic services can be twice or three times higher than in Moscow. The traveler explained this by remoteness and expensive logistics, as well as lack of competition. 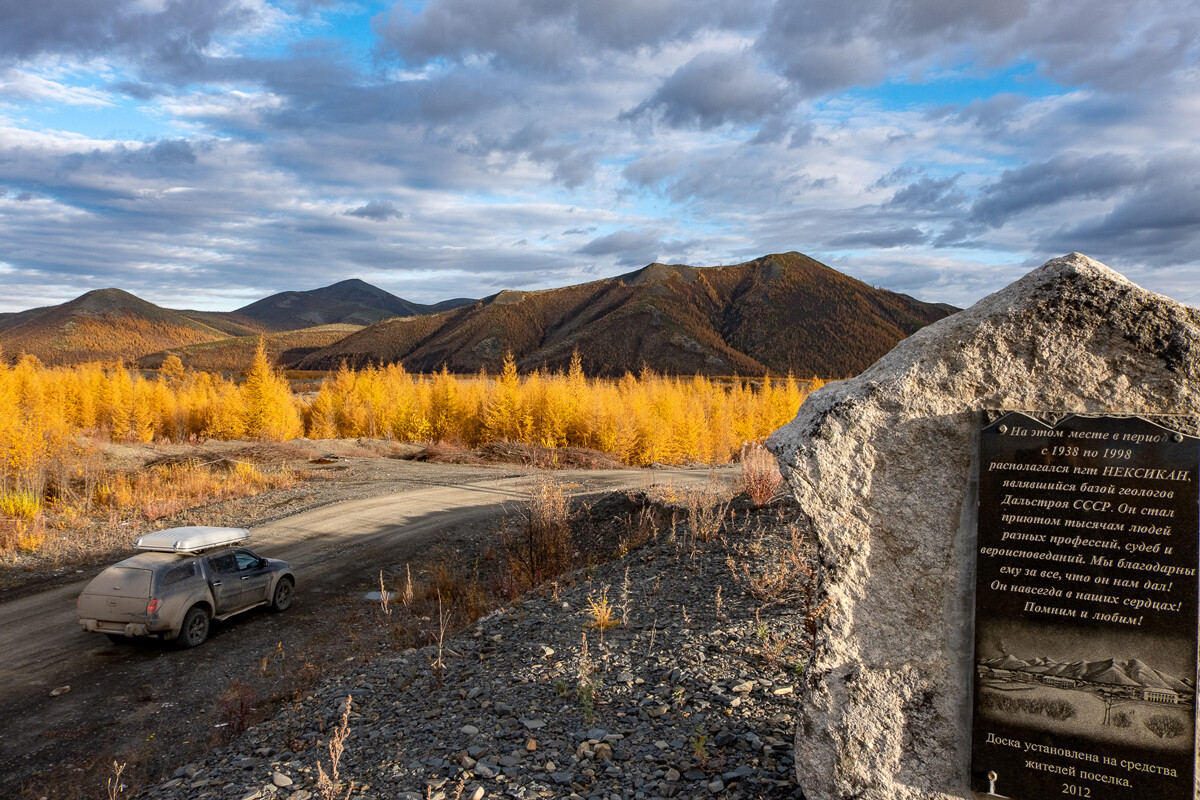 “Price doesn’t mean anything there. There is no price competition. You can set any price and people will use your services. On the other hand, the logistics are hellish. Because of that, everything is expensive relative to Moscow. When you see a high price, it doesn’t mean that you will get the same level of services for the same money as in Moscow,” says Enkin. 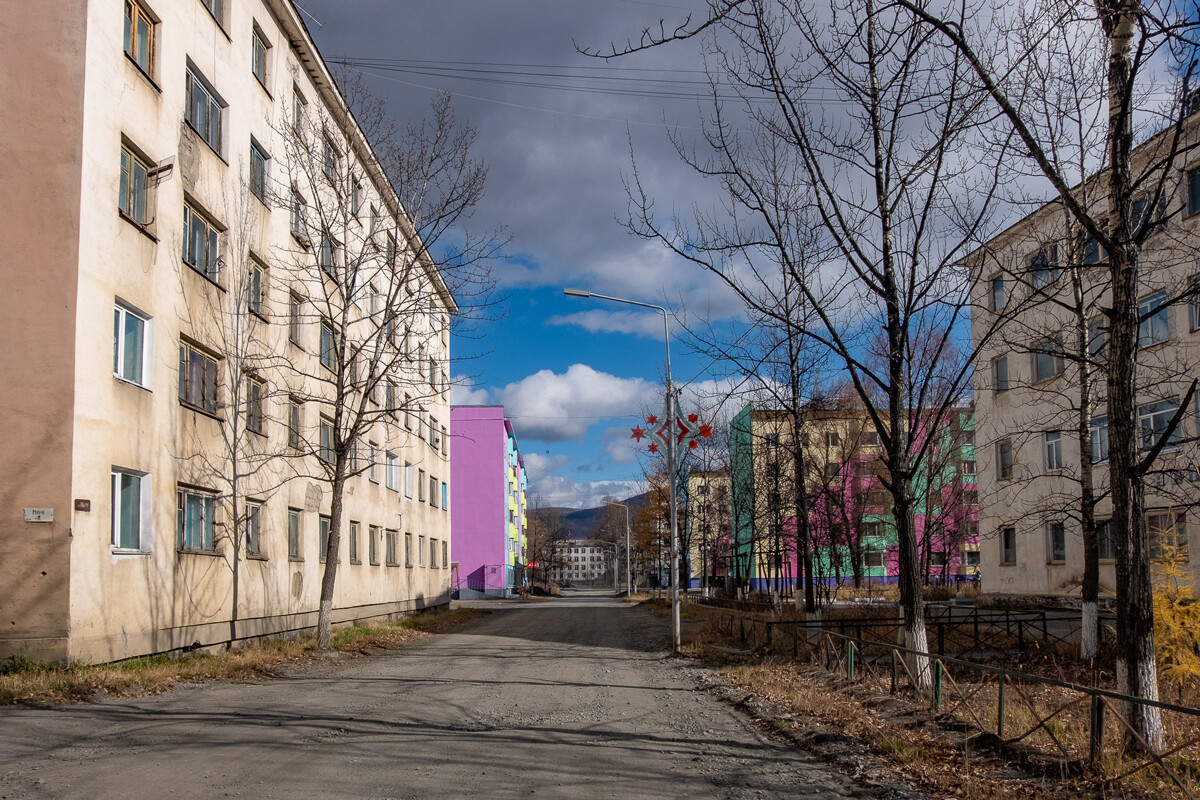 Long distances also have some positive impacts on society in remote parts of Russia.

“People are much more hospitable than people in the European part of Russia. For them, the arrival of every single person, especially from afar, is a much more significant event than for us. If a new person arrives, either they have interesting stories or they bring something important with them and so you have to make a connection with that person. Also, when people visit a remote location, they also need some kind of support to get settled. These people are used to hospitality. And so, when it’s their turn to receive someone, everyone reciprocates,” says Enkin. 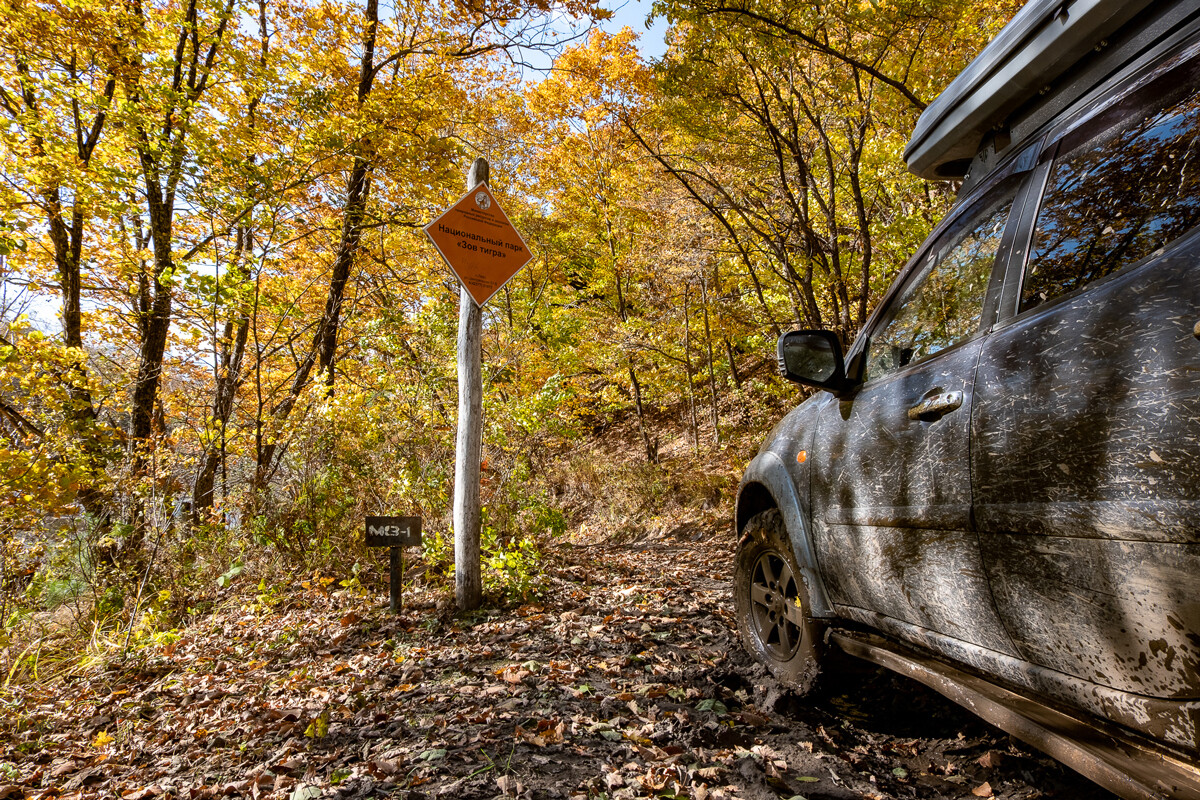 Andrey Enkin recently wrote a book called ‘How to travel across Russia by car’, which he is selling online as an e-book.

“I wrote it for everyone who saw other people’s travels in blogs and also wants to travel around Russia. In the book, I collected recommendations on how to prepare your car for a trip, what gear to take with you, how to find viewpoints and a lot about how to make your trip safe and comfortable, but not boring,” boasts Enkin. 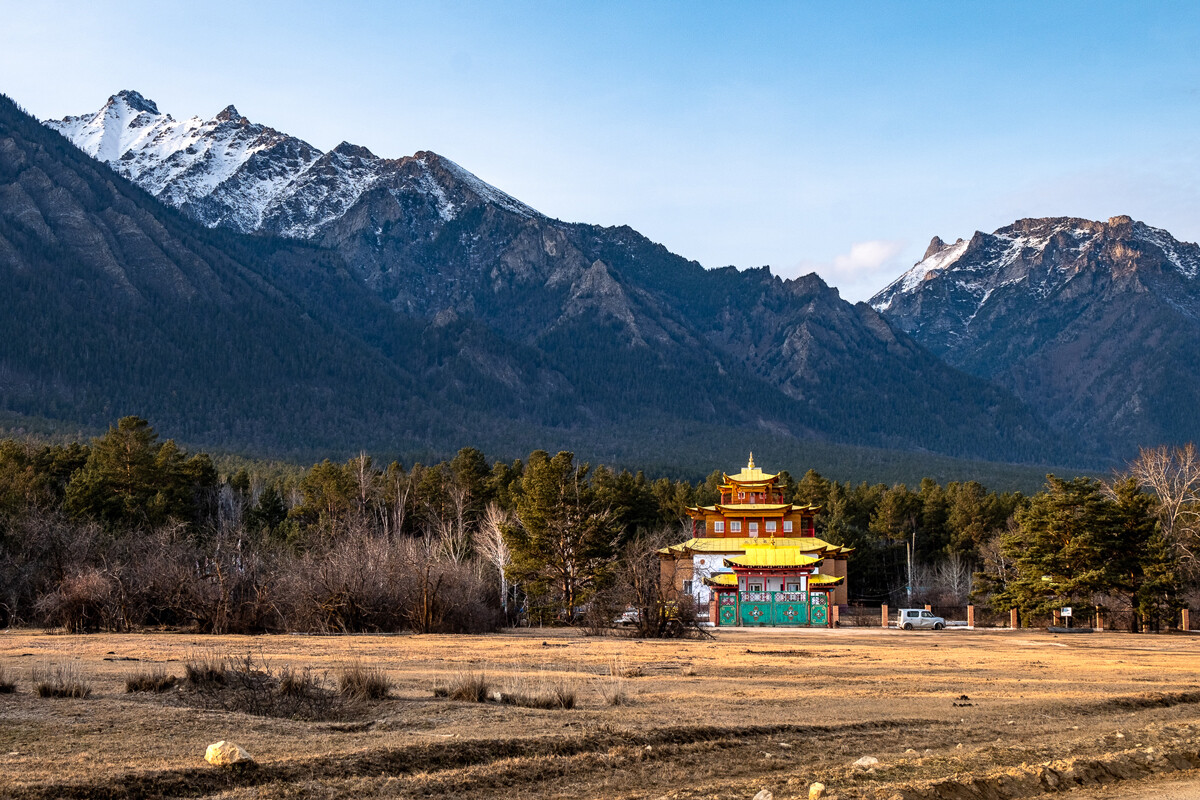 To a foreigner who has only been to Moscow, but who might want to see the Russian Far East, Enkin recommends being prepared for an ascetic lifestyle, extremely long distances between settlements and rapidly changing climate zones. 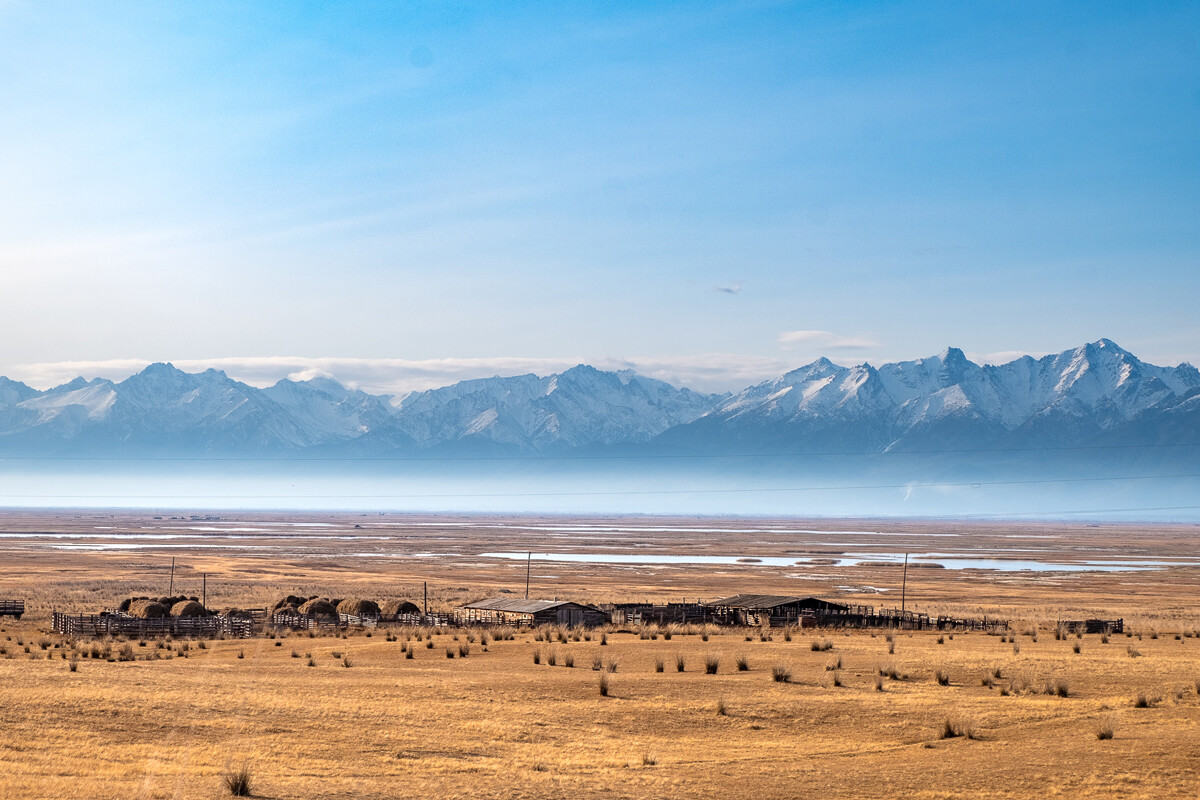 Yet, mostly, a new visitor must get ready to be stunned by the hidden and surprising beauty of the country they had never seen before. 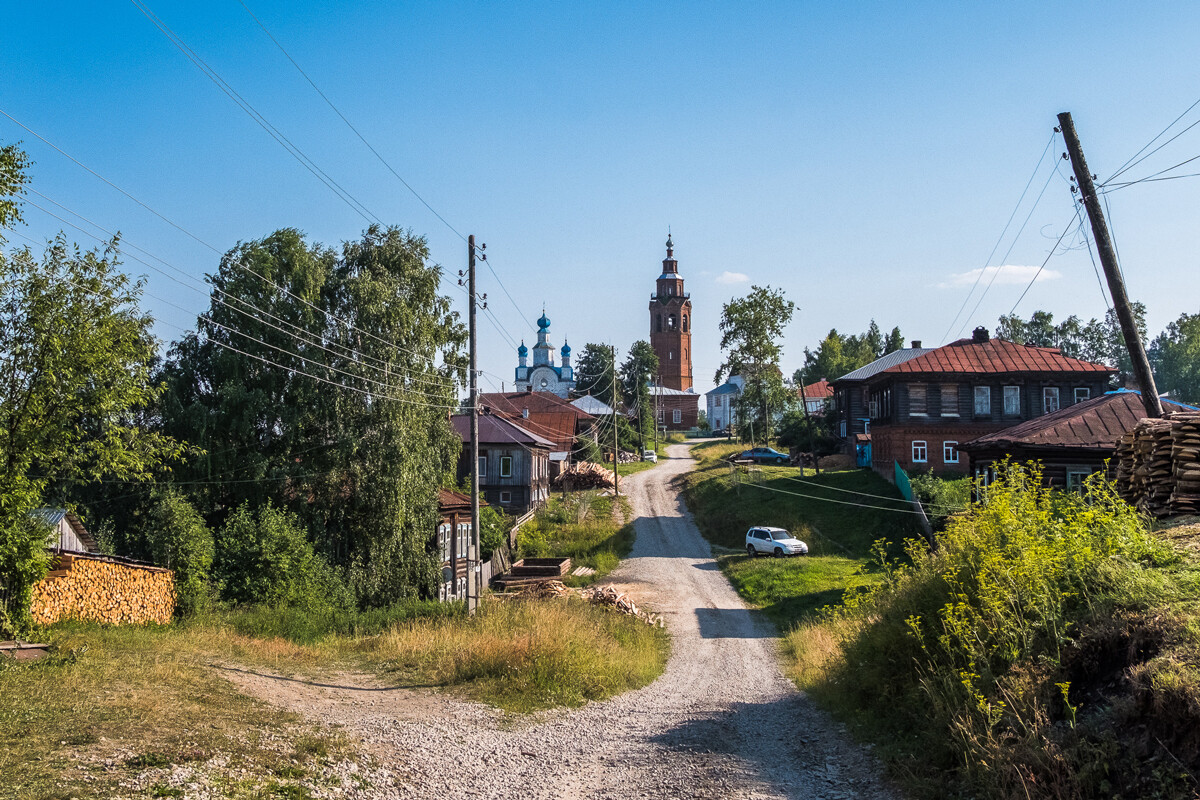 “If a foreigner has a picture they imagine of Russia, any picture, they need to be prepared for the fact that they are bound to see a different picture. Whatever the picture they had before their eyes, they will see something else,” says Enkin.

Click here to read about a married couple from Russia with two children who have been living on a yacht for almost three years.