5 facts about the Siberian ‘vampire’ deer 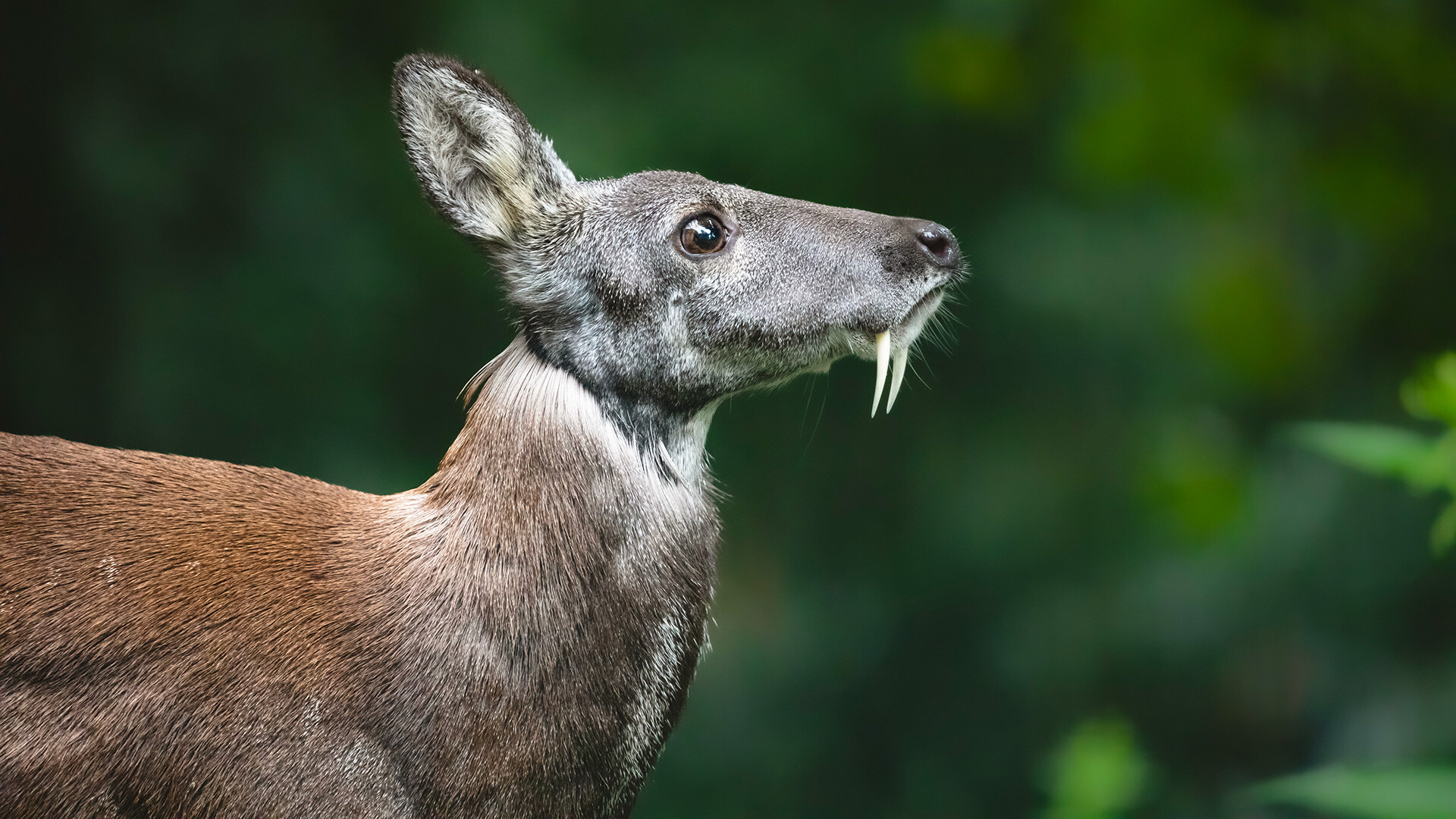 Getty Images
This Bambie with sharpened fangs looks terrifying, but it’s absolutely harmless to people - and it’s not a carnivore at all.

In the wild, you can face absolutely amazing creatures that look terrifying, but are actually absolutely harmless, cute and in need of protection. One such frail creature lives in Siberia - a musk deer with fangs, which Russians call a ‘kabarga’ (stress on the last letter).

1. Fangs instead of horns 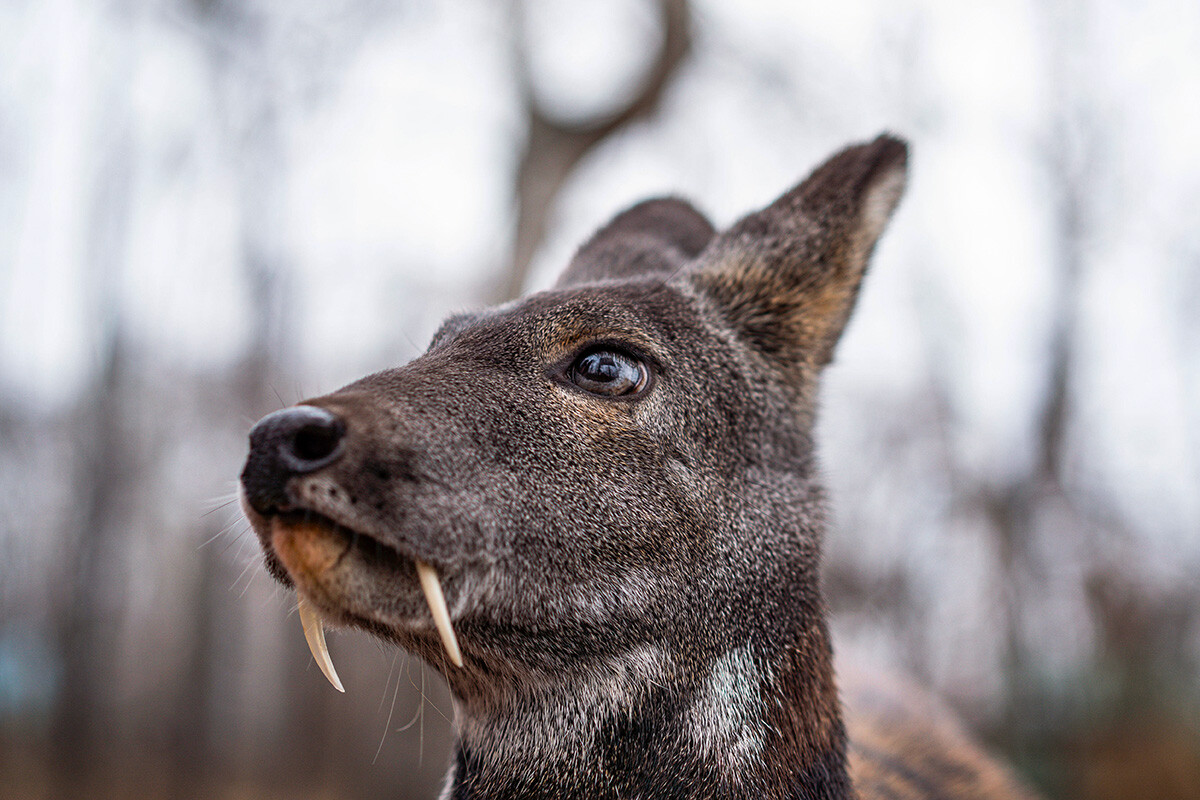 You may have heard about huge saber-toothed predators who lived during the Ice Age and needed their fangs to hunt. But these beasts became extinct millions of years ago! Nevertheless, a small grazing saber-toothed deer, the contemporary of the mammoth, still lives  in the Russian taiga. What does it need such sharp and scary fangs for, if not for hunting?

In fact, only males have such fangs (up to about 10 cm in length) and they’re likely in place of horns other deers boast. The fangs are, indeed, an indicator of gender - and the stag only uses them to intimidate other males (without actual physical fighting, just intimidation).

2. The smallest deer ever 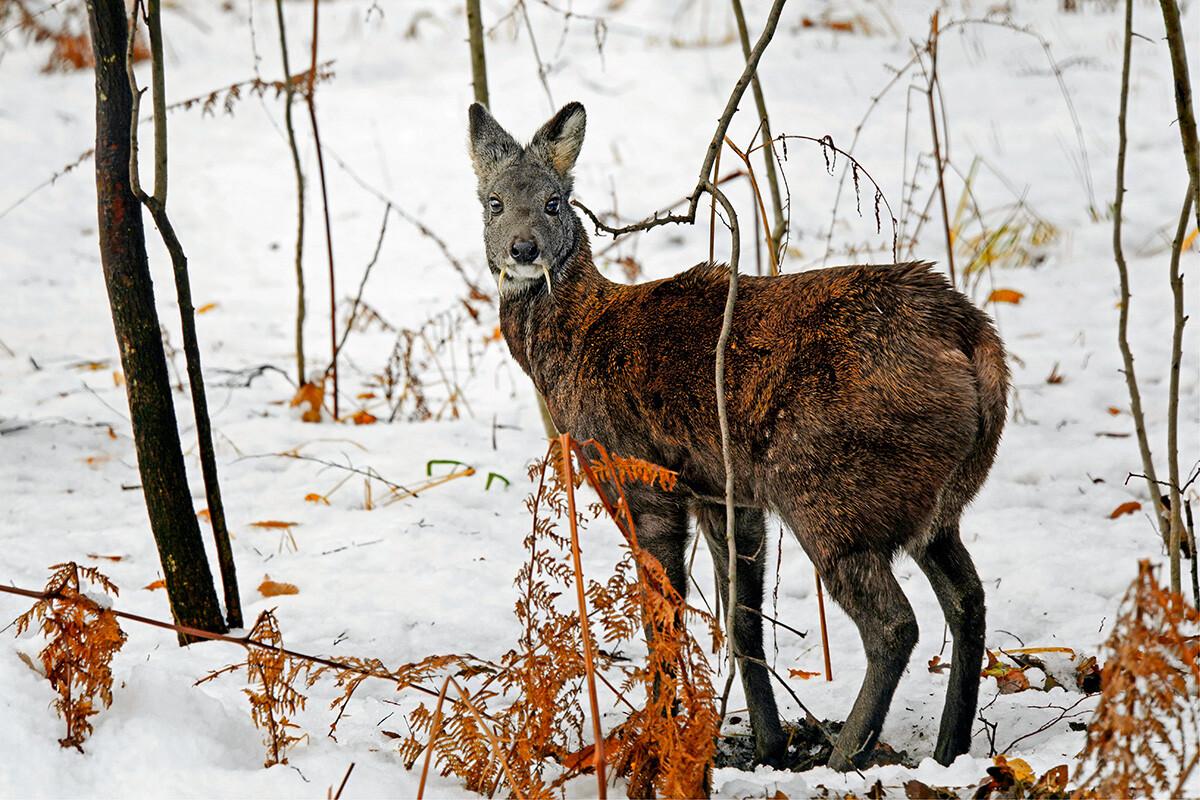 An average adult Siberian musk deer weighs about 10-15 kg and rarely grows more than a meter in length. These dimensions make the kabarga the smallest deer in the world! It looks especially tiny compared to Northern reindeer. The Siberian musk deer lives mostly in the Altai and the Sayan Mountains, the Far East, as well as in Eastern China and Mongolia.

Data on their number is quite contradictory: some scientists believe that it’s rapidly disappearing, while others - that the population is more or less stable. Today, the number of this deer is estimated at between 30,000 and 400,000. It’s difficult to count the musk deer, because it lives in hard-to-reach places. Nevertheless, some regions (Altai Territory, Kemerovo Region, Khakassia) have included it in the local ‘Red Books’. The fact that the population is threatened is evidenced by the fragmentation of its habitat: there are several areas where the musk deer live, which are quite far from each other.

3. Musk is the main target of poachers 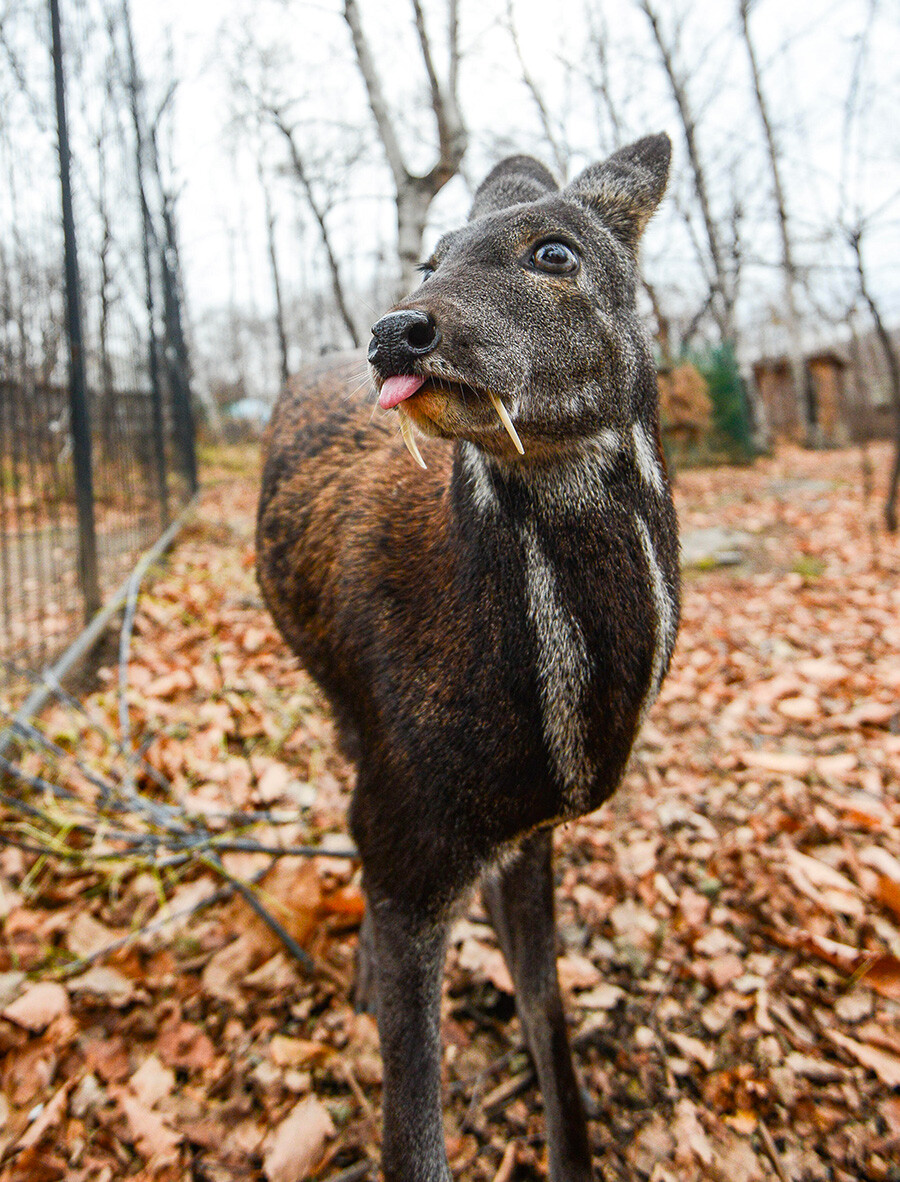 Although it is hunted by a variety of taiga predators, from sable to wolf, its main enemy are poachers - because of their musk secret with strong aroma that only males have.

Natural musk is very rare, with only a few animals that secrete it (except kabarga, among them are the muskox and musk duck). In general, musk contains information about the age and physical condition of the animal; that is, nature invented it for reproduction.

But, people have found another option making it the base for perfumes and cosmetics. Today, there are synthetic analogues of musk, but, of course, the natural substance is most desired.

Moreover, the kabarga musk is a very popular remedy in “folk” medicine. Its enthusiasts believe that it helps in the treatment of hundreds of diseases, from melancholy to cancer. 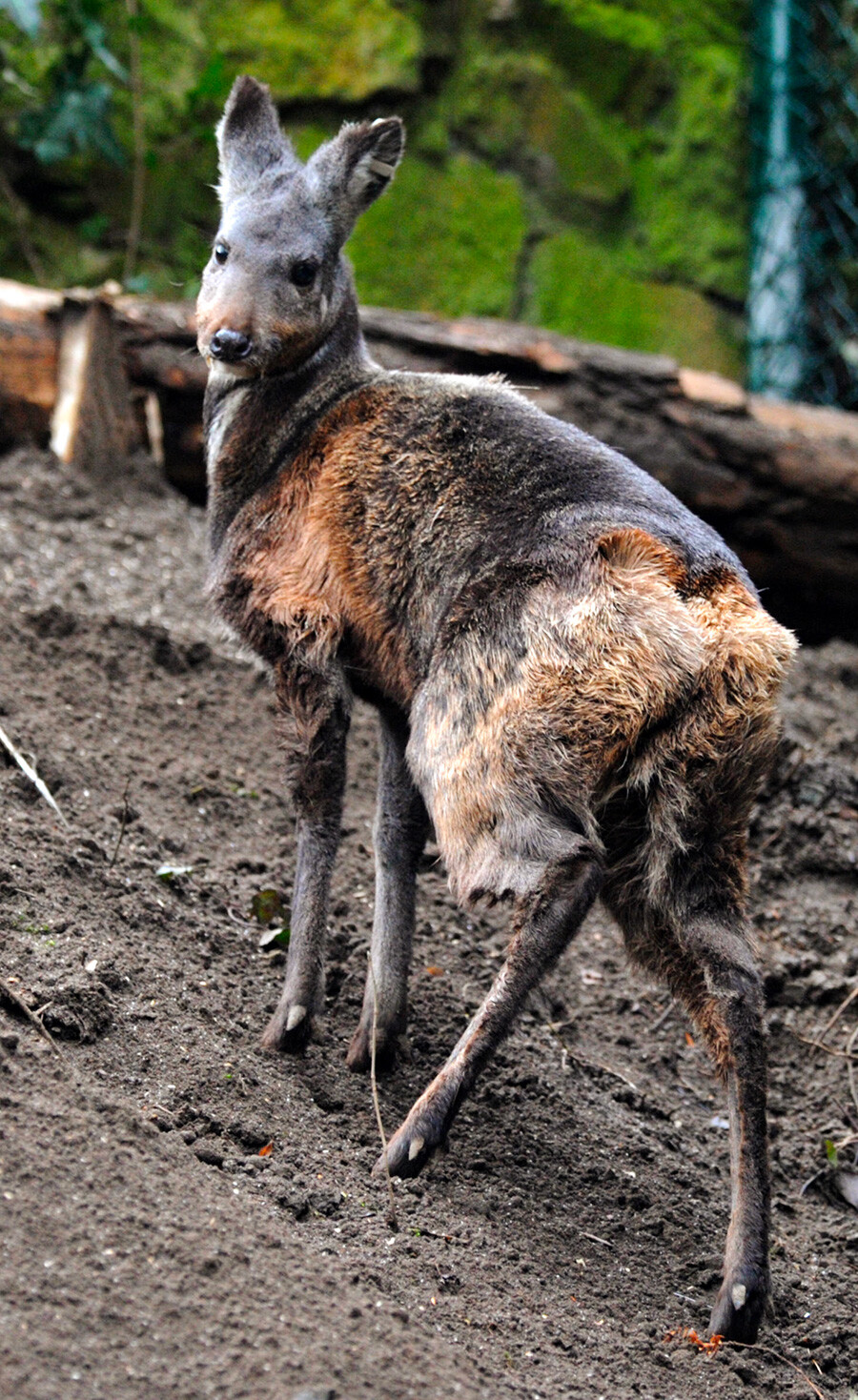 The kabarga chooses remote rocky canyons and driftwood. Its size and spotted coat help it to hide from human and predator eyes. And also - it has an unbelievable leap range. Its front legs are shorter than its hind legs, almost hare-like, enabling this animal to jump long distances - up to seven meters! It can also change its running direction at lightning speed, slow down, turn around and run back if it changes its mind. It doesn’t slip even on a granite boulder.

5. Quickly gets used to humans 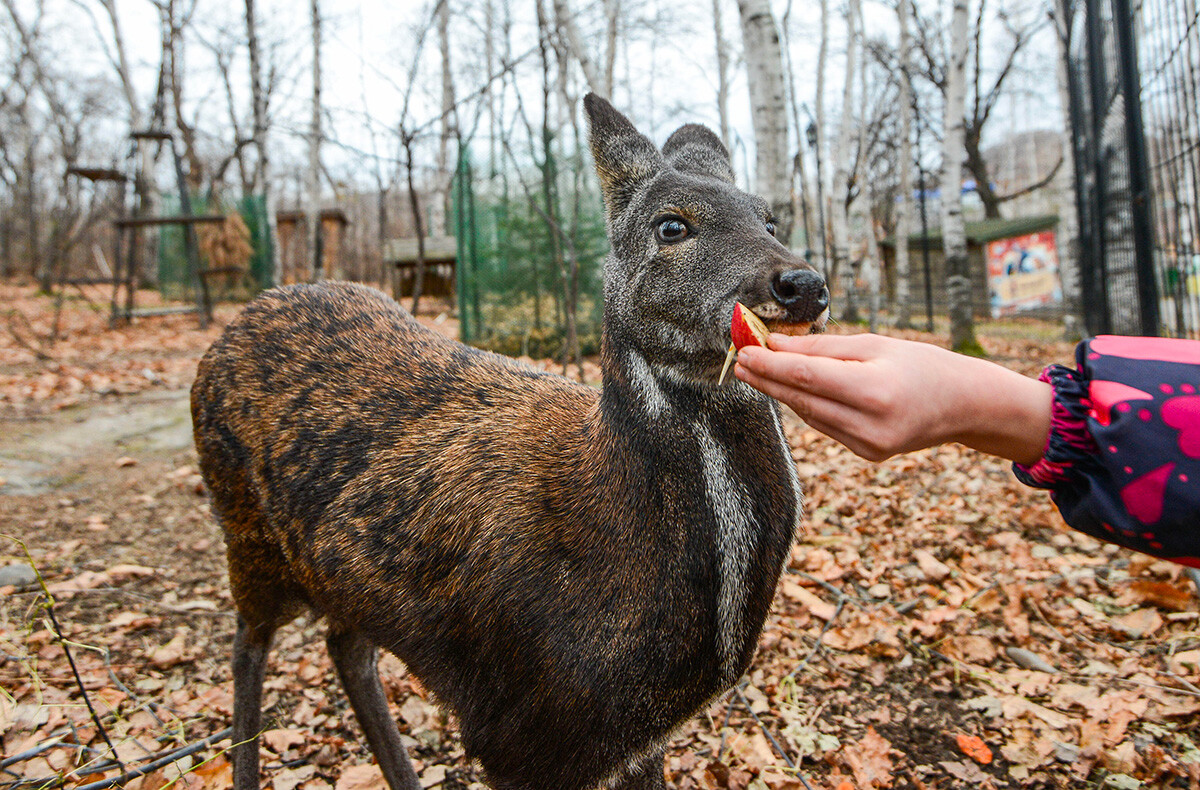 Since 2010, ecologists from the Sikhote-Alin Nature Reserve in the Far East have been conducting a program to study musk deer using photo traps and radio transmitters, which they have managed to mount on the collars of six animals. The scientists found out that musk deer quickly become accustomed to human presence and they decided to use this trait to get information about the animals’ sleep, eating and migration patterns. And, it turns out that musk deer use the same places for rest and “tagging”.