The Russian model that wowed Paris and Coco Chanel (PHOTOS) 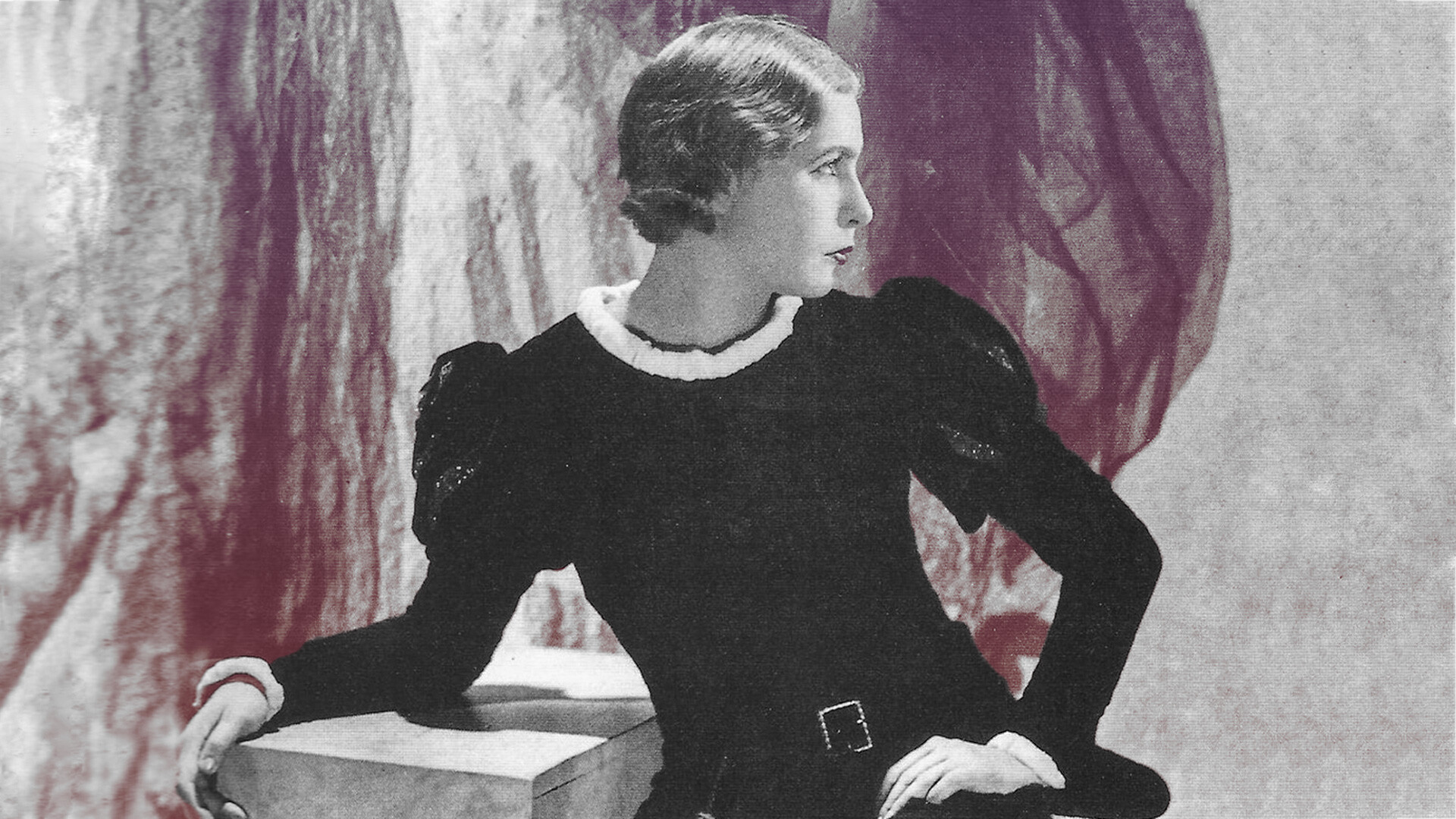 Christies
Socialite and actress Lady Abdy personally helped design handbags for Coco Chanel. And her fate resembles the plot of a French novel.

The whole of Paris knew her as ‘Lady Abdy’. A Russian immigrant, the tall blonde with blue eyes became a real star of the French fashion world and, for decades, shone throughout France.

A noblewoman of a russified French family

Iya Ge was born in 1897 (according to other sources, in 1903) in the city of Slavyansk, Kharkov Governorate of the then Russian Empire. Iya’s ancestors were Frenchmen (surnamed de Gay), who moved to Russia during the Great French Revolution of 1789 and swore allegiance to Catherine the Great.

Many were associated with the arts in Iya’s family: her grandfather Ivan Ge was a playwright, while his brother Nikolai Ge was a famous painter. Iya’s maternal grandfather adored ballet and founded his own serf theater. Iya’s parents, on the other hand, were actors who, for many years, played on the stage of the Alexandria Theater in St. Petersburg.

Iya herself also had many talents, showing an aptitude for music and drawing from an early age. “Many people thought I would become an artist or an actress,” she recalled in a conversation with the Russian fashion historian Alexander Vasiliev, who revealed her to the Russian reader in his book ‘Beauty in Exile’. 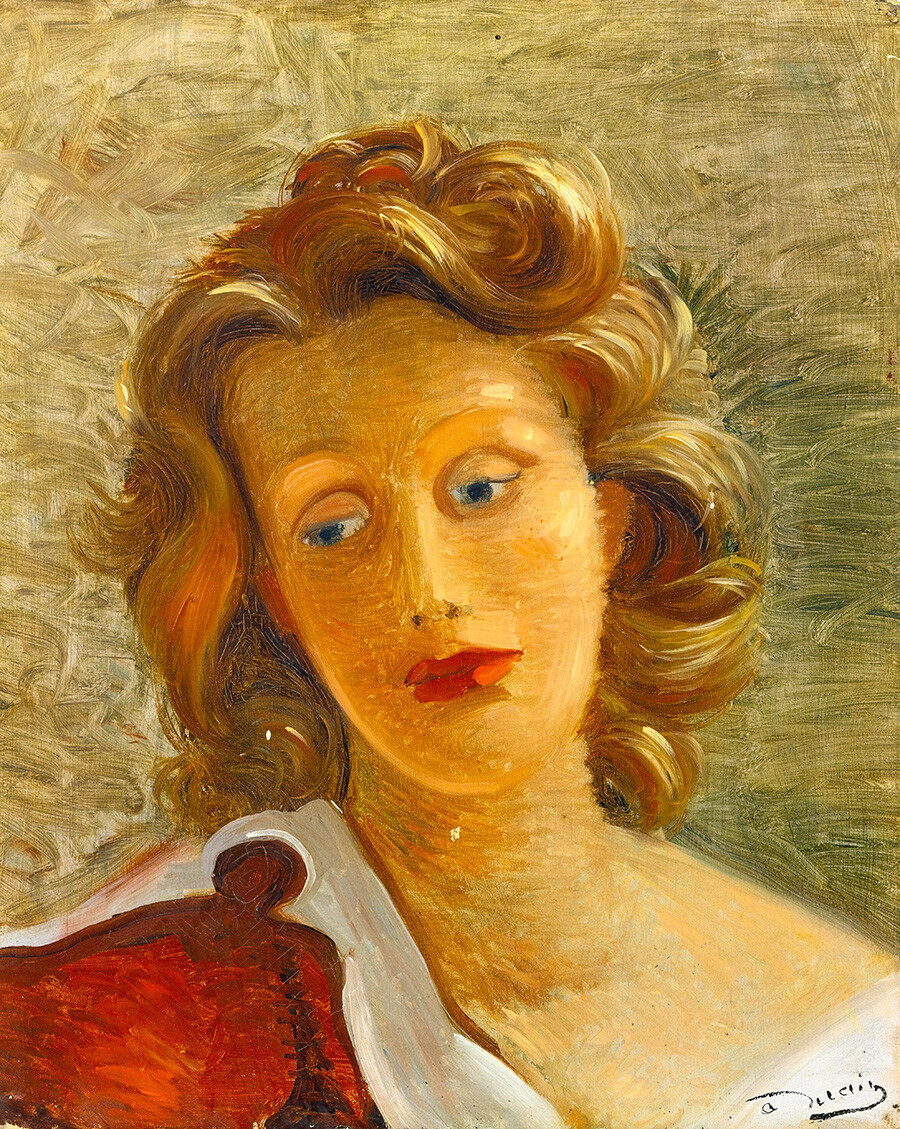 When Iya was still a child, her parents divorced. At the beginning of World War I, Iya and her mother were in Germany, from where they managed to move to Switzerland. After the war, Iya wanted to return to Russia, but, on her way there, in Finland (then part of the Russian Empire), she met her first husband, Dutch entrepreneur Gerrit Jongejans. There, in 1917, their son was born, the future Broadway actor George Gaines, also known for his role as Commandant Lassard in the ‘Police Academy’ franchise. The 1917 Revolution and the Civil War in Russia then followed in quick succession, so Iya didn’t return home. Very soon, she divorced her husband and, leaving the son to him, left for Western Europe.

From a Russian noblewoman to the main fashionista of Paris

In 1921, Iya came to Paris. She needed money - and worked as a tapper in a cinema for a while. “One day, a Russian acquaintance <…> told me: ‘You have a good shape, go to a fashion salon, you’ll probably find work,’” Iya recalled. So she went to the famous ‘Callot Soeurs’ fashion house. She was offered a job as a “mannequin” for 450 francs and breakfast. Although this occupation did not interest her much, she had no other ways to earn money.

One day, some Englishmen came to Callot’s salon and one of them wanted to get to know Iya better. He turned out to be a collector by the name of Sir Robert Henry Edward Abdy… So, Iya soon became Lady Abdy. From then on, all doors were open to the “it” lady in Paris. She got to work with Paul Poiret, the most influential fashion designer of the time, as well as the Meinbocher fashion house, couturier Edouard Moline and other famous fashion designers.

Vogue published Abdy’s photographs made by Paris’s most fashionable photographer, George Hoyningen-Huene (who was also of Russian descent). “Lady Abdi, one of the beauties of foreign society in Paris, always dresses in a strictly personal style. Her taste is undeniable and uninfluenced. She can awaken inspiration in the makers of women’s toilets,” Vogue wrote about Lady Abdy.

After several years of marriage, Sir Abdy, a keen antiquarian and collector, left his wife, but Abdy retained her Lady status. Moreover, she mortgaged the expensive jewels presented to her by her husband and the income from them enabled her to live comfortably the rest of her life. By this time, she was already a famous model, leading a luxurious life, renting expensive apartments and socializing in a circle of bohemians, rich people and famous Russian emigrants. In addition, she had already tried her hand as a designer and was sketching handbags for the fashion house her mother had opened in Paris. 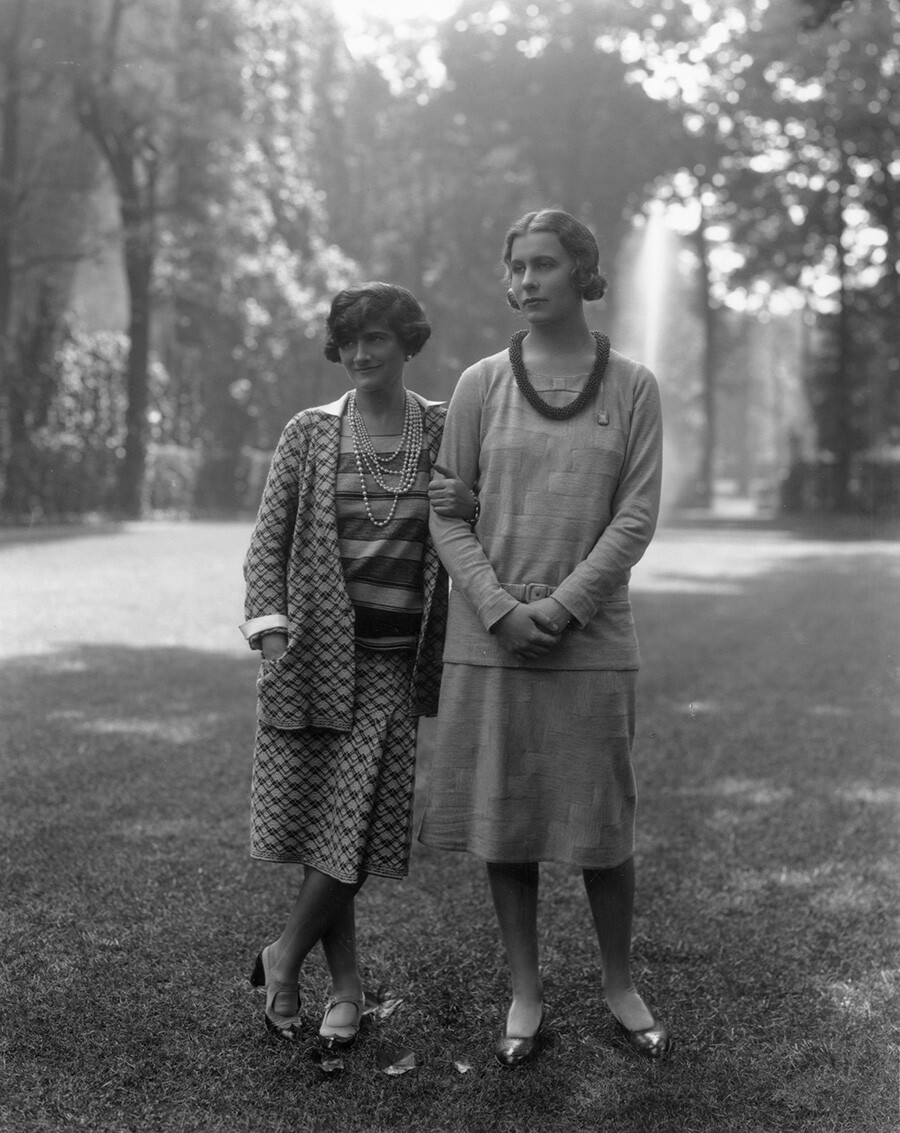 Once at a reception, Abdy met Coco Chanel and told her about the new idea of “bucket bags”, even showing her sketches. Chanel invited the Russian to work as a designer in her fashion house. But, to Abdy’s big surprise, she saw that Chanel had already begun to sell bucket bags based on her design, without her permission! Coco replied indifferently that she didn’t see the problem, because now Abdy was working for her. Unable to put up with Chanel’s difficult character, Iya soon stopped cooperating with her. 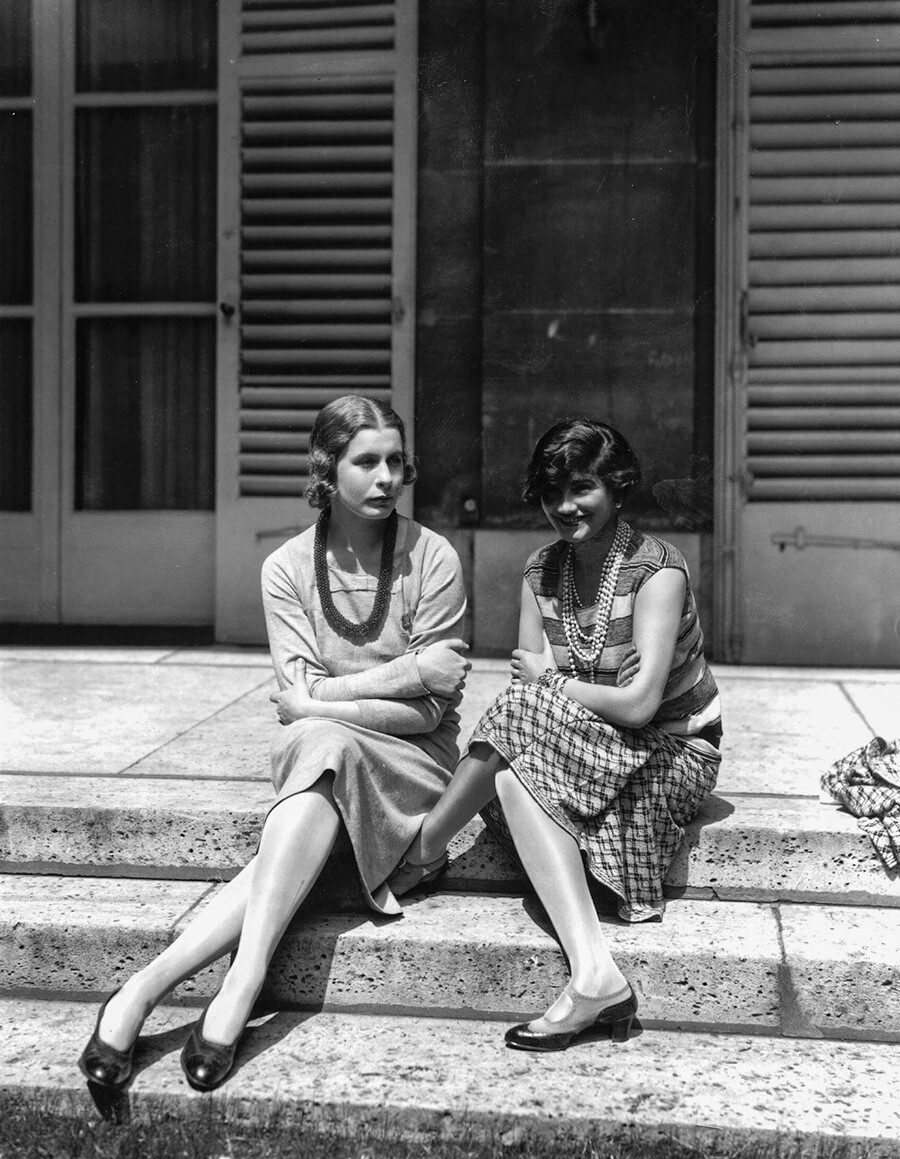 In 1936, Abdy made her debut as a theatrical actress. To the delight of the audience of the ‘Oedipus Rex’ performance, she wore a sumptuous suit by Chanel.

In 1937, at the peak of Stalin’s repressions, Iya came to the USSR to visit her already very sick father. “Then, I saw Moscow for the first time - a very sad sight! It was winter, everything was covered with snow and my hotel Metropol was not far from the Kremlin. There was a black crowd walking along the streets and I looked out the window and saw the Kremlin all covered in snow. I was very sad. A Hungarian journalist asked me: ‘What do you want, Moscow to show you bathrooms in workers’ hostels or in communal apartments?’” Alexander Vasiliev quoted Lady Abdy in his book.

However, rumor says that there was another reason for her trip, a more romantic one. Lady Abdy is credited with an affair with Soviet writer Aleksey Nikolayevich Tolstoy. And it was she who allegedly became the prototype of the colorful character in his sci fi novel, Hyperboloid of Engineer Garin (a.k.a The Garin Death Ray), the ballerina and adventuress Zoe Montrose.

However, Vasiliev writes that we can only wonder who really accompanied the fashionista on her trip back home and, more importantly, why she was released from the Soviet Union back to France. 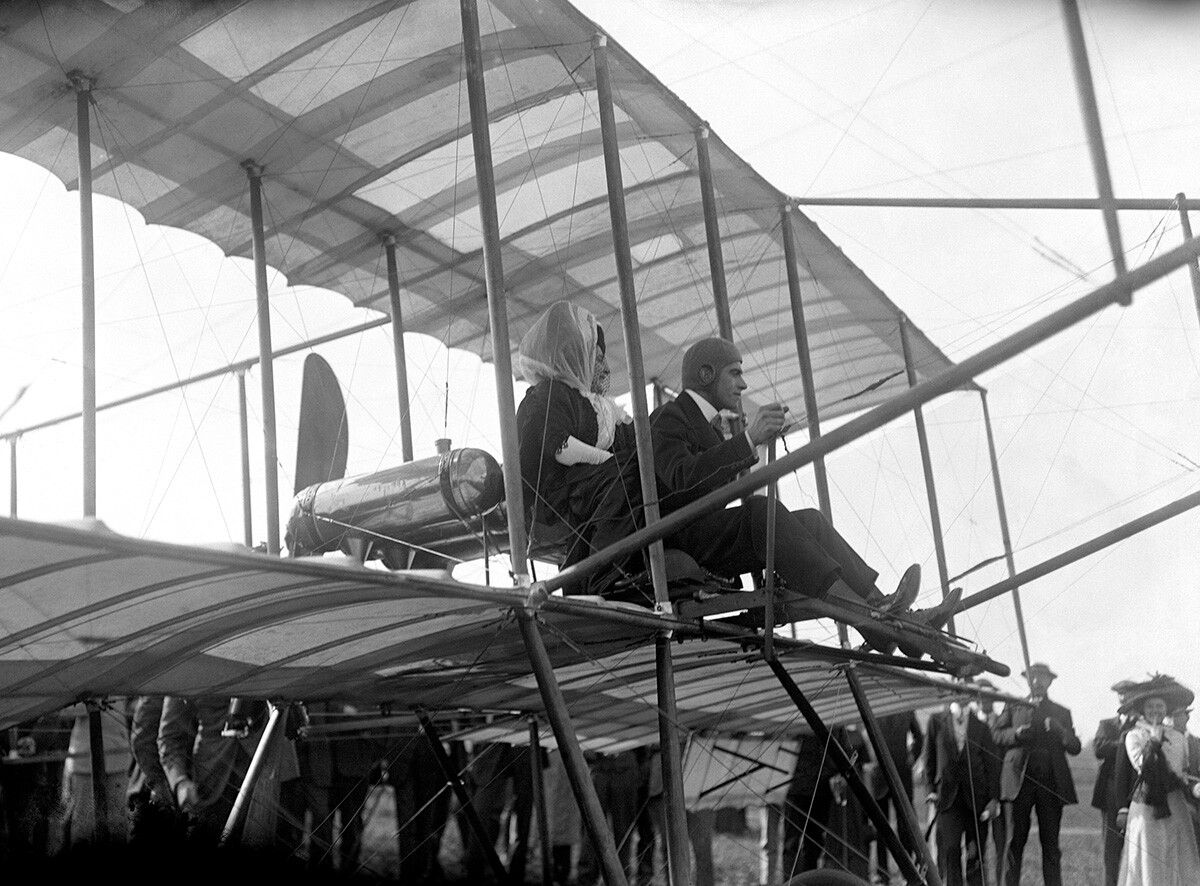 Claude Grahame White and Lady Abdy flying at Brooklands. The right to fly as a passenger was offered at auction, and Lady Abdy won with a bid of 120 guineas for the first trip. The aircraft crashed after 500 yards, but neither pilot or passenger were seriously injured

A new adventure awaited Lady Abdy in Paris. Because of her close contacts with an Italian from Mussolini’s government, she was suspected of spying for Italy and was expelled from the country. After her marriage to Sir Abdy, she was a citizen of the UK - so she had to move there. During World War II, she was called to serve as an interpreter. Fluent in Russian, French and German, she not only translated military negotiations, but also negotiated the return home of Soviet prisoners of war.

After the war, Lady Abdy lived in New York (where her son was already building an acting career) and Mexico. Already in the 1970s, she returned to France and lived in the aristocratic town of Roquebrune on the Côte d’Azur. Lady Iya Abdy passed away in Cannes at the age of 89, continuing to wear fashionable hats and colorful dresses until the very last day.