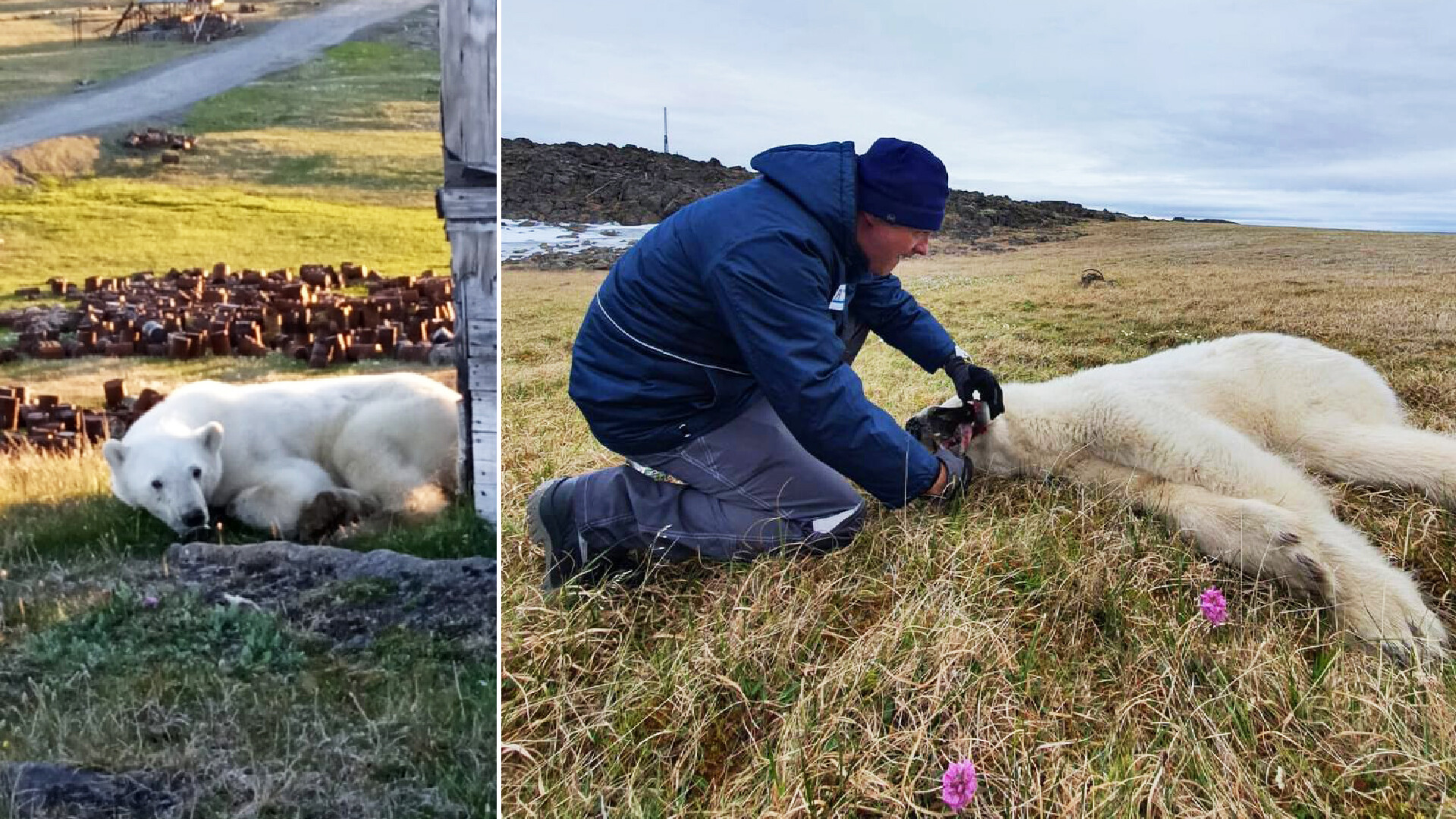 Rosprirodnadzor
A young bear sought out humans at the Arctic settlement of Dikson desperately looking for help. But it couldn’t overcome its fear and come close to them.

A real rescue operation happened in the north of the Krasnoyarsk Territory (Siberia). On July 20, a polar bear came to the remote settlement of Dikson with a can of condensed milk stuck in its mouth. Locals immediately tried to help the poor animal, but failed.

In the video published by the head of the Rosprirodnadzor (the Natural Resources watchdog), a local asks the bear to come closer, but the bear doesn’t understand him.

To help the bear, the watchdog decided to ask the Moscow Zoo vets - first of all, because there were no necessary medicines or tools for such incidents in the Arctic.

In the morning of July 21, the Moscow Zoo vets arrived in Dikson. Local companies also prepared three sacks of fish - as, most likely, the animal wouldn’t be able to hunt for a while. 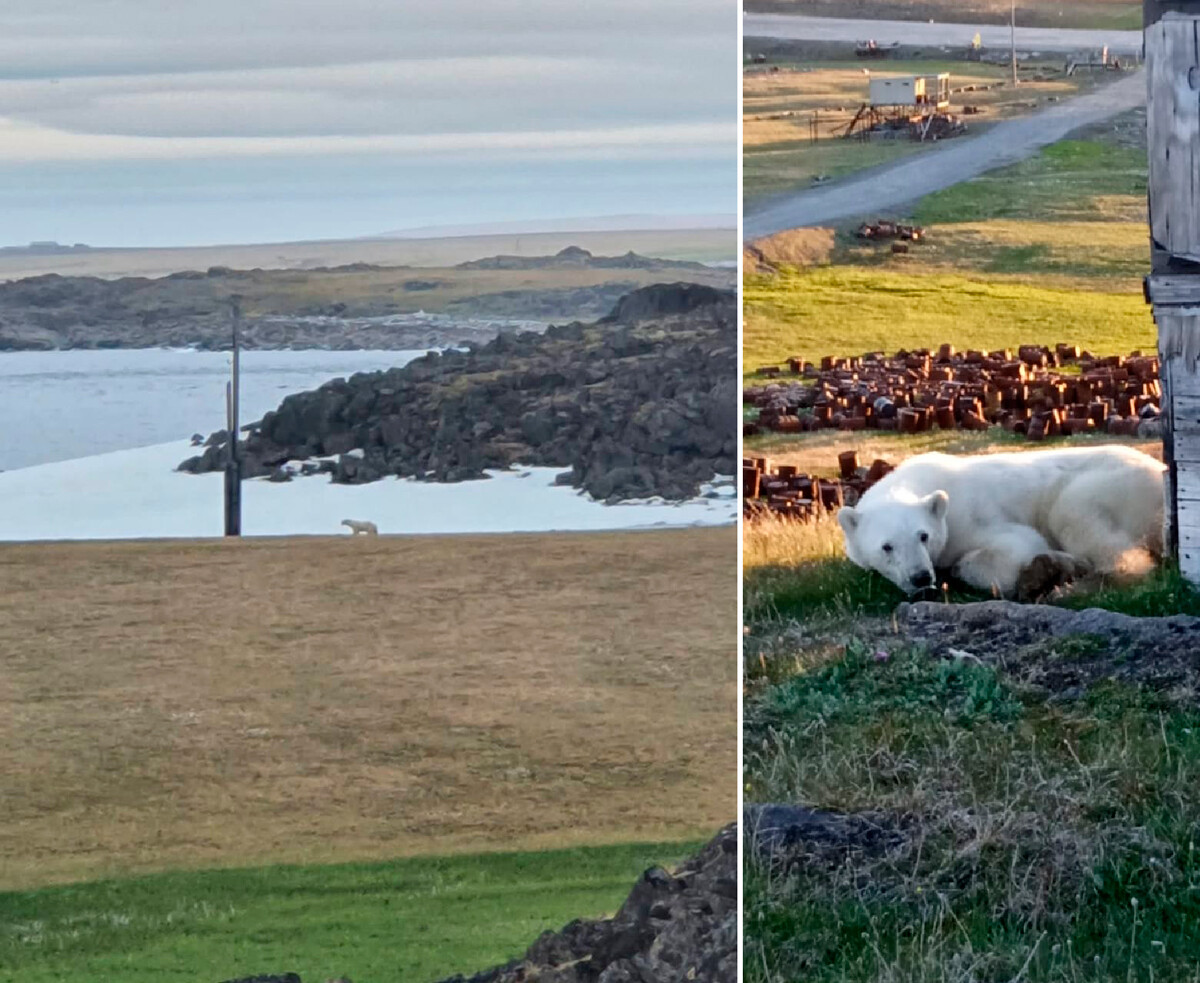 Rescuers found the bear 3 km away from Dickson airport. It was temporarily sedated and the can was successfully removed. The vet treated the bear’s tongue, which had many cuts and lacerations.

It was a young female bear, weighing 80-90 kilograms and about two years old, according to Moscow vet Mikhail Alshinetsky. “The tongue is damaged, but it’s likely to recover, because the main muscles are not affected, only the skin on the surface is damaged. We’re going to give her saline now, she’s under good anesthesia right now. She’ll be there long enough to get her to the release point. Then we’ll give her an antidote and she’ll be fine.” 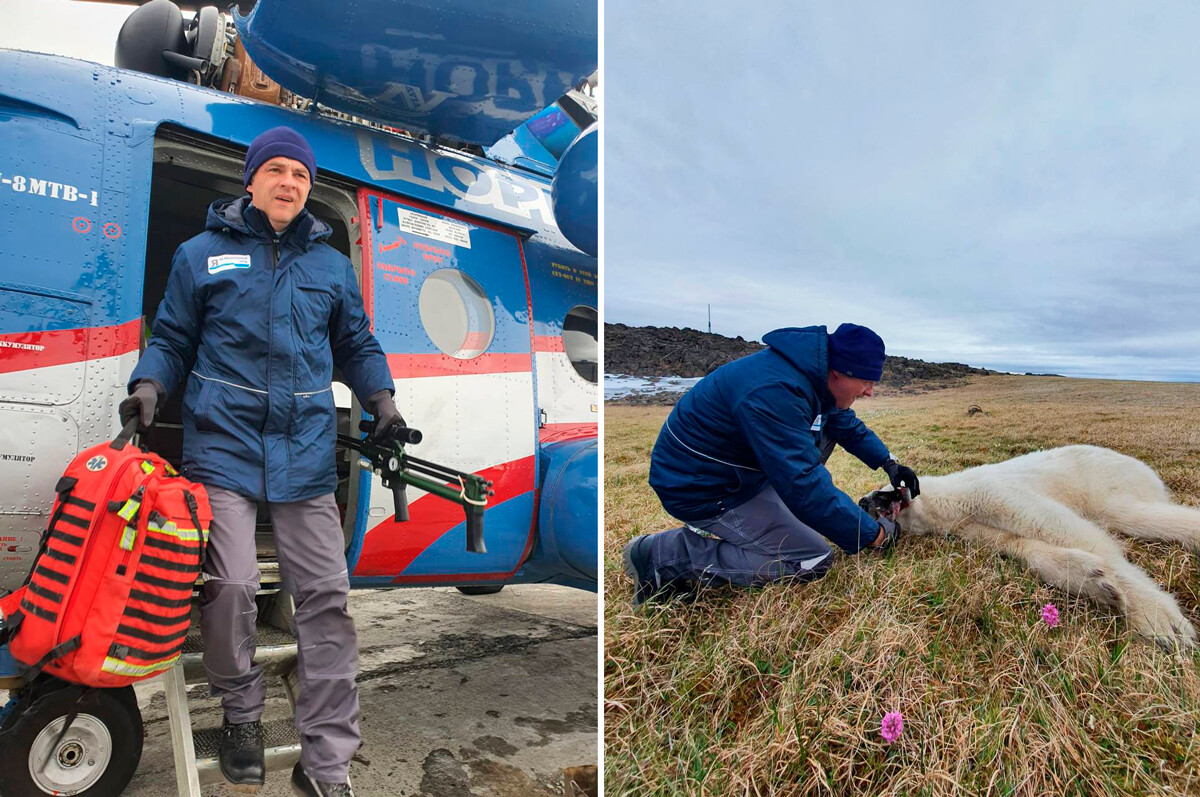 Then, the bear will be taken about 100 km away from Dixon, to her natural habitat and left with the sacks of fish.

Bears are well-known sweet-tooth enthusiasts. In the Arctic, polar bears often come to shift worker settlements and people feed them with condensed milk. Sadly, bears can chew through the can, not realizing that they might get cut. 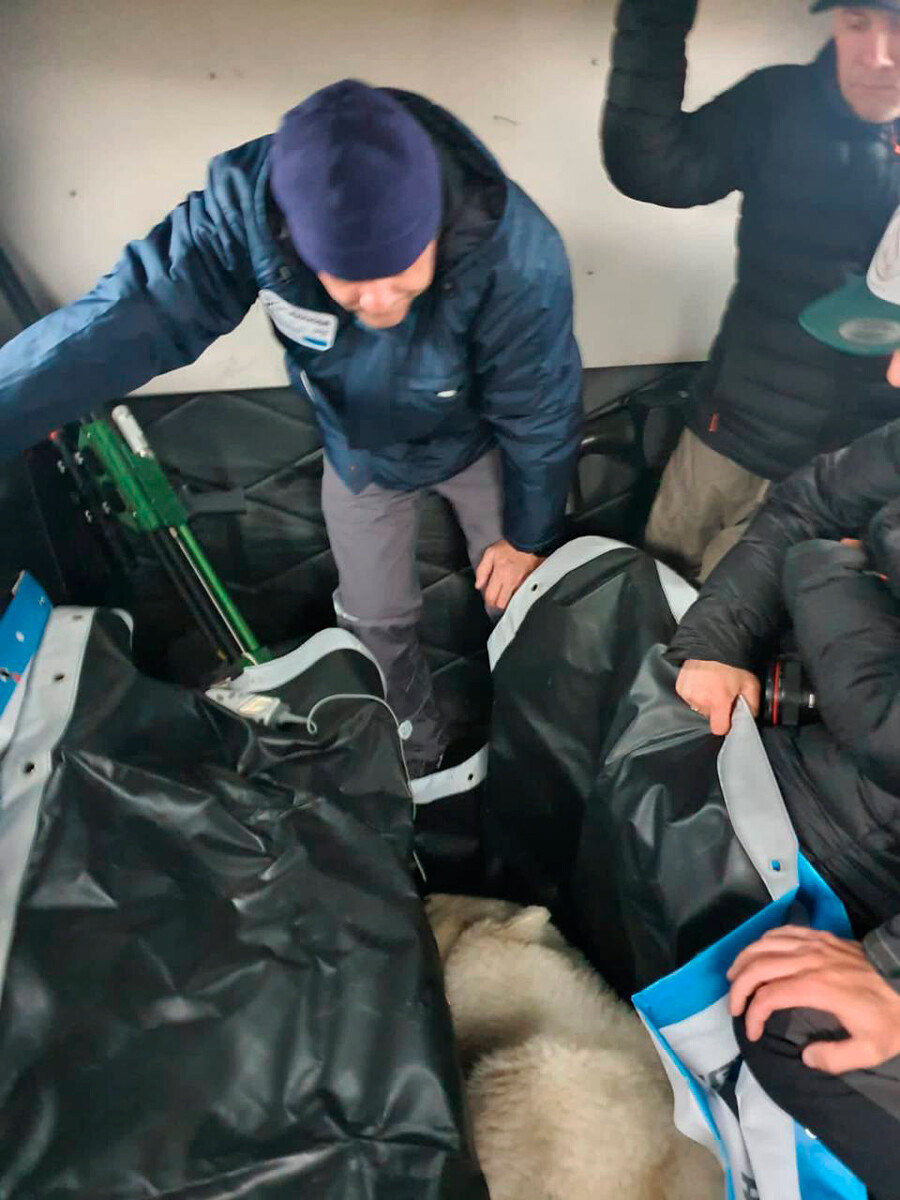