Why do people choose to live in the Arctic desert? 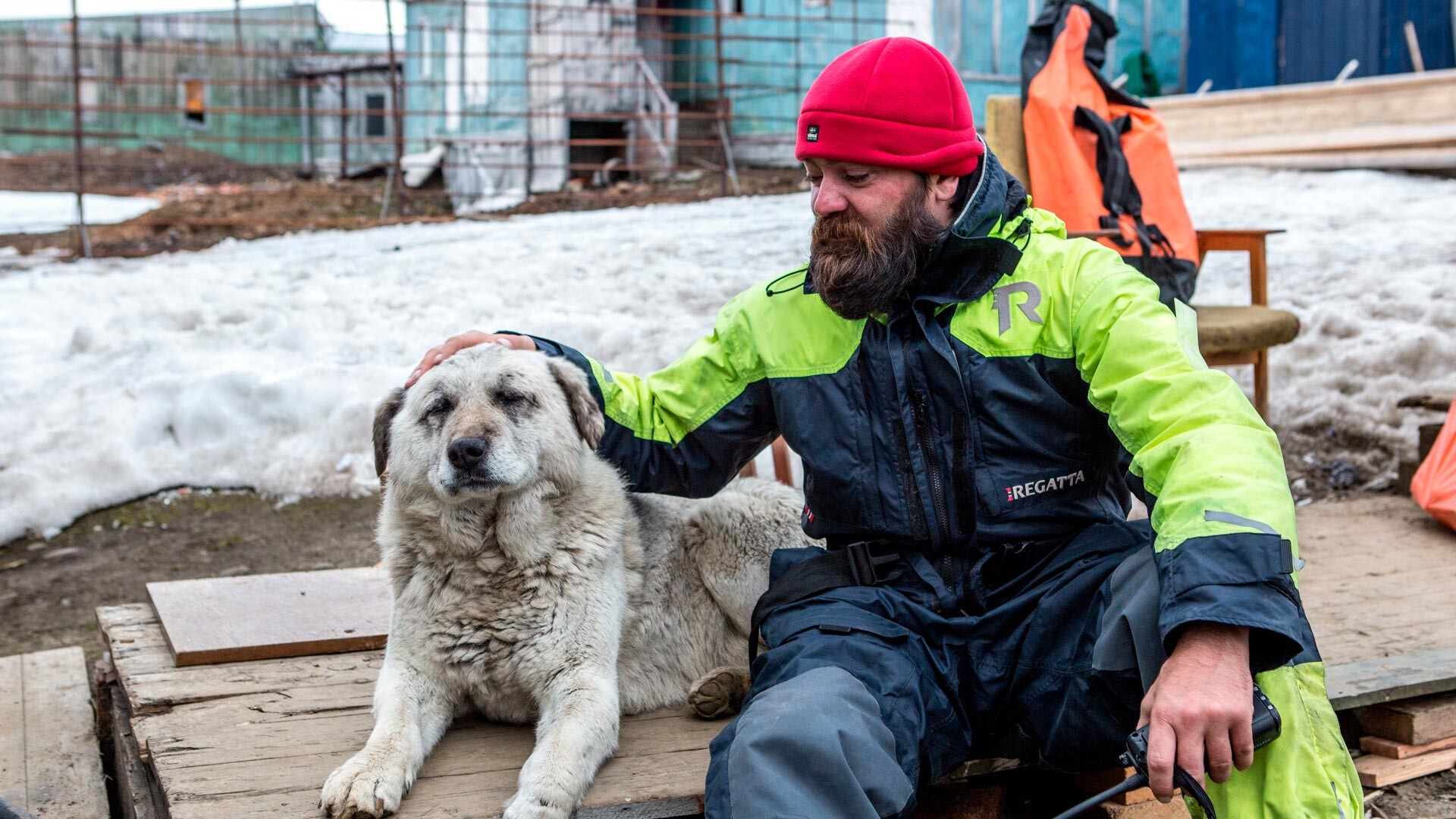 An employee of the Ernst Krenkel Polar Station on Hayes Island.

Ilya Timin/Sputnik
An area of harsh Arctic deserts covers a large part of the Arctic Ocean islands as well as the coast on the mainland. Incredibly, there are people living there.

Where the tundra ends, the Arctic desert begins. Unlike its southern counterparts, this desert—the northernmost natural ecosystem—consists not of endless sand, but of ice and snow that stretches to the horizon.

“The North Pole has always seemed to me utterly distant, mysterious, cold and even more dangerous than outer space,” says contemporary Russian writer Yevgeny Grishkovets, who took part in an Arctic expedition in the summer of 2021. “To be honest, the reality exceeded all my expectations. It is a place where the sun does not set but circles around you, and it is the top of the world!”

Winter with snow and without it 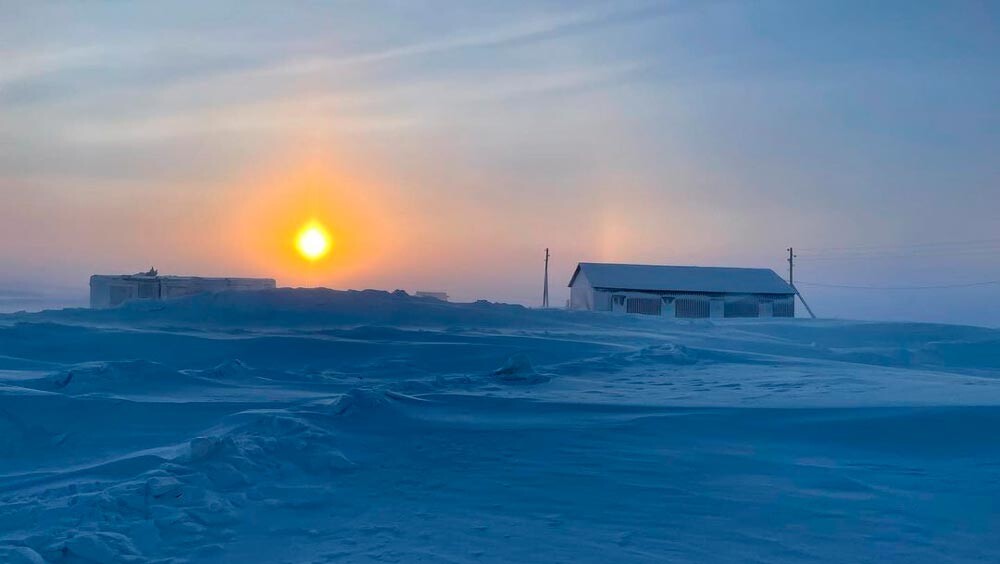 Billings, located on the coast of the East Siberian Sea, has a population of under 200 people. All of them either make traditional local crafts for a living or work at the local weather station. The administrative center, the town of Pevek, is about 400 km away. The village is surrounded on all sides by wilderness. 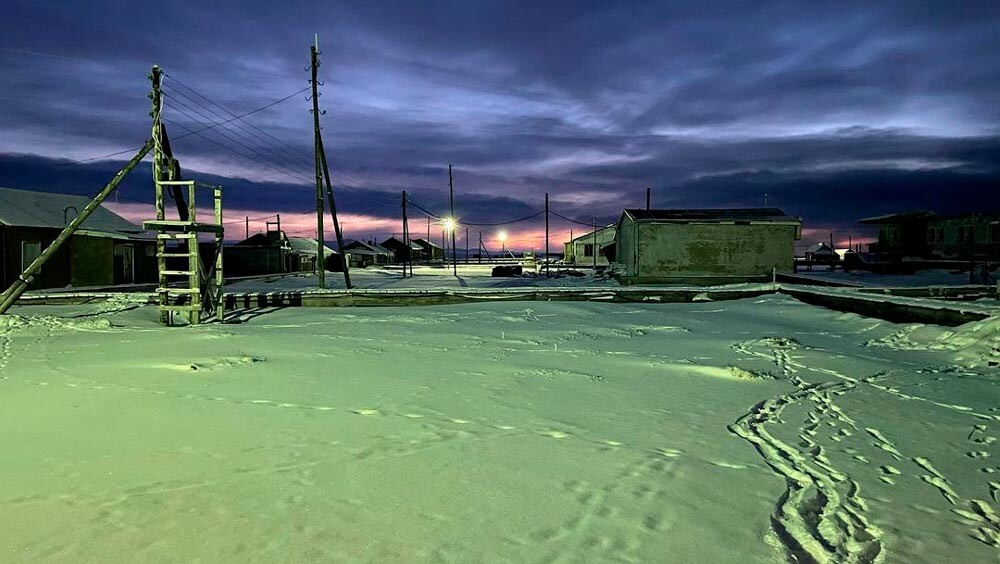 This is one of the most inhospitable parts of the world to live in. Just imagine that the ground is covered by snow almost all year round, and it is only in summer that the temperature rises a little above zero. The polar night lasts three to four months and is replaced by the polar day in the summer. Due to the lack of vegetation and the proximity to the ocean, the winds here are strong enough to knock you down.

Even in August, at the peak of the “hot season,” the temperature does not rise above 10 degrees Celsius. The first snow falls in early September and stays for the whole winter.

“Generally speaking, I like the local climate,” Igor says. “I don't like hot weather. Whereas here it is exactly right.” That said, he admits that he misses the forest. 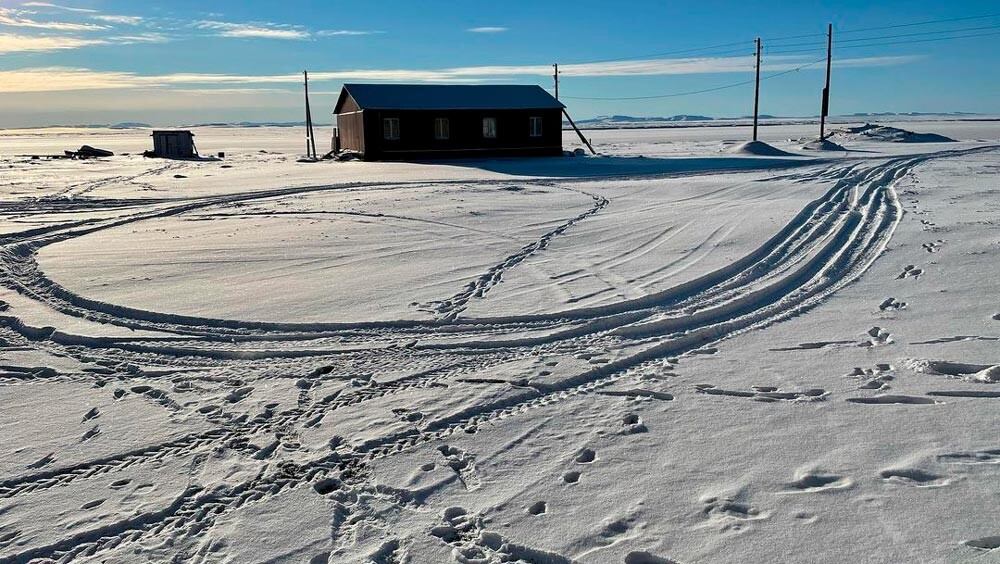 What makes the Arctic desert similar to its southern counterparts is not just the flat terrain devoid of trees or shrubs, but also the dry air, which is even drier beyond the Arctic Circle.

One interesting feature of the Arctic desert is that there is a lot of static electricity in the air here. “You might be shaking hands with somebody and get an electrostatic shock, or you might be handing a memory stick to another person, and there will be a spark between you and the memory stick will 'burn'” Igor says. “When you sit down at work, you touch metal, for example, a radiator or a heater, to discharge electricity from your body, and only then do you touch your computer mouse. You go to the bathroom, put your hands under running water, and you get a little electrostatic shock. This happens all the time.” He jokes that maybe people are constantly charged up here because of the proximity to the pole. 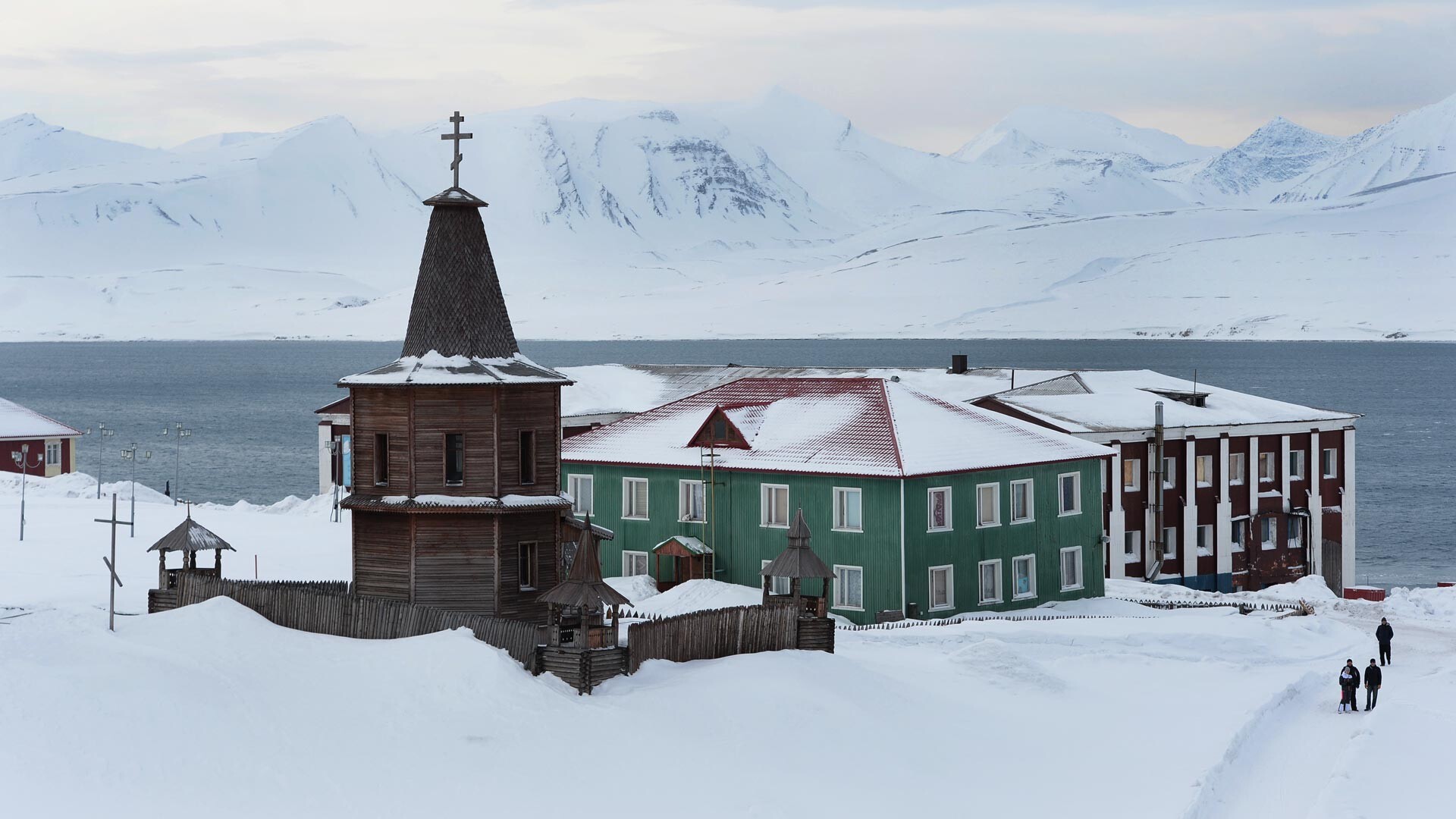 An old wooden chapel in the miners' town of Barentsburg on the Svalbard archipelago.

The territory covered by the Arctic desert includes the archipelagos of Novaya Zemlya, Franz Josef Land, the New Siberian Islands, as well as the very north of Yamal, Taimyr, Yakutia and Chukotka.

There are few settlements up here. In addition to Billings, the mainland part of the Arctic desert also includes the villages of Dikson on Taimyr (with a population of just over 500 people), Barentsburg on Svalbard (490 people), as well as several camps where rotational workers producing oil and gas, in which the Arctic is so rich, live and work. 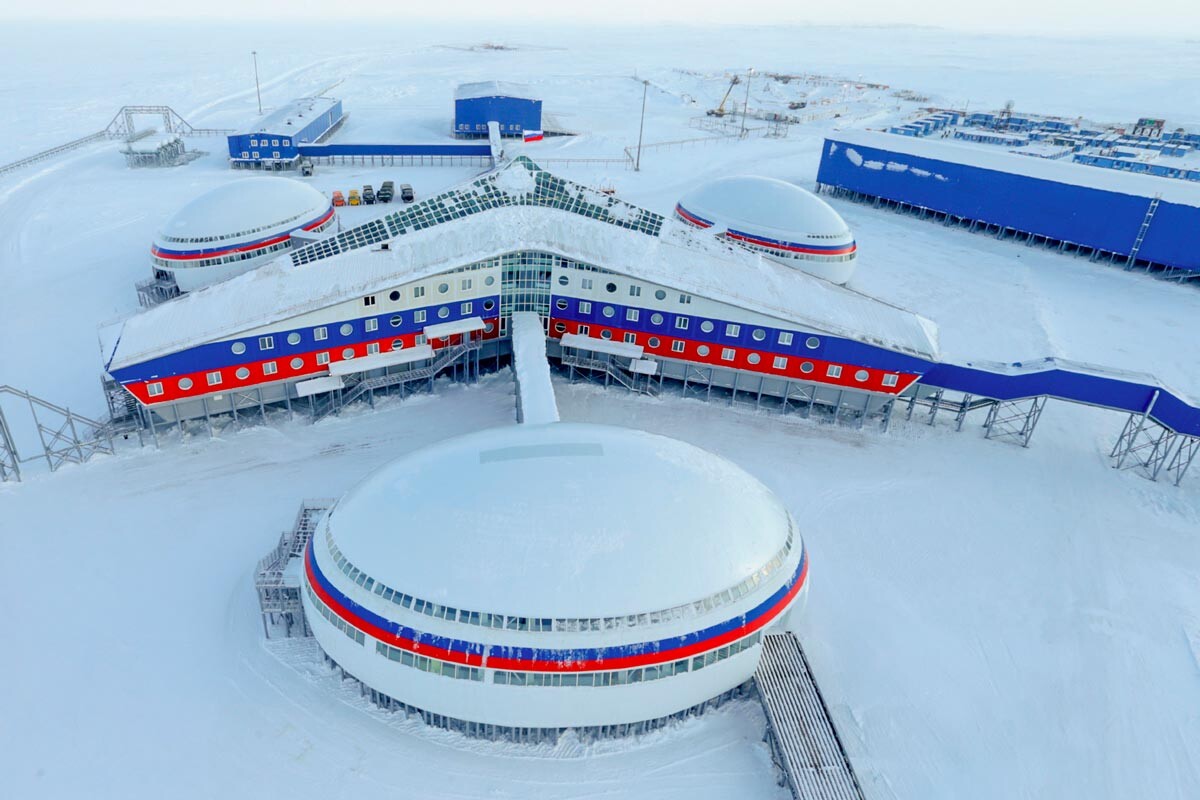 The islands in the Arctic Ocean are home only to military bases and polar stations, where scientists work. These include Arctic Shamrock and Northern Clover, Russia's northernmost military bases, which are located on the islands of Alexandra Land and Kotelny. Each base consists of several buildings connected by walkways so the service personnel do not have to step outside when moving from one building to another. 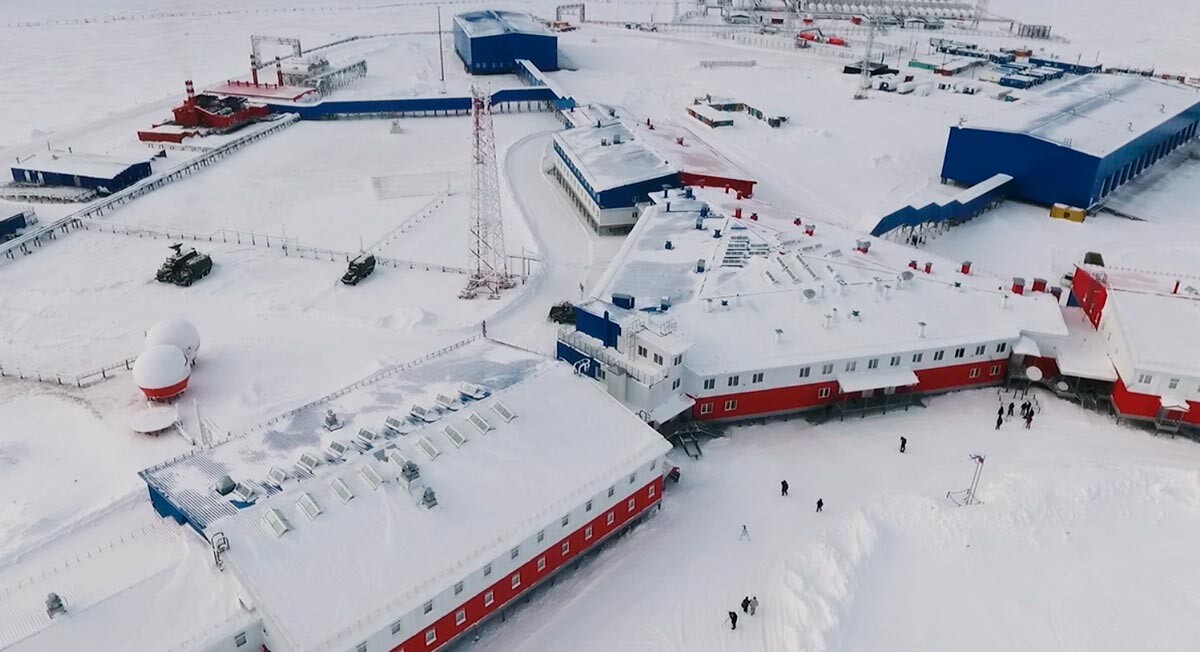 Ministry of Defense of Russia (CC BY 4.0)

Heiss Island, which forms part of the Franz Josef Land archipelago, has been home to the country's northernmost weather station since Soviet times. There are only five people living here now, although before the collapse of the USSR the figure was close to 400.

One of the dangers that inhabitants of the Arctic desert must face are polar bears, who can come toward people in search of food. 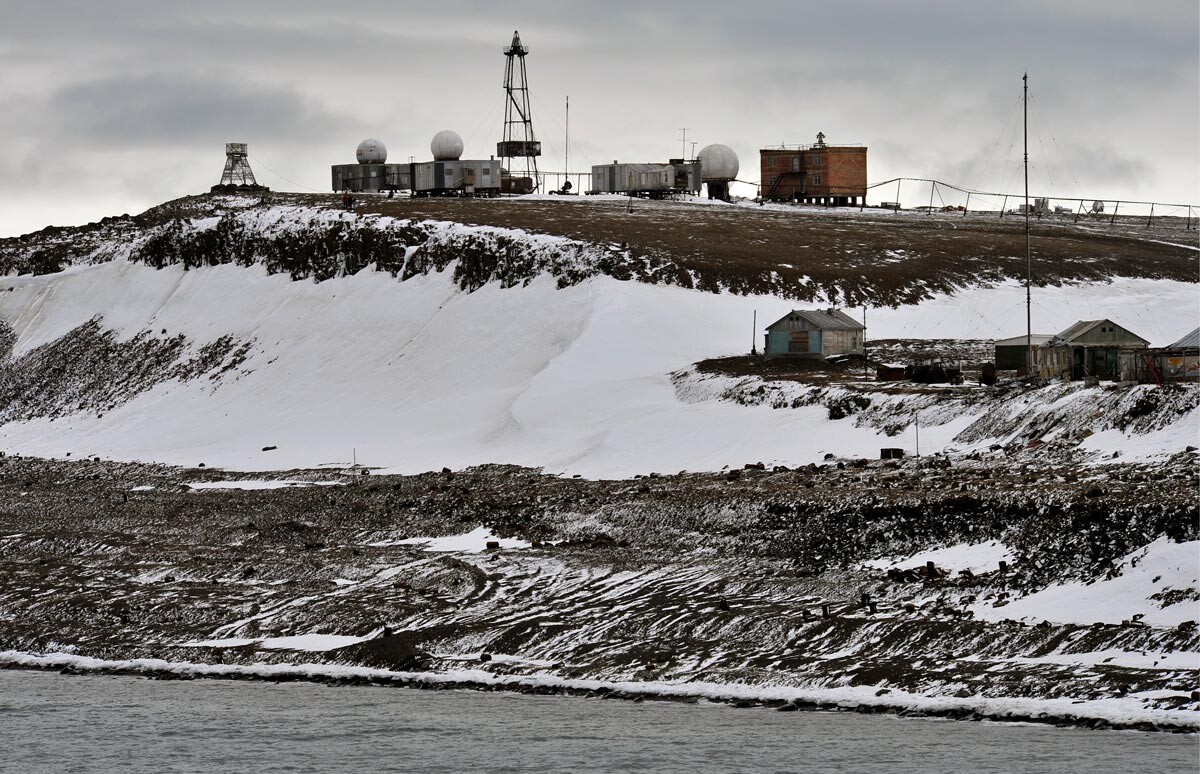 Despite being inaccessible and dangerous, these areas attract a large number of tourists. Some islands of the Franz Josef Land and Novaya Zemlya archipelagos form part of Russia's largest national park, called the Russian Arctic.

Every year, some 1,500 tourists visit the islands of the Arctic Ocean to admire polar birds, see majestic glaciers, walrus colonies and the stunning Arctic landscapes. The only way to get there is by icebreaker from Murmansk or Arkhangelsk, and this does not come cheap, with prices for a week-long trip starting at around $5,000 for a place in a cabin. But it is definitely a once-in-lifetime adventure!