Why did Soviet leaders and celebrities change their first & last names to Russian ones? 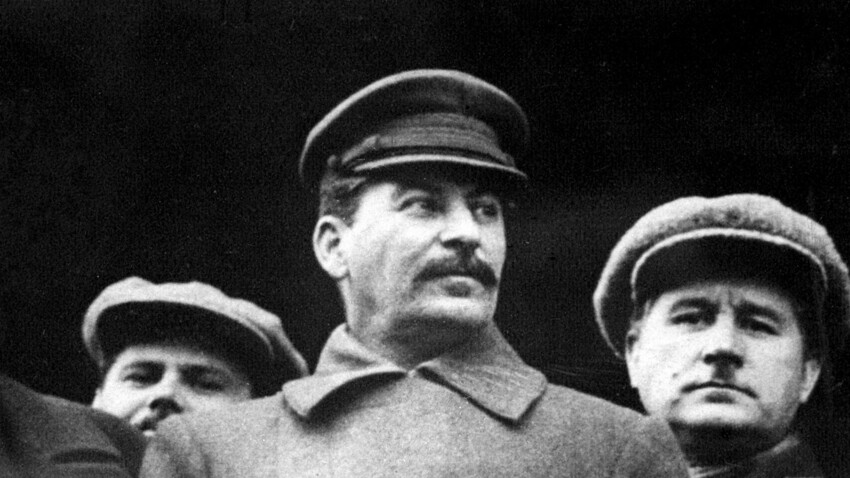 Public domain
Why Joseph Dzhugashvili began to call himself Stalin and why the Soviet intelligentsia as a whole had to choose new last names for themselves – we’ll explain the root of the Soviet phenomenon of renaming oneself.

Today, it’s hard to imagine how a president of a country would take an alias like some show business star and forget his real name. But, less than a century ago in the USSR, it was the norm. Not only high officials did it. Scientists, actors, directors, authors all changed their first and last names. And the ideal characteristic of the new “alias” was its Russian origin.

Getting rid of an indecent last name

Before the Bolsheviks came to power, it was hard – almost impossible – to change your inherited last name. Exceptions were made only for noblemen under special conditions or for foreigners who converted to Orthodox Christianity: in this case, they could change their first and last names to Russian ones.

Last names were most often formed according to several rules: from baptismal names (for example, Denisov from the name Denis), from nicknames (Tuchkov – from the word tuchny [corpulent], Kozlov – from kozel [goat]), from professions (Maslennikov [maslo – butter, oil], Klyuchnikov [klyuch - key], Svechnikov [svecha – candle]) or from geographic and topographic names. However, the Soviet era started with the tearing down of the usual order of things and one of the Soviets’ first decrees was the permission to change last names. Several years later, in 1924, they also allowed people to change their first names.

The procedure was simple and many hurried to follow it. For those who worked in the public field and were famous that was even sometimes necessary. For example, in 1979, they refused to send the first Bulgarian astronaut Georgi Kakalov into orbit until he changed his last name (in the Russian language, Kakalov invokes indecent associations). As a result, he went into orbit as Georgy Ivanov. 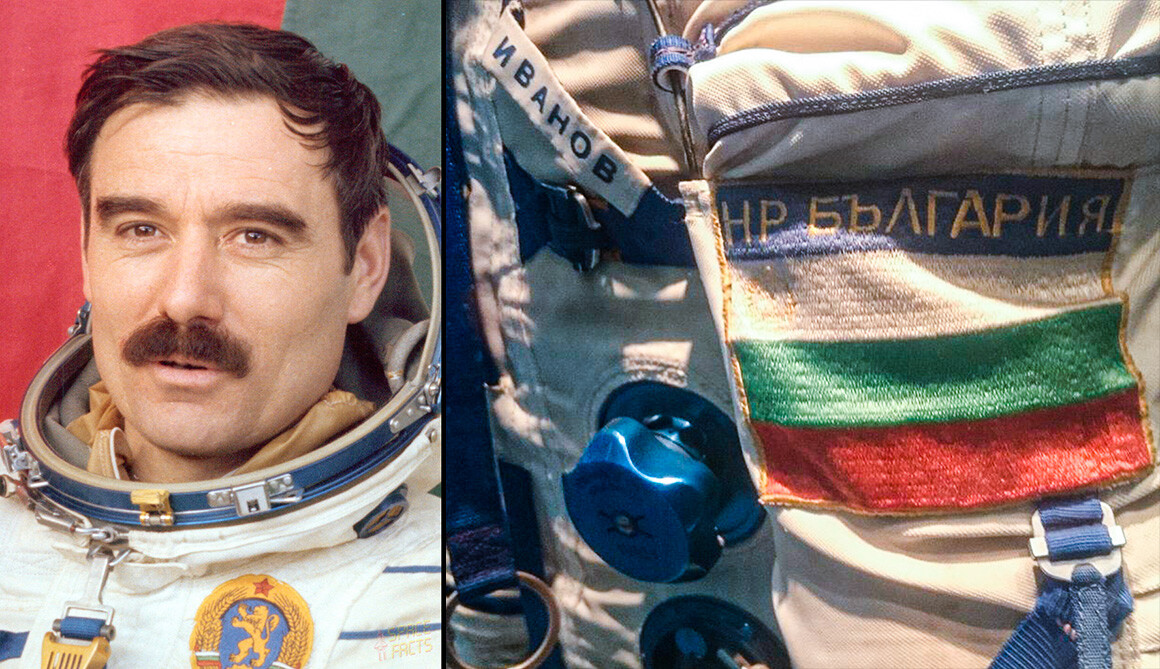 However, this procedure was popular not only among the owners of insulting or indecent last names.

To become “our guy”

The most famous man who changed his non-Russian last name was, perhaps, Joseph Stalin. Georgian Joseph Dzhugashvili had more than 30 aliases under which he was known in revolutionary circles until 1911. At that time, he was usually simply called Koba – a very symbolic name for Georgia. Koba is the Georgian equivalent of the name of the Persian King Kobades (Kavad I), who conquered Eastern Georgia at the end of the 5th century and made Tbilisi a capital for 1,500 years. Of course, such historical parallels attracted Dzhugashvili. 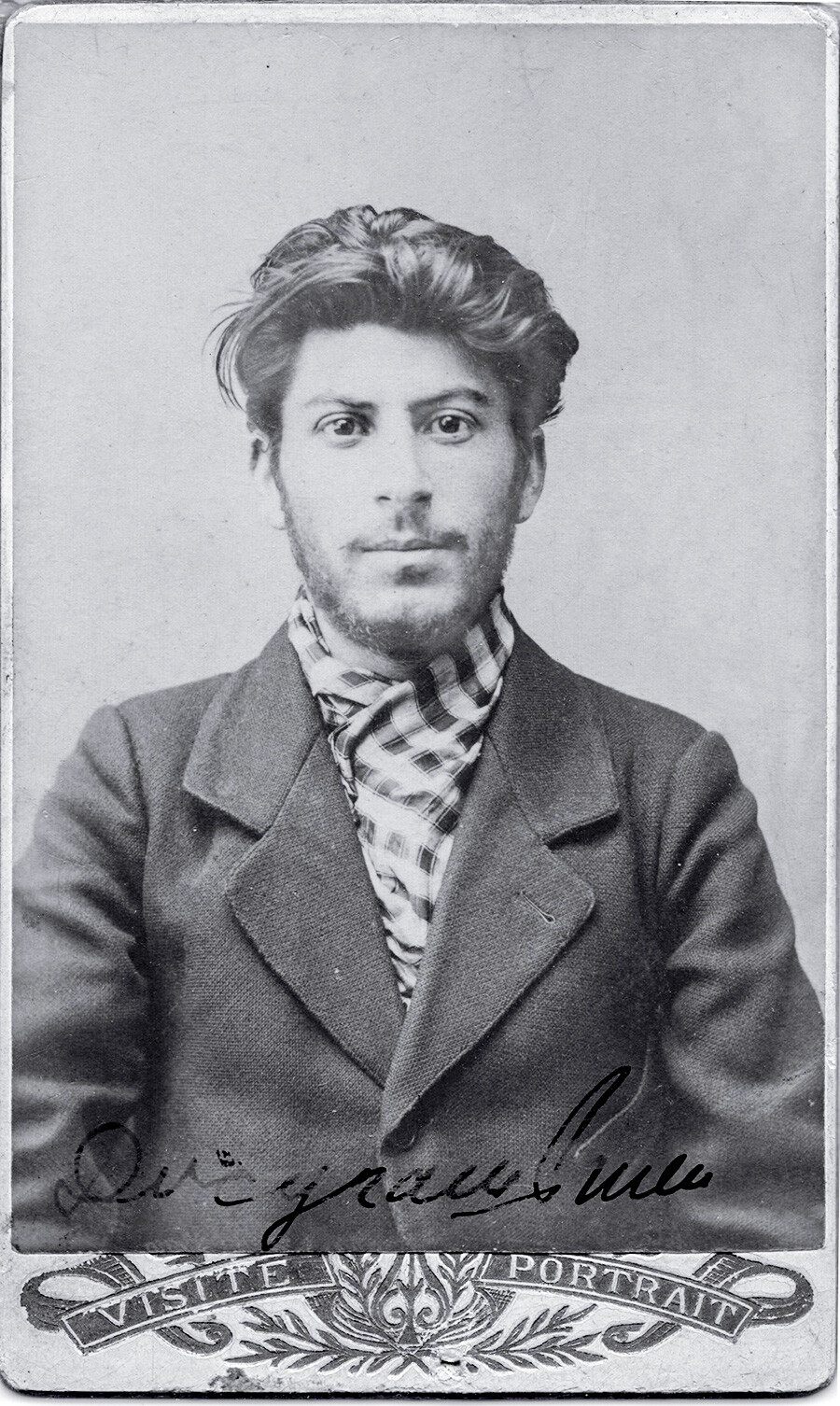 Although Koba as an alias was convenient and understood only among the peoples of the Caucasus, the ambitions of the Georgian revolutionary began to spread far beyond just the Caucasian region. His influence entered the “federal” level, his connection to Russian party branches grew. The new cultural and language environment demanded a different last name – with a Russian sound to it. In 1913, he, for the first time, put his signature as Stalin under his work ‘Marxism and the National Question’ and his choice ultimately fell on this alias. The first association to rise with the mention of Stalin is the word stal’ (steel), which was extremely lucky (what his alias really meant we explained here).

But, for example, General Secretary of the USSR Yuri Andropov had a different reason to change his last name to a good-sounding Russian one.

Researcher-biographers of the Soviet party leadership write that the original last name of Andropov, who ruled the USSR in 1982-1984, was Liberman and, during his life, he changed his last name five times (data about Andropov’s origins is still classified). Allegedly, his father Velva Liberman was a Polish Jew, while Andropov was the last name of his second step-father. 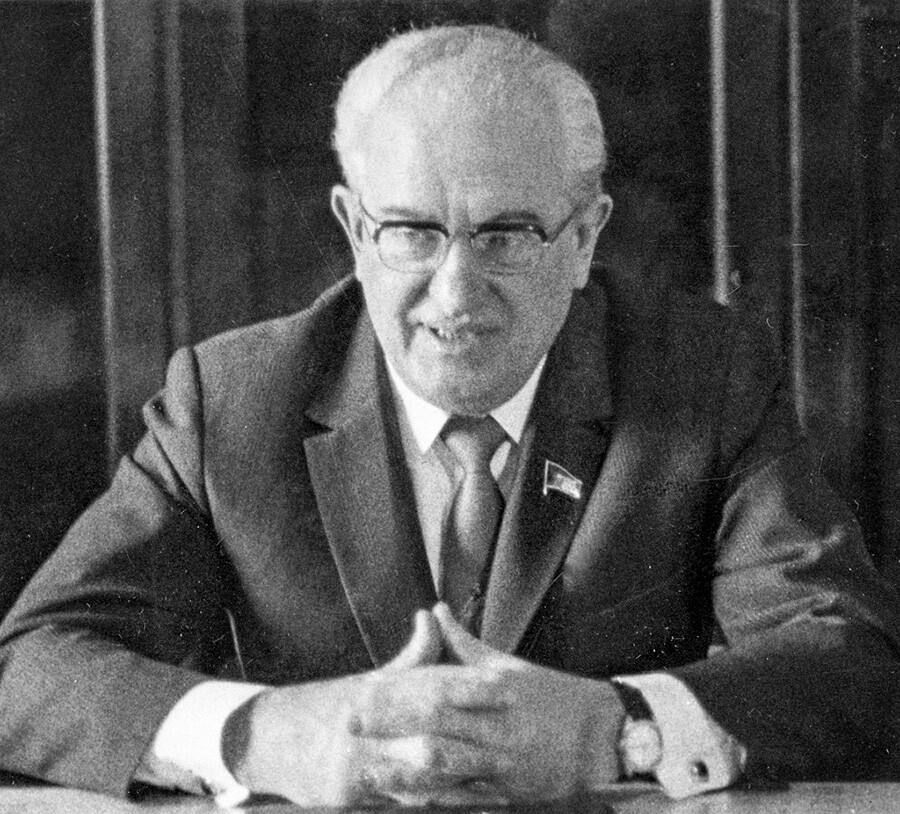 Hiding one’s national identity in the USSR was justified by state policy. The USSR hosted 128 nationalities, but Russians were the titular nation, which was stressed after the end of World War II. The first push towards a new course was Stalin’s toast at a reception in the Kremlin on May 24, 1945, when he marked the role of the Russian people as the leading force and called it “the most outstanding nation of all nations forming the USSR”. 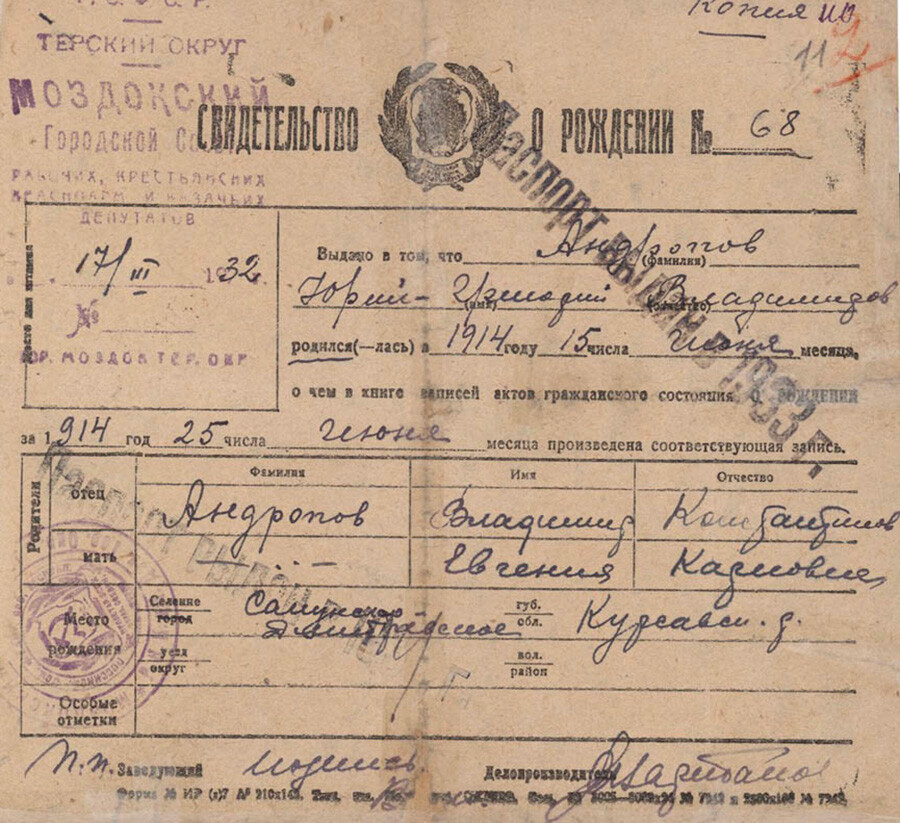 In the USSR, one’s nationality (which was even stated in passports) tacitly influenced one’s ascension on the career ladder and access to social, educational and scientific resources. Basically, if you wanted to achieve certain heights, your non-Russian last name could become a liability. It was especially so for people with Jewish origins. After the formation of the state of Israel in 1948, the Jews were regarded with special suspicion, assigning them pro-Western views and patriotic enthusiasm (according to the Soviet authorities, it was evidence of disloyalty to the “Soviet” homeland). 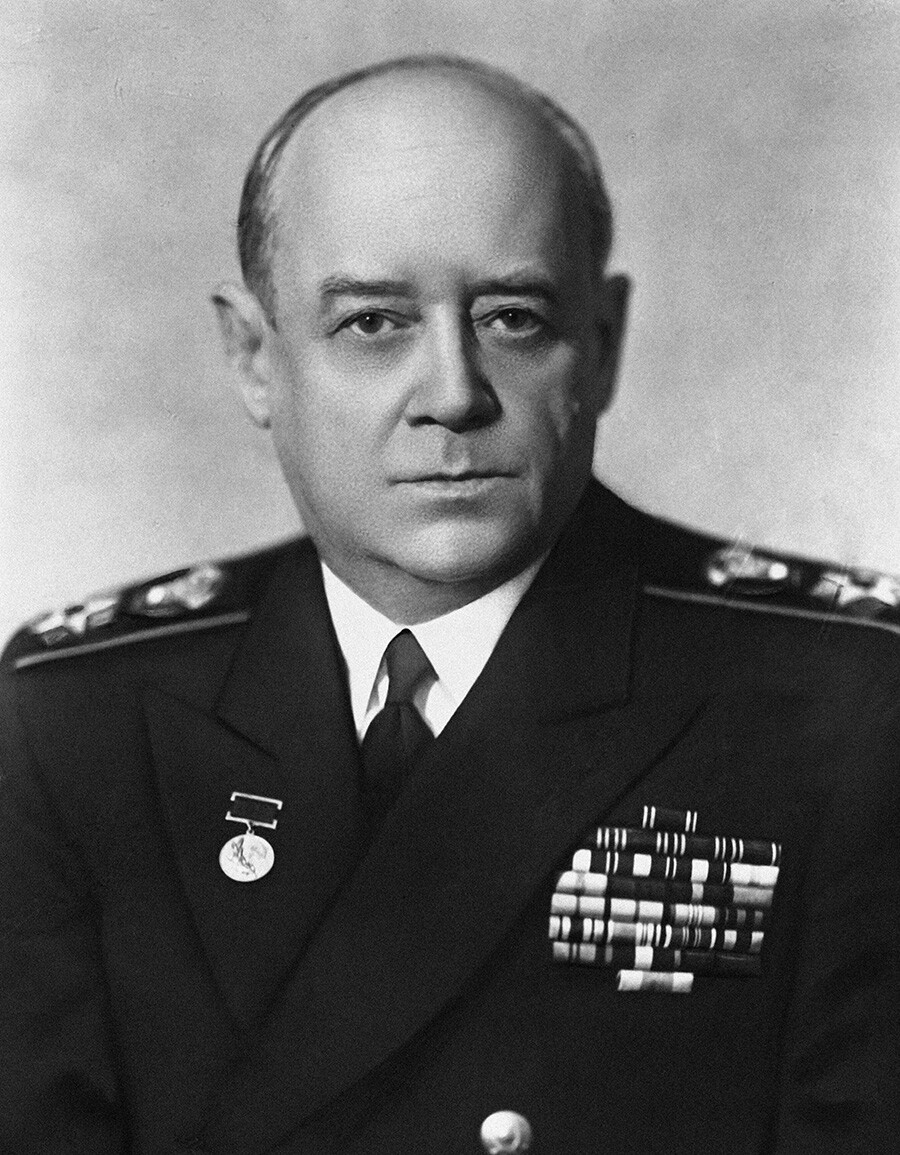 Admiral of the Fleet of the Soviet Union Ivan Isakov

This struggle against cosmopolitanism (the so-called political campaign against Western tendencies) penetrated all areas of life – from literature and arts to humanitarian studies. That’s why so many representatives of the creative and intellectual intelligentsia strove to improve their standing with the change of their first and last names. Among them was a Soviet military commander, Admiral of the Fleet of the Soviet Union Ivan Isakov (an Armenian, Hovhannes Ter-Isahakyan), People’s Artist of the USSR Faina Ranevskaya (a Jew whose birth name was Faina Feldman), Lenin Prize winner and actor Innokenty Smoktunovsky who came from a family of Polish Jews, exiled to Siberia and many others.

Read more: Why the USSR was no Promised Land for Jews