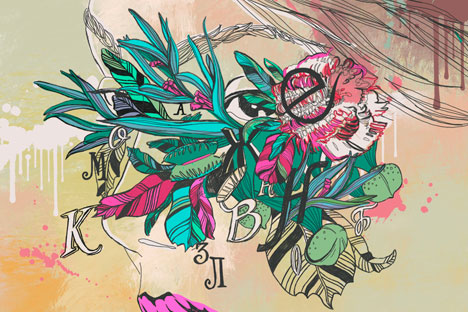 As he compiled a recent anthology of young Russian women writers, prominent author Zakhar Prilepin found common themes that intrigued and disturbed him.

To the western reader with a basic grasp of Russian literature, contemporary Russian women’s prose evokes such names as Lyudmila Ulitskaya, Tatyana Tolstaya and Lyudmila Petrushevskaya, all of whom established themselves in the literary field in the late 1980s.

It’s probably futile to seek a common denominator among these literary heavyweights. If anything, their prose is seldom life-affirming, and generally weighs heavily on the reader, at times painting the bleakest impression.

The explanation is simple enough: These writers spent the greater part of their lives in the Soviet Union, and their recollections of these years tend to be harsh. That’s just how it was in those times.

The next generation of serious writers, emerging in the 1990s, yielded much less, and it would be quite a stretch to name any of these on an equal footing with Ulitskaya, Tolstaya and Petrushevskaya. The strongest prose writer of that period is Olga Slavnikova, who arguably stands alone, an heiress of the Nabokovian tradition.

Overall, however, women’s prose of the 1990s carried a sense of rampant, almost shameless liberation. One needs only to recall the novels of the prematurely departed Natalya Medvedeva.

Women writers strove to distance themselves as far and forcefully as possible from Soviet prudishness and any attempt to restrict the freedom of the individual, women included.

But there was already a foreshadowing of some kind of inevitable tragedy. Soviet power is now long gone, by almost a quarter of a century. Yet an entire generation of new female writers who did not fully experience those times had matured, and was compelled instead to somehow find its way in this equally unsavoury new era.

Truth be told, the style of a good number of authors of the Soviet era was quite crude. Every ugliness endured by their protagonists was always explained as a product of the sins of the Soviet regime. It was almost as if people would have been unconditionally happy were it not for Soviet rule. Men and women would not break up or torment each other, every last person would have enjoyed a serene childhood, even household pets would have lived to the ripe old age of 100, and people would not have walked on the ground but rather gently float along.

Then in the “noughties” there came an amazing discovery: without Soviet rule, however awful parts of it were, women did not become any happier. Life actually seemed to get harder.

One can attribute this hardship to both ontological and social causes. I was recently commissioned to compile an anthology of the latest women’s prose. It comprised short stories and novellas of 14 writers aged 25 to 40. The works of the most prominent names of this generation, Maya Kucherskaya, Marina Stepnova, Alisa Ganieva, Anna Starobinets and Natalya Klyucharyova, had already been translated into the main European languages, and you may compare your impressions of their writing with my own.

I did not apply any particular criteria in the selection of the texts for this anthology, I simply chose ones that I liked from the leading women writers of our time. Before submitting the manuscript to the publishers, I reread it once again and was surprised to see just how clearly some tendencies shone through.

In short, contemporary women’s prose is characterized by political apathy. And suddenly it became clear that a person can feel good or bad regardless of what economic system the state utilizes. The world around a woman has so little epic content that it is necessary to find something eternal within oneself and not externally.

Another hallmark of this genre of prose is the determination of the heroine to find happiness - but this determination never translates into reality.

There is no more Stalin, no more NKVD, no need to talk about mass repressions. Even the wars in Chechnya did not affect such a large part of the Russian population as one might think. But nonetheless one gets the sense that the lyrical heroines invented by today’s women writers inhabit a deeply oppressive world. This world is dangerous and wicked, it is a fearful thing to give birth here and even more perilous to live in it. 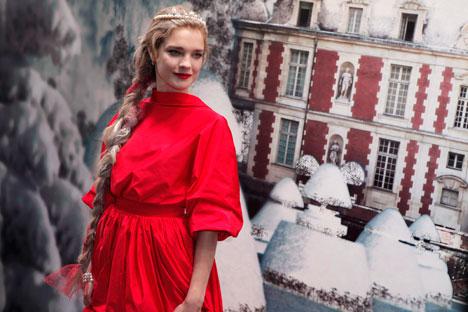 The magnificent 7: Russia’s leading lights of the catwalk

That which manifested itself as the tragic premonitions of the 1990s and the following decade has become a tuning fork, setting a constant tone: the sense of bewilderment and pain (as exemplified by Klyucharova) becomes a sense of impending horror in, say, the work of Starobinets.

At the same time, the values expounded by the figureheads of women’s prose are entirely traditional and even conservative: the sanctity of human existence and daily life, family and compassion, and profound, unobtrusive yet distinct religious devotion.

But what troubled me in these texts by the new generation was the absence of men. Not even appearing in the role of providers, let alone as main or even episodic protagonists. Dozens of texts featured no men at all!

And if all of this is feminism, then it is as if it has been foisted on womankind: she did not want it, nor does she particularly need it.

But it has already gone beyond this choice, and the woman in contemporary prose creates her life in solitude. The woman lives with all her might, and does not surrender until the very last moment.

And, it seems, she is now learning to choose whether to be happy or unhappy. By nature, women cannot live for the sake of irrational values - only men have such a luxury. A woman bears a child, and that means there must be a future, which in turn means that there must be hope.

And hope there is. In spite of everything, it is there, but exactly where, I have yet to understand. Evidently, hope is woman herself.

Well, that’s something at least…

Read more: Who is Marina Stepnova?