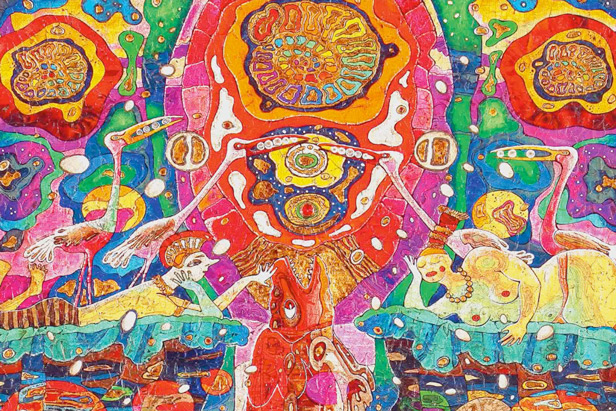 Dmitry Sandjiev is one of the most respected artists of Russia and represents the Republic of Kalmykia, a Buddhist regional community in South-Western Russia.

In the late 1970’s, Sandjiev began experimenting with illustration and perfected his graphic ability by combining academic traditions with his own personal visions and dreams. In 1981 he graduated with honors from the Moscow Academy of Fine Art where he specialized in graphic work.

Since than, he has been pursuing both the art of drawing as well as the art of painting. His pictures provide a fresh approach of spirituality and creativity. In 1998 Sandjiev participated in a charity auction for Sotheby’s Private collectors all over the world have been following and purchasing his work on a regular basis. In 2001 he became an academic at the Russian Fine Art Academy.

Dmitry Sandjiev has been extensively showing in Russia, Europe, China, Australia and the United States. His work is in major museums collection such as: US Congress, Washington Ludwig Museum, Cologne Museum of Modern Art, Moscow Museum of Oriental Arts, Moscow Tretyakov Gallery, etc.