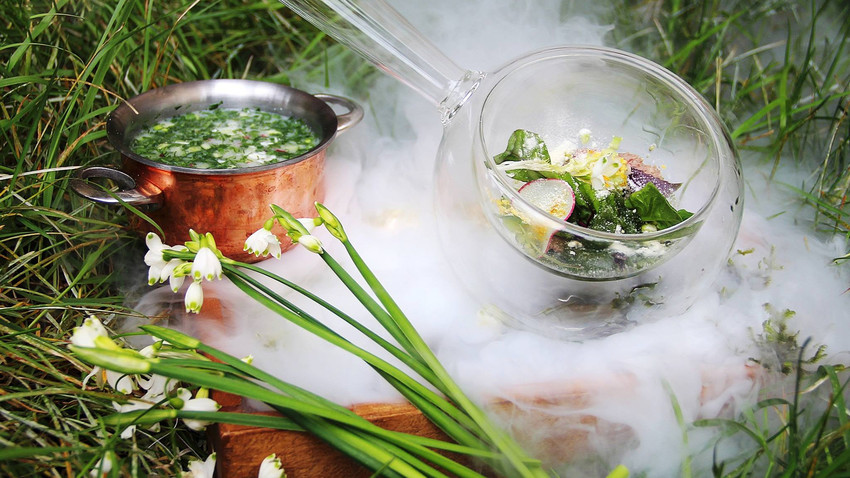 Restaurant "Baran-Rapan"
Head chef Andrei Kolodyazhny works in the field of gastrobotany. He knows better than any other Russian chef how to correctly pick herbs and how to serve the reed that during the blockade saved the residents of Leningrad from hunger.

Andrei Kolodyazhny is the brand chef of a new Moscow restaurant named Moskvich and former head chef of Baran-Rapan in Sochi (995 miles south of Moscow). For many years now he’s been studying herbs, berries, and trees and frequently uses them in his menu. He tells Russia Beyond how he accustoms clients to forgotten products and about his plans to open "a farm in the center of Moscow". 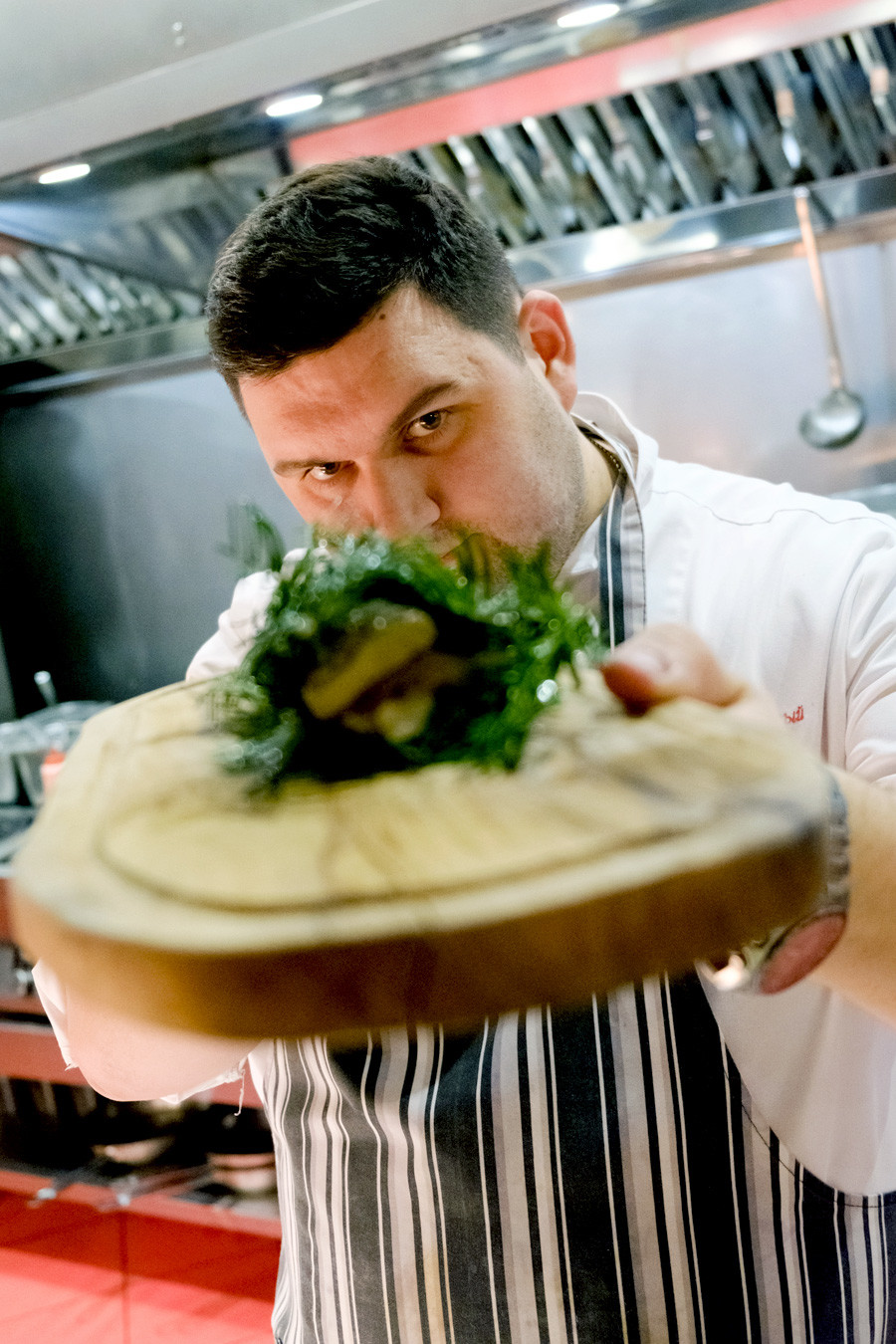 What interests you about gastrobotany?

I’ve been in this field for more than ten years. When I was small we used to go pick rosehip, nuts and various herbs. The diversity and abundance of nature in the southern region where I grew up is perfect for this. And at one point, when I was already working in a restaurant, I decided to add thyme foam to raspberry mousse. This combination was successful. I liked the result and continued making these kinds of experiments.

Then I deepened my knowledge of the subject. I did internships at Noma and Geranium (located in Copenhagen, they are among the most famous restaurants in the world) and today I can say that I have gone beyond the boundaries of traditional gastrobotany. This term was invented by Spanish chef Rodrigo de la Calle. It means cultivating forgotten plants and traditions. We went a bit further and began working with wild herbs and plants, studying their seasonality. We also introduced our own botany. I have a book called Edible Herbs and Flowers, published by a scientific institute in the 1960s. Sometimes I rely on such works.

Our ancestors did all this in the past. Do you also rely on their experience?

Ninety percent of all this knowledge has been lost. Of course, in certain villages you can find old men and women who still do this, who still go picking herbs. There are people who are interested in this from a scientific point of view. I collaborate with two herbalists from the Moscow Scientific Research Institute. Essentially, all this needs to be revived. For example, the reed has a lot of starch. It is a product that was eaten in the 8th century and now can be found on our tables. People ate it to save themselves from hunger during the blockade of Leningrad (now St. Petersburg). 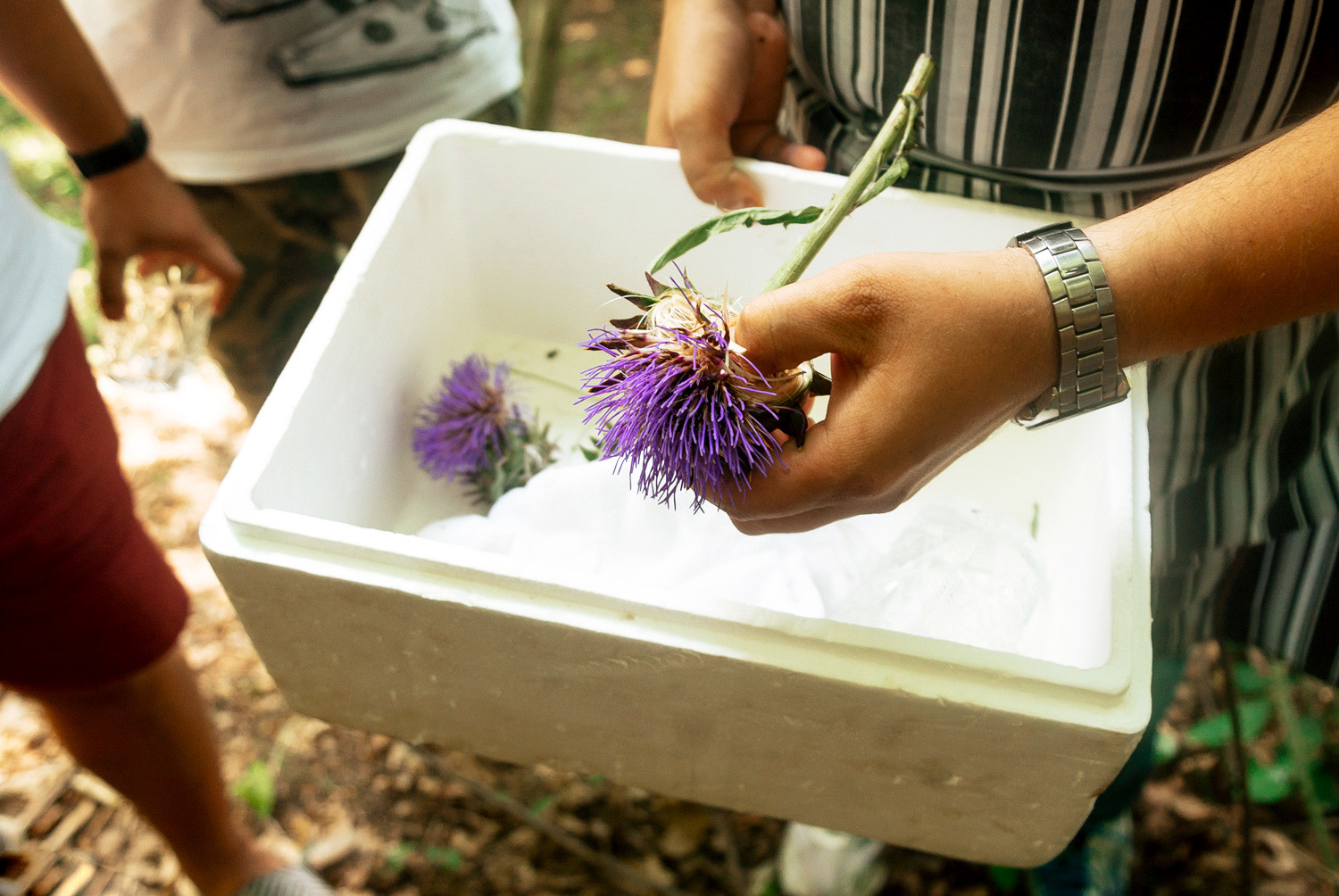 What do you think of the potential of Russia’s nature? In particular, regions such as Siberia, Altai…

Our country is enormous and the herbs are different everywhere. Some regions have more, some less. I constantly discover new places. I was on an expedition in Altai and if you compare it with the Caucasus, which by now I know completely, you’ll find 70 percent of the herbs that we have.

When I returned to the capital, I started studying the herbs of the Moscow Region. I drove 75 miles from Moscow. Russian nature is very rich and diverse. Sochi has saffron – I collected it myself. We even have truffles.

Do we have herbs that cannot be found in the West and vice versa?

I think that the herbs of Nice resemble those of Sochi, while Copenhagen is similar to St. Petersburg. Recently at the Russian-French Gastronomic Seasons Festival in Monaco I was provided with all the herbs and flowers that I had asked for. Many things are similar. What is different is the seasonality. For example, in Monaco’s botanical garden there were a lot of prickly pears, while in Sochi they are not growing anymore.

In Russia you can find practically anything. Each herb and plant has its natural interval. I have a chart for this. It took me three years to make it. However, it is for the south. Now we are making a chart for the central region. We are studying what grows there and this will be used in our work.

Who supplies you with herbs and flowers?

We do. Once or twice a week we go to pick herbs. We go outdoors and start picking. Yes, we make mistakes. But we never experiment on guests. We try everything ourselves.

Before the Moskvich restaurant opens in Moscow I still have to learn many things. Perhaps we will grow some things ourselves, some things we’ll go picking. 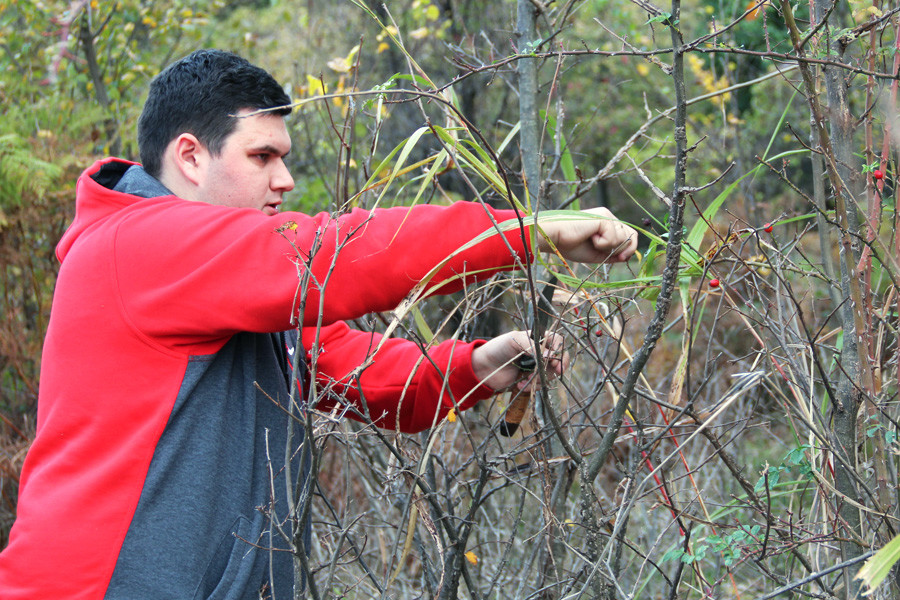 What else do you use besides herbs?

Berries! Primarily cranberries and lingonberries. In Moscow, for example, I have discovered bird cherry, which doesn’t exist in the south. There is also birch juice and sapwood, which is the bark of the birch or the spruce. I use it to make flour. In Sochi I made flour from palms.

In Russia you are one of the pioneers in this field. How did your clients react to this novelty?

In the beginning I didn’t put these dishes on the menus of the restaurants where I worked. People just didn’t understand it all. We started offering gastrobotanical elements at Baran-Rapan restaurant in Sochi, but gradually, mixing them with something customary.

Let’s take a basic dish: beef stroganoff. We made the cream not from potatoes, but from burdock and potatoes. Then we reduced the quantity of potatoes and added more burdock. That is how we gradually accustomed people to gastrobotany. We had been used to placing a flower or an herb on the plate to embellish it, without thinking that this herb can interact with the main product, be it pumpkin, potato or meat. 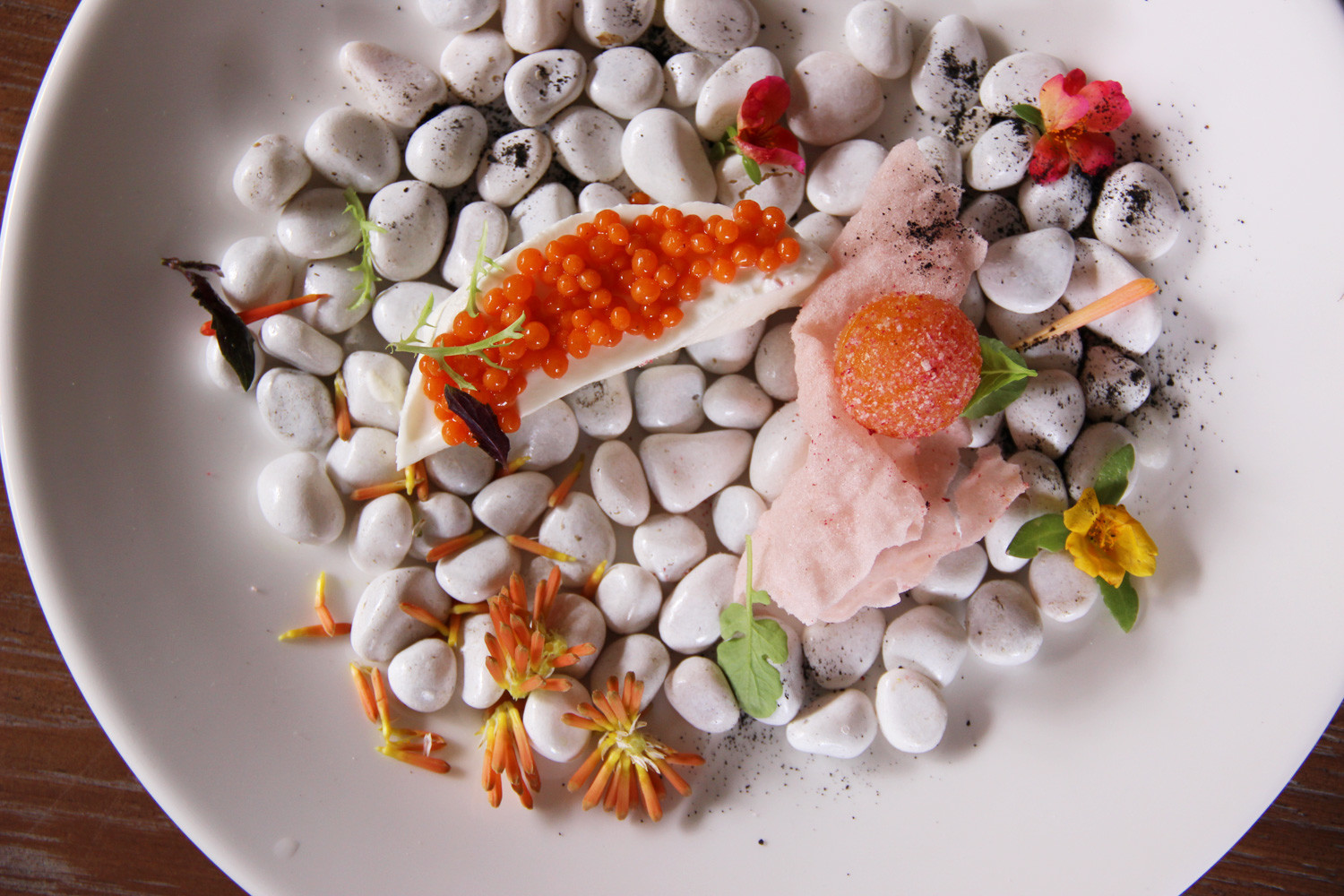 Do you believe that cuisine should not only be tasty but also nutritious?

This is exactly what we did at the restaurant in Sochi before I left. Besides the components – proteins, fats, carbohydrates – we also explained why a particular product should be eaten instead of meat. Everyone today is trying to lead a healthy lifestyle, to eat nutritious food. And if this is a bioproduct, which is picked by hand, then it is healthy. Bioproducts and organic products will be nutritious from the start. We cannot grow reeds or burdock or something of their kind using hydroponics or using many rows.

In Moscow you are preparing for the opening of Moskvich restaurant. How are you planning to surprise your clients?

We are planning to open in March and I would call this restaurant “a farm in the center of Moscow.” We have our own creamery. There will be a grill and gastrobotanical dishes. Concerning the cheese, in France I familiarized myself with the local cheeses and herbs and therefore plan to experiment with these products. I also experiment a lot with bread: bread with herbs, sourdough bread, yeast bread, with additional flavors, with three-four types of flour.

Check out our text on 6 fantastically delicious Russian vegetarian dishes.