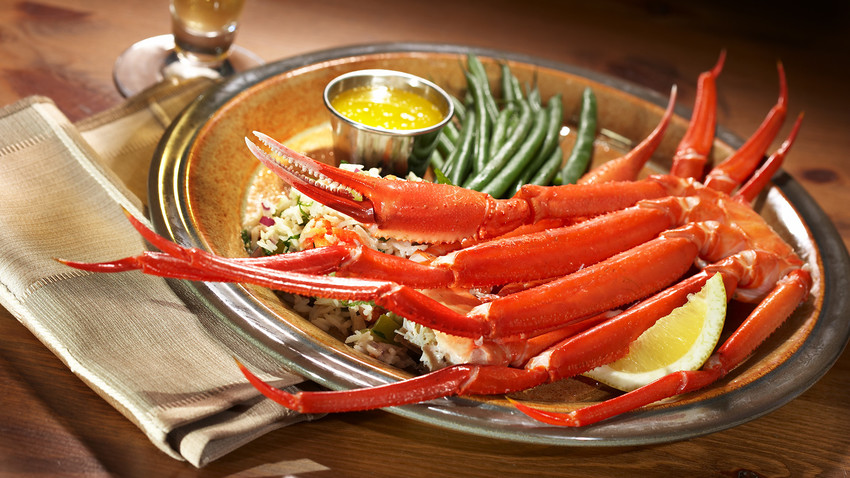 Getty Images
Giant crabs and Soviet-era candies: here are some local delights without which you can’t consider your Far Eastern tour completed.

“Have you already tried Ussuriysk solyanka?” Katya asks as we drive to eat raw scallops on a remote farm in Vladivostok.

“Nope, what's that?” I asked. “That is a must!” she said and we run to the nearest food store. Here are some of the most authentic dishes that you should try in Vladivostok. 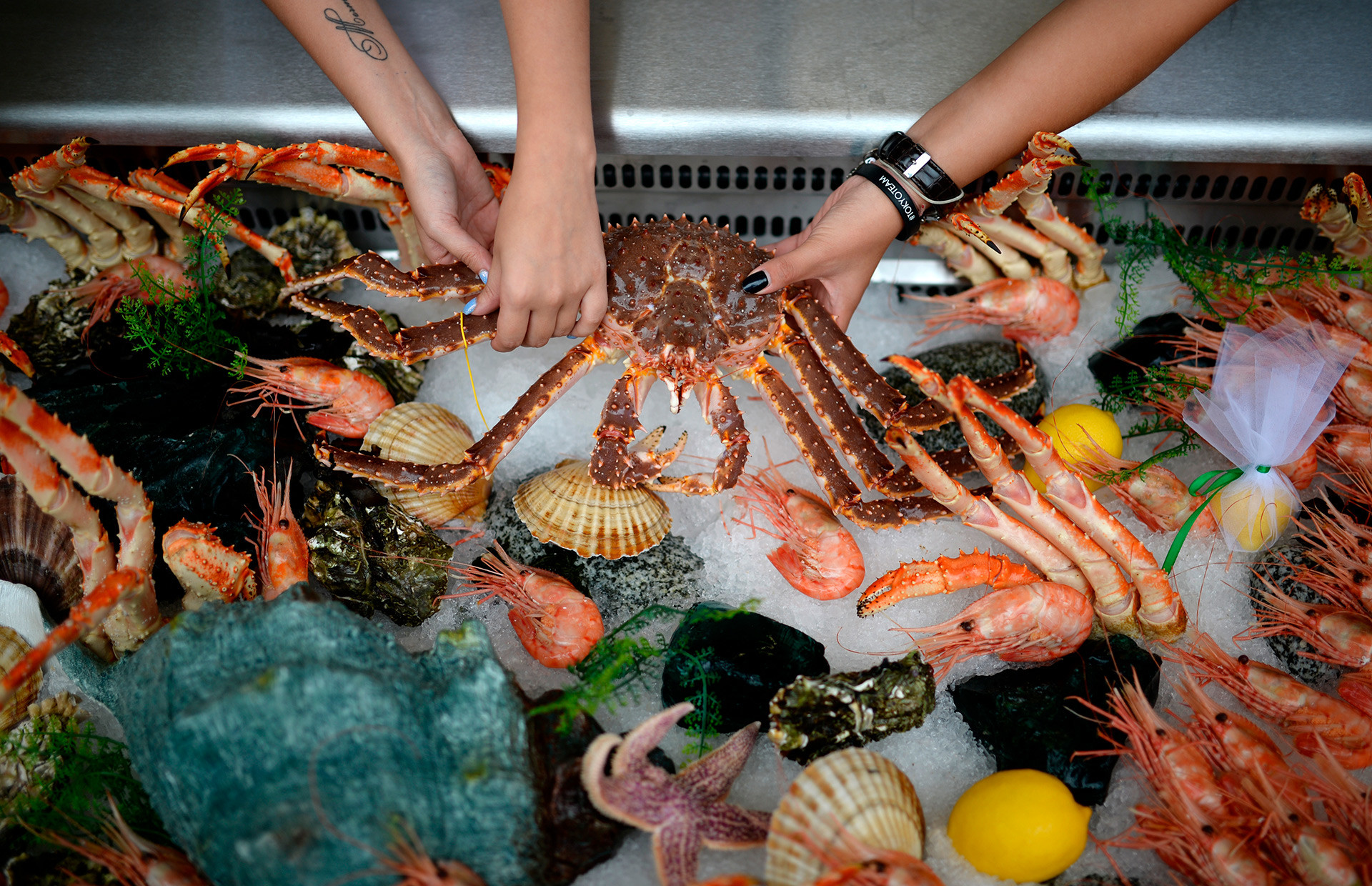 this crab is called 'Kamchatka' this doesn't mean that it lives only by the Kamchatka Peninsula. Also known as red king crab, these magnificent creatures live in the Sea of Japan that washes the shores of Vladivostok.

Restaurants here suggest boiling or steaming an entire crab, but we advise ordering it only if you are two or more persons - it's really big! This is an experience that all Chinese tourists are having here.

If you don't want to deal with cracking the crab legs, however, there are many other dishes with crab: and noodles, salads, as well as boiled or grilled cleaned legs. In any case, the crabs are cooked from the tank and aren't frozen, which is probably the secret of their fresh taste. For sure, it can’t be compared to the fake that most Russians are used to.

N.B. On Sept. 17-27, 2018, Vladivostok's restaurants are holding the International King Crab Festival, 'Grab a Crab.' Isn't this a good reason to come to Russia's East? 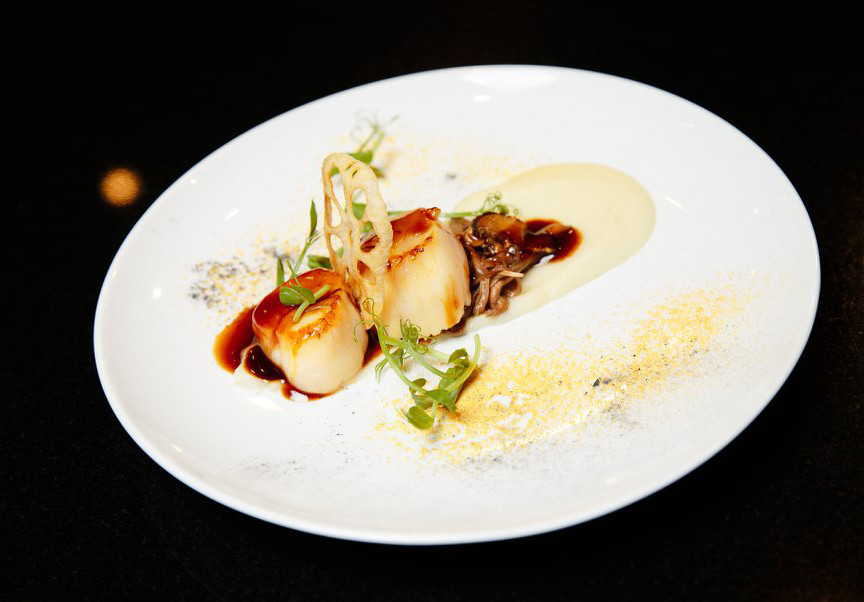 are many scallop farms in Vladivostok's small bays, and this food is one of the most beloved by locals. It doesn't matter which way you prefer eating it – raw, grilled or baked – all of them are perfect.

Try at least one raw scallop with a drop of lemon or soy sauce. Some restaurants serve live scallops in shells, and they move and seem to breathe. If you dare clean them – order them; it will be cheaper sometimes. Scallops have a pleasant sweet taste, which is a little weird for seafood. You can also order scallops baked with other seafood; halibut for example, or a plate of mixed seafood.

N.B. On July 1-16, 2018, Vladivostok celebrates its Festival of Far Eastern Scallops – catch them all! 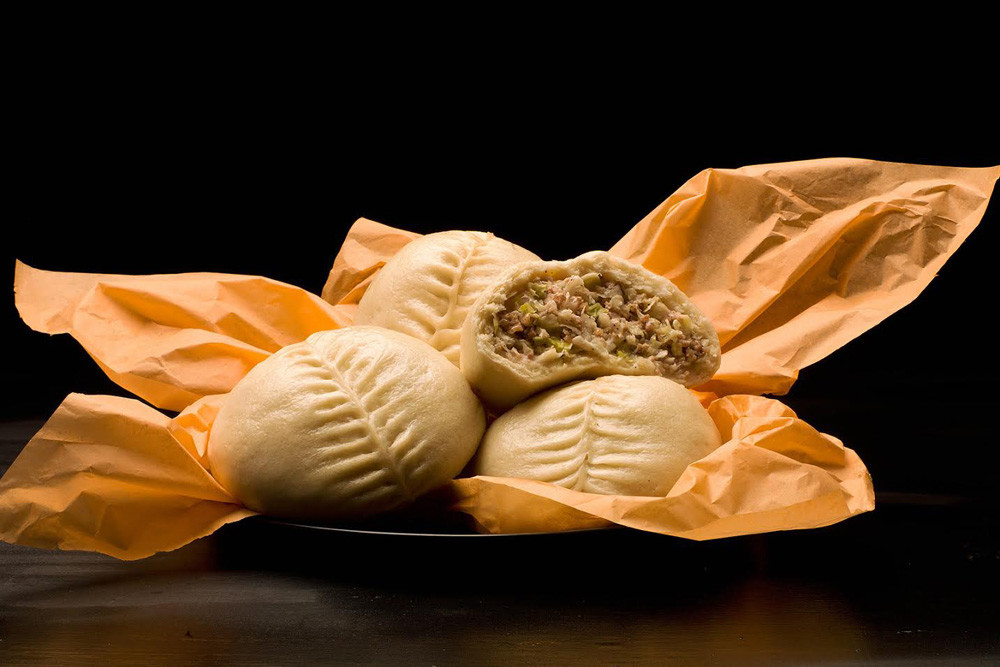 This is a Russian Far Eastern variation of Korean cuisine, and even its name has roots in Sakhalin's dialect of the Korean language. Pyanse became popular about 20 years ago; locals say it replaced Soviet fast food – pies with whale meat, and fish (deep fried filled pies).

is a steamed filled pie, or pirozhok, as we call it in Russian. The filling is usually stewed cabbage, meat spices. We should warn you: it’s a fatty and high-calorie but it probably will be a proper quick lunch for those who jump around tourist paths and Vladivostok's hills.

Where to find: Shiraz Mazzeh Kebab on Yubileyny Beach, or any of the small red food courts around the city

4. Sea cabbage with calamari – snack from the supermarket 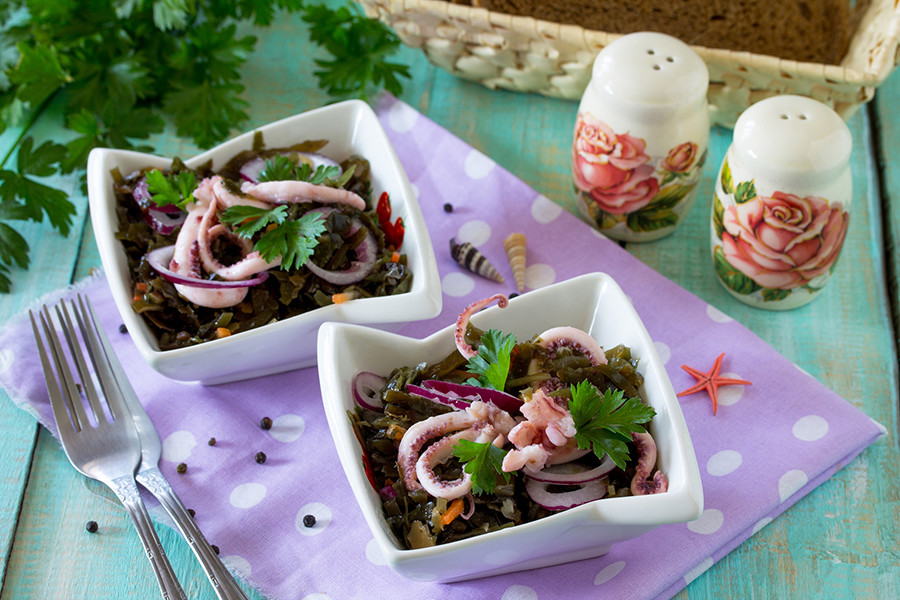 Ussuriysk 'solyanka' is something you won't find anywhere else for sure. If you need to have a quick lunch at your hotel or apartment, this will do the trick. All locals eat it often and strongly recommend it.

Actually, it's just a salad made from sea cabbage, chopped calamari, onion carrot. As Russians use stewed cabbage to make solyanka, this is a Far Eastern take on solyanka. Its salty and iodine taste is something that you will not find elsewhere, but it is a fresh and nice snack. 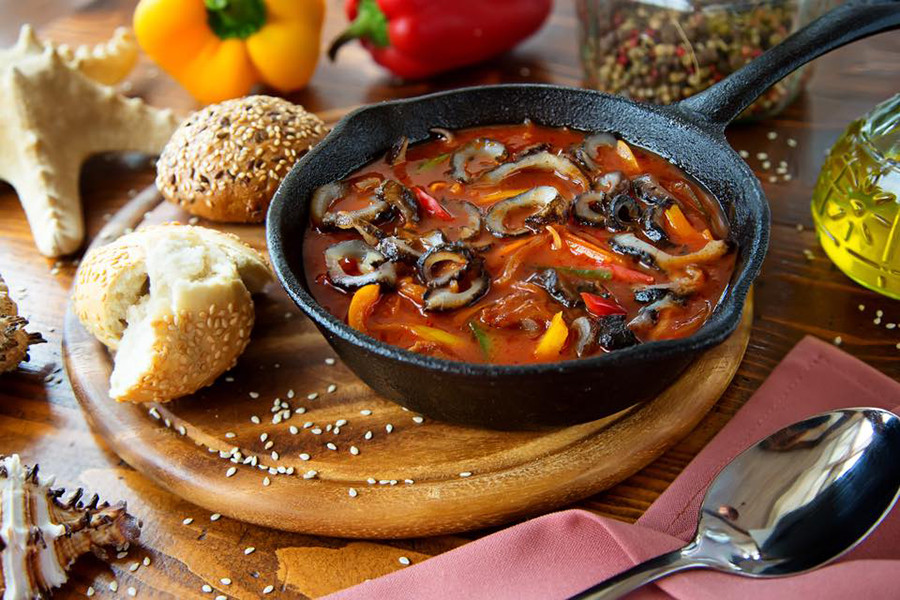 Vladivostok is one of those rare places where you can try this dish, and if you like to taste local food, don’t miss this one.

Sea cucumber is actually not a vegetable, but rather it’s a animal. Maybe we didn’t get lucky because it was challenging to chew due to its muscular texture. You can either buy sea cucumber in the food or order its restaurant version, which is frequently fried with chicken, pork or vegetables.

is another symbol of the Far East and a frequent souvenir that Russians take from Vladivostok. These candies are famous for their natural thickener, agar, which is produced from algae. Candies are also known as ('bird's milk') and its analogs are widespread across the country.

Be careful: there are three tastes: lemon, vanilla, and rum and almond that are unpredictably mixed in the box… But all of them are delicious. We advise candies as a snack for the famous local Ussuriysk balm.

Where to find: local food stores

24 or 48 hours in Vladivostok: What to do in Russia’s most eastern metropolis