What’s up with the Russian lust for mushrooms? 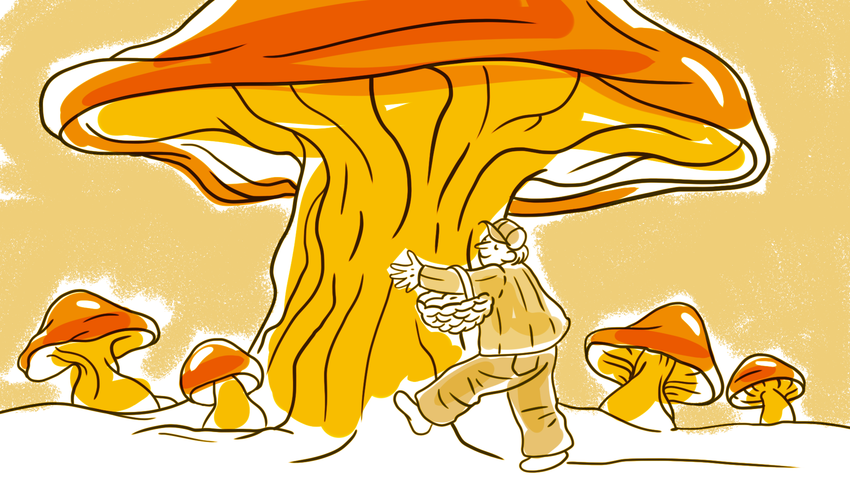 That's the dream of every devoted Russian mushroom-picker.

Natalya Nosova
Not many people in the West like to chow down on delectable forest fungi, but Russians are obsessed with picking mushrooms themselves, sometimes scouring the forest for hours. This “hunt” is a real national sport.

“Almost nowhere else in the world do they gather mushrooms; fearing to mistake poisonous ones for those that are edible. Only in Russia does this ‘mushroom sport’ thrive,” wrote contemporary writer Dmitry Bykov. “Even Russian monuments look like they’re searching for mushrooms! Take Yuri Dolgoruky [the medieval prince who’s believed to be a founder of Moscow]: “Here’s one!” he shouts joyfully, pointing at an imaginary brown cap boletus,” Bykov jokes. 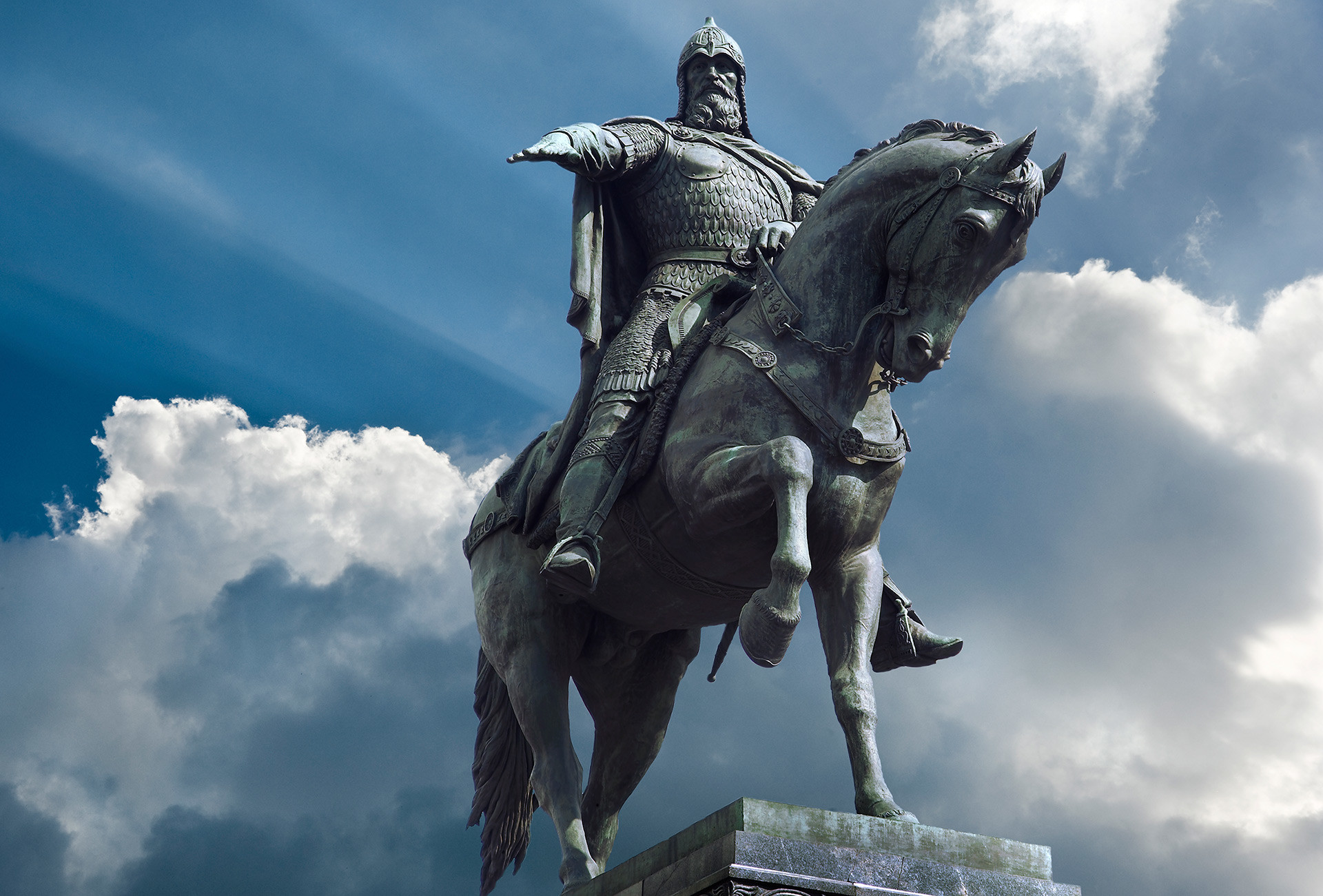 Perhaps he went a bit too far – mushroom-picking is not a unique Russian thing. “Slavic peoples in Bulgaria, Slovenia Republic are very similar to us, and they love to gather mushrooms,” mycologist Mikhail Vishnevsky says. 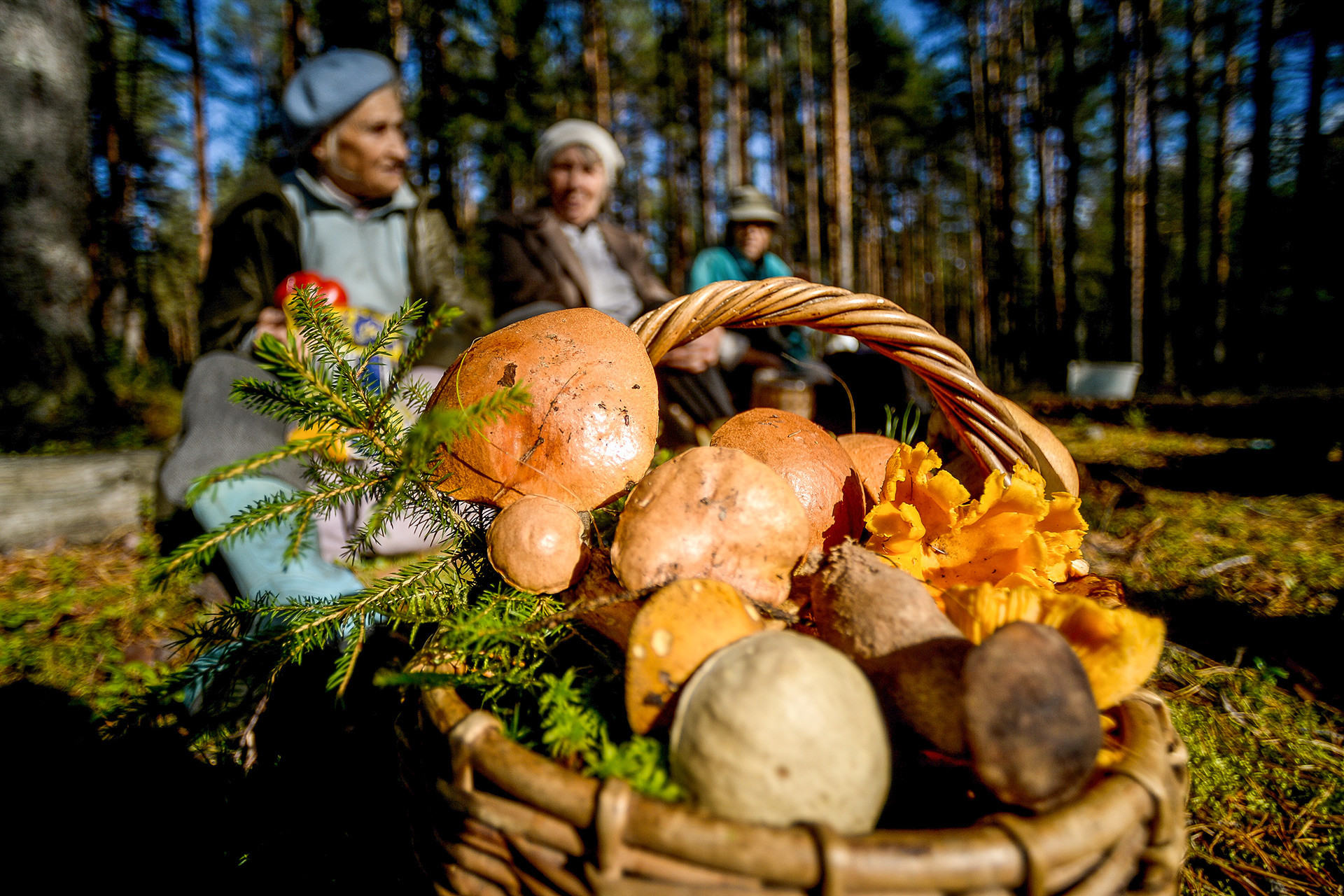 At the same time, in Western Europe and the it’s uncommon to gather mushrooms, especially to pickle them.

Russians enjoy the opportunity to cook different kinds of mushrooms in a wide variety of ways and have every opportunity to do so. Akhil Sharma, an American writer who went to Russia in 2013 (to look for mushrooms, of course) quoted the executive chef at the Ritz-Carlton hotel in Moscow, who grew up in a mushroom-rich region in France: “In you find only a few types of mushrooms. Here you find everything and in great quantity.” 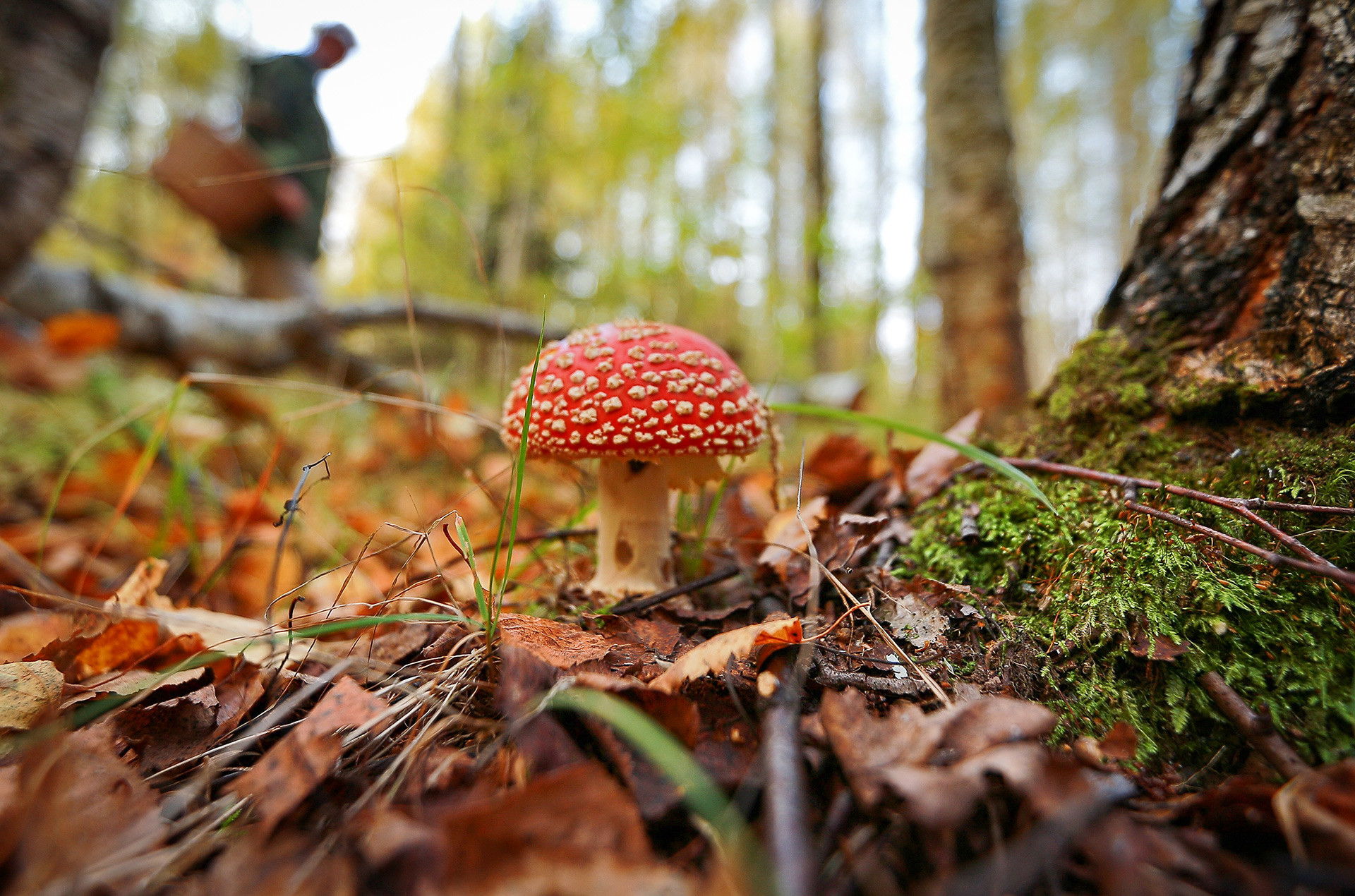 Fly agaric, one of the most poisonous kinds of mushrooms in Russia. Do not eat it!

you happen to be in Russia from April to October (that’s when the mushroom season is usually on) and have a free day, then you can feel yourself a real Russian mushroom-picker: get out of the big city, head to the forest and look for these delicious fungi on the ground and on the trees.

Be careful, though. Picking mushrooms without preparation is as dangerous as hunting bears. Okay, maybe not as dangerous. But seriously, you can end up dead in both cases. There are about 30 kinds of poisonous mushrooms in Russia, and they can damage your health. The most dangerous is the death cap – even just a piece of this fungus is enough to kill an adult.

Many Russians, despite their love for mushroom-picking, are surprisingly bad at distinguishing edible fungi from poisonous, Mikhail Vishnevsky admits. “Unfortunately, our people love to pick mushrooms en masse, but they don’t have any special culture in this field whatsoever: putting everything in their mouths.”

So when you go ‘hunting’ mushrooms, take a guide with you – a gribnik, a mushroomer with much experience who can easily tell delicious from dangerous ones. 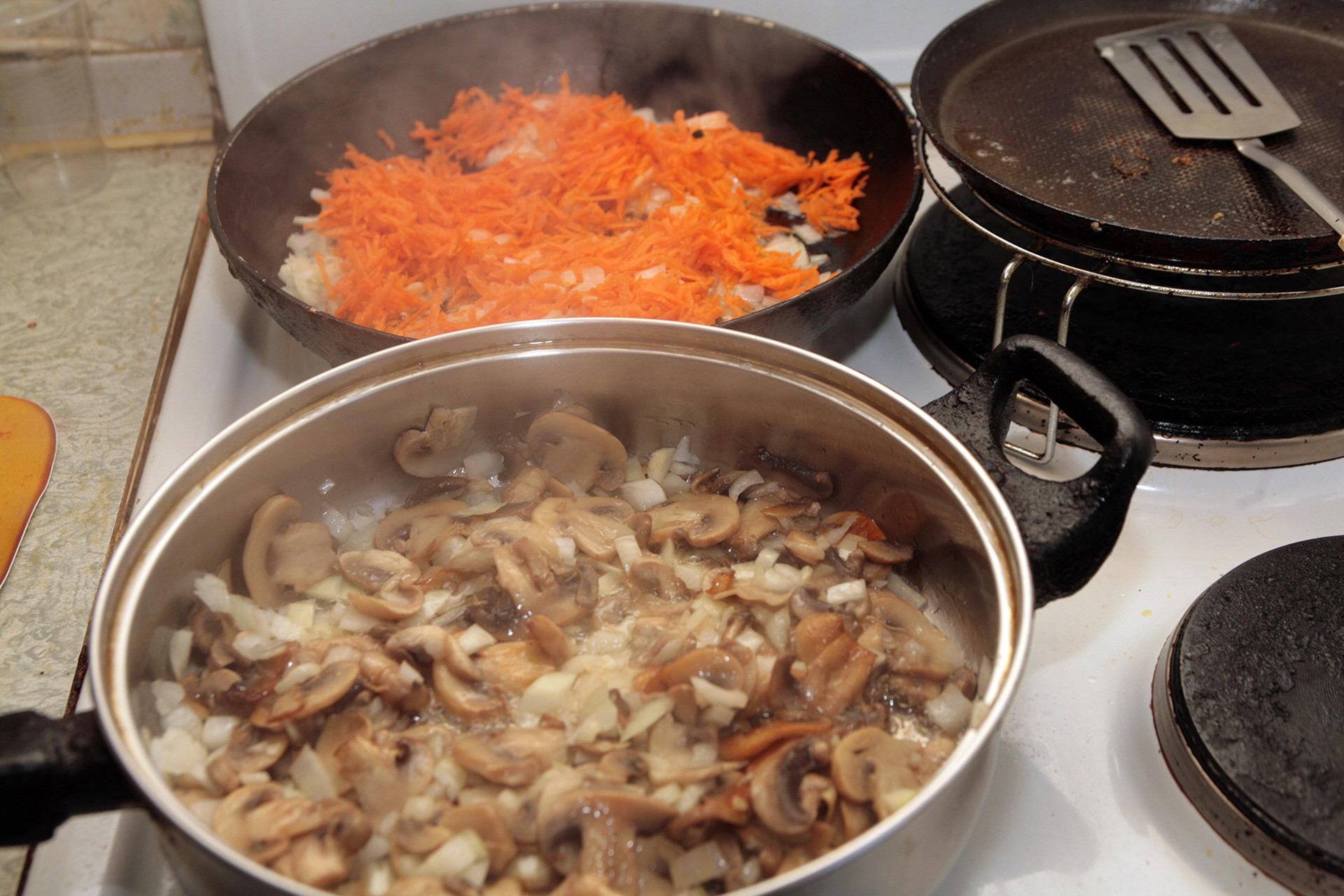 Akhil Sharma was disappointed with the way Russians cooked the mushrooms he picked in the Moscow Region: “The chef overcooked them horribly.” Boiling, frying or pickling mushrooms is a Russian thing, and not everyone from the West can understand this.

“If you have mushrooms of this [high] quality, you should serve them raw in a salad or maybe roast them slightly. To do any more is a waste,” chef Andrea Accordi said to York Times, criticizing Russian cooks for their ‘violent’ behavior towards chanterelles and porcini.

Nevertheless, the way we cook our mushrooms is rooted in history – in times of hunger and crises picking mushrooms was one way to get food for free – and it wasn’t always as delicious as chanterelles and porcini.

“If you treat some of our bitter mushrooms as Europeans do – blanching a bit and sprinkling with oil – and eat it, you will get blisters on your tongue from bitterness,” Mikhail Vishnevsky explains. 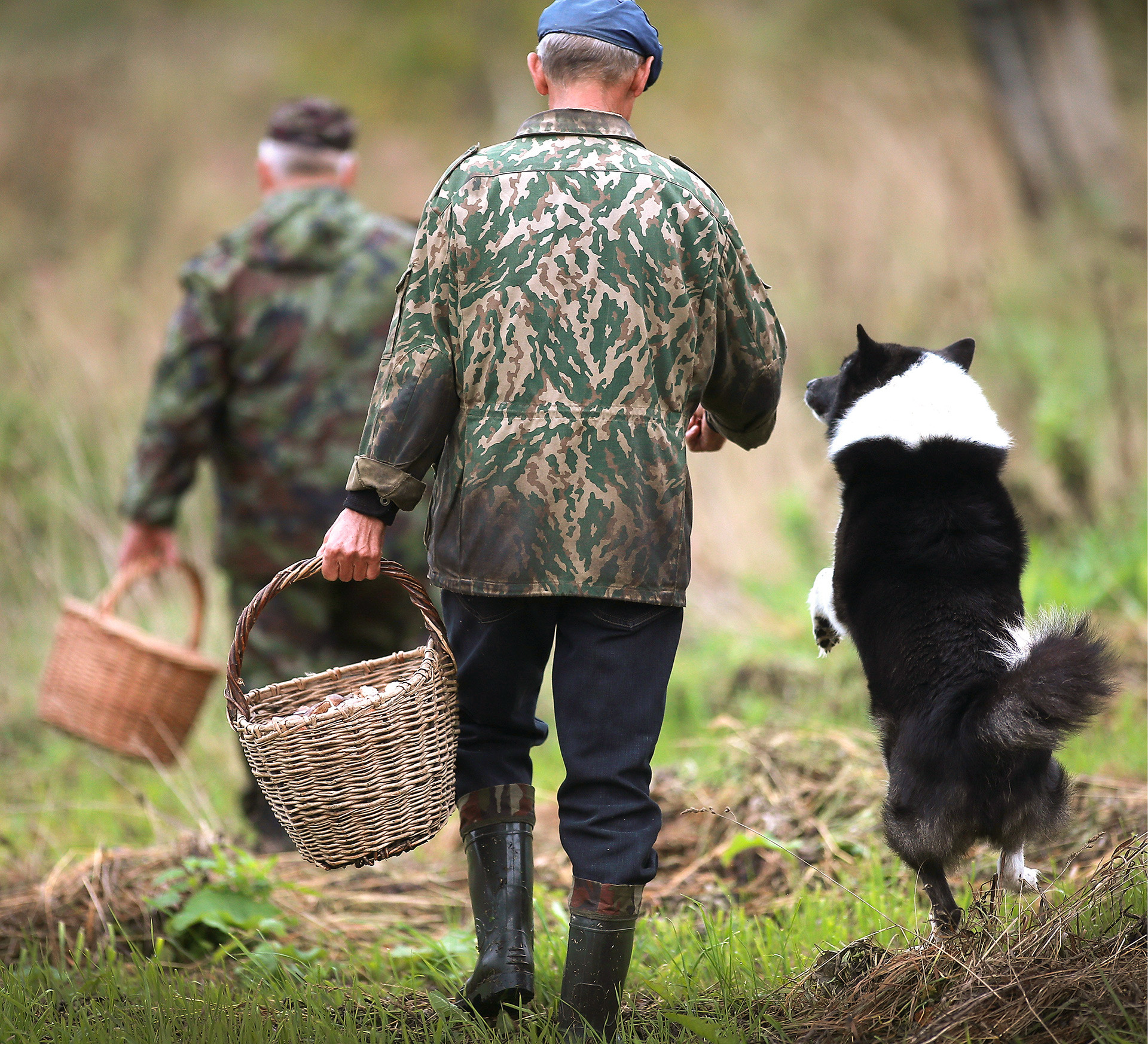 Going out into the woods and spending hours there, searching for mushrooms - almost every Russian person loves it.

modern Russia, mushroom picking is not about finding food to survive. usually, it’s a kind of meditation, a way to calm down, to get away from the crazy world we live in for a while, and immerse oneself in nature, roaming the forests without rushing.

“The mushroom is like a magnet, an invisible and mysterious connection appears between it and the one who ‘hunts’  it… it’s not even a hunt, it’s a hide-and-seek with no winners or losers, no victims,” Russian writer Alexander Genis wrote, adding that for so many Russians this type of leisure is the most effective meditation.

Food in Russia Why Russia