Russian Kitchen
Georgy Manaev
A special type of tripe, pigs and ducks made out of fish, fried swan… Russians have always been inventive with food. Behold the strangest Russian dishes, some of them already forgotten.

1. Tel’noye: The best fish is beef 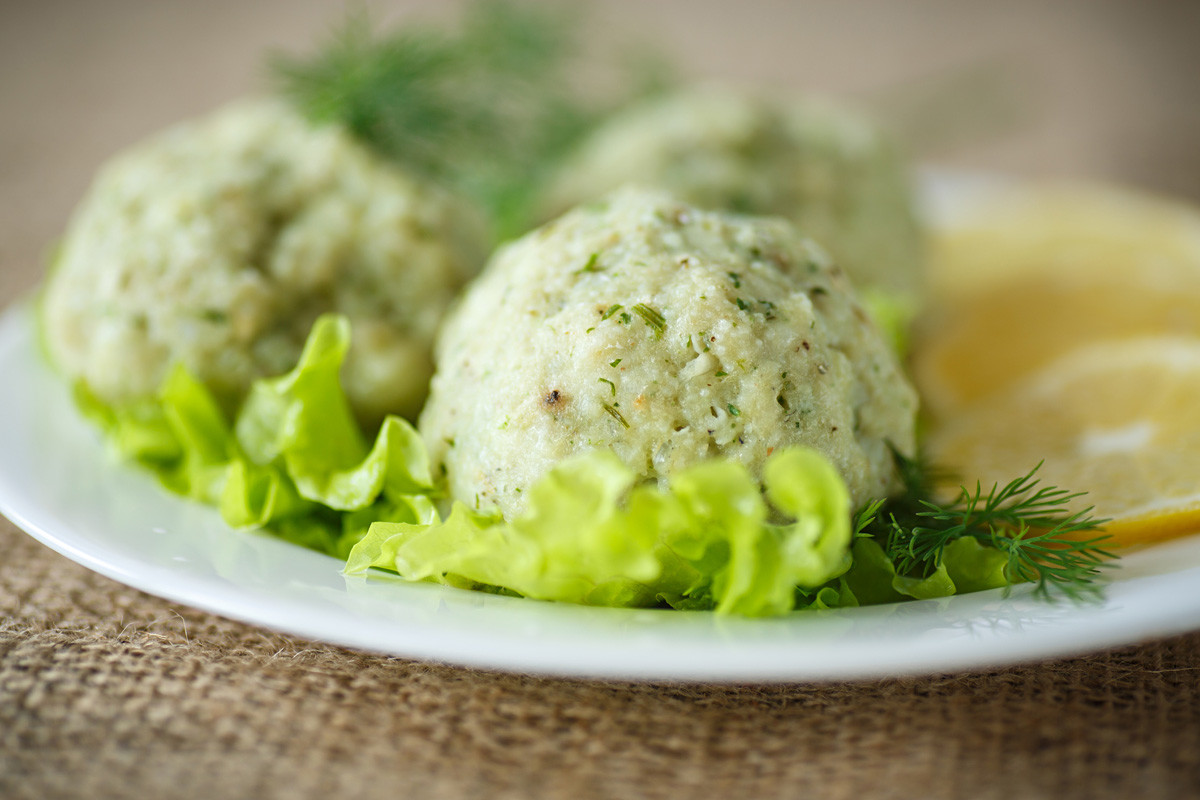 “The best fish is beef”, goes an old Russian joke used in times of scarcity. Fish has always been plentiful on the tables of simple Russian folk: in a land of rivers, it was often the most accessible source of protein, and it was also allowed during fasting times, which took up a good half of any Russian year. Tel’noye was a kind of dish made out of minced and made in a way to resemble beef and pork. The name of the dish means “something resembling a body.”

In the 17th century “during the fast, pigs of  and ducklings of ” could be on the table. Foreign guests at the tsar’s table said that it was impossible to tell the dish from real lamb or pork.

The recipe: “Take all the bones out of a fish, the fish until it becomes like dough, add onion and saffron, put into wooden forms resembling lambs and geese, fry in vegetable oil in deep pans. The taste is , those who don’t know think it’s real lamb.” Tanner, a Czech traveler, wrote: “The art of the cooks transformed fish into roosters, chicken, geese, ducks etc. by making them look like these animals.” 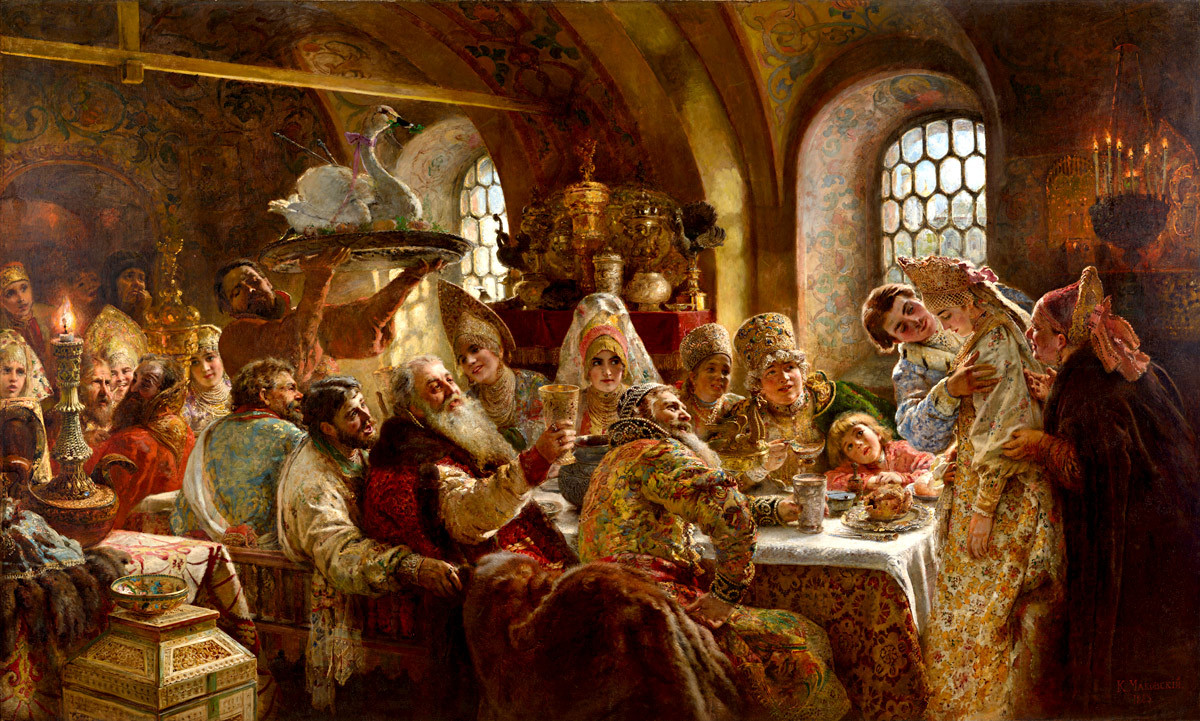 "A Boyar Wedding Feast" by Konstantin Makovsky, 1883. A fried swan can be seen on a dish

Unlike  – the people’s food – fried swan was something for tsars and highest nobility. Swans are a rare and delicate park bird. In Russia before the 18th century, poultry was so abundant that hunting and serving swan at the table was a must for the wealthiest noblemen and the tsar.

Swans were served as the first meat course. They were brought in fully decorated, with necks upright (held up by metal wire inside the neck) and their beaks covered with gold or silver sheets. After the “presentation”, the swans were carved and served with different sauces. To make the meat tasty, swans were marinated for days in vinegar or maybe sour milk – the exact recipe was lost during the 18th century. 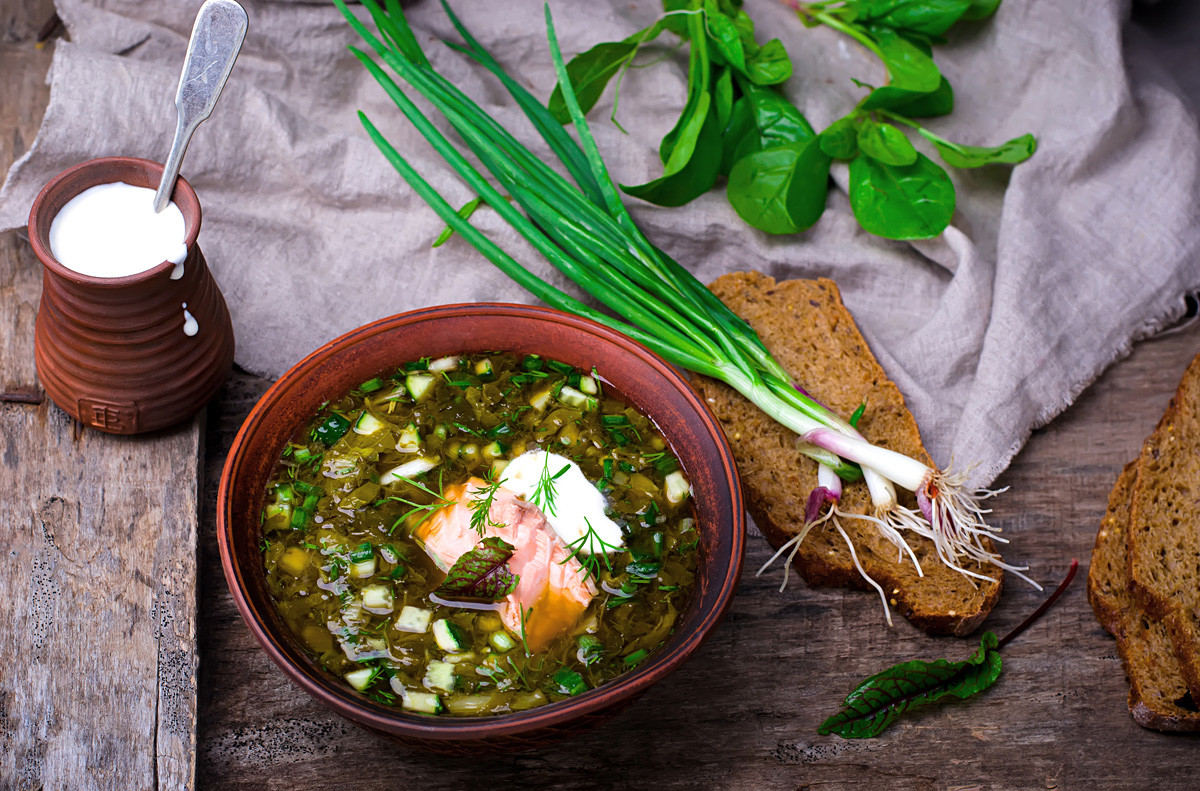 Sad news for those who still think borscht is a Russian dish – we had our very own cold vegetable soup, .

It was a dish for all tables, served in peasant huts as well as in princely courts and the grand mansions of counts. It was served in three bowls. In the first one, the soup itself was found – leaf vegetables like beetroot leaves, spinach, nettles sorrel were boiled in white homemade kvass and then shredded to make a puree-like filling. The soup was cooled before serving. Fish was in the second bowl, preferably sturgeon or its relatives. And the third bowl was filled with crushed ice, to add to the cold dish (which was very popular in summer). Botvinya was served with two spoons (one for the soup, the other for the ice) and a fork. During Soviet times, went out of fashion because it was difficult and costly to prepare. Now, okroshka has taken its place in the Russian kitchen. 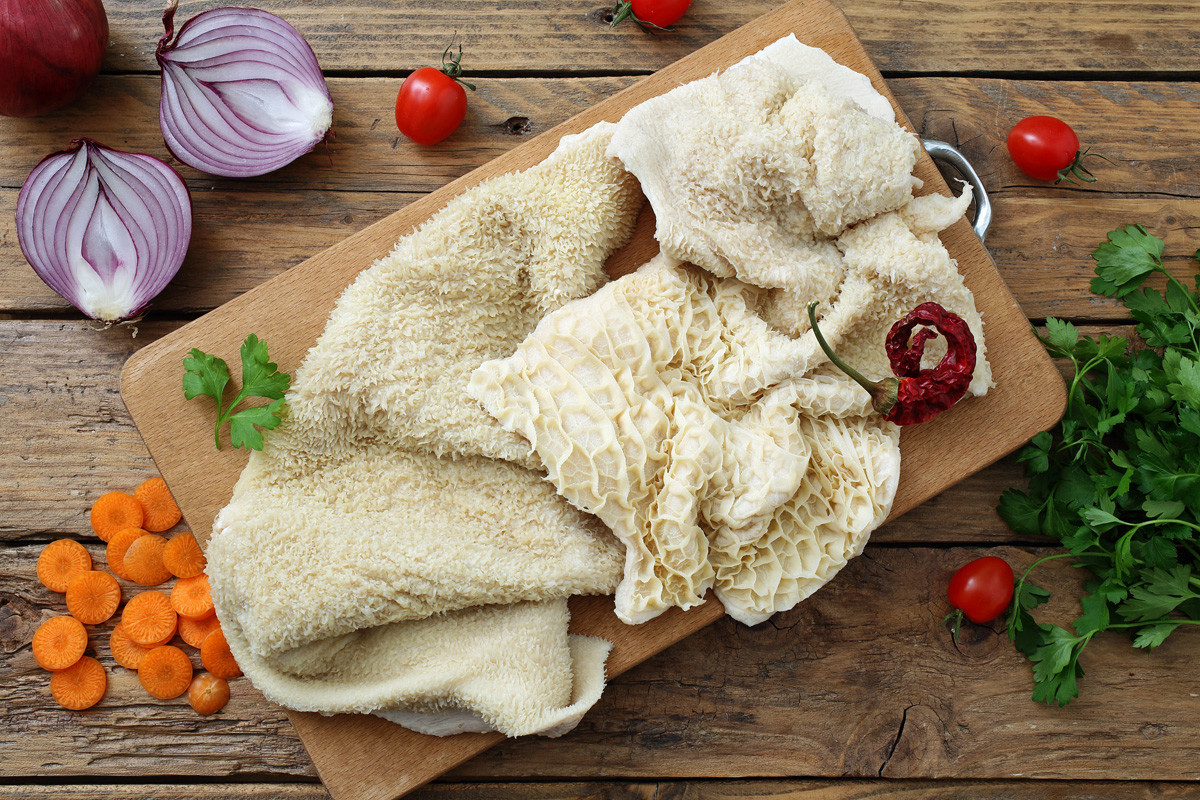 Cow stomach – what rubets has been made of

- a type of tripe - was a favorite Russian peasant dish. Every fall, peasants living on the estates of landed gentry were ordered to salt and marinate beef for winter to feed the landlord’s family. Rumen, on the other hand, cannot be stored and that’s why peasants were allowed to take it, and they invented ways to prepare this by-product. It closely resembles Scottish haggis (except that haggis is made out of sheep’s pluck; the heart, liver lungs of the animal) or Italian tripe (however, tripe can be made up of all chambers of a stomach, while uses only the first).

Part of the intestine, must be soaked for several hours (with the water changed hourly) to get rid of its pungent smell. Then must be boiled with vegetables for about five until it is soft enough to be pierced with a fork. Like many peasant foods, was rich in nutrients. It contains protein and a lot of vitamins, and elements such as zinc, which improves the immune system.

was a typical takeaway food in Tsarist Russia, sold on the streets by sales-women dressed in layers of skirts who sat on cans filled with the food to keep themselves warm. was just one beef byproduct – in Russian kitchens, almost any part of the animal found its way to the table.