5 Russian food fails that can ruin your lunch 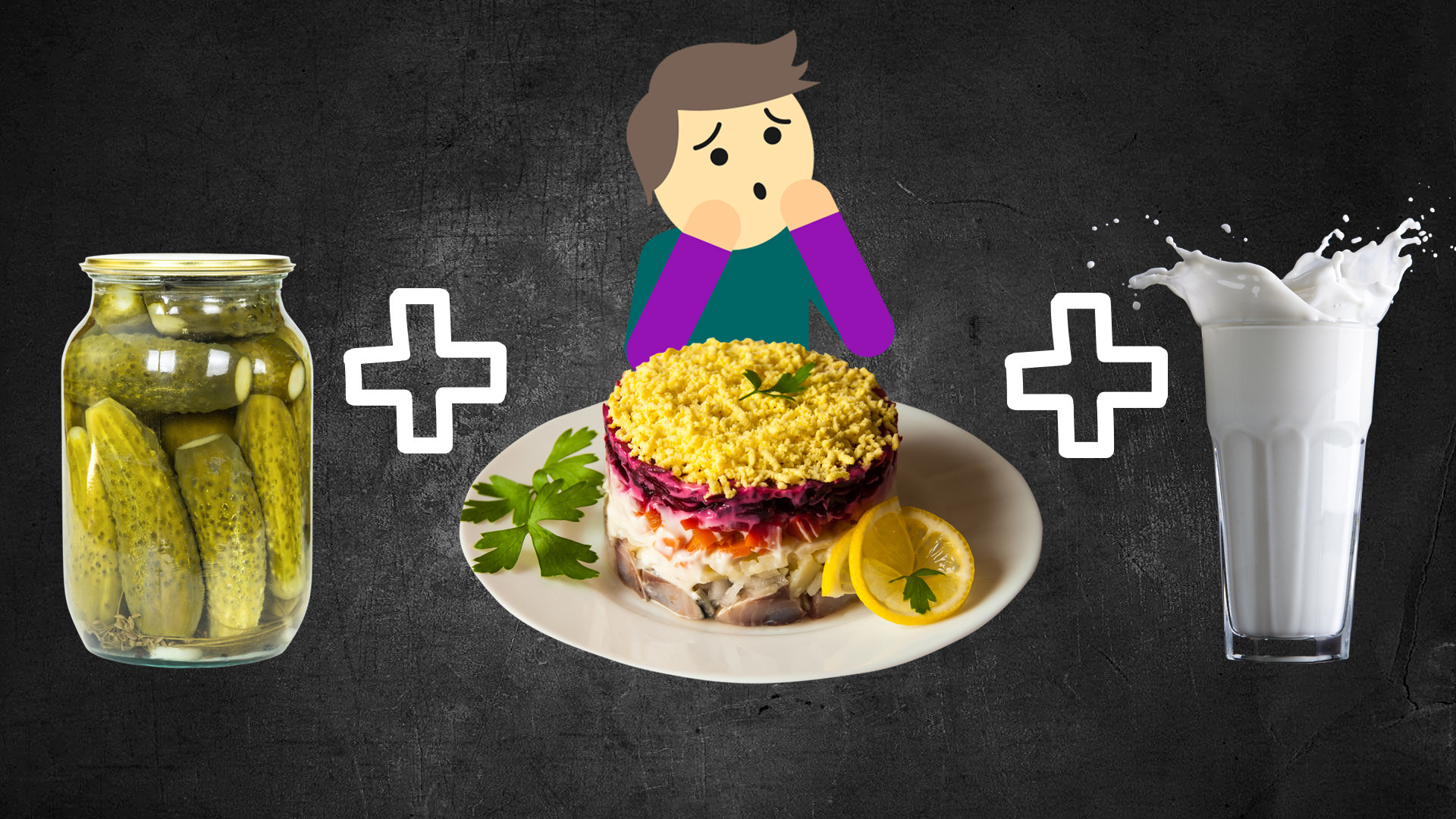 Legion Media, Freepik
So you’ve bought some ‘exotic’ Russian food but have no idea how to cook/eat it? Watch out for these ridiculous combinations!

No, Russians don’t think it’s weird to make soup with sweet bread soda or meat jelly. But there are some combinations you need to avoid, otherwise, you’ll offend your Russian friends, or find yourself running to the toilet. 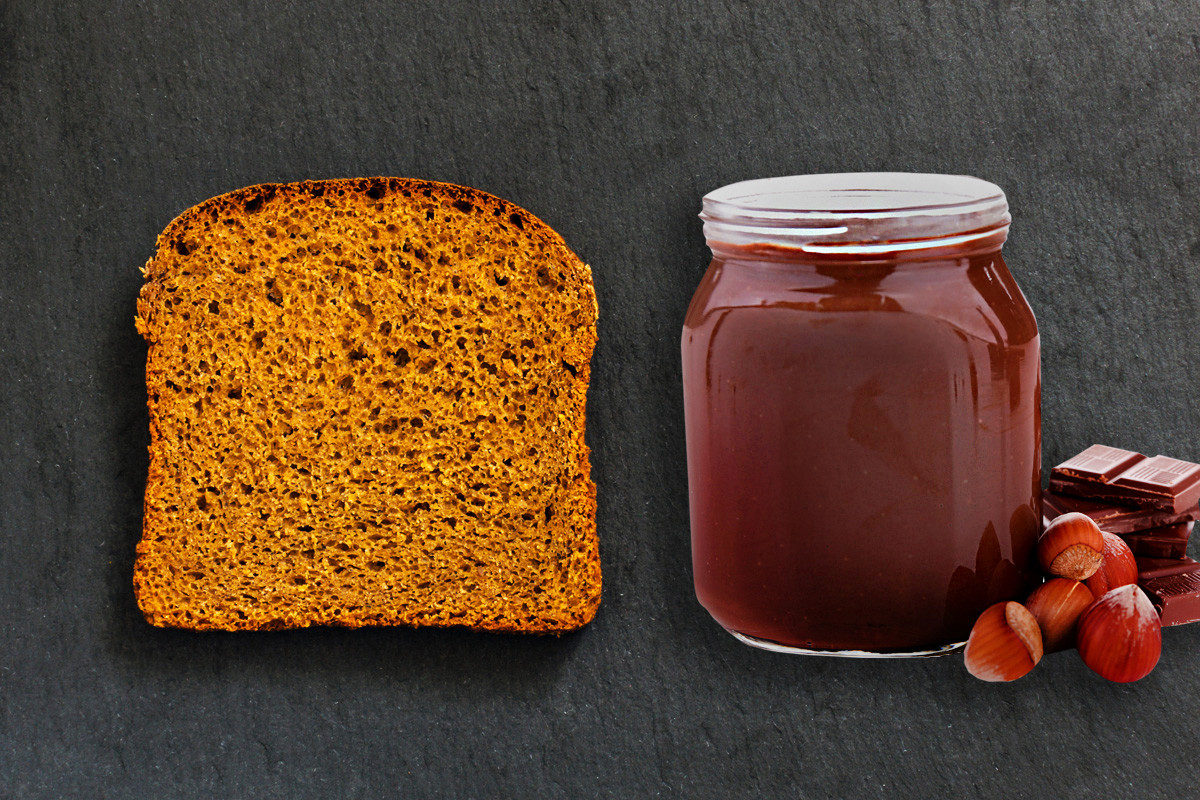 , you decided to get acquainted with Russian cuisine by starting with bread, the most delicious part. Many Russian dishes are served with bread and there are many types. Borodinsky rye with cumin seeds is one of the most popular varieties.

A slice of Borodinsky is delicious with butter and salt. You can also make a sandwich with any meat or cheese, too. But the worst thing you can do with rye bread is to eat it with something sweet like Nutella or condensed milk. Don't do it, please! 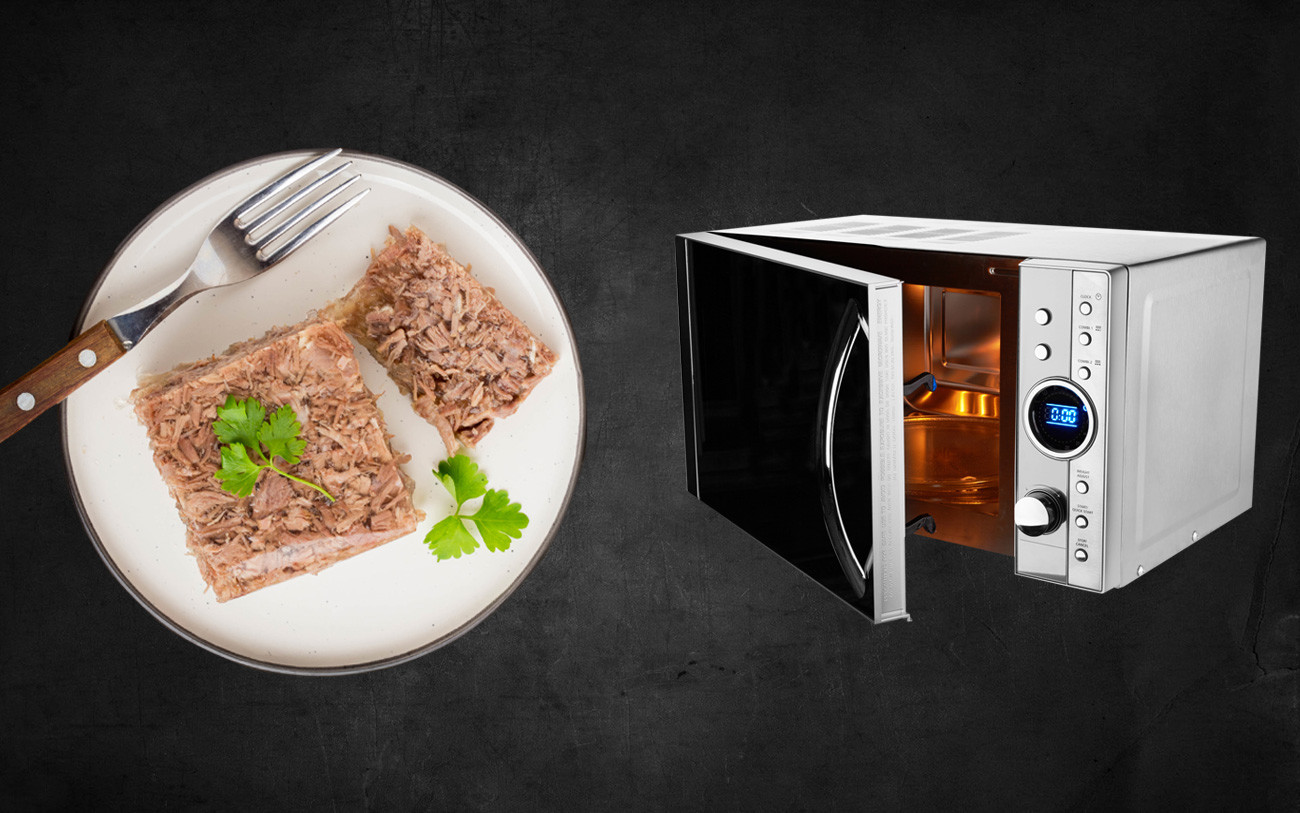 Aspic, or kholodets, normally tops the list of the weirdest Russian food that foreigners refuse to try twice. It’s fatty meaty jelly, simply put. In Russia, kholodets in an appetizer, you need to keep it in the fridge and eat it cold. Spicy horseradish and mustard are good accompaniments. It’s a bad idea to microwave kholodets, trust us. 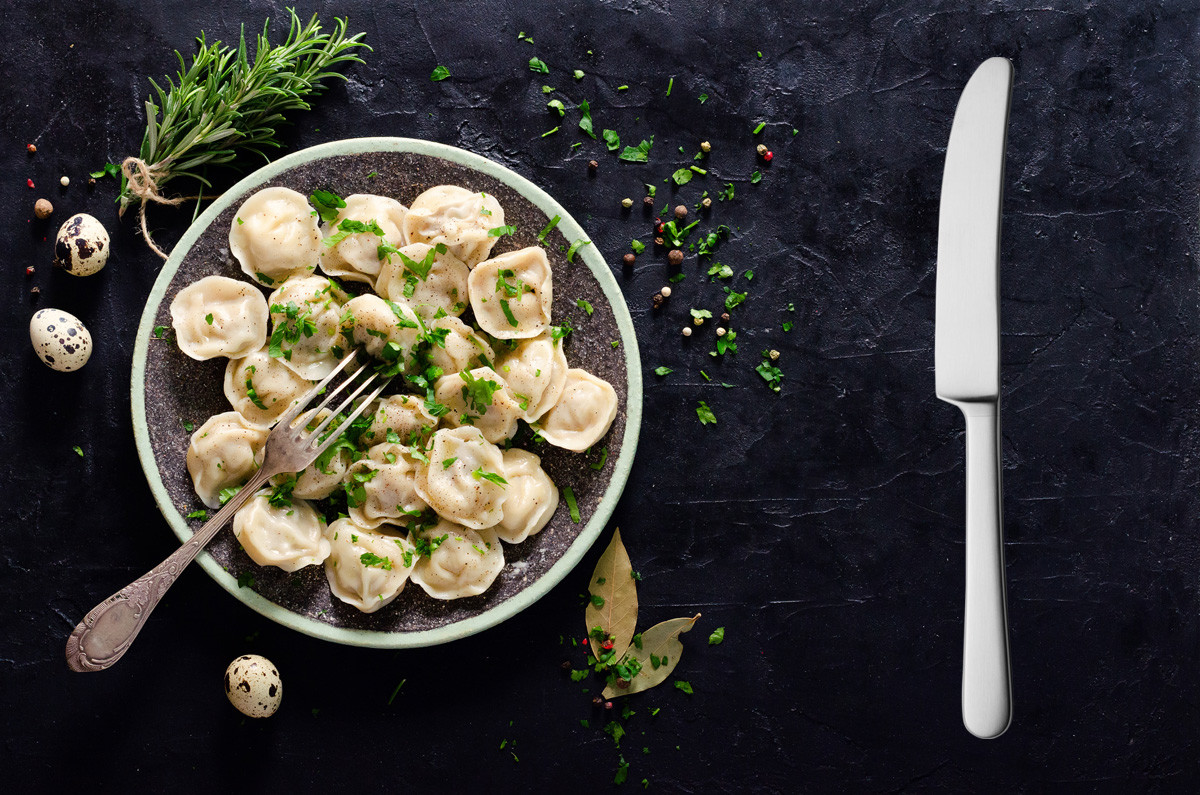 Russians love all kinds of dumplings from Siberian pelmeni with different fillings, to manty (Central Asian steamed dumplings), posy (Buryat dumplings), khinkali (Georgian dumplings), vareniki (dumplings made from unleavened dough, often with a sweet filling), and many others. As a rule, dumplings here are served with sour cream, and broth can be added to traditional dumplings to create a type of soup. Even if you do everything according to the rules of etiquette, cutting dumplings with a knife is a real culinary crime.

4. Drink milk after eating 'herring under a fur coat' 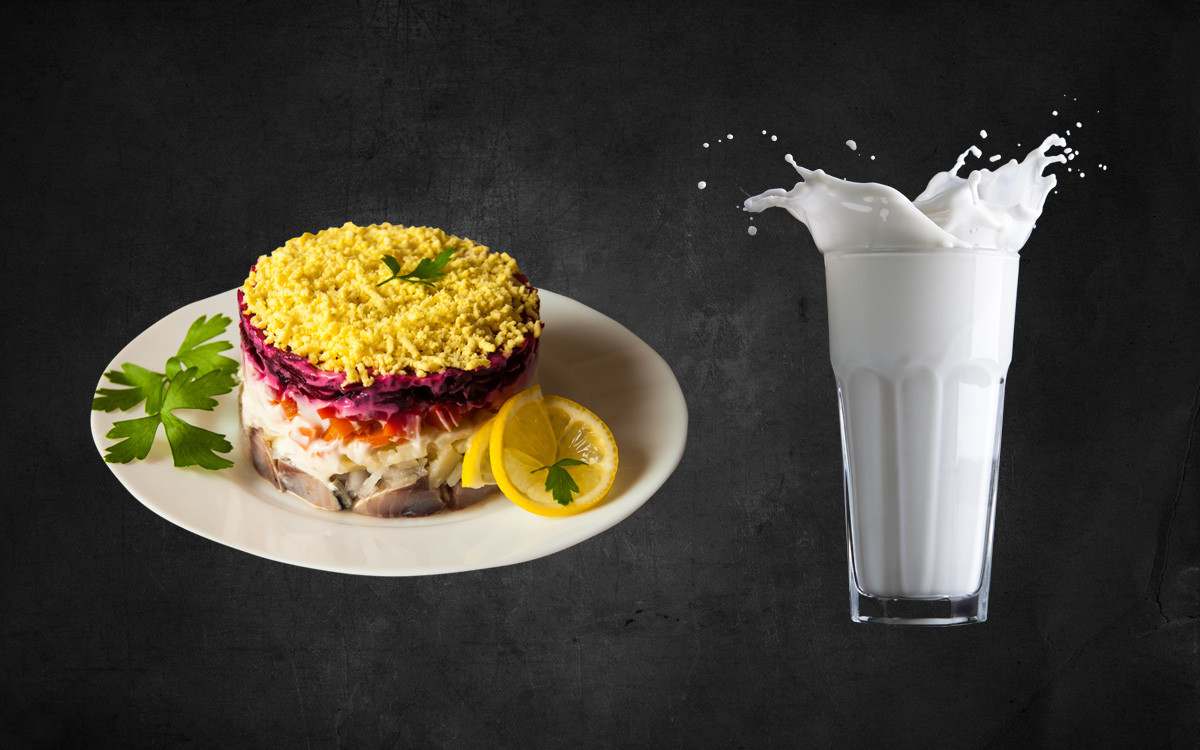 A Russian invites you to their home for a festive dinner, and they offer you the infamous 'herring under a fur coat.' The salad consists of salted fish, potatoes, beets, carrots, onions, and tons of mayonnaise. Of course, after this quite salty dish you may need a drink, but avoid milk! The combination of herring and milk can cause stomach problems and even lead to poisoning. You have been warned. 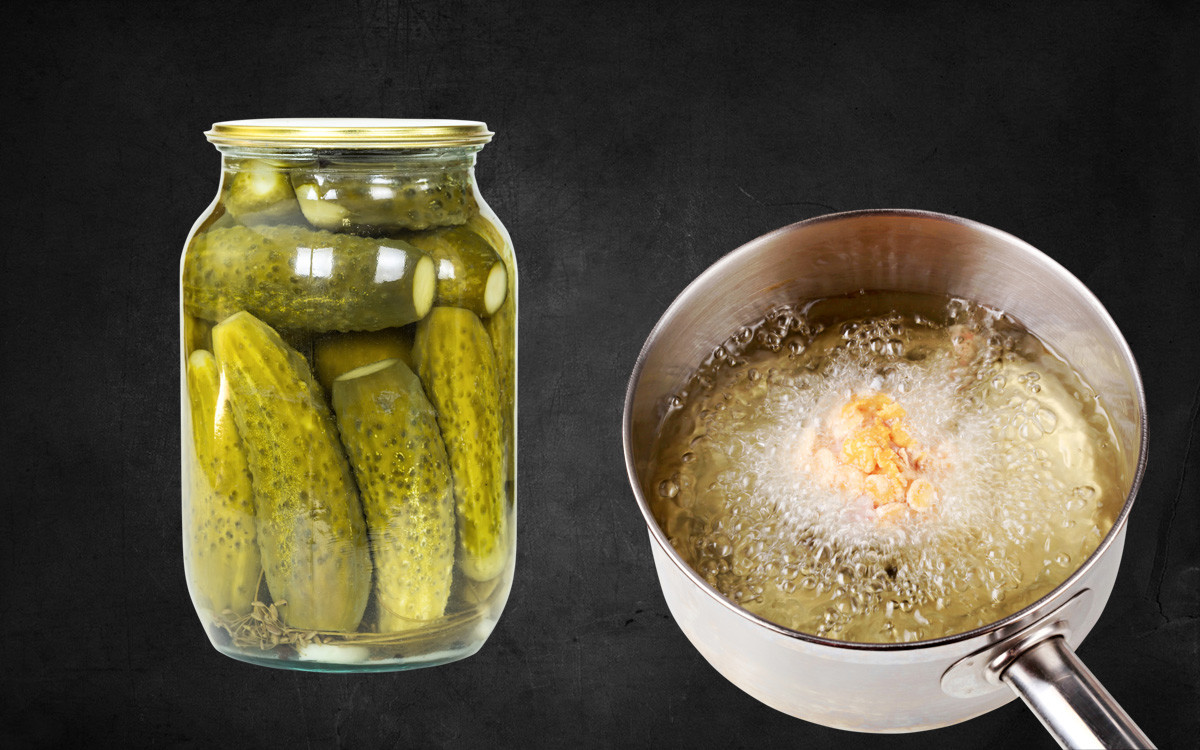 Deep fried and battered dishes are popular throughout the world. In Russia, you can try zucchini or deep-fried meat, too, but these dishes are less common here than you might think. Deep frying is considered very unhealthy. Even if you like the taste of fried oil and batter and want to deep fry everything, it’s better to hold your horses with some products. Take, for example, fermented vegetables, which are common in Russia. Although in the southern states of the U.S. they eat battered pickled cucumbers, Russians don’t do it. The best thing is to eat pickles as they are. Another option is to add them to Beef Stroganoff or a soup like rassolnik orsolyanka.

Russian vodka is always served chilled in cold glasses. Just the thought of warm vodka is enough to upset a Russian  – do you want us to suffer?