10 Asian restaurants in Moscow recommended by those in the know

Russian Kitchen
Maria Afonina
Restaurant Bổ
We talked to tourists and expats from Asia to find out where to sample real Japanese ramen and Chinese wontons in Moscow. 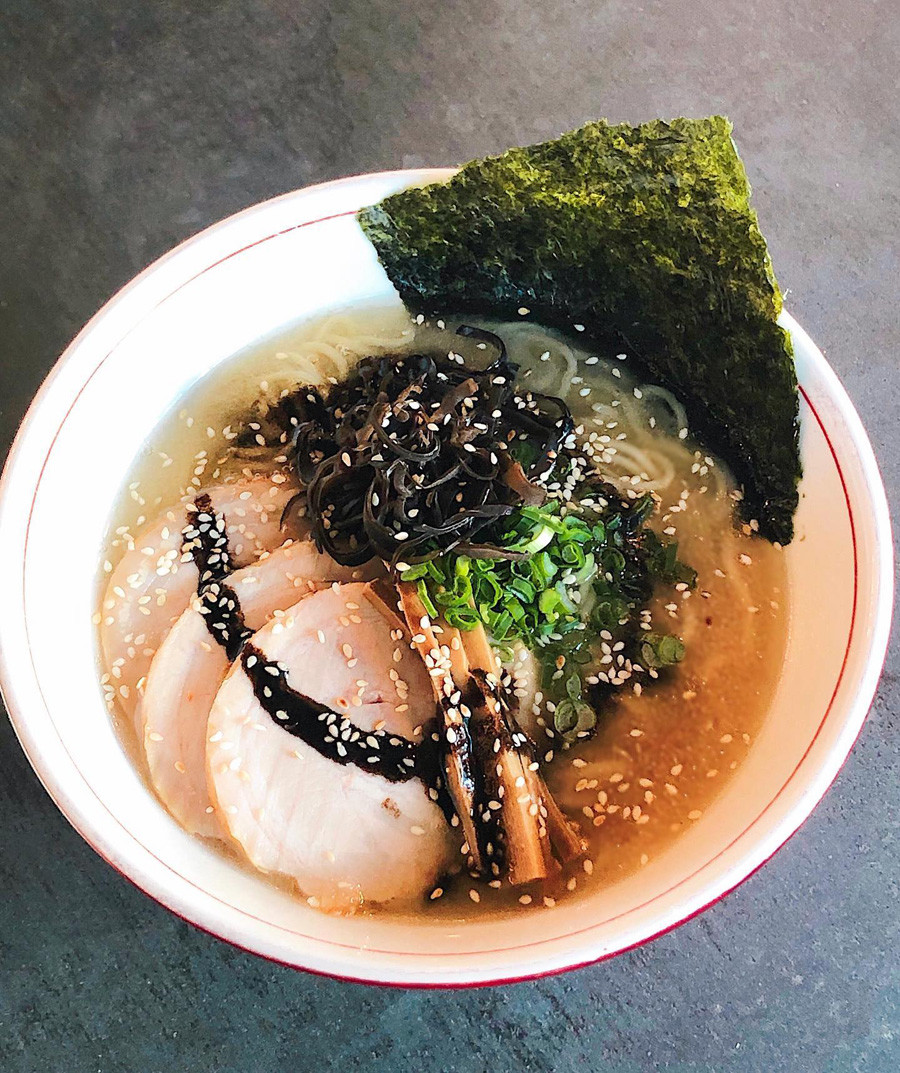 For authentic ramen (noodle soup), head for the chain of KU: Ramen Izakaya bars, opened by Novosibirsk restaurateur Denis Ivanov and his Japanese wife, Chizuko Sirahama, who is also the concept chef and takes personal responsibility for the authenticity of the recipe.

"This is the only restaurant in Moscow where the taste of ramen is similar to the Japanese original," said Maruyama Kanako from Japan. 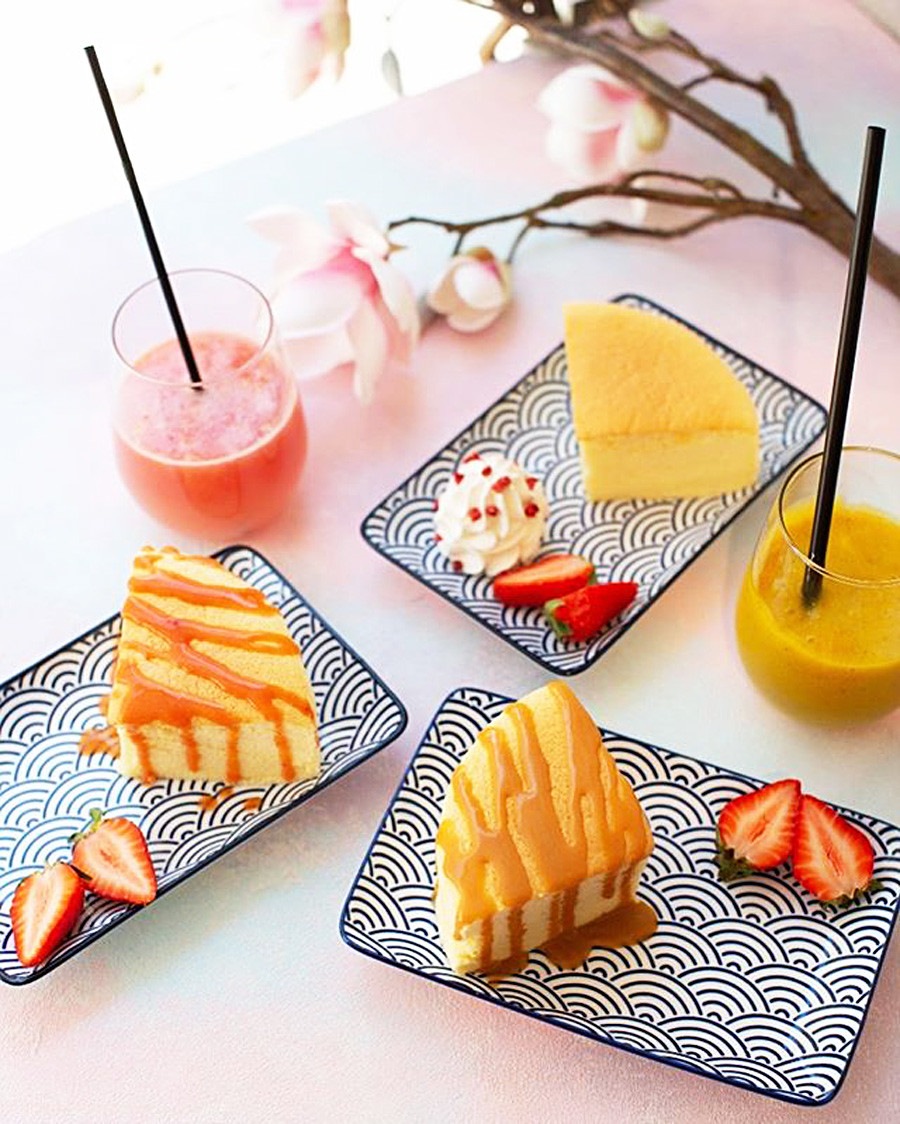 An everyday Japanese cafe with modern urban cuisine, which wouldn’t be out of place on a busy street in Tokyo. The name is a play on words (“Japan” and “pan” obviously, plus pan in Japanese means “bun”).

The menu was developed by Japanese experts, including the famous confectioner Mai Ikeda. Japanese cotton cheesecakes (200 rub. [$3]) with their unique airy texture, for example, are made here three times a day, so they’re always fresh. 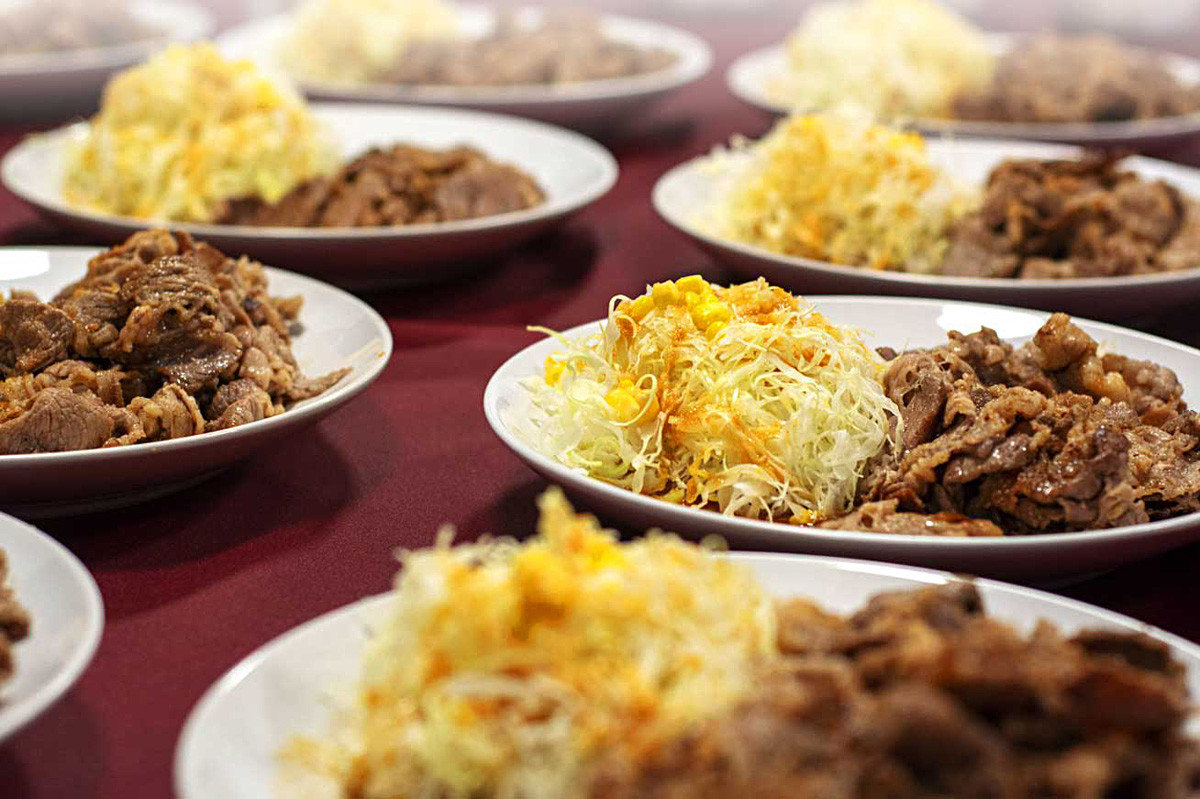 The owners and chefs are all Japanese, yet the prices compare favorably with other such establishments. The average-sized portion of gumesi (soup and a bowl of rice with thinly sliced ​​pieces of beef), a traditional Japanese business lunch, costs only 250 rubles [$4]. Tonkatsu teishoku (soup, rice with breaded port, and salad) is 490 rubles [$8].

Site (in Russian and Japanese) 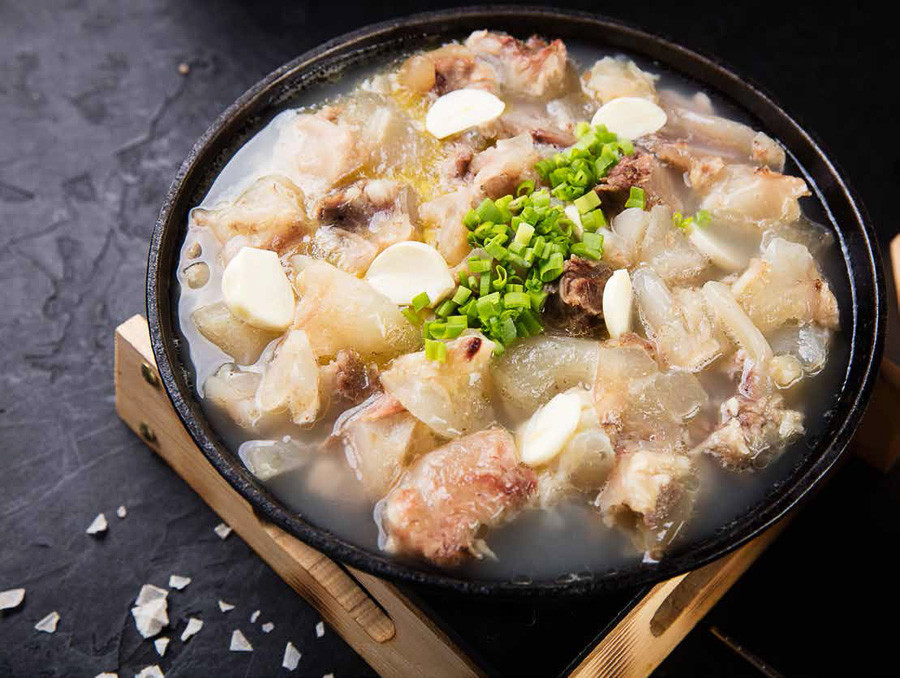 This restaurant with Seoul cuisine is always full of diners from Moscow-based South Korean firms, which speaks about the quality of the fare. The chef, also from South Korea, is known for his specialities: toganitan beef tendon soup (700 rub. [$11]) and kimchi with pork and tubu (tofu) soybean curd (1,200 rub. [$19]).

“This is one of the most authentic Korean restaurants in Moscow where you can always eat good-quality kimchi,” says ethnic Korean Nikolai Kim. We always come here for a family dinner once a month or two. True, it’s not somewhere you come every day – it’s a ‘status’ establishment and pretty expensive, but the quality matches the price.” 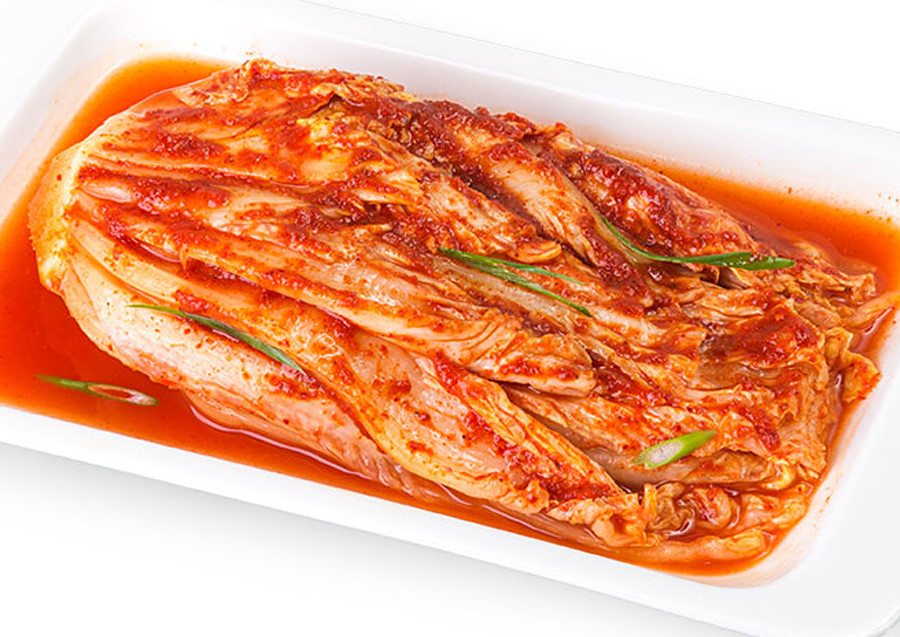 Koryo, a Pyongyang-cuisine restaurant, offers more than 150 Korean national dishes, including traditional cold noodles (from 300 rub.[$5]) and kimchi (from 180 rub. [$3]), with spicy and not-too-spicy options.

The staff here come from Korea, and the special atmosphere is created, inter alia, by North Korean concerts, usually shown on TV.

Site (in Russian and Korean) 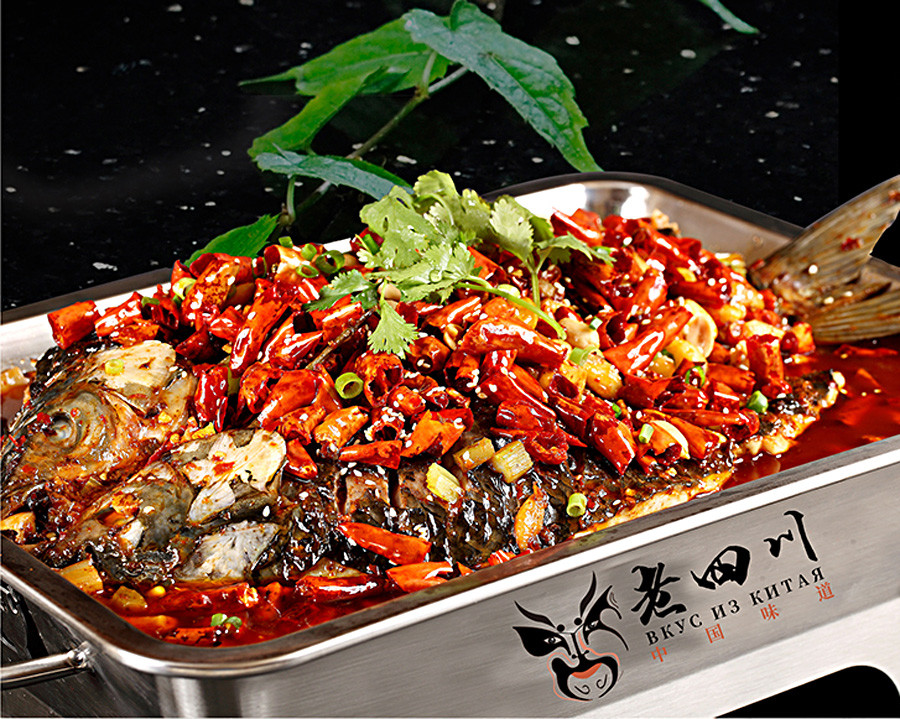 This restaurant, which used to be called Druzhba (Friendship), has been operating in Moscow for a long time. The portions are large and the prices reasonable. The lion’s share of the visitors are Chinese. Xihu soup (broth with small pieces of beef and omelet) will set you back 200 rubles [$3] per serving, while the restaurant’s signature dish - fried carp with vegetables in spicy Sichuan broth (600 g.) - is 1,800 rubles [$28]. It is said to be popular, despite the price. 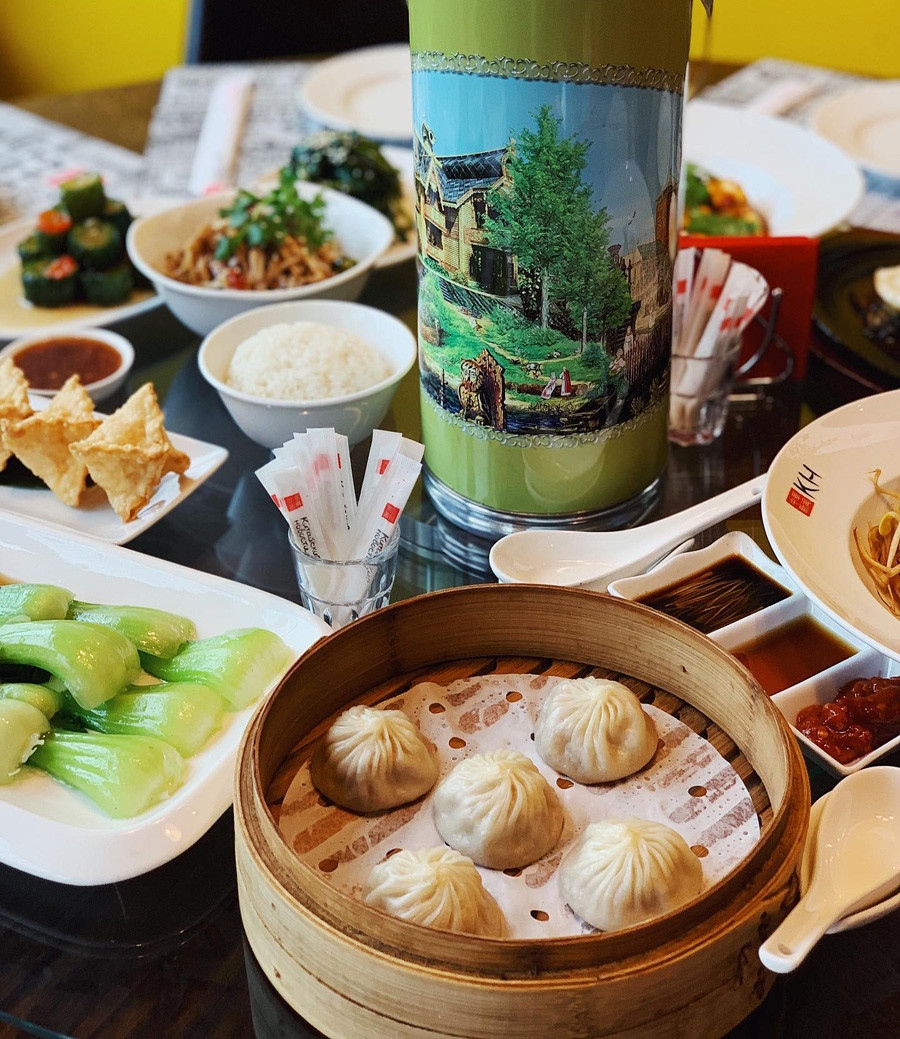 The interior of this restaurant chain is modeled on the streets of a modern Chinese city, with illuminated signs shipped all the way from Hong Kong. The spiciness and dimensions of the portions have been slightly adapted to European tastes, but there are frequent Chinese visitors here, too. Above all, diners sing the praises of the crispy chicken with pineapple in sweet and sour sauce (440 rub. [$7]) and pork wontons (dumplings) (370 rub. [$6]). 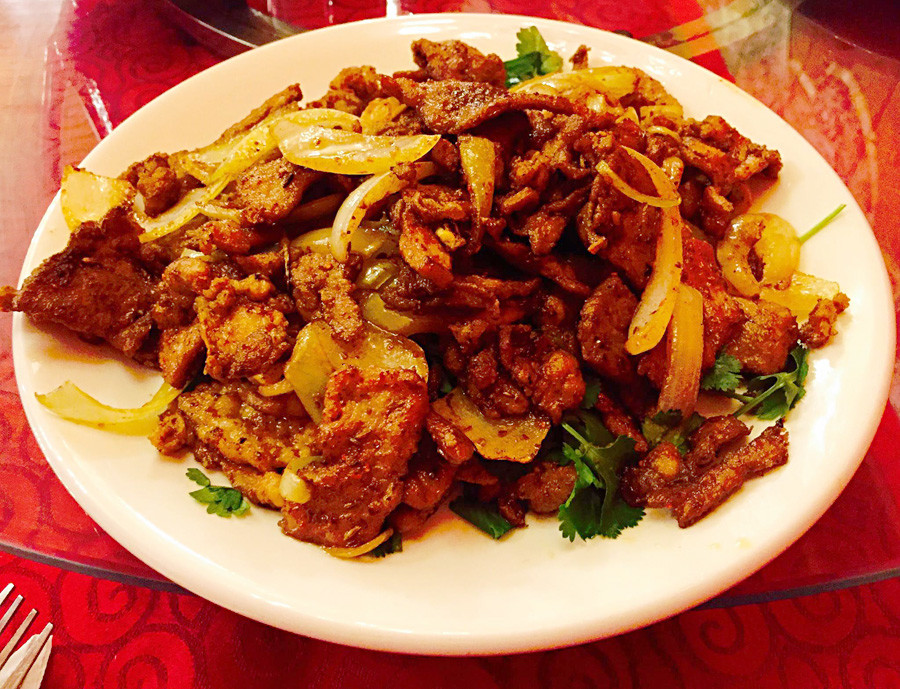 It might seem that a trip to this restaurant is mandatory for all Chinese tourists in Moscow, given the number of coaches outside the entrance. Inside, visitors can enjoy the simple Chinese-style setting. The menu includes Sichuan beef, spicy and sour soup, and, of course, fruit caramels. The prices may seem inflated (from 500 rub. [$8] per dish), but the portions are not small. 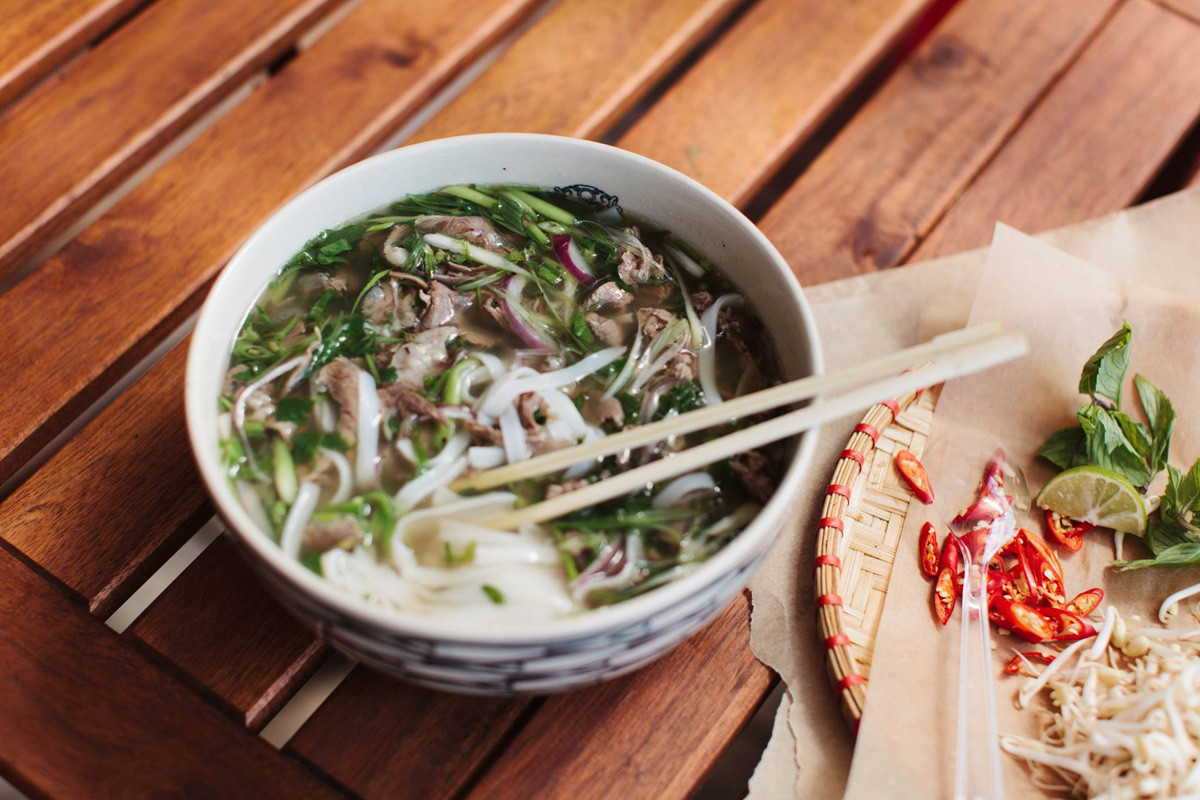 For a huge portion of pho bo (beef and noodle soup) – one bowl will do for two, or a delicious mango shake, go to one of the Bổ cafes, located in Moscow’s major food malls (Danilovsky Market, Baltschug, DEPO, etc.). Authentic street food is prepared here by a team of Vietnamese chefs who certainly know how to make nam fried rolls with pork and shrimps (100 rub. [$1.6]). The service is quick, comparable to any fast food joint, so you can go there for lunch. 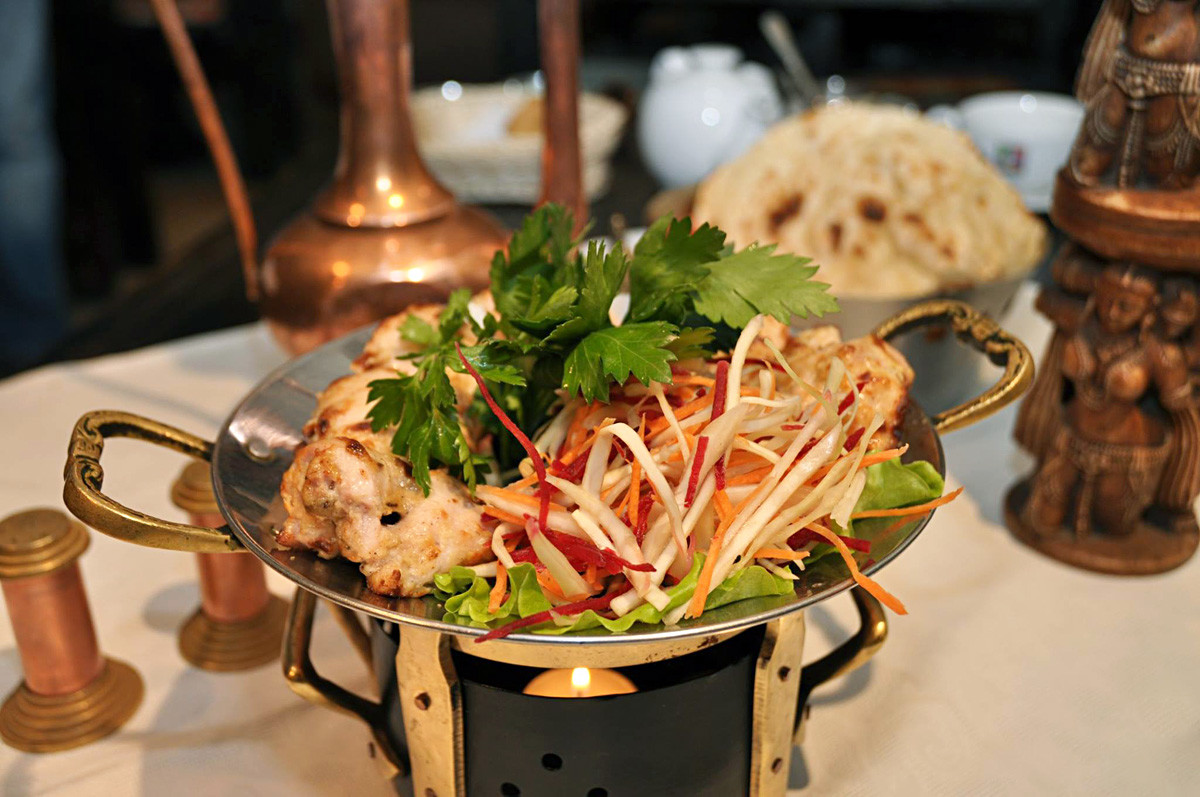 This restaurant is named after the Khajuraho temples of love in Central India (second only to the Taj Mahal by number of visitors). Scaled-down replicas of bas-reliefs with images of love scenes adorn the walls of this Moscow establishment. But the restaurant is famous less for its interior than for its clay oven and the dishes cooked therein: sea trout, chicken marinated in Indian spices, flat cakes with various fillings, etc. Spicy Indian dishes are adapted to Russian tastes, but can always be served as per the original recipe. The regular clientele include diplomats from the Indian Embassy.

Read more: 7 organic cafés and restaurants in Moscow where you can eat healthy