Park your pumpkin in these Slavic vegetarian dumplings 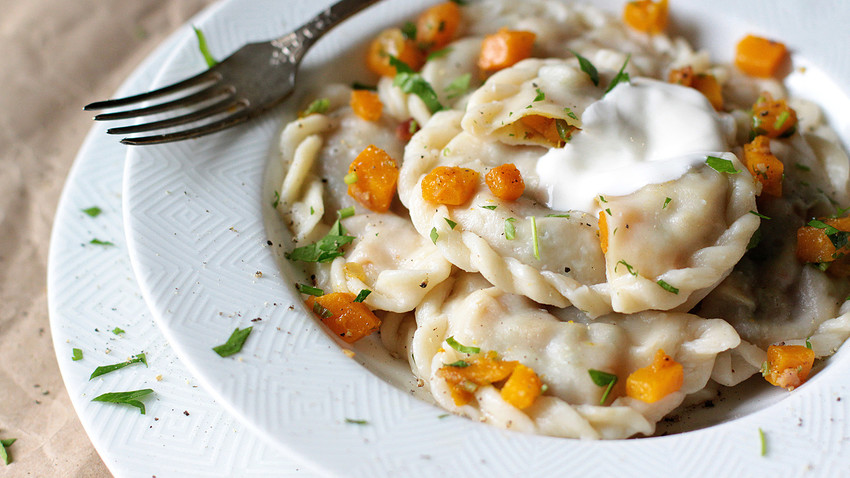 Pumpkin is probably one of my most loved seasonal vegetables. With the onset of autumn you can easily find lots of different kinds of squash in any market or greengrocery in Russia. For me, however, there is nothing like reaping my very own harvest of pumpkins from our family garden. There are some traditional Russian ways of cooking and preserving pumpkin that I follow every season: millet porridge with pumpkin and roasted pumpkin wedges are hands down my favorite. These dishes have been known since about the 16th century when squash plants from North America were finally introduced in Russia.

This fall, however, I felt like cooking something very special from my homegrown pumpkins. I was actually inspired by a story from my mom’s childhood: in Soviet times her family used to live in the Kyrgyz Republic, and there was a very popular pumpkin dish from the Kyrgyz natives – vegetarian pumpkin dumplings stuffed with chopped squash and generously flavored with ground red pepper. I had never heard of such a unique filling for dumplings before, so I decided to make them. These are one of the many variations of dumplings in the shape of semicircles and traditionally stuffed with vegetarian filling, such as mashed potatoes, cherry, mushroom or tvorog in Russian cuisine.

Pumpkin vareniki have a delicious sweetish and salty squash filling, which makes them both sweet and savory. Even my fiancée, who takes seriously only meat stuffed dumplings, enjoyed the pumpkin a lot – now that’s a big deal. 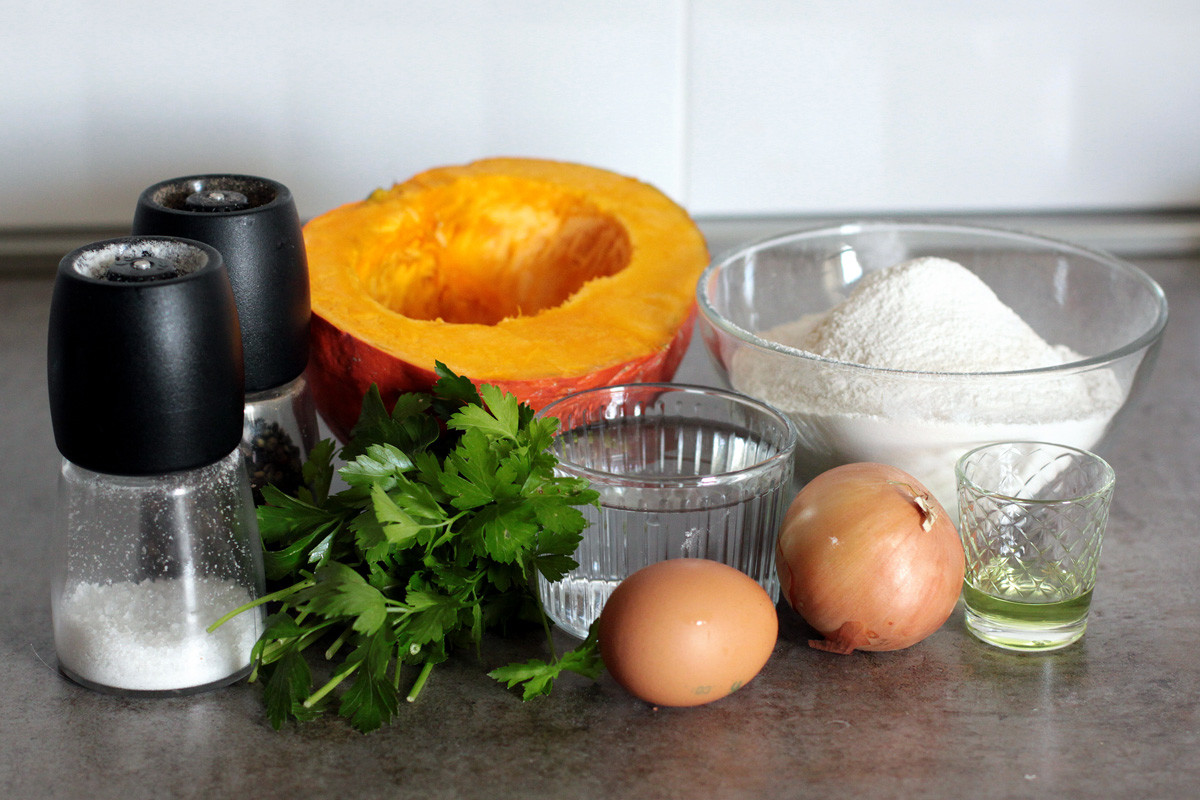 1. For the vareniki dough firstly mix ice-cold water, one egg, oil and a pinch of salt until smooth. Next, in a separate large bowl sift flour, make a crater in the center and pour in the liquid mixture. 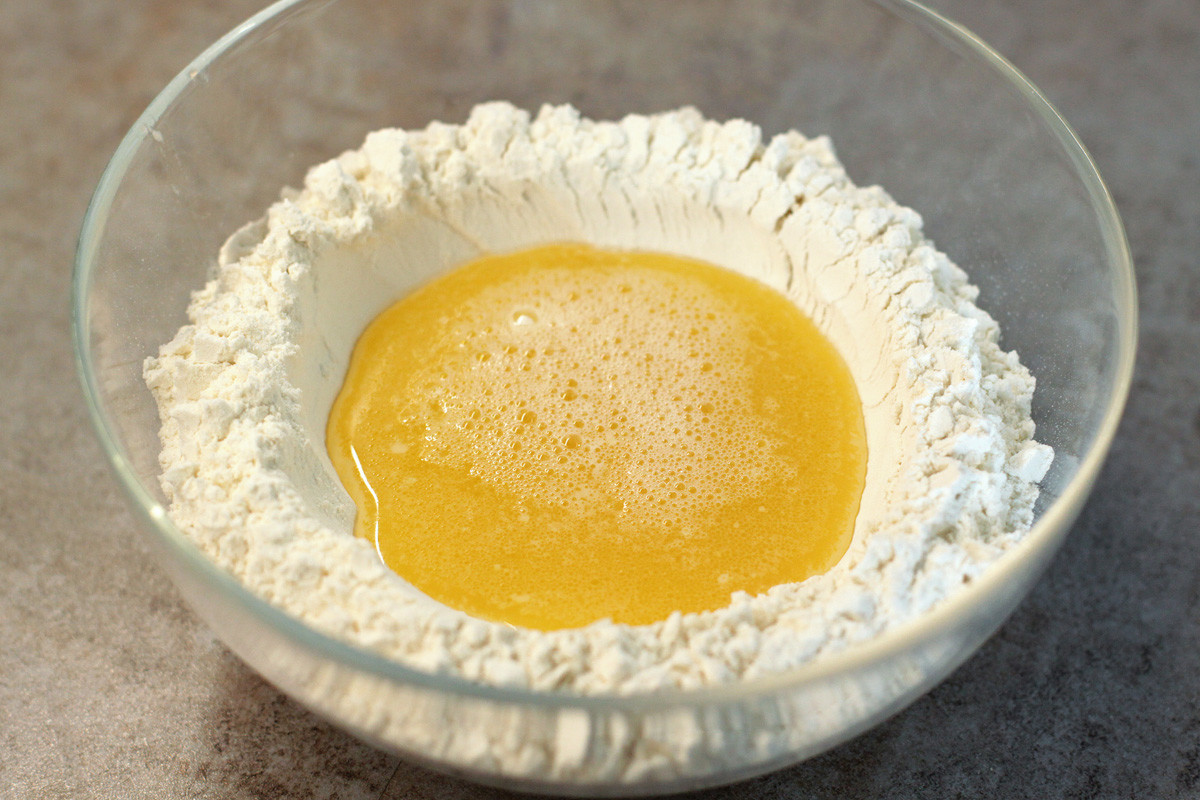 2. Start mixing with a fork and continue kneading with your hands on the generously floured surface for around 5 minutes. Add more flour if needed. 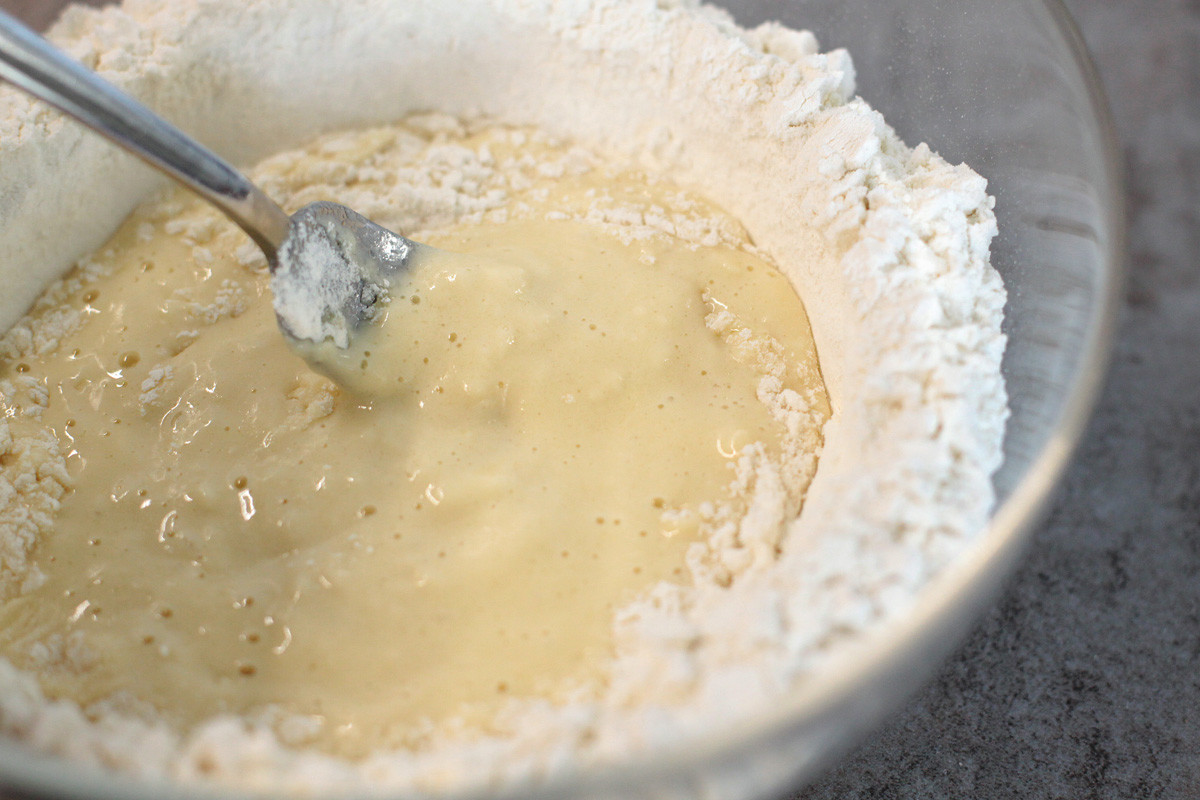 3. The dough should turn out quite heavy but very soft and elastic, and not stick to hands. Round it into a ball, wrap in cling film and set aside to rest for half an hour. 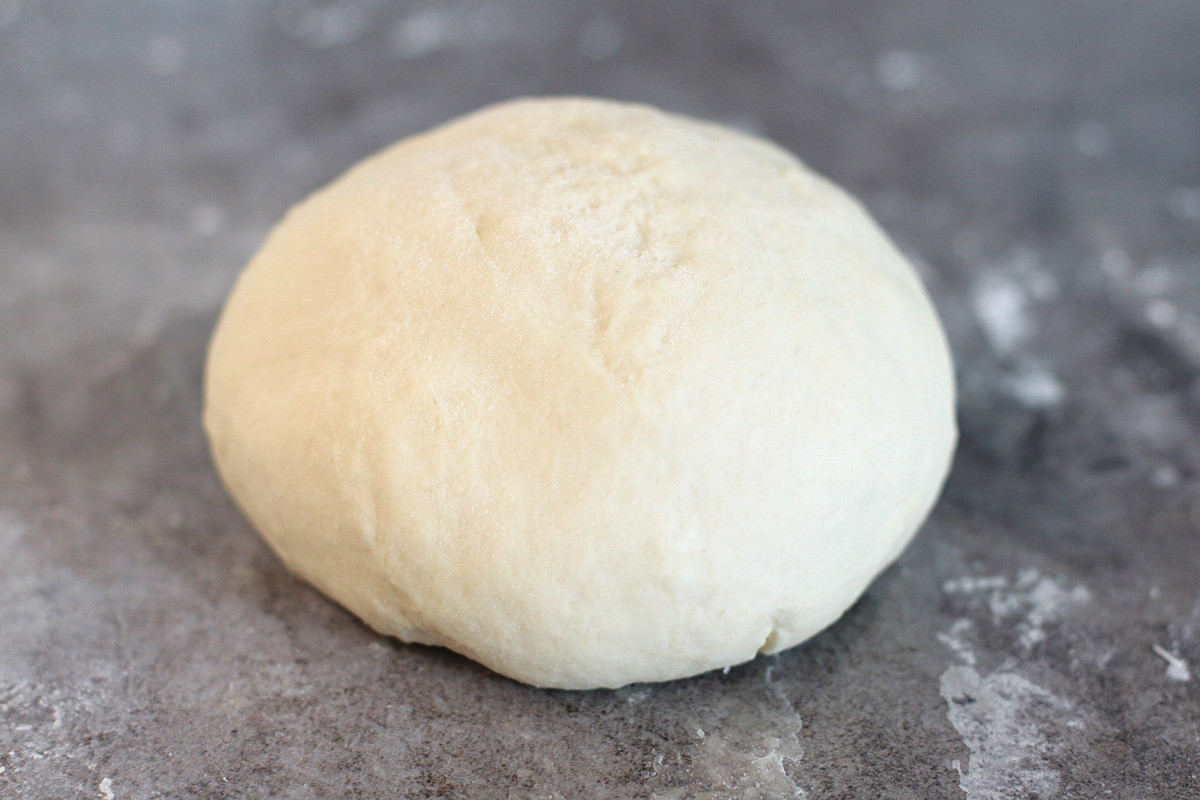 4. Meanwhile, prepare the filling: finely chop onion, and fry on the mixture of butter and any vegetable oil until soft. 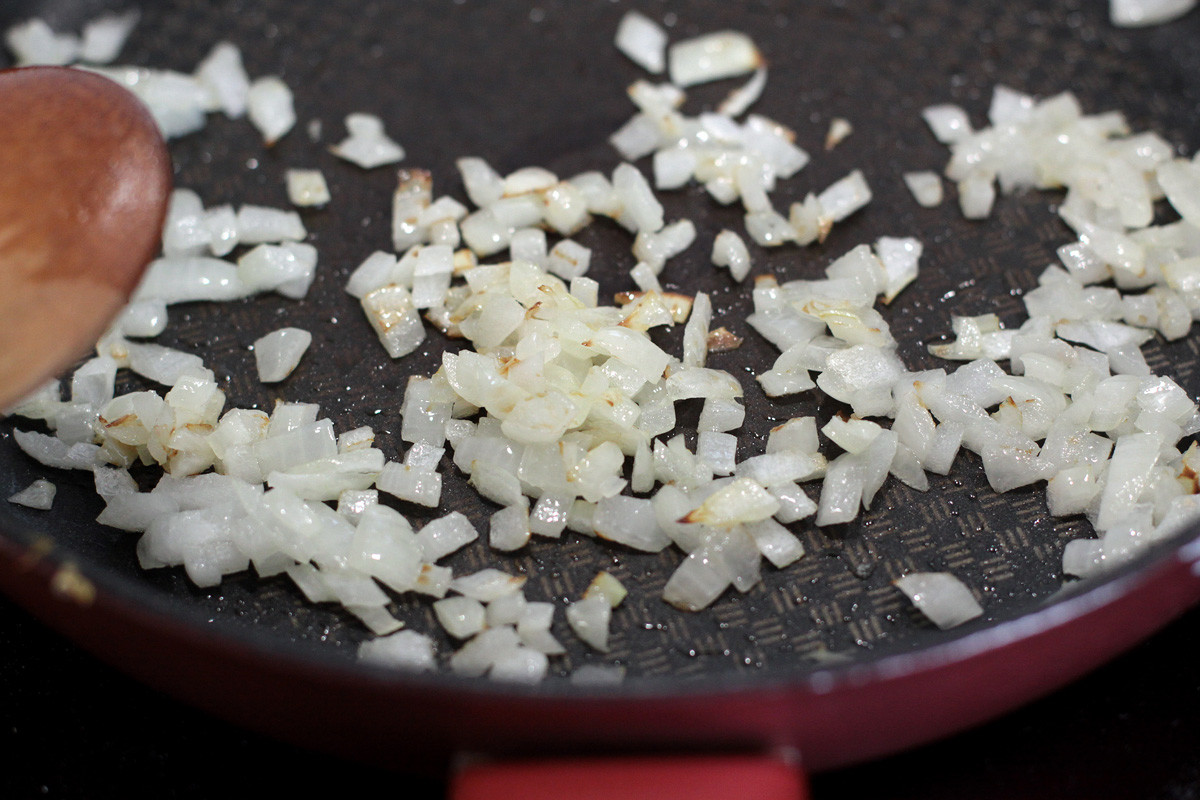 5. Add diced pumpkin, and simmer for around 10 minutes until almost done, finally add salt, ground pepper and some chopped fresh parsley, mix and remove from heat. 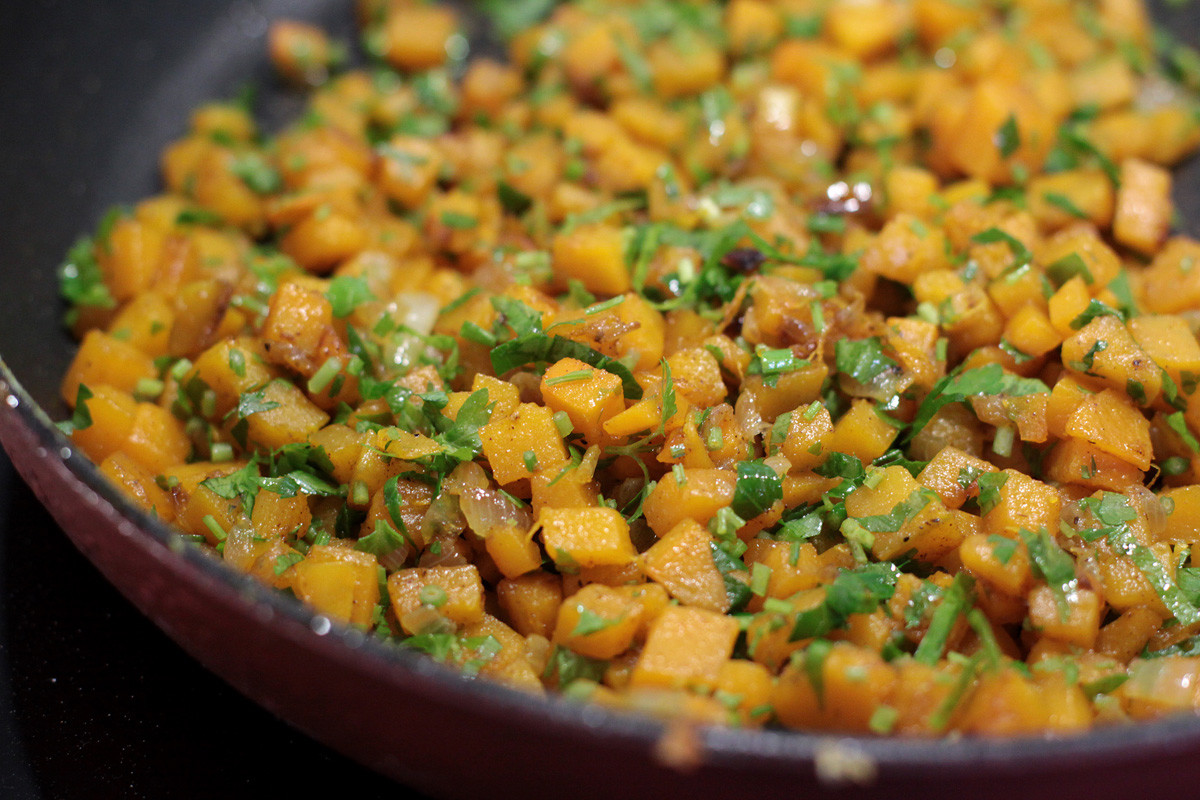 6. Back to the dough – thinly roll it on a well-floured surface. Feel free to divide the dough into 2-3 pieces if you feel like there is not enough space to roll all the dough at once. Cut circles from the dough sheet using a cup or a round cookie cutter. Collect all the dough scraps, firm a ball and repeat the whole rolling and cutting process. 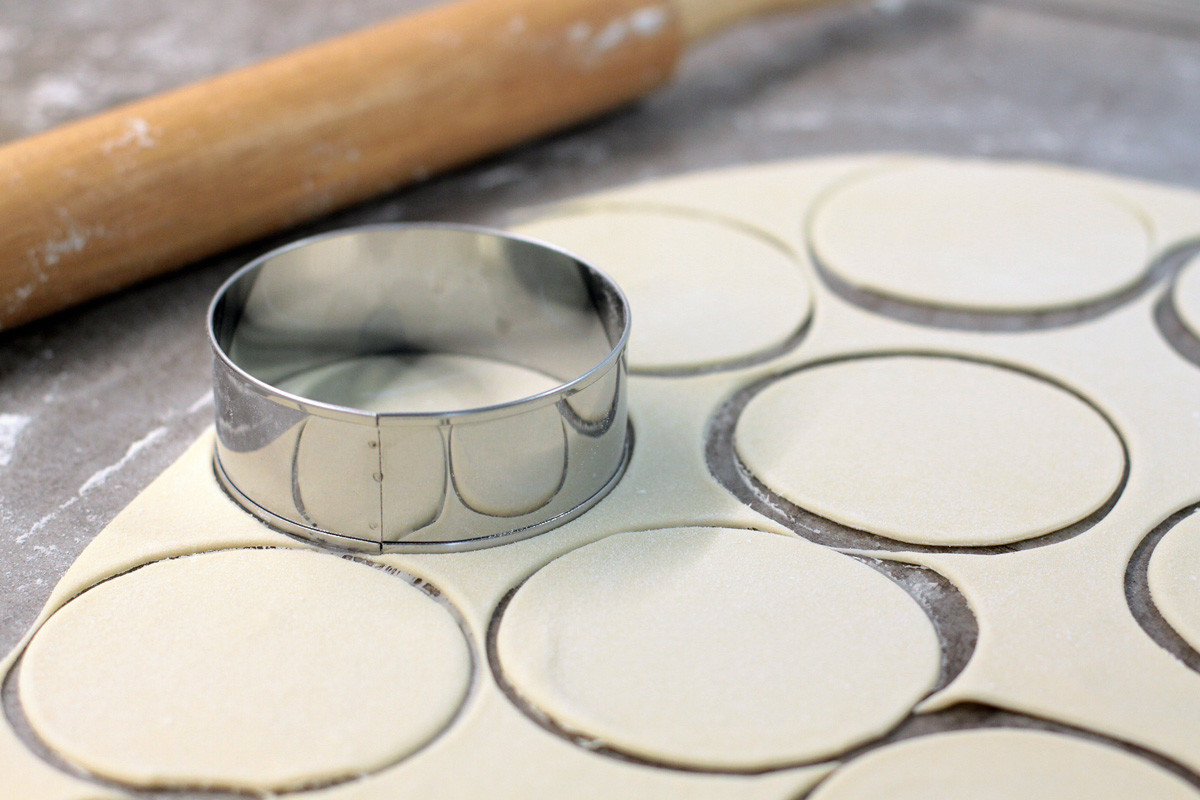 7. Put a heaped teaspoon of the pumpkin filling in the center of each circle. 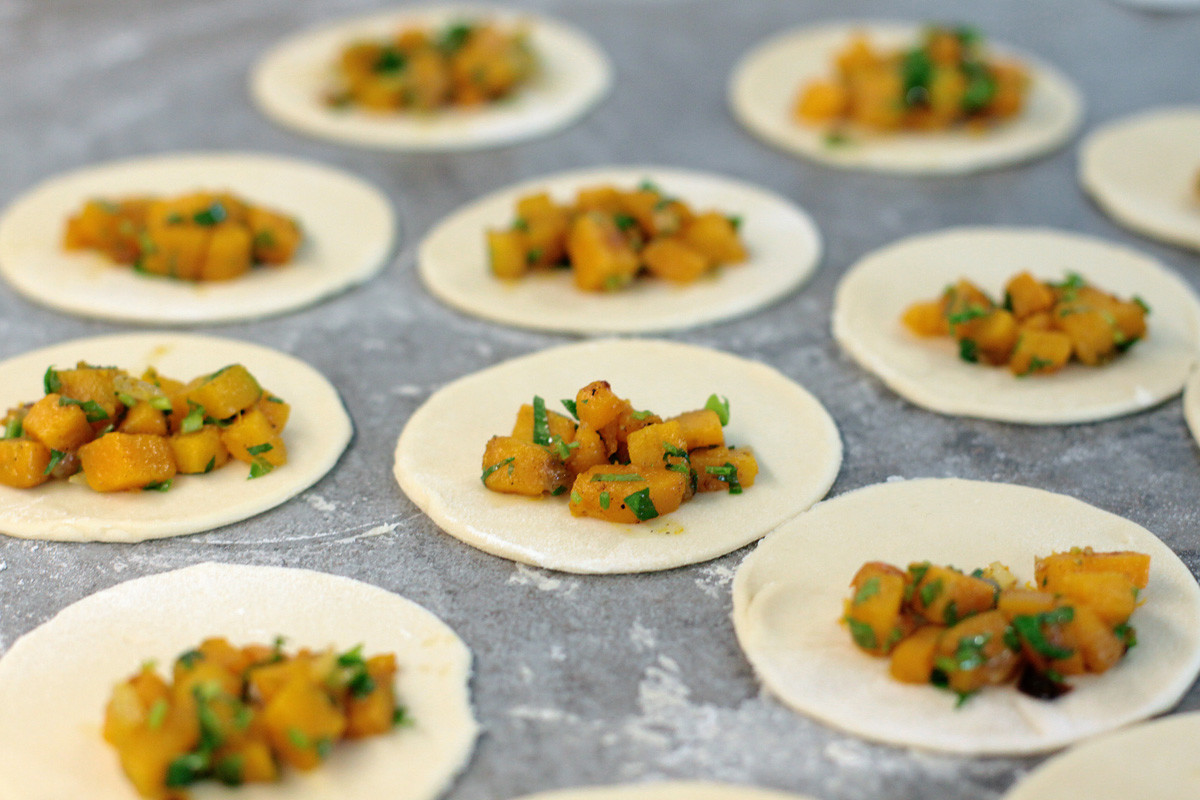 8. To form the vareniki, pull the edges of a circle together and carefully but tightly seal them with your fingers. 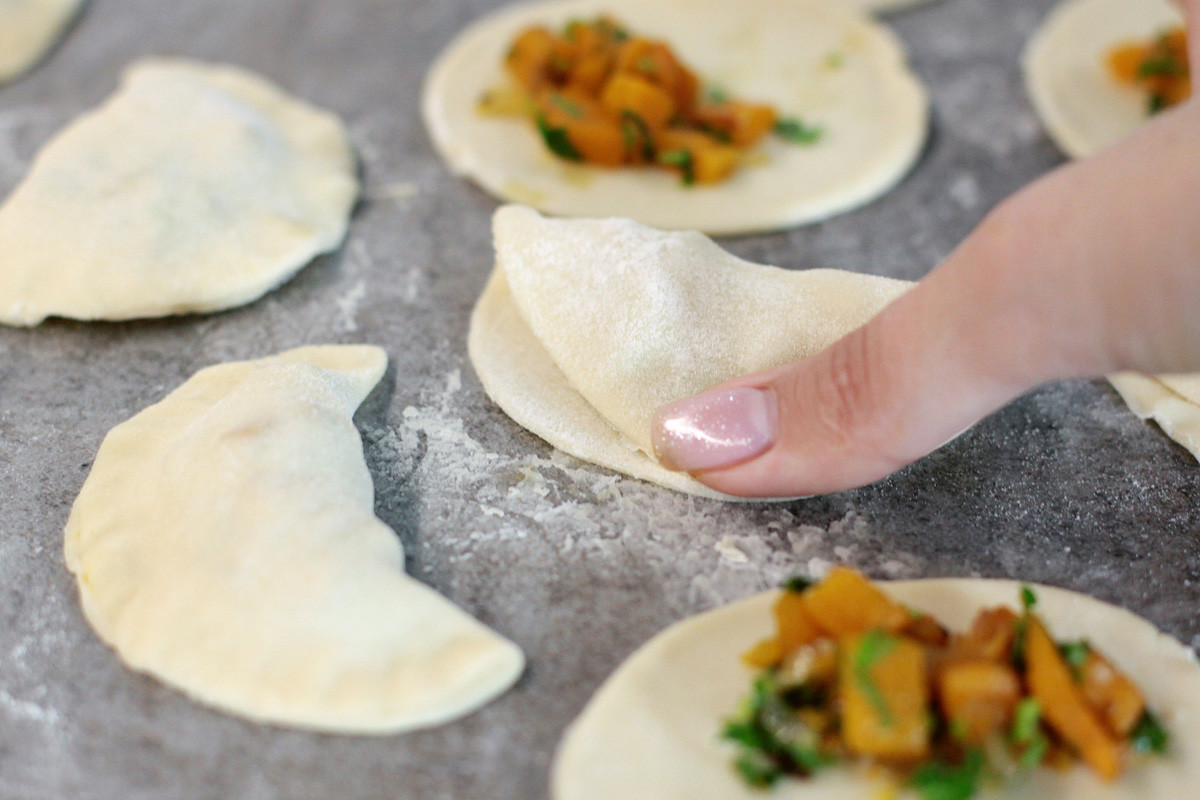 9. Leave your vareniki as is or decorate the edges with a fork, or try to create the most impressive “braided” edges with pinch and twist motions. 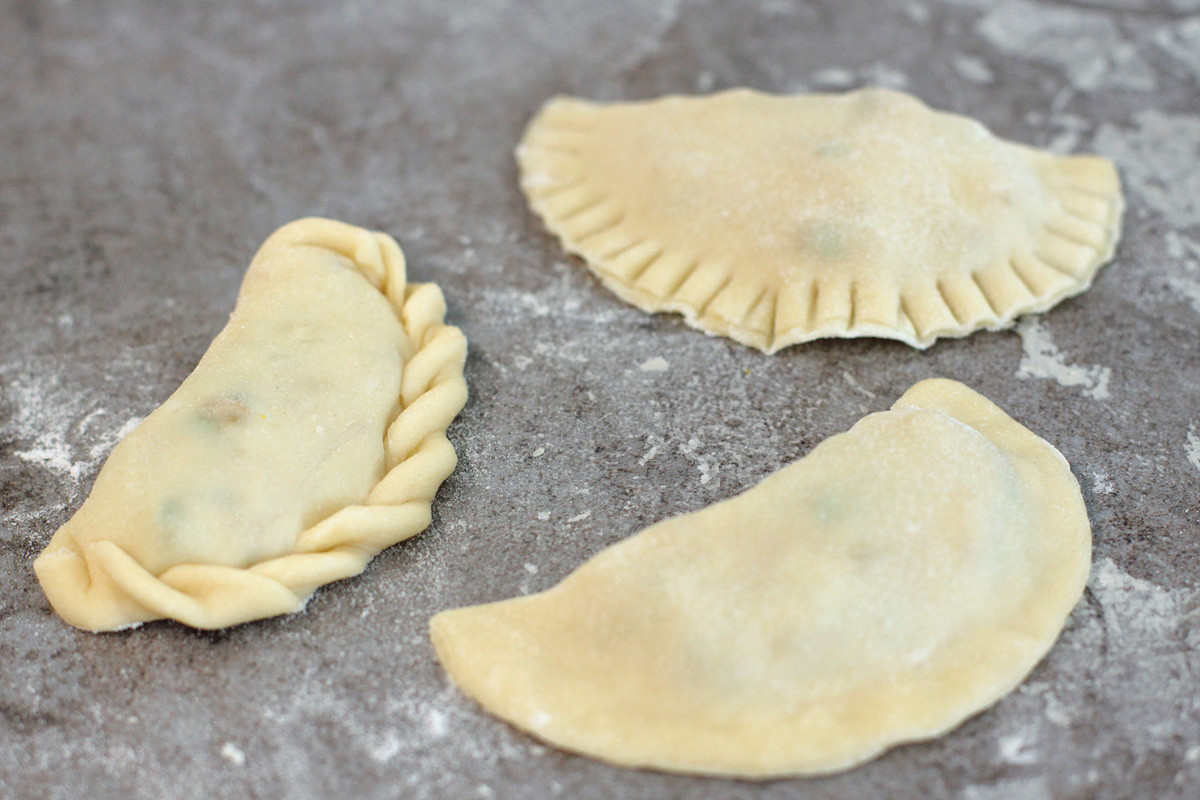 10. By the way, if you don’t feel like eating all the vareniki at a time, then just freeze them. Place the vareniki out on a cutting border sprinkled with flour so that they don’t stick together, and leave in the freezer until set. Then transfer the vareniki into zip-loc bags and store frozen. 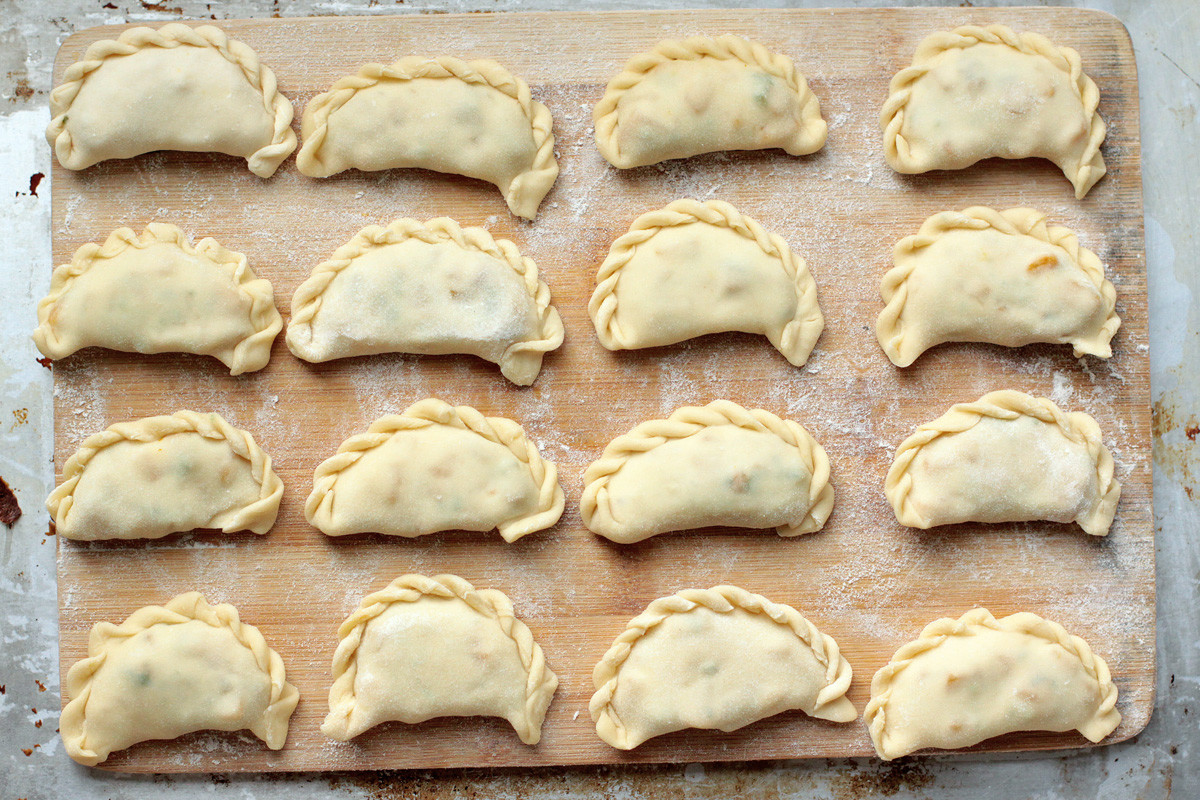 11. To cook them, bring a pot of water with a teaspoon of salt to a boil, and add fresh or frozen vareniki. Wait until they are floating in the boiling water and cook for 3 more minutes. 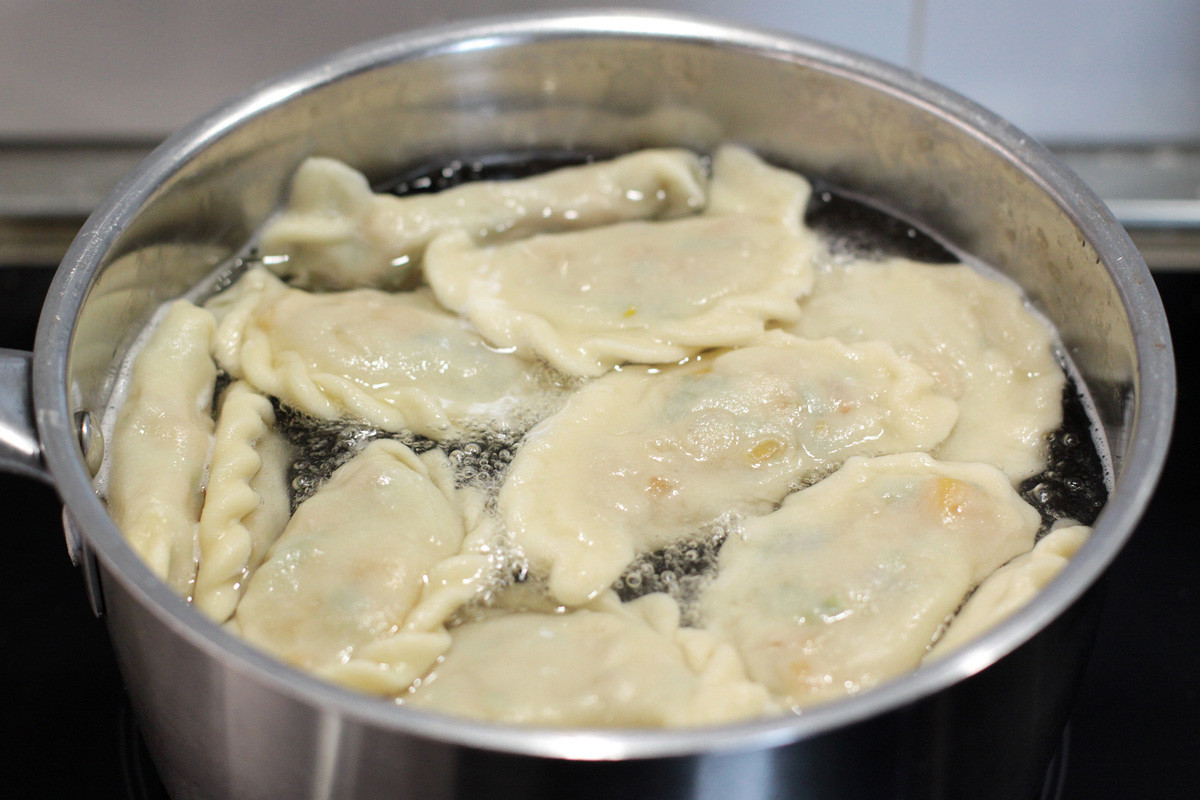 12. Gently drain your vareniki and serve with a piece of butter, sour cream and chopped parsley – priyatnogo appetita! 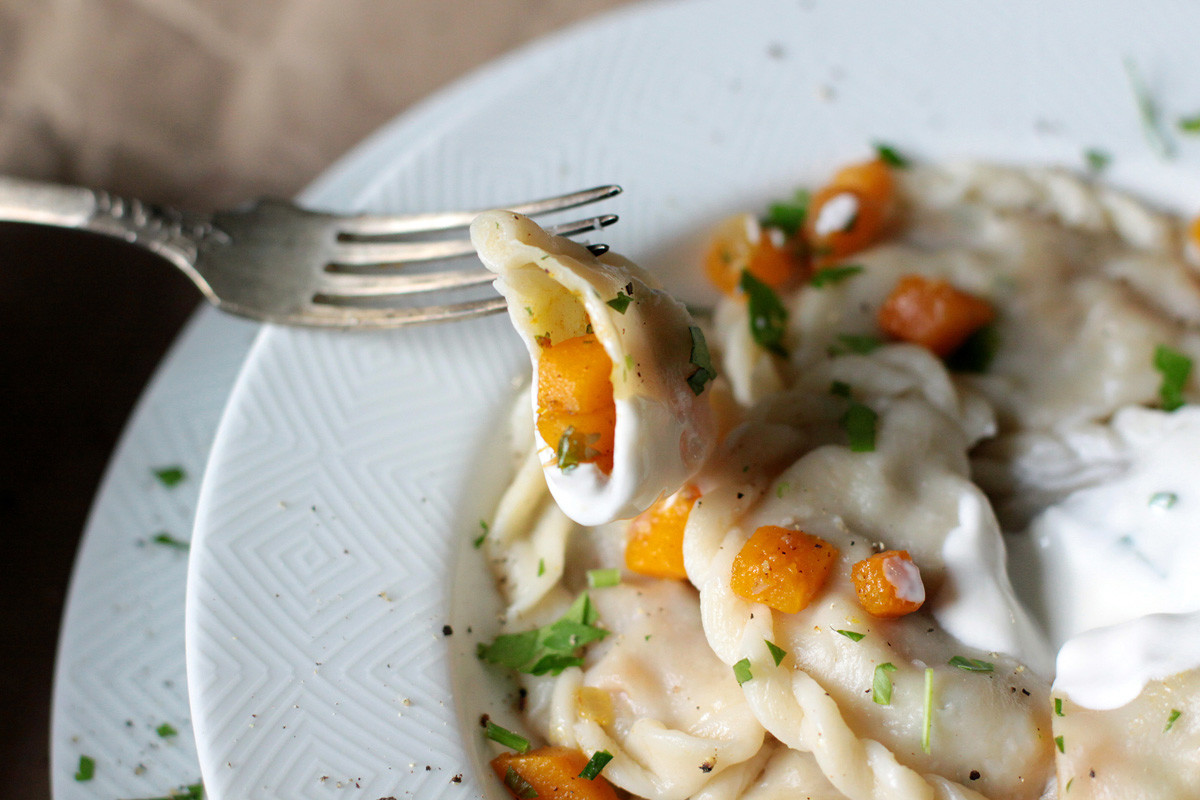 Read more: 8 Russian dishes made with pumpkins that are perfect for autumn