Aug. 14 is a special day for Slavic culture. It marks the holiday of Medovy Spas (literally "Honey Savior") as well as the church feast of the Seven Martyrs of the Maccabees. The former is associated primarily with honey, while the latter is all about poppies (since the first syllable of “Maccabee” sounds like the Russian word for poppy). On this day, people traditionally gathered bouquets of wildflowers and took them to church. Afterwards, the consecrated bouquets were put behind an icon and kept as a talisman. According to legend, poppies were a source of household prosperity and a harbinger of a good harvest. A year later, the bouquet was burned and a new one was collected. Together with bouquets, people brought water, honey, poppy seeds, and buns with poppy seeds to have consecrated in church. We present the best poppy seed recipes still popular today. 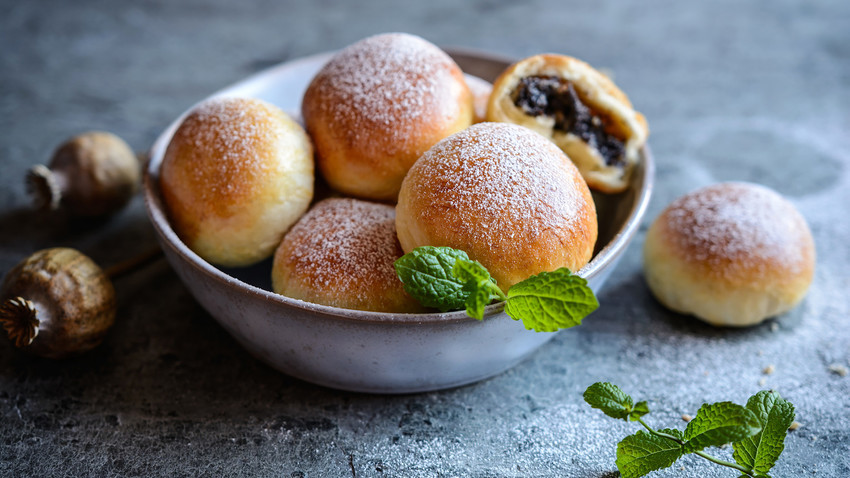 Appetizing buns with poppy seeds were baked in Russia way back in the 17th century. At first, they were sold in bazaars, and then later in bakeries and canteens. The main secret of this delicious bun is not to scrimp on the poppy seeds. 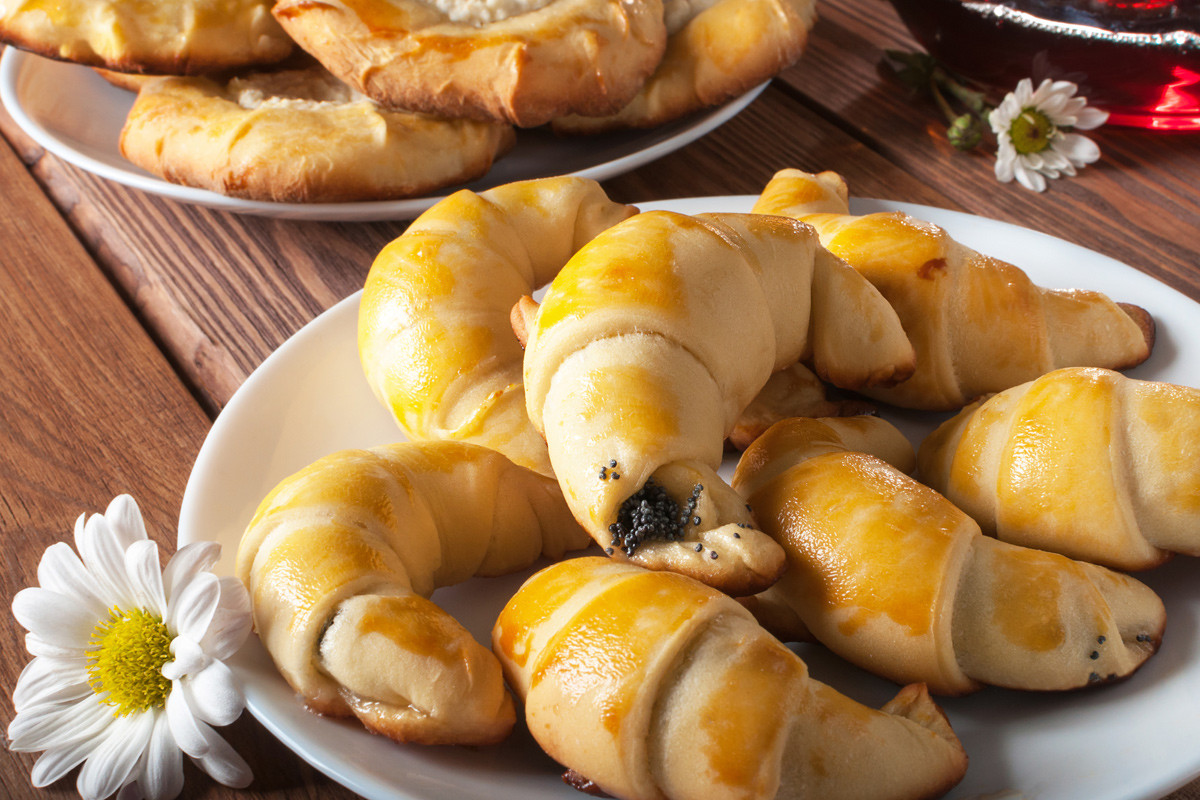 The French eat croissants, while the Russians have crescent-shaped twists, though not made from puff pastry, rather from yeast-based dough or shortcrust. Russian twists are filled with curd, berries, nuts, chocolate and, of course, poppy seeds. 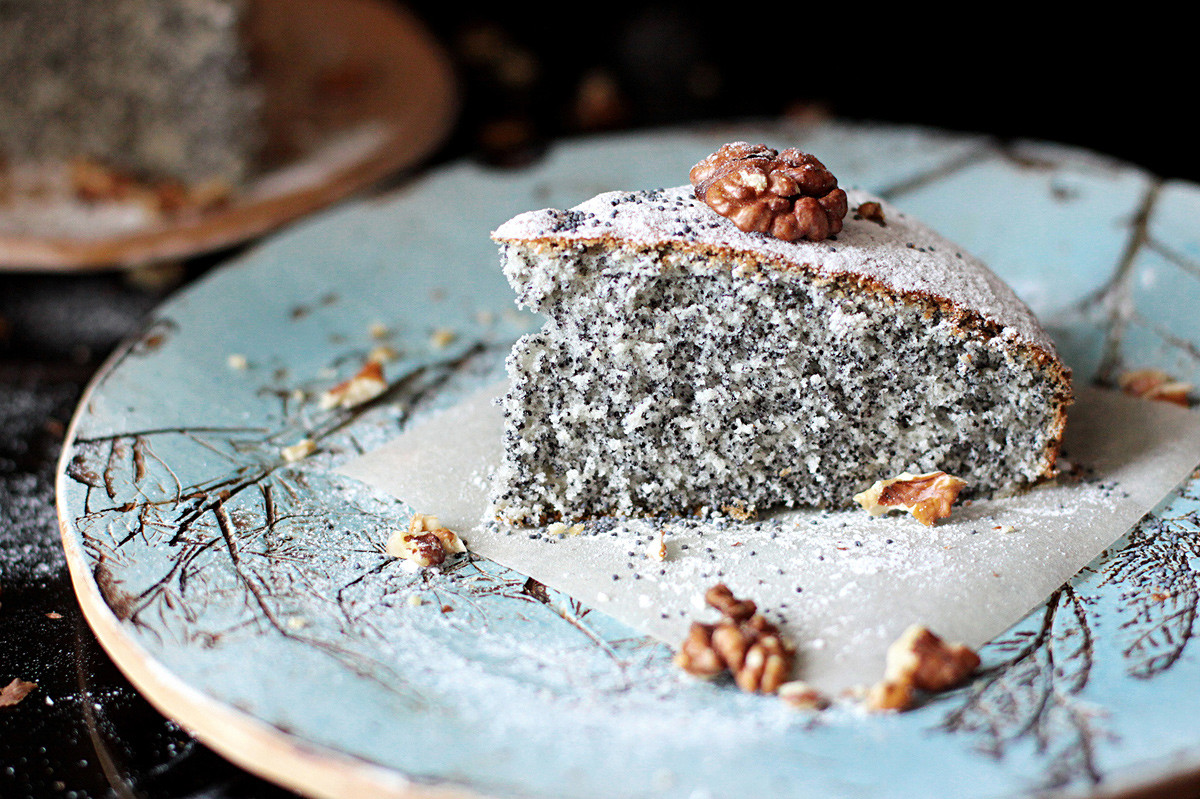 If buns and twists don’t do justice to the taste of poppy seeds, you can scale up to a full-blown poppy seed cake. Makovnik, as it’s known in Russian, is a traditional Easter dish, but no one will quibble if you make it on Aug. 14. Just make sure there are more poppy seeds than dough. 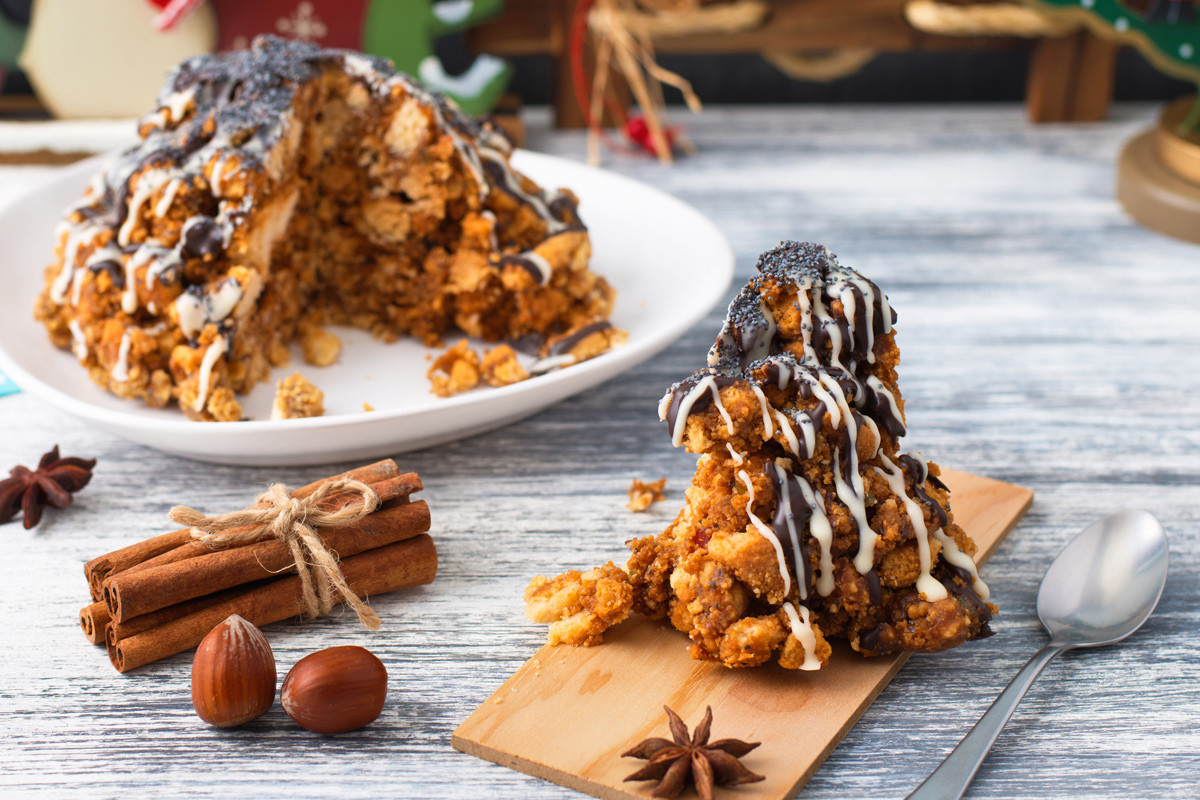 Muraveynik (“Anthill”) may have fewer poppy seeds than makovnik, but is amazingly delicious all the same. Don’t let the uncanny resemblance to an ant colony, hence the name, put you off. 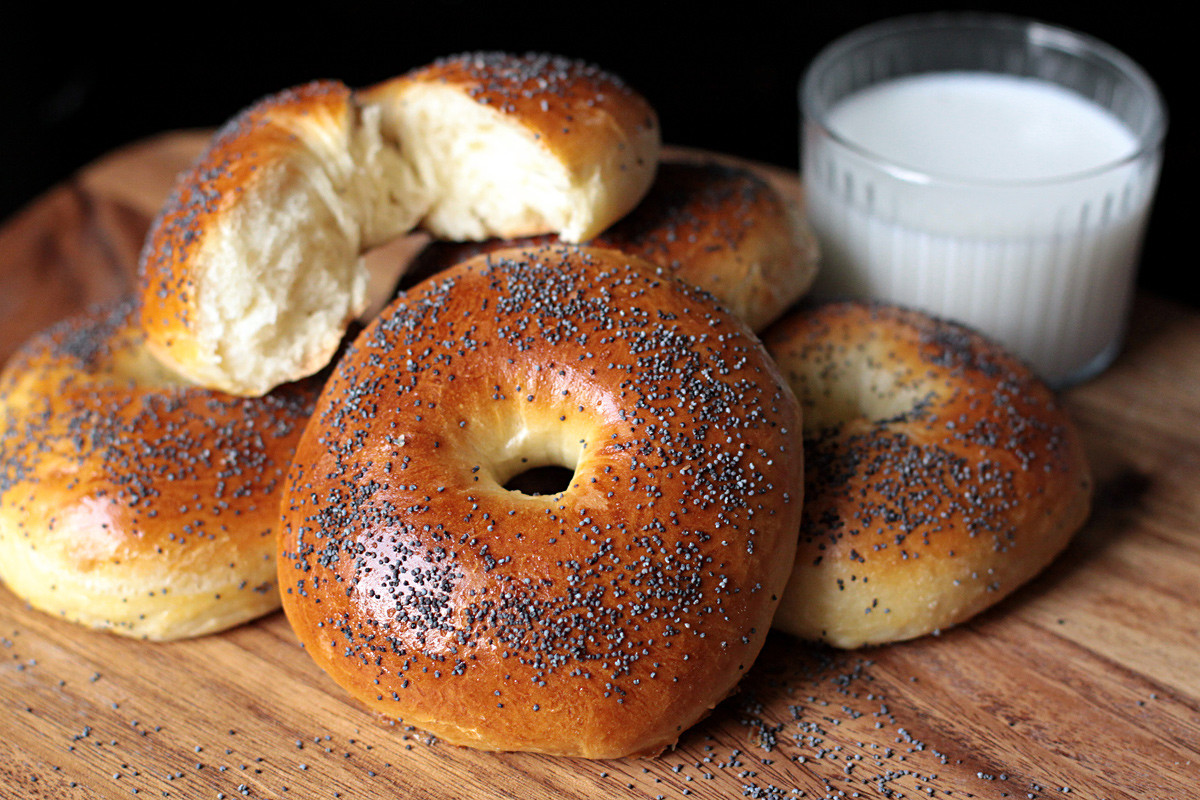 This is one of the very first baked products with poppy seeds that Russian children get to taste. Bagel-type bubliki are not very sweet, but resemble a rattle and are easy for small hands to hold. 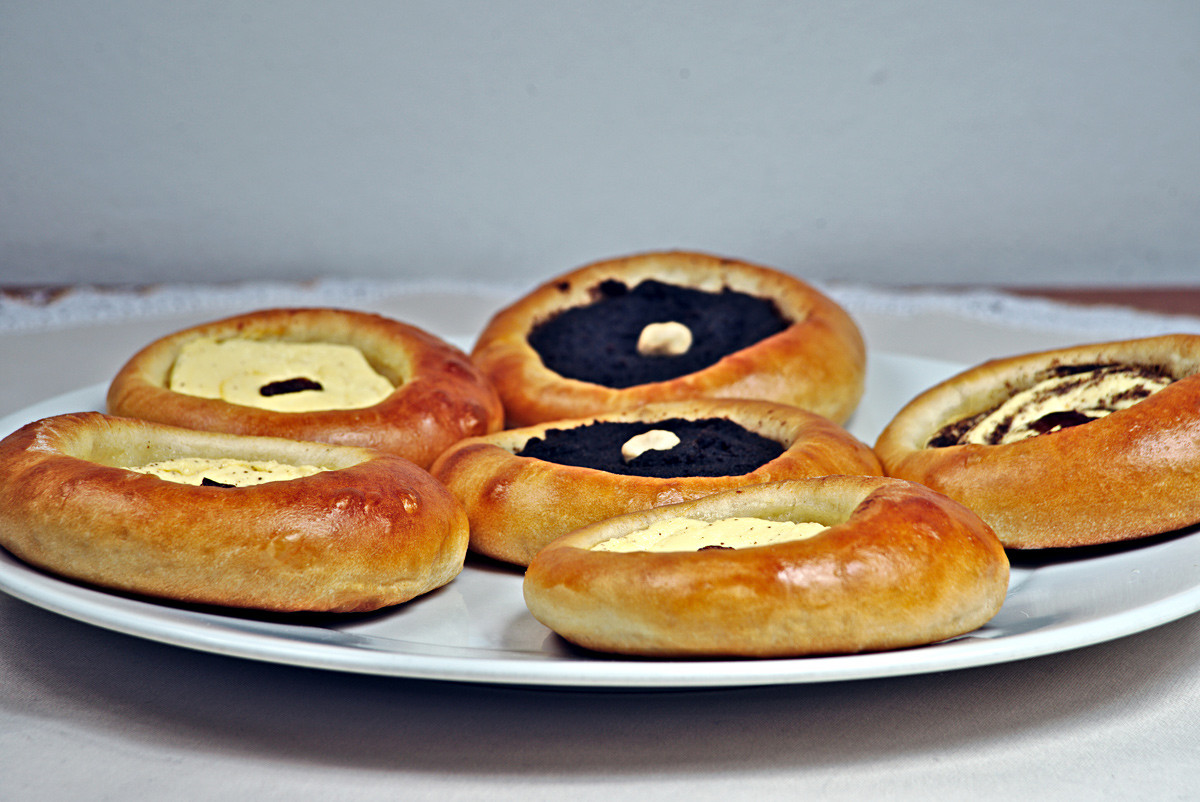 These fluffy open-top pastries were made by the ancient Slavs. The classic filling is cottage cheese, but fresh berries, jam, or poppy seeds also go well. The recipe for curd and poppy seed vatrushki is almost identical to the traditional one. Just remember that it needs to be boiled for 10 minutes on low heat with honey (3 tbsp) before adding poppy seeds (6 tbsp per 250 g of curd). 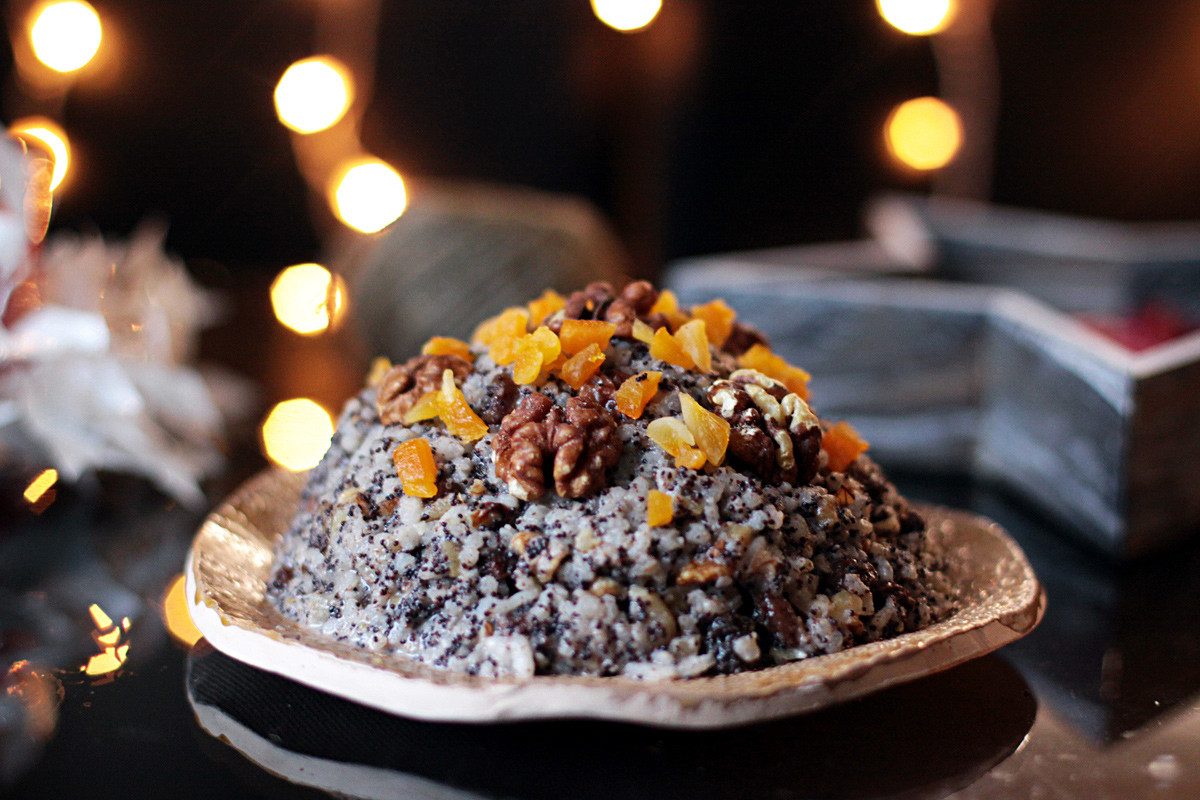 This is a traditional Slavic dish prepared for Christmas, Epiphany, and days of remembrance for the deceased. Putting aside the religious connotations, it is a healthy and nutritious cereal made from wholegrain wheat or barley, millet or rice with dried fruits, nuts, and poppy seeds.