How to bake iconic rogaliki, aka Soviet “croissants” 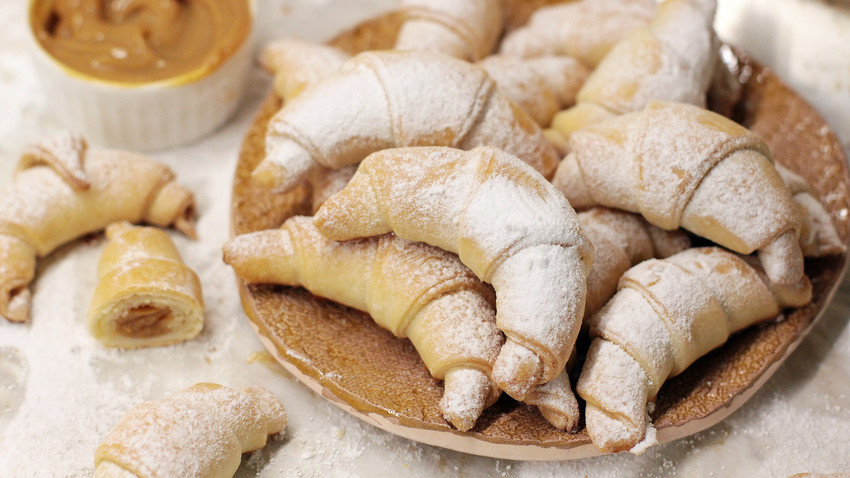 Victoria Drey
Enjoy the genuine taste of Soviet childhood with a top-notch pastry made with sour cream.

The name “rogalik” derives from the Russian word that literally means “horn.” Indeed, it is all about the pastry’s crescent shape. Many believe that a croissant and rogalik are just different names of the same pastry, but this is not quite correct. If croissants are traditionally associated exclusively with puff pastry, then rogaliki can be made from yeast dough, shortcrust and even tvorog (quark) pastry.

In Soviet times the most popular type of rogaliki were those made from classic yeast dough: it was a kind of sweet bread available in every school or company canteen, and sold for the same price all around the country. Depending on the region, the basic rogaliki recipe had some differences: in Moscow, for instance, the most popular rogaliki had a nut stuffing; in Novosibirsk, they traditionally coated pastry in castor sugar; and in Ukraine, rogaliki were usually filled with fruit and berry jam (varenye).

However, my grandmother remembers that the most beloved type of rogaliki were those made from short pastry: they were much smaller than the yeast ones, always generously dusted with powdered sugar and were more like some type of cookies. Unlike the yeast dough version, you could not so easily find short rogaliki on sale, which is why many Soviet women had their own signature rogaliki recipe that they often shared with each other.

Today, I basically follow the same recipe that my grandmother has been using for almost 30 years. Instead of basic short pastry, however, I make the sour cream one. I feel that using a dairy product makes a world of difference, and the shortcrust pastry becomes much more tender and rich in taste.

Ingredients for the pastry:

1. First, make sure you leave the butter at room temperature for around 30 minutes to soften before kneading the dough. 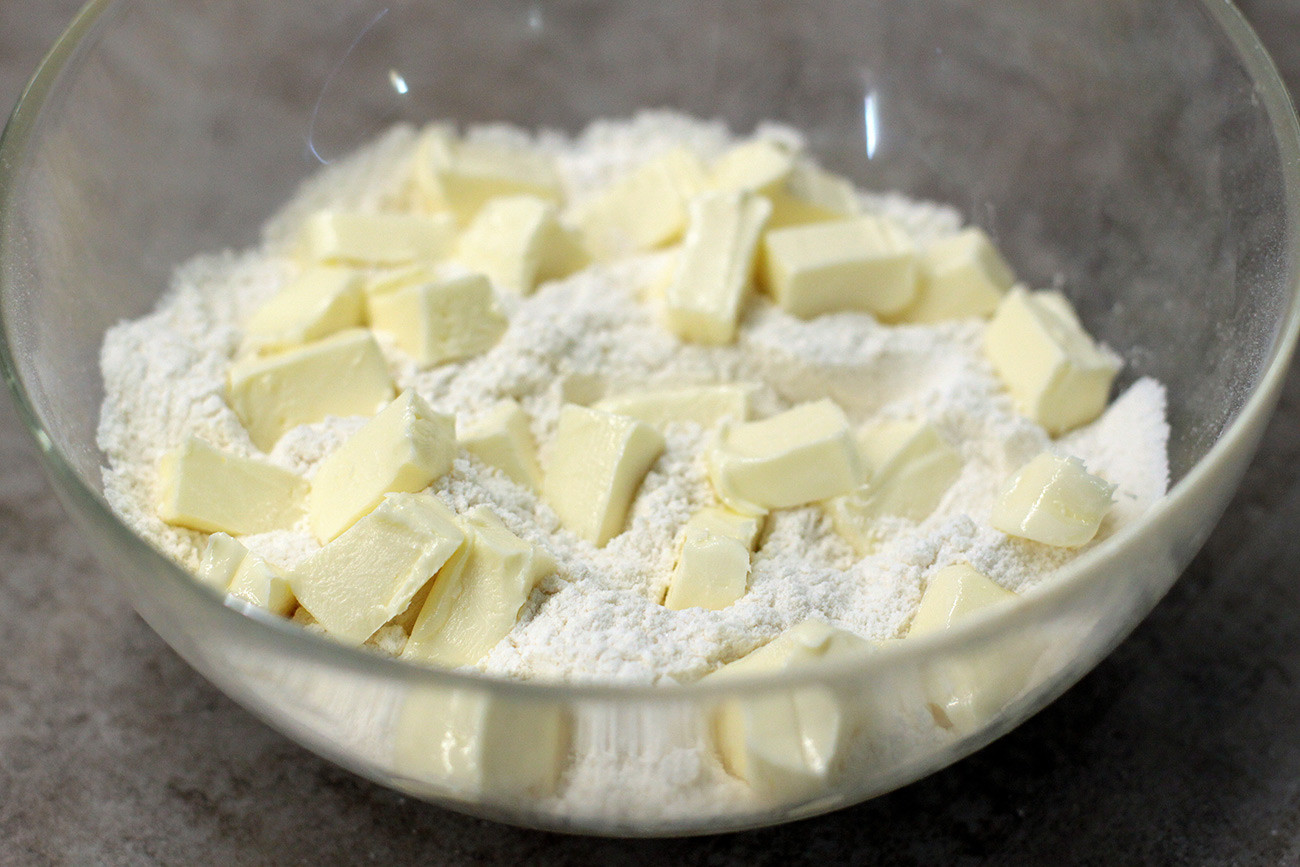 2. Using a fork in a large bowl, mix the softened butter with sifted flour, baking powder, sugar and salt. At this point you should get a kind of sandy consistency. 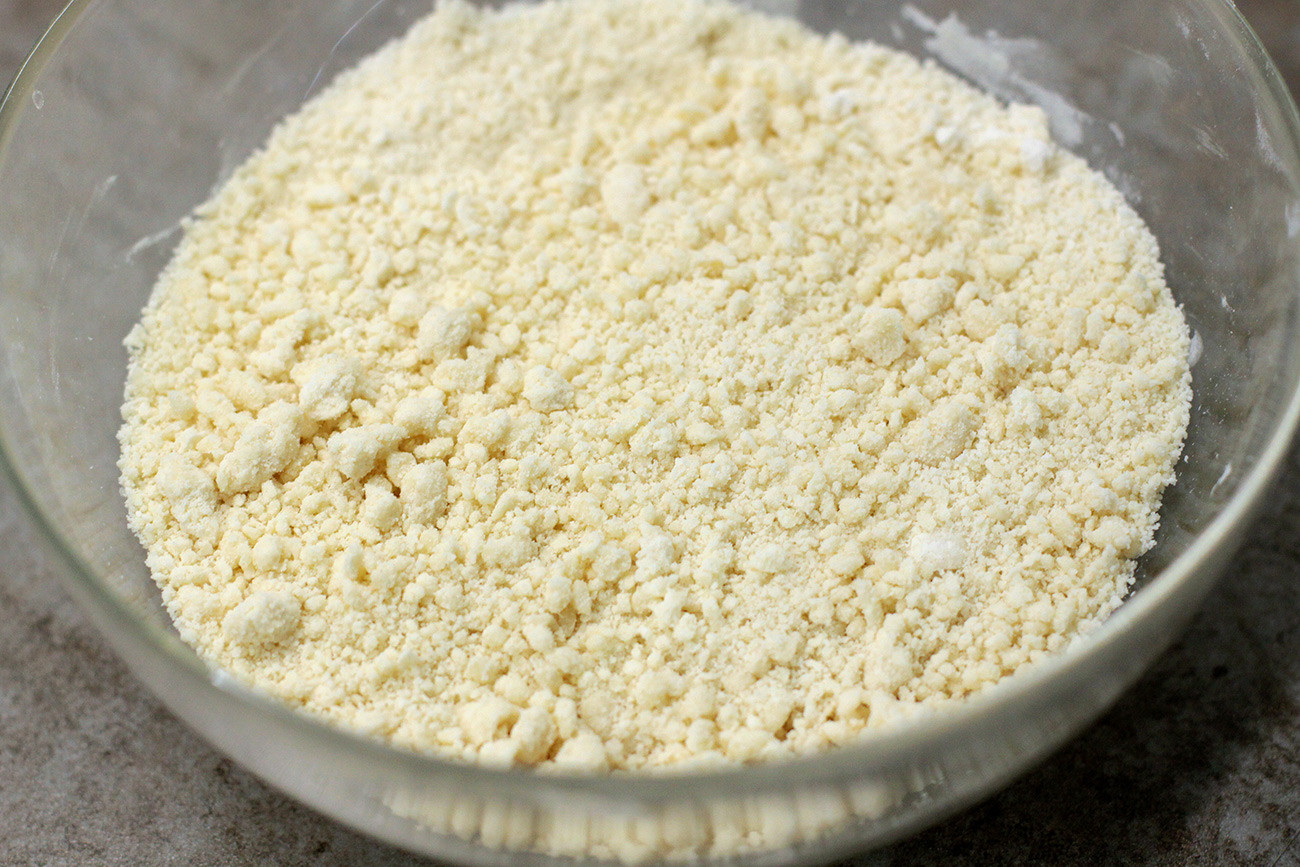 3. Next, add all the liquids – sour cream and half of beaten egg – and knead the dough. It should be quite firm but still soft and elastic. Separate into two equal parts; then put each piece of dough in a plastic bag and leave in the fridge for 30-40 minutes to cool. 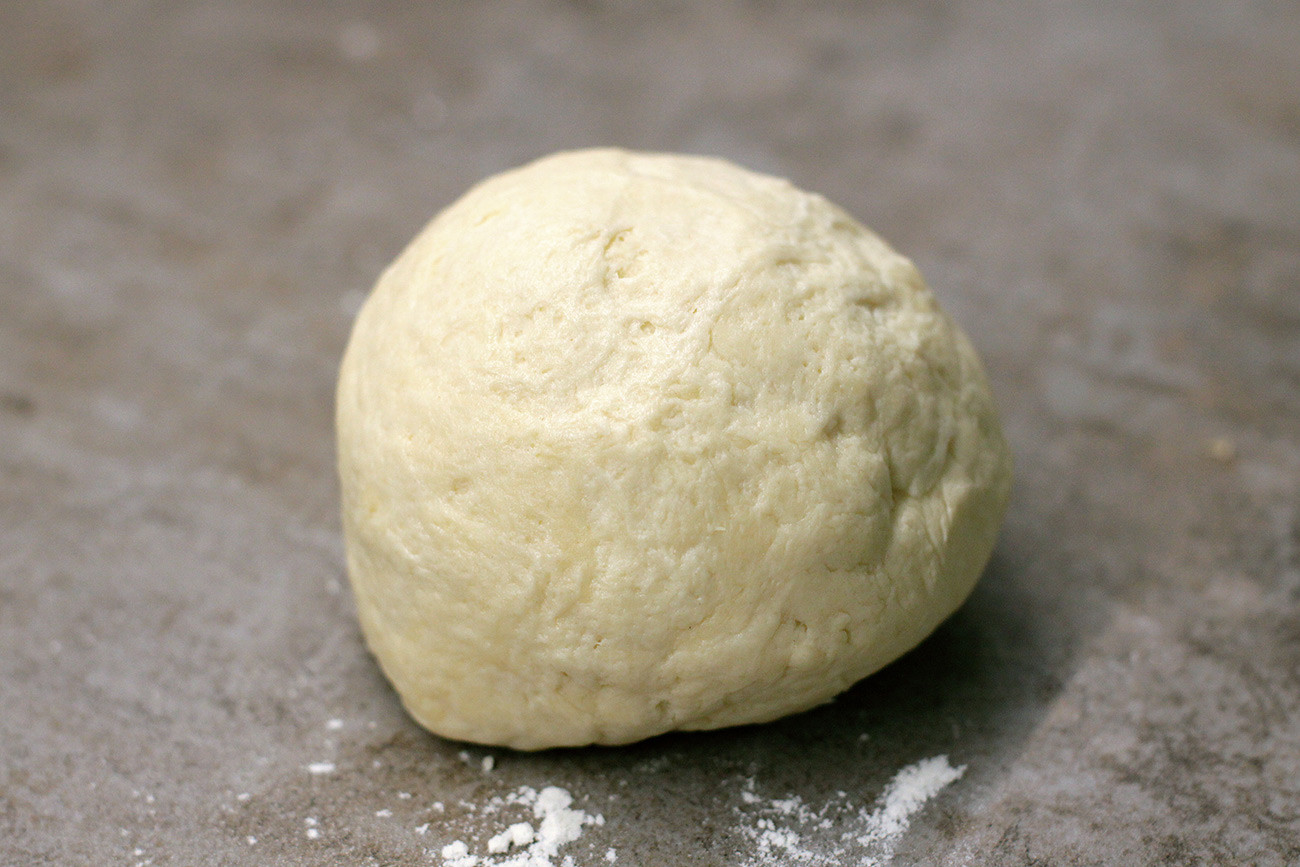 4. Take one portion of the dough and using a rolling pin roll it into a circle. Then cut the circle to make about 10-12 triangles. 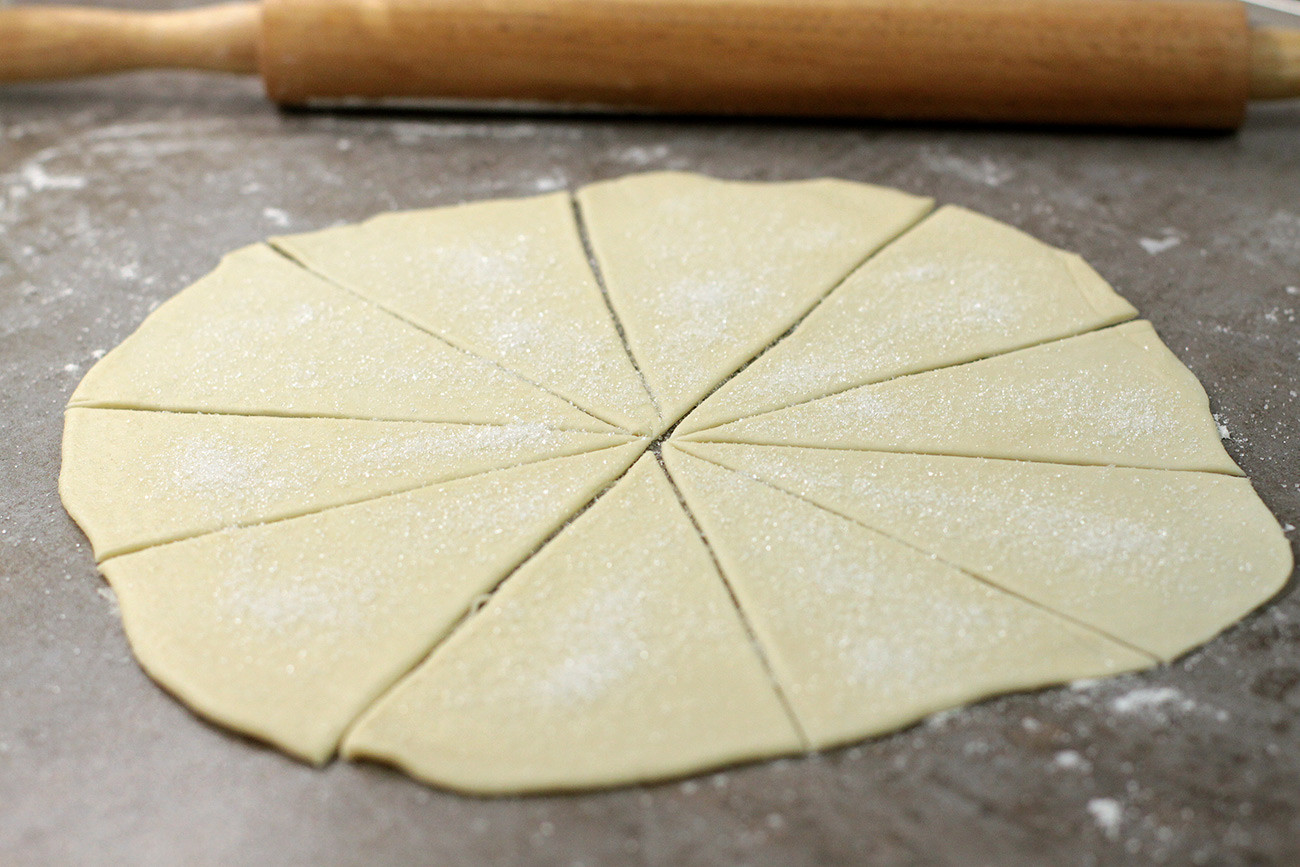 5. It is time to “stuff” your future rogaliki: here you can use basically any filling from plain sugar to different kinds of jams and marmalade. The first portion of the dough I sprinkled with sugar – it is actually the most traditional Russian rogaliki filling. Roll each triangle toward the center to get a rugelash shape and slightly push down the edges. 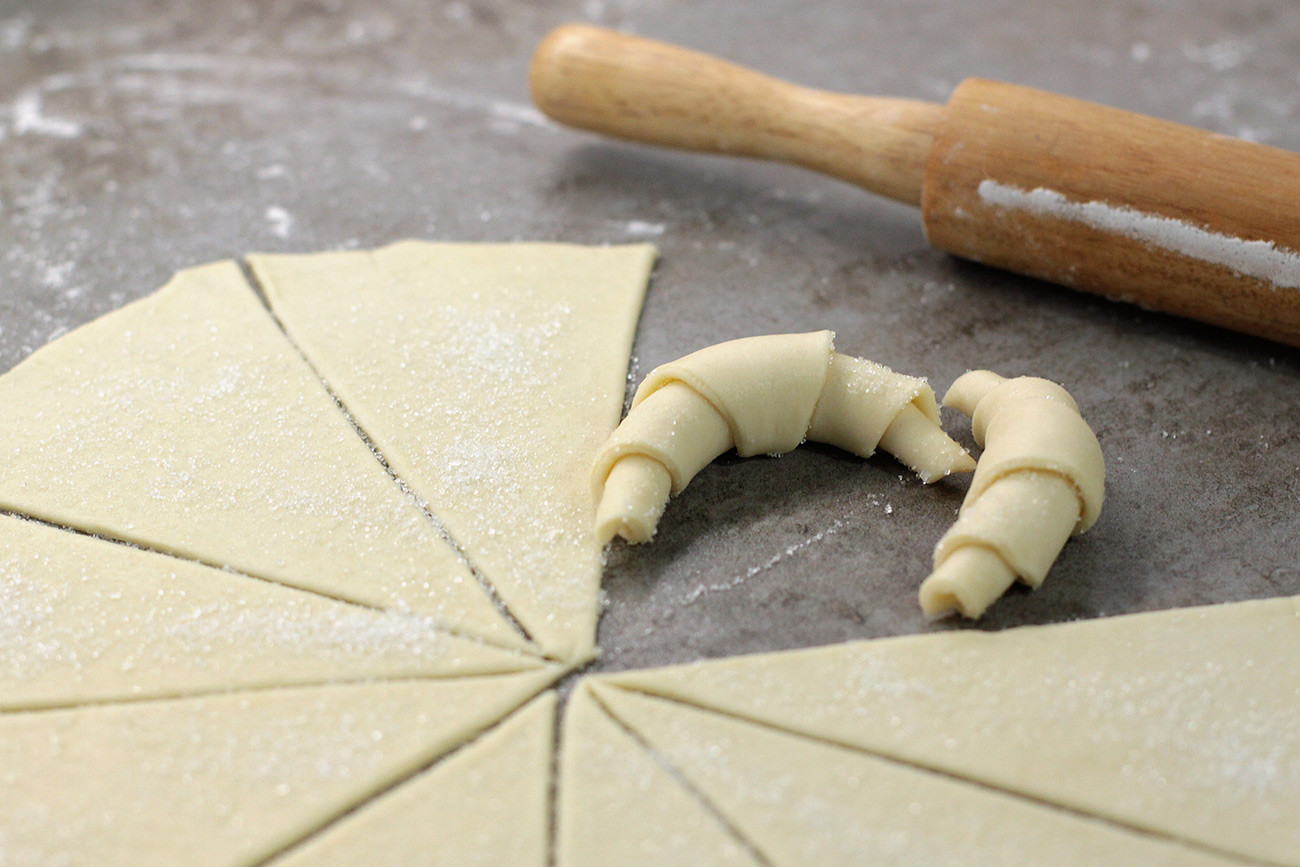 6. Repeat the whole process with the second portion of the dough: for this I used so-called caramelized milk, or dulce de leche – another iconic filling in Russian pastry (and BTW my favorite one). Make sure not to overstuff the rogaliki with fillings such as jam or dulce de leche because it may leak while baking; for one piece use around 2/3 of a teaspoon. 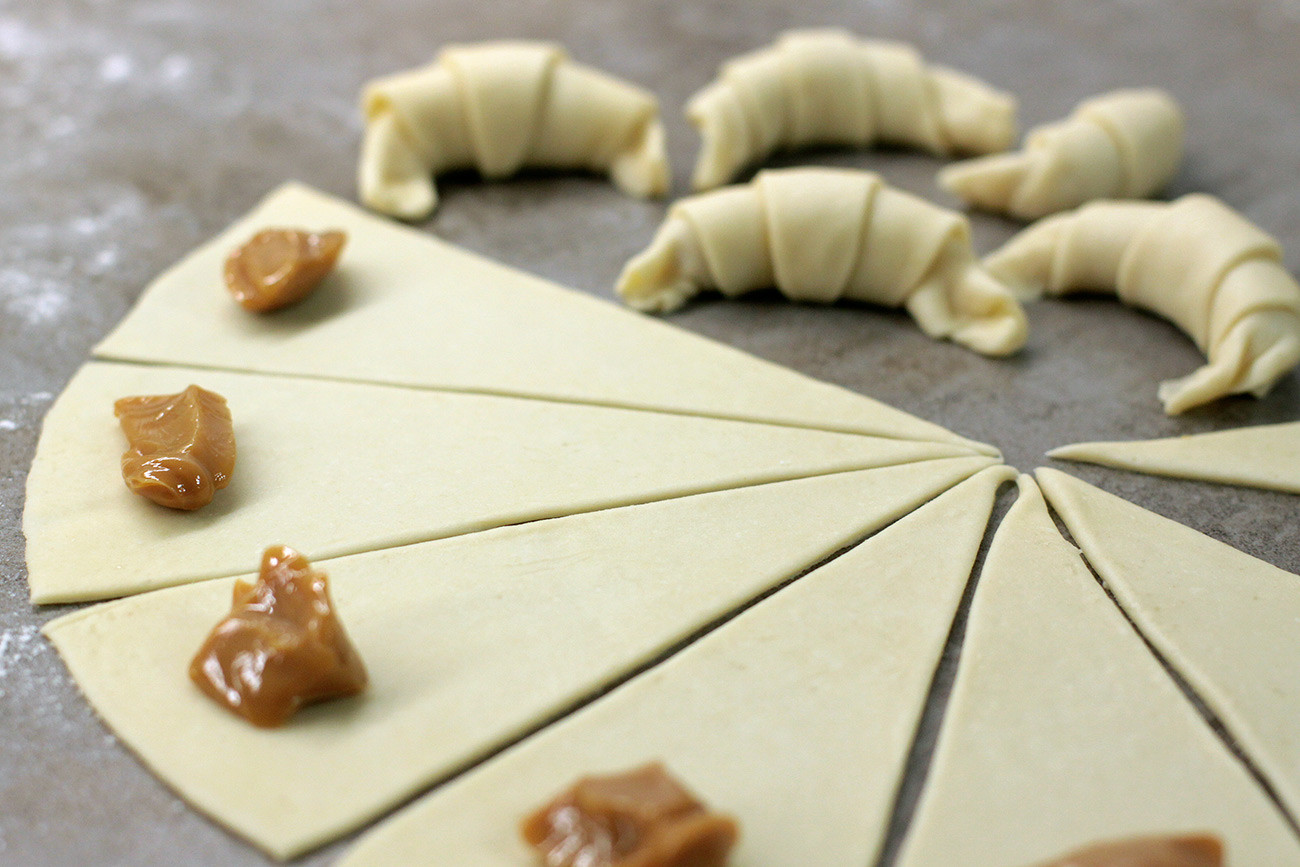 7. Place your rogaliki on a baking sheet covered with a sheet of parchment, and smear cookies with the remaining half of the beaten egg. Bake in the oven at 180°C for 20-25 minutes until golden tops. 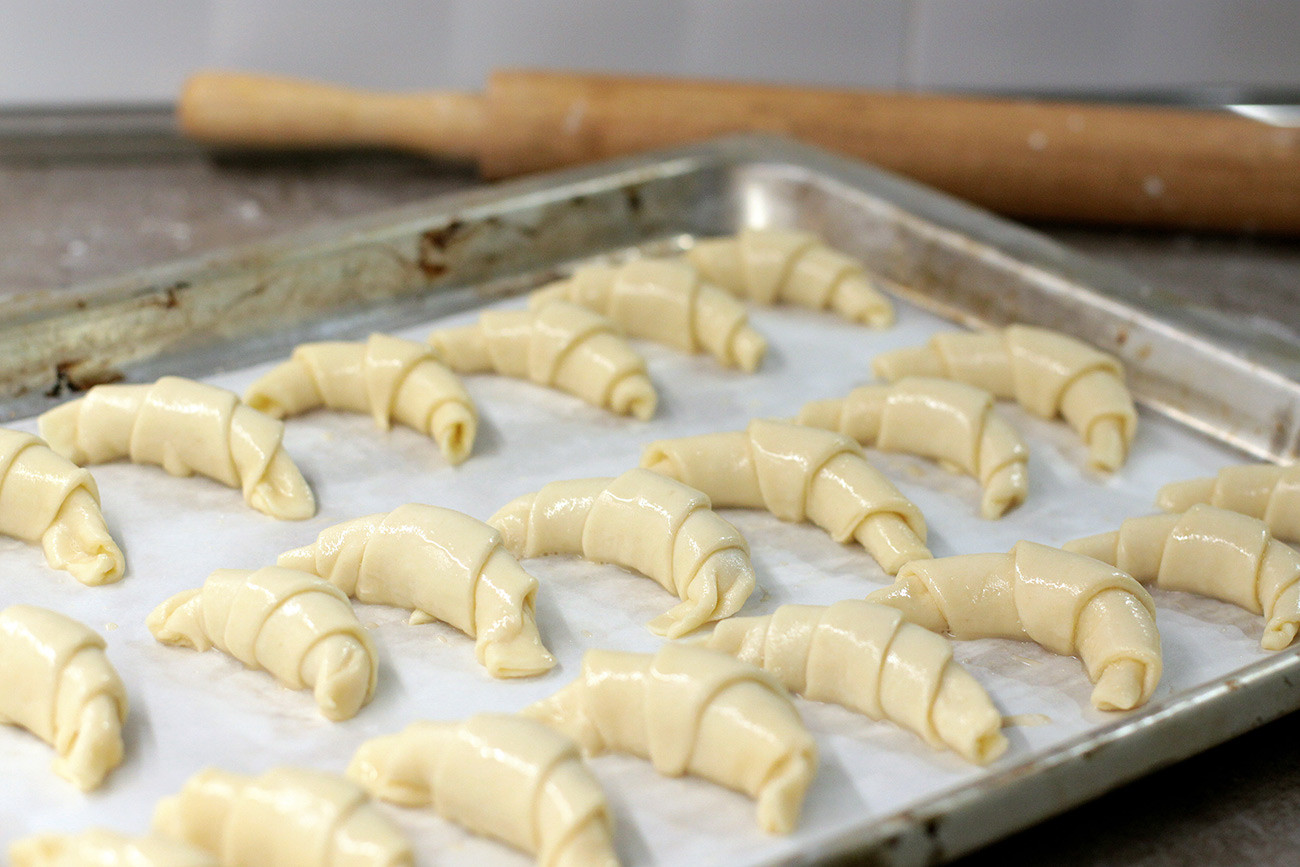 8. Let the rogaliki slightly cool and generously dust them with powdered sugar. Pour a glass of cold milk or a cup of black tea, and enjoy the rogaliki – priyatnogo appetita! 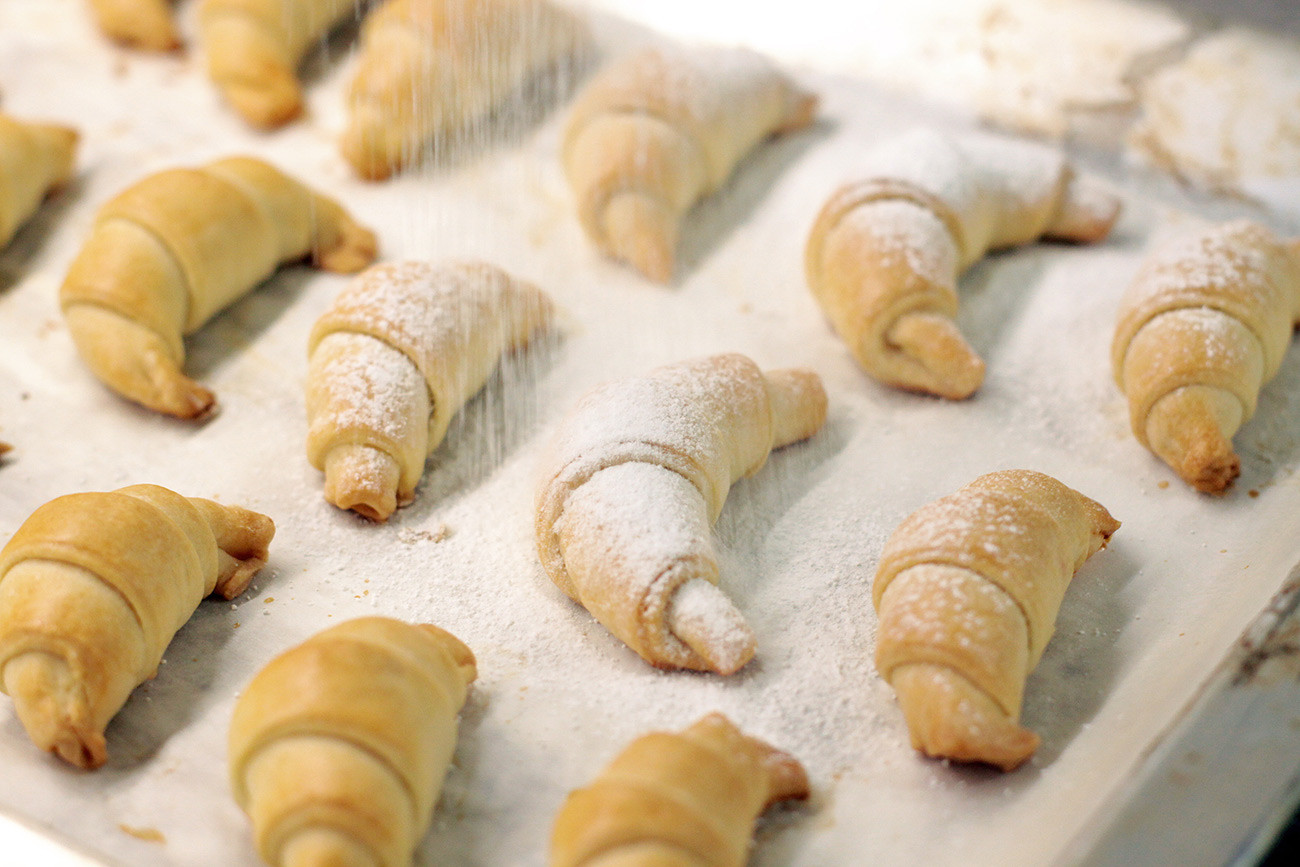 Read more: How to drink tea like a Russian in 5 steps