“Lazy” Napoleon: This delicious dessert will be the delight of your party 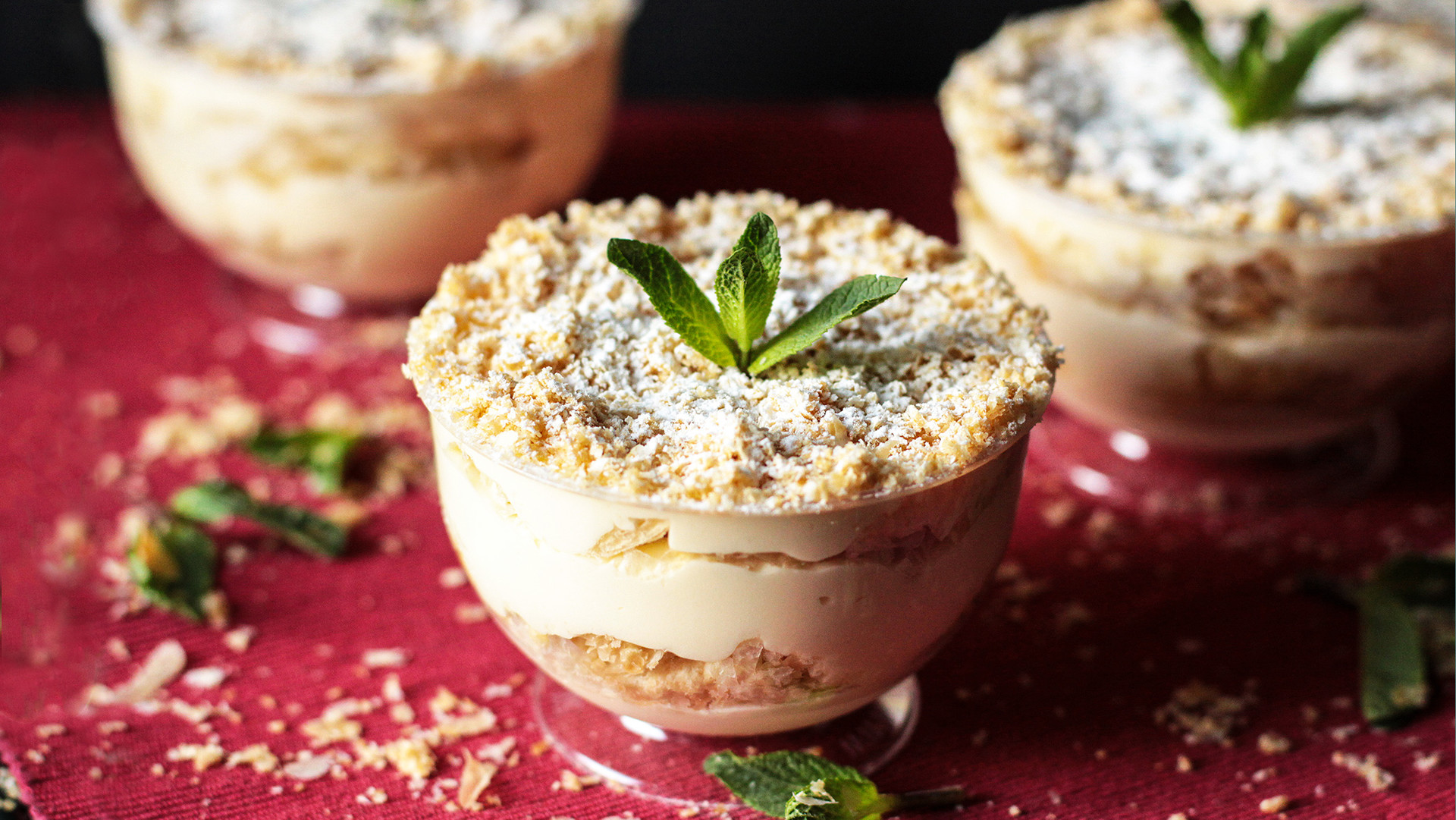 Nothing can beat a homemade Napoleon cake.

Victoria Drey
Learn the easiest modern recipe for the most complicated Soviet cakes.

If you ask any Russian about his favorite cake, there is a high probability that the answer would be ‘Napoleon’. In Russia you can easily find it in any café, bakery and supermarket. But those who really love this cake know that nothing can beat a homemade Napoleon: this multi-layered cake has plenty of puff pastry sheets generously smeared with vanilla custard. Napoleon fans believe this cake is an essential part of Russian and Soviet cuisine.

Originally, this puff pastry and custard cream dessert came from France: it is believed that the Napoleon was inspired by the French slice mille-feuille, which means a ‘thousand layers’ cake. This name makes sense: the dozens of thin puff pastry layers make this dessert iconic. Today, nobody can tell for sure why Russian confectioners gave this cake the name of ’Napoleon’, but the most popular version is that the cake was made as a symbol of the 100th anniversary of the victory against Napoleon Bonaparte’s army in 1812.

Making the Napoleon cake has always been a big thing in my family. As a child I remember constantly asking my mother and grandma to make a big Napoleon for my birthday party: every year they added more and more layers so the giant Napoleon with candles has consistently been the major star on my festive table.

Today, we don’t have that much time and patience to make a real ‘thousand layers’ masterpiece. It seems this recipe is even better than the original one: not only can you make as many individual portions of Napoleon as you need, but you also don’t have to wait plenty of time until the cake gets soft and moist in the fridge; the authentic Napoleon needs to sit in the cold for at least 24 hours. Another great thing about ‘lazy’ Napoleon is its cream: instead of regular milk custard, I make similar frosting but based on sour cream. This gives the cream a richer and unique taste and brings your Napoleon to perfection. 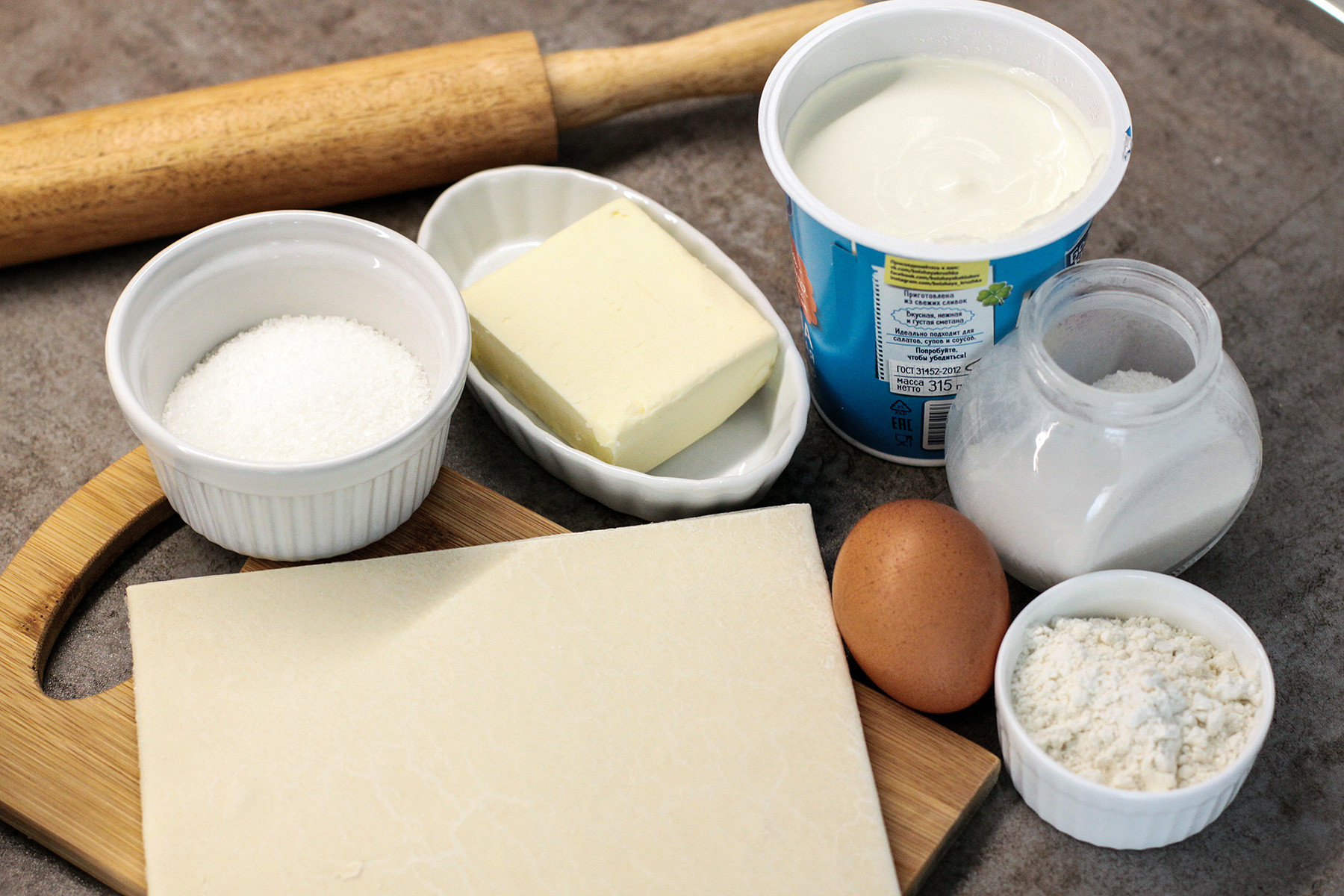 1. First, take a sheet of store-bought puff pastry from the freezer and thaw it at room temperature. Make sure to dust the surface of the pastry with some flour and cover it with a kitchen towel or plastic wrap so that the pastry surface doesn’t get dry. 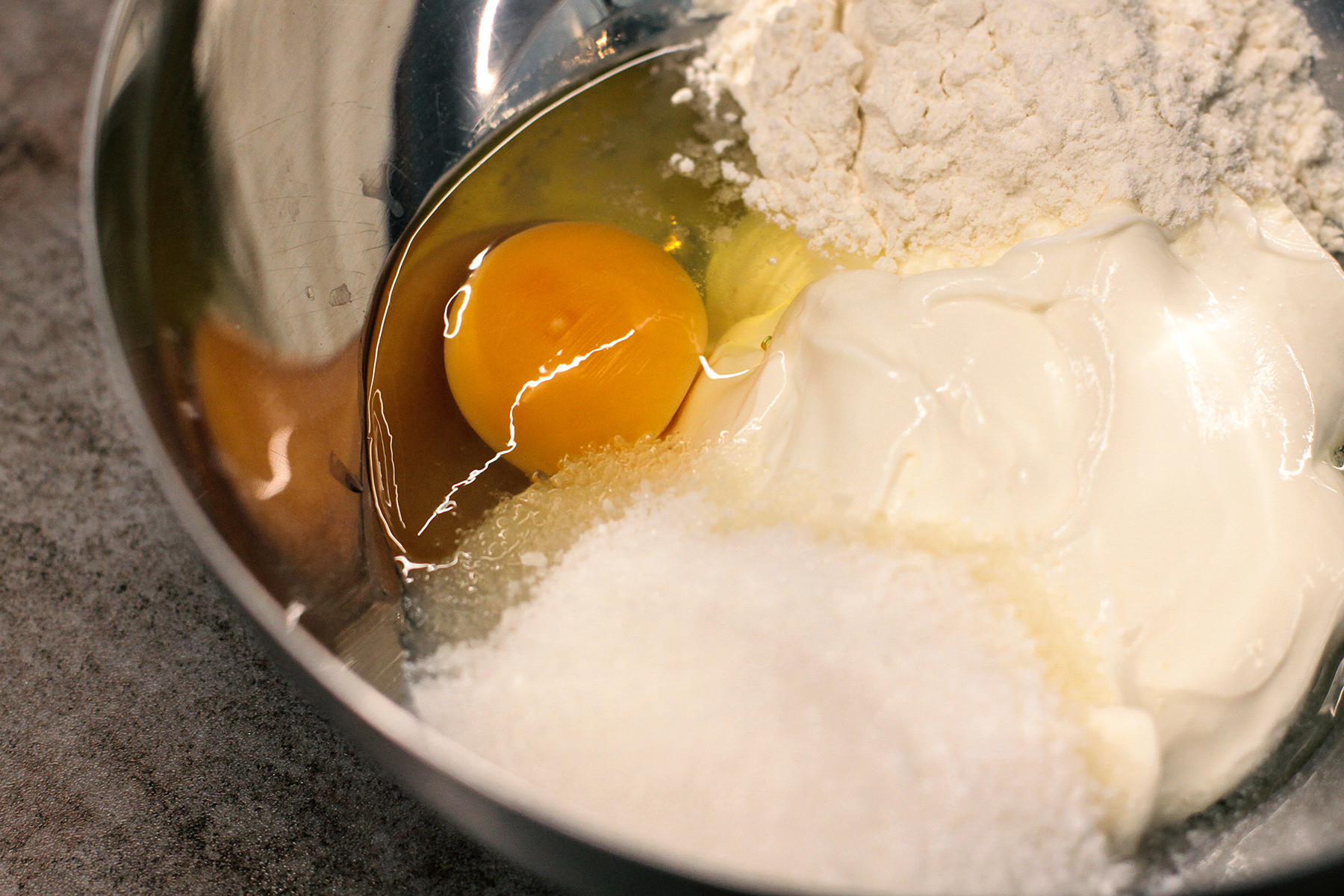 3. Put the bowl with the mixture on a bain-marie and constantly stir with a whisk for 5-7 minutes until the cream becomes quite thick – the consistency should be like regular custard cream. Remove the ready cream from the bain-marie, cover with plastic wrap and leave it in a cold corner until the cream cools down completely. 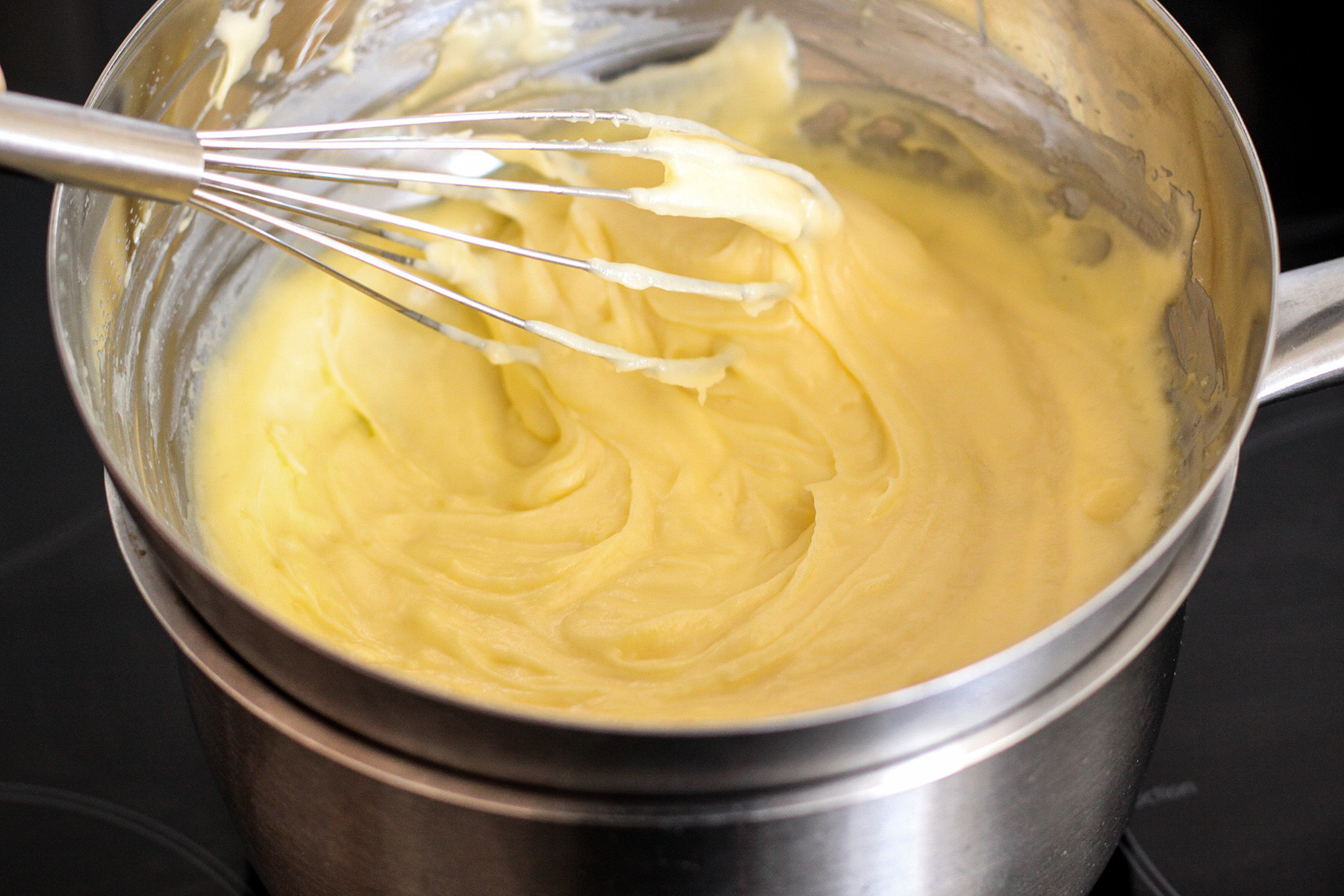 4. Now you can move on to the pastry: slightly roll it out into a rectangle on a floured surface. Cut the sheet in 6-8 pieces and lay them out on a baking pan covered with a piece of parchment. Prick each segment of the pastry with a fork so that the steam vents in the oven. 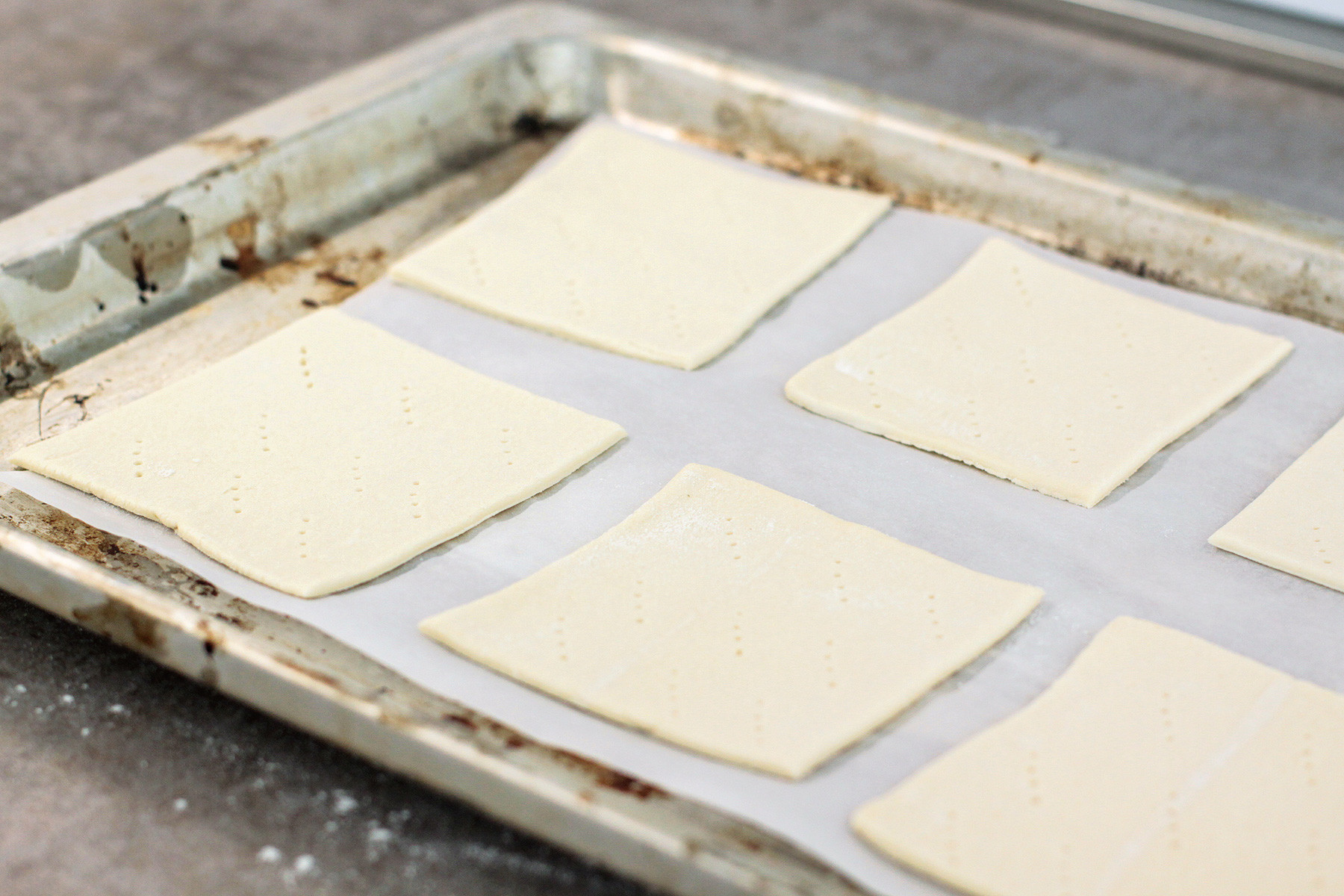 5. Bake the puffs for 15-20 minutes at 200°C until golden brown on top, take out from the oven and cool them down completely. After that, using just your hands shred the puffs to flakes – these will go for the puff layers in desserts. 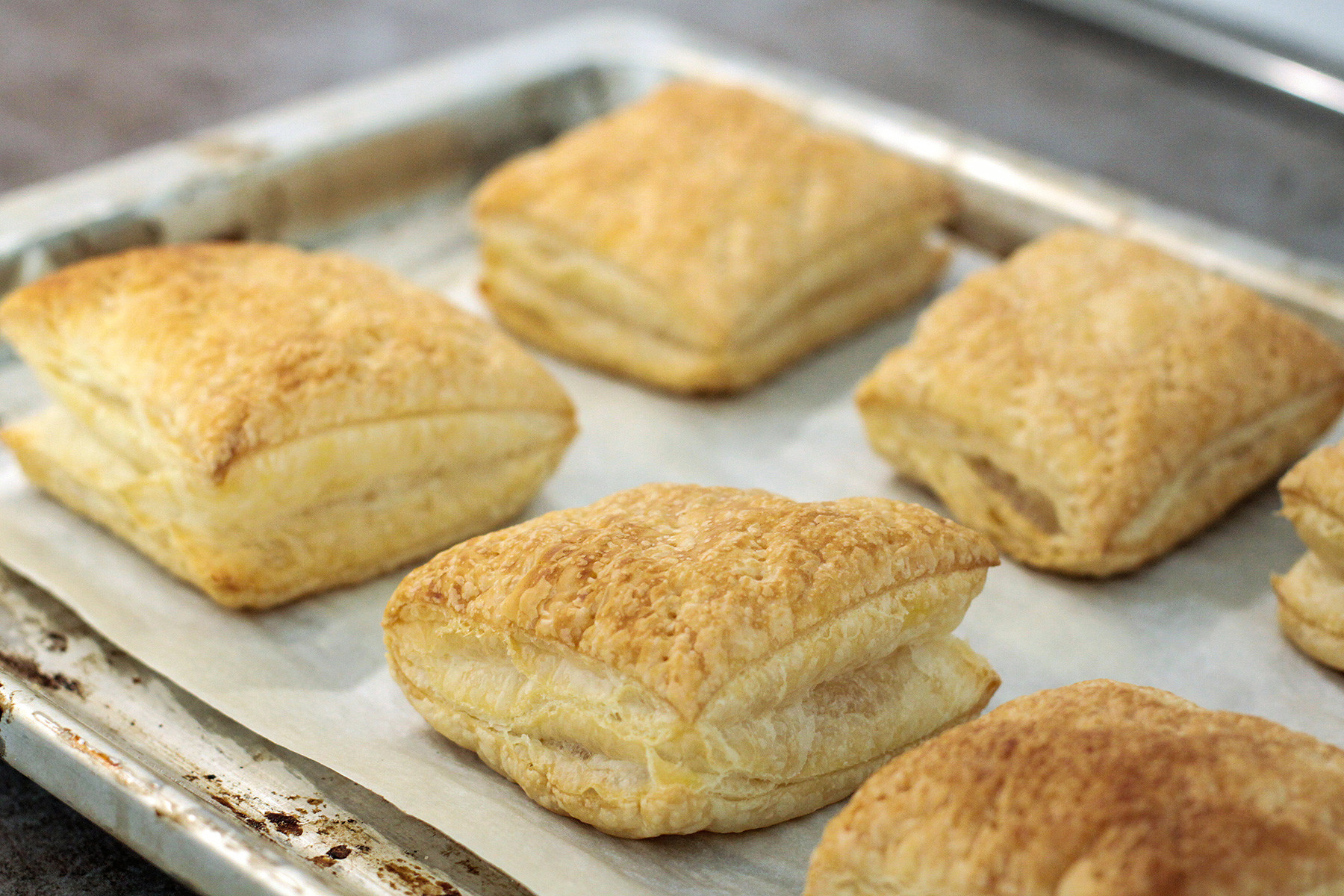 6. I also recommend cutting the crunchy tops of the puffs and finely milling them in a blender: these crumbs are the best for a Napoleon’s decoration. 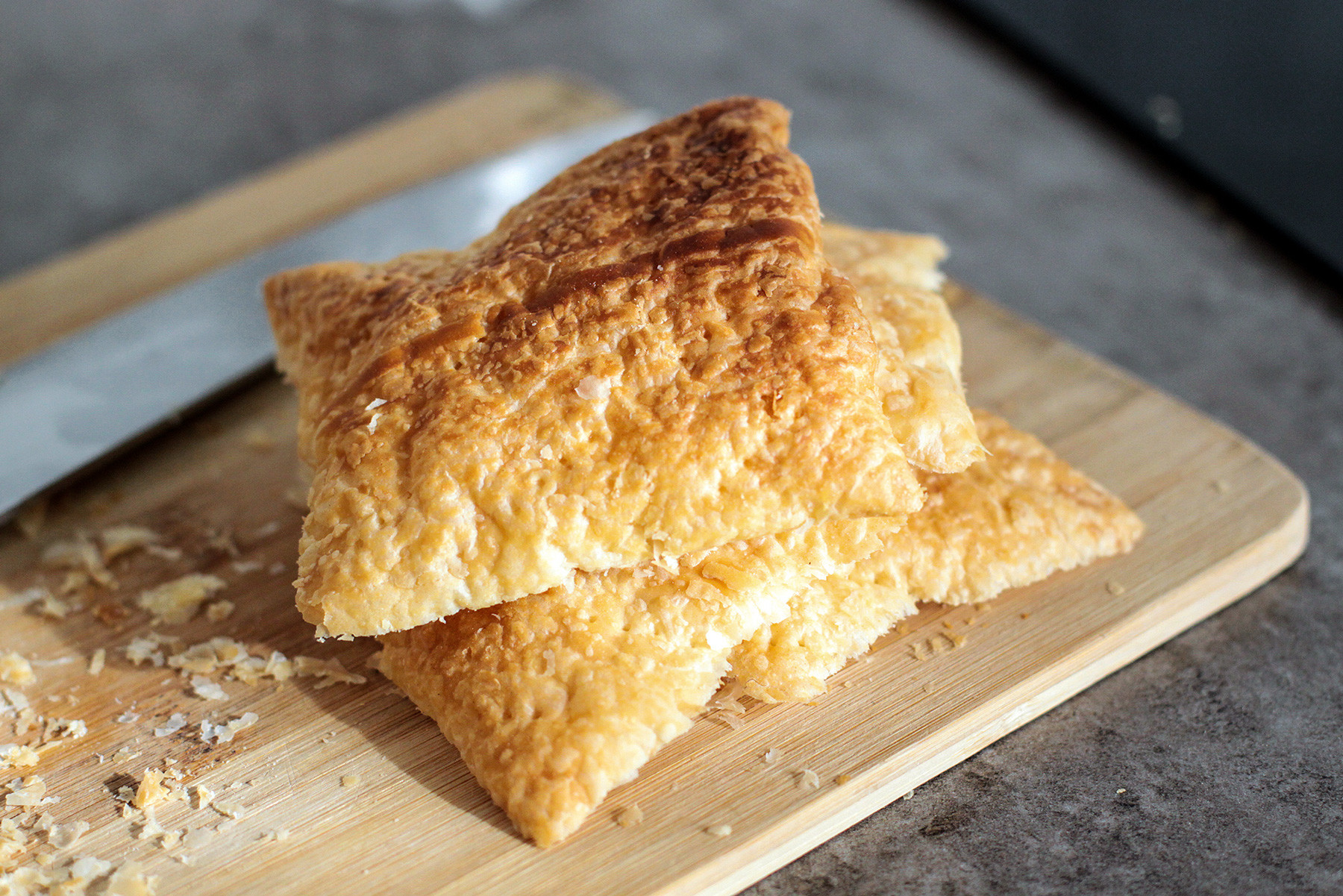 7. To finish the cream, beat very soft butter until it gets airy and almost white. 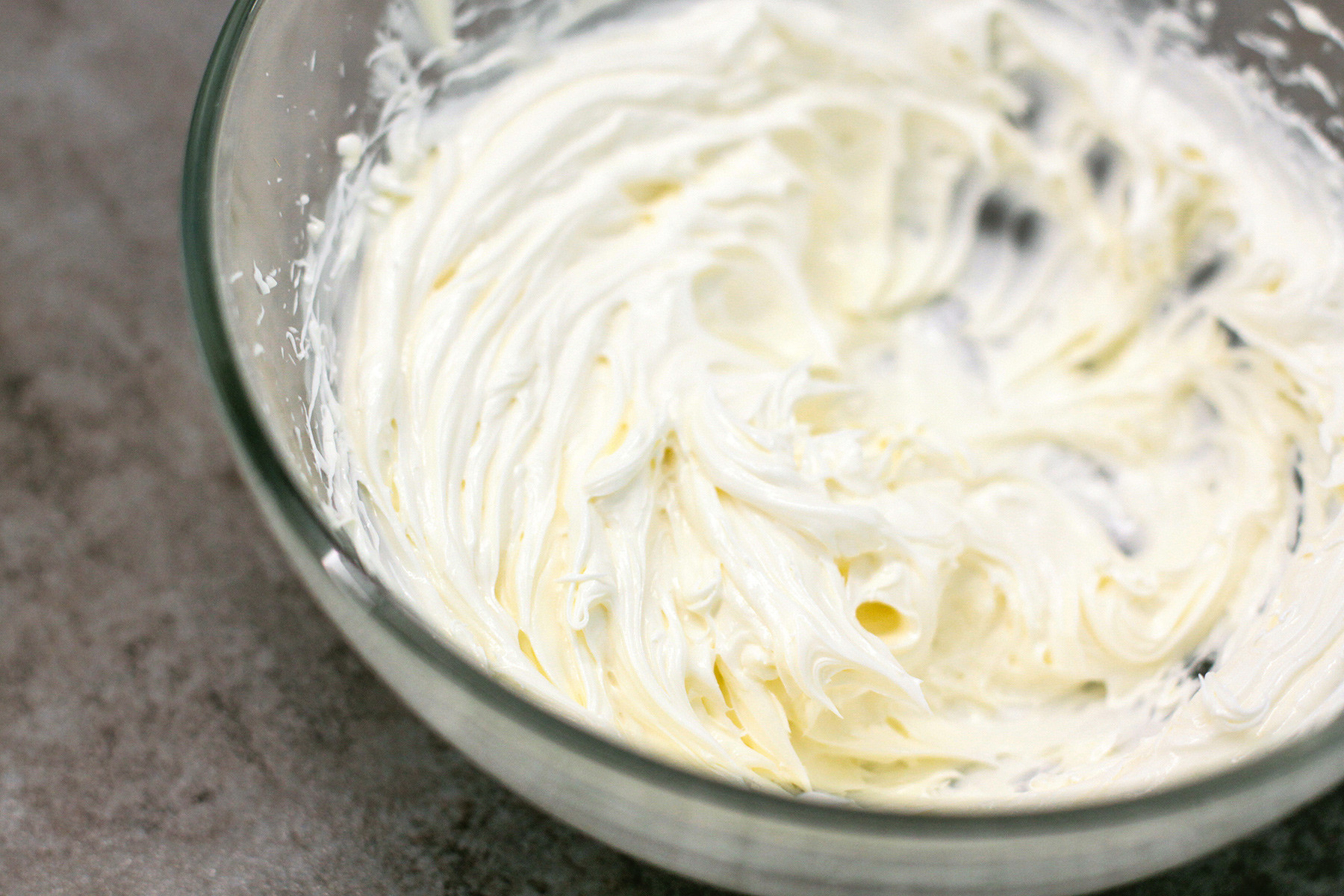 8. Then combine the butter and custard: tablespoon by tablespoon add whipped butter into the cold custard. 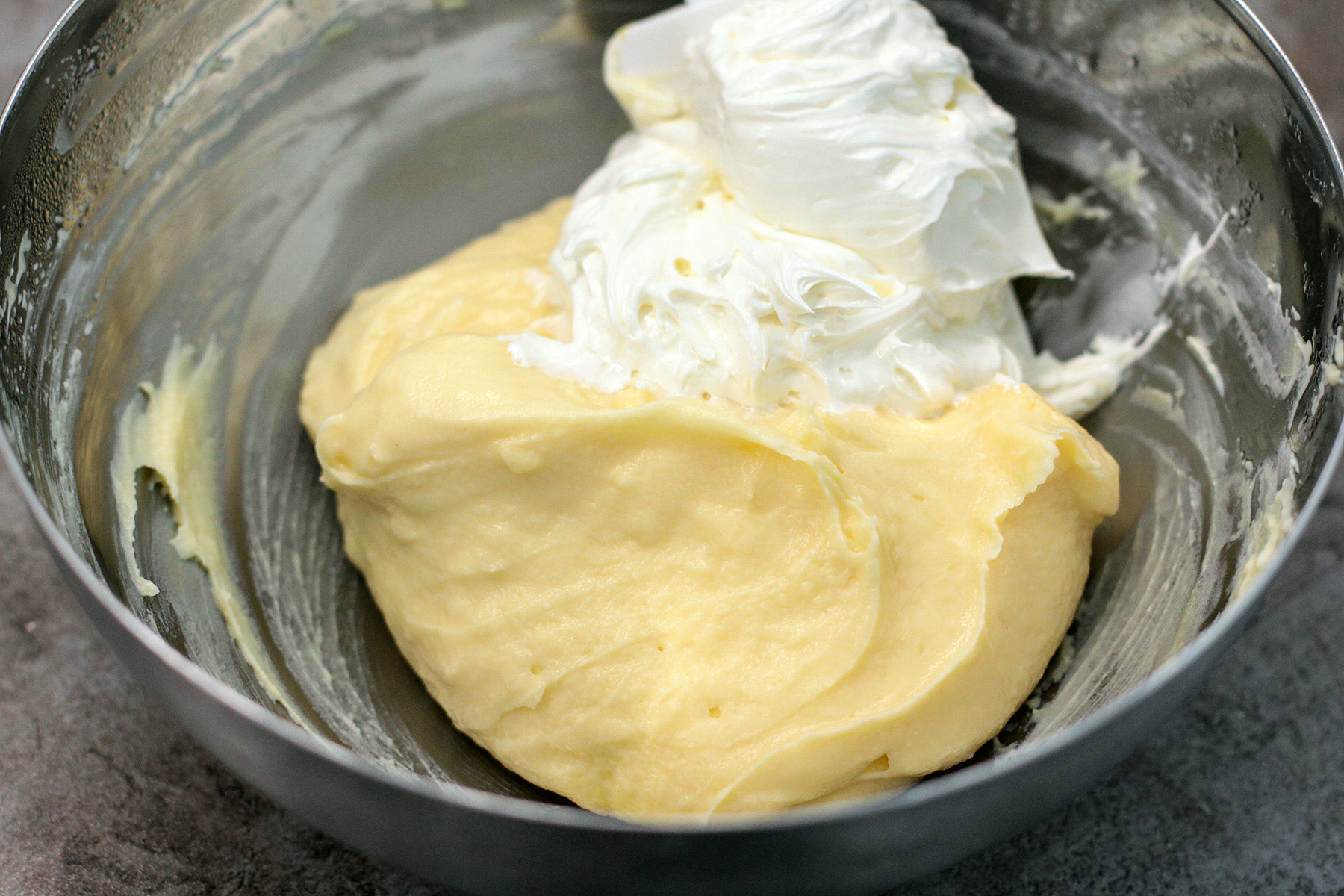 9. Whip for a couple of minutes using mixer until smooth – the signature Napoleon cream is ready. 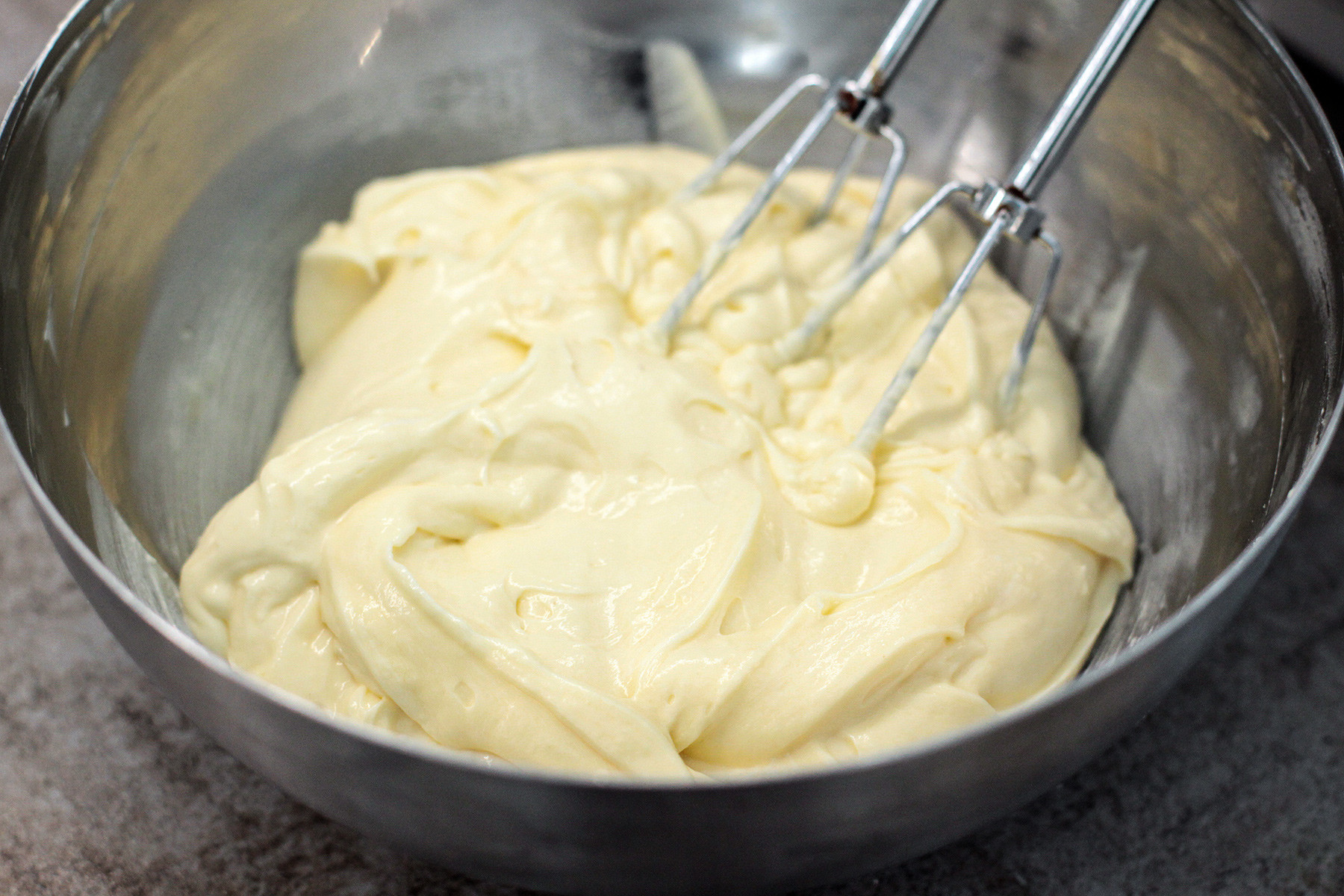 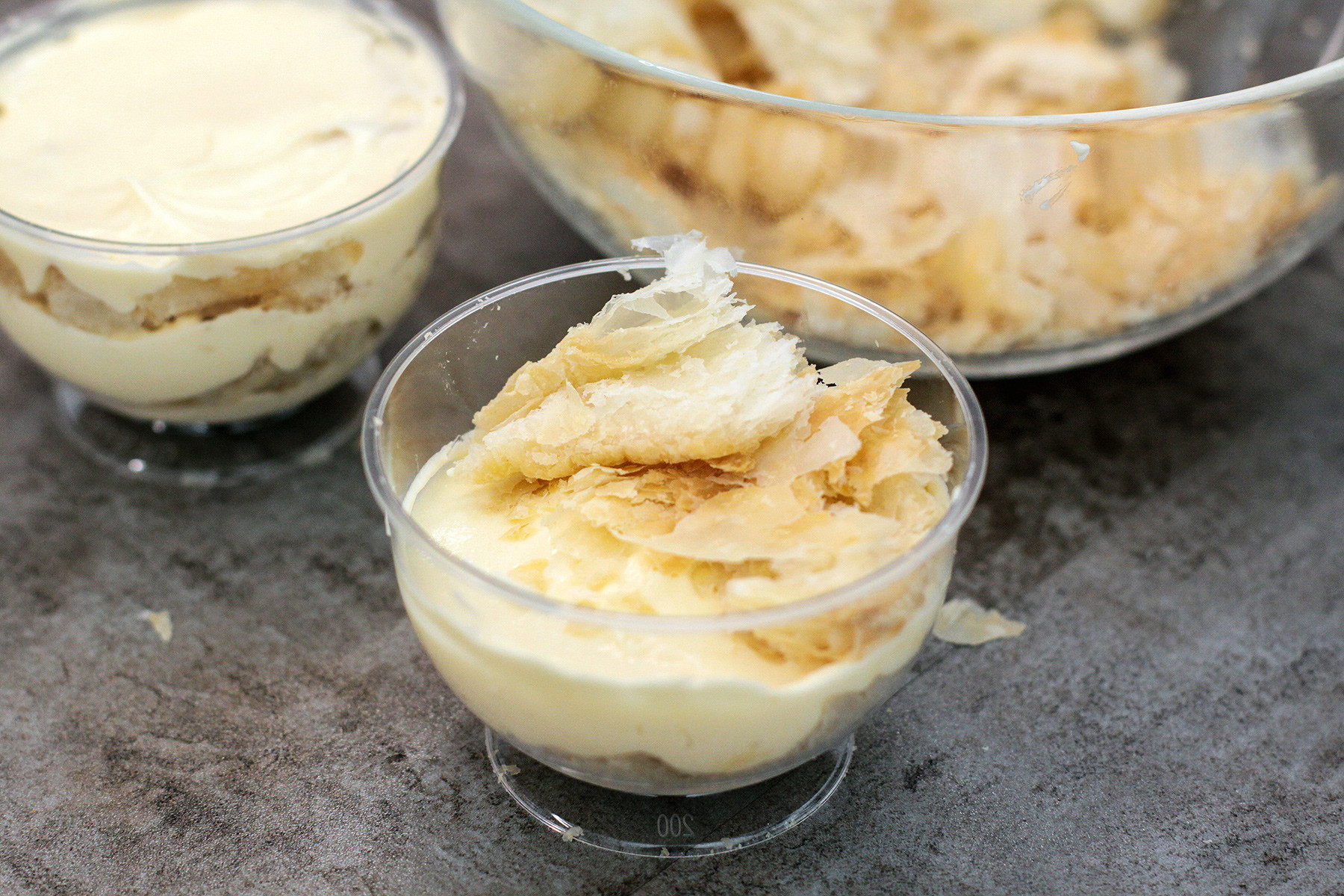 11. All you have to do is to generously sprinkle the tops of the Napoleons with pastry crumbs and leave the desserts in the fridge for 2-4 hours so that the pastry properly soaks in cream. 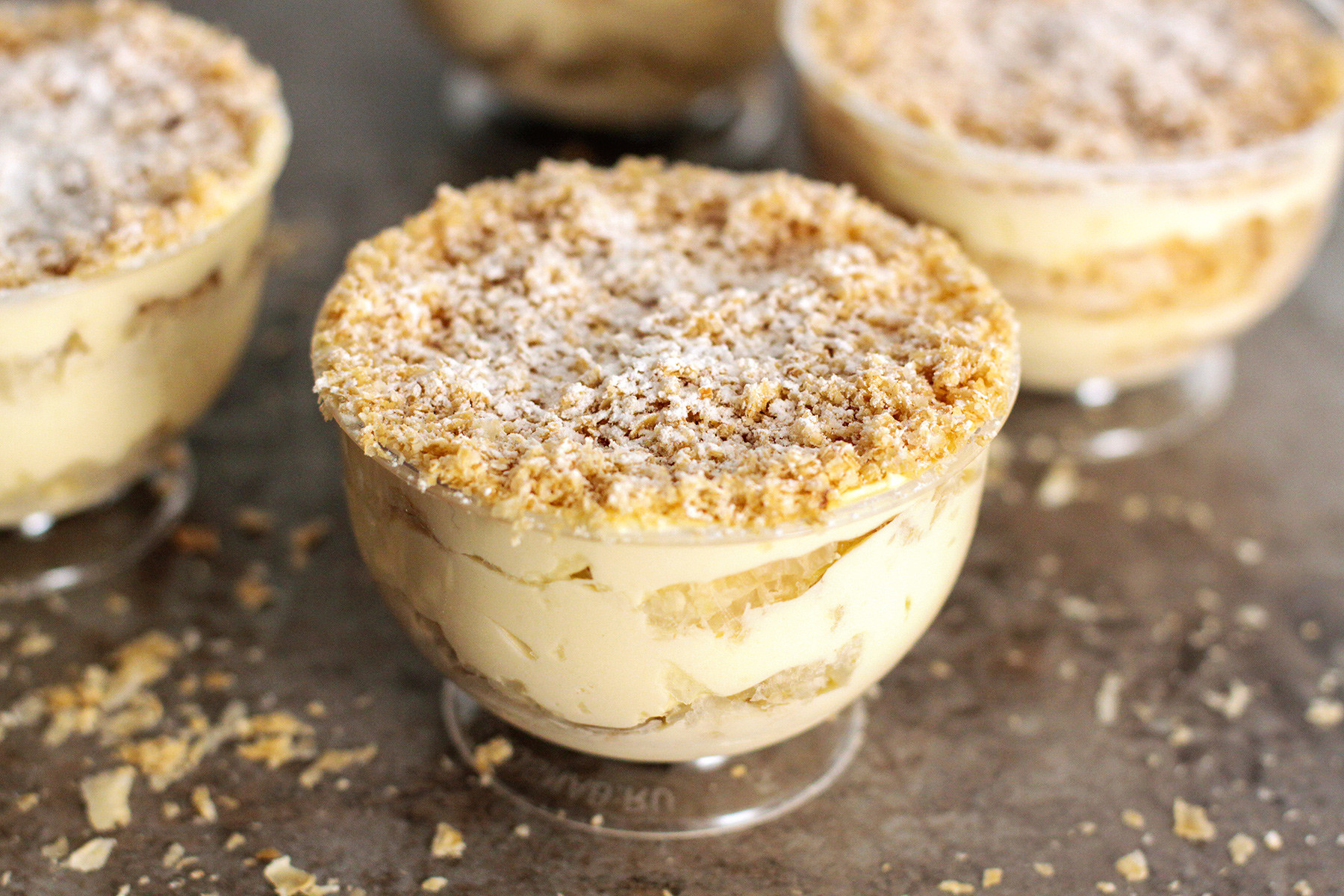 12. Decorate the Napoleons with powdered sugar, some berries or mint just before serving and enjoy with coffee. Priyatnogo appetita!

Watch how to make a classic Napoleon cake here.