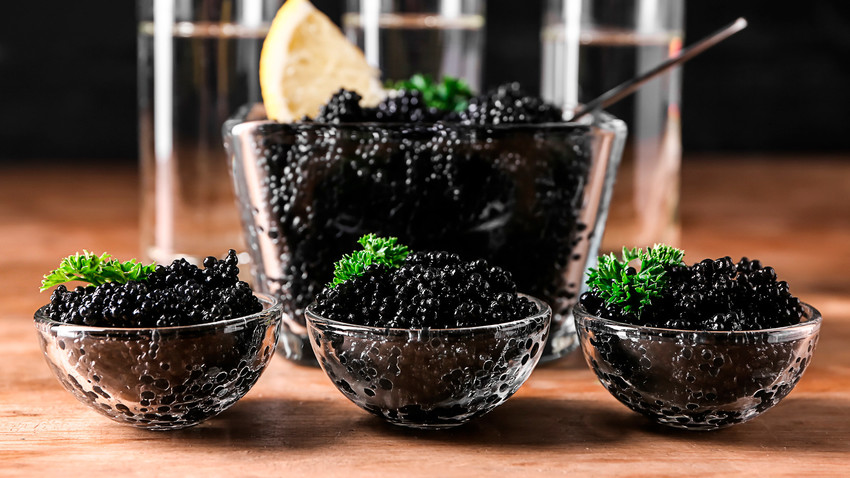 Legion Media
Sommelier Alexander Dmitriev from the Caviar Bar at the Belmond Grand Hotel Europe in St Petersburg explained why caviar is so expensive and why it gets sent into space. 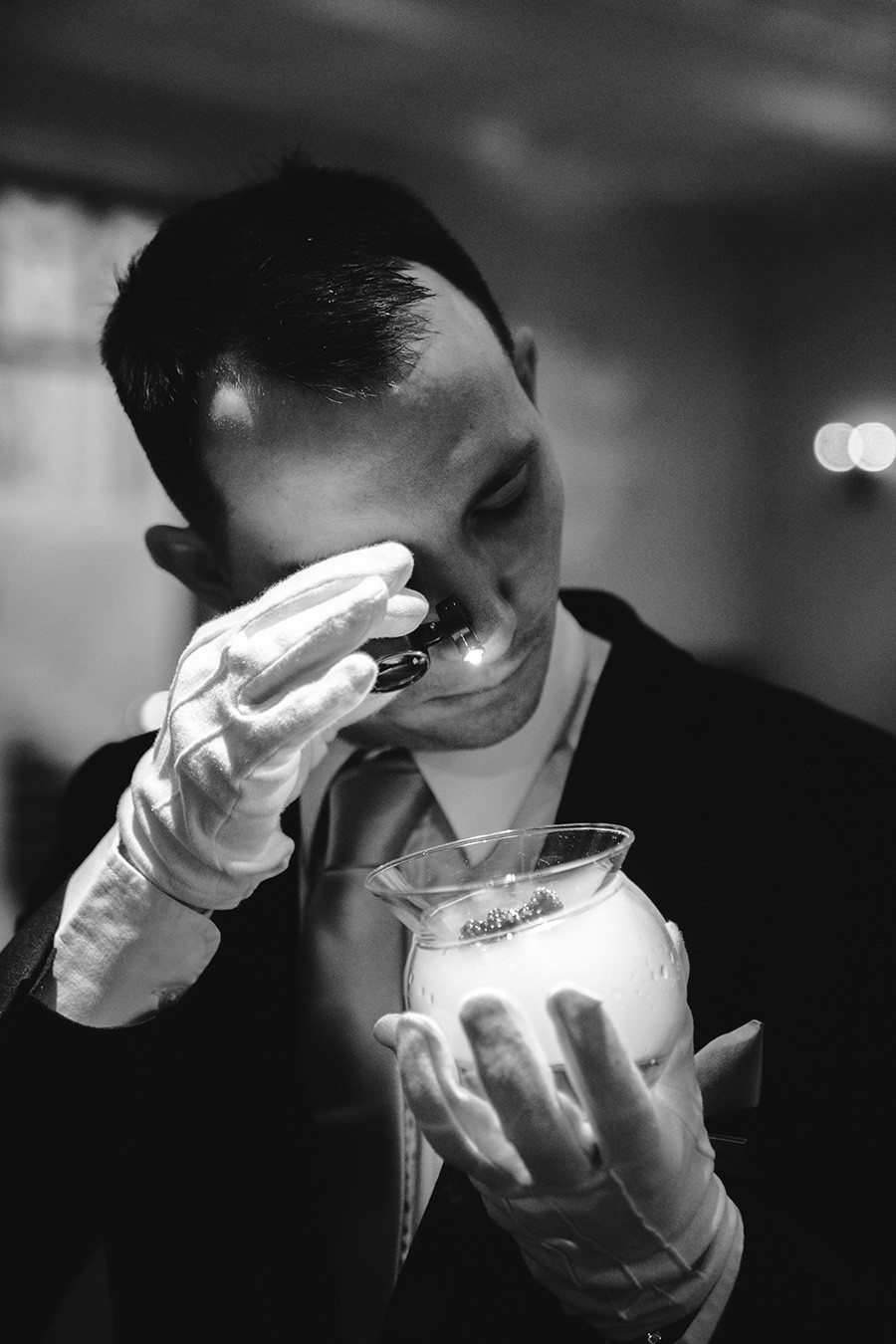 1. The production process is long and complex

Black caviar is the most celebrated gourmet food in Russia — and one of the rarest too ever since the fishing of wild sturgeon was outlawed in 2007. 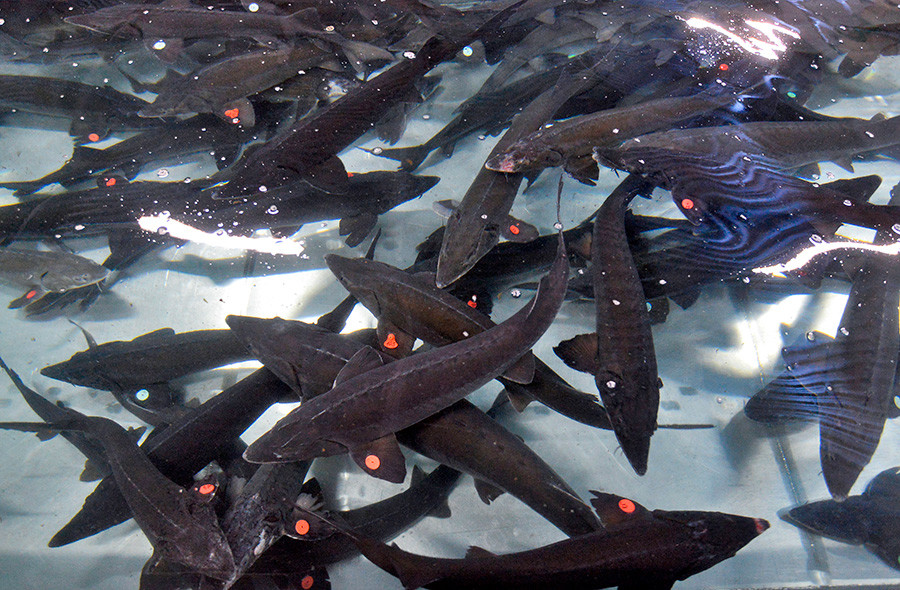 Sturgeon breeding is long and expensive

Sturgeon breeding is a very expensive process. When in the late 1980s and early 90s sturgeon shoals went to spawn at the mouth of the Volga River, they could be caught fairly easily. Back then, the Caspian Sea was home to a large population. These days, however, sturgeon farms literally grow fry from eggs, and cultivate them until spawning age, which takes several years. A starlet, for example, is the smallest type of sturgeon. It spawns at the age of 3-4 years, while other sturgeon do so at 8. In the beluga, spawning occurs at 15–20 years.

2. The best way to taste it is by hand 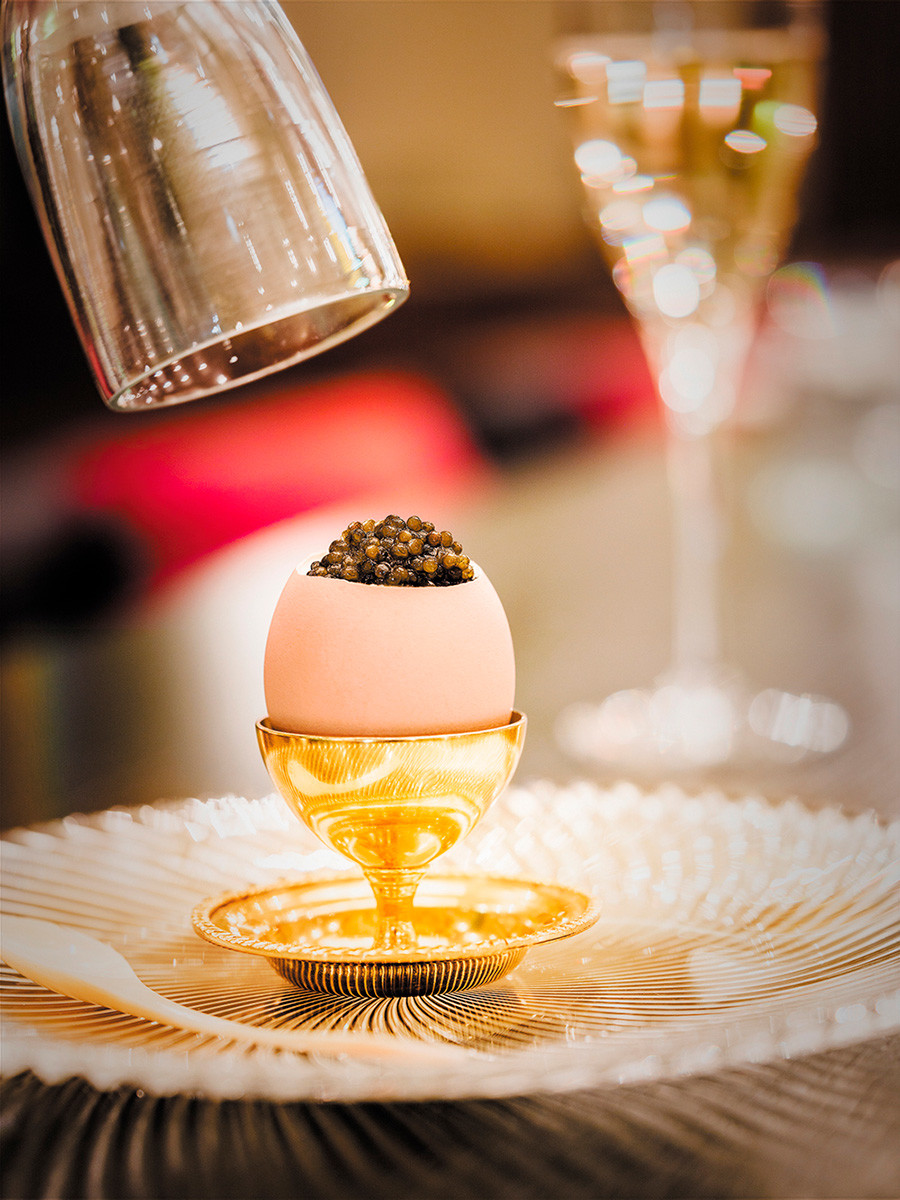 This is the old-fashioned tasting method: take a small spoonful of caviar and place it directly on your hand (between the thumb and forefinger). This is what merchants did in the olden days before closing a deal. They generally had just one mother-of-pearl or silver spoon, and laid out the caviar for everyone to taste. They believed that only when eaten off the skin did caviar reveal its full flavor. It was also important to wait a while — caviar is always served chilled, and its taste opens up best at room temperature.

3. Caviar is served to cosmonauts

Low-cost caviar is packaged or pressed. Ever since caviar was first produced, it has been known to have a short shelf life. Therefore, it was placed in a barrel of warm saline and pressed. This saturated it with salt and released the moisture. 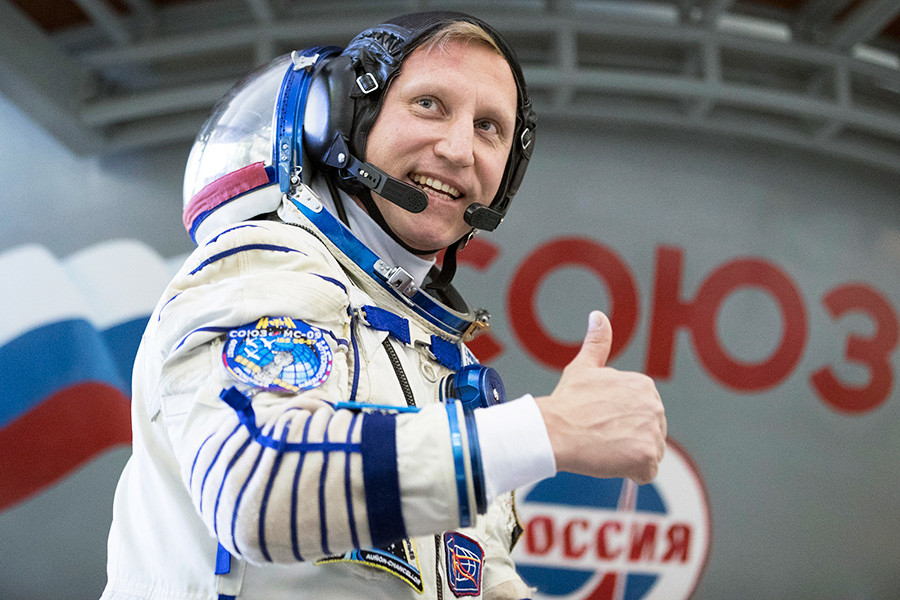 No New Year table without black caviar, even in space

In Russian, pressed caviar is referred to as payusnaya. There is a theory that the word comes from the word “belt”. Barge-haulers on the Volga used to hang caviar on their belts so they could take a bite without having to pause their backbreaking work. Since black caviar is very nutritious with lots of protein and vitamins, it was included in the diet of Soviet cosmonauts, and the practice continues to this day. If you are a newcomer to caviar, however, it is best not to start with the pressed variety, since it is an acquired taste.

4. Vodka is not the best drink for caviar 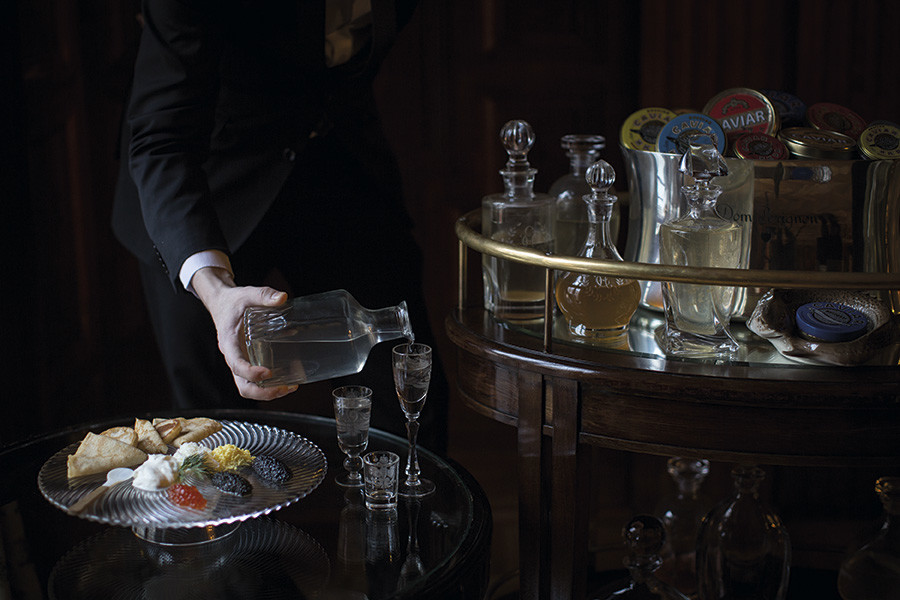 In the USSR, the most common beverage for washing down caviar was vodka. Up until the 1930s, people consumed caviar with grain distillate (essentially unaged whiskey) or polugar bread wine (low-grade vodka).

There are two ways to do it. The classic method is to drink the distillate and then take a bite of black caviar; the alternative is to eat the black caviar first, and then wash down the aftertaste with 25 grams of distillate in one gulp. The softer the taste of the caviar, the softer the drink should be. For example, I would suggest wheat distillate for sterlet, because it is the softest, while rye goes best with sturgeon, and barley distillates combine well with salted caviar. 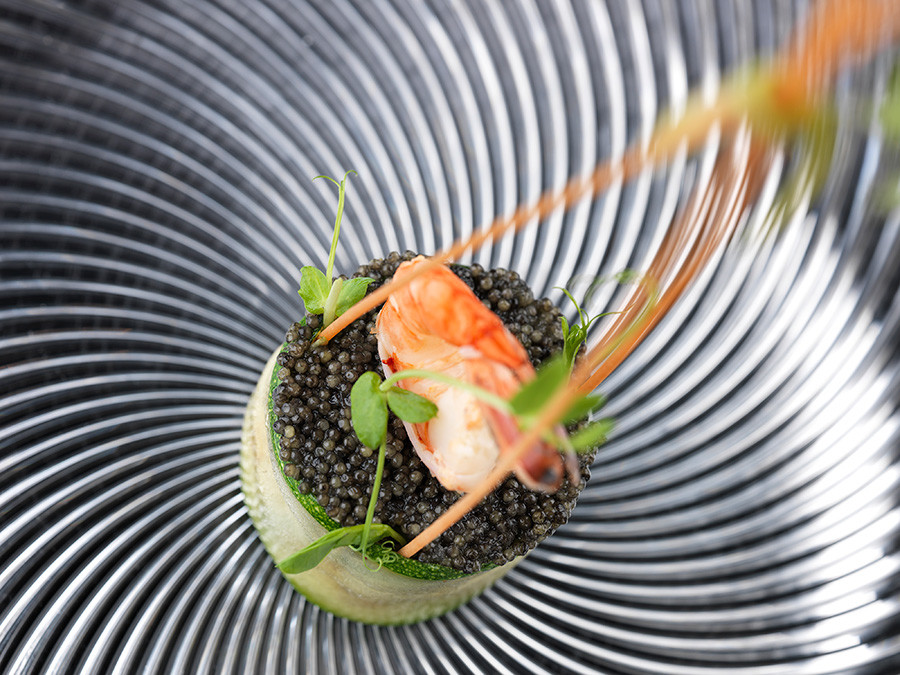 Champagne is also good with caviar — it contains sugar, which is always a friend of caviar. And the high acidity of champagne copes well with the oily texture of caviar (it is said that when the roe bursts, it creates the same sensation as gas bubbles popping on the receptors). It is also a matter of ideology — after all, like black caviar, champagne is considered a luxury product.

5. There are strict import and export rules 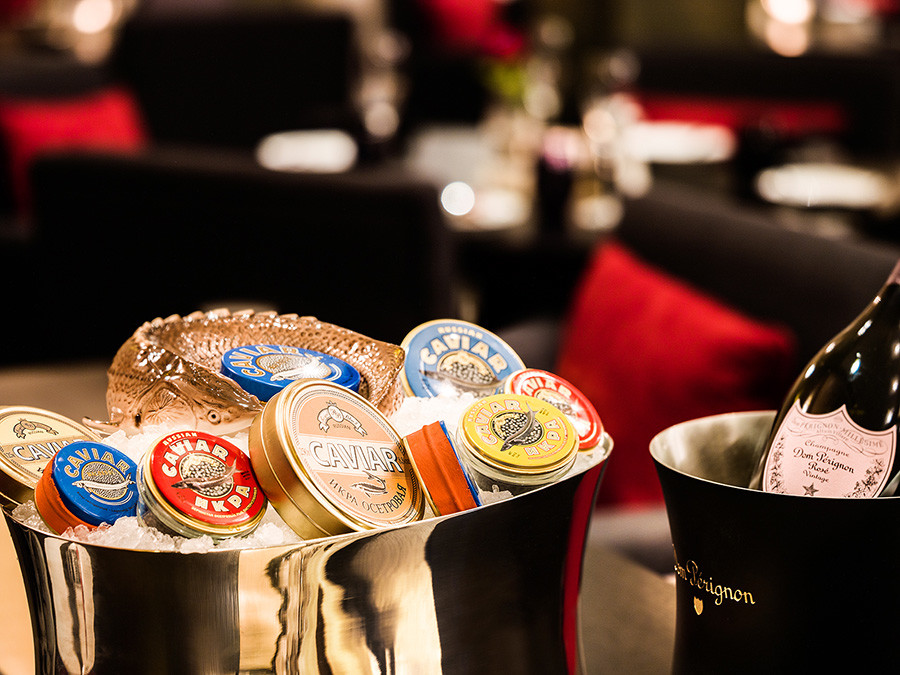 Under Russian law, one individual is allowed to take up to 250 grams of black caviar out of the country. That said, the import rules of the destination country may not coincide with Russian export regulations. For instance, US Customs allows in no more than 125 grams of black caviar per person. The same restrictions apply to importing black caviar into EU countries. To avoid confiscation by airport security, do not carry tins of caviar in hand luggage.