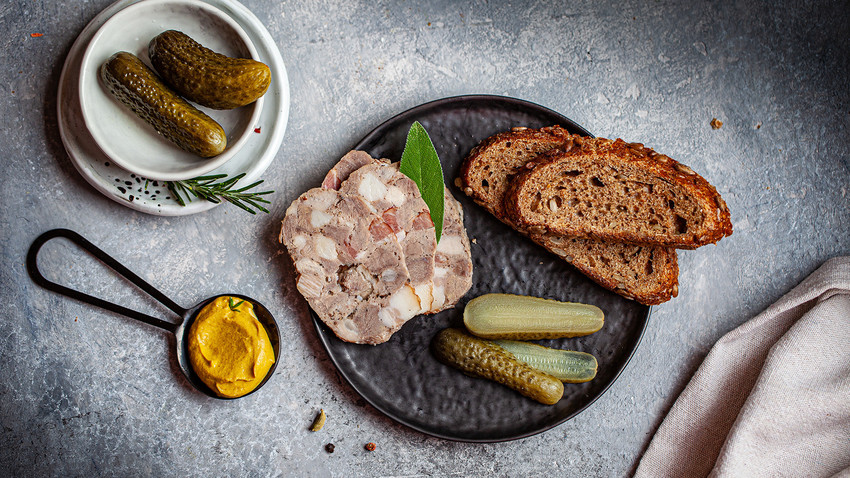 Don’t trust sausage sold in a shop? Check out this recipe of homemade Russian sausage!

Yulia Mulino
Despite the fact that the word "kolbasa" (sausage) and its production technology were borrowed from abroad, Russians still have a unique tradition of making sausage.

Sausage in Russia was first mentioned in the 12th century birch bark manuscripts, yet their mass production started almost five centuries later. Peter the Great, a Russian emperor, invited German butchers and sausage makers, among other specialists, in order to gain European knowledge in the preparation of meat dishes.

The recipe for the famous Russian "Braunschweiger" sausage comes exactly from that period. The Russian sausage makers developed their own formula based on German experiences of the era. Braunschweiger is a type of smoked salami, made of 45% beef, 25% pork and 30% fat back. In other countries, however, it contains mostly pork, though sometimes liver which has a softer consistency.

An original recipe of Braunschweiger sausage is quite peculiar and complicated to be cooked at home, but we can help you to master a sort of boiled sausage that contains the same ingredients. 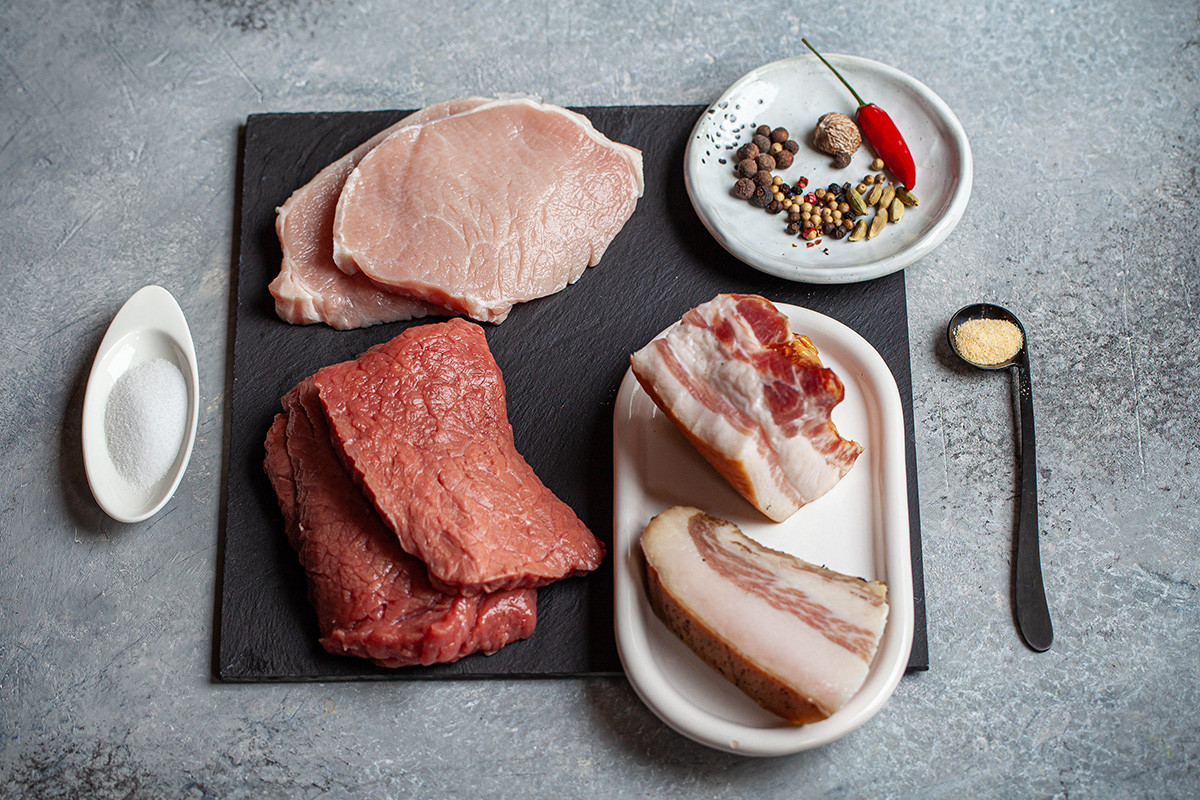 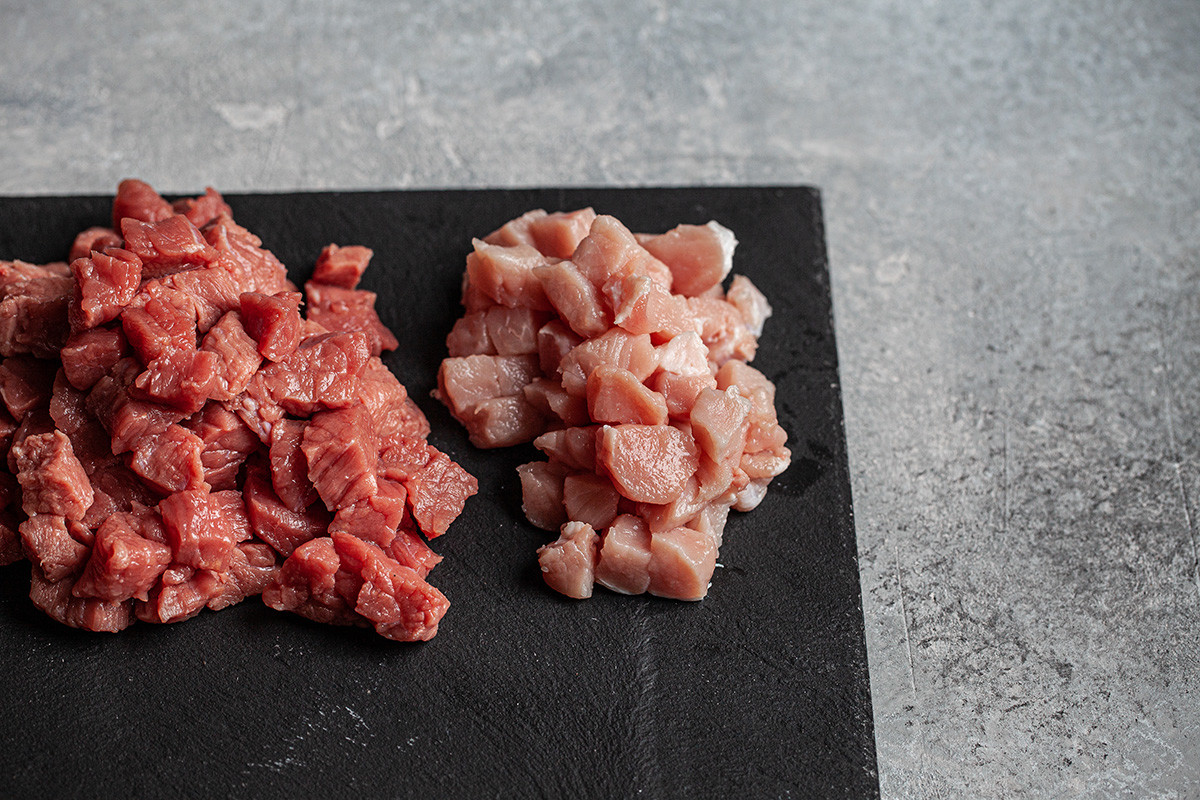 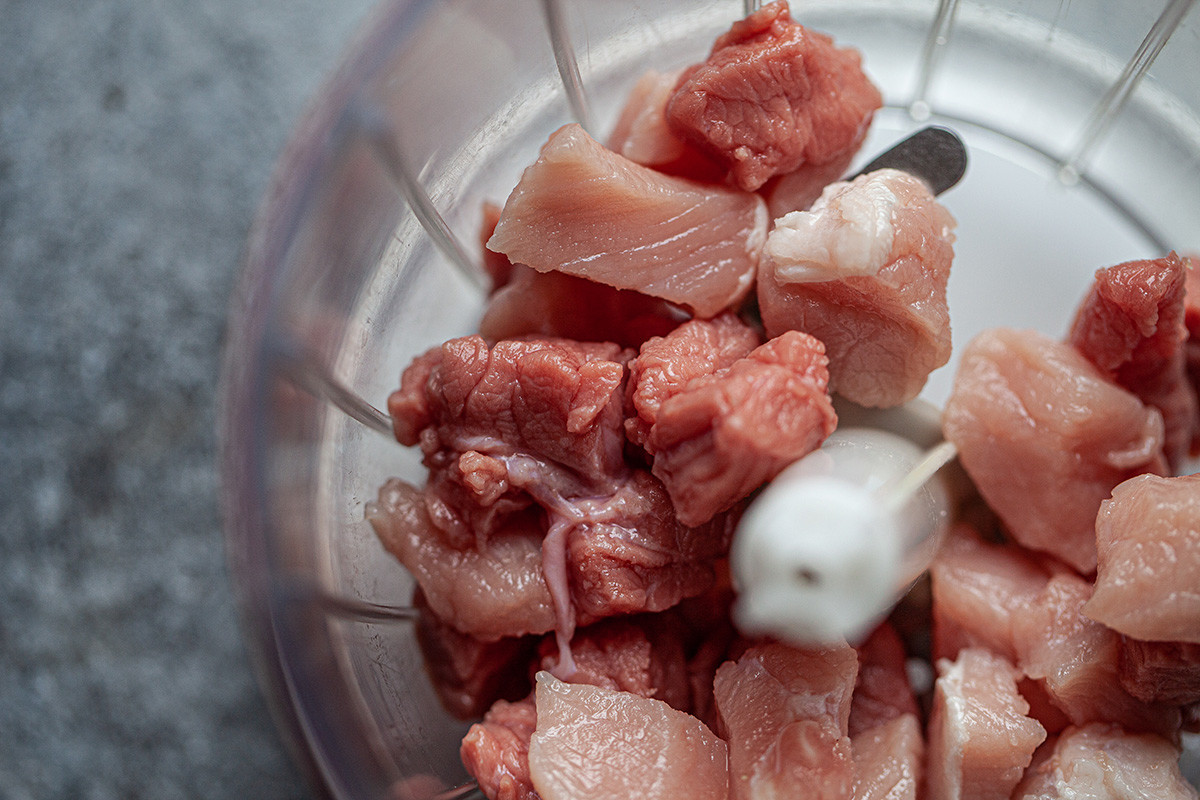 3. Chop it finely. It will combine with big pieces of meat. 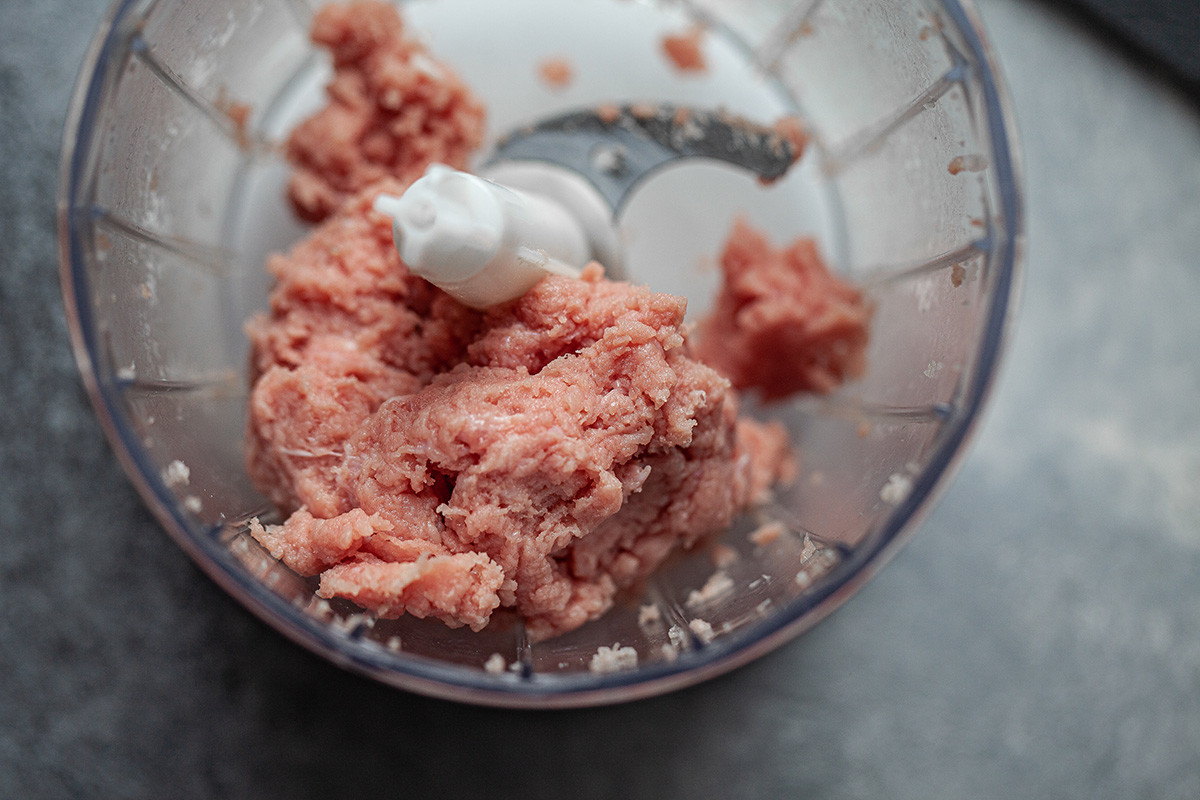 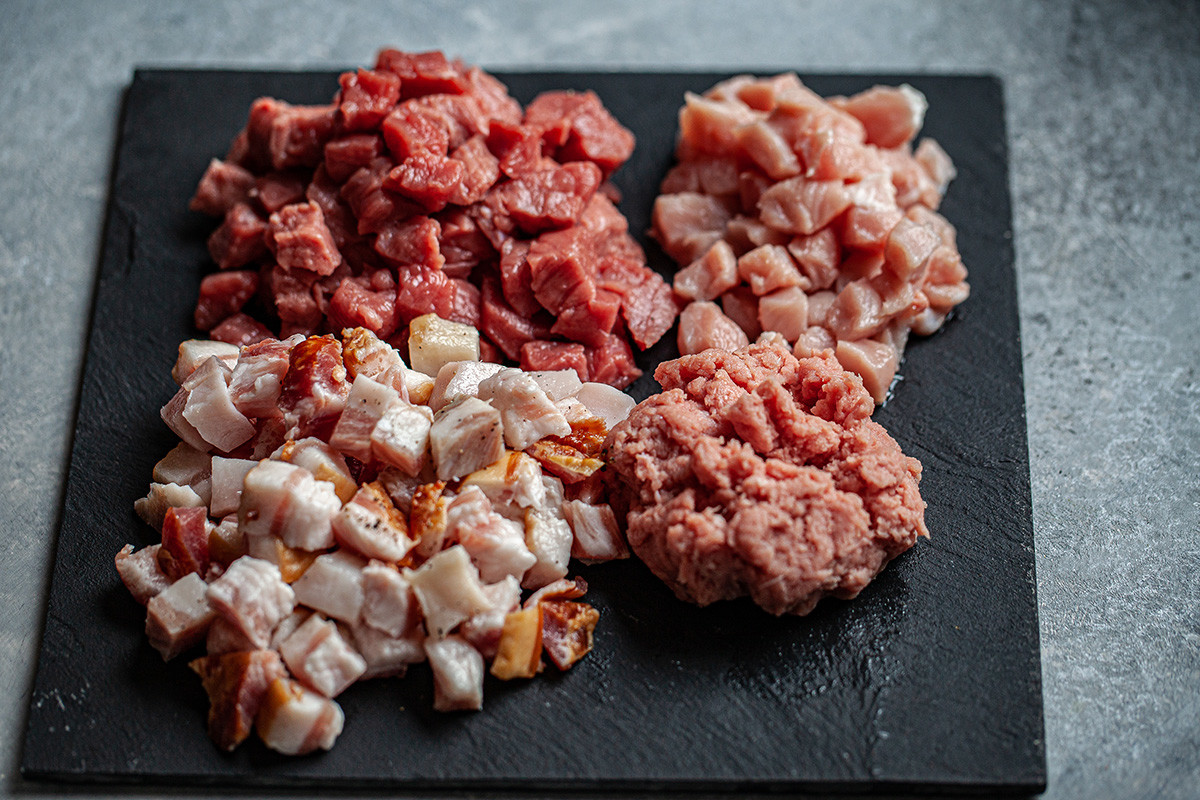 5. Ground spices in a mortar. 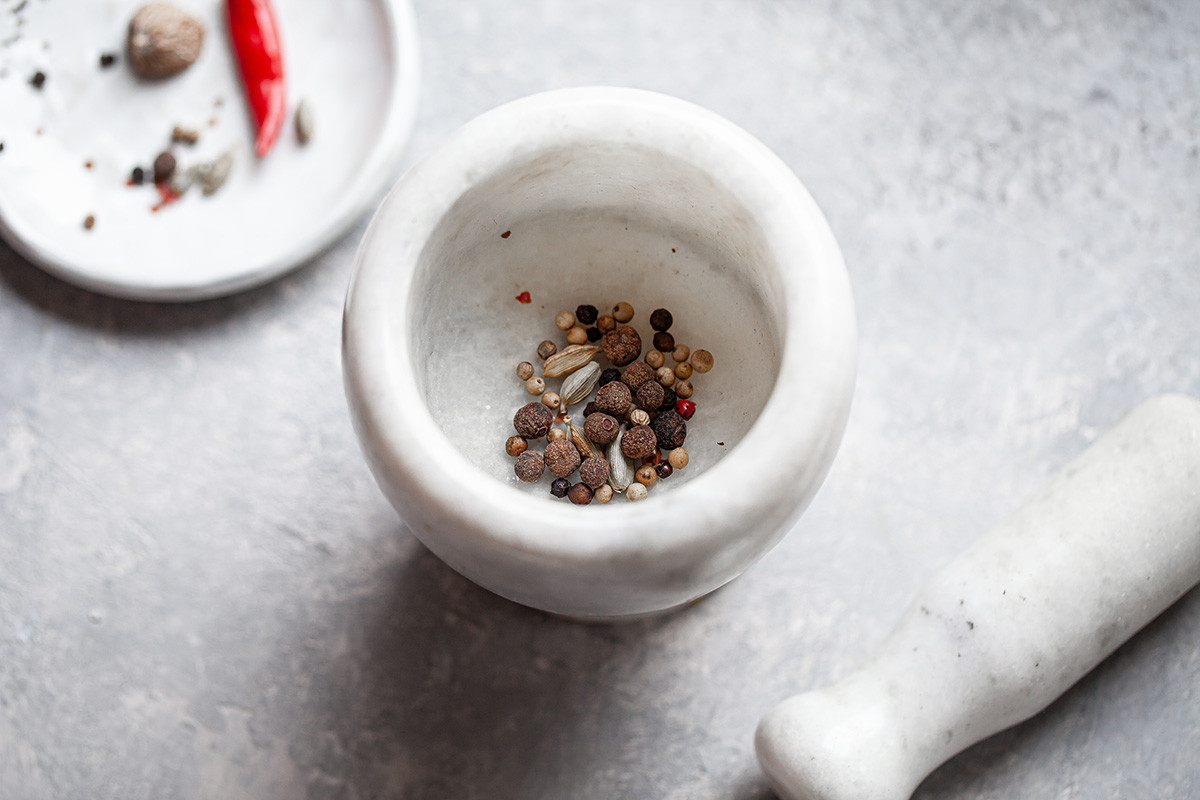 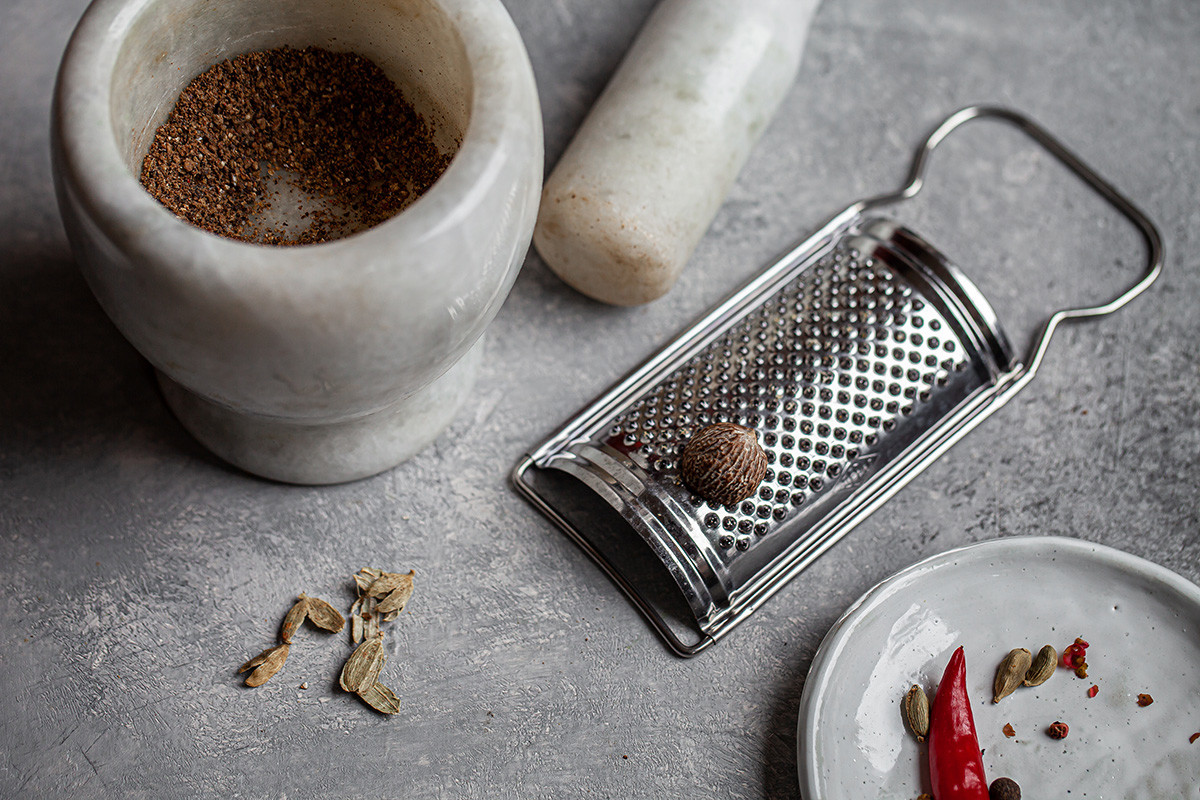 7. Add the spices and salt to the meat mass. 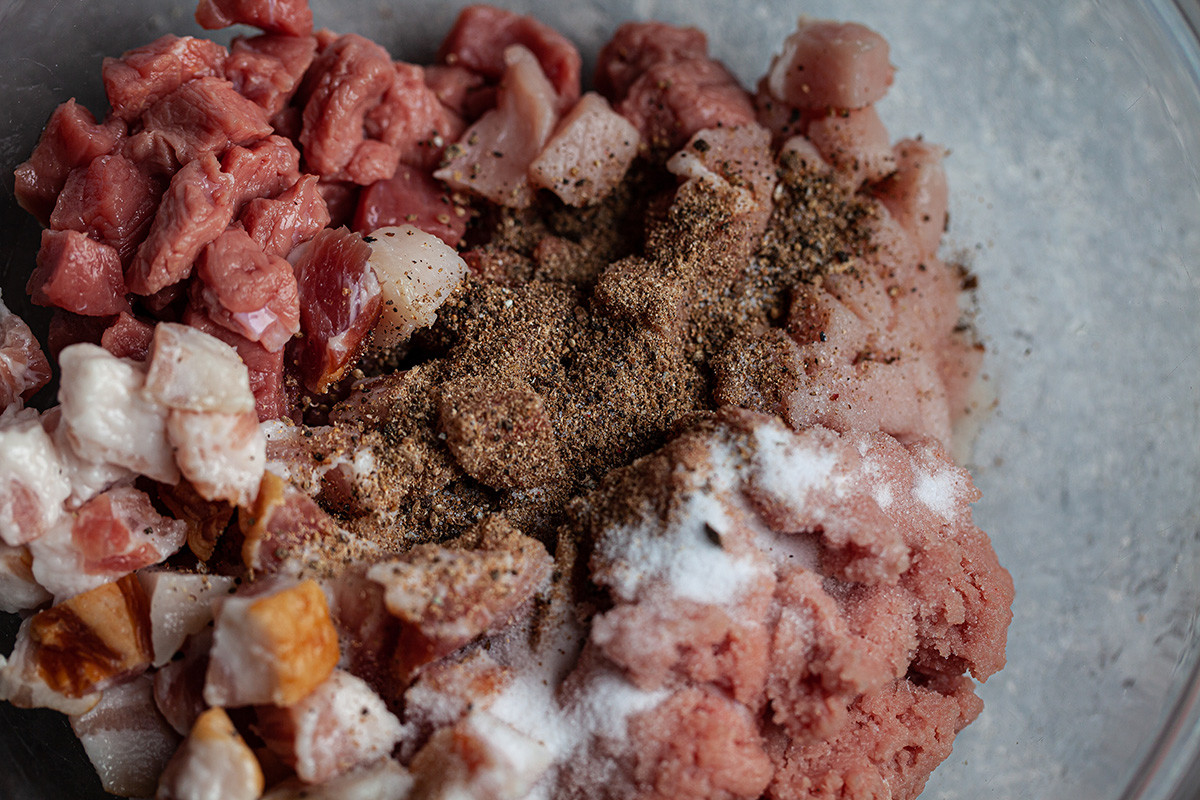 8. Mix the meat thoroughly with your hands. 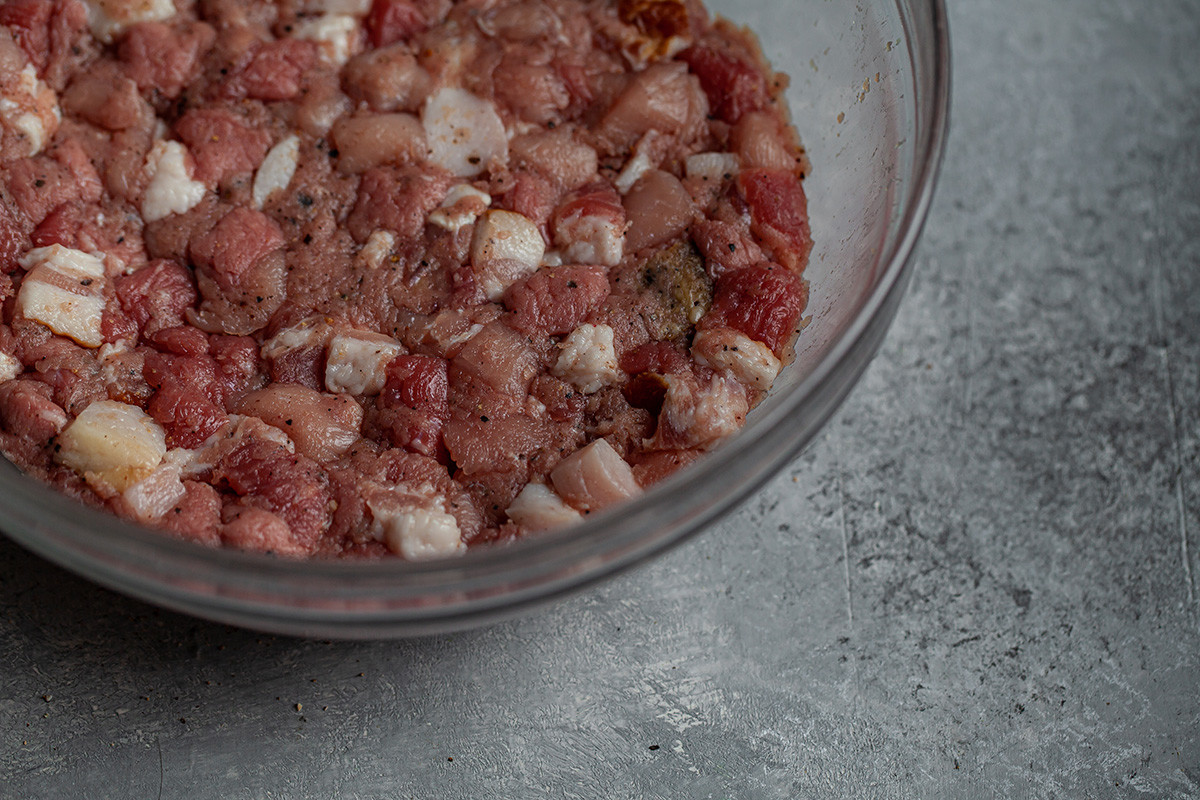 9. Cover the meat with a cling wrap and let sit for 2 hours in the fridge. 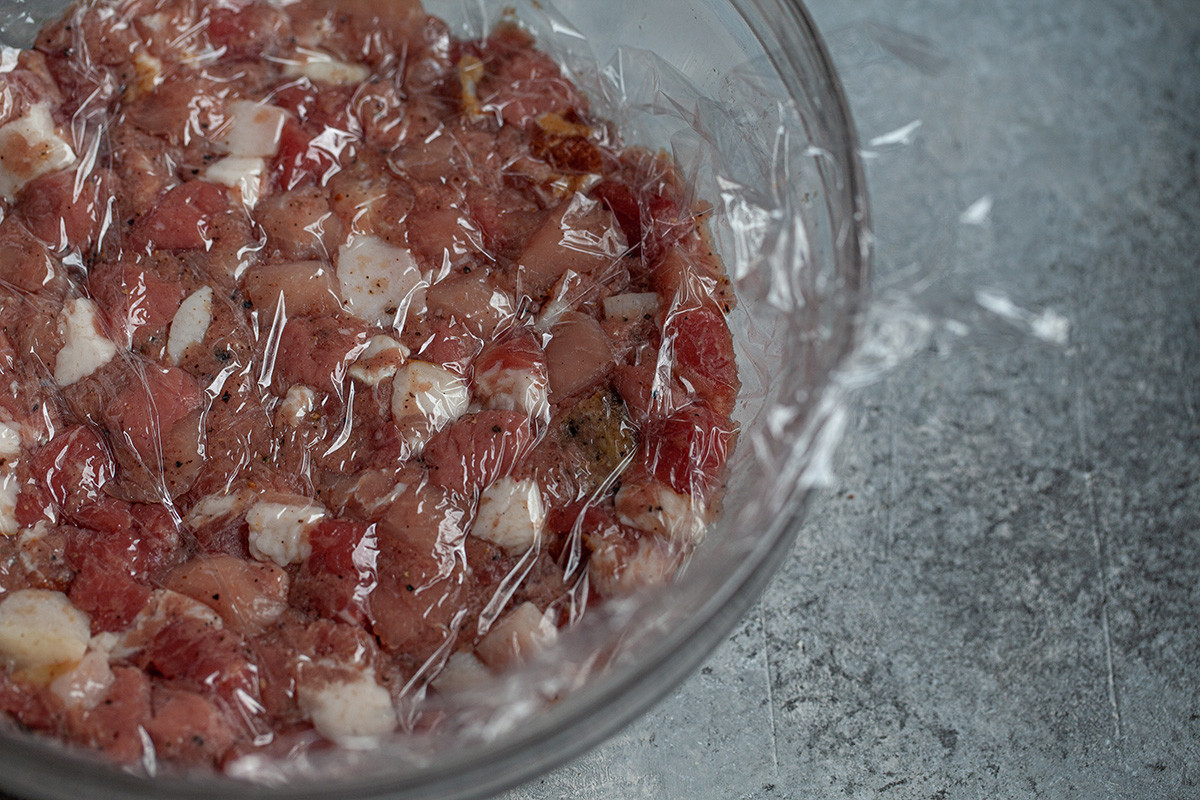 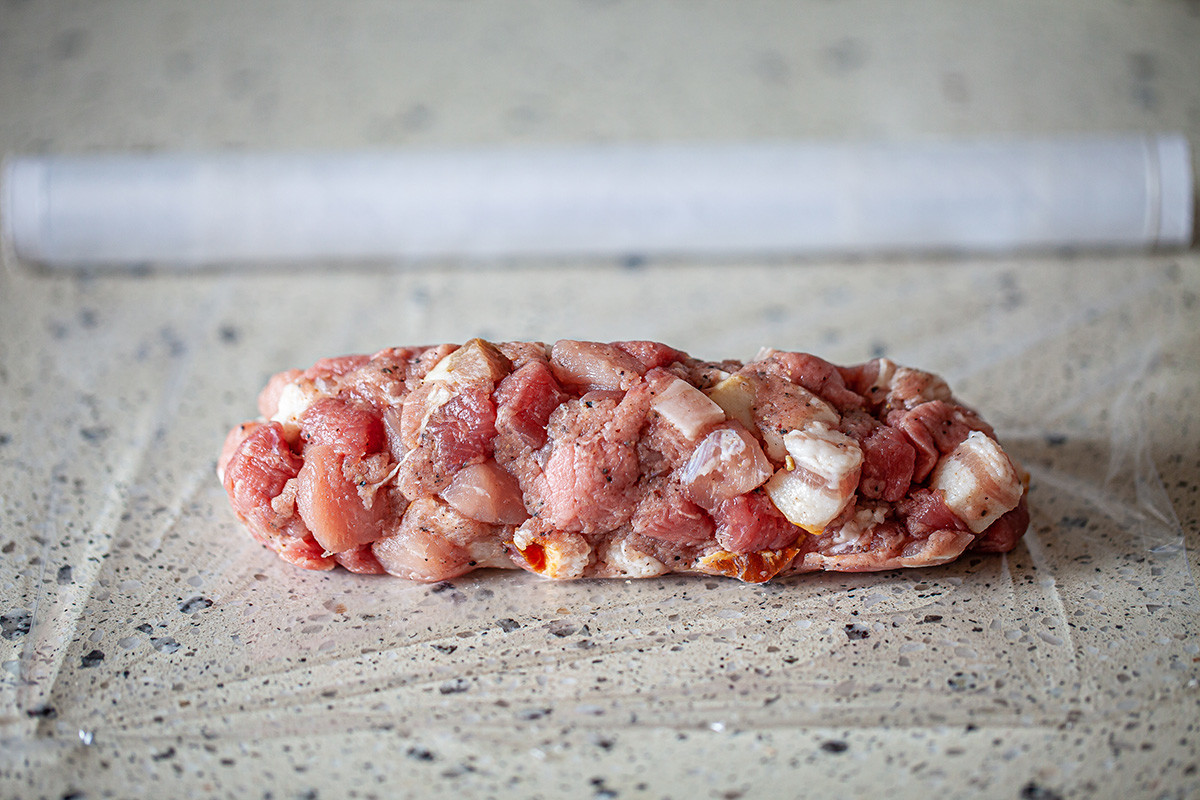 11. Holding the sausage by the side parts, make sure it’s closed and nicely rounded. 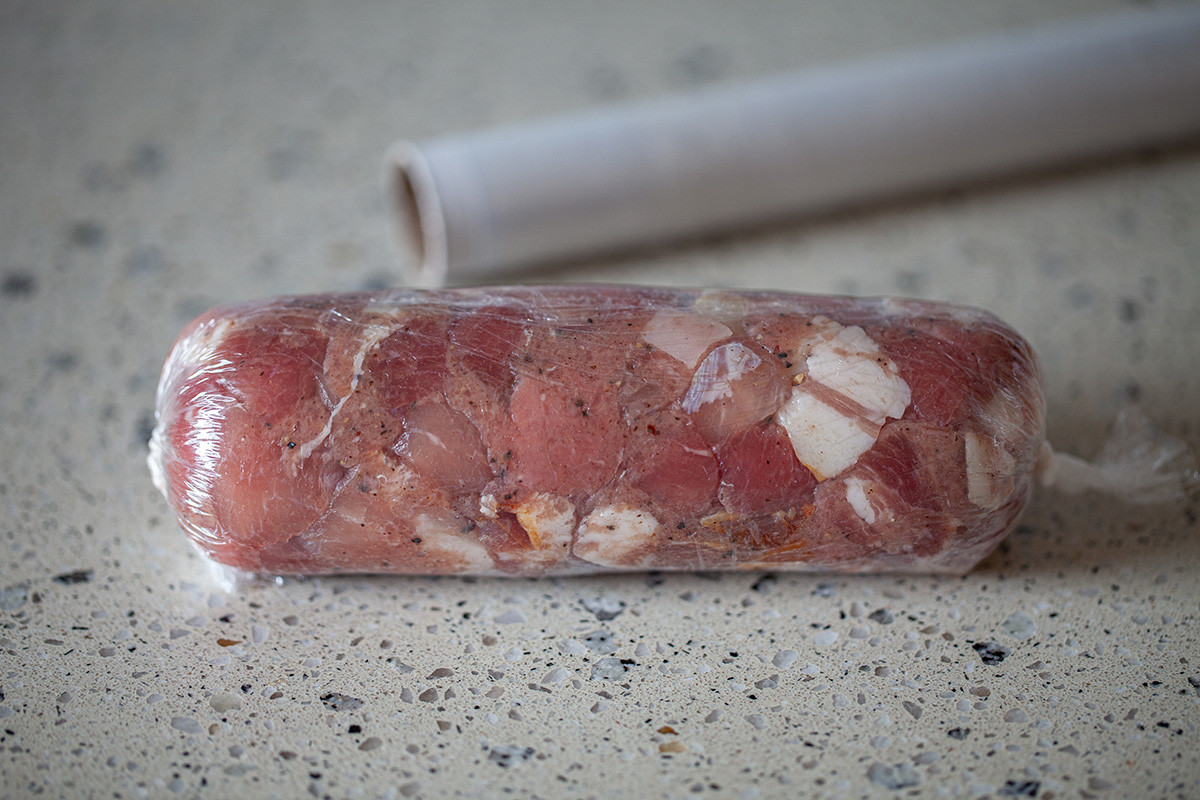 12. Use a toothpick to get rid of the air, creating vacuum. This we do only for the first layer. 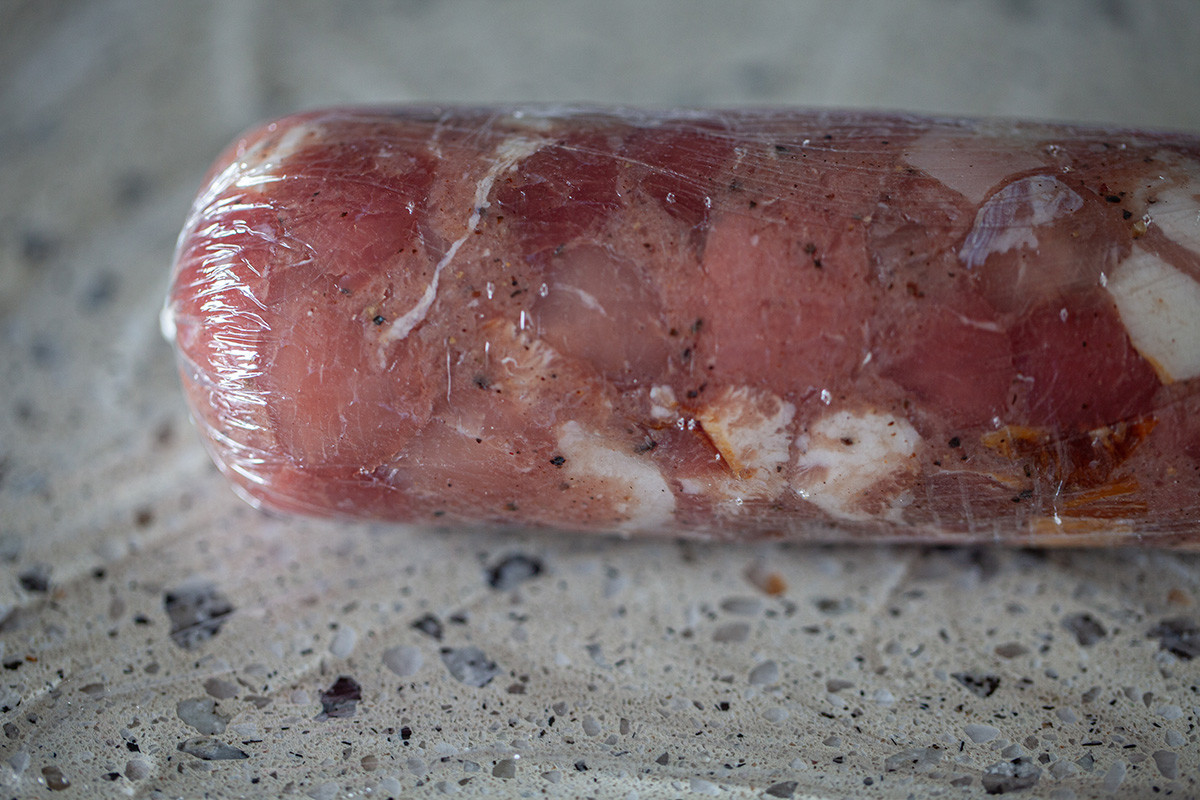 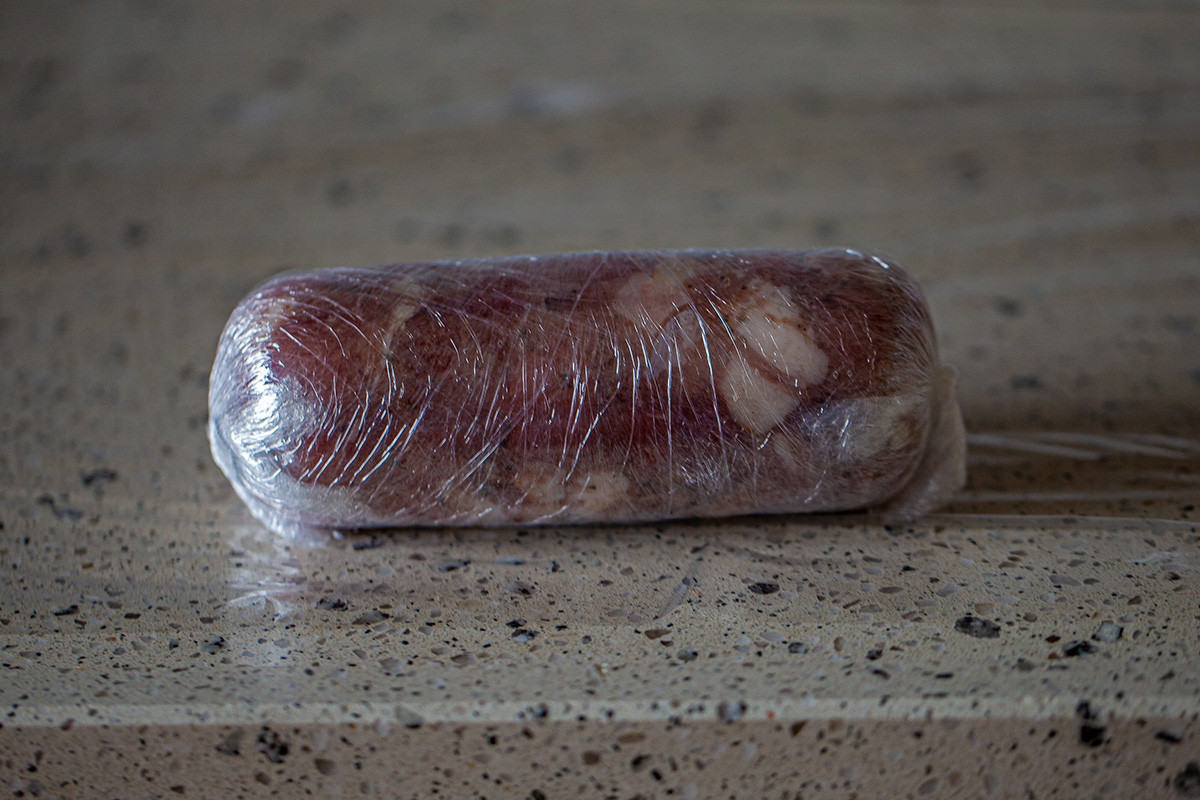 14. For the last rolling use the long side of the wrap to get long tails to fix the ends. 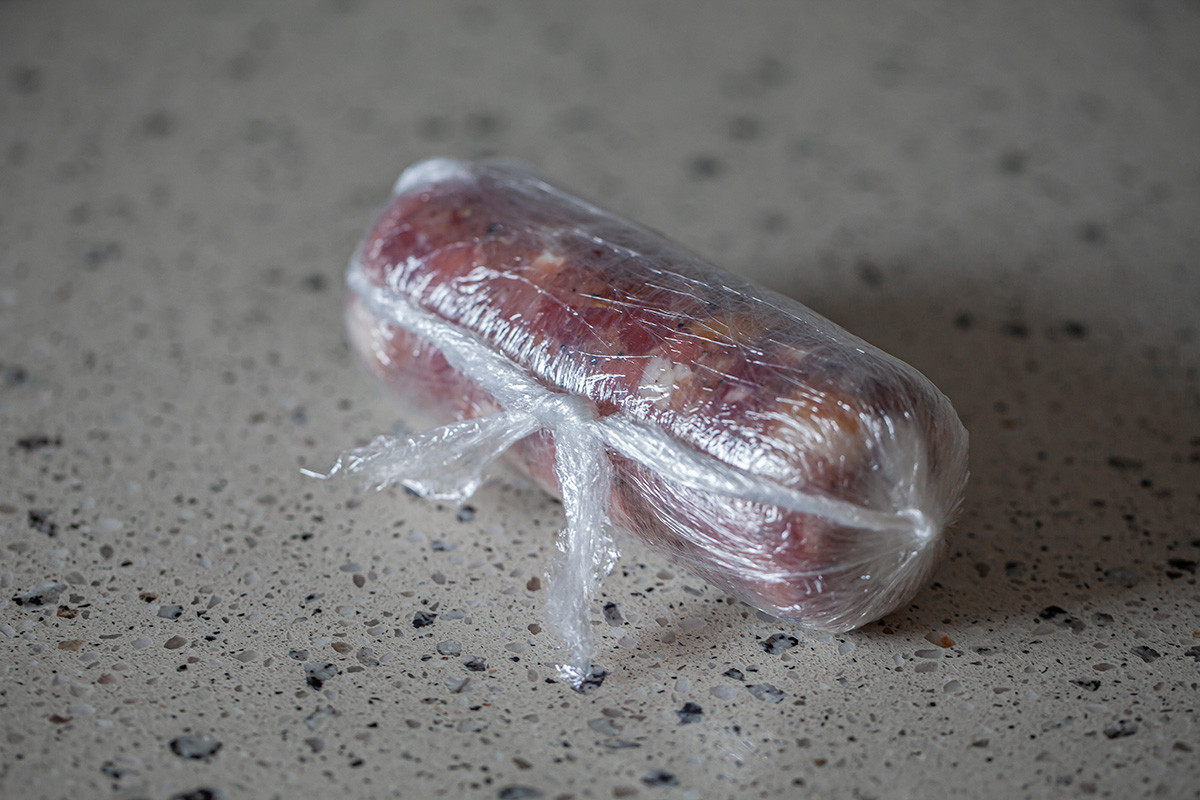 15. Warm up the water and put in the sausage. It should not boil. Water temperature should be between 75 and 85 degrees Celsius. 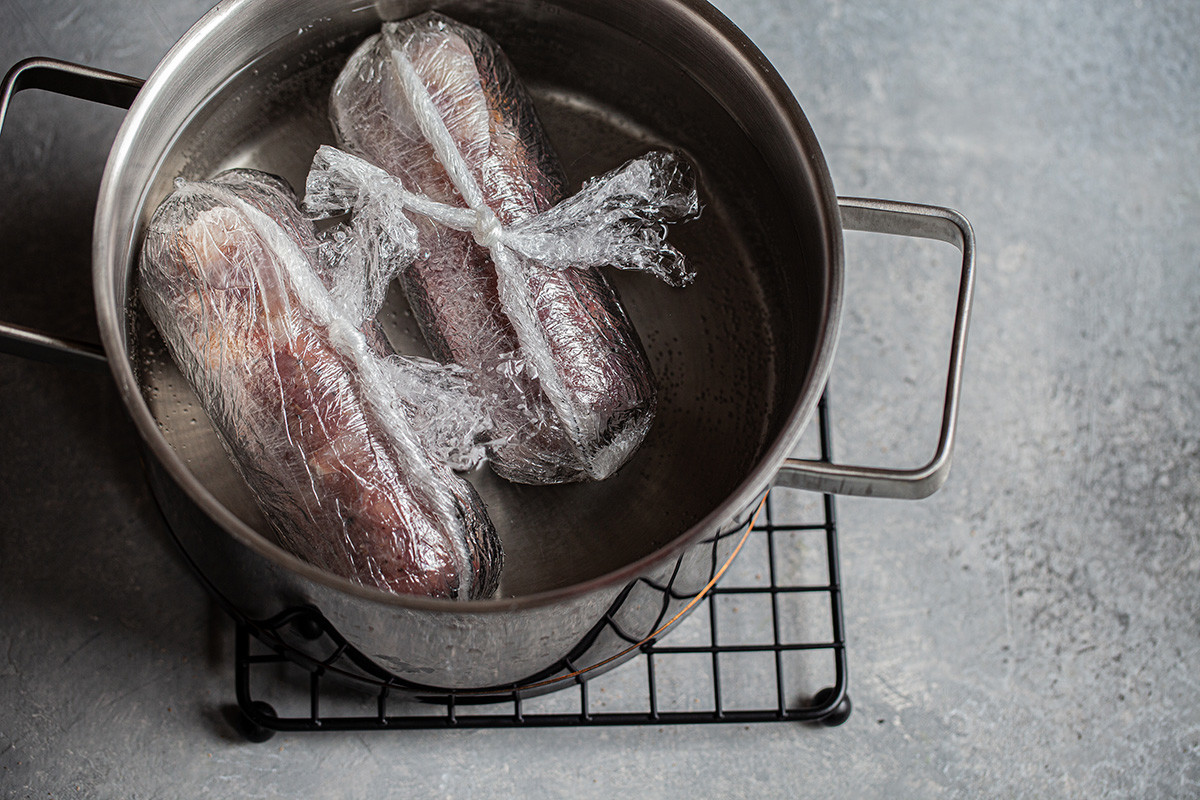 16. Take the sausage out in 2.5 hours. Cool them and put the sausage in a fridge for the night. 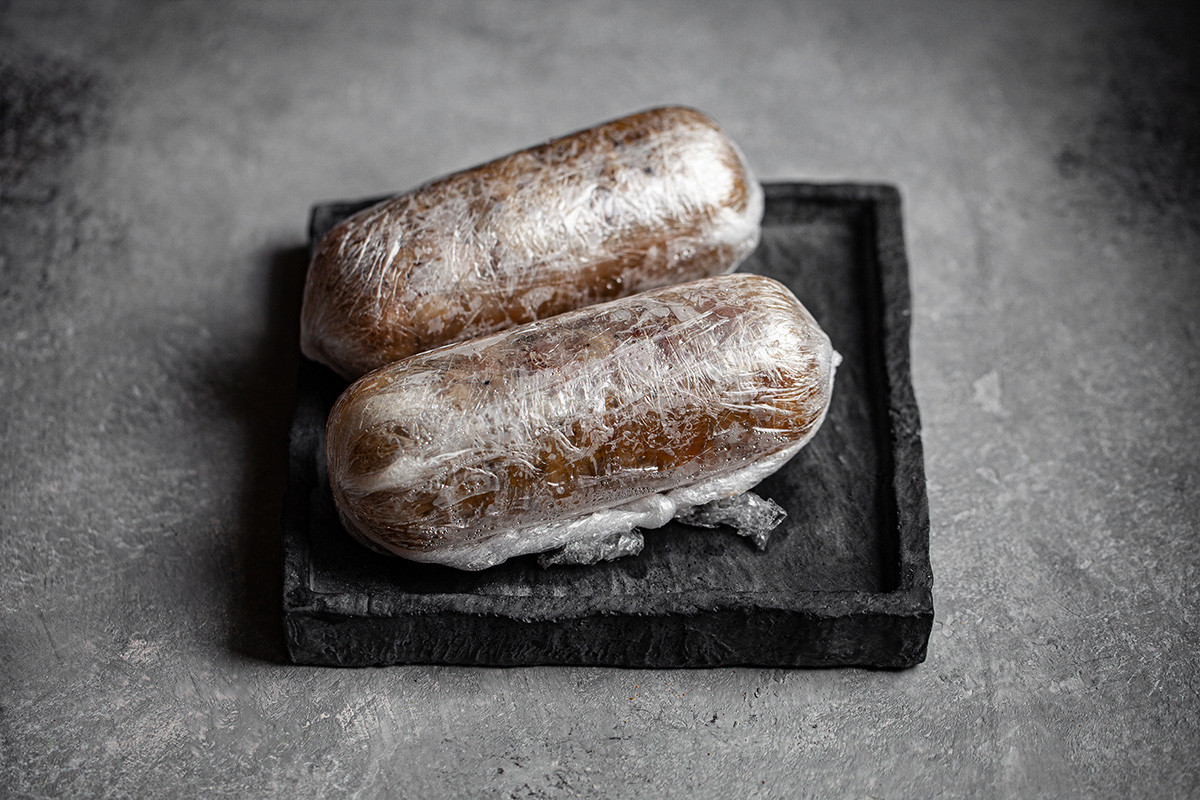 17. Put the cling wrap in a deep dish while cutting because there is always a little bit of stock inside. 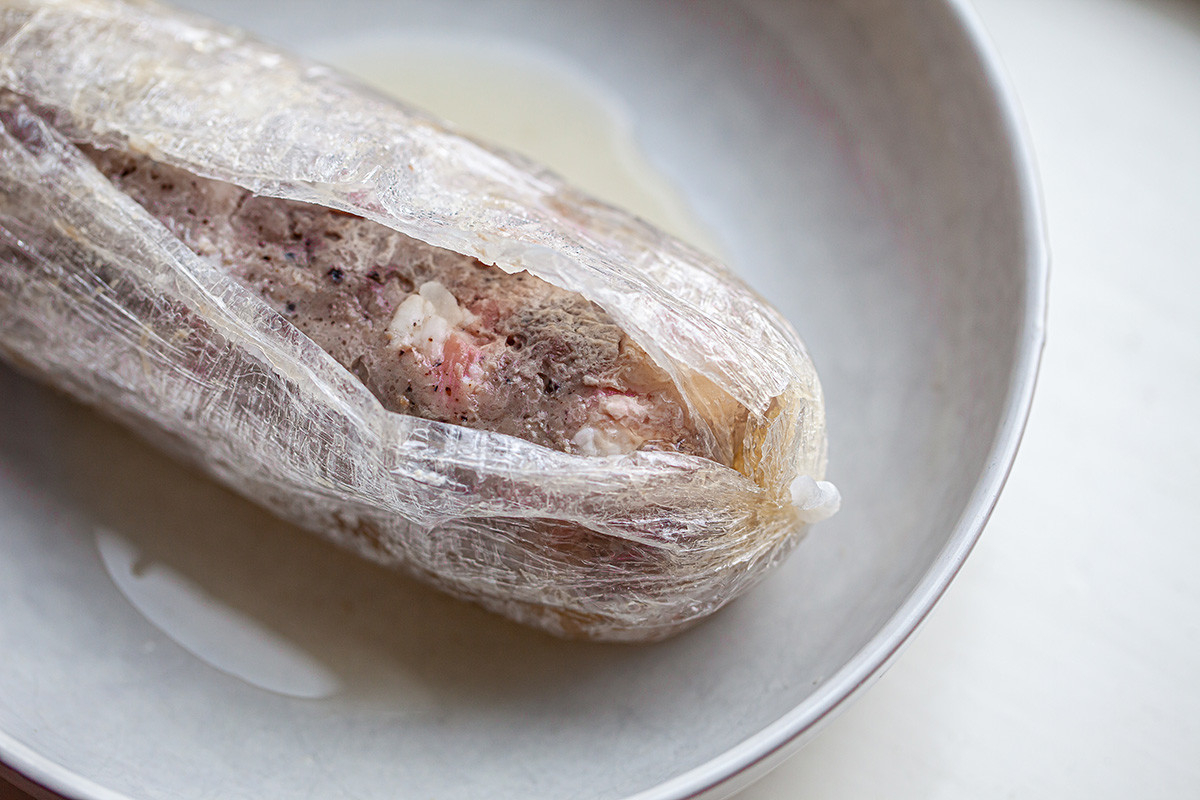 18. Slice the sausage and enjoy. 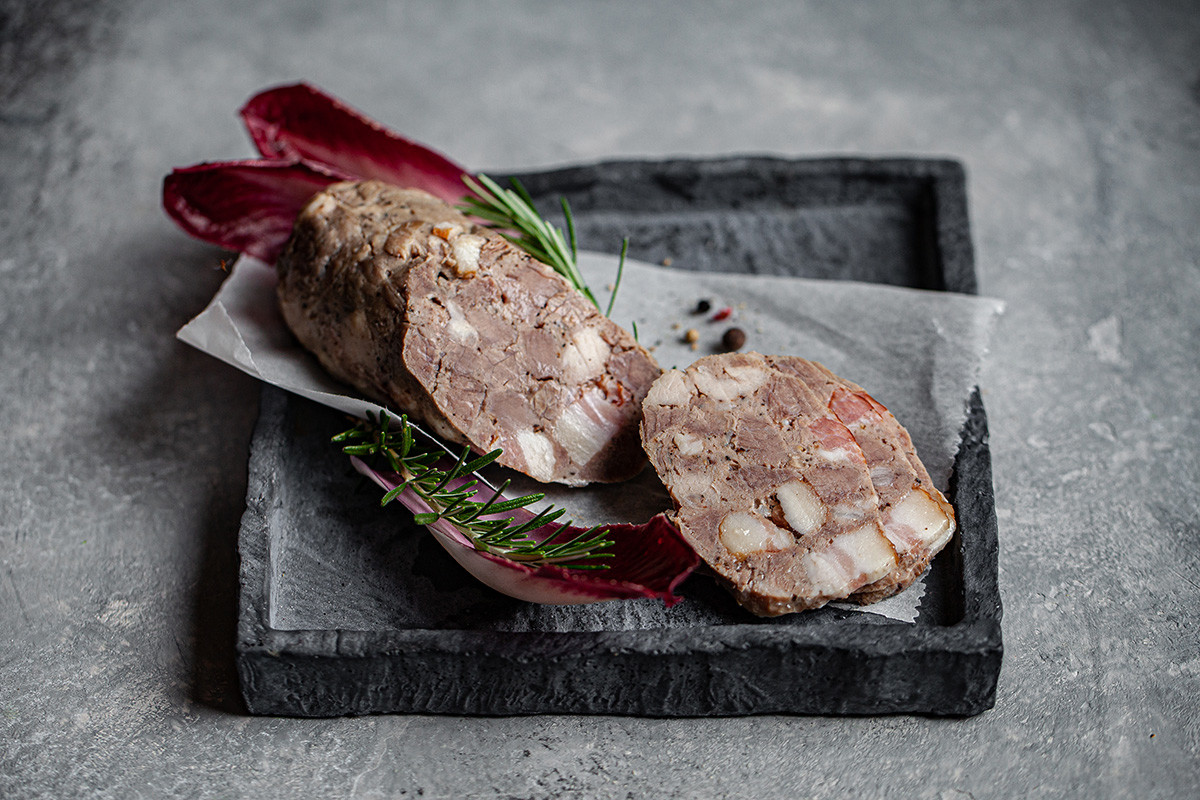