Moscow’s best plant-based burgers and beyond 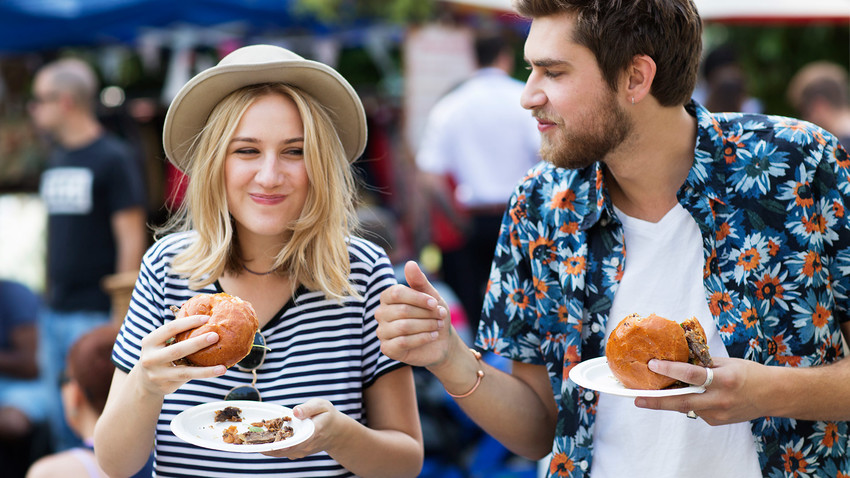 Moscow’s eateries are quickly catching on to the plant-based meat trend that is here to stay.

Getty Images
As consumers around the world wake up to the devastating effects of animal protein on the environment and animal welfare, plant-based “meats” are appearing on the menus of Moscow restaurants, and not only the strictly vegan ones. 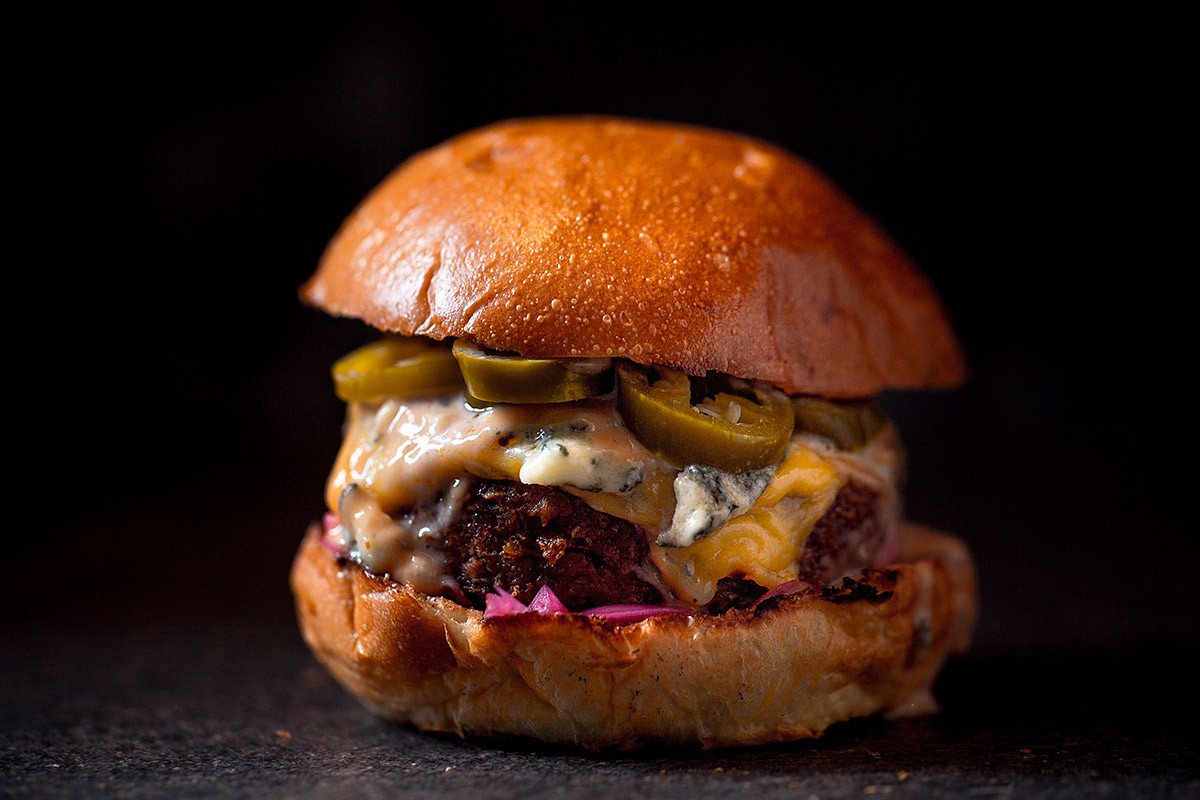 The vegetarian burger “No Sin”.

Ovens, jospers and smokers — Gorynich bakes and fries in all possible ways. Though of course you’d imagine a lot of meat on the menu of a place like that, the guys have a pretty extensive vegetarian/vegan section and three dishes with Beyond Meat: vegetarian burger “No Sin” ($9), vegetarian dumplings Cacio-e-Pepe ($9) and bliny with vegetarian meat and sour cream (7$). And they come with the best side dish ever: a view of old Moscow boulevards through the big panoramic windows. 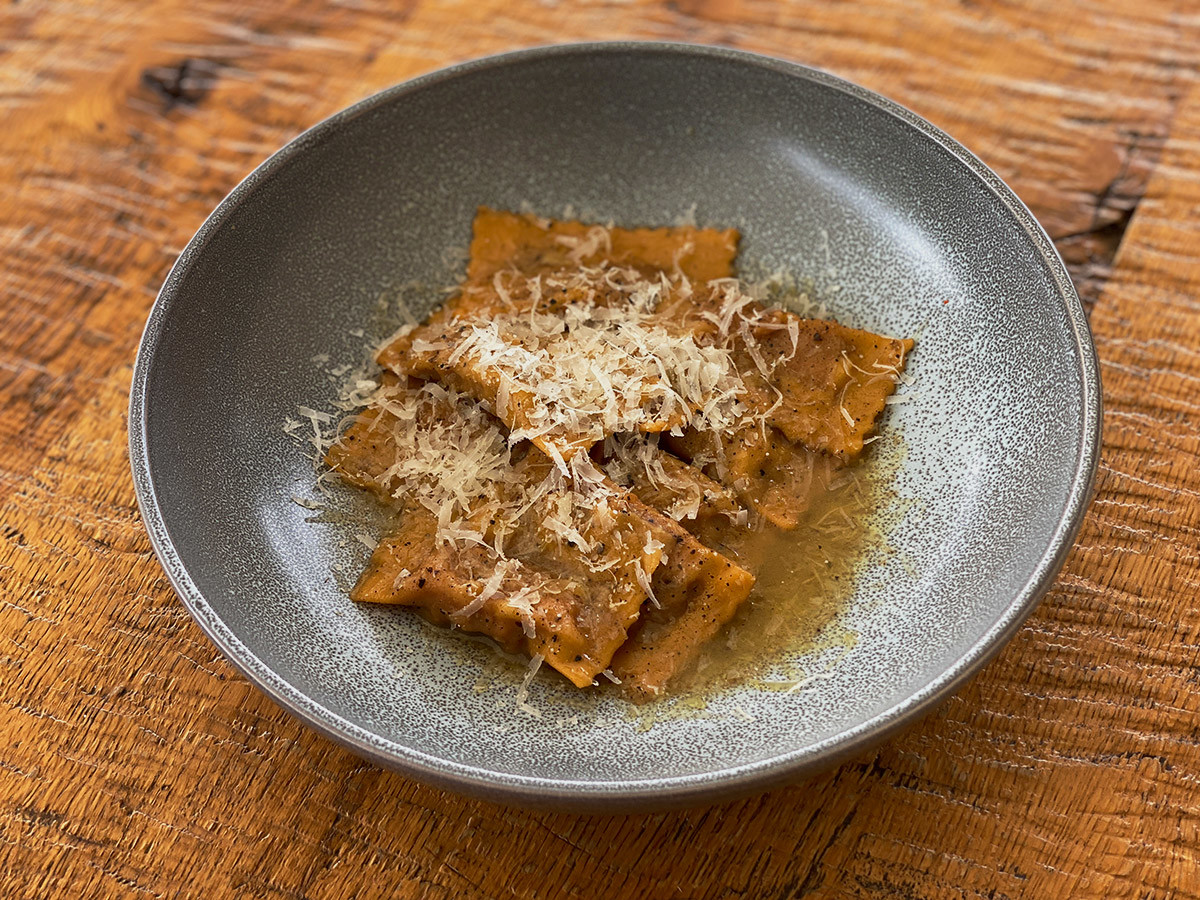 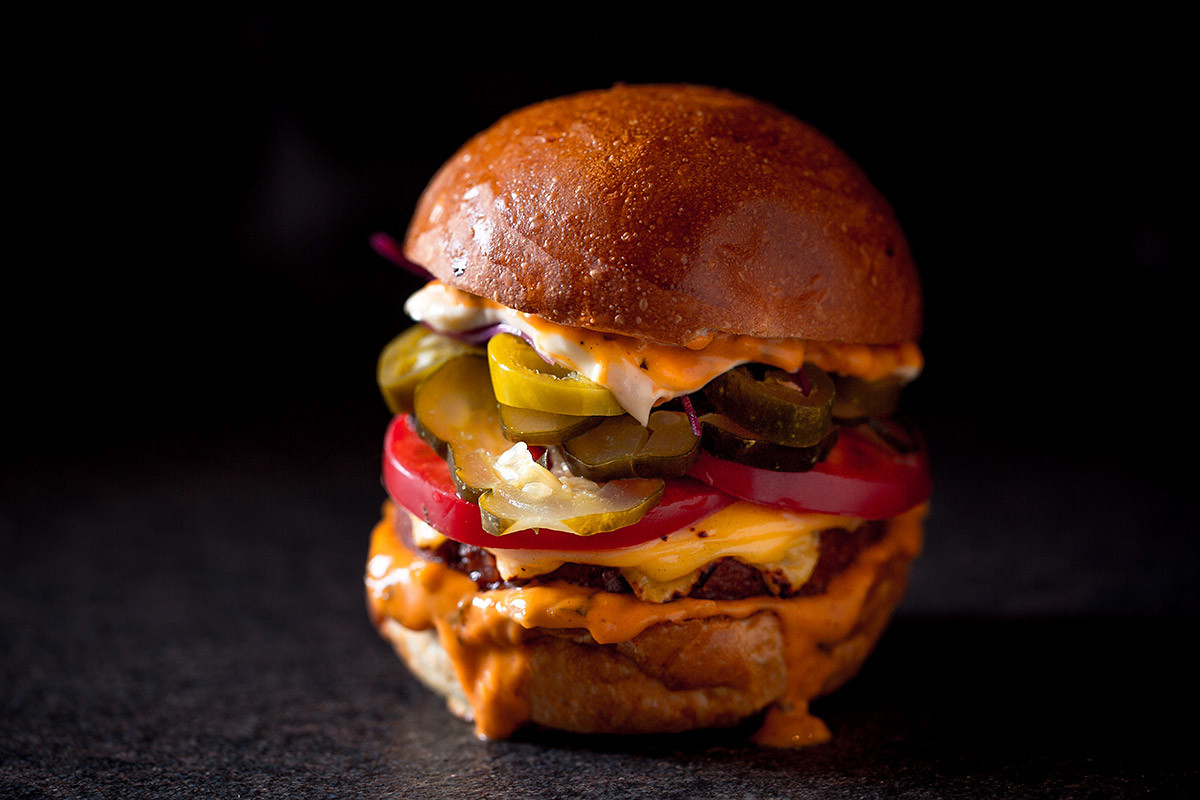 The Beyond Meat burger with jalapeno, cheddar cheese, red onion and BBQ sauce.

Just like Gorynych, Raketa is part of the White Rabbit Family, the restaurant group headed by Russia’s most famous chef Vladimir Mukhin. This mini burger chain can be found at Moscow’s main railway stations (Leningradsky, Kursky, Paveletsky and Belorussky) so you can quickly grab a juicy Beyond Meat Burger with jalapeno, cheddar cheese, red onion and BBQ sauce on the menu for just $6. 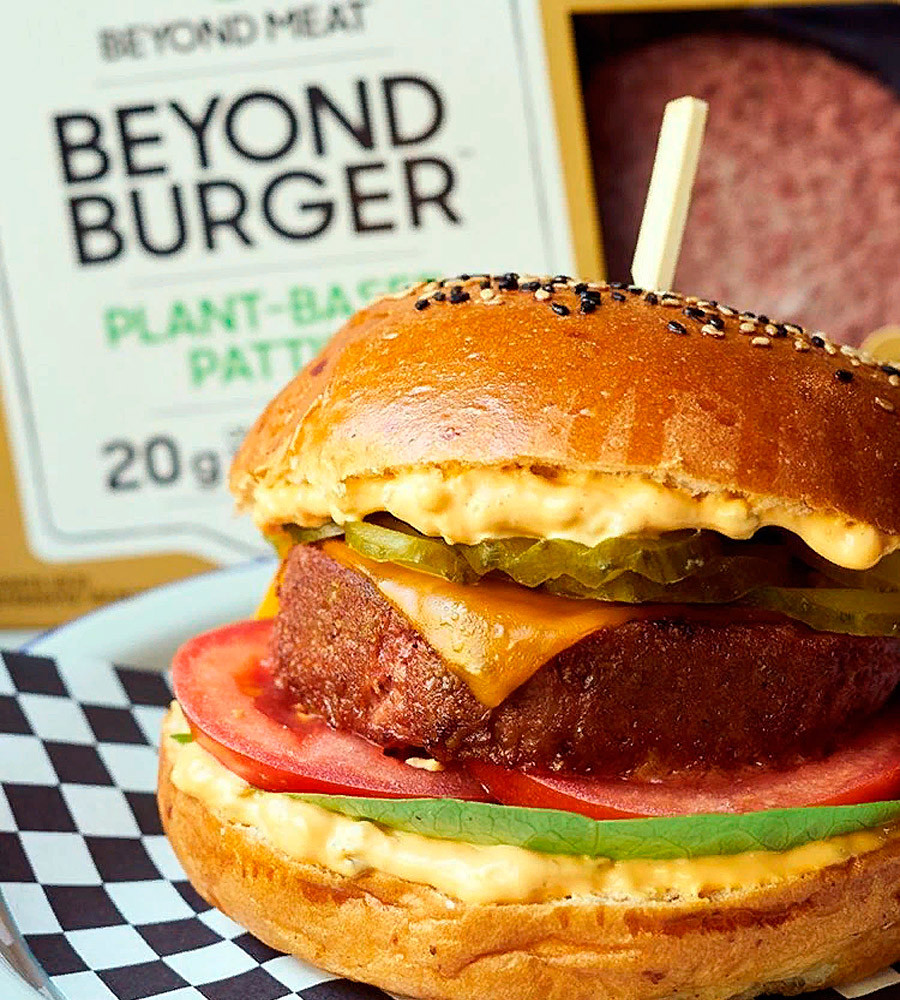 For all your junk food and Berlin bar vibes needs, head to this new pub that has already become a favorite with local hipsters and beer geeks. Two of its signature burgers - American Classic ($5) and Malina Kush ($10) - and the hot dogs can be ordered with Beyond Meat patties or sausages, respectively. Also, now the buns for all burgers and hot dogs (vegan and meat) are 100% vegan. Not only will you be doing yourself, the planet and the cows a favor by ordering the Beyond Meat dishes at Underdog, but you will also be directly contributing your hard-earned rubles to Tvoe Sobachie Delo (a volunteer group that helps at dog shelters) who the bar regularly collaborates with. 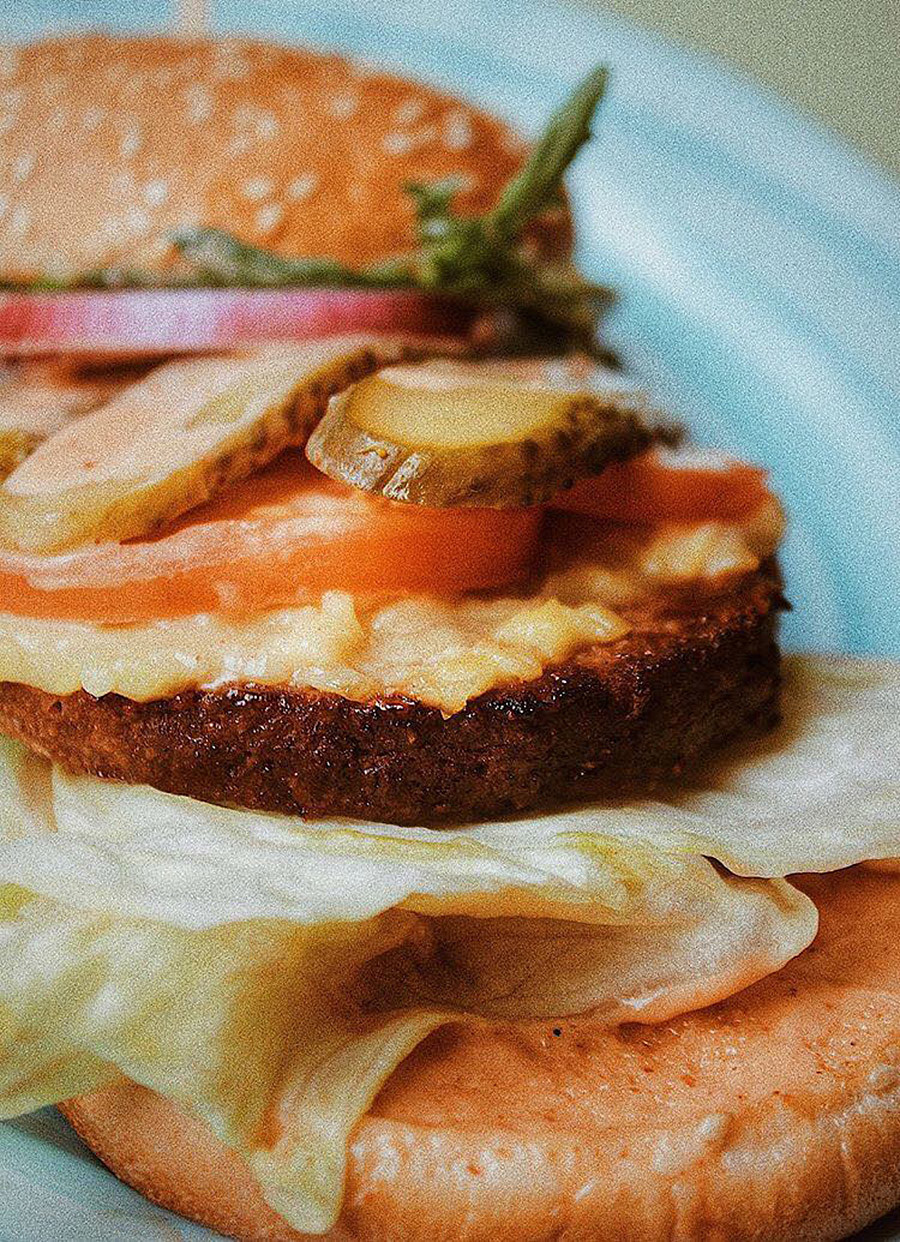 The Beyond Meat burger.

Mission, Moscow’s first fully vegan pub, is an ethical space and a bar located near the Baumanskaya metro station. There are 16 taps with draft beer, cider and kombucha along with some carefully selected vegan cans and bottles. Foodwise, the cuisine is a mix of different countries in a vegan interpretation. Apart from a range of veggie patties for the burgers (tofu, lentil and seitan), there’s also a juicy Beyond Meat burger ($8) that comes with fresh veggies, pickles, onion, microgreens, cheese and signature sauce together with coleslaw on the side. 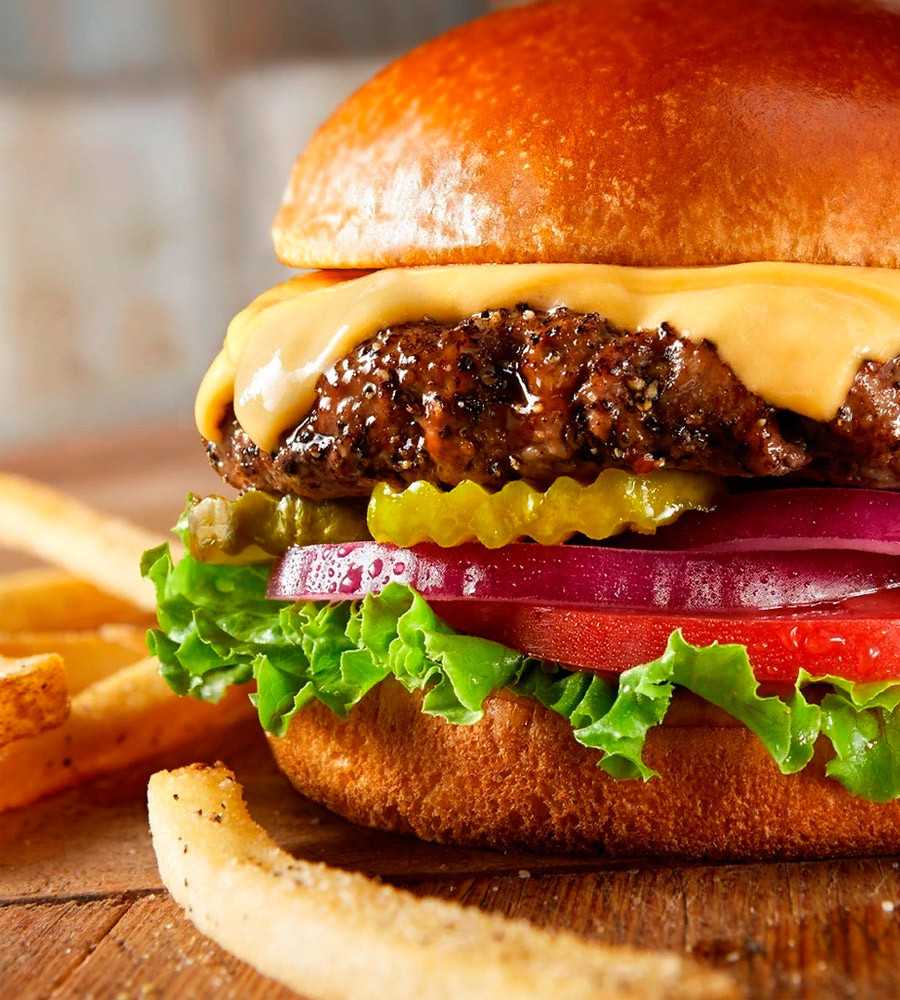 The Beyond Meat cheeseburger.

One of the world’s most recognized casual eatery chains, TGI Friday’s serves up a vegan version ($10) of its famous burger that looks, feels and tastes just as mean as the original one. The Beyond Meat pattie is grilled, seasoned and topped with lettuce, tomatoes, red onions, pickles, mustard and served between a Challa bun. Wash it down with any of TGI Friday’s signature cocktails - just don’t forget to ask for no straw!

Be your own burger master! 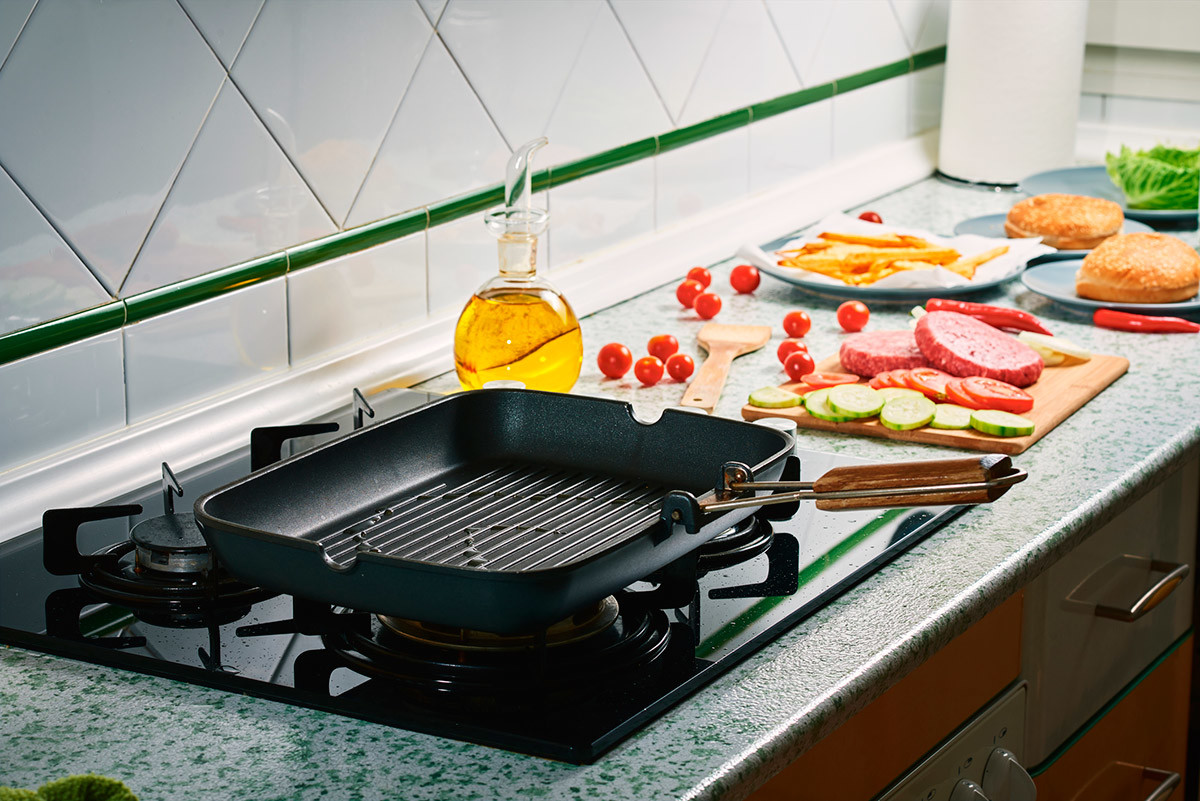 If you feel that your burgers are no worse than those in Moscow’s hippest restaurants, then you can purchase a pack with two Beyond Meat patties on the Azbuka Vkusa online store. Bean Sprout, a brand new Russian start-up, is about to launch sales of its fully organic range of plant-based burger patties and falafels made of beetroot, beans, grains, mushroom and various spices. These will also come with a much less hefty price tag than Beyond Meat.