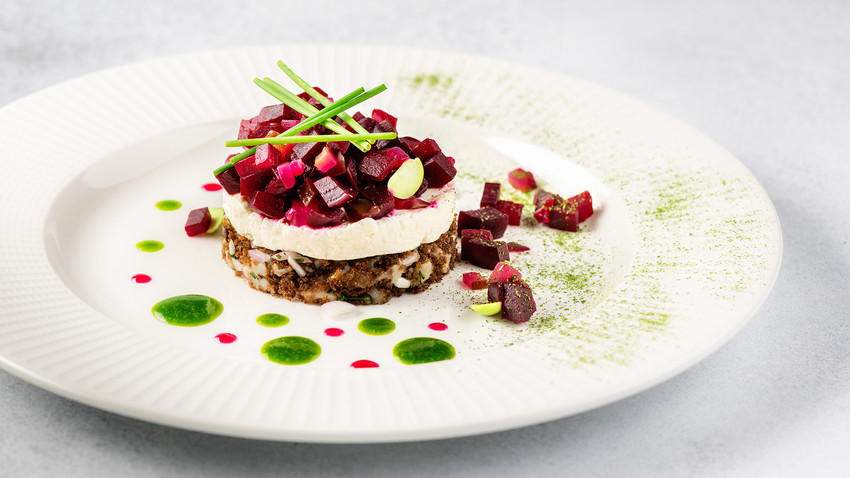 Drinks@Dinners restaurant
New Year in Russia is impossible to imagine without beetroot and herring salad. While purists may prefer the traditional version, we present a modern twist with a snow-white creamy "fur coat".

Alongside Olivier (aka Russian) salad, “Herring under a fur coat” occupies a central place on the Russian New Year table. Since the late 1970s, housewives (and more recently a handful of house husbands) have competed to make theirs the most mouth-watering. In the classic recipe, finely chopped pieces of herring, boiled potatoes and carrots, grated beetroot and eggs, plus parboiled onions, are laid out in layers and then drenched in mayonnaise (see here for the classic recipe).

But by definition, no one is surprised by tradition, so every winter new versions appear with unexpected ingredients. Evgeny Mikhailov, chef at Moscow’s Drinks@Dinners restaurant, adorns his version with a snow-white layer of cream cheese with aromatic horseradish and even bread. And although he calls it "not fur coat" salad, anyone who’s tried the classic version will recognize the familiar tang. 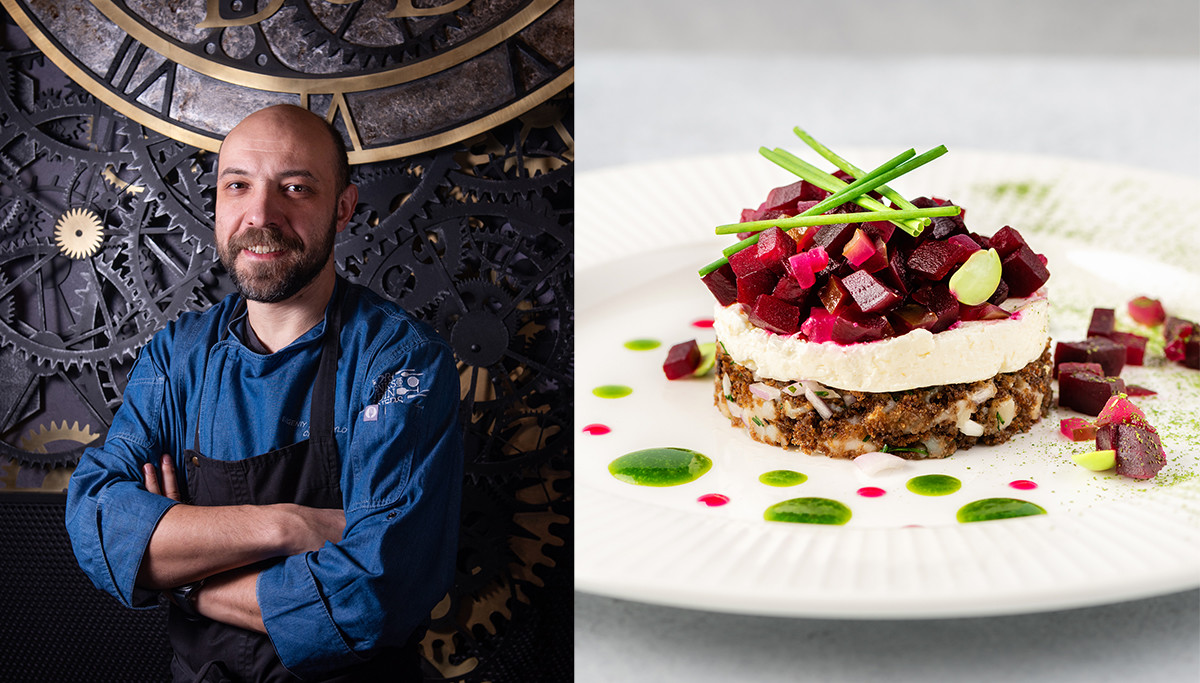 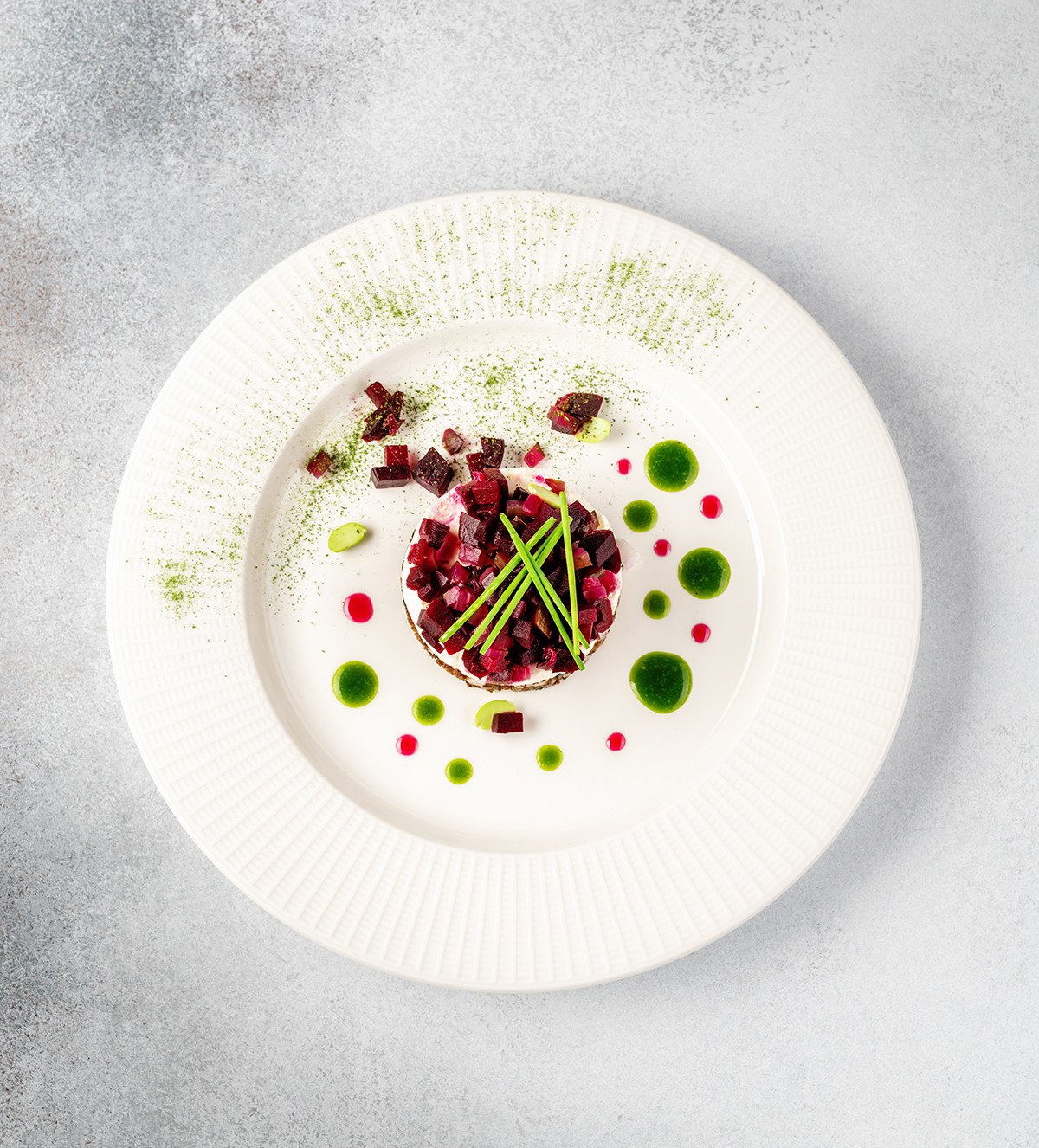 1. Mix the cream cheese with the cream, and bring to a boil.

2. Pre-soak the gelatin, then dilute in hot cream with the cream cheese. Add the fresh, grated horseradish, bring to a boil again, and strain. Fill 50-60 mL molds with 50-60 g of the hot mixture. Put in the refrigerator to freeze.

3. Peel and dice the herring and onion, finely chop the bread to the point of crumbling. Mix everything with the aromatic oil, and stir.

4. Lay out the herring, onion and bread on a suitable sized plate.

5. Take the “cheesecake” out of the refrigerator, remove from the molds, and place on top.

6. Dice the beetroot and cucumber, season with butter, and lay on top. Garnish with onions or parsley.