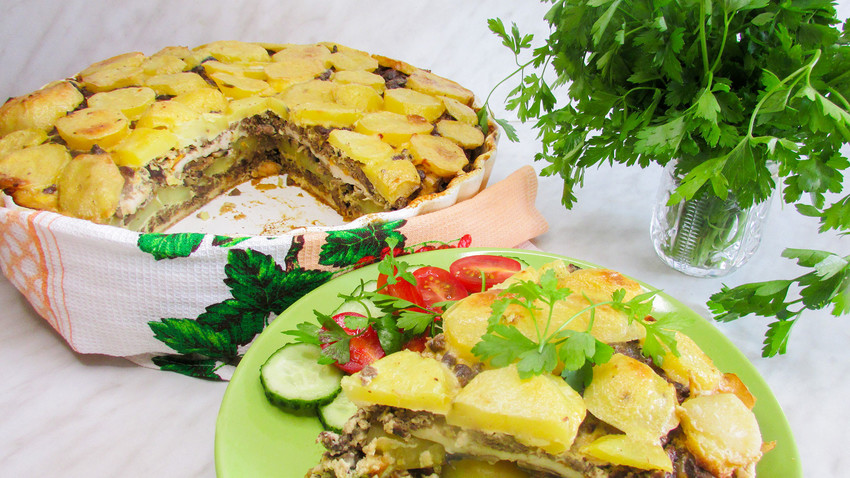 While summer is behind us you’ll definitely be in a festive mood with this autumn casserole.

Olga Brovkina
When you need an easy way to prepare a great dinner, think about this delicious casserole. One look at our recipe and your mouth will water.

One of our grandparents’ most special places when they wanted to have a fancy night out in St. Petersburg (Leningrad, as the city was known in Soviet times) was the restaurant “Metropol”. In Imperial and Soviet times, Metropol mainly offered Russian cuisine such as chicken cutlets, beef langets, kulebyaka and more. Now, it’s open to international cuisine and is famous for its Belgian beer.

In Soviet times, Metropol mainly served the Party elite and high-ranking guests, among whom were world leaders such as Leonid Brezhnev, Ronald Reagan, and Jacques Chirac. However, Metropol's food dishes were also available to common people. In Soviet times, the restaurant offered a hugely popular item called “the Metropol cutlet” that consisted of chicken breast and liver as main ingredients. In those years of scarcity cooks wanted to find use for the pork and chicken leftovers that were usually thrown away. The result was this stunning- juicy and crispy cutlet.

As time passed, I was lucky to master this recipe, and then wondered what else from the restaurant could be realized in my kitchen. Then, one day I accidentally stumbled on “Casserole Metropol” - a recipe from famous Russian culinary blogger Irina Khlebnikova. It’s sheer bliss, combining the main ingredients of the Metropol cutlets, but with distinct peculiarities. Apart from chicken breast and liver, the mushrooms and sauce make the casserole (zapekanka in Russian) very wholesome. 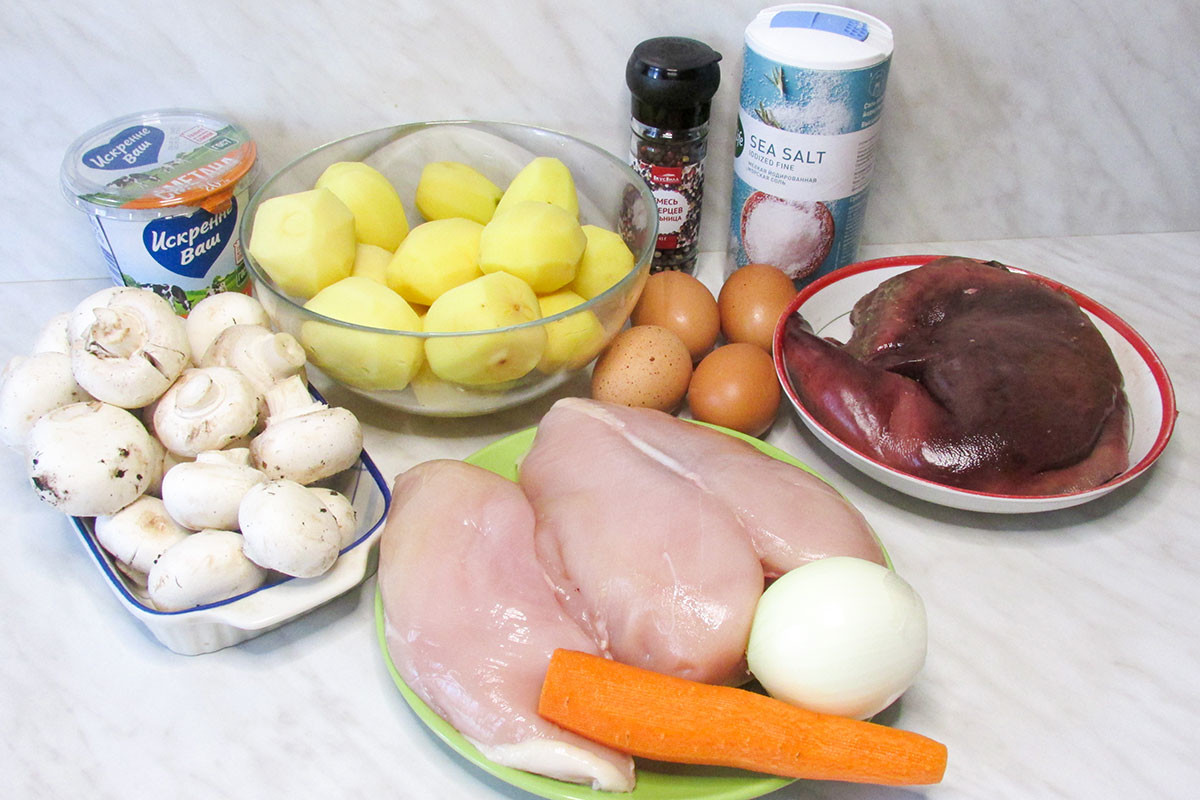 1. Let’s begin with the filling. Cut the onion into small cubes, grate the carrot on a coarse grater. Put the onion in a pan and fry in vegetable oil until lightly golden; then add the carrot and fry for 2-3 minutes. 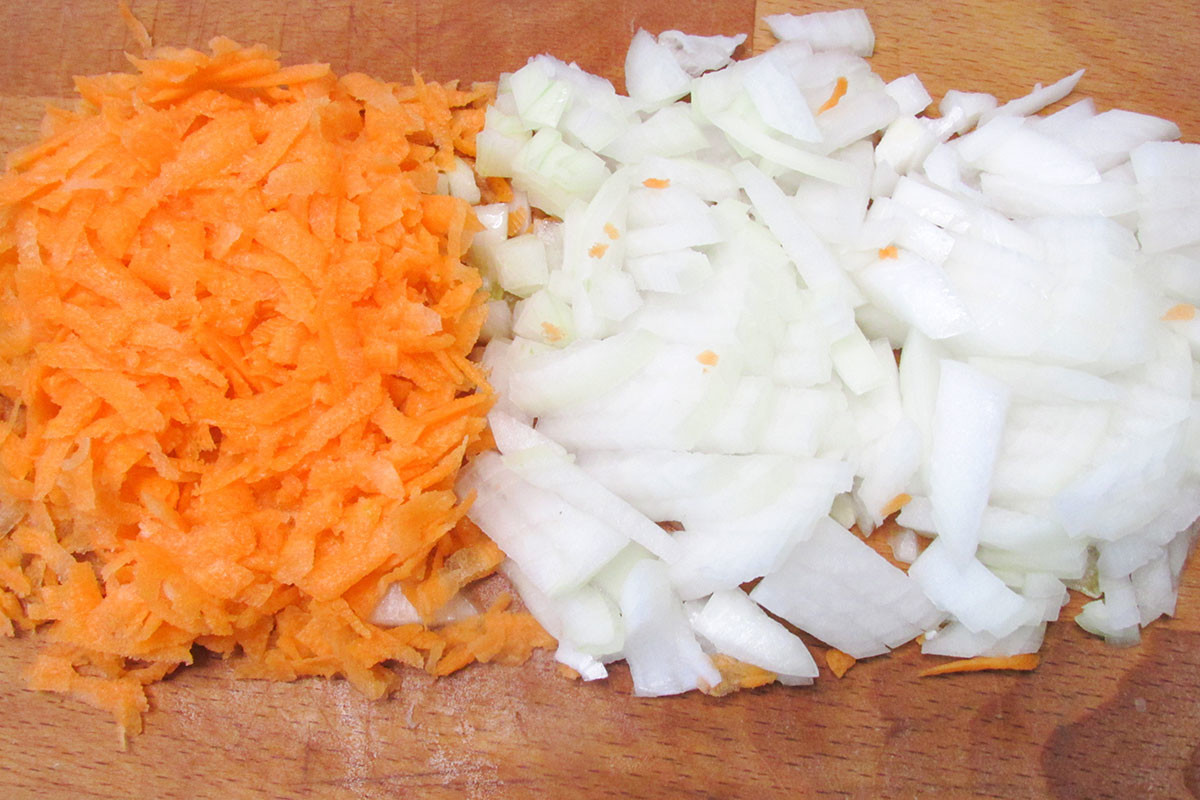 2. Wash and chop the mushrooms and fry until soft and tender. Salt and pepper to your taste. 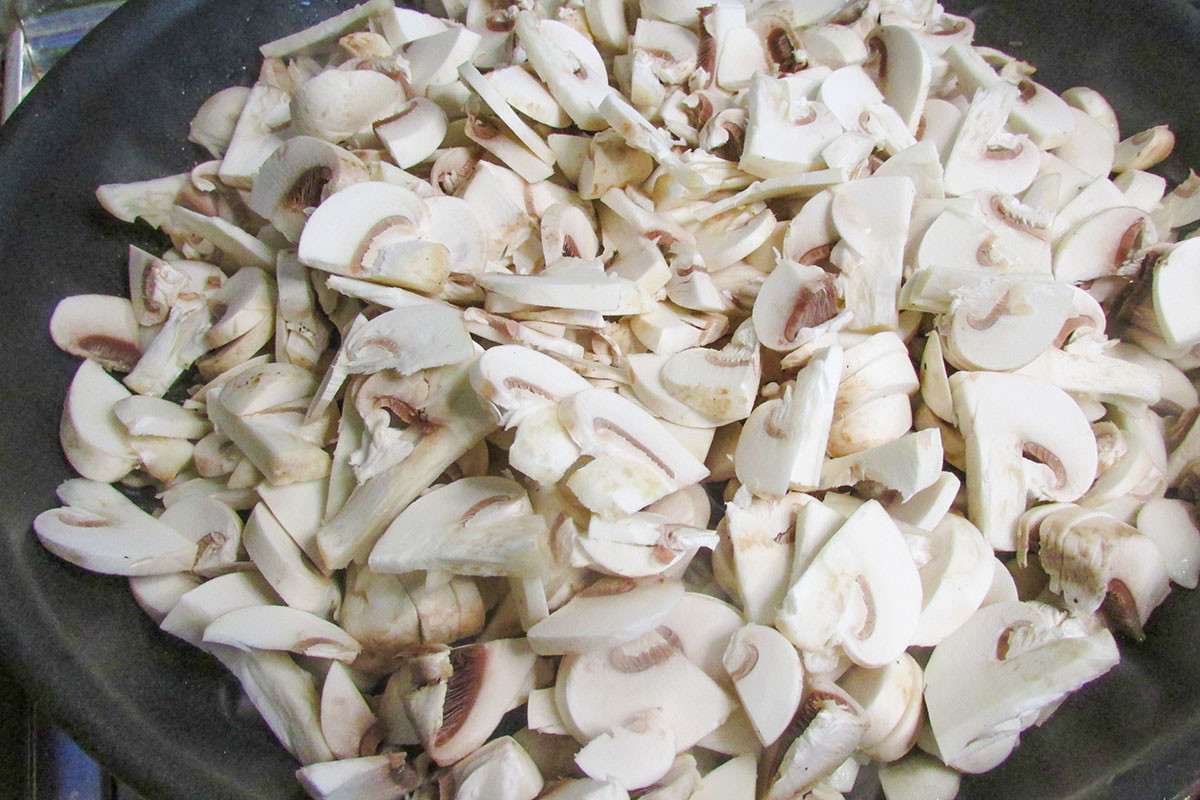 3. Wash the liver and twist in a meat grinder. If you don’t have one, use a blender.

4. Add vegetable oil to a heated frying pan and fry the minced liver for a couple of minutes. Salt and pepper to taste. 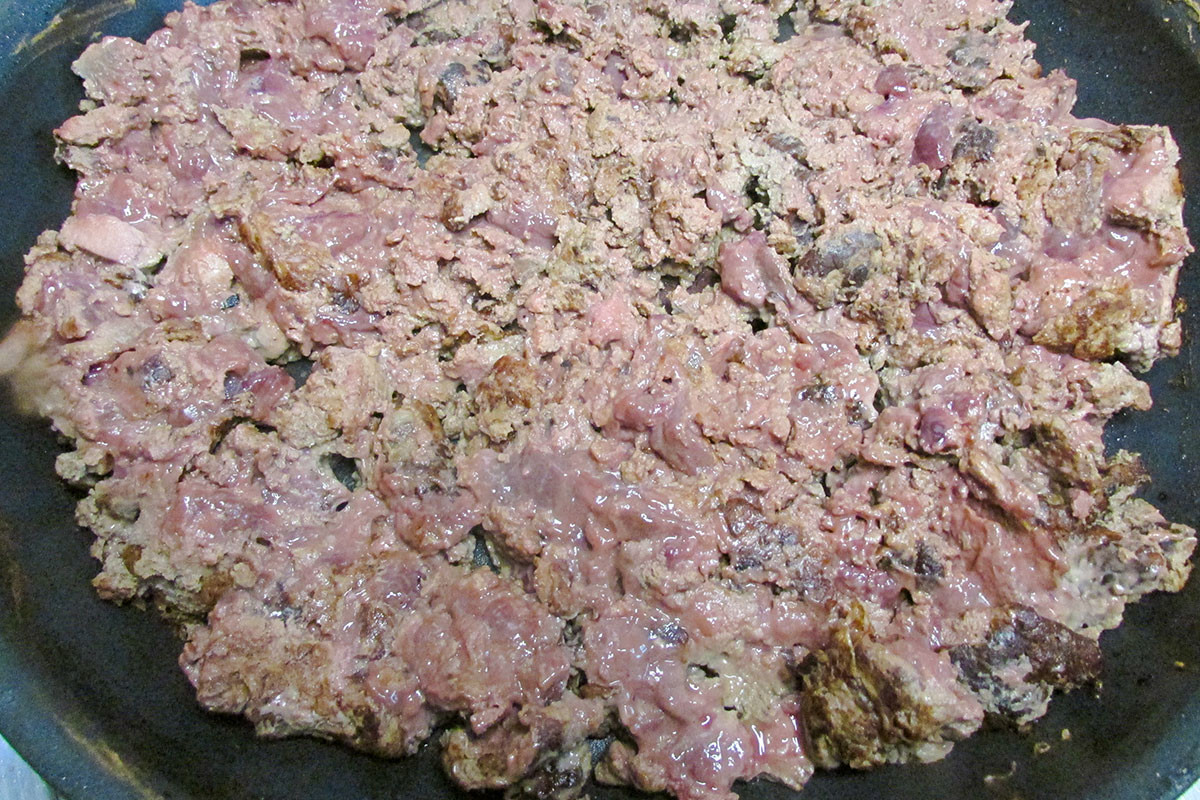 5. Take the chicken breast. Cut each half lengthwise into three thin plates. Then beat each piece; add salt, pepper and set aside for the time being. 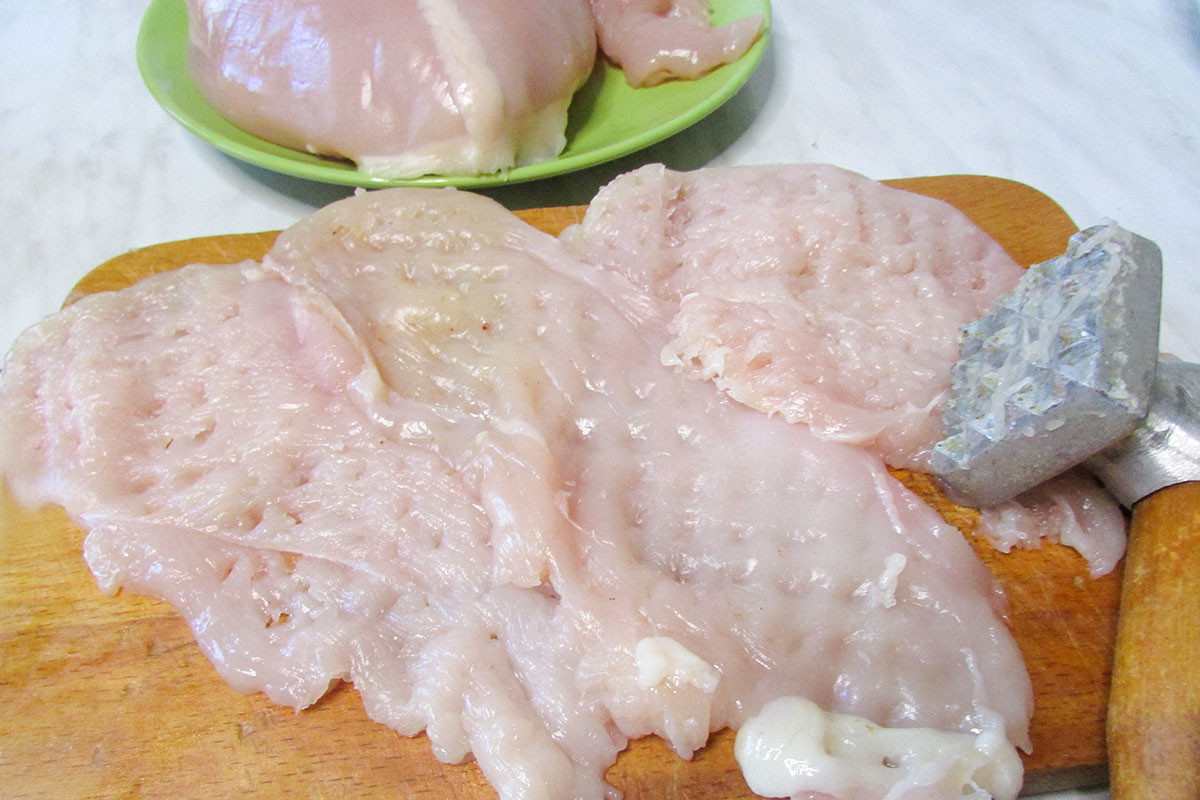 6. Peel the potatoes and cut into slices about 1.5 cm wide. So the potatoes do not remain raw, boil them in salted water for 3-4 minutes. 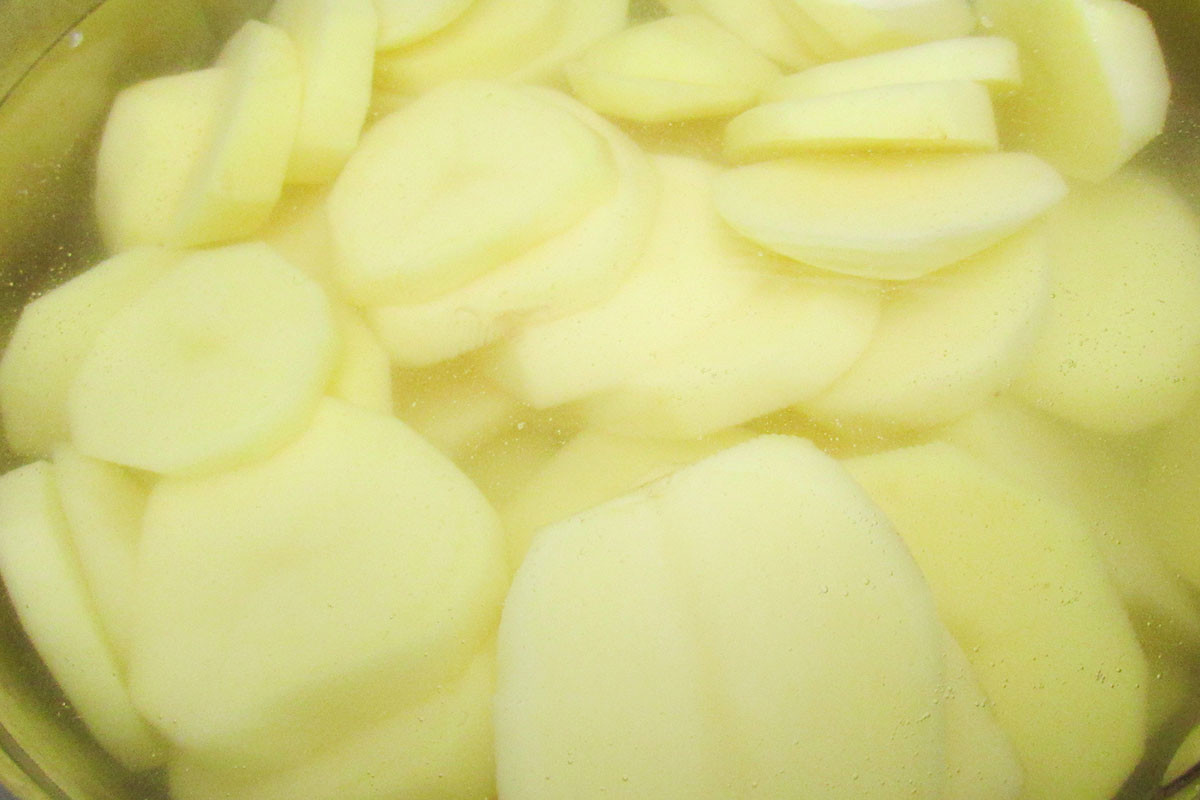 7. Take a baking dish large enough to hold all the ingredients and layers. Best to use a baking dish with a 23x33 cm diameter, or take a round one of approximately the same size. Then grease with butter, sprinkle with breadcrumbs and spread the prepared foods in layers. 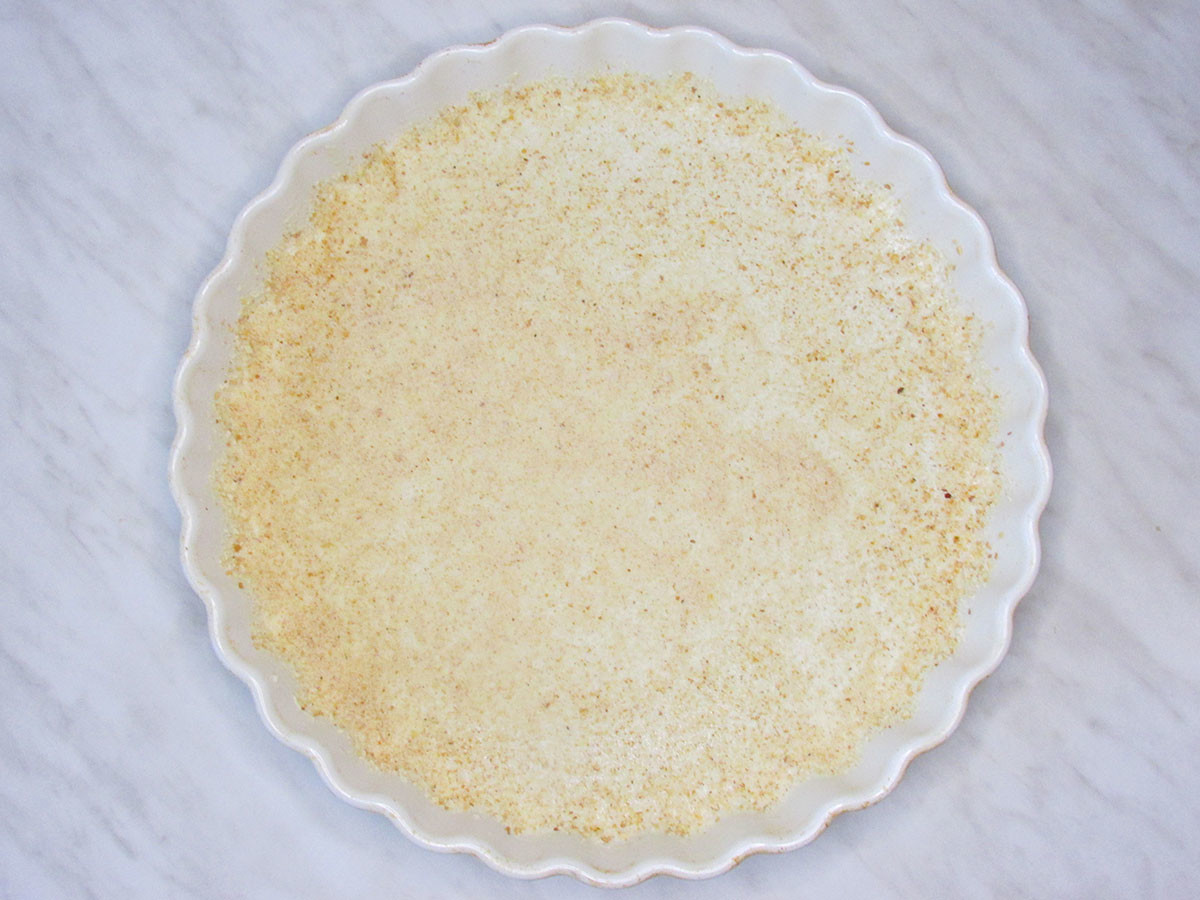 8. The first layer is half of the chicken meat. The second one is half an onion with carrots. 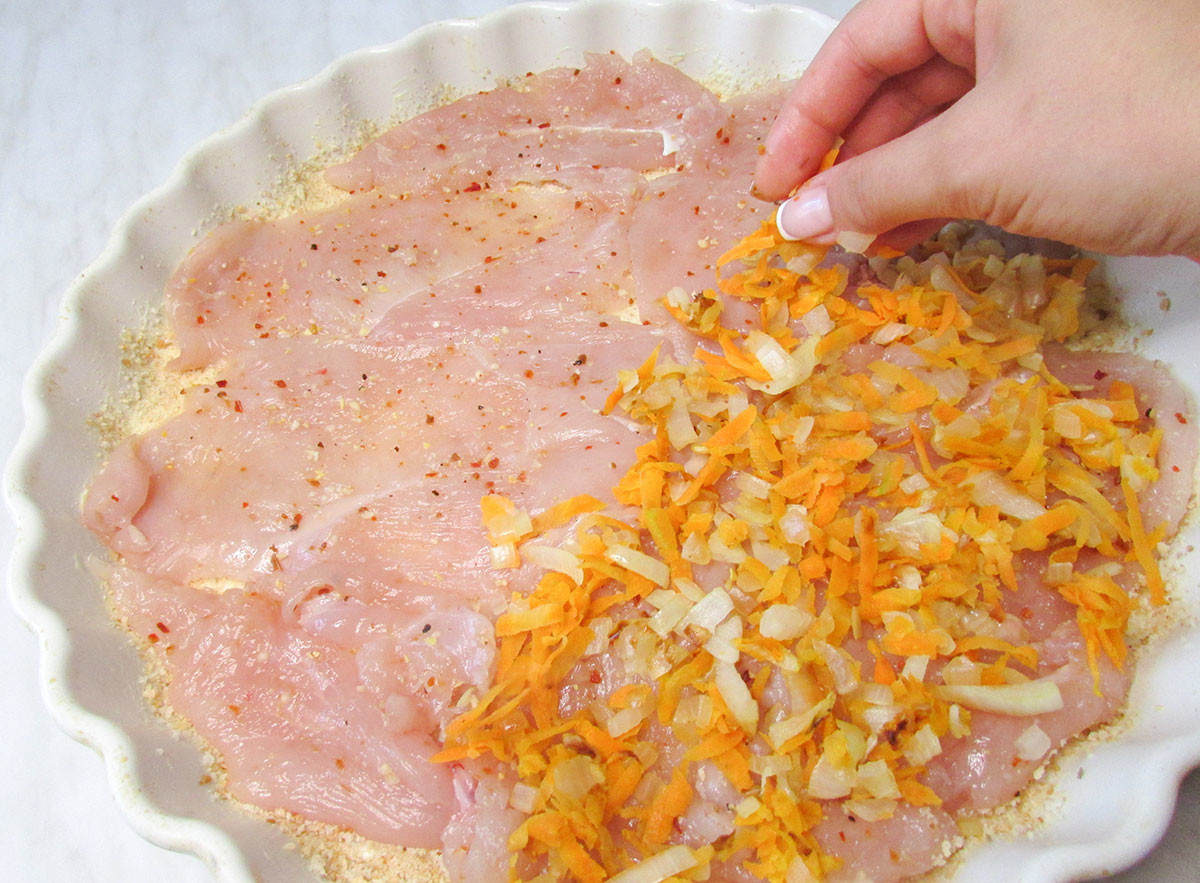 9. The third layer is half of the liver mass. Fourth layer - are potatoes. Fifth - put all the mushrooms. 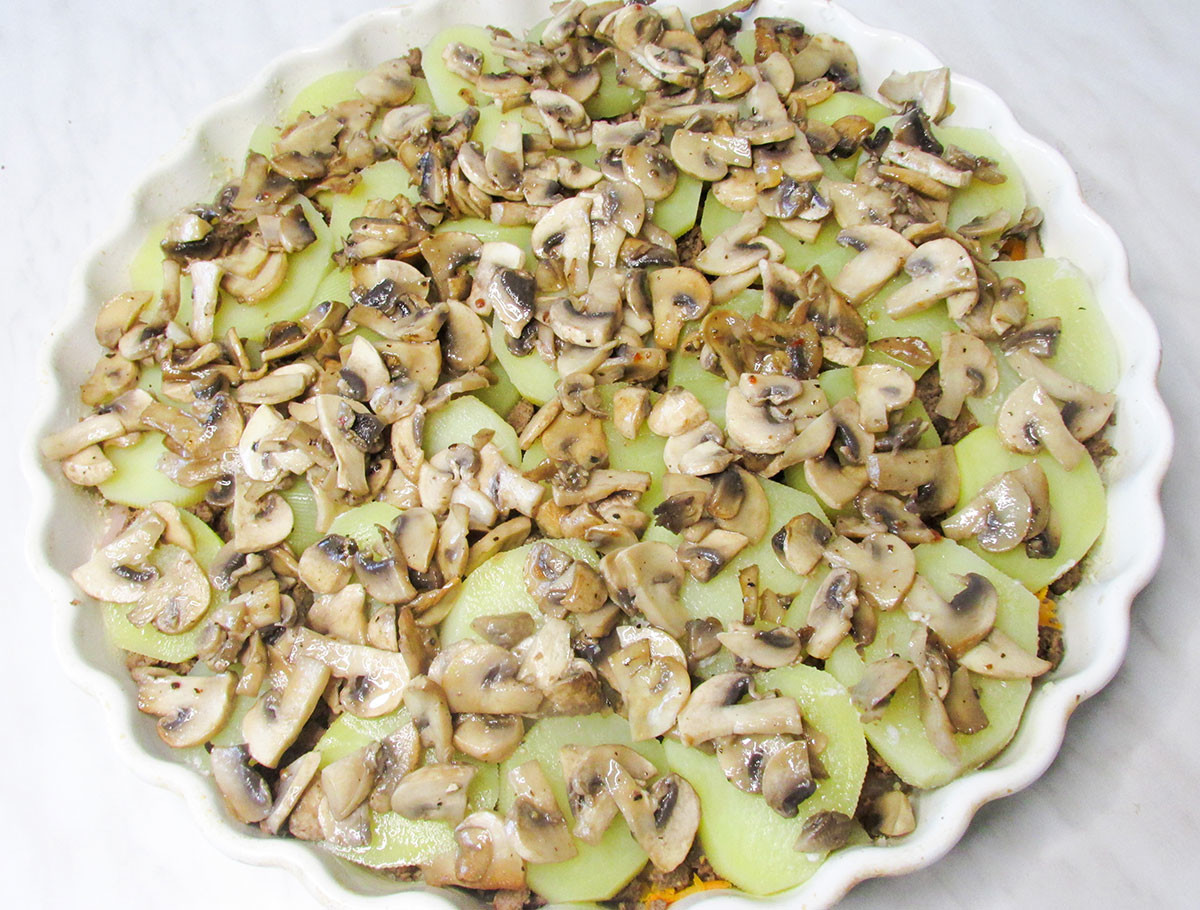 10. Repeat layers from the sixth layer - again chicken meat, onion with carrot, liver mass and potatoes in the end. For coating, mix eggs and sour cream. Pepper and salt. Gently pour the coating from above. 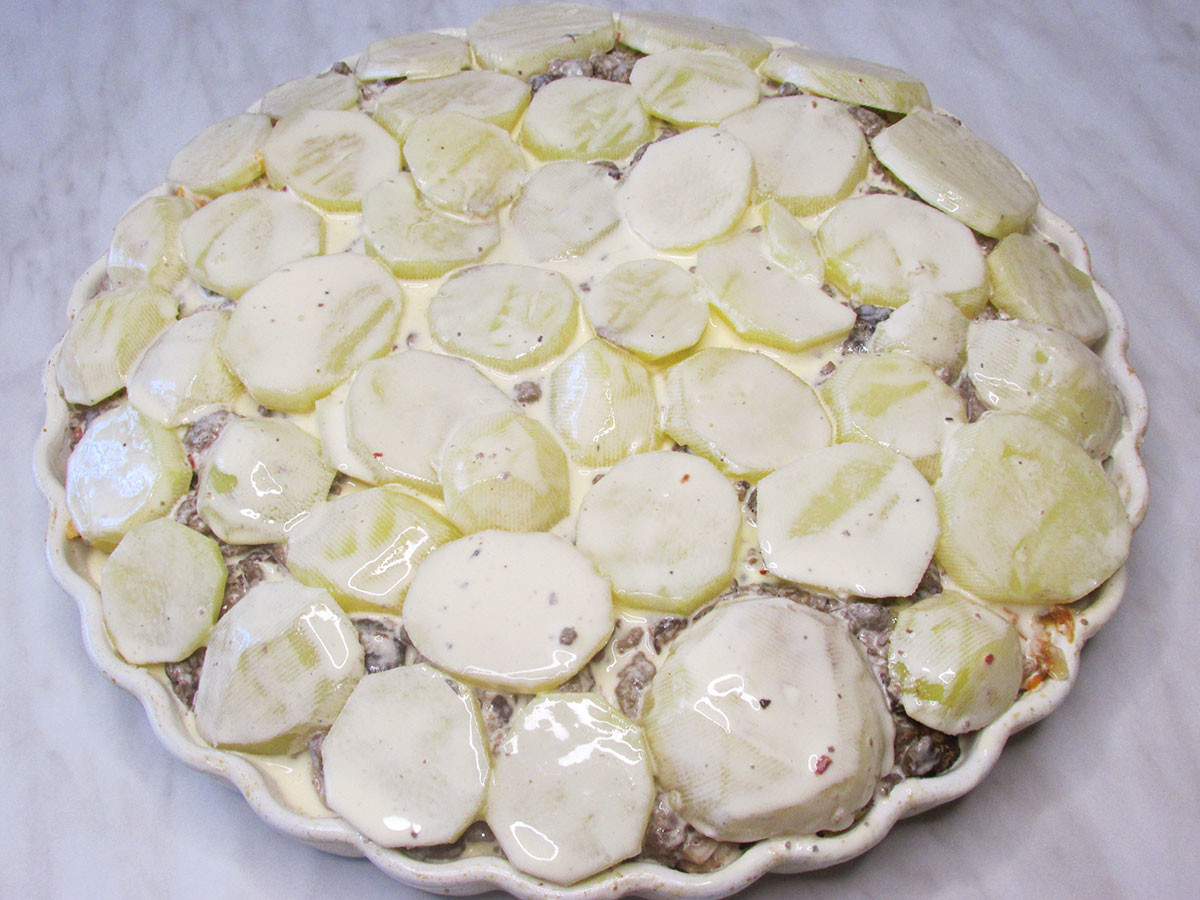 11. Bake the casserole in the oven at a temperature of 180°C, for about an hour, or an hour and twenty minutes. The casserole should become brown and crusty. Our delicious and hearty casserole is ready for the feast. 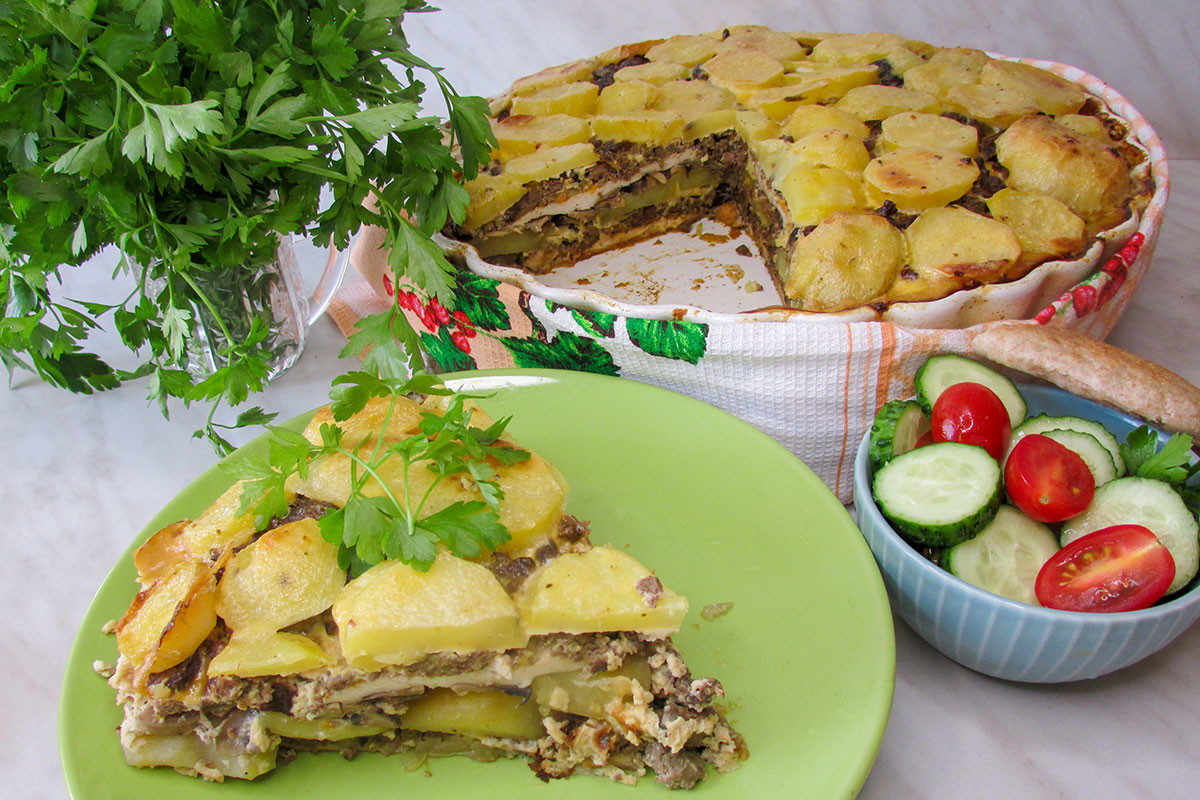