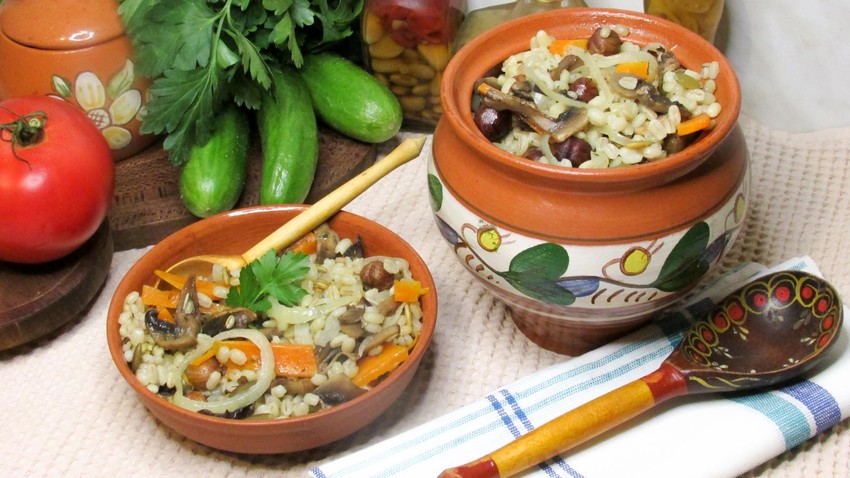 This rich dish is a real pearl and will become a favorite in your home.

Olga Brovkina
This undeservedly forgotten traditional dish is gradually returning to the nation’s table. Barley porridge is not only tasty but it’s also used as a dietary food.

Barley porridge is prepared from peeled whole barley grains. In Russian, this grain is called perlovka, which is similar in terms of phonetics to the English word pearl. Indeed, the barley grains look like tiny pearls.

Barley is a hardy crop and grows in many climatic zones, and this is why it was very popular in Russia. At the time of Peter the Great, barley porridge was introduced into soldiers' rations, and that’s never changed since. Pearl barley still leaves a sour taste in the mouth of anyone who has ever served in the Russian army.

My male relatives still make a wry face at the mere mention of pearl barley. And all my grandma’s efforts to persuade them that the army’s barley is different from home-cooked barley convinces no one except me. Since early childhood, granny used to tell me about the health benefits of pearl barley. She also shared a secret on how to cook it in such a way that your mouth will water at first glance.

Pearl barley’s main health benefit is that it contains phosphorus, which is essential for bones and teeth. Barley contains almost twice more phosphorus than other grains. Secondly, it has several times more fiber than wheat, hence the protein content surpasses the nutritional value of wheat protein that’s vital for athletes or anybody who just wants to lose weight. Thirdly, pearl barley contains lysine (amino acid), which actively helps form collagen that makes the skin elastic and tight, as well as help to keep wrinkles at bay.

Today, we’ll cook ‘rich barley porridge’ with secret ingredients that make this dish light but wholesome. The dish got its ‘rich’ name from the superb set of ingredients and flavors that can withstand the criticism of discerning gourmets. 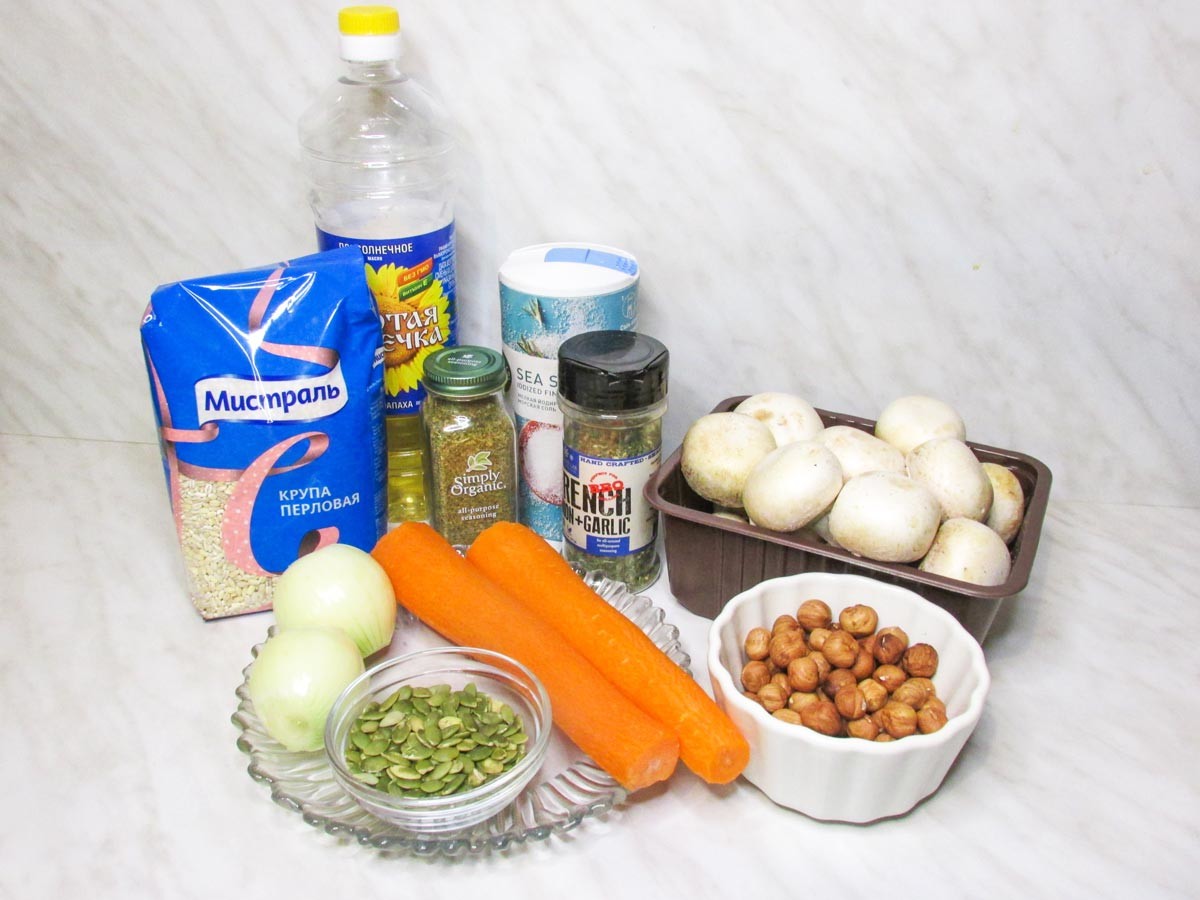 1. Soak pearl barley in cold water for up to 1 hour.

2. Cut the onion into rings. 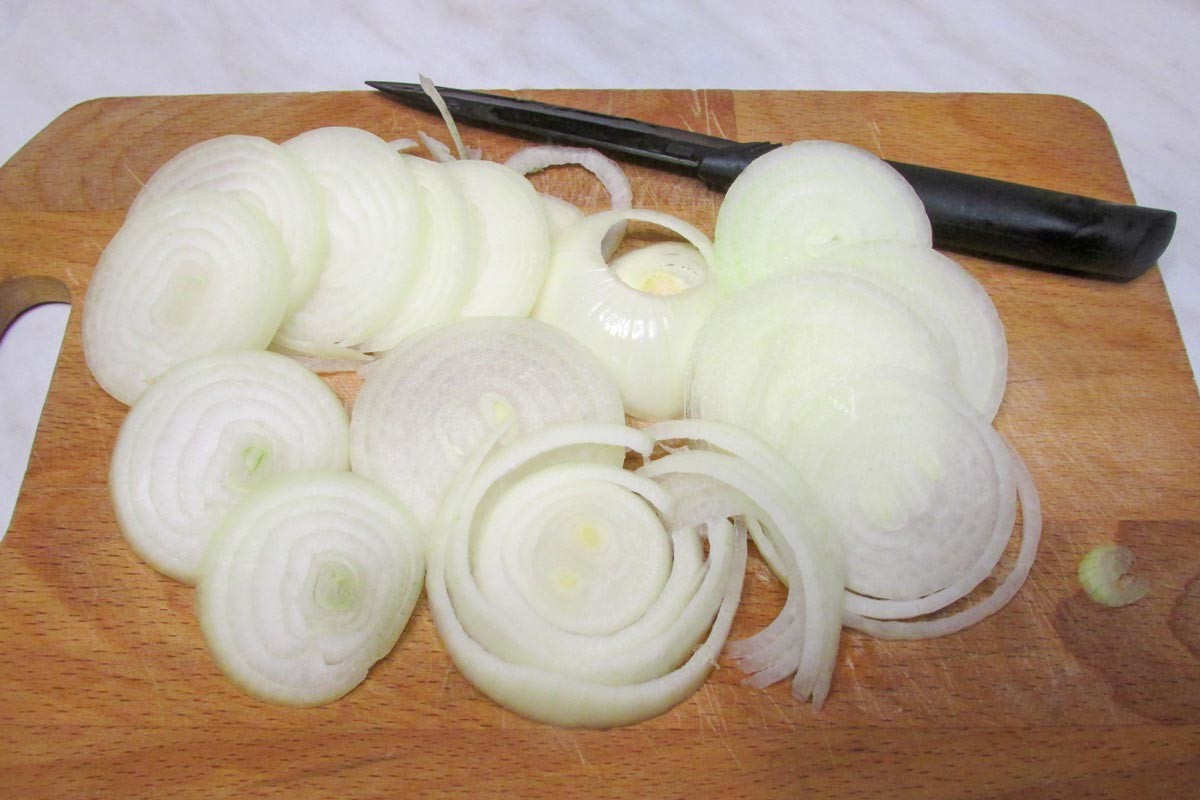 3. Cut the carrots into strips. 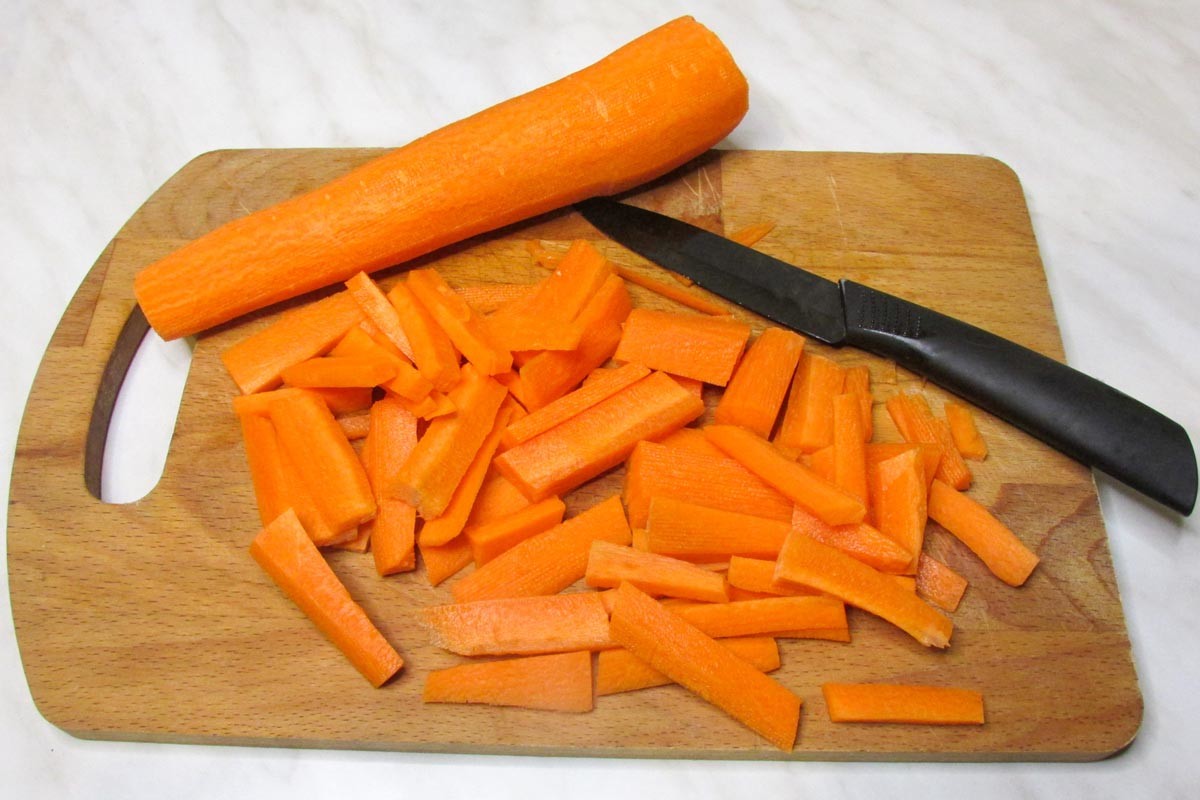 4. Pour 60 g of vegetable oil on the bottom of the ceramic or glass baking dish (with a lid); place the onions and carrots in; simmer for 10 minutes covered with a lid in a well-preheated oven. 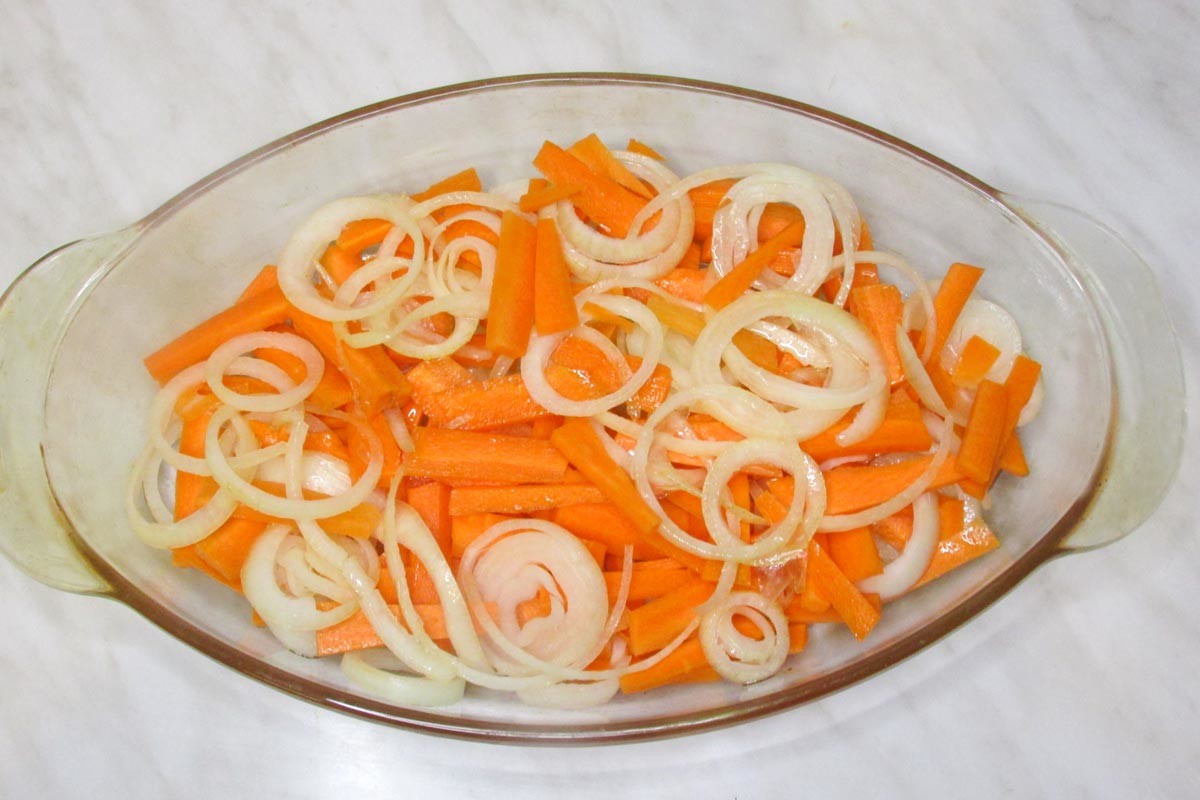 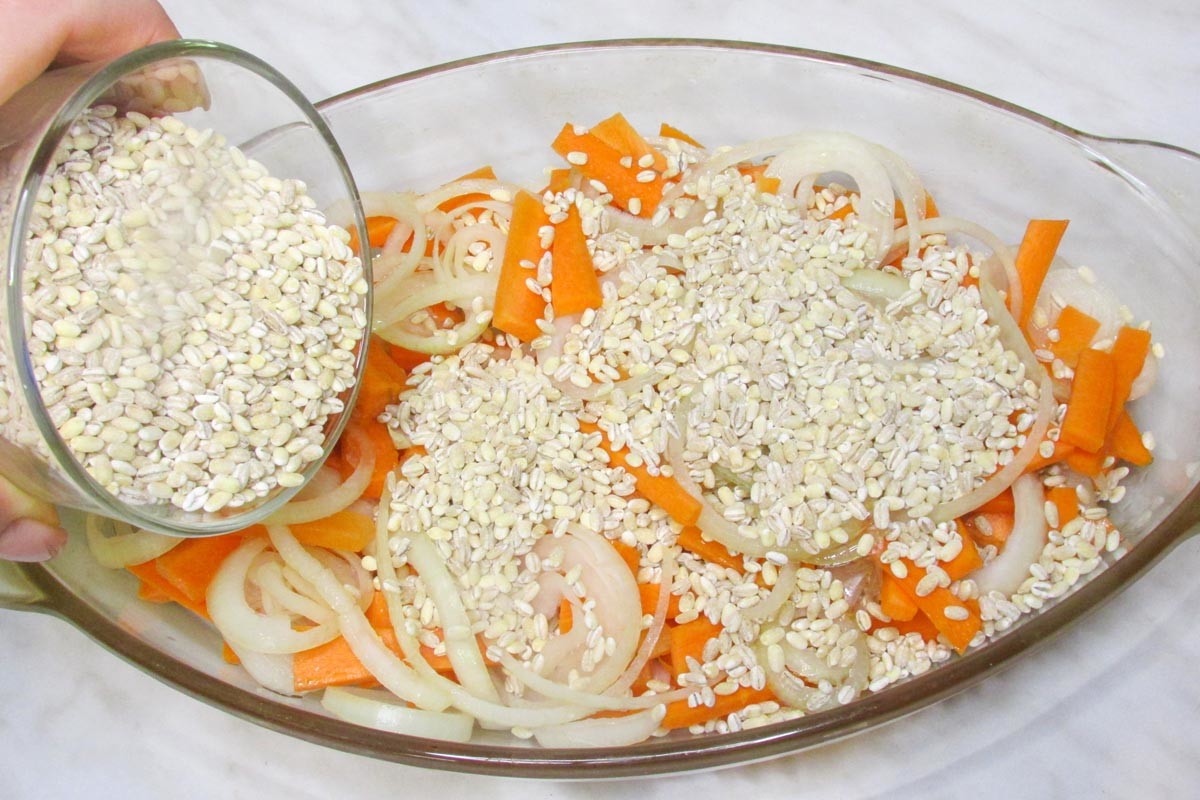 6. Carefully pour water just above the barley level, salt, and pepper the dish; close the lid and cook in the oven for 1.5 hours. 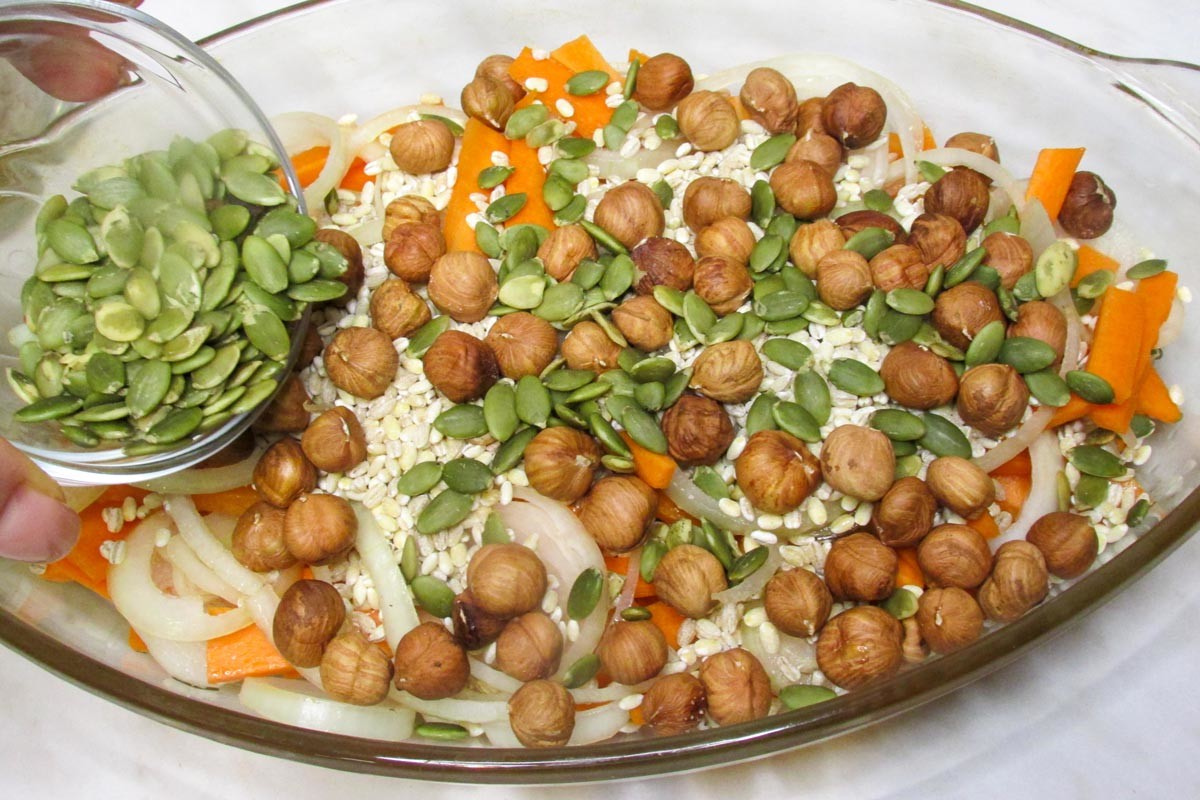 7. Chop and boil the mushrooms, or fry them, as I did, in a pan until they soften and turn a dark color. 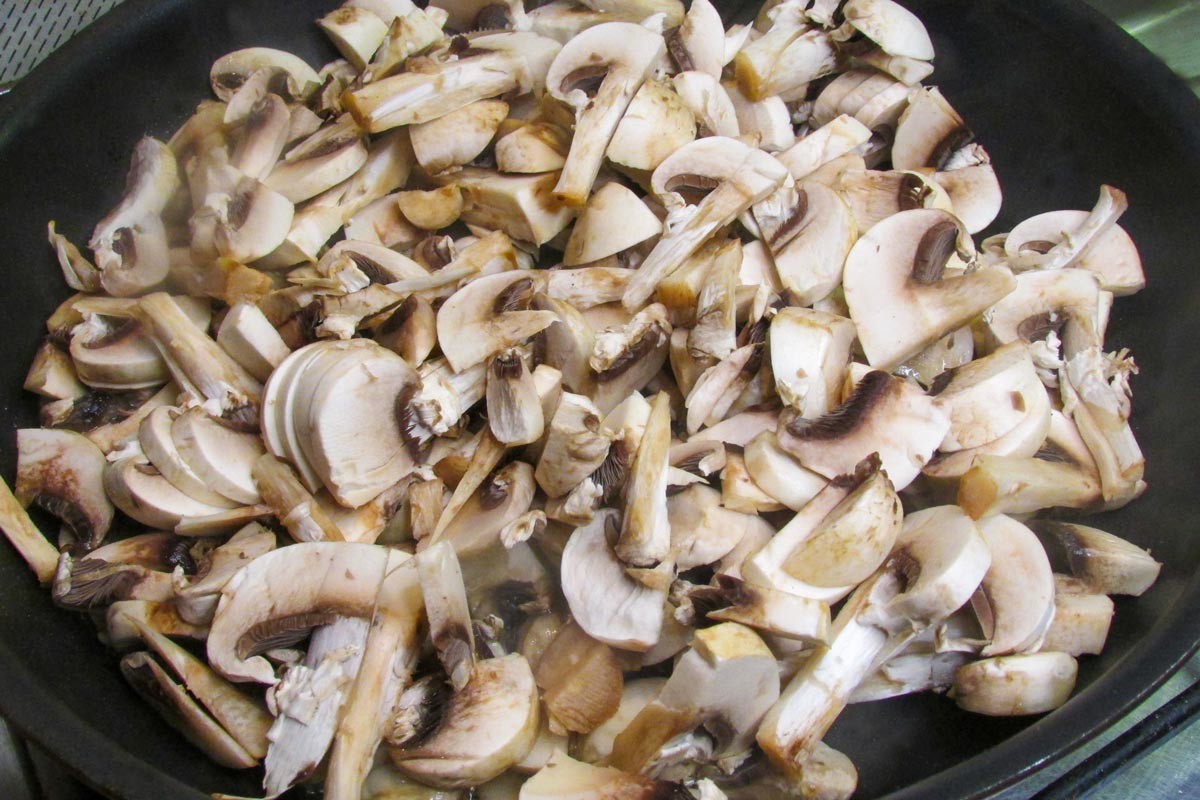 8. Just 15 minutes before the cooking is completed, add the chopped boiled (fried) mushrooms; stir the dish, and leave in the oven to simmer for 15 minutes. 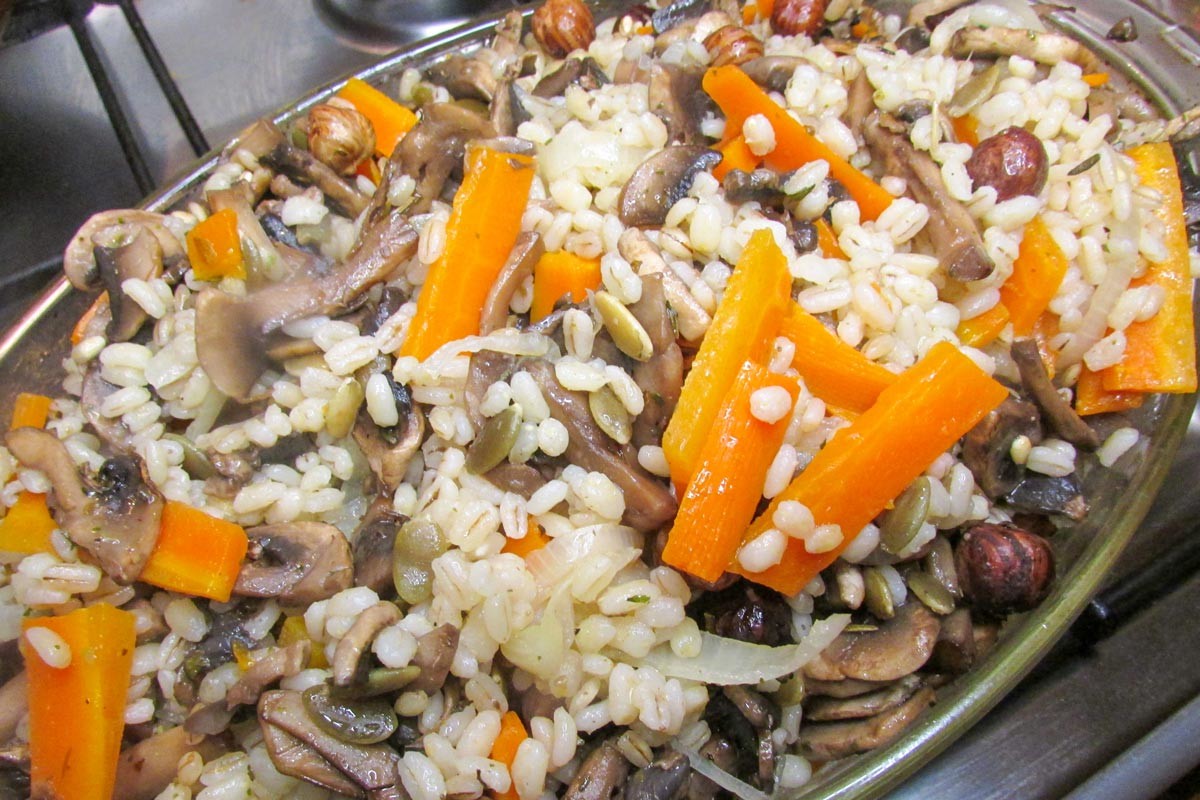 9. After that, season with vegetable oil or dill or parsley to taste. 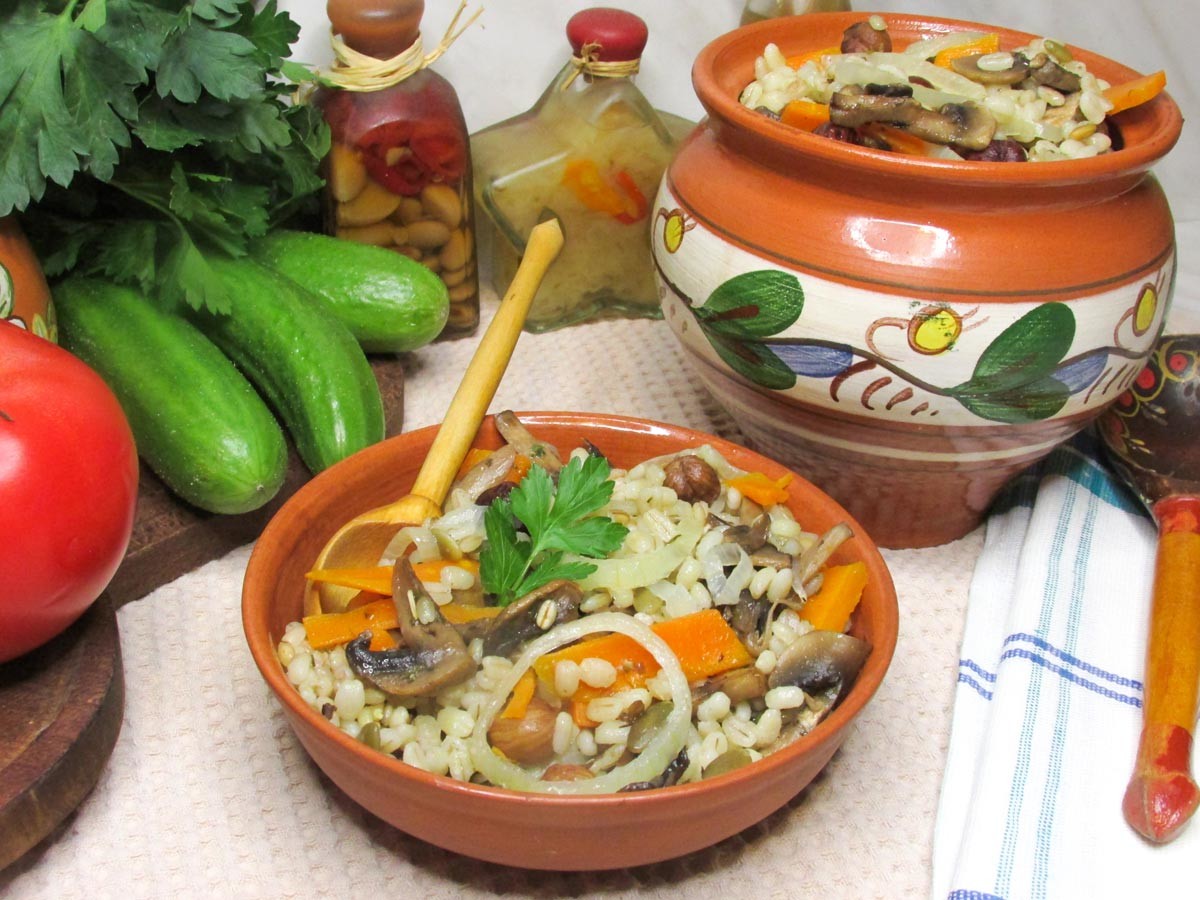