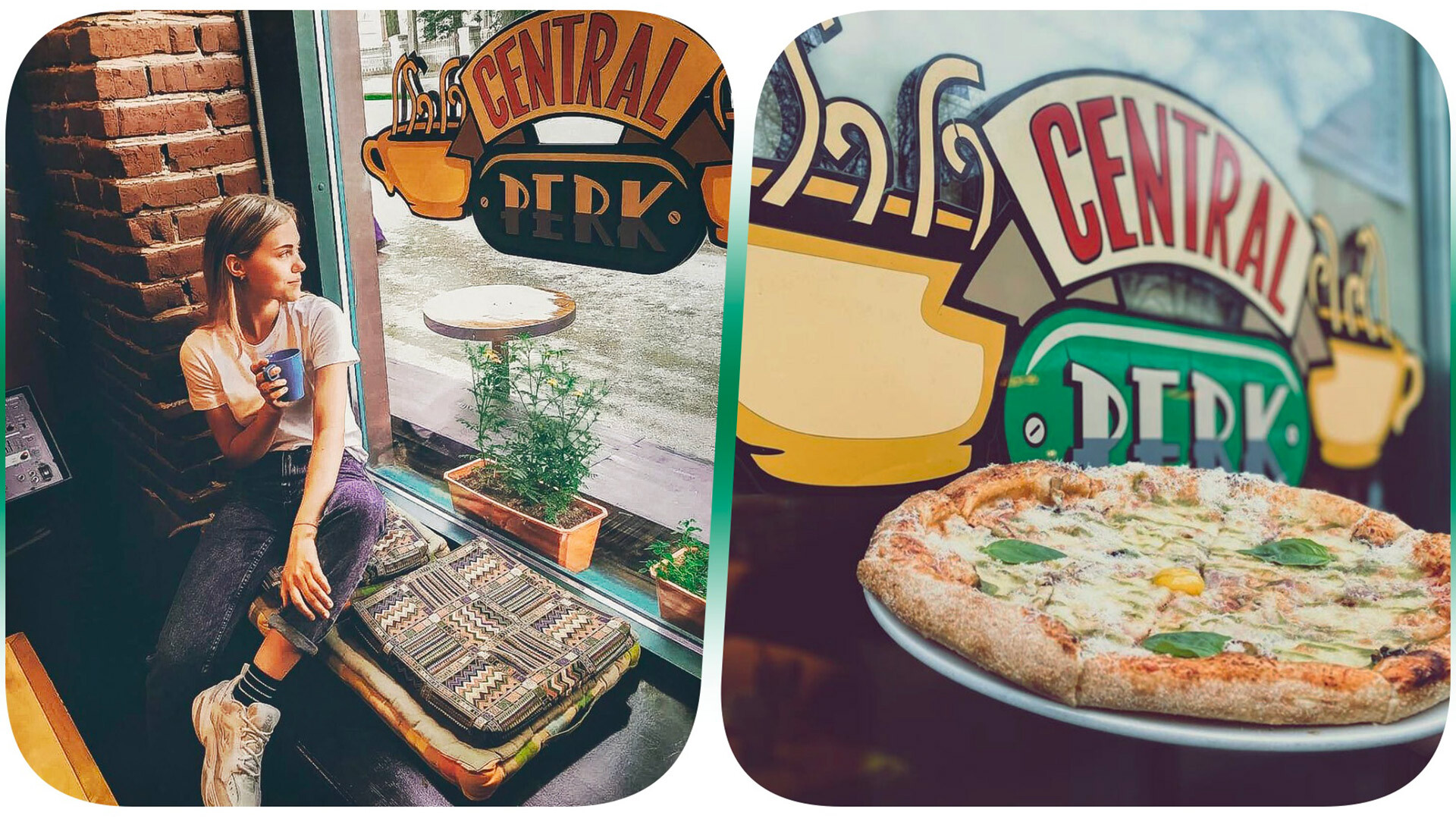 @centralperkperm
Visitors can plop down on ‘The Big Bang Theory’ couch, so beloved by Sheldon, as well as catch a glimpse of the, one and only, blue French horn, which heralded the start of the romance between Ted and Robin in ‘How I Met Your Mother’!

Admit it: you’d love to spend an evening in Sheldon and Leonard’s apartment and discuss the latest scientific discoveries, or rewatch one of the parts from the Star Wars franchise for the 1,000th time. Well, the closest you’ll get to that in Moscow is by Kurskaya metro station, at the small ‘Big Bang Café’, which looks like you’ve literally stepped inside the TV screen onto the show’s set. There’s the leather couch, the elevator that’s always out of order, posters with portraits of Penny and Amy - every little detail you can remember from ‘The Big Bang Theory’.

Adding to the special atmosphere are the dishes: the ‘swirling vortex of entropy’ or ‘Sheldon’s favorite pasta with tiny sausages’ or the ‘fun with flags with Dr. Cooper salad’, for instance. That being said, the visitors believe the menu could be made even better: “It would be cool to get a taste of that very food they eat in the show - like the Chinese takeaway noodles,” Aleksey Koval writes. “Meemaw’s cookies, for example, are absent from the dessert menu,” he adds.

How about some ‘Bro Code shrimp’ or ‘Robin Sherbatski salad’? Visitors can give those a try at Moscow’s Preobrazhenskaya Square Irish pub, styled to resemble McLaren’s from ‘How I Met Your Mother’ - the place where the show’s main characters all met. Guests at the pub are able not only to spend quality time in good company, but also take photos with the yellow umbrella, the blue French horn and the framed portraits of the show’s characters.

And for diehard fans of the show, the pub regularly does themed quiz nights. Visitors note that nostalgia for the show isn’t the only draw - the food and drinks are also great.

A branch of the café is due to open in St. Petersburg in the near future.

If you ever find yourself in Russia’s Ural district, then right in the heart of the city of Perm, you’ll find a replica of the coffee shop from the cult series ‘Friends’ - Central Perk. It’s easy to recognize the place from the building’s facade, which displays the show’s characters lounging around on the café’s sofa. Here’s a large choice of coffee-based drinks there, including pink lattés, banana-cream and peanut-flavor raf coffee, as well as burgers and pizza.

“Perhaps, someone might eventually get tired of the place, but I’ve never seen it empty,” a visitor writes. “Anyone can find something here that’s just for them. Some will enjoy the details from the show, others might just like the comfy couch and pleasant music. Someone else might just like the excellent coffee they serve.”

People in Moscow and St. Petersburg can likewise enjoy the atmosphere of ‘Friends’ if they visit the café of the same name (Druzya).

You can have coffee in Monica’s kitchen, relax in Chandler and Joe’s lazy-boy chairs, or relive some of the best moments of the series, displayed on screens throughout the café. Fans of the show note that both places are always packed, so the atmosphere is always pleasant. Everything has been well thought out, but visitors especially like hugging Joe’s penguin, Huggsy!

The numerous TV iterations of Arthur Conan Doyle’s iconic character have also found their reflection in restaurants and cafés. This way, Krasnodar residents and visitors can find themselves in a traditional English apartment, styled to look like the one Sherlock Holmes and Dr. Watson inhabit, complete with leather armchairs, wall clocks and a library. Guests will feel like true gentlemen having lunch there. The menu includes meat and veggie dishes, beer and, of course, a dozen varieties of tea. However - as in most Russian pubs, you’ll also find rye bread grenki (toast).