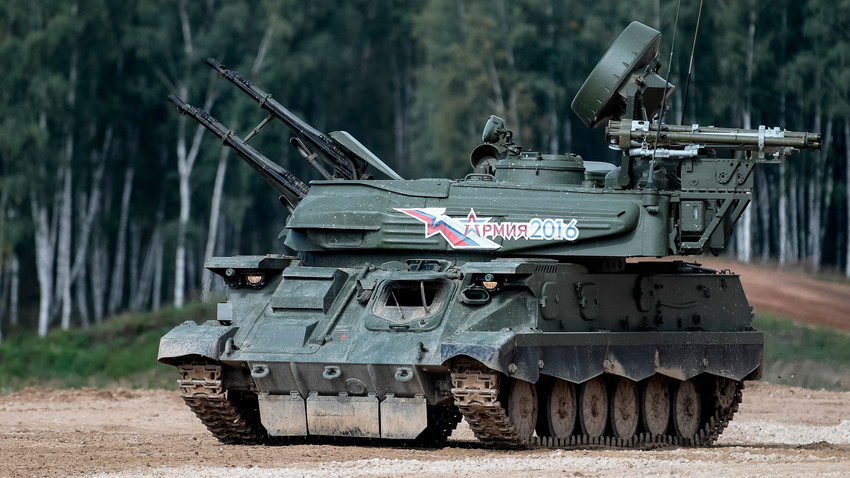 A ZSU-23-4 "Shilka" during a military machine demonstration at the Alabino training ground held as part of the international military-technical forum ARMY-2016.

Grigoriy Sisoev/RIA Novosti
The Russian army has begun testing maritime versions of the country's most advanced anti-aircraft missile systems. Ever since the Second World War anti-aircraft weapons have played one of the most important roles not just in the defense of cities from bombers, but also on the battlefield to counter low-flying attack aircraft. That includes the operation by Russia's Aerospace Forces in Syria, where they protect the Khmeimim base and Palmyra.

The following is a list of the most formidable anti-aircraft weapon systems in the arsenal of the Russian armed forces.

Despite its substantial age (it was designed in 1964), this self-propelled anti-aircraft remains one of the most famous Russian inventions of the 20th century.

In the course of over 50 it has managed to prove its worth in conflicts in Africa, Vietnam, and the Middle East. A round from its four-barrel 23-mm gun would pierce any low-flying target like a dagger. With its firing speed of around 3,400 rounds per minute, it creates a solid stream of tracer fire that riddled everything in its path with its projectiles.

The deadly cannon was used not just against low-flying enemy targets (attack aircraft and helicopters) but also light armored vehicles - for instance, during the Afghan war.

Technical progress did not come to a halt, however, and the Shilka's 23-mm rounds became inadequate for potential combat against well-armored equipment. And in the 1980s the military received a new anti-aircraft weapon that combined missiles with 30-mm ammunition rounds.

The first weapon of this kind was the Tunguska anti-aircraft missile and gun system. It combined guided missiles with two 30-mm 2A38M cannons that created an impenetrable barrage of 5,000 rounds per minute.

Unlike its predecessor, the new weapon could fire while on the move and also hit aircraft and helicopters at an altitude of up to 10 km with its missiles.

With the passage of time, the Tunguska has undergone a large number of alterations and modifications to meet new challenges and it remains to this day on a par with the country's most formidable anti-aircraft weapons, including the latest Pantsir-S1. 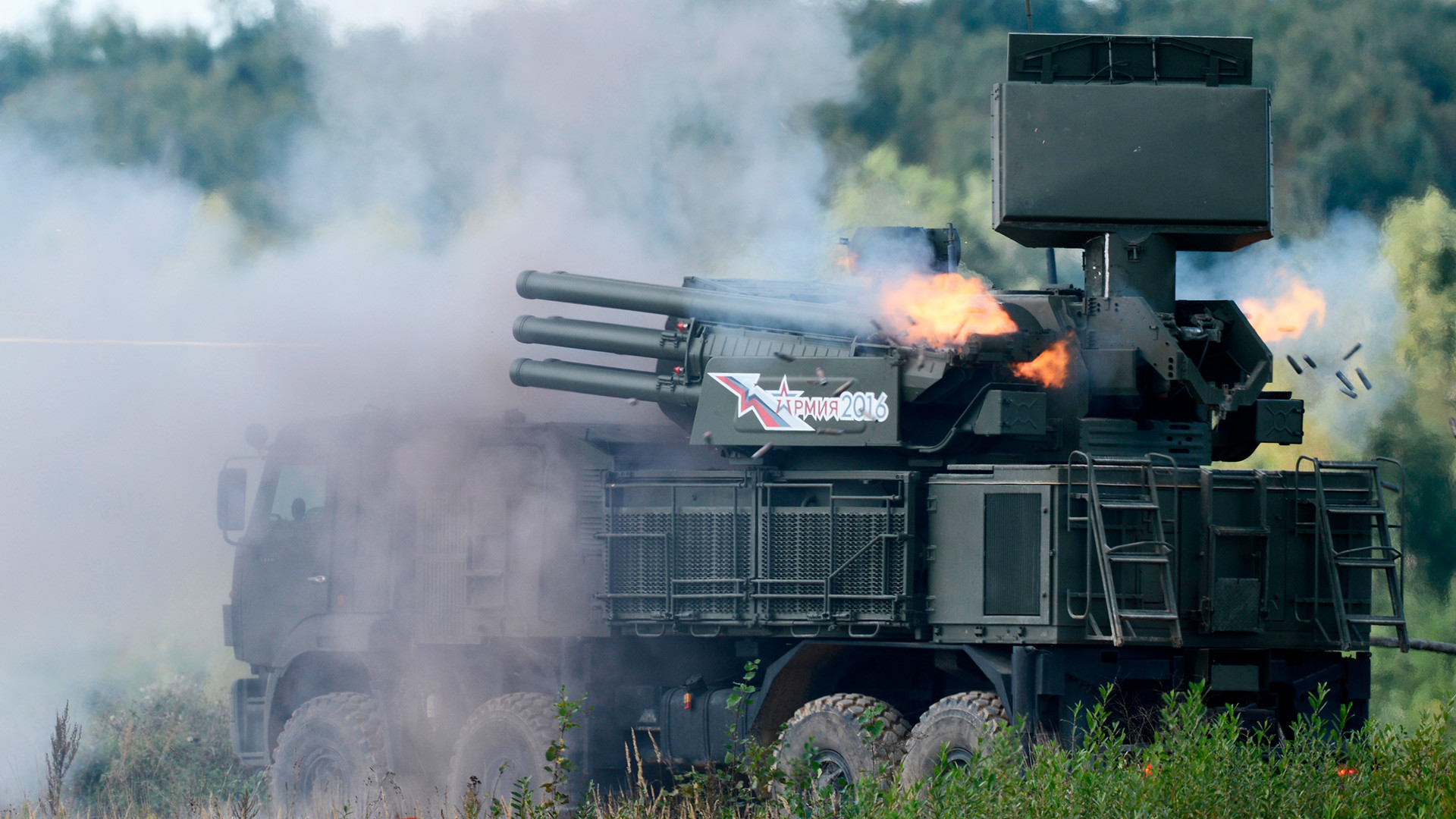 A 96K6 "Pantsir-S1" air defense missile-gun system during a demonstration exercise held at the Alabino training ground as part of the international military-technical forum ARMY-2016.

country's present-day layers of anti-missile defense are as follows. The first line of defense is provided by the S-400 anti-aircraft system which can "see" and shoot down all moving aerial targets at a distance of 400 km. for whatever reason, enemy aircraft with missiles get through this outer defensive ring they will be dealt with by the Pantsir-S1 anti-aircraft missile and gun system, which is armed with 30-mm twin-barrel automatic cannons and 12 57E6-E guided missiles.

Today the Pantsir system (the Russian word means "armor") is regarded as the last line of defense for civilian installations, military and troops deployed in the field. The armaments of the system have been designed to destroy missiles hurtling towards their target even at hypersonic speed, at a distance of up to 20 km and at an altitude of 15 m to 15 km - to put it simply, when they are already closing on their target.

The system is different from its Soviet predecessors in that it is almost fully automated. The anti-aircraft missile and gun system's computers independently detect airborne targets, after which the military press the button to fire, thus destroying the last threats that may have miraculously got through the S-400 and Tor-M2 defenses.

In June this year, Russian arms manufacturers unveiled to the world a maritime version of the system, which is currently undergoing state tests. Depending on the results, top officials at the Russian Federation Defense Ministry will take a decision on whether the Pantsir anti-aircraft missile and complex to take its place in the arsenals of the Russian Navy too.