Russian region’s budget delivered by robot. In a suit! 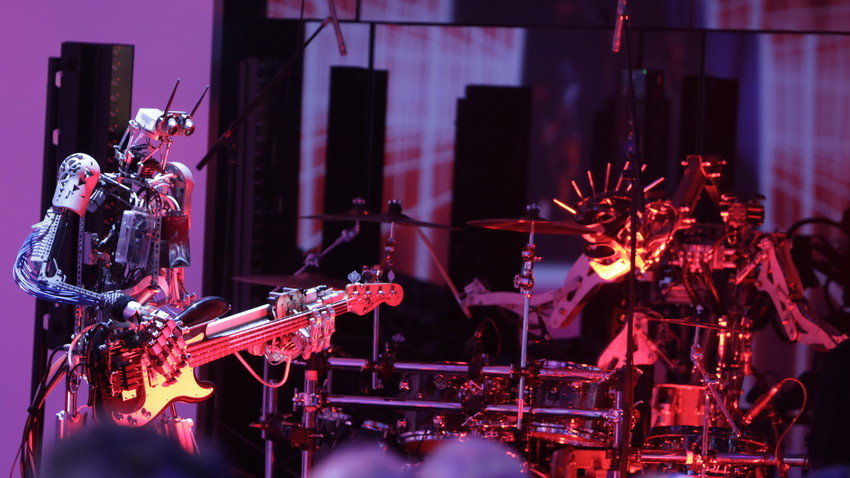 Some robots can play guitar and drums, like these guys. Their Russian colleague can only deliver budget like a true official

The governor of the Leningrad Region (near St. Petersburg), Alexander Drozdenko, is forward thinking – or at least that’s how he wants to be perceived. To demonstrate this he enlisted the help of a robot during a meeting with the chairman of the region’s legislative assembly, Sergey Bebenin. The android was dressed in a suit and had dreadlock-like wires sticking out of its head.

“This year we wanted to transfer the budget documents to you not only by but also with a special envoy!” Drozdenko said. The robot had the region’s budget uploaded into its memory and correctly answered Bebenin’s questions about financial figures.

Both officials seemed pretty happy. Though it remains unclear if the robot can do anything apart from telling figures (which, to be fair, a simple computer program could do as well) and being so fancy.