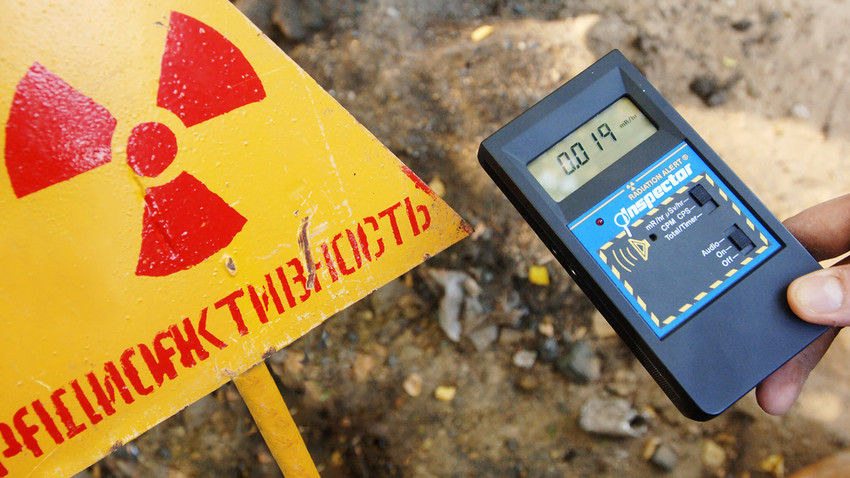 Current concentrations of radioactive isotope ruthenium-106 in Chelyabinsk region in Russia are still between 100 and 10,000 times lower than levels that could possibly make any impact on human health, according to Russian meteorological service (RosHydroMet).

In a press-release, the body also clarified that the levels of radioactive concentration were excessive when compared to the data from previous months, when concentration of ruthenium-106 was near zero.

The previous levels of radioactive isotopes have been exceeded between late September and early November of this year in several locations in the Chelyabinsk region. In the village of Argayash, concentration of the isotope surpassed last month’s level 986 times, and in Novogornoye — 440 times. Both villages are located close to the Mayak facility for reprocessing nuclear fuel.

Earlier, Russian Greenpeace office announced its intention to file a request to the General Prosecutor’s office of Russia to check for the possible concealment of a radioactive disaster.

On November 21st, the press office of Mayak reported that extraction of ruthenium-106 from used nuclear fuel on the facility was stopped years ago, and it has no connection to the increase of isotope levels in the atmosphere. Also, a Mayak spokesperson added that comparable concentrations of ruthenium-106 have been registered in late September in Slovakia and Romania, located appr. 1900 miles from Chelyabinsk region. Rosatom, the main regulatory body of Russian nuclear complex, denied any incidents in the country’s nuclear sphere that could provoke a ruthenium-106 leak.

As early as October 6th, 2017, German Federal Office for Radiation Protection reported an increase in the concentration of ruthenium-106 in Germany from September 29th to October 3rd, stating also that the concentration was at “very low levels”.