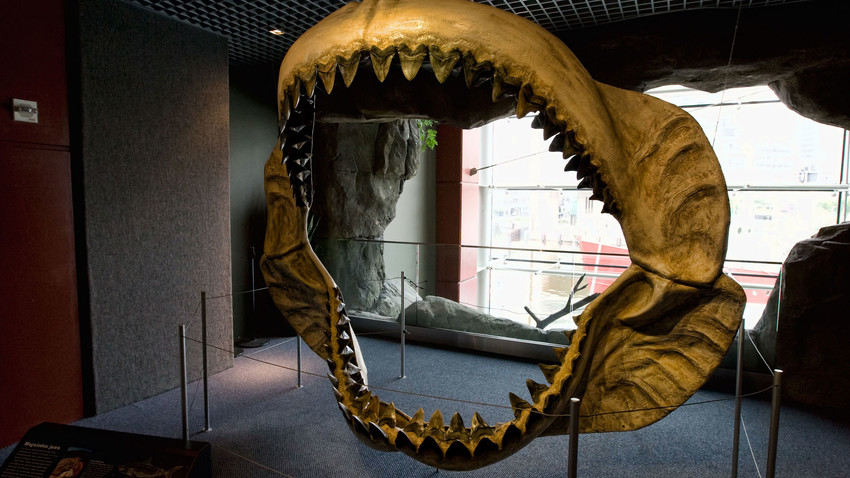 Megalodon jaws on display at the National Aquarium in Baltimore, U.S.

wikipedia / www.naviquan.com
A Chinese citizen in possession of a 30-million-year-old fossil wanted to cross the border in the Far East

The customs service of Russia's Primorsky Territory has confiscated the jaws of an extinct shark that a Chinese citizen tried to take across the border, Interfax reports.

The jaws consisting of 24 teeth are said to belong to an ancient species called Otodus obliguus. The animal inhabited the planet more than 30 million years ago. The fossil already has been transferred to the Far East Federal University's museum.

"Otodus obliguus is interesting because it existed tens of millions of years ago and was presumably the ancestor of Megalodon, the Earth's biggest ever shark, which reached 15 meters in length," said Irina Volvenko, the museum's curator.

The exact place of the teeth's origin is unknown—the Chinese man claims he bought them in Russia. Meanwhile, the museum experts say this paleontological antiquity has scientific worth. Teeth are the main feature of all marine predators, so researching them makes it possible to determine the species and the shark's place in evolution.