6 tips from Russia’s tech entrepreneurs: How to avoid getting stung by counterfeit bitcoins 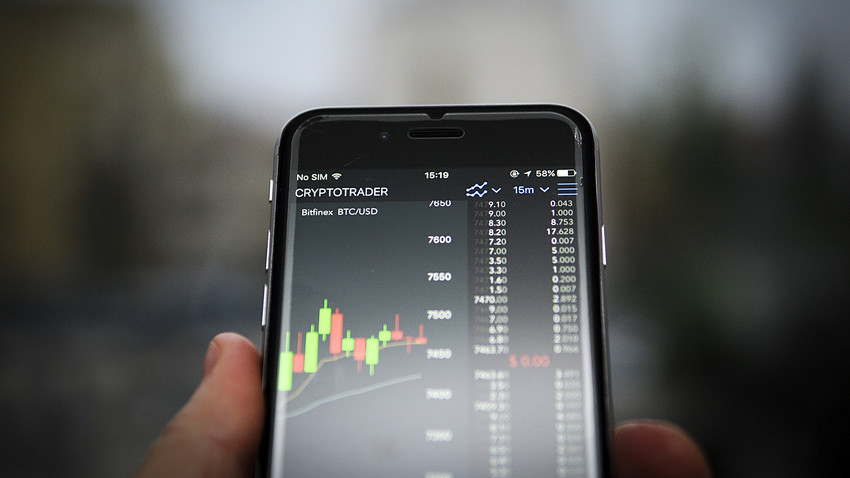 Today’s cryptocurrency market is like the Wild West, where there’s no sheriff

ZUMA Press/Global Look Press
Today’s cryptocurrency market is like the Wild West, where there’s no sheriff: People get rich in a heartbeat before losing it all moments later - it’s a minefield but you can strike gold. Crypto investors and security experts spoke to Russia Beyond about how to steer clear of the banana skins.

In 2017 a small, ten-member Russian IT company called Genesis Vision put its GVT cryptocurrency on the market. However, the virtual currency did not cost anything - the company had yet to reinforce its value with anything.

But at the beginning of January 2018, a tweet allegedly coming from John McAfee (founder of the eponymous antivirus) mentioned GVT and called it the “coin of the day.” His post was retweeted thousands of times and GVT’s capitalization reached $30 million – crypto investors, interpreting the tweet as a signal, rushed to buy the cryptocurrency that only days before had been worth next to nothing. Unfortunately, this was not the real McAfee Twitter account: It had an extra “l” in the word “Official.” In just 20 minutes GVT’s rate rocketed before plummeting, while the swindlers who published the fake tweet cashed in. Genesis Vision had nothing to do with it.

There have been about 70 to 80 cases in which cryptocurrency wallet owners were tricked and left with nothing. So if you have a couple of bitcoins, other cryptocurrency or you are thinking of getting them, read the following countermeasures.

1. Don’t tell anyone you have cryptocurrency

You shouldn’t write on your Facebook page that you own some cryptocurrency. There are people roaming the net collecting lists of potential victims: People who might have cryptocurrency wallets.

“Then these people receive harmful programs in all kinds of disguises (usually Trojan horses) that steal the keys to the wallets,” says Ruslan Yusufov, director of private clients at Group IB, a company. These viruses could arrive through a phishing email containing a harmful attachment or a referral link. Subsequently, the virus remembers the login and password that you use on the market to enter your wallet.

“A person wants to transfer money somewhere but a different wallet number appears on the screen. Because hackers can manage your computer remotely,” adds Yusufov.

Wallet holders must turn on a two-factor authentication system (when an SMS is sent to your phone to confirm the operation; it’s turned on in the settings in the wallet’s personal cabinet) or better, a special application where a unique one time code is displayed. Also, don’t forget to renew your antivirus.

3. Check EVERYTHING. And make bookmarks

“After registering on the market, add the site to your bookmarks and from then on enter the market only through the bookmarks,” explains Oleg Fakeev, a cryptocurrency investor.

Every popular market has a replica site (it’s absolutely identical to the original) where cryptocurrency thieves lurk. The awful thing is that these phishing sites always place their ads on Google AdWords or Yandex.Direct and appear first the search.

Before registering, check the market’s domain name (there shouldn’t be extra or missed letters), the SSL certificate, look at the resource’s age (if it’s a month old or less, it might be fake), and the history of hacks (it says how vulnerable the market is).

4. Analyze the team behind the cryptocurrency

Investors suggest paying attention not only to the capitalization and rate of the but first and foremost to the people who created it. Check how strong the team is, its entrepreneurial past, and the projects it carried out before.

“Today many people make cryptocurrency. But 70 percent of it is done to increase capitalization on the hype and make a nice profit by selling the tokens on the market. This is where the story of the cryptocurrency ends,” says . The rate is increased thanks to fake news, as in the case of McAfee, or “expert” commentary saying that the new currency will change everything.

Pyramids often disguise themselves as investment funds. recommends asking them for all and not just partial statistics on the bids. If the fund manages a million dollars, it must show the whole million-dollar turnover. “Not everyone does this, and it’s normal. For some this is not advantageous. But there are still many that are transparent.”

6. Don’t invest more than you are willing to lose

The cryptocurrency market offers lots of . But those who use it must first understand that they can lose everything. Therefore, don’t pledge your apartment or take out a loan.

In general, investing in cryptocurrency is similar to investing in a startup, with the same principles, remarks Yusufov. “When unknown people come to us and ask us for money, do we not first check what kind of people they are?”

But there is another, more original way: cryptocurrency for a stroll. Want to know how, click here.