Which new weapons has Putin given Russia? 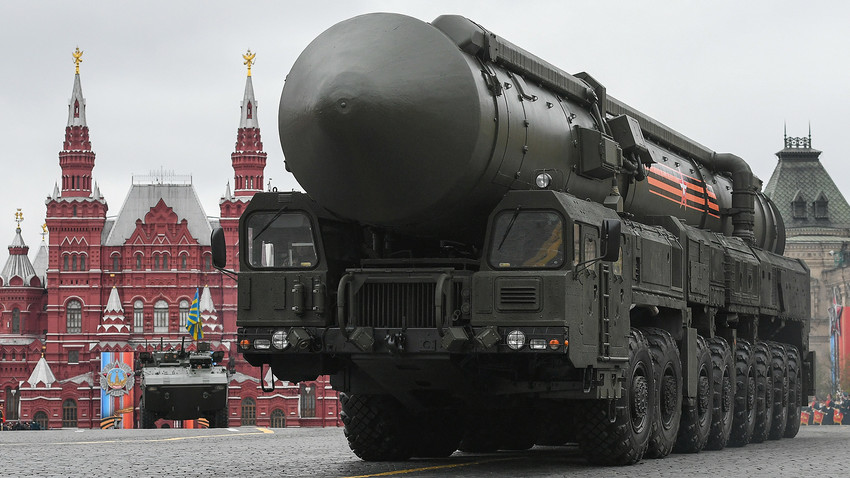 Alexander Vilf/Sputnik
Russia has created an entire range of hypersonic cruise and nuclear missiles that can prevent any potential conflict.

On March 1, during the annual address to the Federation Council, Russian President Vladimir Putin presented a new weapon that has made the world stand up and take notice.

Cruise missiles with a nuclear installation 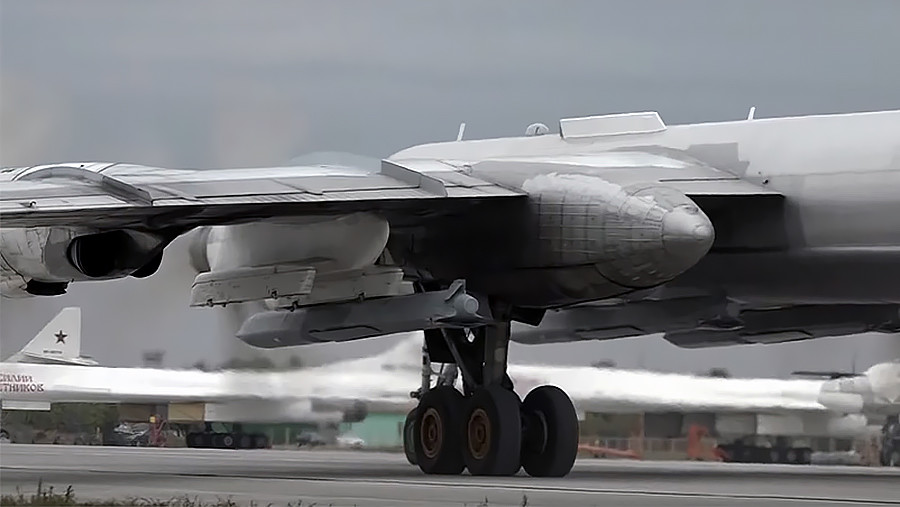 “We have begun developing these new types of strategic weapons that do not use a ballistic trajectory when flying towards their targets, which means air defense systems are useless and meaningless against them,” said Putin.

military analyst from the Izvestia newspaper Dmitri Safonov told Russia Beyond that this is a new missile, which resembles the Russian “X-101” missile and the well-known American “Tomahawk.”

“However, inside the new Russian development there’s a small, nuclear energy installation that multiplies the distance of the new weapon’s flight to its target - the striking distance of the ‘Tomahawk’ and the ‘X-101’ is 2,500 and 5,000 km, respectively,” notes the analyst.

The new Russian weapon is also low-flying and unobtrusive. In brief, it will race towards its target, skirting landscapes at supersonic speed, the Russian leader stressed.

“Since the distance [of the flight] is not limited, it can maneuver as long as it wants. As you understand, no one in the world has anything similar. Perhaps, sooner or later something like this will appear somewhere, but in the our guys will invent something else,” Putin summed up. 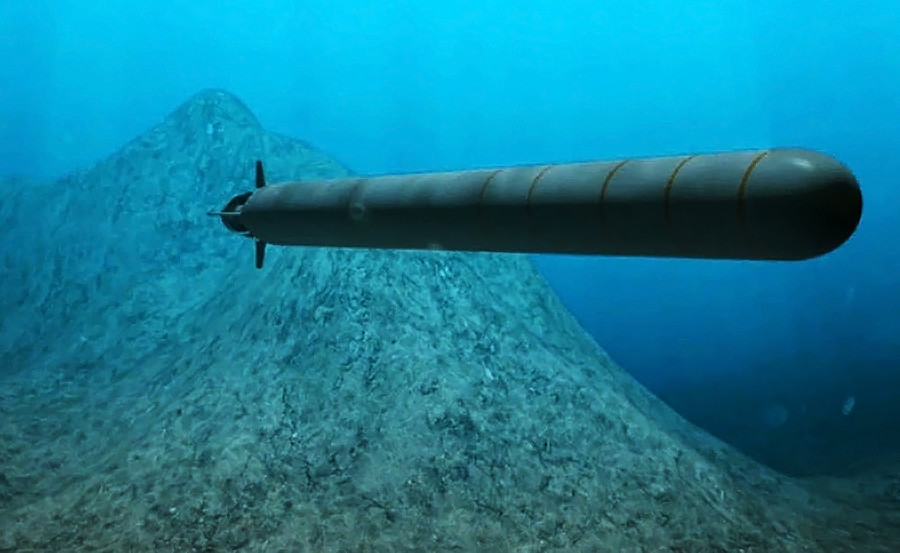 Another new Russian defense weapon is the “Kinjal” (“Dagger”) hypersonic aviation-missile system, which is also the only of its kind in the world.

“An important breakthrough in the development of hypersonic weapons systems was the creation, on the basis of the modernized MiG-31 airplane, of the aviation missile system with a high-precision hypersonic aeroballistic missile, which will be able to strike targets at a distance of more than 2,000 km, without entering the opponent’s air defense zone,” reads a statement by Commander-in-Chief of the Aerospace Forces Lieutenant General Sergei Surovikin.

In words, in just minutes the plane-carrier is capable of bringing the missile to the attack zone, where after the launch in just a fraction of a second it can accelerate to hypersonic speed (eight times faster than the speed of sound) and race to its target.

Also, a self-guided weatherproof warhead is located on the weapon itself. This will help the missile strike the enemy at any time of day or night, during rain or thunderstorms.

According to Putin, the weapon was delivered to the Aerospace Forces on Russia’s southern borders on Dec.1 last year. 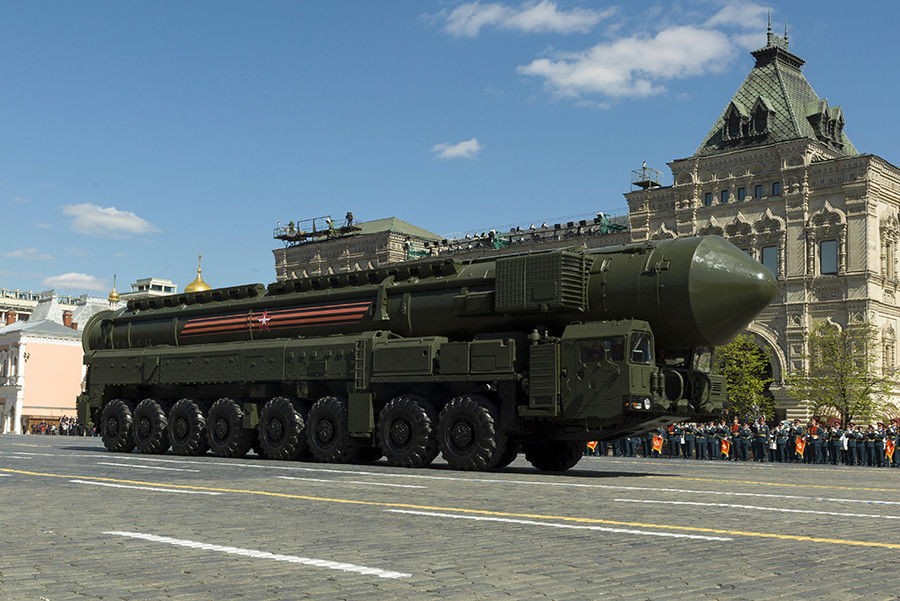 Another technological breakthrough in Russia’s weaponry is the RS-26 “Avant-garde” missile with a floating winged unit.

“For obvious reasons, we cannot show the appearance of this product. Even this today has significance, serious significance. I think everyone understands this. But trust me, we have all this and it works very well,” said Putin.

Also, the “RS-25” is an intercontinental ballistic missile and can strike targets anywhere on the planet. The “Avant-garde” will use thrusters to race through dense layers of at hypersonic speed. They will heat up the body’s material to 2,000 ℃.

“It flies to its target like a meteorite, like a burning ball, a fiery ball. And the winged unit can still be guided very well,” Putin explained.

Safonov added that since the “Avant-garde” flies towards the enemy at hypersonic speed and maneuvers in flight, it will be invincible against all existing anti-missile defense systems. 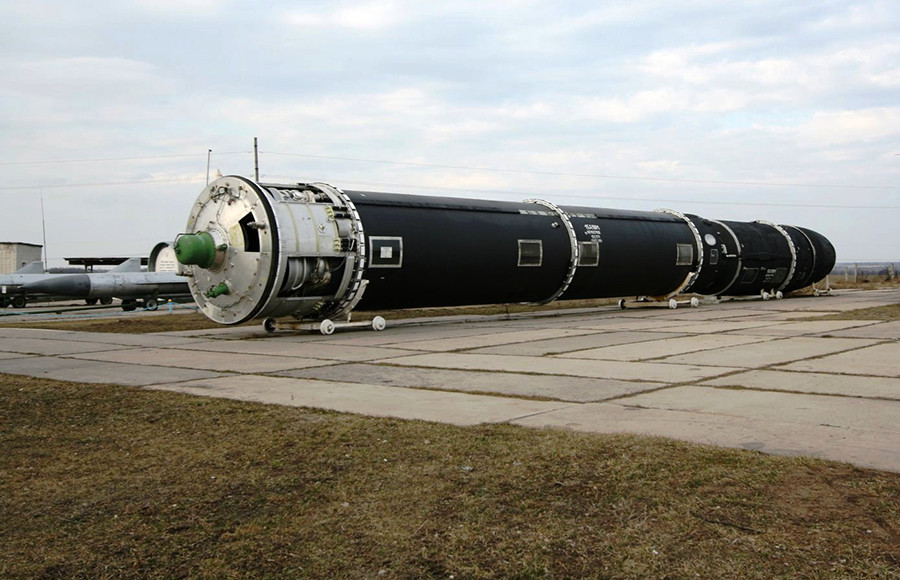 The Russian president also demonstrated to the world for the first time images of the launch of Russia’s new “Sarmat” heavy intercontinental ballistic missile.

This 200-ton monster is supposed to replace its aged precursor, the “RS-20 Voevoda,” in all the silos throughout Russia.

The “Sarmat” is a heavy intercontinental ballistic missile with multiple independently targetable reentry vehicles (MIRV). This means that inside one giant missile there is a group of nuclear warheads (up to 15), each with a capacity of 350 kilotons.