Photos of new ‘presidential’ sedan and minivan leaked to the media 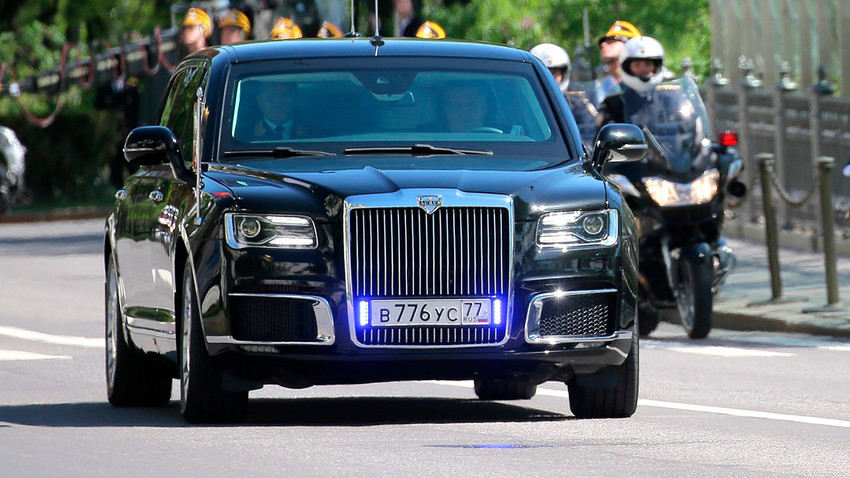 Kremlin.ru
The ‘Kortezh’ project is all about horsepower and V8 engines.

President Vladimir Putin’s luxury wheels are the talk of the town, with the special “Kortezh” project apparently nearing completion. Included in the project are a new minivan and sedan, images of which have been leaked to the media. The vehicles are part of a brand called “Aurus” and are expected to make their debuts during Moscow’s International Auto Show in August.

The design of the sedan is identical to the presidential limo, which drove Putin to his inauguration earlier this month on May 7. The Aurus sedan and minivan are expected to boast V8 4.4 engines under their hoods, developed in cooperation with Porshe, as well as 598 horsepower and nine-speed auto gearbox.

Russian company NAMI has been developing the “” project since 2013. Next year, “Aurus” models, together with an SUV, will go on sale to the public. But these rides won’t come cheap, starting from 10 million rubles ($158,715).